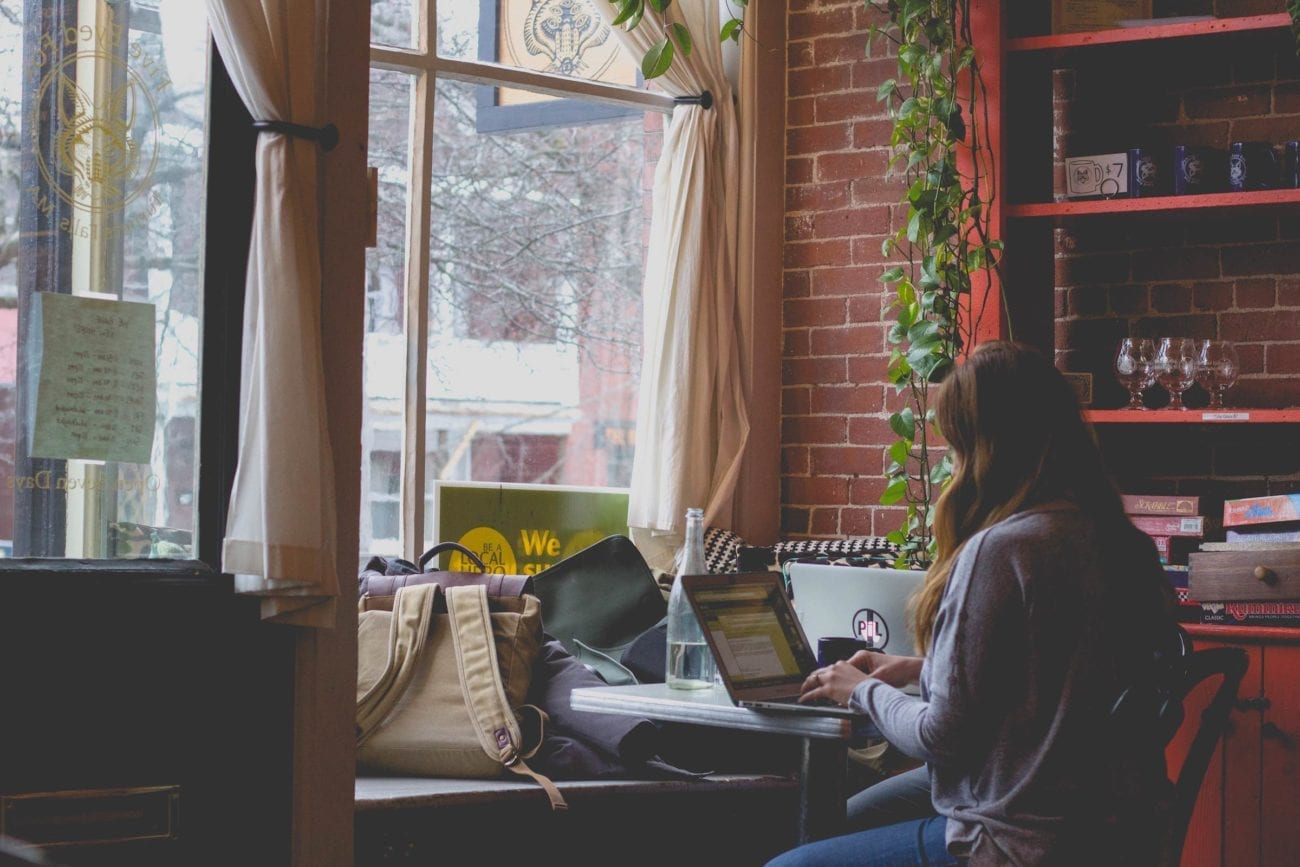 Like many other entertainment writers, I’ve often flirted with the idea of parlaying my Shakespearean skills into a career in the motion picture arts, specifically as a writer for episodic TV. I’m not lacking in chutzpah, but I lack time – so I’ve been looking for an easy system to help me organize my thoughts, and learn more about the craft of screenwriting.

My goal is to get my forthcoming TV spectacle down on paper and out into the world by the end of 2018. After a friend told me about the new product from The Script Lab called TSL 360, I took advantage of their free three-day trial to see if it could help me get my TV pilot script finished.

I set myself an ambitious challenge of using TSL 360 every day for 5 days to kickstart my screenwriting ambitions – hello budget screenwriters retreat, goodbye life. What a week it turned out to be.

Just me, my laptop, my notebook, and no distractions for sixty minutes every weekday. When the weekend rolled around, I committed to taking everything I had learned and applying it to my script in progress.

Not so blue Monday: Setting my intentions

My Monday went quickly. I was excited to get home and go deep into my budget screenwriters retreat. After a hellish subway ride home, I charged my laptop, threw on my sweatpants, and got Alexa to play some motivating tunes.

Soon I was ready to turn on, tune in, and geek out with TSL 360. I sharpened my pencil and prepared my Oscars acceptance speech in my head, setting my intention to give this self-directed screenwriters retreat my absolute all.

Before I jumped into the program, I wanted to get a feel for exactly what I was getting myself in to. Three days beforehand I’d never even heard of TSL 360, so I decided to dedicate my first screenwriting retreat session to researching the available content and coming up with a plan for how to get the most out of the program.

Trusty notebook in hand, I signed into the TSL 360  (which was incredibly easy with a fuss-free UX) and pored over the available materials, aiming to set my own screenwriting syllabus for the next few days. I prepared to eat, sleep and dream about screenwriting craft, screenwriting business and screenwriting networking for the foreseeable future.

I realized very quickly that TSL 360’s major strength is the industry professionals who teach the courses. I always have to consider the saying “those that can’t do teach” when looking at online courses – but everyone teaching the TSL 360 masterclasses has a life of experience in the trenches of the film & TV industry from which to draw.

I set myself a strategic goal. Since I need help finishing my current script, I decided to focus my week on screenwriting craft resources. 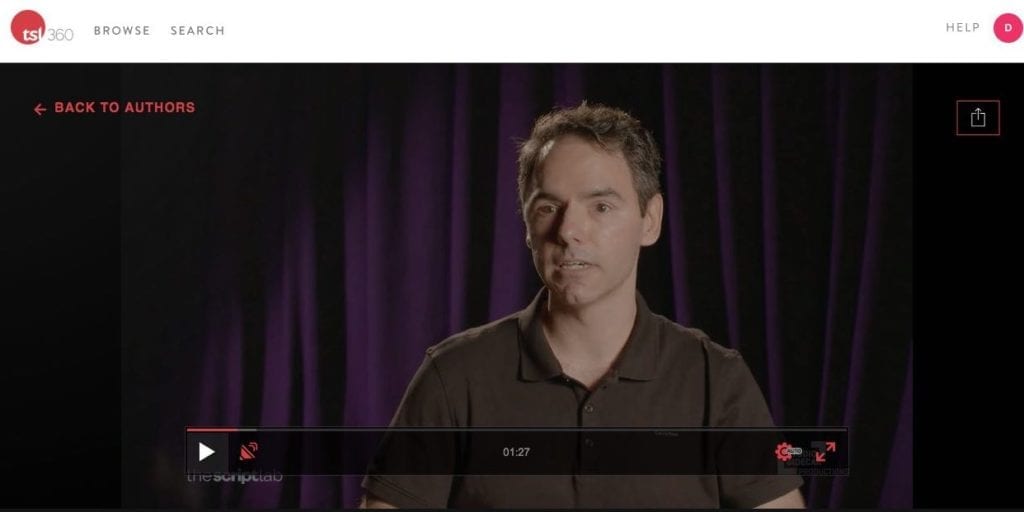 It was a no-brainer to start off my TSL 360 education with this video from Daniel Calvisi, who wrote one of my favorite screenwriting books, Story Maps: TV Drama. This former major studios story analyst has worked with the likes of Twentieth Century Fox and Miramax Films, so I felt certain he’d be able to drop some epic knowledge in his Masterclass.

Thank goodness for the pause button. I barely had enough time to scribble down my notes as his concise delivery was filled with valuable information. His class was succinct and easy to digest, chock-full of great examples from diverse shows streaming now. From this class I learned how I could use Atlanta, Transparent, and Master of None templates for my own TV pilot. 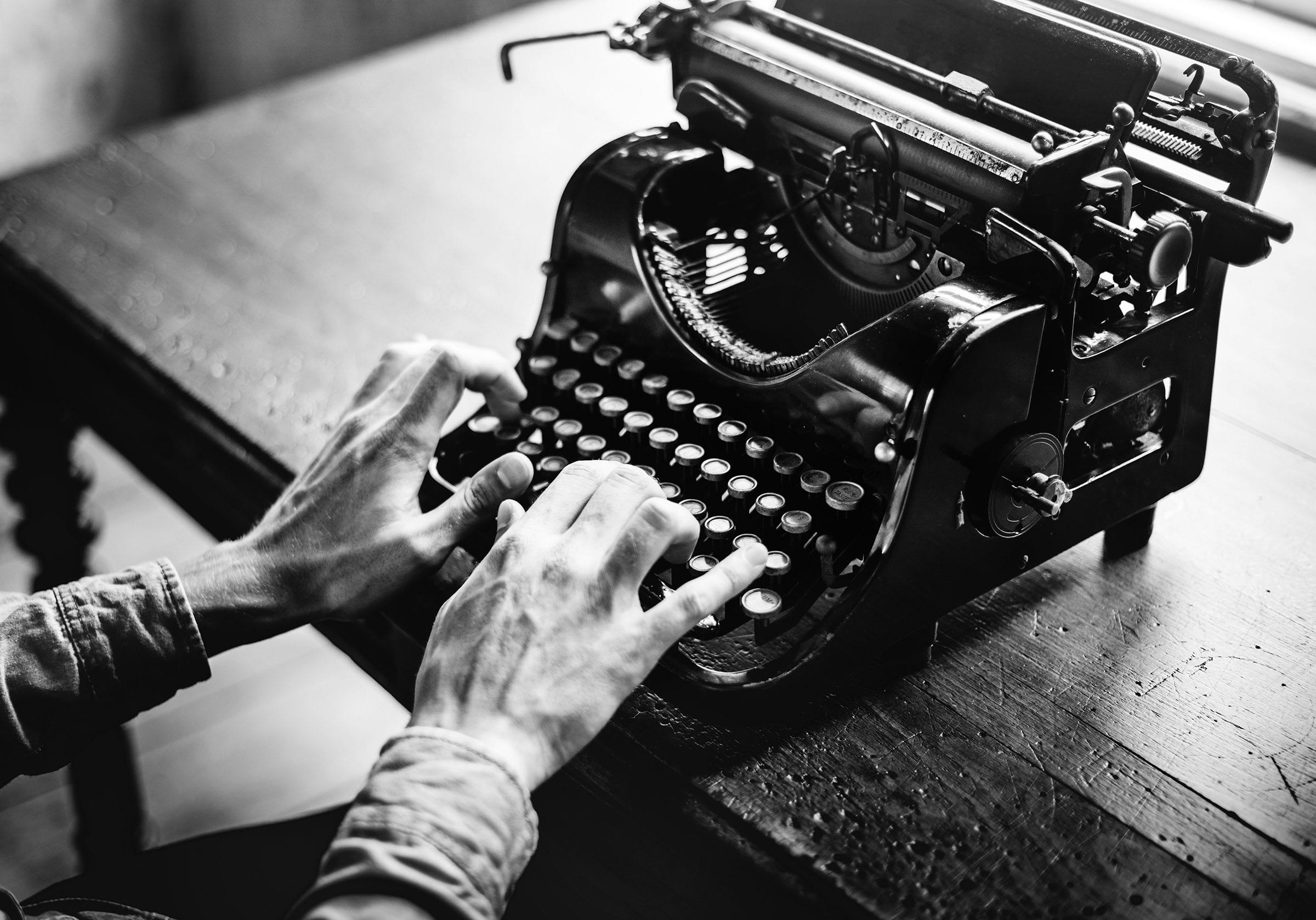 In a mere nineteen minutes, we covered a huge array of diverse subjects:

Equally exhausted and excited by this huge knowledge bomb drop, I decided to rewatch a couple of episodes of Atlanta, notebook in hand, and put some of Daniel’s theories to the test.

Day 3: Writing a TV Pilot That Sells with Jen Grisanti

I’ve been lucky enough to hear the incomparable Jen Grisanti speak in public before, so I was pretty pumped to get the chance to dive deep into her course. If you don’t know her work already, she’s a girlboss who runs her own consultancy. She’s also a story/career consultant, writing instructor, author, blogger, and former studio exec.

In this class, Jen explains the story system she devised to help her clients, and deeply analyzes the pilots of several television series, including Marcella, Happy Valley, and Fleabag. Jen has a personable and intimate style which makes you feel like you’re a friend or student talking with her one on one. In this course, she’s laser-focused on how to write your TV pilot in a commercially viable and accessible way.

This class is the perfect next step from The Thirty Minute Dramedy with Daniel Calvisi, a great overview of pilot writing. Jen Grisanti’s class on the other hand goes deep and dirty with the hows and whys of writing your pilot. From this class, I learned all about the importance of using stakes, actions, obstacles, and resolutions in my story structure. Then I learned how to use these concepts strategically in my pilot writing sessions in order to create a script that keeps readers turning the pages and wanting to know more.

My favorite thing about this class is that Jen dug into great TV shows easily available for me to stream, and discussed them in relation to her story system. By relating her system to TV shows I watched and loved, it helped me understand how to use her system to create a successful pilot. By using Jen’s system, I’m sure I can create a passionate screenplay that tells an important story, and in a way that’s marketable towards my target audience (studio buyers).

After that night’s lesson, even though it was late and I had a ton of copy to write the next day at my day job, I decided to take a red pen to my current work-in-progress following everything I’d learned from Writing a TV Pilot That Sells. After a 45-minute session, I realized I had a lot of work to do on my own pilot – but I’m delighted I’ve actually been able to create a workable screenplay structure. Thank you, Jen Grisanti! I’m one step closer towards my goal. 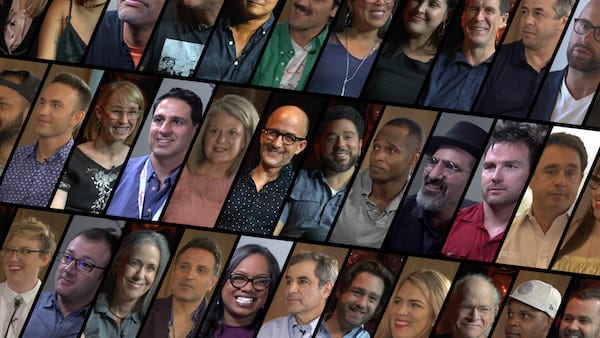 Kira Snyder is a writer and producer best known for her work on The CW series The 100 and The Handmaid’s Tale. She was also one of the screenwriters for Steven S. DeKnight’s Pacific Rim: Uprising. Before her illustrious career in TV, she was a video game designer and writer and a lead creative at Yahoo!.

It seemed like a great idea to decompress with my hour of TSL 360 today and get some insight from a force to be reckoned with, one of the leading women working in the TV screenwriting industry today. I found this conversation very insightful. It’s incredibly inspiring to hear the story of how hard Kira Snyder worked to get where she is today after making a big career change later in life.

As a novice screenwriter with ambitions to run my own show, I took particular interest in how she used her past life experience as talking points in industry meetings. It was so encouraging to hear that many other screenwriters have come from different careers and gone on to successes writing for big shows.

I’m a massive fan of The Handmaid’s Tale, so I really enjoyed hearing about what goes on behind the closed doors of the writers room. I took a lot of notes on this section and considered how to apply the techniques to my own writing process.

For my final day of TSL 360, I decided to dive deeper into genre writing. Britta Lundin is a TV writer, novelist, and comic book writer and writes for Riverdale on The CW. She’s also written a fantastic young adult novel, Ship It, about fanfiction, Comic-Con, and wanting more from the TV shows you love.

I was drawn to the conversation with Britta because I’m interested in writing a genre piece for young adults. Not only does she write for Riverdale – one of the most stanned shows of all time – she’s also a fandom expert in her off-duty time, with a ton of self-proclaimed experience “reading gay fanfiction on the internet”.

I found this lesson incredibly useful. Britta talked about her experiences working within a writers room and growing in that role. It’s fascinating to hear how the Riverdale team works together to produce each episode, and how they collaborate on each storyline. 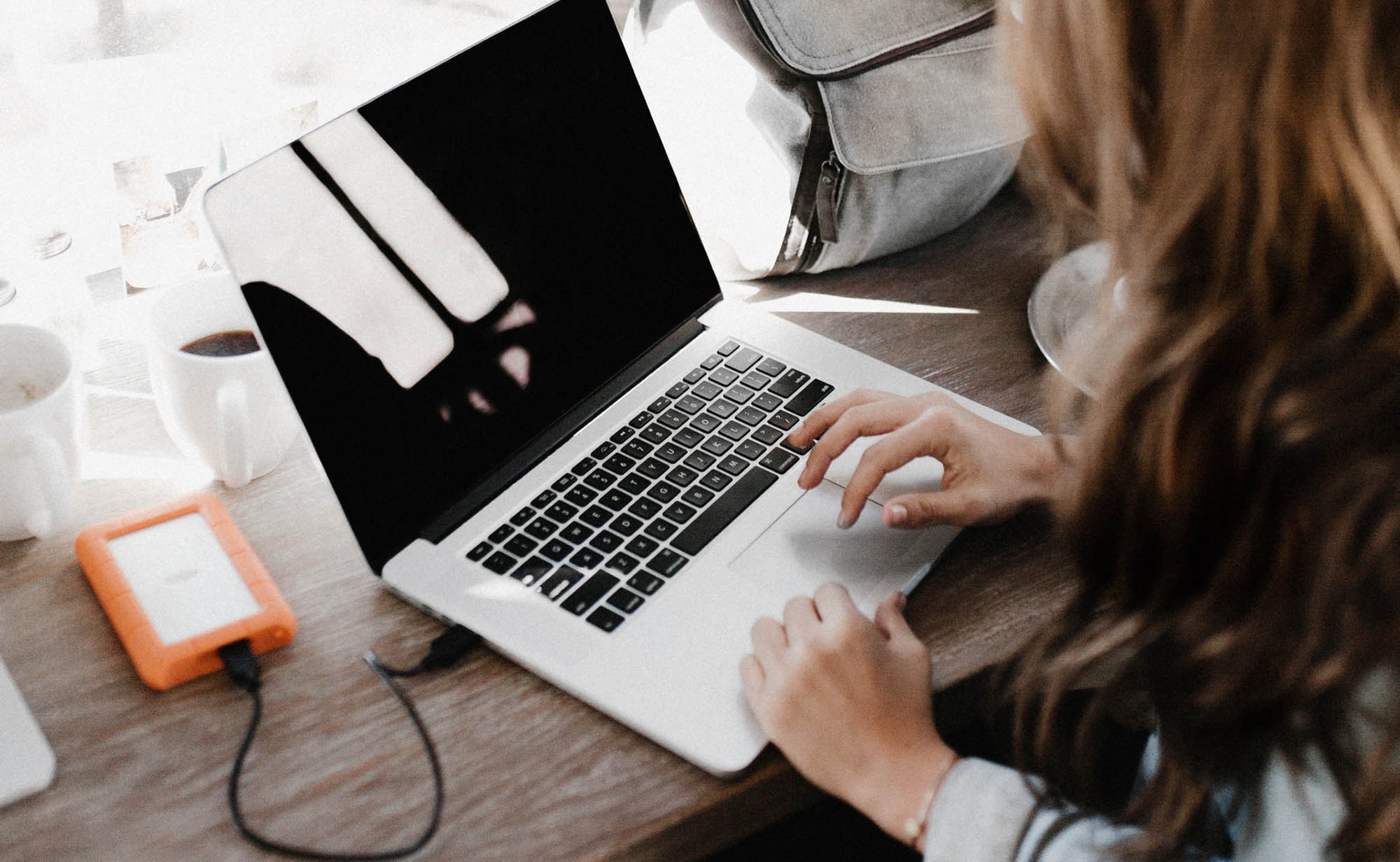 Ever wondered what it’d be like writing for Film Daily? We caught up with one of our newsroom heroes at the tail end of one of her busy days to find out what exactly a day in the life of a Film Daily content writer is like. Though we’re warning you right now – it’s pretty fucking glamorous.

Screenwriting for Fandoms is a captivating conversation about the actual nuts and bolts involved in producing a show with quick turnaround while keeping its voice fresh and relevant. This conversation prompted me to consider using the collaborative techniques of the Riverdale writers room to flesh out my characters, really getting to know the point of every character’s action in each scene and the underlying intentions and motivations.

Britta Lundin mentioned it’s ok to get up at 5am every morning and not have a social life if you’re pursuing your dream. She also taught me to lean into your obsessions – you always write better when you know your subject inside-out.

I spent well over six hours watching content from TSL 360 over the past week, and I can say honestly it’s changed my approach to screenwriting for the better.

Firstly, it made me realize a career or even a hobby as a screenwriter is not a pipe dream. Everyone who was interviewed spoke of the hard work they put into their screenwriting careers. No one got offered their first opportunity on a plate, but with hard work, talent, and determination, they fostered dynamic careers in screenwriting.

Secondly, the courses enabled me to create a strategic approach to prepare my screenplay for potential partners. Lastly, TSL 360 demystified the screenwriting process, making it manageable for me. By breaking down story structures, screenwriting formatting, and the business side of the industry, I came away from my week with renewed energy for my screenwriting project. I can finish my screenplay, and when I do there is a lot of support to help me get it out into the world.

TSL 360 is a mere $12 per month, a tiny fraction of the cost of a film school screenwriting course, the cost of one screenwriting book from Amazon or your daily Starbucks run. I was only able to delve into a fraction of the content available in the time allocated, but the value I got is way over twelve bucks. If you’re even considering writing a screenplay, you need to get TSL 30. Why not sign up for the three day free trial and see for yourself.

As for me and my work, I’m not going to quit my day job yet – but with the support of TSL 360 and services like Coverfly, I’ll be well on my way to submitting to some reccommended screenwriting contests in 2019. Thanks, TSL 360! You gave me a little inspiration and a whole lot of structure to encourage me in my love of screenwriting. 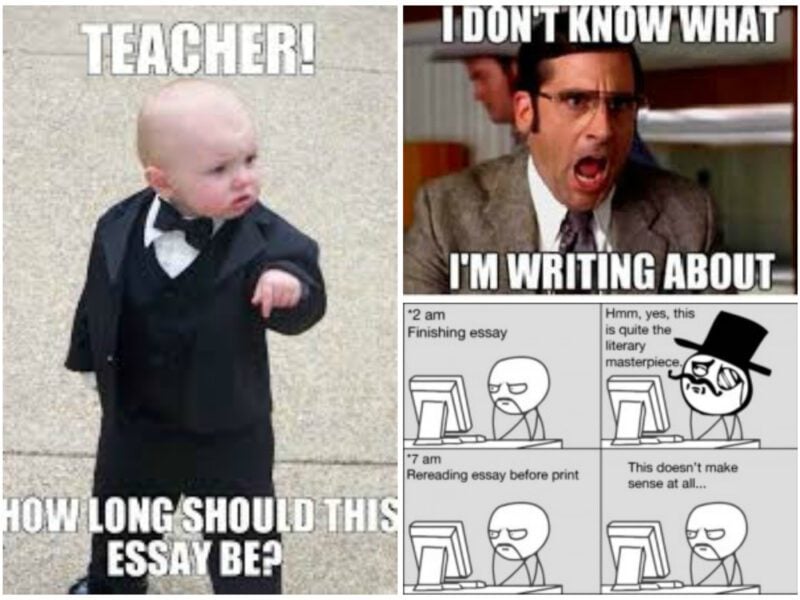