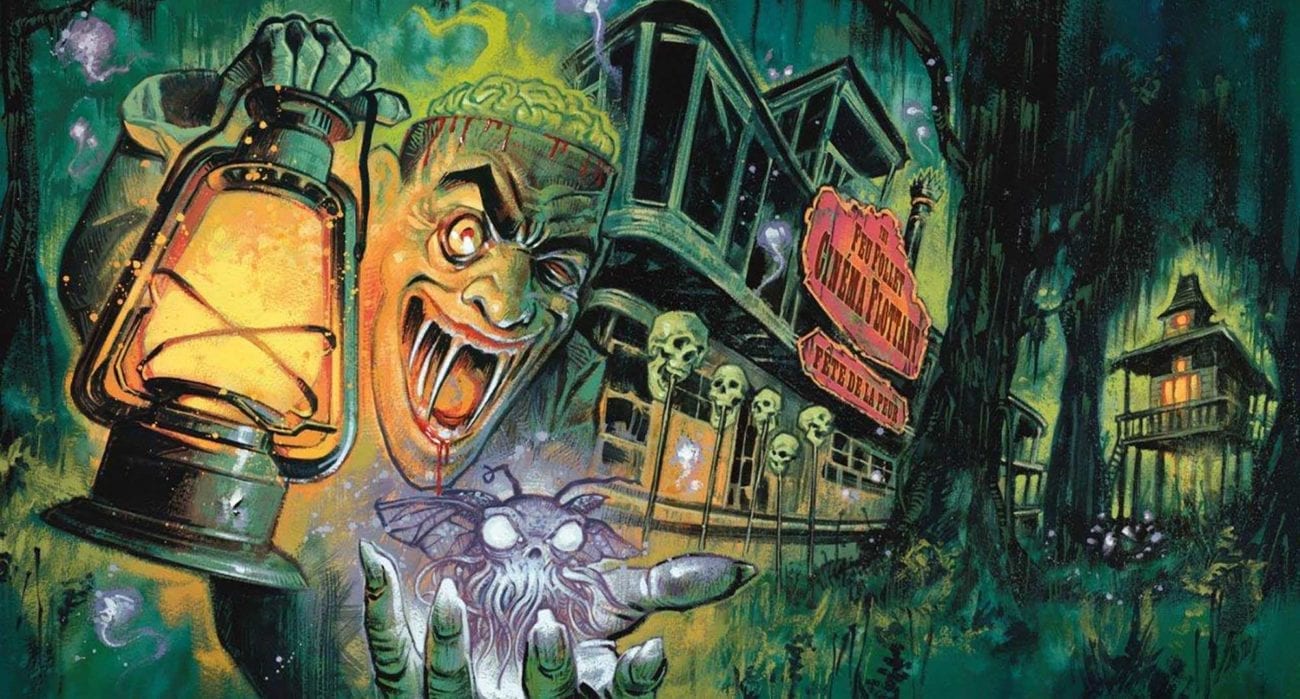 If you thrill for things that go bump in the night and delight at the sight of a blood-spattered sequence, then you definitely need to know all about the best indie horror film festivals. Particularly as genre festivals are renowned for bringing together some of the most impassioned and vocal film-loving communities you could ever hope to meet – nobody wants to enjoy and endure all that fearsome fun alone!

Bursting with atmosphere and full of bold, daring, and often undiscovered cinematic treasures, horror film festivals are heaps of fun (especially if you have a strong stomach and a taste for terror). From all around the world, here are ten of the best indie horror film festivals.

Dedicated to screening films only from indie filmmakers and small studios, the Portland Horror Film Festival thrives on fresh ideas from independent voices. Open to films of any horror genre including supernatural, psychological, dark fantasy, and the goriest “vast vistas of horror” imaginable, this four-day showcase celebrates “the best films from the horror masters of tomorrow.” No mainstream horrors allowed.

A Night of Horror

Described by Fangoria as being, “a festival of frights gorging itself on a diet of sinister submissions from local & international filmmakers,” A Night of Horror is Australia’s oldest premiere showcase of indie horror cinema. Devoted to promoting independent artists, the fest pledges to program the majority of its lineup from independent submissions so that more emerging talent can rise through the ranks to be seen and celebrated by an edacious, genre-loving audience.

Presenting a niche selection of horror movies written & directed by women, AxWound is a female-driven indie film festival devised to celebrate, empower, and inspire women in the horror industry. Created by Women in Horror Month founder Hannah Neurotica, the festival showcases an outstanding feature alongside a selection of short films, and includes a full day of indispensable panels & workshops for every scream queen looking to sharpen her voice.

With recently acclaimed indie hits such as Tyler Macintyre’s Tragedy Girls, Natalia Leite’s M.F.A., Jeong Byeong-Gil’s The Villainess, Megan Freels Johnston’s The Ice Cream Truck, and recent Sundance smash Summer of ‘84 all slated to appear at the 2018 event, that Hollywood horror community is in for quite a treat. Whether you’re a filmmaker or a film fan, this festival is more than worth burning the midnight oil for.

Developed to promote the fantasy & horror genre, Cryptshow Festival has been bringing a whole host of monsters, killers, aliens, zombies, and delightful scenes of darkness to sunny Barcelona for the past 12 years. Making this quirky horror festival stand out from the pack is the unique Official Competition Section Jury Award trophy – a mechanical saw made by Catalan ceramist Marta Martinez i Hortet – and a devilish cash prize of €666.

Providing “everything you’ve always wanted to know about indie genre filmmaking but were afraid to ask,” Hollywood Horrorfest is a new indie film festival packing quite a bit of heat. As well as featuring a prestigious showcase of indie horror, the festival also gives winning entries the opportunity to be part of the acclaimed Amazon Video anthology series Hollywood Horrorfest Presents.

Aiming to help filmmakers “screen, be seen, & market your dream,” Horrorfest also gathers representatives from indie distributors, sales reps, and PR companies for panels constructed to help filmmakers figure out their next steps in the horror world.

As Mexico’s first genre festival (and the second ever conceived in Latin America), Macabro was established in 2002 as an event for celebrating new indie horror films alongside classic cuts & cult movies. Over ten days, this highly-respected horror festival combines screenings with masterclasses, retrospectives, parties, and Q&A sessions with special guests.

Founded in 2009 as Fright Night Theatre before evolving into the annual fan-favorite event it is today, Hexploitation screens seven feature films and around 20 shorts over three magnificently horrific nights. Showcasing the best “shocking, scary, schlocky, and scintillating independent and mainstream horror / genre films” alongside informal Q&As and themed parties, the festival offers a one-of-a-kind experience made by genre fans, for genre fans.

Previous official Hexploitation selections and award winners have included such groundbreaking films as Jennifer Kent’s The Babadook, Agnieszka Smoczynska’s The Lure, and Lowell Dean’s Wolfcop, making it an essential event for genre fans hoping to catch new indie movies ahead of the buzz.

Often referred to as being “the Sundance of Horror,” Screamfest was established in 2001 by producers Rachel Belofsky & Ross Martin to give indie genre filmmakers an opportunity to showcase their work to the film industry.

The festival is renowned for launching careers, particularly following the success of Oren Peli’s Paranormal Activity, which was notoriously discovered at the festival in 2007. Featuring a consistently impeccable selection of the best in indie genre cinema – alongside a prestigious film & screenwriting competition – Screamfest is truly a festival to die for!

Remaining an essential fixture in the calendar of horror fans and filmmakers since it was established in 2000, FrightFest has since evolved into one of the biggest fantasy & horror festivals in the world. Featuring a unique atmosphere emboldened by a raucous sense of community, FrightFest showcases horror flicks from major indie studios and emerging filmmakers. As an added bonus for genre fans, FrightFest also stages an annual Halloween extravaganza on the last Saturday in October.