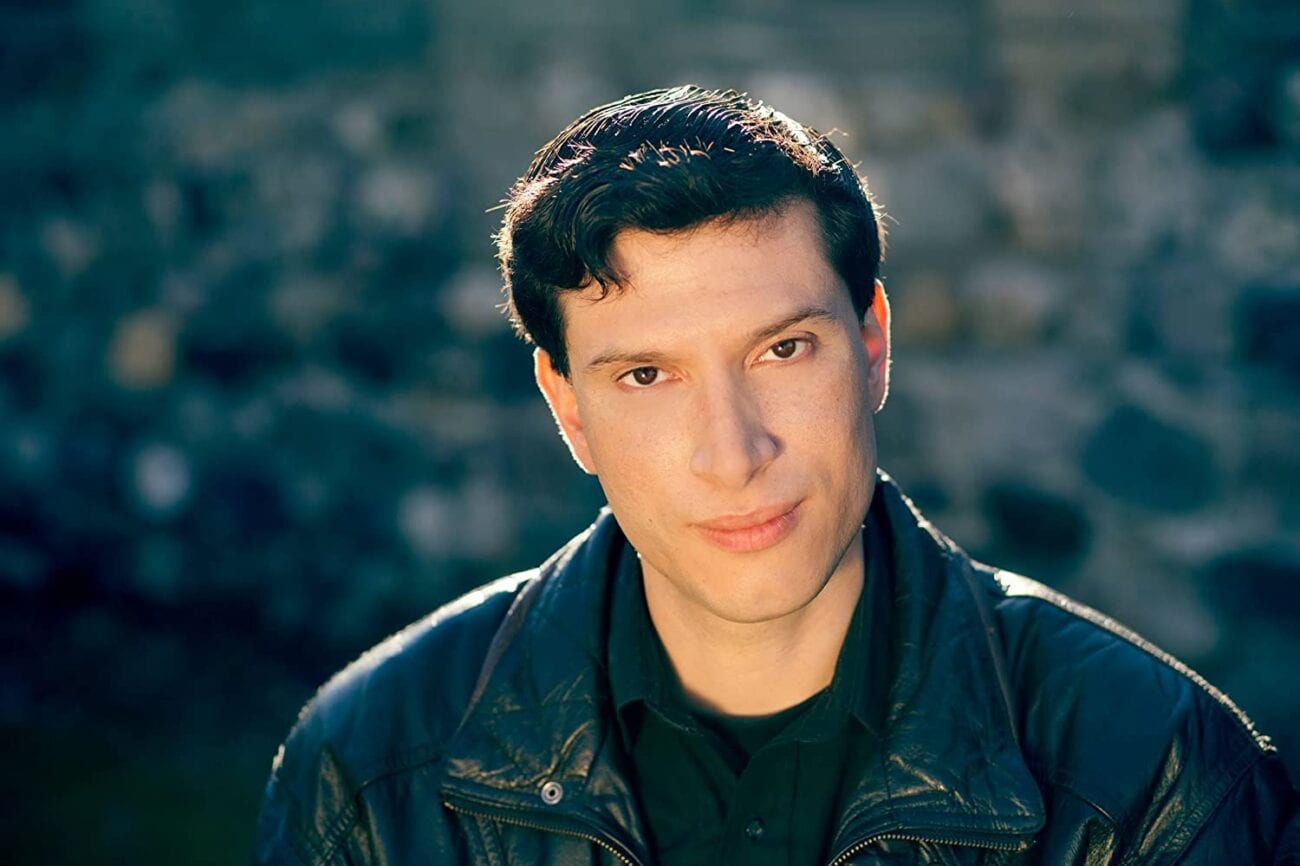 Ken Holmes has always had his heart on storytelling. But initially, he thought it was storytelling in the form of acting. As he grew older, he realized it was the magic of the movies that drew him in. From there, it was just a matter of nailing what part of filmmaking he wanted to be a part of.

Years later, Holmes is still kicking it in Hollywood, releasing his new short film Old Hearts Cafe. Initially a web series pilot, the project shifted into a short film, that Holmes is still showing at festivals with numerous accolades. In honor of the film’s success, we interviewed Holmes about his filmmaking journey and style. 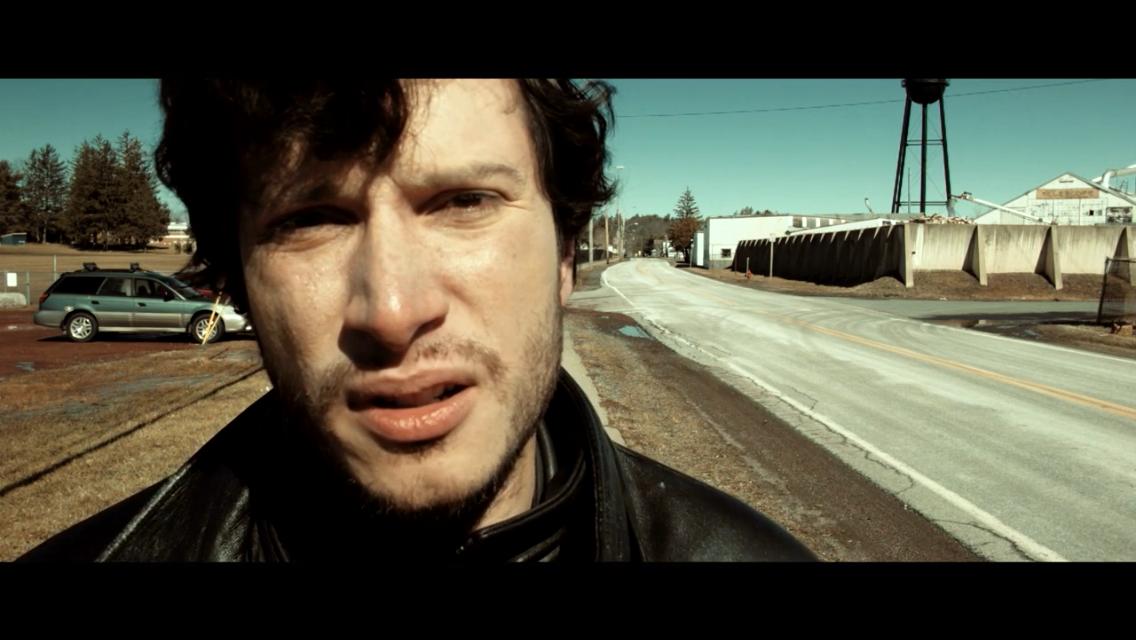 How did you start making films?

All my life I have been a storyteller. When I was a kid in grade school, I would act out in my classes and pretend to be several characters, including a fundamentalist preacher who warned the kids of an impending apocalypse.

I later realized I just needed the outlet of writing and acting, and I began recording on cassette tapes in my bedroom, pretending to be a host of a radio show. Other characters would drop by to be interviewed, all of whom I would do the voices for. I also made home movies on old video cameras my parents would let me use.

I eventually started acting in community theatre, and then went to college to study Theatre Arts with a concentration in Acting and Directing and with a minor in Writing. After graduating college in 2009, a friend saw an audition post for a movie and we both auditioned and got in. 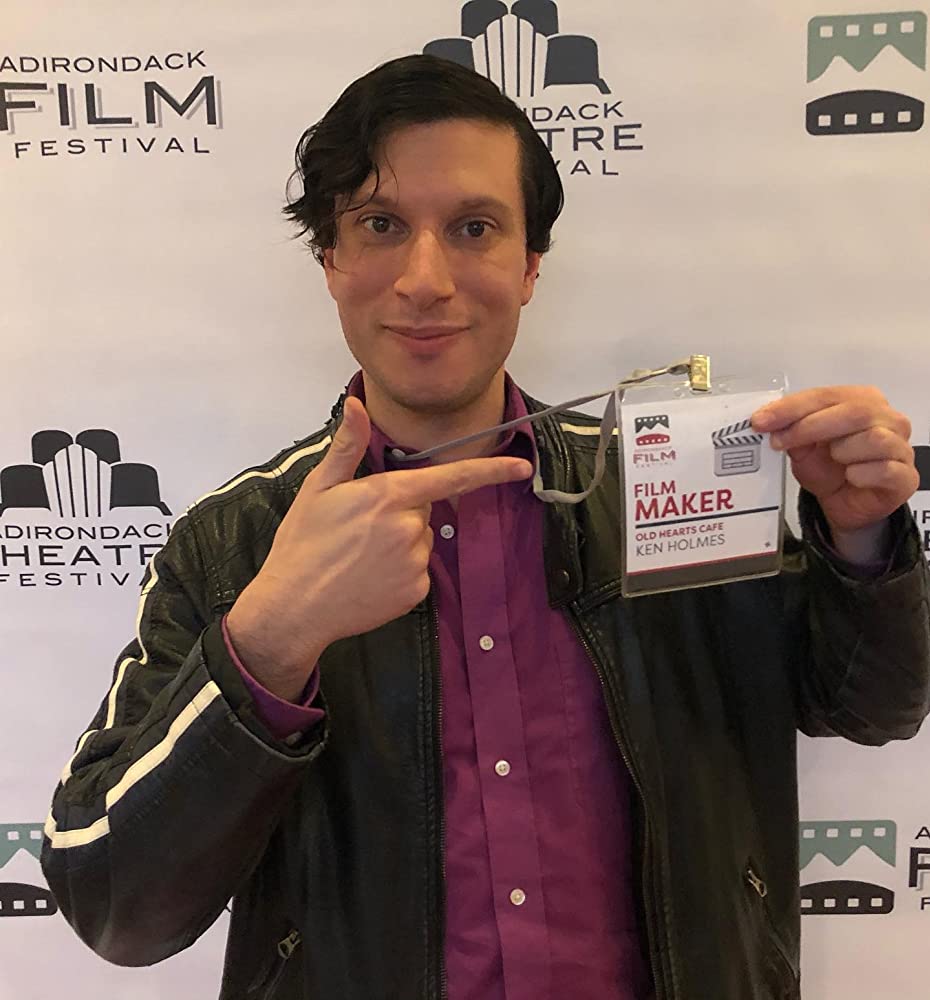 I then realized film was perhaps my true calling. Given that I love writing though, I realized I should create my own content in addition to acting. I have always had my own style as a writer, which doesn’t often come out as an actor. So that realization is what got the ball rolling.

Which directors inspired and influenced your work?

Richard Linklater was probably one of my earliest inspirations. I especially loved Waking Life. My work is heavily inspired by dreams, and after seeing that movie I told myself I would make films that would make people feel the way I felt watching it.

What was your first film project and how did it go?

I founded my production company Rain & Neon Productions in 2008. Originally it was mostly for plays. I wrote and acted in a one-person show back in college called Talking Aloud Alone which was filmed for a local TV channel.

After that I made some shorts for YouTube, including a few spoken word music videos. 2016’s Old Hearts Cafe was my first big endeavour. It started as a web-series pilot, and I co-directed with two friends. 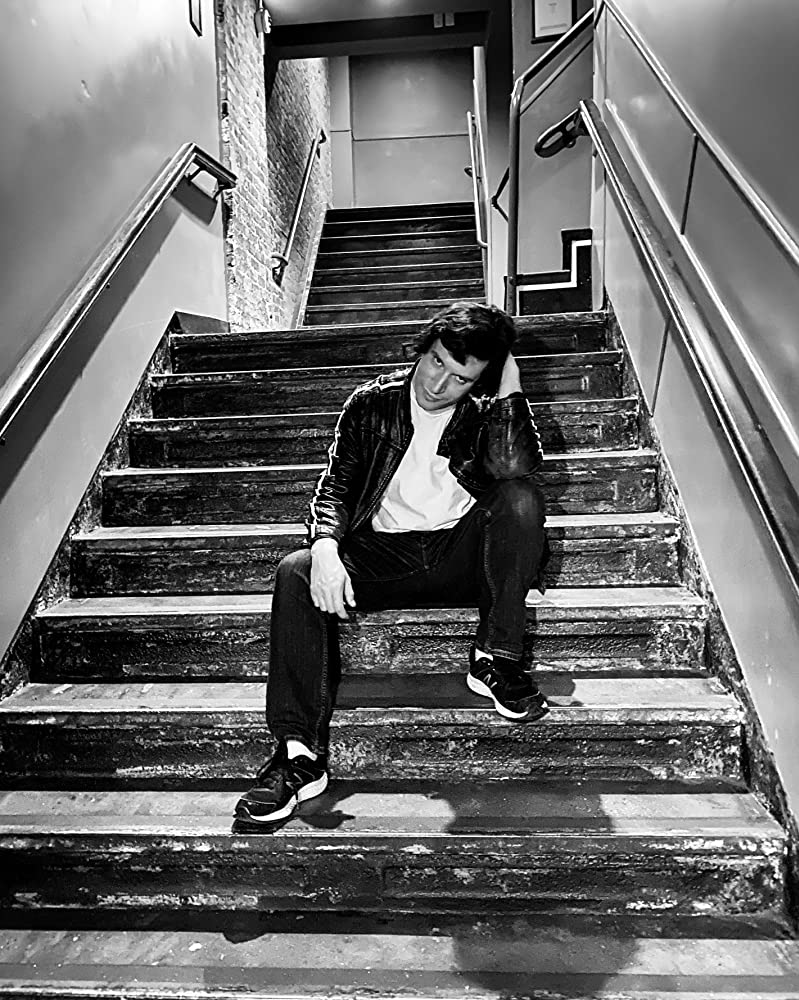 My idea was to make a comedy web series based on the characters I had been creating for years, and I would perform all of them. I then realized the pilot stood out as a standalone short film though, and it has screened at festivals all over the world.

What are your plans for distributing short films?

I would love a distribution deal, although I am very cautious. As of now my work is online and I just want people to see it.

I am absolutely an indie filmmaker. I’m actually relatively new to filmmaking, I got into it as another way to get out there as an actor, and also so I would have more control over my screenplays instead of just selling to someone else. 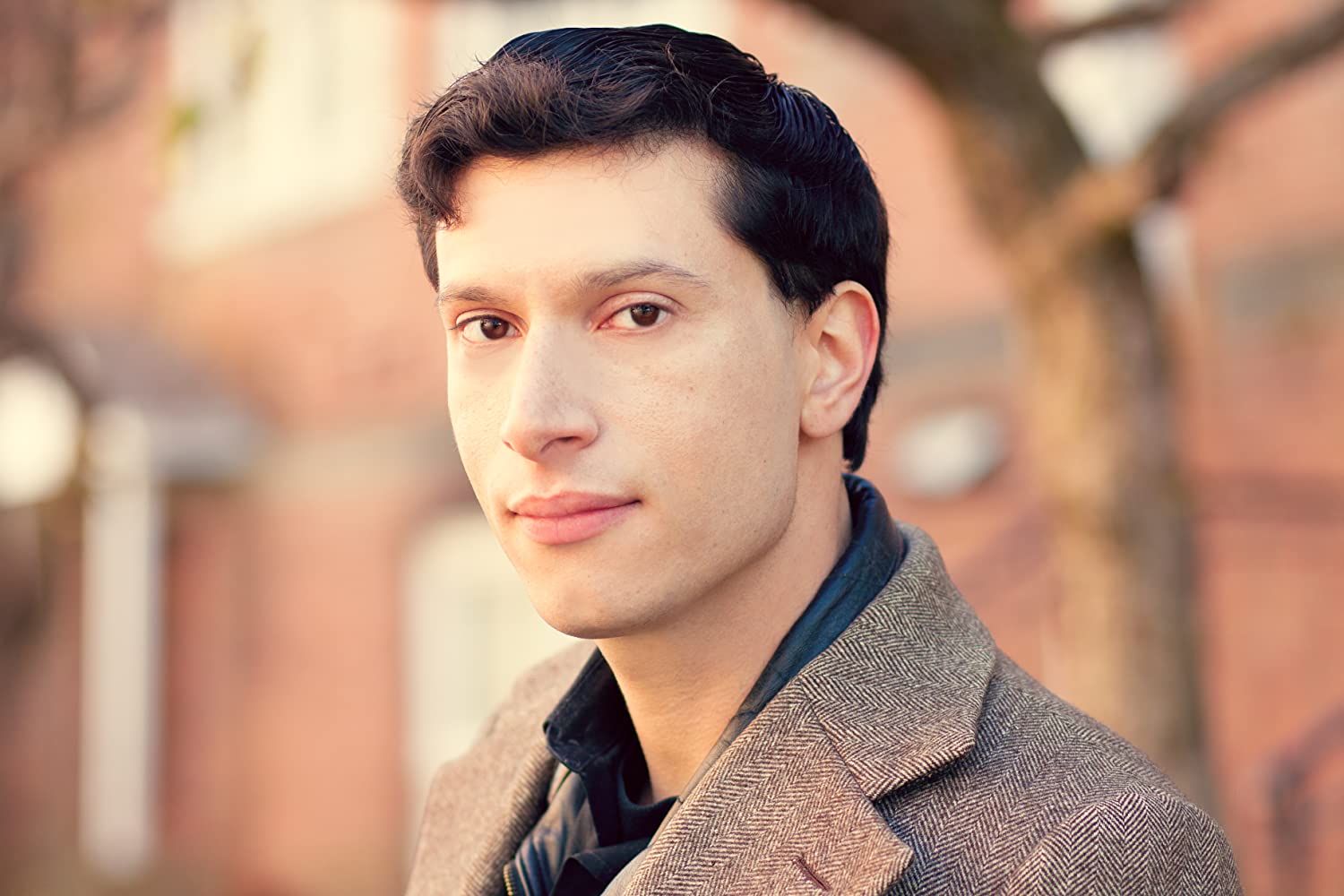 I think as an actor I am comfortable in both the indie and the mainstream worlds as I have done both, but as a filmmaker I couldn’t picture doing a studio movie for at least a few more years. As a writer and filmmaker, my brand is an acquired taste probably.

I would consider myself more on the experimental side of things. I love collaboration. I like characters who break the fourth wall. I like minimalism in my drama and lots of dialogue in my comedies because I feel like intelligent characters who love to talk can be funny. I don’t see my movies making tons of money and I’m not doing it for the money. Not yet anyway.

Your film, Old Hearts Cafe, is about the existence of the artist and it is shot in a very avant garde way and you open the film with talking about the distancing effect of Brecht. Let us know how this technique affected the directing style and the cinematic language of the film?

Brecht absolutely influenced Old Hearts Cafe. The distancing effect was always at play. At no point did I want the audience to forget they were watching a film. 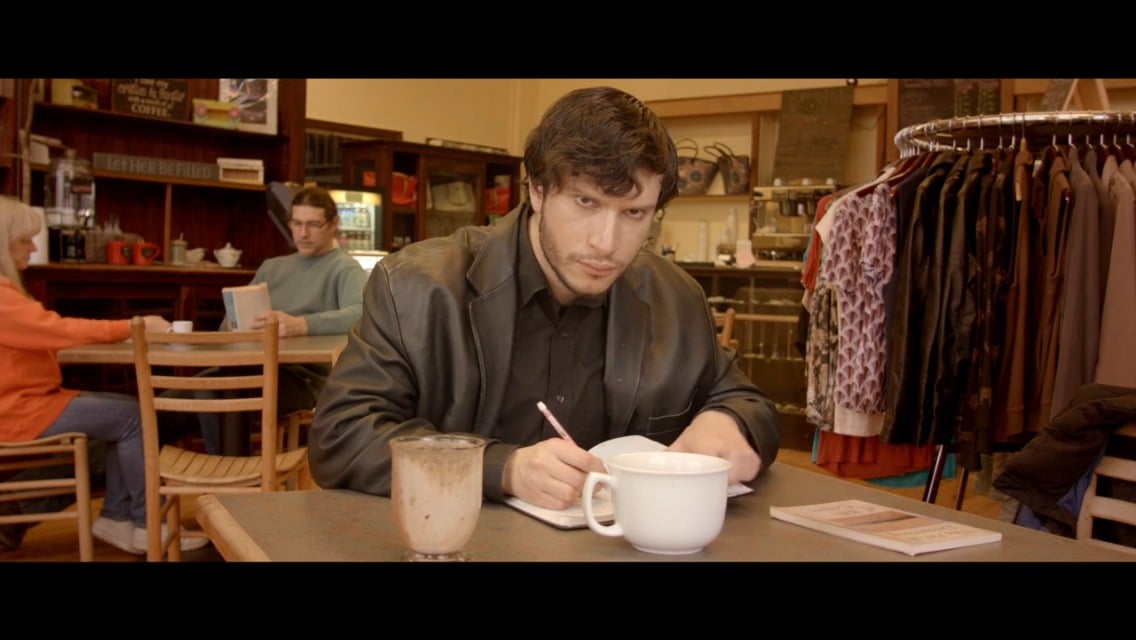 Not only does my character Markus Montage know he is in a film, but I introduce the short in the opening scene playing myself, and even talk about my co-directors and what else we have done.

Honestly, this style is very liberating. I can address the camera. Also nobody in the filmmaking process was afraid to contribute ideas. One idea was to give it a Wes Anderson vibe visually. So yeah, it was influenced by Brecht, Wes Anderson, and some of my favorite beat poets of the 50s like Allen Ginsberg and Lawrence Ferlinghetti.

I wanted there to be a dreamlike quality. It is a comedy, but not everyone laughs. I try not to tell people where to laugh. If you find it funny, great. If not, that is OK too. The only thing we all need to agree on is none of it is real, and how does that make you feel?

To tell stories. To make audiences think of things in a new light. To show you how I see the world. And maybe connect with others who see things in a similar way, or just find it interesting. As an actor there are some places I rarely go, and those are the places I explore as a screenwriter and filmmaker.