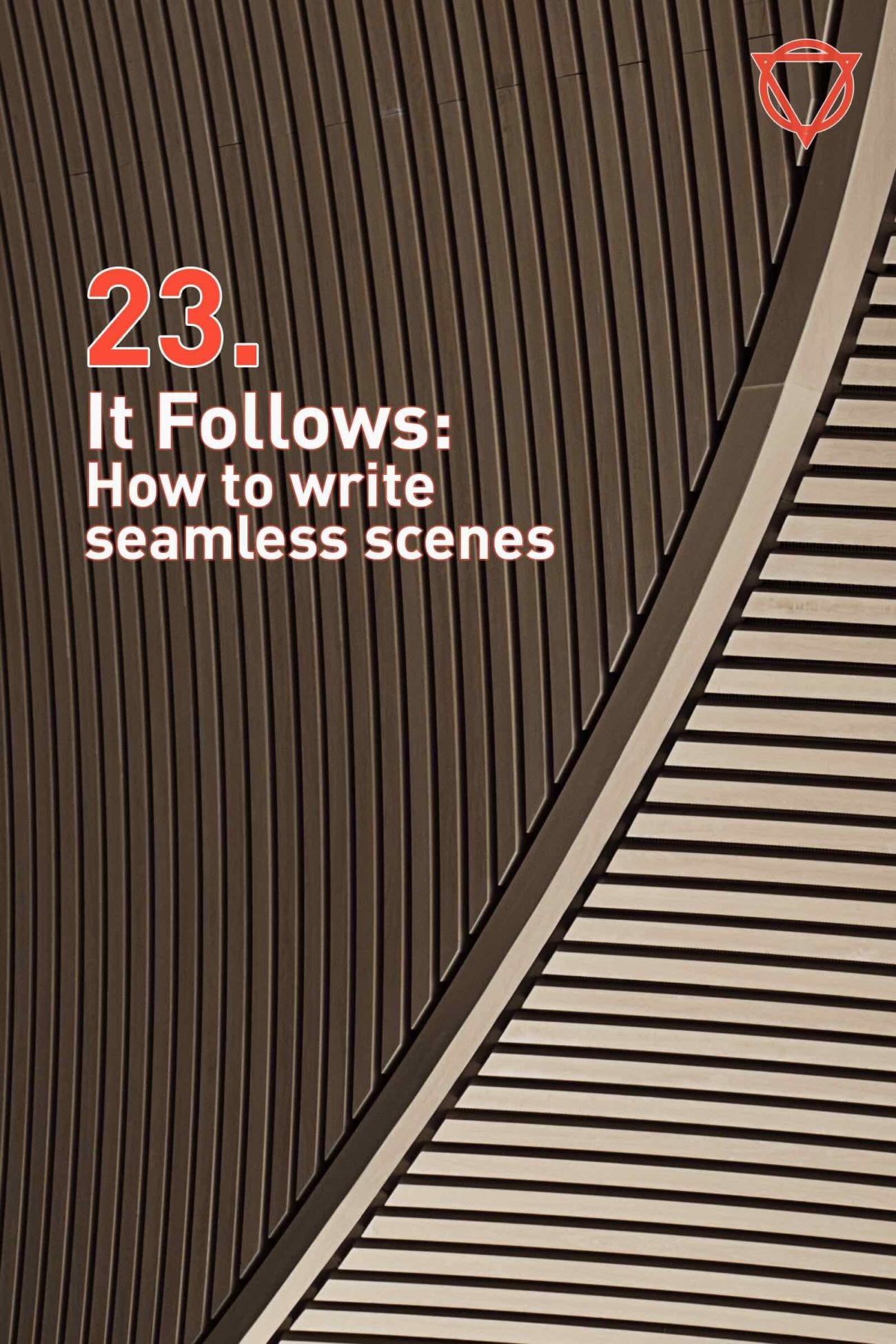 Why do scenes need to be linked in your screenwriting?

23a. It Follows: How to write seamless scenes

Do you get the same feedback for your script every time saying the plot was hard to follow? Are we right in thinking you want to crumple your script up, shove it in their mouths, and make them eat it?

We’ve been there too, sister* – which is why we’ve written this nugget of gold to stop that from happening. We have some nifty little tricks to weave your story together lickety-split – like a magic quilt.

We’ve mapped out some examples of some awesome storytelling that use these tricks subtly and creatively in order to demystify the process of crafting a story that’s easy to follow. 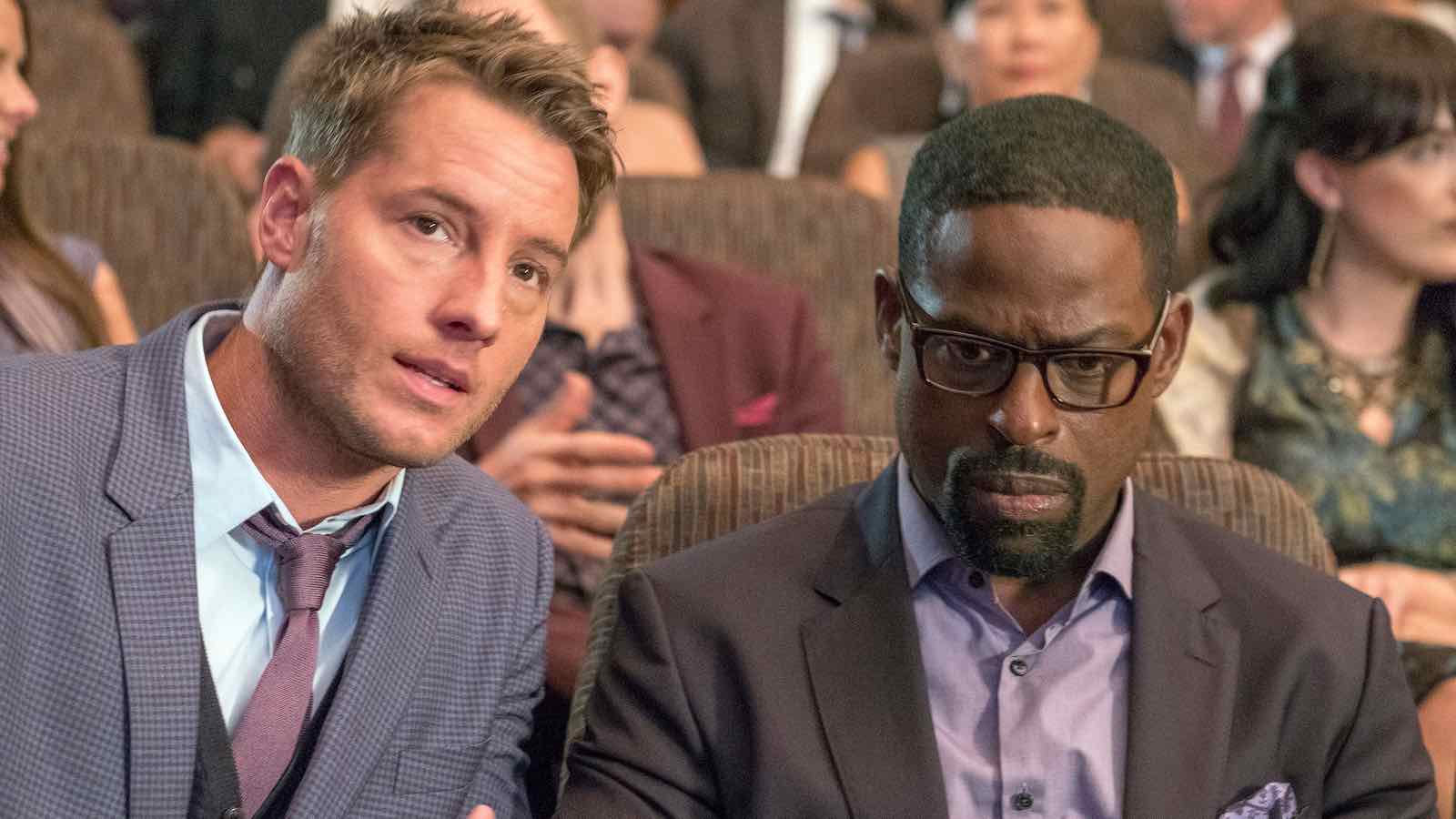 If you’re telling a story with multiple protagonists, it’s important for your scenes to be linked because it reminds the audience that the characters are all part of the same world.

In the pilot for This Is Us, we’re shown four different storylines in four different places – sounds pretty confusing, right? At this point we haven’t been told how any of these characters are connected other than twins Kevin & Kate.

So how the heck do they tell four storylines with four entirely different characters in different places while maintaining a beginning, middle, and end for each? They use cheeky little techniques like the ones below. 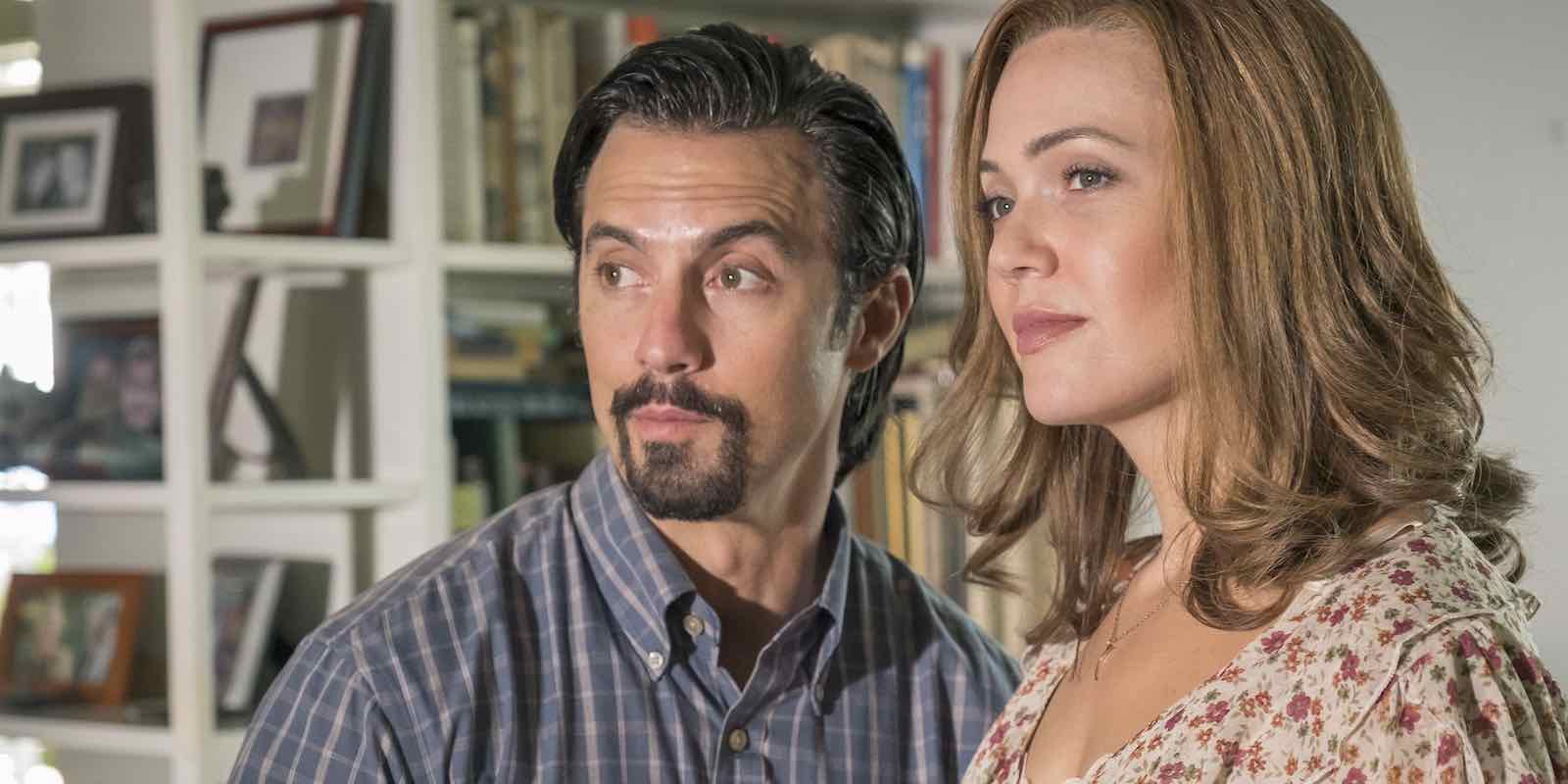 Kevin and Randall’s lives could not be more different. Kevin is a Hollywood star who spends his life on a film set. Randall is the classic family man with a sturdy but boring job. When we transfer between these storylines, the writer Dan Fogelman uses a clever analogy to show us the scenes take place in the same world.

We see Kevin having a bad day on the film set for his fictional sitcom The Manny. Then we cut to Randall explaining that his day is unfolding like a bad episode of The Manny.

Fogelman expertly crafted the scenes in tandem to lend a consistent feel to This is Us’s world. Screenwriters often use tonal shifts to blend scenes together, creating an emotional ride that strikes just the right balance. Now bask in the beauty of storytelling! Learn to love it, and it’ll love you right back. 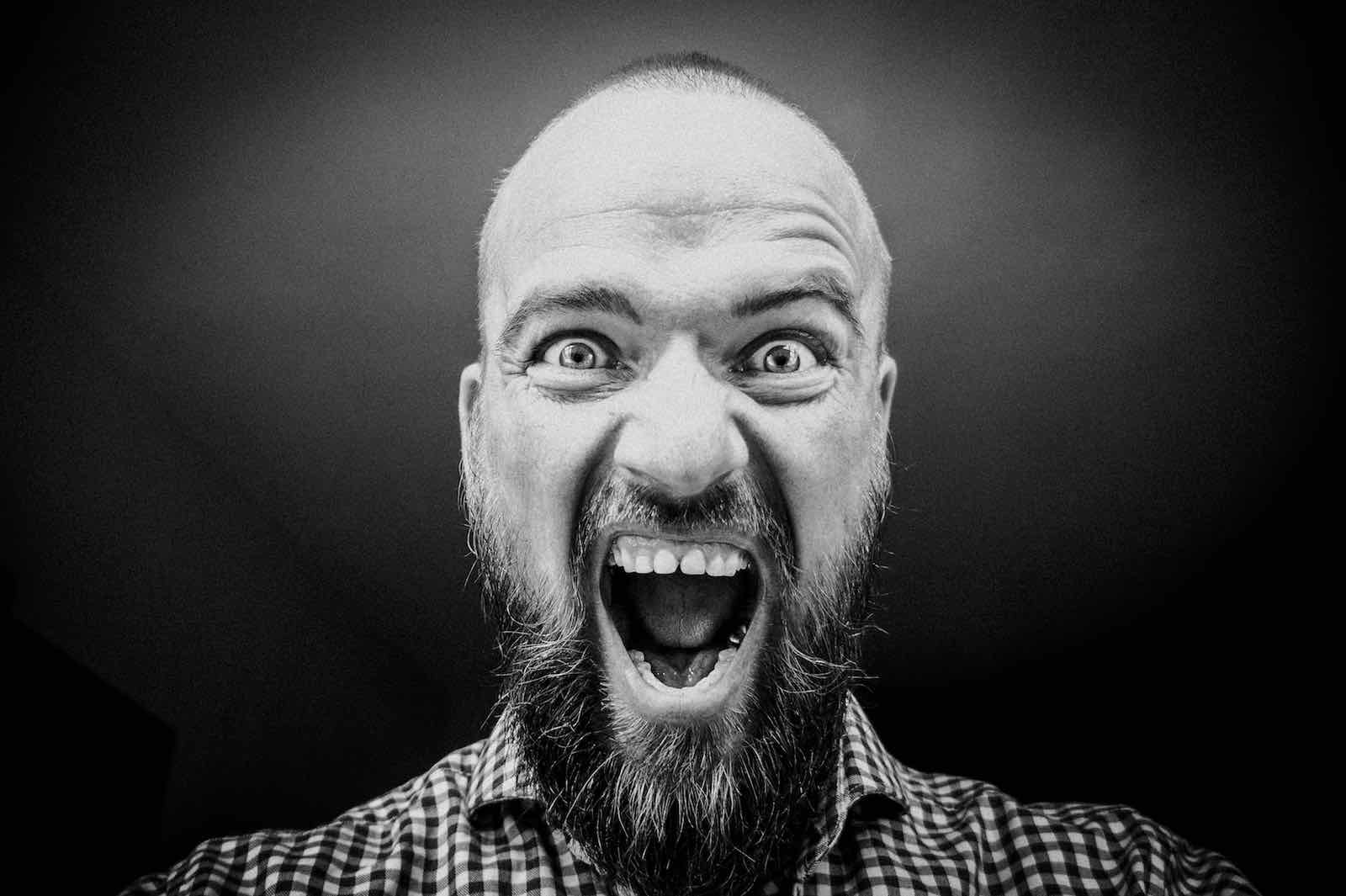 Subsequent to an emotionally hard-hitting scene with serious subject matter, it’s a common tactic to give the audience an emotional break. No one wants to bum the viewers out so much they switch right over to Bojack Horseman for comic relief. The following scene might feature a different, lighter storyline, perhaps with comedic elements.

Once the audience’s palette has been satisfied with a bit of contrast, you can continue the heavier storyline once the viewers are emotionally ready again. Think of your story as peaks and valleys in emotion; too much of any one thing can be sickly, or grating. Keep this in mind – but more importantly, have fun with it. 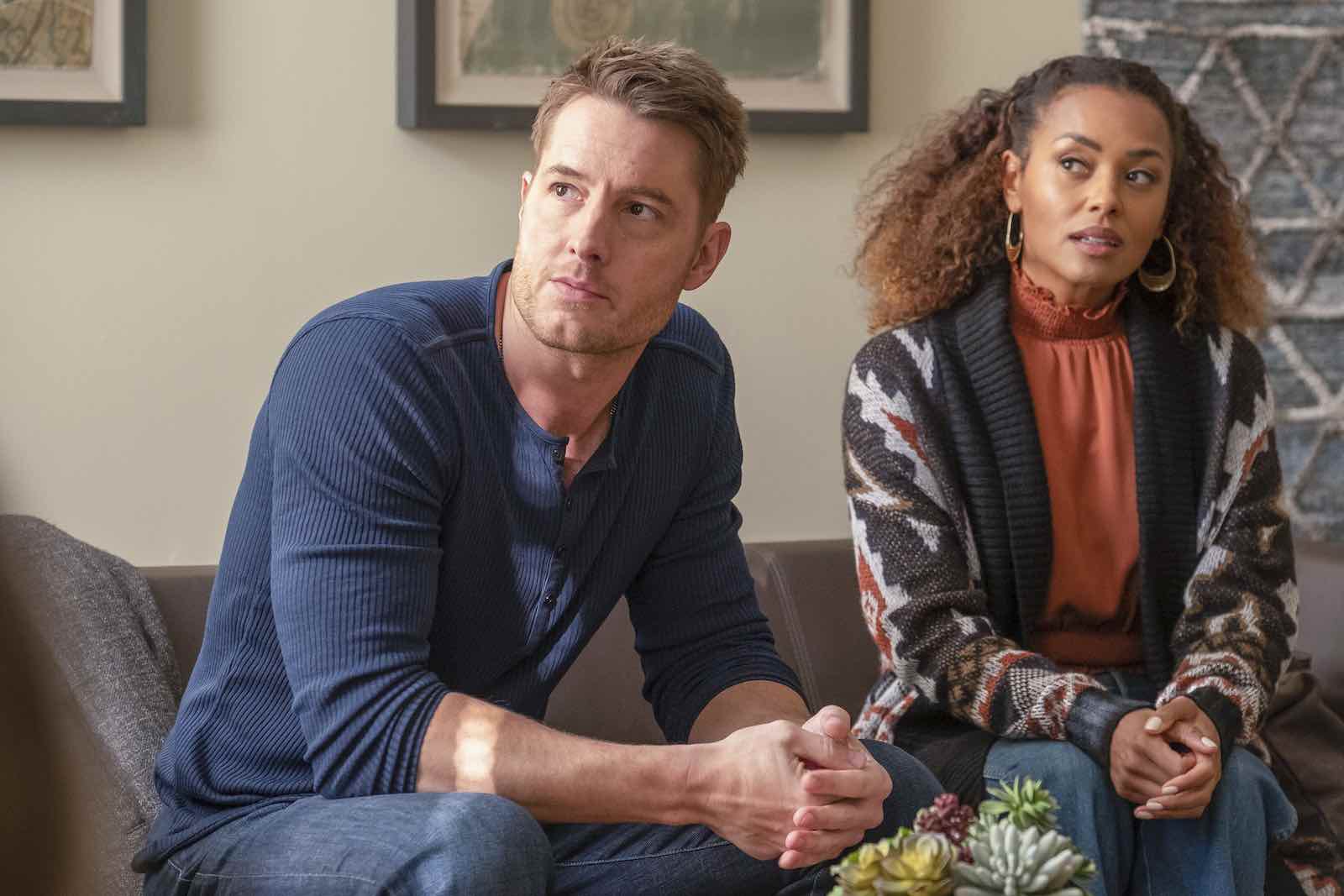 Ask yourself: “Why does it make the most sense for this scene to be next?”. Over and over in the writing process, this simple question keeps you in check with your narrative. There should be a reason for every single decision made in your story – you don’t just go whac-a-mole with your laptop and see what comes out.

If your subplot needs to develop, but at this stage of the story it doesn’t have much relevance to the main plot, it can be useful to use the trick Dan Fogelman uses above. Find something to tie the two worlds together to stop us feeling like we’re watching two seperate films.

This information is ultra-important. It’s this kind of thing that makes your script stand out among the hundreds of sucky screenplays trying to get noticed out there. So go ahead with your homework and keep that in mind.

23b. It Follows: How to write seamless scenes

Want to captivate the audience by the guts and keep them hooked into your story like helpless fish? Just execute the hidden gems in this homework and you’ll be flying high.

Notepad and pen time again! Yes, you need to watch some more TV & films for this one.

Actively watch your show/movie and keep a keen eye on how the scenes transition from one to another.

Do your scenes end on a question? Go back through your script and make sure they do.