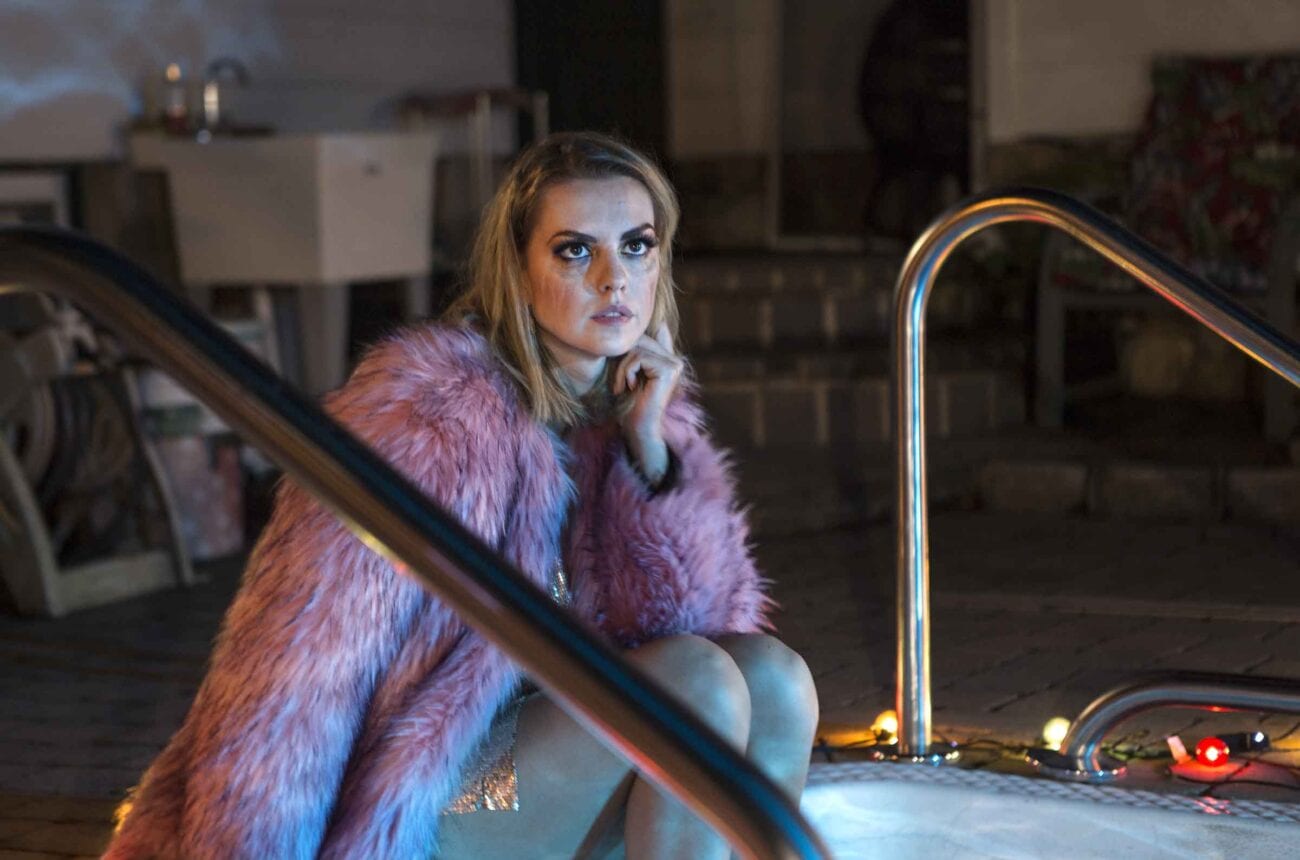 Anastasiya Sergienya is an indie filmmaker and her latest project Soyka is inspired by her own personal experiences. Soyka is Sergienya’s writing and directorial debut. She was born in Minsk, Belarus where, ten years ago, she discovered a love for photography. In 2012 Sergienya moved to Longon to study at the city National Film and Television school; afterwards she moved to New York City where she has worked as a production assistant, wardrobe hand, and assistant director.

Now, the filmmaker is proudly presenting her own work, Soyka, to the world. We had the opportunity to ask Anastasiya Sergienya a few questions about the film, her work overall, and filmmaking in general – here’s what she had to say. 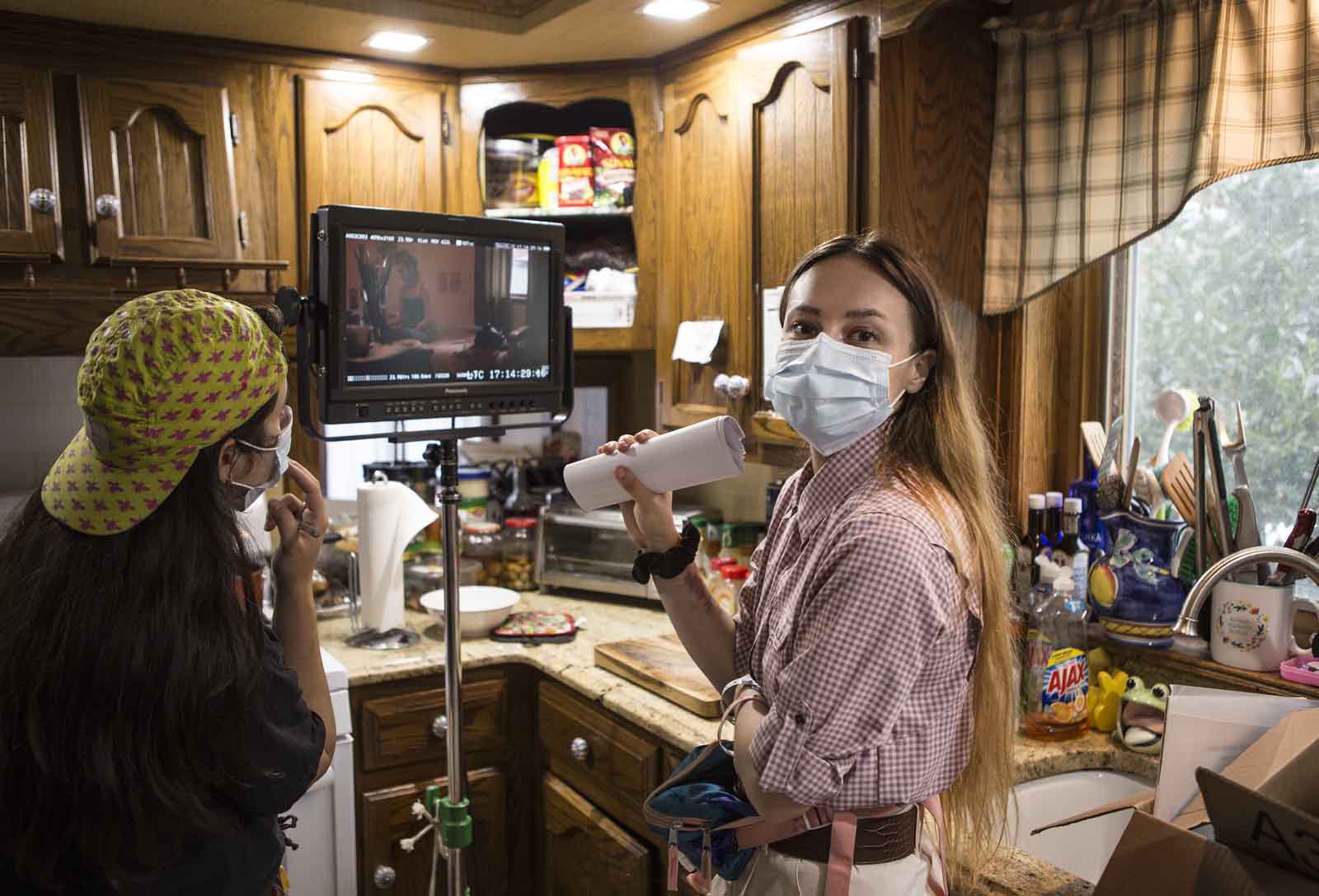 Can you tell us a little bit about Soyka?

Soyka is a short indie film based on a true-story. It shows a day in the life of a young woman from Belarus living in NY. The viewer follows her on the way to work, and on the way home from work. The story details the young woman’s vision of having a better life. While the film is a story about one person, it’s truly a story about millions of people having a similar experience which is what makes it so enlightening and relatable. The film is highlighting difficulties immigrants face, self-realization issues, loneliness, happiness and hope.

Soyka is a story started in January, 2019. At this time, it was named Dream & Smile.

In total, the production budget earned $17,000 with the help of individual backers, events, and grants. An additional $5,000 was spent for pre-production. The focus of the pre-production phase included script writing, grant writing, promotions and the work performed by producers.

Soyka is a fiscally sponsored project of the New-York Foundation for the Arts!

What inspired you to make Soyka?

My own experience as an immigrant in the U.S. inspired me to make Soyka. Working on sh!*y jobs you only can dream about a better life and the American dream. 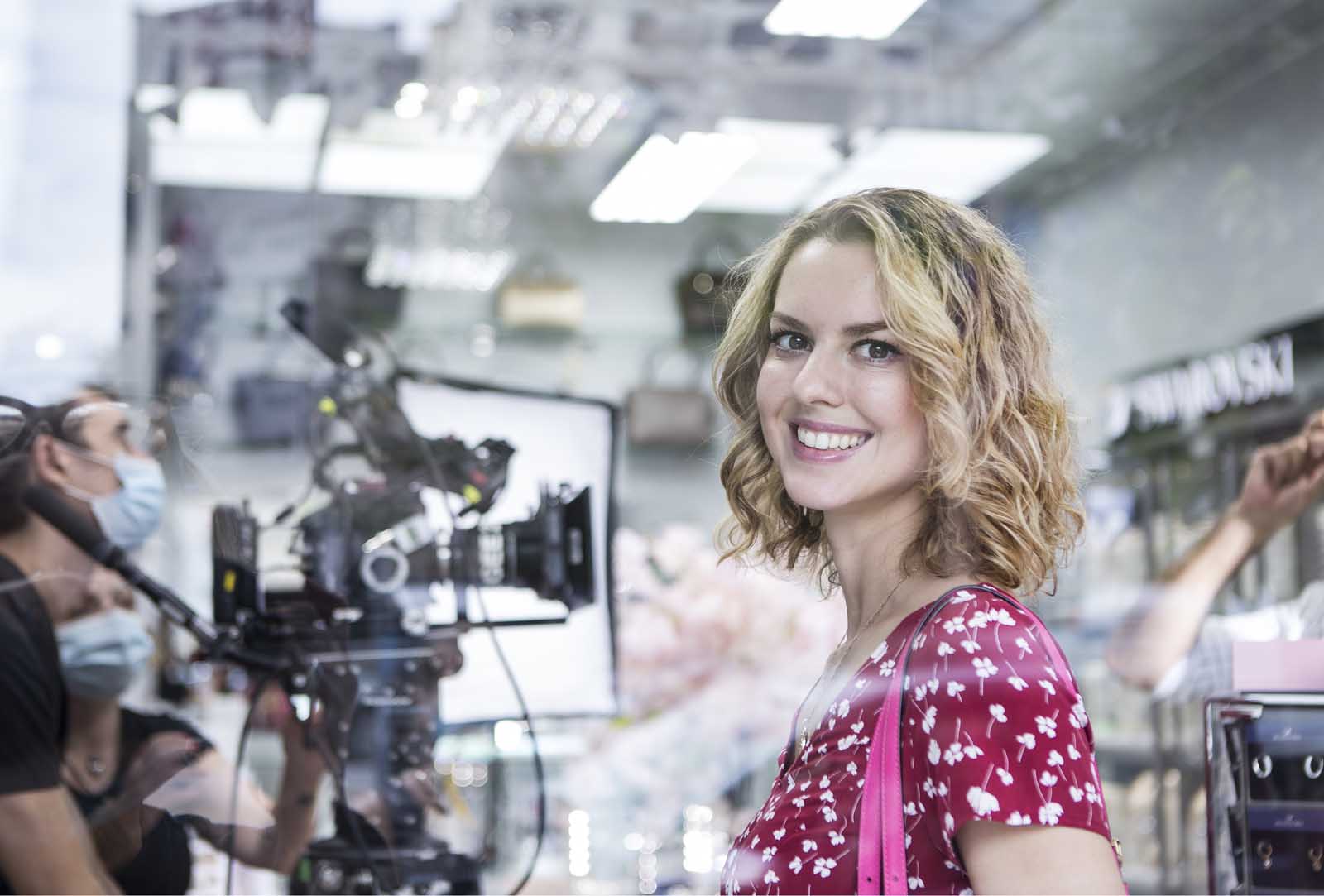 Why was Soyka an important film for you to make?

It is important to me because I’ve had a similar experience, so I can feel the protagonist and understand what she has, and other girls/women like her have been going through.

Is there anything you’d like viewers to know about Soyka before watching it?

Only after watching. If I tell it now, I will tell a story.

How was working on Soyka? What did you learn from the experience?

Pre-production was long – years and a half. Raising money on a short film is a hard job.

Production was very challenging also because of COVID. We were determined to shoot Soyka in August 2020, despite the challenges we faced.  These challenges made us go over-budget.

I am so proud of the cast and crew who worked so hard to make this film happen! I am also proud to say that Soyka was a green set. We recycled and used reusable bottles.

I definitely learn a lot! One of the goals of this movie was to learn production routine to make future movie making process smoother. 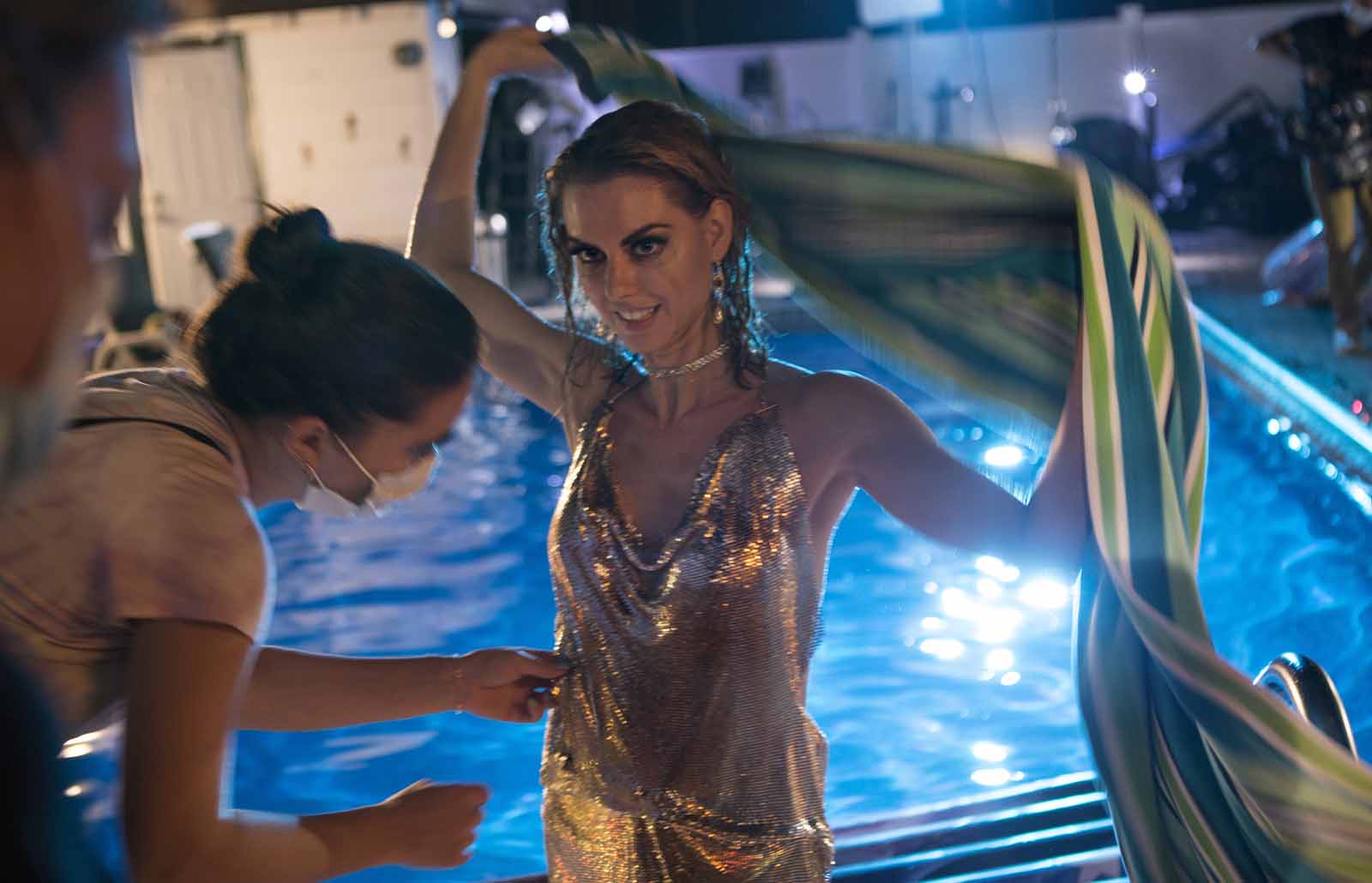 You’re currently crowdfunding for post production costs, film festival entries, and distribution – is there anything you’d like to say to potential investors?

I would like to tell that it was hard work to make this film. But I was able to have strongest crew ever: my DP is Valentina Caniglia, my AD is Tanya Khodakivska, my production manager is Deidre Lacasse, my editor is Anthony Misiano, my colorist is Roman Hankewycz, who helped me on all stages of production. This is strong crew I could only dream about and we create a great film together.

I am a professional photographer for 10 years.

I am also a television and film freelancer since 2017. I love that! Even being just a small production assistant on a set I was enjoying every moment of my work and was trying to learn as much as I can! Right now I am focusing on an assistant director position – this is my bread. But directing is truly my passion.

In 2012 I moved to London to learn English in Wimbledon Language Academy. And in 2013 I successfully passed my exams to Westminster Academy where I studied Business Management. I also finished online courses “Explore Filmmaking: From Script to Screen” at National Film and Television School in London and made one more step to my dream, a move to NYC in 2016. In NY I finished Summer Filmmaking courses at TISCH, NYU and started working in the film industry.

In the same time I created Belarusian Movie nights Club – Kinovino, where I show Belarusian movies or international movies with Belarusian translation.

Soyka is both your directorial and writing debut, can you tell us a little bit about how you got into filmmaking?

I was just working hard as a production assistant and still working. Before it I loved to make short videos myself and edit them. I am a big movie fan. It’s just hard to imagine my life without films.

I want to bring my ideas into the spotlight, and create a community with my shared vision.

I want to start making a real difference to other people. Maybe sounds naive, but I really am. I truly believe that every person have something to tell. It’s just different ways how they share it: someone through photo, someone through art, and etc.

Who or what are your current filmmaking influences? 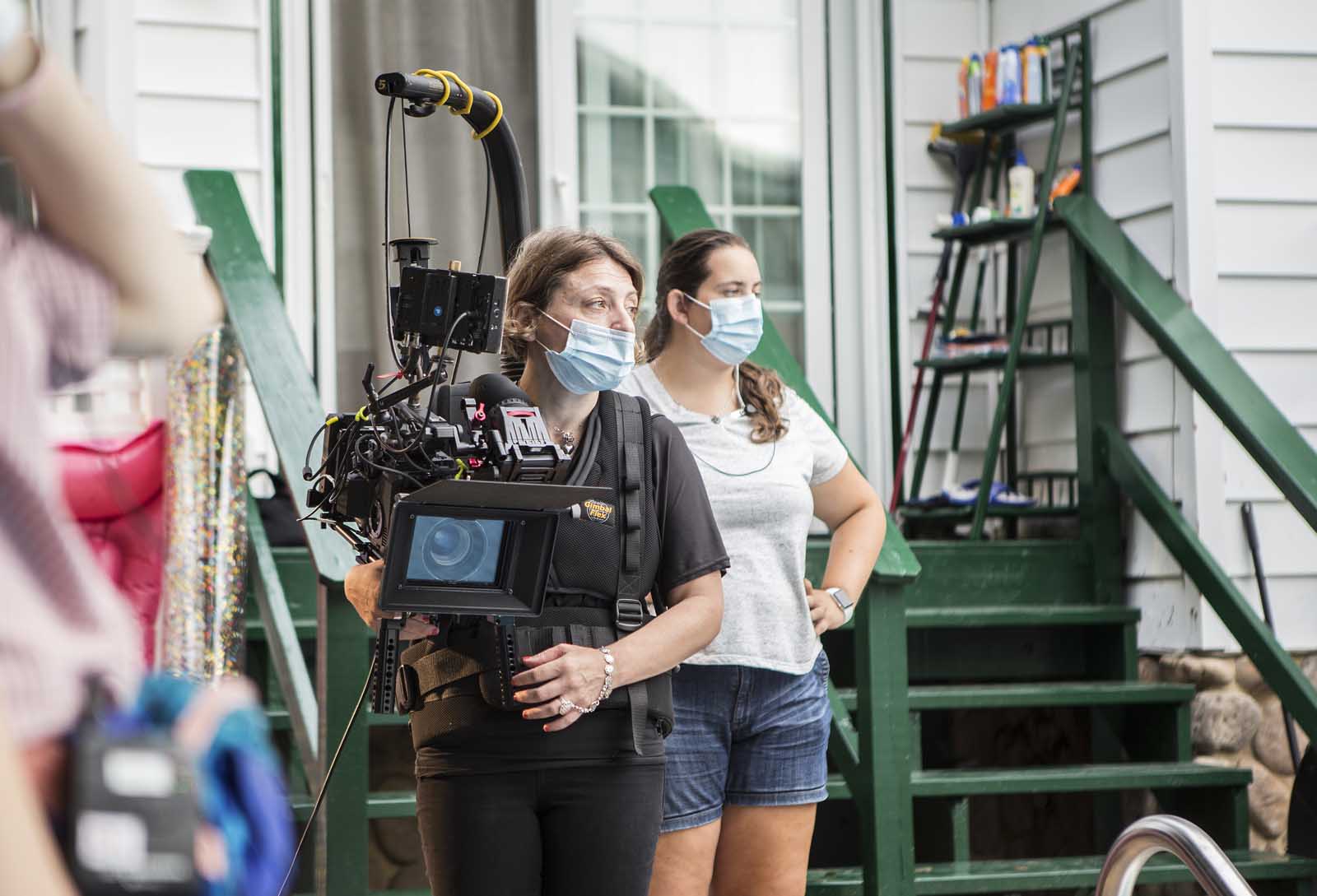 I don’t think that I have a specific creative process. I just have ideas in my head (sometimes I dream them), then I am looking for a talented scriptwriter, we are developing this idea into a script. I learn that script – have to have dramaturgy.

On a production stage I just try to be calm and listen to people with whom I am working: DP, AD, Actors. All this little pieces I try to put in my head in a puzzle, which name is film.

Inspiration . . . for a long time I don’t feel it actually.

Another great way to find inspiration is to go outdoors. Nature always gives something.

As an emerging director yourself, do you have any tips for people hoping to start a career in filmmaking?

Just working hard, have a goal and always follow it, learn, search, communicate, never give up.

It’s very hard. When you are on low budget you have to be a producer and director. Unless someone will want to make it for free for you. But my experience shows that in the U.S. if someone is working for free the job is usually bad. 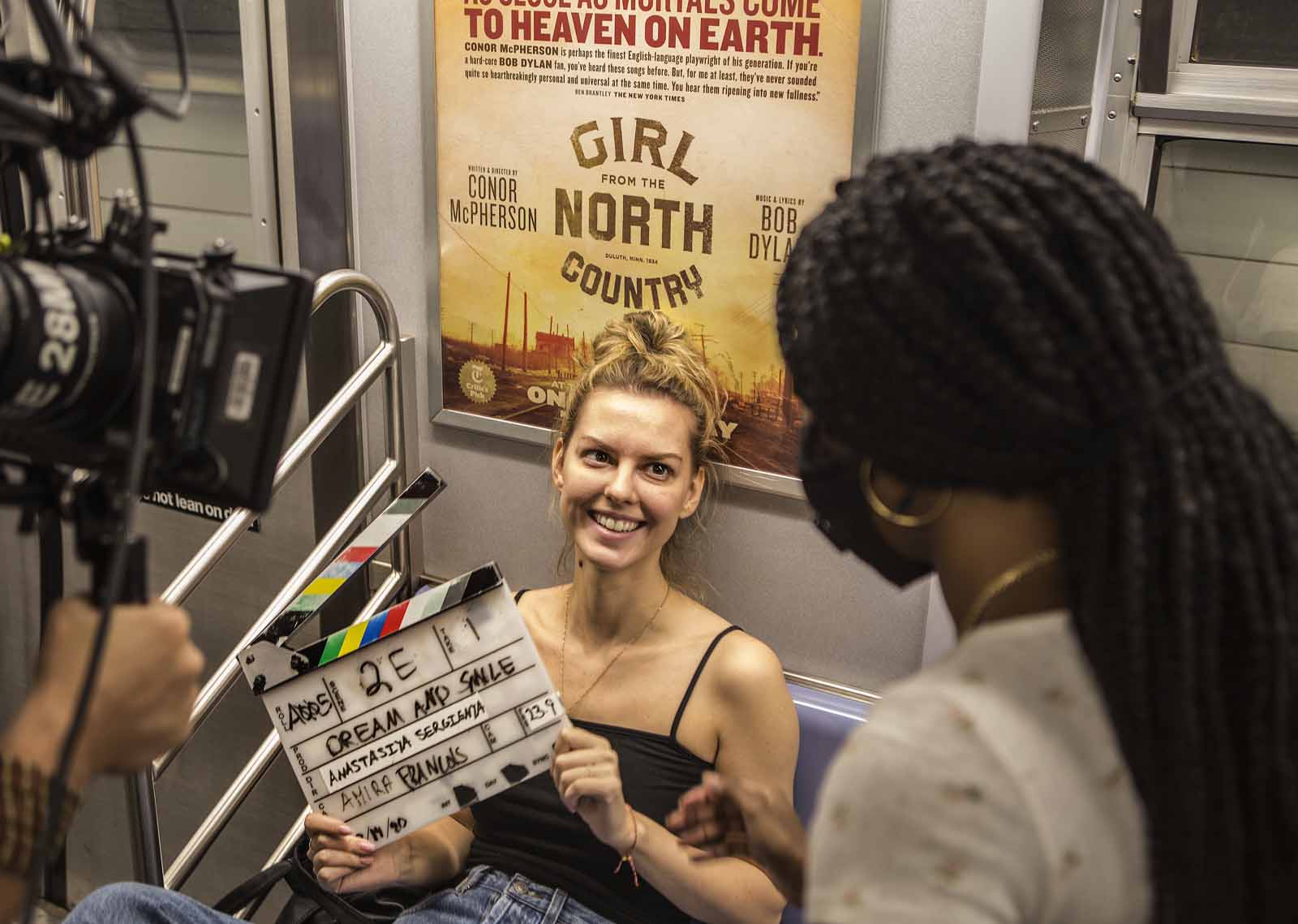 Wearing all the hats is something that big time productions never will understand unless they’ve never been on very bottom like indie filmmakers. I am jealous. But I am also grateful, because this is great experience and it also gives you a pinch of understanding for people who work on lower positions. Not everyone in production knows how it feels to PA, for example.

I love to be on a set. To see how the world which you created is getting alive is truly awesome!

I also like premieres. When everyone looks beautiful and just having fun. =)

Make a feature. (And win Oscar.)

If you could have someone create a soundtrack for you life who would you want to compose it?

Would you ever be interested in working on episodic television in the future?