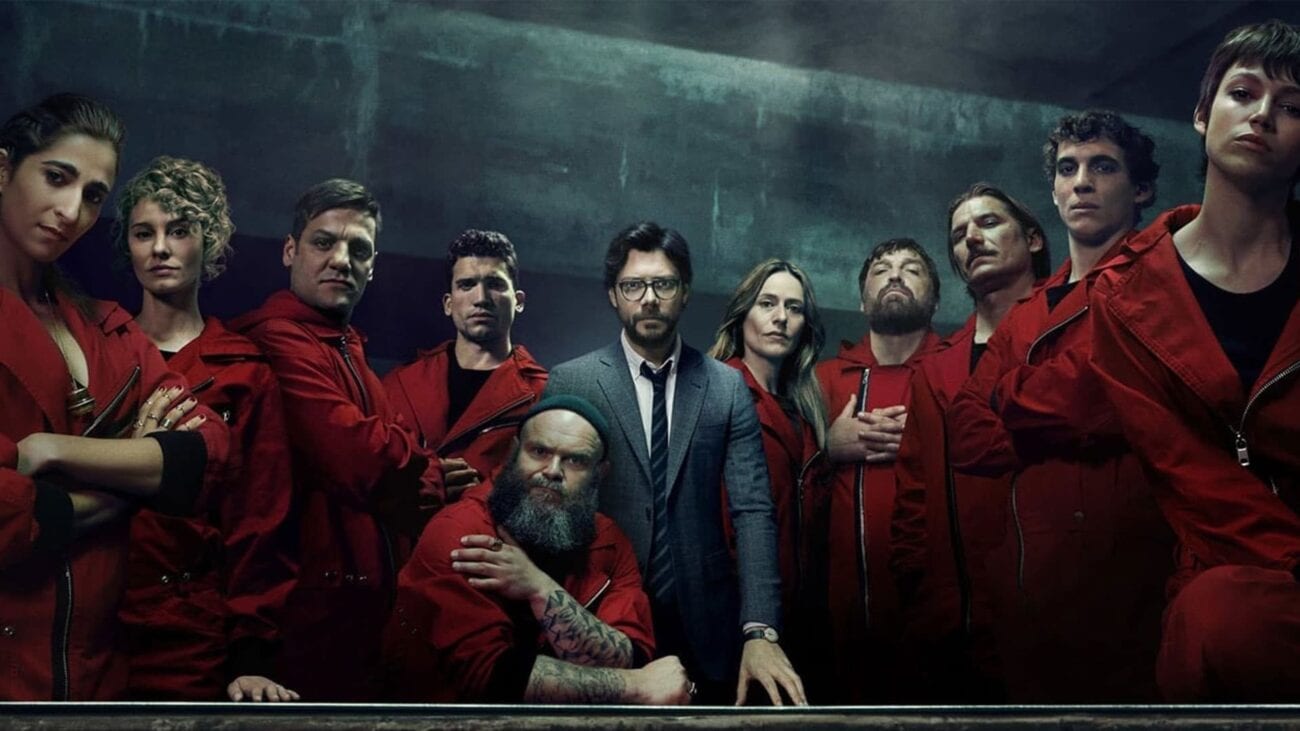 Money Heist is a thoroughly Spanish crime drama and has proven that just because your story isn’t in English doesn’t mean an international crowd won’t love it. If you haven’t watched Money Heist yet, we recommend you check it out on Netflix asap. For those who have already seen the show and just can’t wait for season 5 to come out, we’ve got some exciting destinations you can check out while you wait.

Though not everyone can get to Spain these days, most of Money Heist was filmed there. Specifically, many of the scenes in & around the National Bank of Spain were filmed in Madrid. It’s exciting to think that Money Heist was actually filmed in a bank, but the truth is that no country will let you film in its national bank. 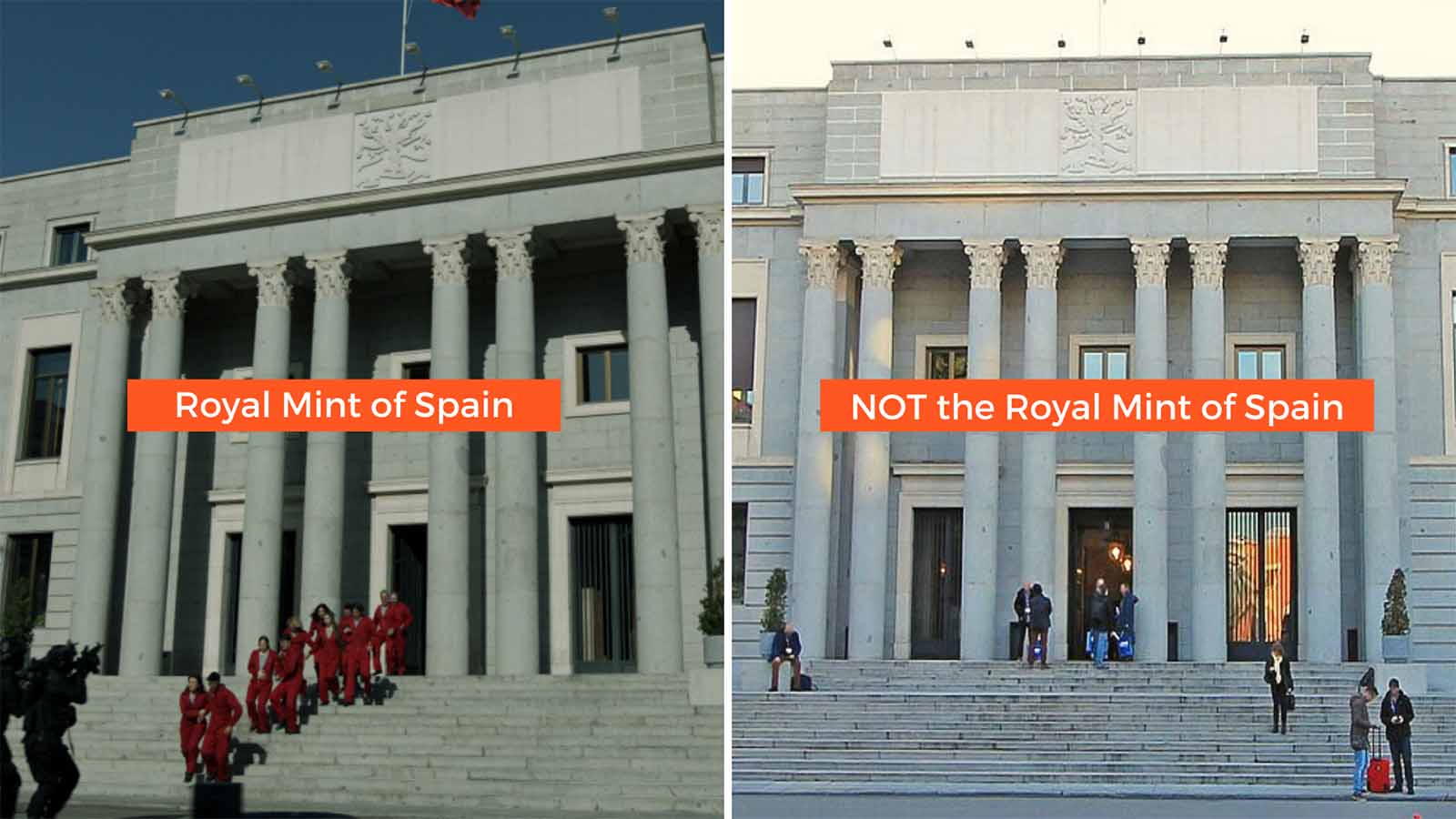 So Money Heist is filmed in Spain, right?

There are a number of sites around Madrid that were used for external and internal shots of the Spanish Royal Mint. The external facade of the Ministerio de Fomento (Ministry of Development) building was used as a stand-in for the Spanish National Bank. Callao Square in the center of Madrid was also used for the scene in Money Heist season 3 in which 140 million euros dropped from the sky.

But not everything in Money Heist was shot in Madrid. An almost two-hour road trip north of Madrid will bring you to the Ermita de San Frutos monastery, a picturesque ancient complex surrounded by escarpments. It’s the outside of the Ermita de San Frutos monastery that provided us with a glimpse of the gang’s new headquarters, as they prepared for the heist on the Spanish National Bank in Money Heist season 3 & 4.

Although the external facade of the gang’s headquarters in Money Heist is the Ermita de San Frutos monastery, the inside shots were taken at Abbadia De Paraces. This venue is only twenty minutes’ drive from Segovia, popular for hosting events and gathering in its idyllic courtyard. 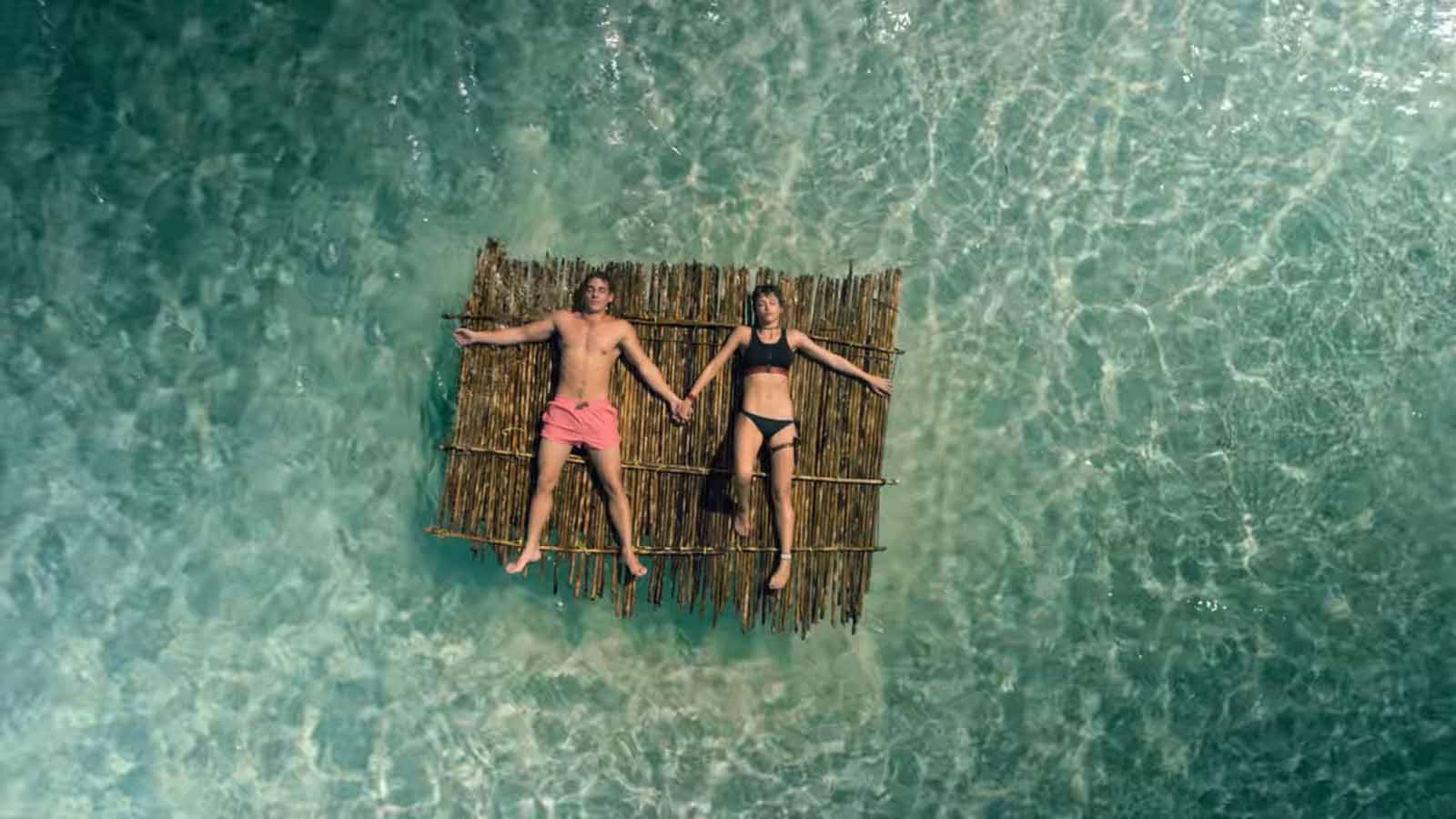 What about that tropical island in Money Heist?

Not all of Money Heist was shot in Spain. In Money Heist S3E1, Tokyo & Rio frolic on Guna Yala island in Panama. Though the cast wouldn’t return to the island for other shots, this wasn’t the last tropical scene on the show. 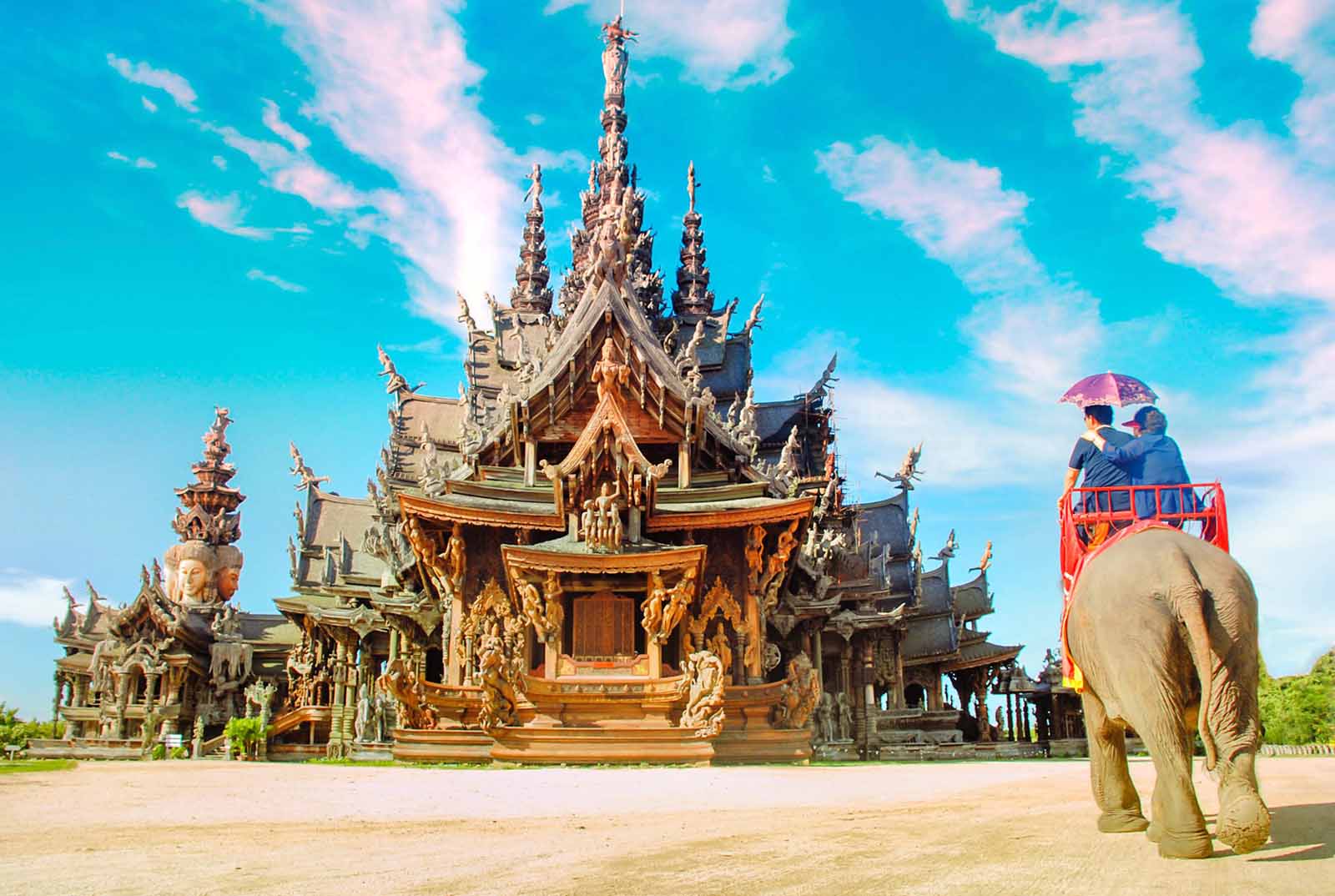 Where else was Money Heist filmed?

In the Money Heist season 3 episode when Tokyo and the Professor hatch a plan to rescue Rio, there’s a wooden Buddhist temple that serves as the backdrop for their meeting: the Sanctuary of Truth, a temple & museum in Pattaya, Thailand. The structure consists entirely of wood; its estimated completion date is sometime in 2025. 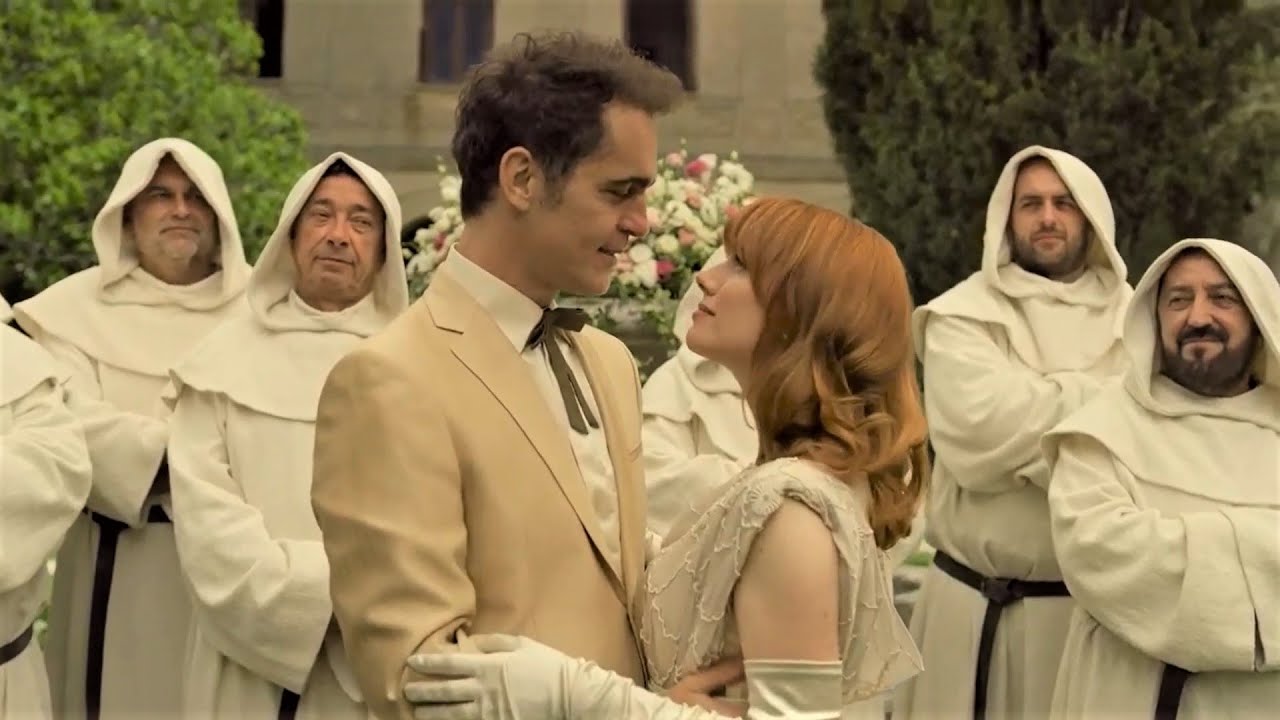 We also get a glimpse of Berlin’s wedding in S4E10, in which we’re whisked away to Florence, Italy. The wedding scene was shot in Florence’s iconic Piazzale Michelangelo and Piazza del Duomo. 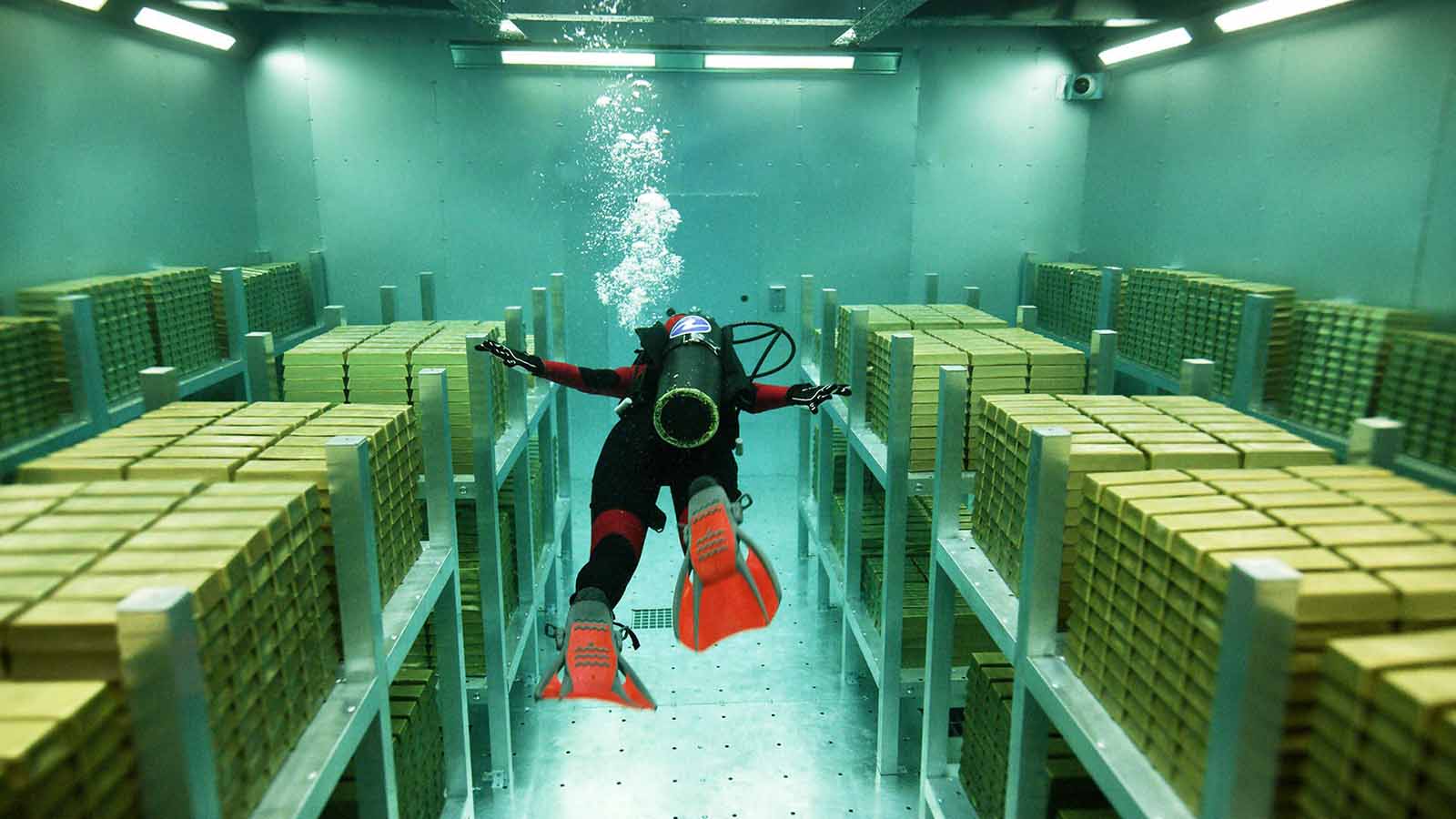 How can you even tell where the Money Heist cast is when they’re underwater?

There’s even a shot filmed in the UK. The underwater scenes in Money Heist season 3 were shot at Pinewood Studios, on the outskirts of London. Other great action films like No Time to Die and The Bank Job were also filmed there.

Overall, these last two seasons of Money Heist offer a wide range of destinations to visit when things open back up again. Until then, we’re in our secret logistical vacation planning location marking our wall maps up with pins & strings. But if you still can’t get enough of Money Heist, why not test out your Money Heist memory with a quiz?