Zack Snyder’s upcoming movie – that phrase likely causes you to think of only one movie right now – the new version of Justice League. However, that’s not the only Snyder movie hitting streaming platforms in the near future. In a couple short months Army of the Dead will be available for streaming.

The official @NetflixFilm Twitter account posted a one minute teaser trailer at exactly 5am PST today, and we have to admit, our curiosity is piqued.

We have the trailer for you right here, plus a few extra details if, like us, you’re thinking this will have to be added to your Netflix queue.

A zombie fighting movie . . . with color?! Directors these days love to turn off half their recording lights or slap on a sepia filter for any subject matter that’s remotely edgy. However, it appears Zack Snyder has said a resounding “no, thanks” to that style and we’re already endlessly grateful.

Hot pink title cards, bright costumes, and sets bathed in sunlight comprise most of the slow-mo filled teaser trailer. Plus, a metric butt-ton of explosions. Okay, there’s definitely some sepia filter usage in this trailer, but there’s a lot more color than your average shoot-’em-up movie offers these days, so we’re excited.

The trailer is peppy, dramatic, and leaves much to the imagination while giving just enough details that we’re willing to commit to watching it already. 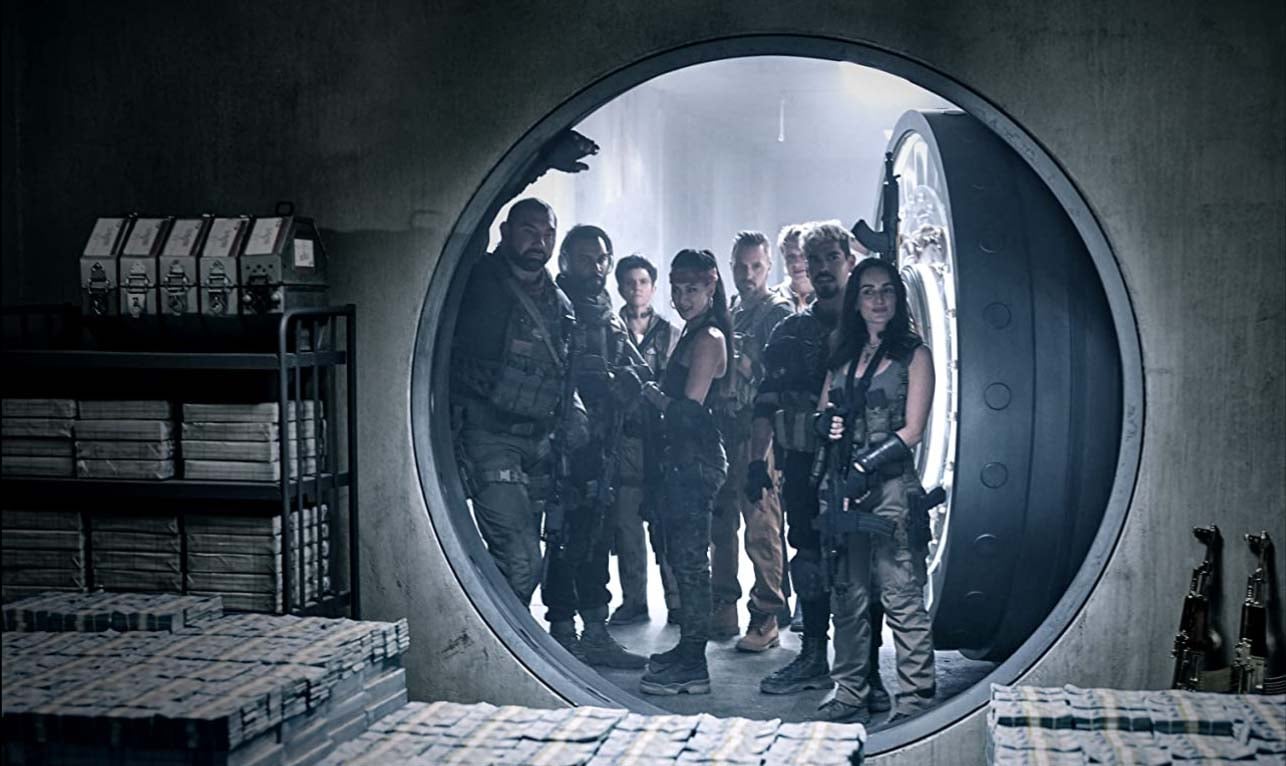 Obviously there’s zombies and a money vault in the trailer, but that doesn’t exactly create a plot. The film’s description states, “Following a zombie outbreak in Las Vegas, a group of mercenaries take the ultimate gamble, venturing into the quarantine zone to pull off the greatest heist ever attempted.”

We flinch at the word “quarantine” these days, but we think it’s a safe bet that Army of the Dead won’t be giving us flashbacks to any day from 2020 . . . or even yesterday for that matter.

One cheeky Twitter user asked how money was still important in a world filled with zombies, and Netflix actually replied saying, “Not gonna reveal too many details just yet, but I promise it does actually make sense.” You know what? We trust you Netflix. 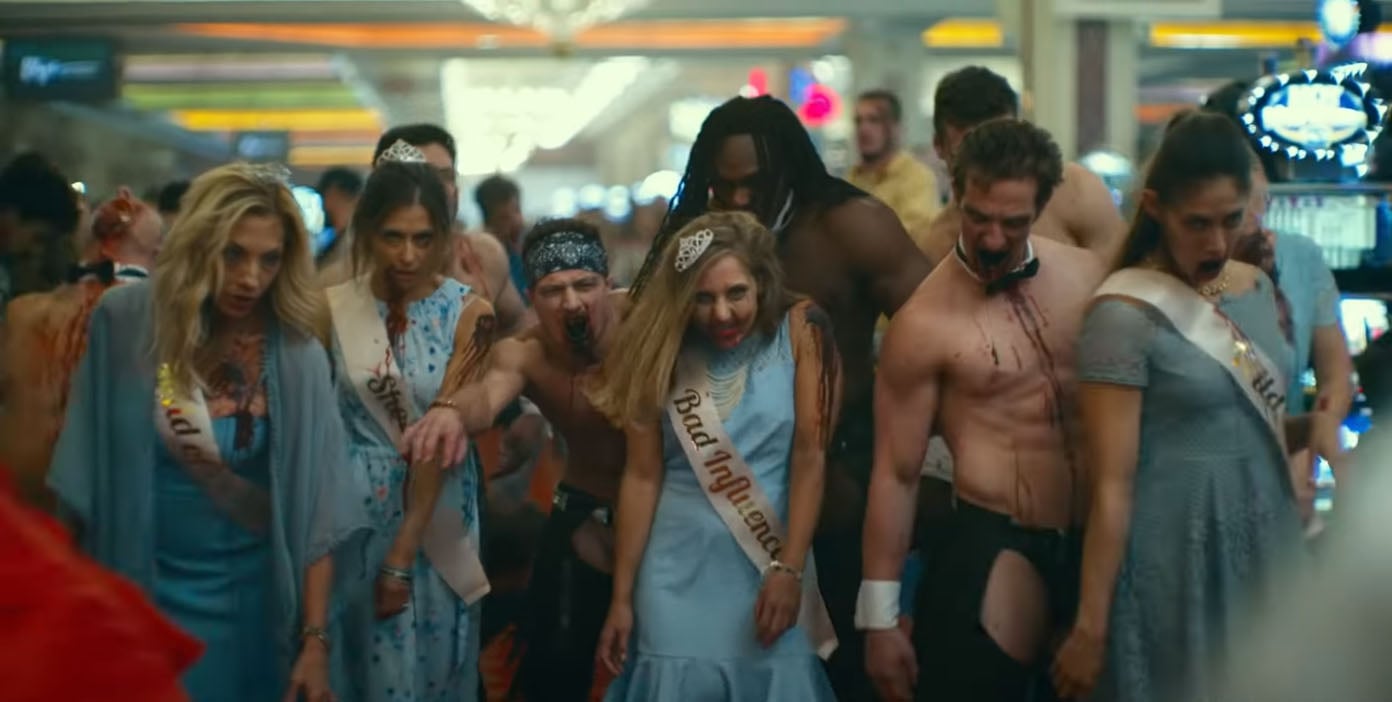 Despite looking exactly like a fun summertime theater release the movie will be hitting Netflix on May 21. So we can all watch from the comfort & safety of our own couches. (Though, we’ll admit microwave popcorn just doesn’t compare to theater popcorn.)

Snyder’s film is, unsurprisingly, rated R and the estimated runtime is two hours and thirty-three minutes. 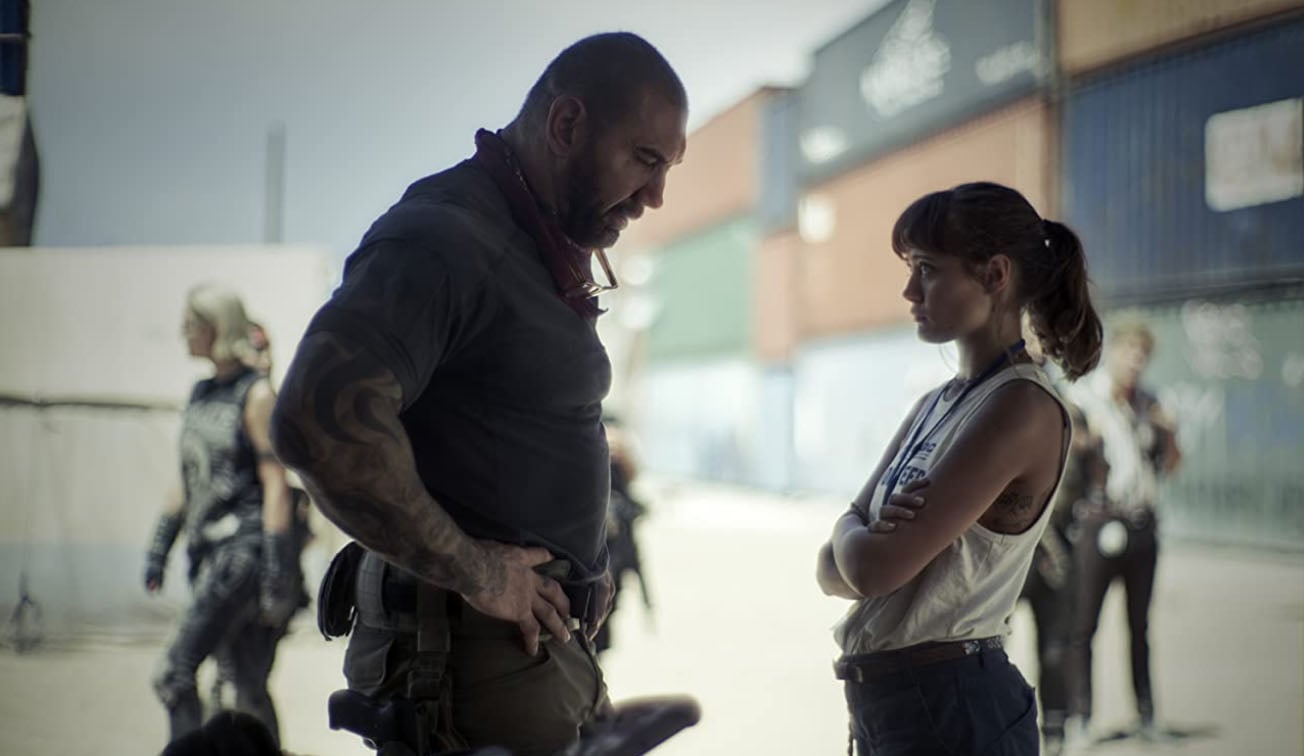 The internet can be a harsh critic, but overall the response to the movie trailer for Army of the Dead has been extremely positive.

Zack Snyder fans are just excited to be getting not one, but two big movies from their favorite director this spring, and fans of action movies in general seem to be stoked too. In the words of one YouTube commenter, “It’s a full-blown, balls-to-the-wall zombie heist movie”. Yes, yes it is – and we’re very excited about it.

A lot of people have been comparing the Army of the Dead trailer to . . . well pretty much every other popular zombie movie & video game out there – with a few people also comparing it to Suicide Squad. However, with so many different comparisons it seems that the movie will be able to stand on its own just fine.

Army of the Dead is part of Netflix’s ambitious goal to release one new movie every week, and will be released on May 21. Will you be watching it? Let us know in the comments below!

Share via:
Tags
Army of the DeadNetflixZack Snyderzombie mobie
Author