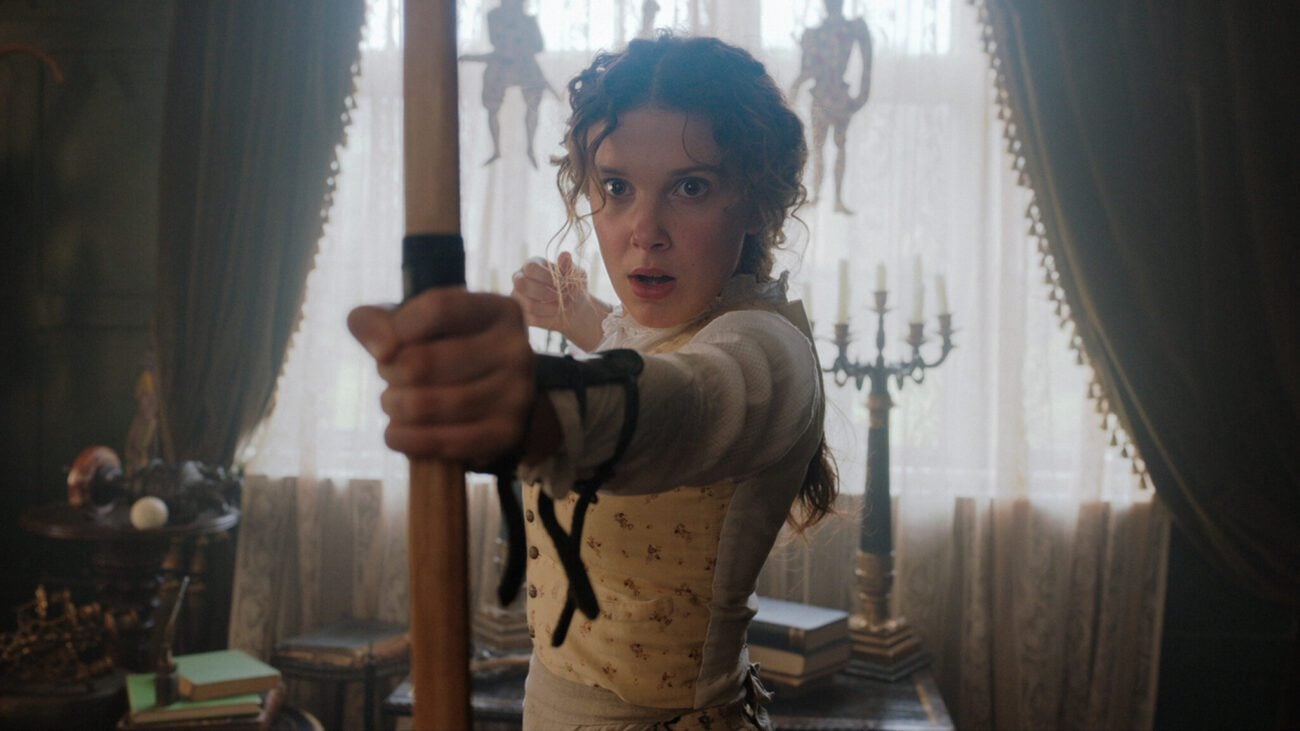 When will ‘Enola Holmes 2’ arrive on Netflix?

Legendary Pictures and Netflix are officially bringing back the Holmes family to the streaming service, as Enola Holmes 2 has officially set its cast and will begin filming in London in the upcoming weeks. Of course, the first Enola Holmes was released in 2020 on Netflix, a film that turned out to be quite a hit for the streaming service, garnering seventy-six million households views in its first month.

This impressive feat was also matched by the fact, at least in our eyes, that Enola Holmes was one of Netflix’s better original movies, as the streaming platform, while oftentimes produces top-tier quality series, seemingly struggles with putting out enjoyable original films. It’s always about quantity over quality for Netflix, and luckily Enola Holmes broke that mold.

As we sit & continue to wait for a third Robert Downey Jr. and Jude Law Sherlock Holmes film, it is evident that we’ll first have to watch another Enola Holmes film, a task that we’re not actually too upset about, given the first one’s exciting action and whimsical setting. Enola Holmes was charming, specifically because of its impressive cast, and we simply can’t wait for the next one given how we felt about the original. 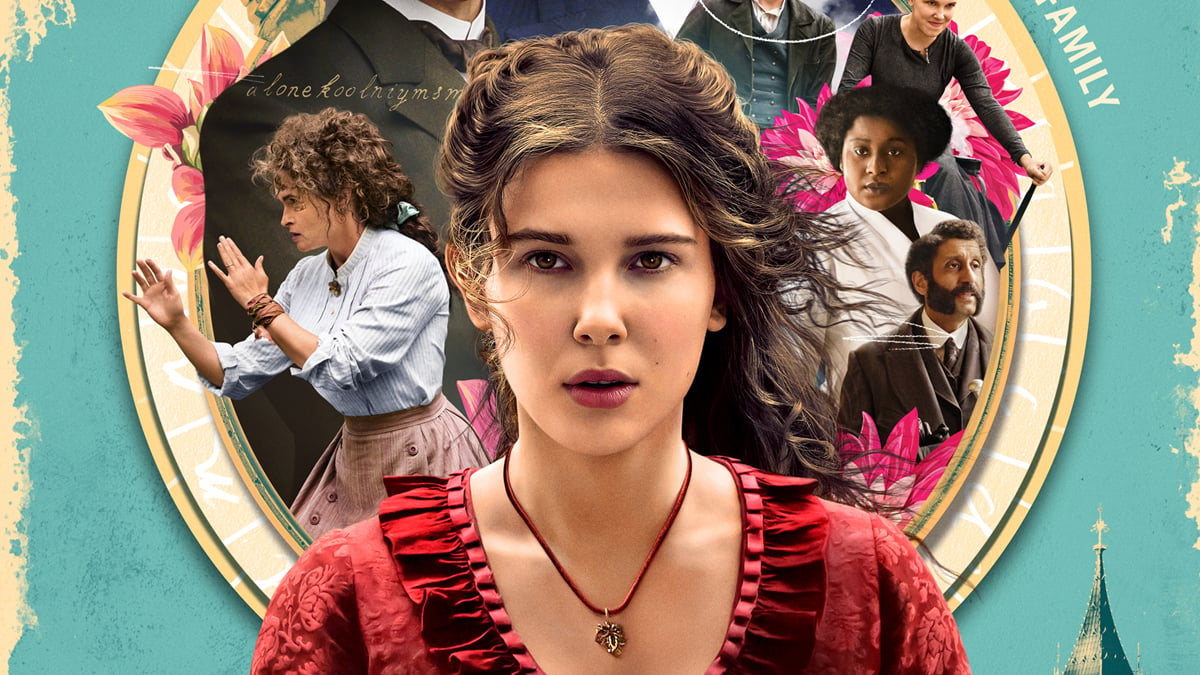 The 2020 film is based on the popular young-adult mystery series by Nancy Springer, telling the story of  Enola Holmes, the teenage sister of famous detective Sherlock Holmes who sets out on a quest to find her missing mother while stopping an evil plot that sets its sights on destroying her beloved country.

The film was directed by Harry Bradbeer, known for his work on shows such as Killing Eve & Fleabag.

The film stars Millie Bobby Brown as Enola Holmes, Man of Steel’s Henry Cavill as Sherlock Holmes, The Hunger Games’ Sam Claflin Does Mycroft Holmes, and Helena Bonham Carter as Eudoria Holmes, the matriarch of the detective clan. All four are expected to return for the sequel, expected to start pre-production in London in the very near future.

In terms of when we could possibly see the next Enola Holmes film on Netflix, it is important to remember that while this is a big studio production, Netflix does manage to pump out their original content fairly quick, possibly suggesting why so many of the original projects are in such poor quality. However, we are excited to see the main cast once again, especially Millie Bobby Brown, who is slowly becoming one of our favorites. 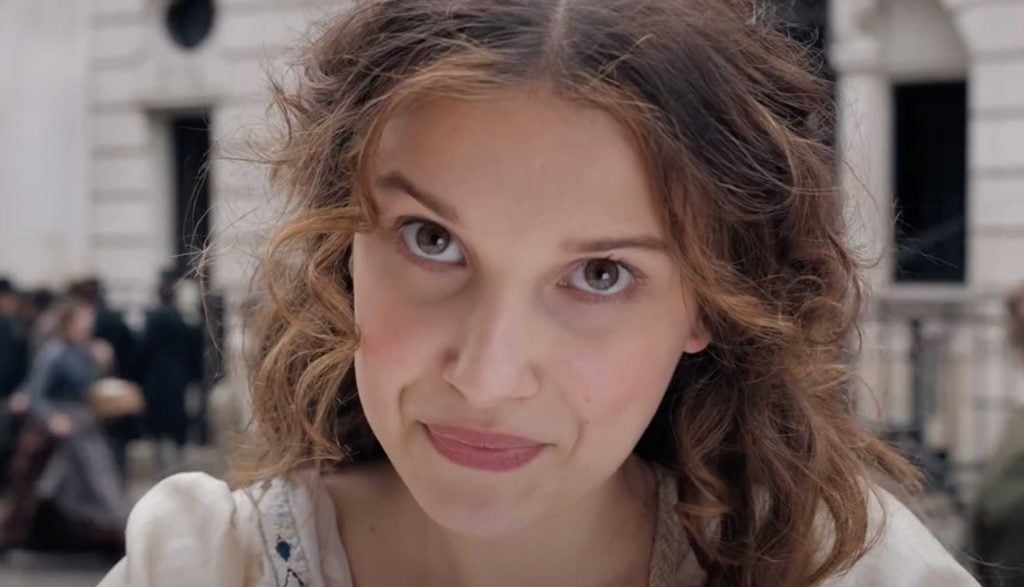 Millie Bobby Brown was born on February 19th, 2004, in Spain, with British citizenship through her parents who are both English. At the age of eight, Mille Bobby Brown and her family moved to the U.S., settling in Windermere, Florida. Does this possibly explain why she’s so darn good at every accent?

The young actress made her debut in the 2013 ABC fantasy series Once Upon a Time in Wonderland, the less successful spin-off series to Once Upon a Time. She portrayed the role of young Alice. From there, Millie Bobby Brown went on to appear in several guest spots in popular TV series, including Grey’s Anatomy, NCIS, and Modern Family before finally landing her big role that showcased the actress’s incredible talent.

Millie Bobby Brown landed the role of Eleven in Netflix’s smash series with an 80s flare, Stranger Things. The show, based around a group of young kids who face supernatural elements in a world built around nostalgia, leans on Millie Bobby Brown’s incredible acting talents early in the series, which is perhaps a big part of why the show is so successful, expecting to debut its fourth season sometime in 2022.