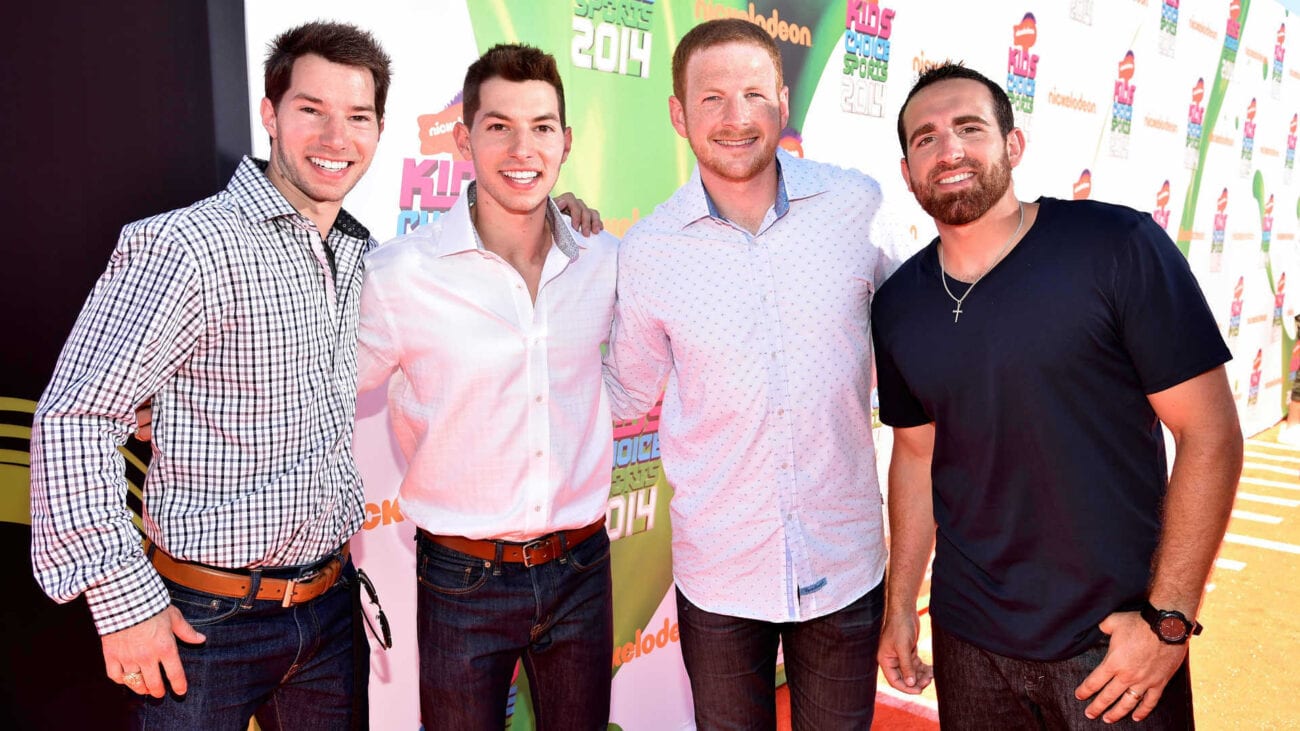 All of the funniest Dude Perfect moments on YouTube

Dude Perfect is two parts insane and one part hilarious. They’re mostly known for their trick shots but most of their videos are extremely funny. It should be hard for the Dude Perfect crew to keep being funny when they never fail to make a shot, but they always find a way to keep their videos entertaining and funny.

If you don’t know who Dude Perfect is, they’re a group of five friends who are the sports equivalent of the Jackass crew. The group met while at Texas A&M and turned their friendly competitions into internet fame, posting trick shot videos on YouTube.

Whether you like basketball, football, or nerf trick shots, Dude Perfect has something for you, and those three types of video only scratch the surface of their 247 videos in eleven years. Here’s a list of the funniest videos they’ve released on YouTube.

The Hybrid Sports Show is a very creative idea & incredibly funny. The Dude Perfect guys combine two sports for a three-round battle, and it’s just insane. The combinations are tackle football & basketball, go-karts races & paintball, and UFC & golf. Each round is hilarious and the quintessential Dude Perfect video.

This one definitely comes with a “do not try this at home” warning, but it’s so worth the watch. The Dude Perfect guys run around and try to pop balloons on top of the other guys’ heads with bow and arrows. You’ll laugh at every missed attempt. It’s stressful for each of them but hilarious for us.

In partnership with the movie Uncle Drew in 2018, the Dude Perfect guys got into prosthetics to do trick shots as old men. They’re hilarious in the video because they’re enjoying every minute of being made up to look like old guys. There are also some excellent basketball trick shots.

Always expect the unexpected, and the Dude Perfect guys crack the sentiment up to 100 with their Unexpected Trickshots video. The trick shots are spectacular, but the reveals are sure to make you chuckle.

The Dude Perfect competition videos are great, and the Drone Hunting Battle is the best. All the guys are super competitive, and every time a drone is shot out of the sky is hilarious. It even has a photo finish to decide the winner. What more can you ask from a Dude Perfect video?

So much bubble wrap

Dude Perfect’s Bubble Wrap Battle video is the only appropriate use for bubble wrap. The video includes Bubble Wrap Jousting, Bubble Wrap Scooter Racing, and Bubble Wrap paintball. The guys are like kids at the candy shop, except they’re at a bubble wrap factory. It’s definitely the championship battle.

A day on the lake

In one of the rare instances where the Dude Perfect guys fail perfectly, the Build a Boat video has two epic failures. Even as fantastic as the fails are, the improvised boats that actually worked.

Remember when you were a kid, battling with your friends to see who could blow the biggest bubble-gum bubble? Well, the Dude Perfect guys are full-blown adults and try the childhood challenge. They stuff their mouths with insane amounts of bubble-gum in the hopes of winning this hilarious challenge.