Is there truly love after death?

In the world of the short film Love is Just a Death Away, yes there is. The stop motion animated short film answers the question in a slightly gross, yet moving way as we see how unstoppable the love of force can be. Not even death will stop true love from being together if it has anything to say about it.

Directed by acclaimed Czech director Bára Anna Stejskalová, Love is Just a Death Away is a stop motion treat you do not want to miss. Just like its main characters, your love of this short film will not stop just because of death.

Desperate to find love in the decaying and desolate wasteland known as a trash dump, a scavenger possesses the body of a deceased dog to try and find love among the various creatures. Even if the vessel of a dead dog has its challenges, the scavenger will find love no matter what it takes.

The plot of Love is Just a Death Away sets itself up for plenty of dark humor moments, but also some heartbreaking ones as well. Choosing the dead dog as the main character could not have been a better fit for this short film. It’s the magic touch to take this film from an eight to a ten. 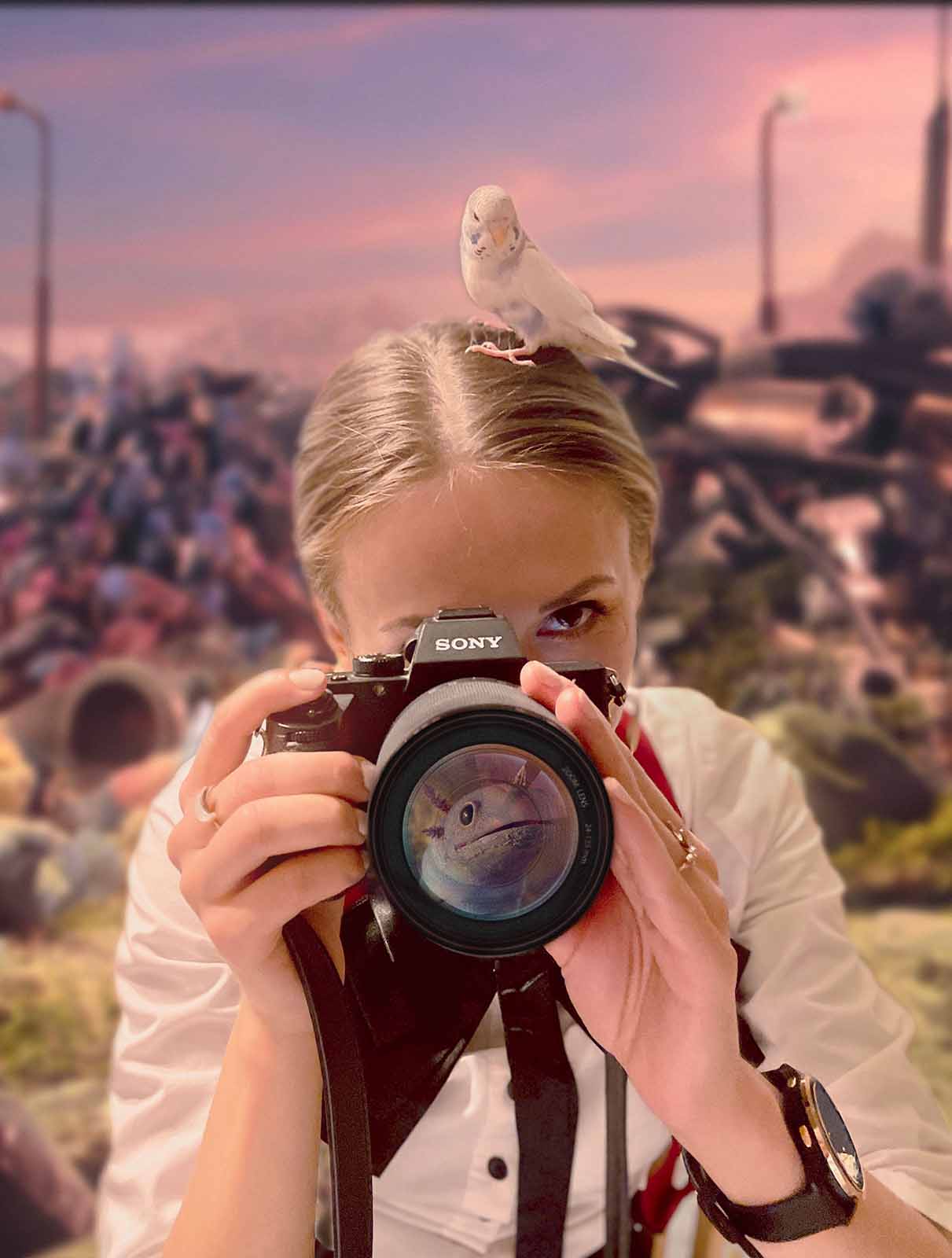 From the moment Bára Anna Stejskalová set out to be a filmmaker, she was destined for great things. Studying at the Arts University College at Bournemouth, Stejskalová quickly became a master of her craft. Upon graduation with her bachelors, her graduation film The Fisherman ended up on a BAFTA shortlist.

It’s not too often you see animated films aimed for a broad audience, not just aimed for children. Animation is overlooked by so many as “children’s entertainment” and even when something is adult oriented, it’s brushed off for being too vulgar or violent.

A short film like Love is Just a Death Away is the perfect way to get naysayers to realize the error of their thinking. While it’s not explicitly made for children, the story of love is universal, and something anyone could enjoy. Sure, it’s a bit grotesque at points, but there’s nothing wrong with a bit of rotting flesh.

Director Stejskalová is pushing the definition of animation with her work, and not just with Love is Just a Death Away. Even her other works like 24 and The Lighthouse push the grounds of animation through gorgeous visuals and universal stories.

Most important of all, Love is Just a Death Away excels as a stop motion film. While animation itself is far from rare, stop motion creators are dying out. Stejskalová is a rising creator in the medium and has great potential for future stop motion projects if she so desires.

Premiering at SXSW, Love is Just a Death Away is already making a name for Stejskalová on the festival circuit. The future is bright for this Czech animator.