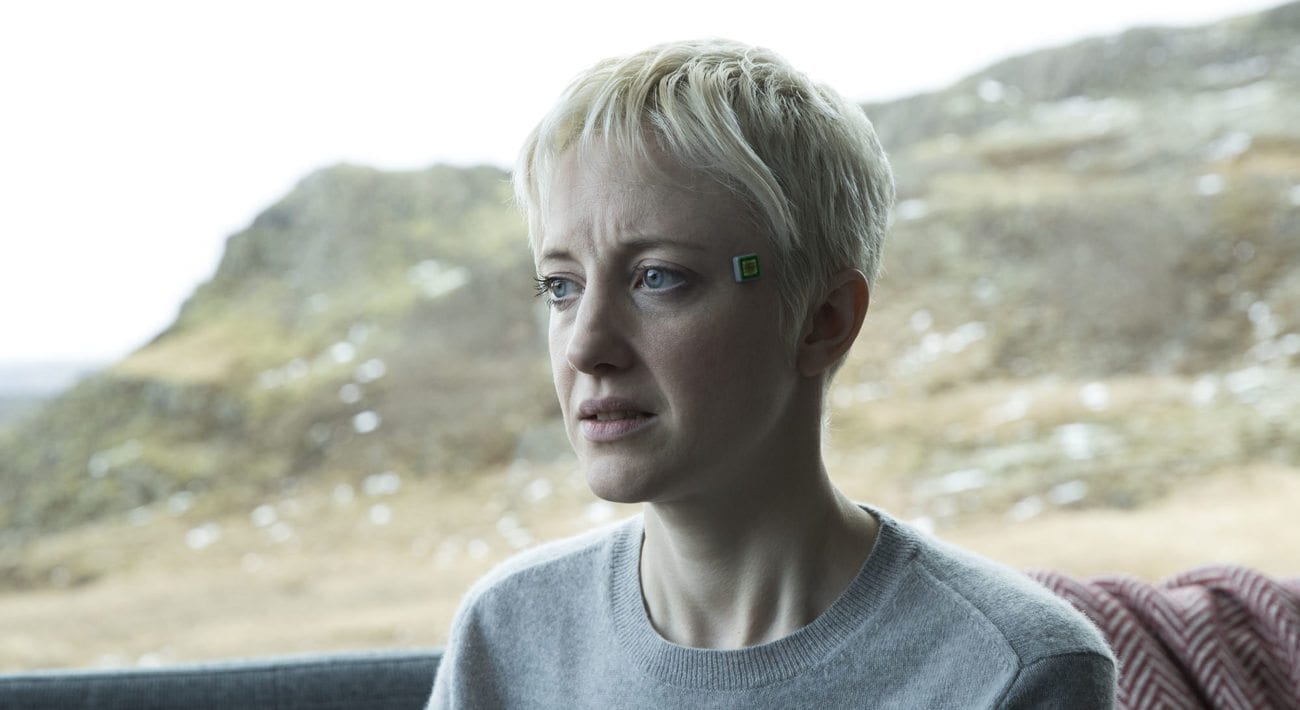 Black Mirror by this point needs no introduction. It’s gone from a Channel 4 sleeper hit to a pop culture sensation. Its maestro, Charlie Brooker, once wrote small series for the BBC and had a column for the Guardian. Now, he’s got a few Emmys to his name and a deal with Netflix. Black Mirror explores technology from either now, a few seconds from now, or years ahead. It presses dark human immorality and existentialism up to a black screen, cracking upon the impact of misery. The series is likened to a modern take of The Twilight Zone in replicating its feeling of pure discomfort when faced with a world-view altering story. Black Mirror has a point though, not just about technology but about human nature. You’re revolted, turned off, sickened by the end – but that doesn’t mean you’re going to stop watching.

Philosophically bombastic situations were launched in previous series, and their ambition was scaled up in the transfer to Netflix, along with their budget, appeal and casting calls. Series four of Black Mirror has little relation to any narrative thread running beforehand – each episode is a standalone comment on humanity & tech.

While the third season was home to such show-stoppers like “San Junipero” and “Shut Up and Dance”, two episodes failed to connect. “Playtest” and “Men Against Fire” wandered too far into referential rabbit holes, meandering around a clunky message. Series four brings both good and bad news. Every episode unravels an idea, stretches its potential to a logical point, and ends in (usually) total trademark bleakness. But while the overall consistency is enjoyably unsettling, series four lacks the shocking pivot point “OMG moments” of previous outings.

In totality, Black Mirror is still one of the best shows you shouldn’t simply binge watch. Seriously, we had to walk our dogs or have a lie down after some episodes. It’s still rife with ballistic collisions of ideas, tones, and stories. There’s some incredible casting work this season, with Maxine Peake (The Theory of Everything), Letitia Wright (My Brother the Devil), and Cristin Milioti (The Wolf of Wall Street) all stand-outs. This series is much more politically charged than other seasons, which works well with the world’s current social climate. Black Mirror’s latest is a nice complement to all the Christmas cheer you’ll be experiencing – have a bit of bleak nihilism to wash down the aftertaste of turkey dinners and gift wrap!

We’ll be reviewing each episode of season four, trying incredibly hard to avoid spoilers as we circumnavigate them. Black Mirror season four is essential viewing, if a little lacking in the emotional punches of season three. If you want to go in completely blind, however, then stop reading right now.

Logline: A story about memory, remorse, and the lengths someone goes to protect a misdeed.

Verdict: This story puts a woman (Andrea Riseborough) at the center of a tale that weaves through time & memory. She commits an act that could potentially ruin her entire life, so takes extreme measures in light of her desperate circumstances, showing off the truly dark underbelly of the human psyche, along with Black Mirror’s trademark black humor.

What starts off as an unnerving story about covering something up unfortunately turns into a bit of a retread. The technology explored here is a bit too familiar to “The Entire History of You” from season one, and as that was the only episode written entirely without Charlie Brooker, one feels this is his attempt to take those themes in his own direction. But its hefty drama doesn’t save it from predictability. When Kiran Sonia Sawar’s character enters, a series of obvious setups ensue to break momentum.

There is some memory rejigging, but without incisiveness. Sawar delivers a heartbreaking set of scenes in this episode, and Riseborough manages to show the physical sensation of internal mental collapse extraordinarily well – it’s just a shame the characters’ motivations are never quite explored or explained. Hillcoat’s direction manages to splice together a neat structure to the whole episode, finding cold comfort in the washed-out aesthetic. One of the side stories actually deals with some of the central themes more neatly – a sign of insufficient screenplay development. “Crocodile” is the weakest episode of the new series, trying to find a new spin on the memory technology, while the rest of the episodes hit their mark more squarely.