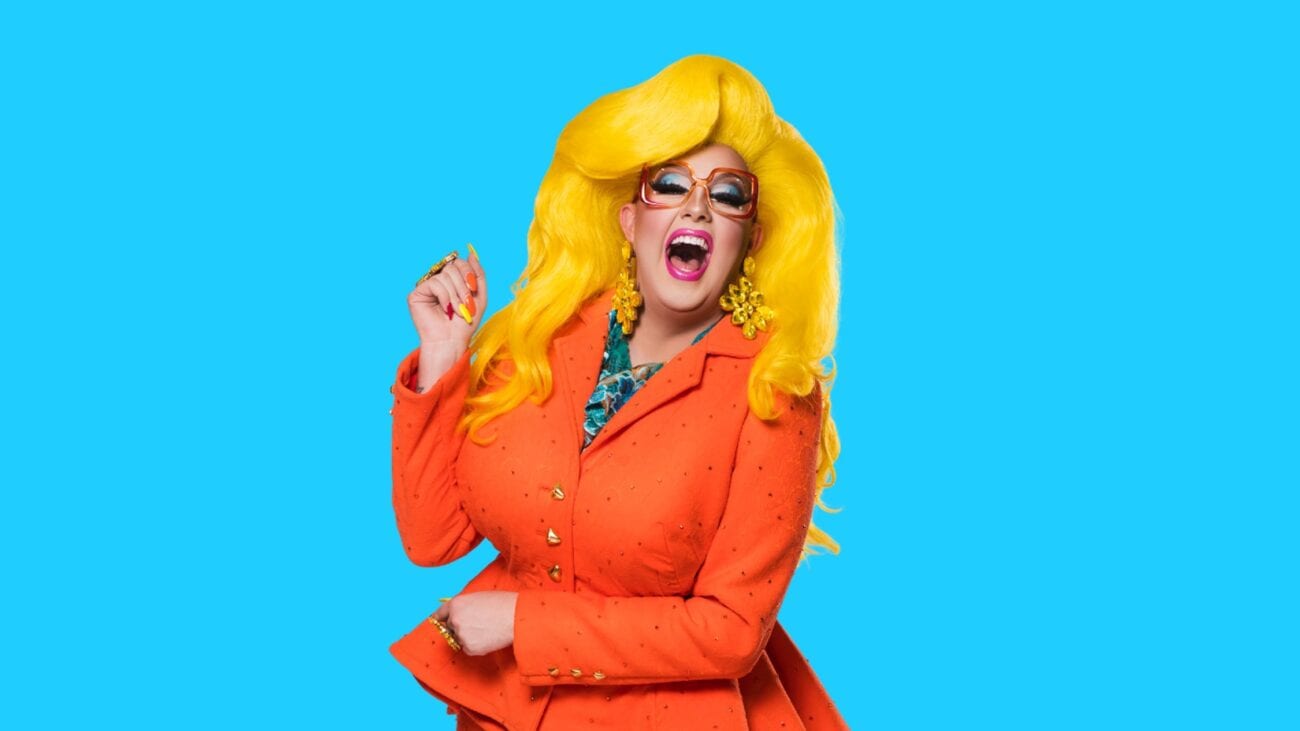 What if Karen wasn’t just a name for a miserable human being and a simple woman working her 9-5 office gig? After buying some clothes with friends and getting riled up as a joke, Karen from Finance found her drag name and stuck with it, becoming the icon we know and love today.

Many queens have said their personas are kind of like a character in comparison to their actual personalities, but every time Karen comes on stage, there’s a whole backstory to her lewk. For her, drag goes beyond just dressing up and becomes almost like a mini-play every time she steps on a stage.

We spoke with Karen about the inspiration behind her persona and why she chooses to go so in depth with her character work. You can read our full interview with runner-up Karen from Finance below. 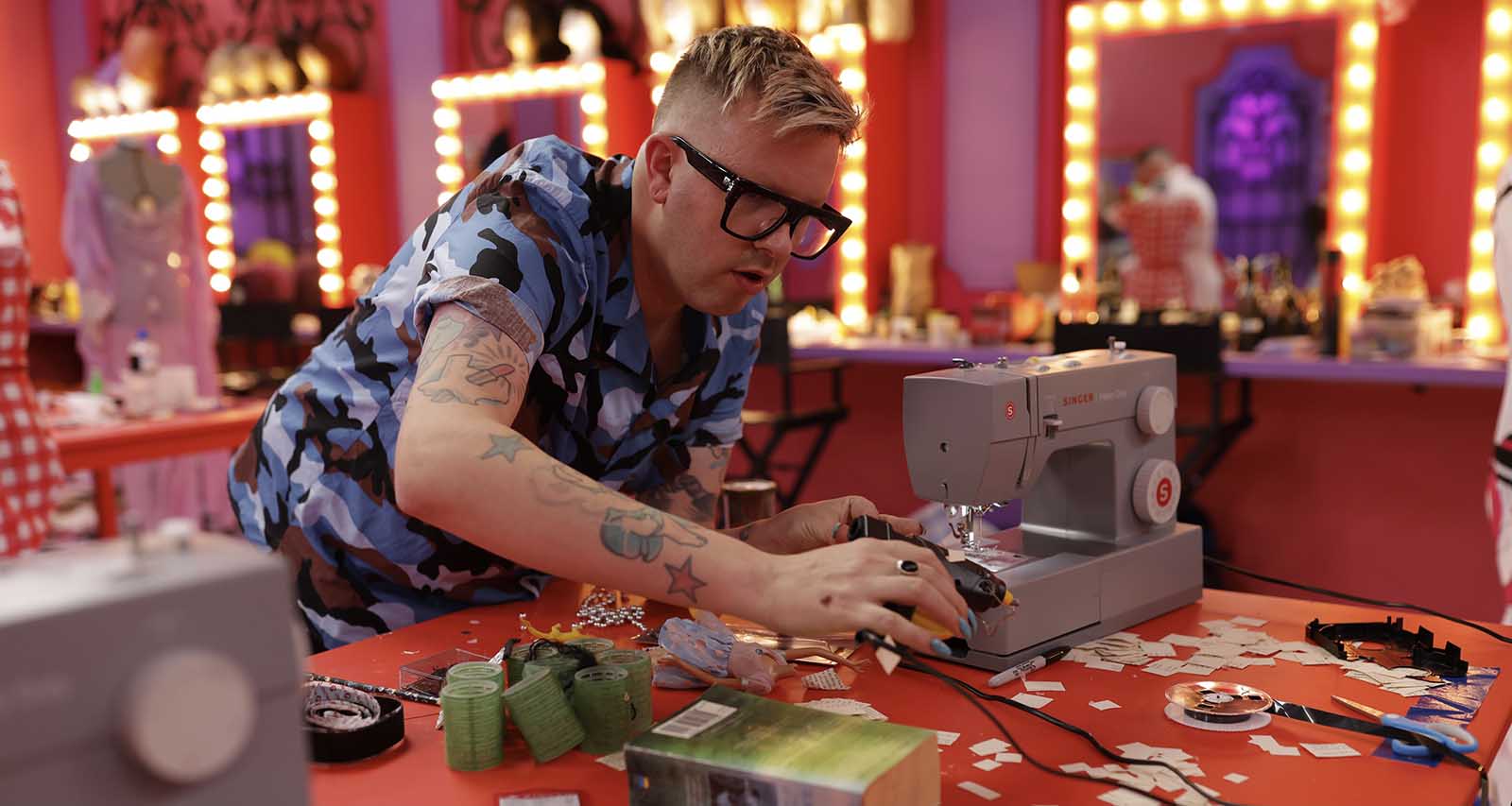 Well, it kind of stayed in the party vibe for a long time. The second time I ever did drag, it was maybe a week after that. I was so excited by what just happened and I thought it was so curious. I love this idea of Karen from Finance being you know this, single, middle-aged office worker that just went out on their own and got lit on the weekends.

And so I guess I got a little bit method acting with it the next weekend, as I got dragged up again. And I took myself out to a nightclub, but I went on my own, so I could have the authentic Karen from Finance experience. And when I arrived there, it was kind of awkward because I didn’t know people there. But yeah I went out on my own. 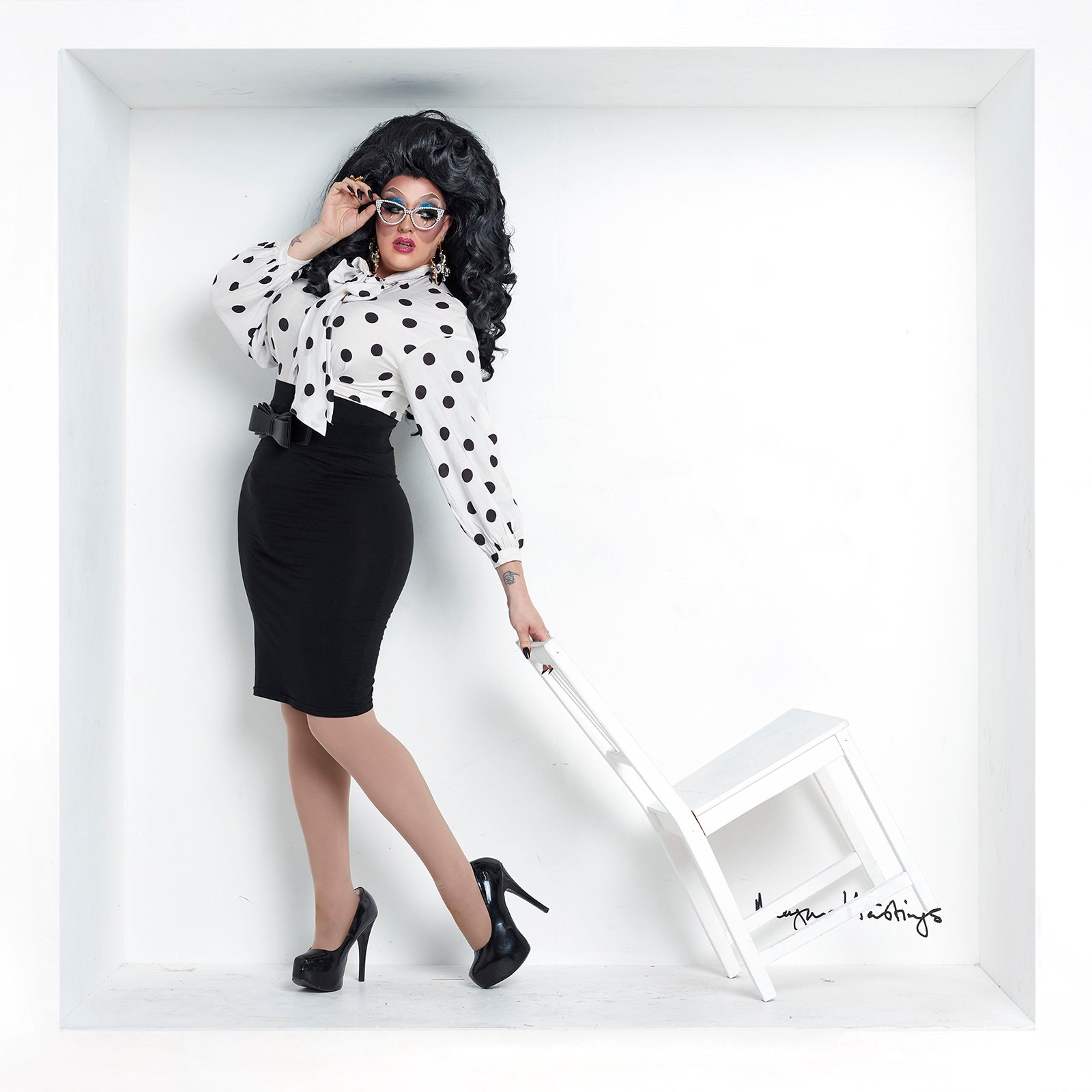 I just played with the idea of the character so many times, like that in the party context. I kind of made a little bit of a name for myself, I guess. And then, a good friend of mine was kind of the head honcho when it came to throwing like the parties in the alternative underground drag scene in Melbourne.

Their name at the time was Mommy Complex, or Olympia Dukakis as they came to be known as later, and they asked me to perform at their party and I thought “Well I’m not a performing drag queen I know I can’t but I guess I could give it a go.” And the response to that was just so electrifying that I thought, “You know, there really is some substance in this, we’re gonna stick with it.” 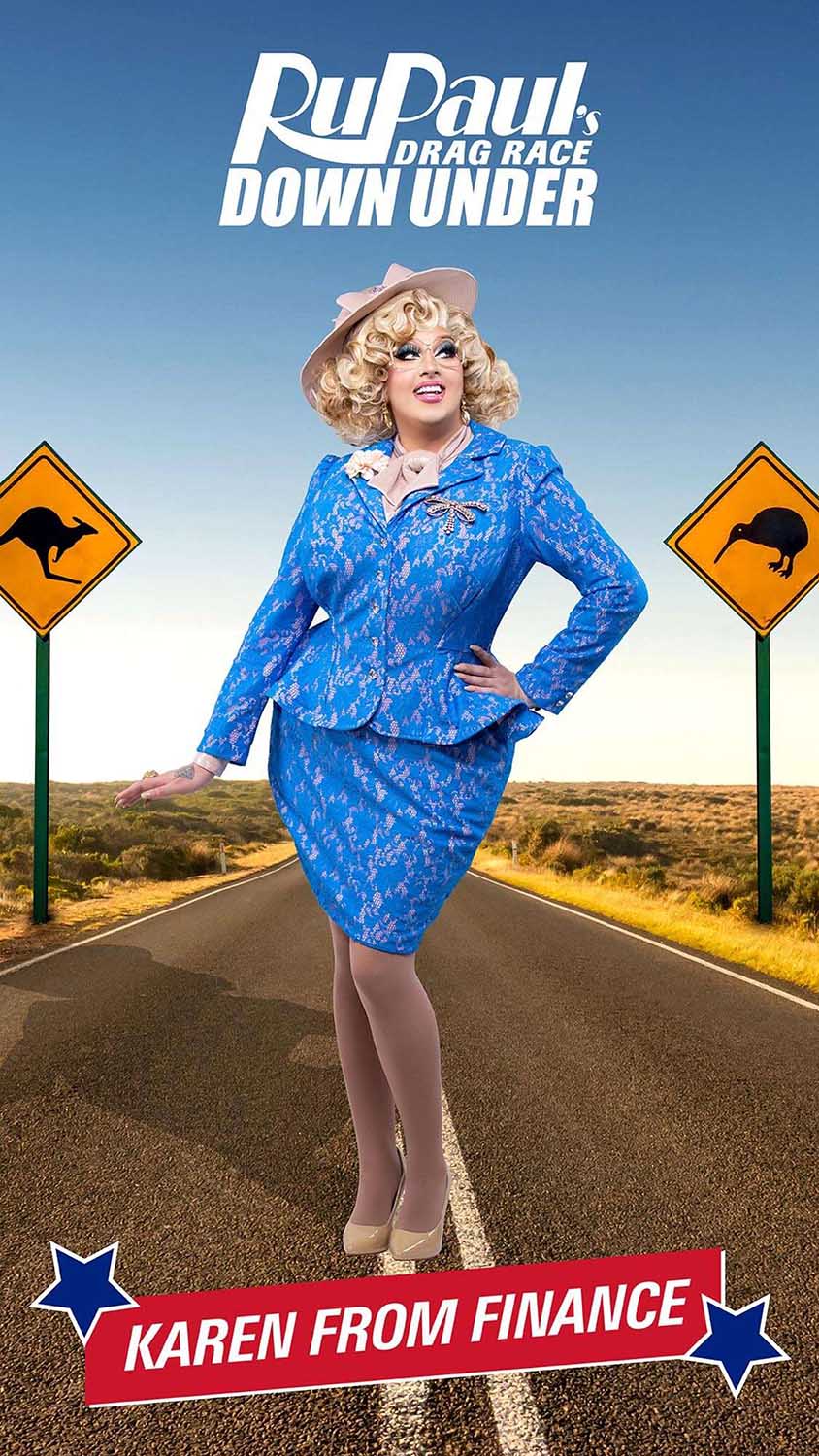 Is there an actual “Karen” out there who inspires your drag persona, or were you just inspired by the stereotypical office worker?

Yeah, that it was the latter. There was no one in my life called Karen it was based off of, and the thing that needs to be noted is that when I came up with the concept and the idea of Karen from finance, Karen’s weren’t a thing.

So this is you know, this is before you know the outbreak of Karen’s over the last couple of years, which has been its own thing to deal with. But yeah no, Karen isn’t based off a singular person, she’s based off an idea. 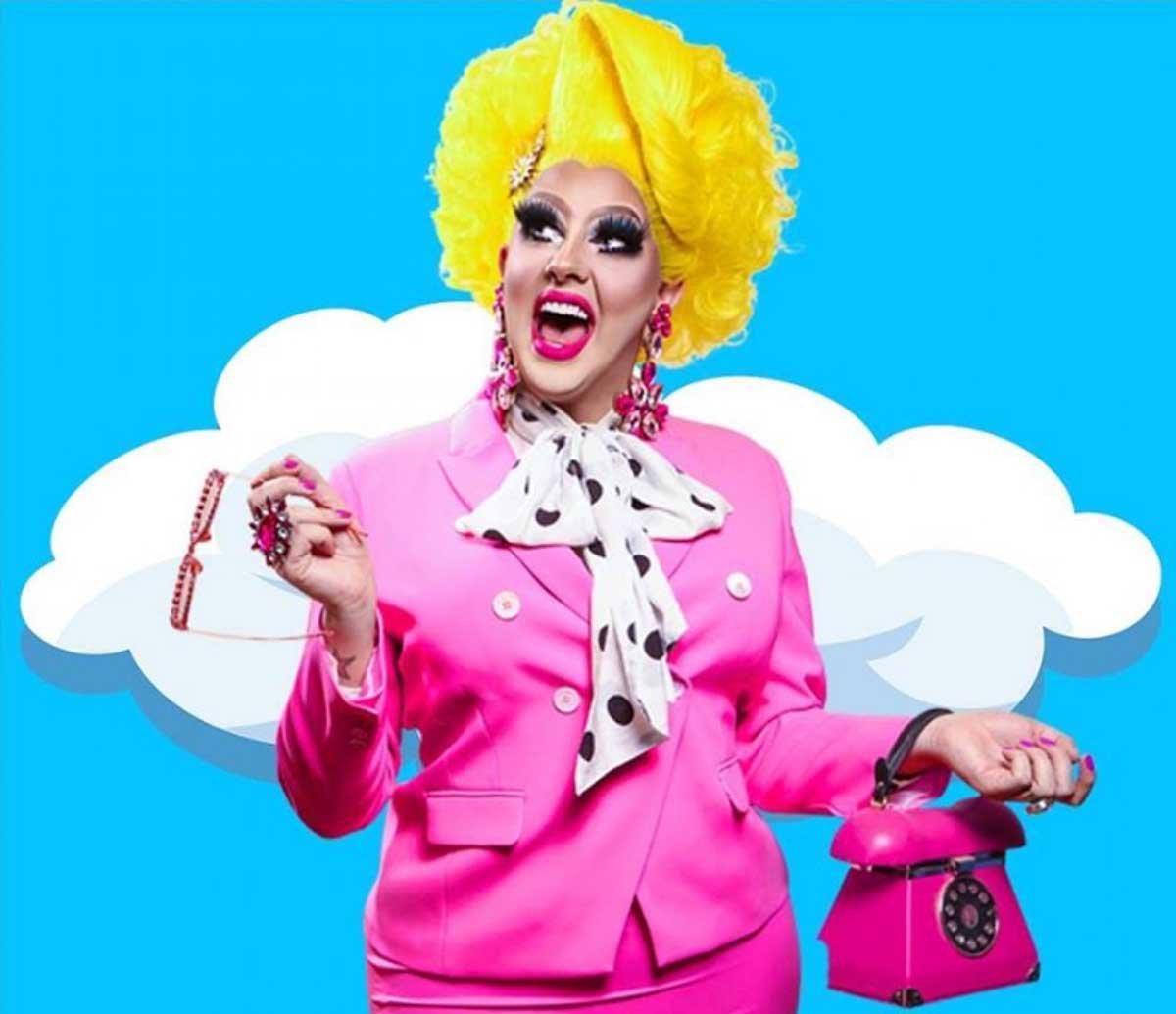 While drag is often seen as a second personality for many performers, you literally make your drag persona a different character. Why did you choose to do that?

Well, the first time I got into drag, it was for a friend’s birthday party, and it wasn’t necessarily getting into drag. It was just a costume party, and I thought, “Oh you know I’ll do the wig and the makeup and the lashes I’ll do that thing.” The result of the makeup that I did was just, I didn’t look like me anymore. I was a completely different person.

And I had never, I’d come up with a character of Karen from Finance but I’d never thought of her as a drag queen, so when someone asked me that night what my name was that, that was just kind of the go to, so I expressed that I was, you know, I was, my name is Karen from Finance and I kind of performed the idea of who I thought that was through this night at a party and it was really really fun.

And, yeah, the rest is kind of history, I’ve just been playing with it ever since. 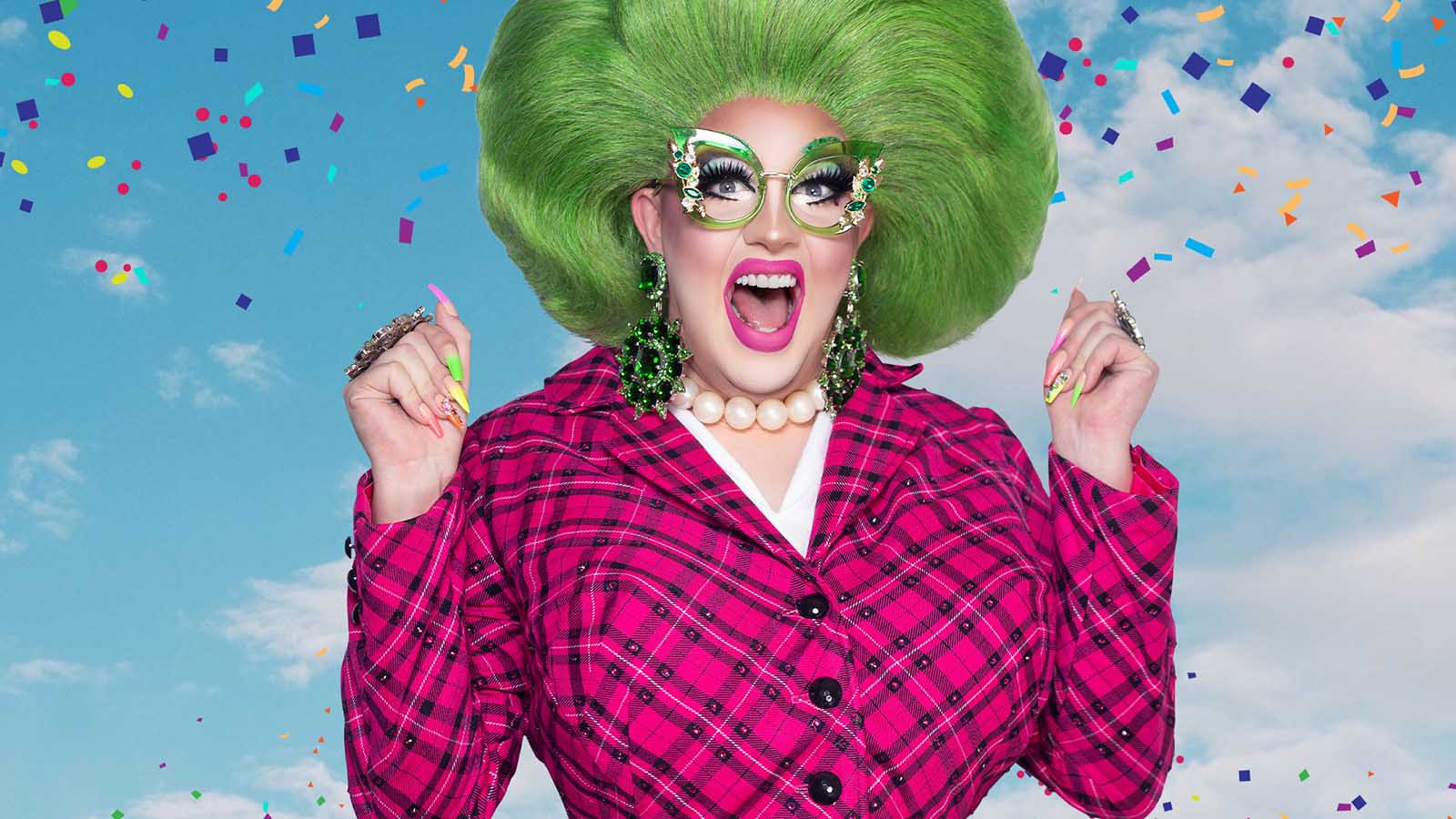 Do you feel like you were pigeon-holed at all during Drag Race Down Under because of your persona?

Yes, I think that I was pigeonholed and there were expectations set upon myself that weren’t, maybe put upon some of the other contestants. But that’s from both the judges and myself, you know. I accept that responsibility and that’s something that comes with the character.

For instance, you go into a design challenge or a commercial challenge, you don’t just get to be a fun drag queen, you’ve got to be Karen from Finance being the fun drag queen doing Drag Race. And so, there was some added pressure, but it was pressure that I was happy to have put on myself. That’s part of the branding, that’s what I expect for myself as well. 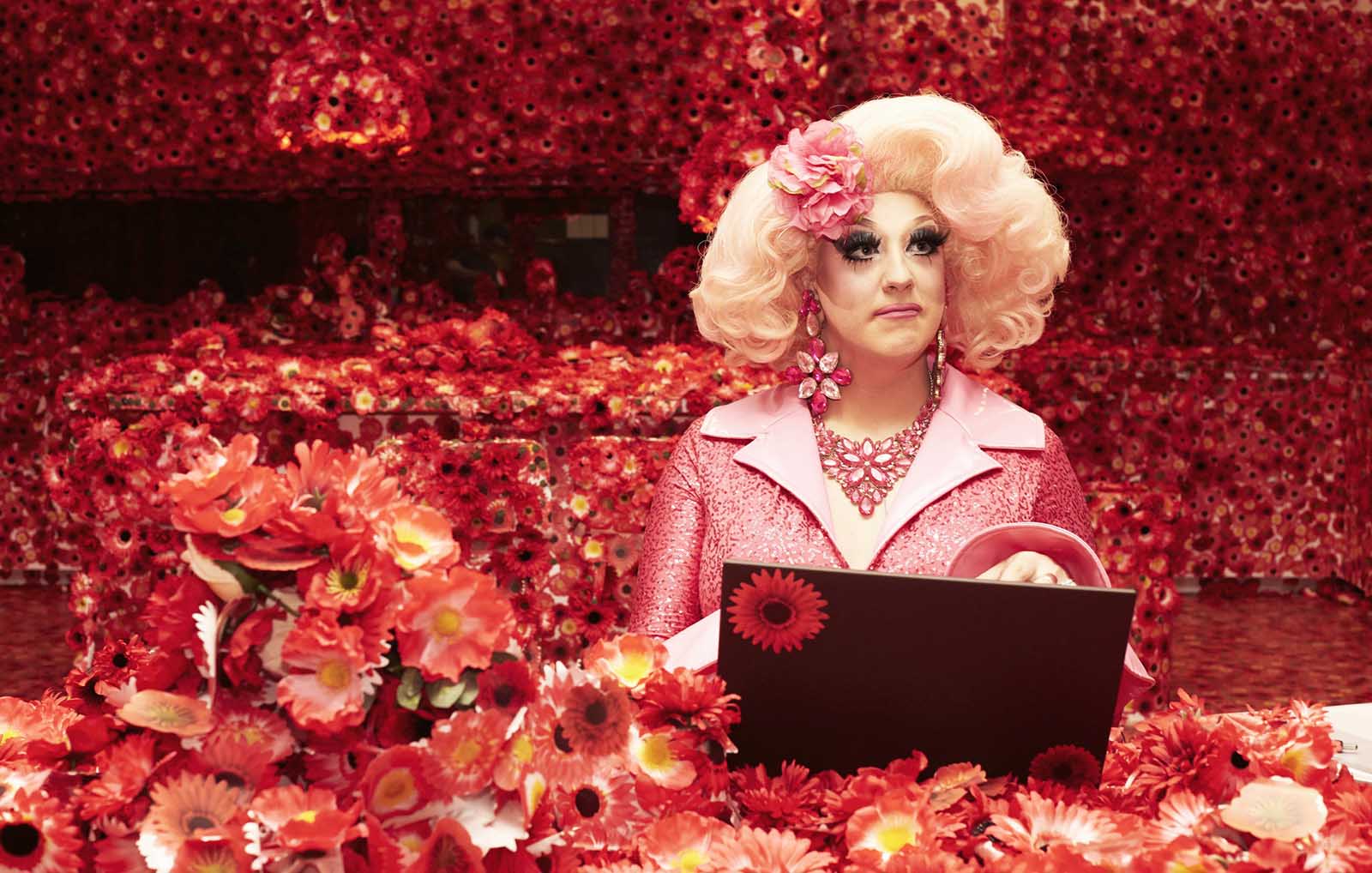 How did Drag Race Down Under help you grow as a performer?

Yeah, I really think it did, because what it did is it solidified most of the ideas that I had about myself in the way that I work. I went into Drag Race knowing that I’m a bit of a control freak when it comes to my craft and my output. Drag Race is all about taking that control away to show vulnerability, which is great as vulnerability is very important, but I think that Karen from Finance is a very vulnerable character.

She just really works when I have control of her in the world of finance in the office, and so I learned that the control that I have over her is really important to the output, but also that, including a little bit more vulnerability in there to show more aspects of Richard through Karen from Finance is probably something that I can take away from the show. 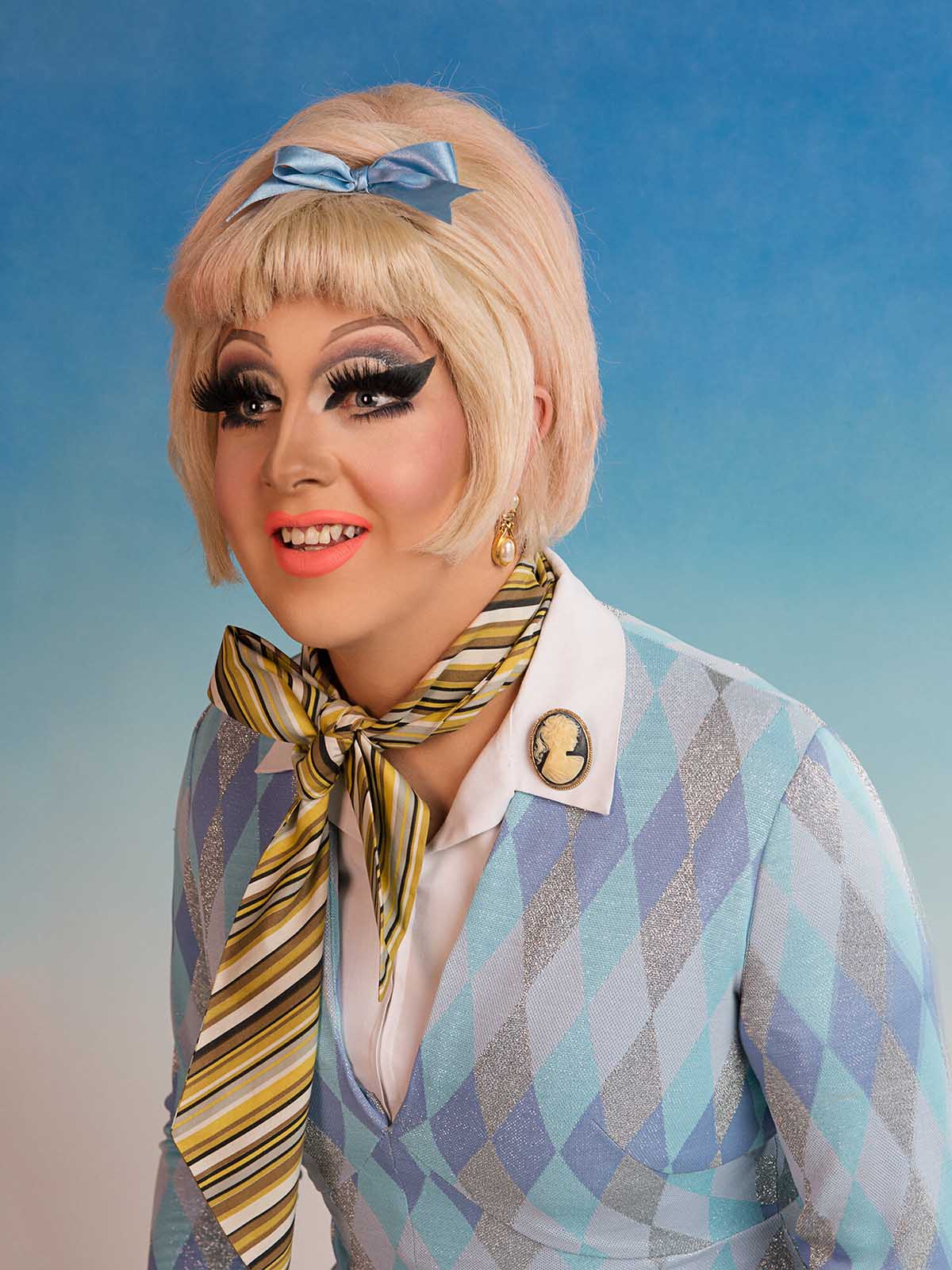 What do you hope your legacy on Drag Race Down Under season 1 is?

I really love that people can take away the fact that you know in and out of drag, I kind of gave Karen the whole time that she is, she’s just so sweet. And I think that drag doesn’t have to be you know this bitchy, catty, fears, snatch the wigs and, you know, steal the crown, sort of vibe drag is.

Drag is fun, drag is camp, drag is comedy, and drag is community, and Karen from Finance, I’ve always set out for her to be this really kind of sweet wiser older character. I really want younger generations to take away the idea that can be drag, and that is drag and that can be considered when you’re putting a drag character together. 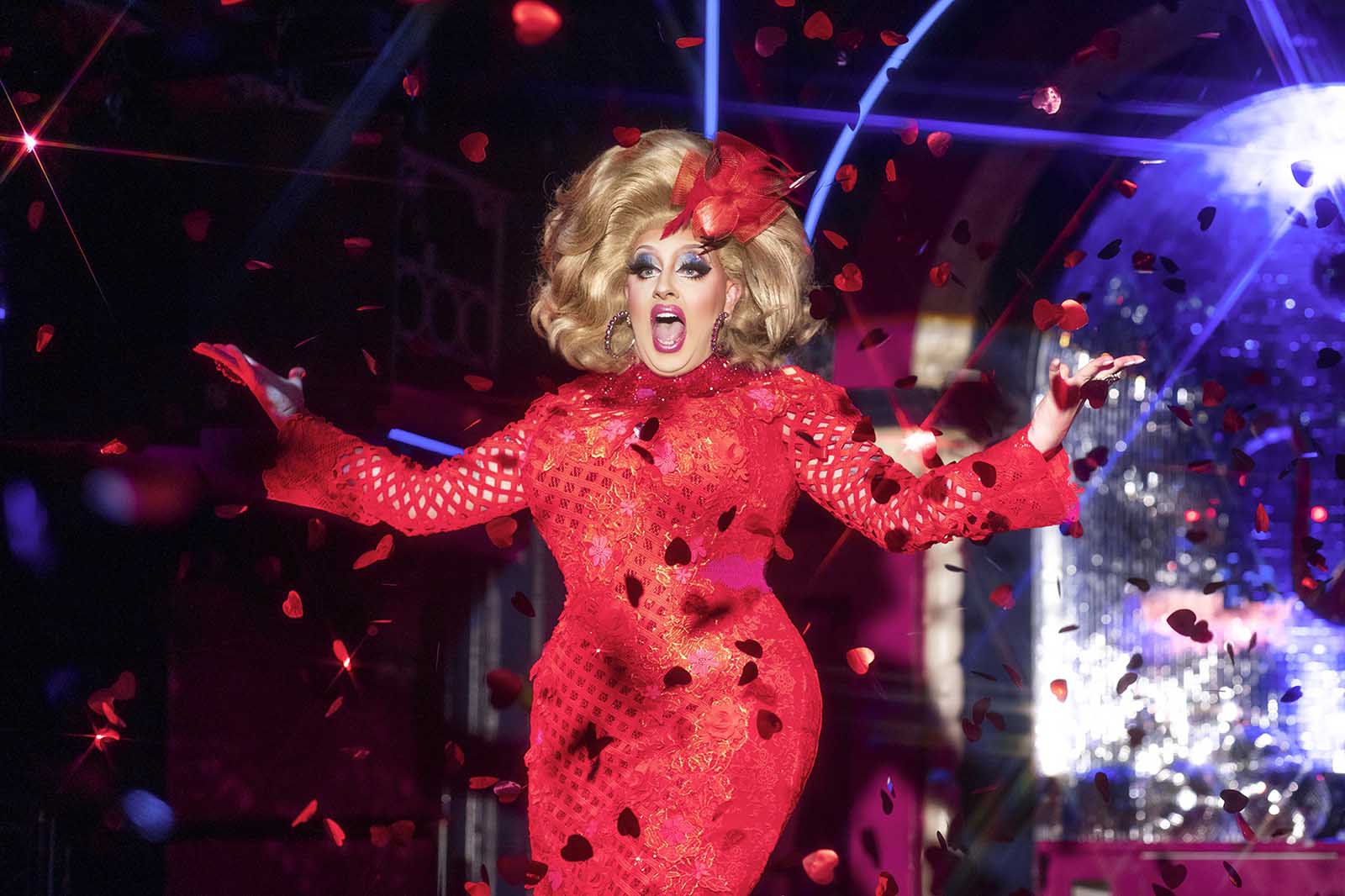 What’s coming next for Karen from Finance?

Well, the finance world is about to get a promotion: we’re going in and we’re going in hard. I’ve got a song coming out very soon, along with a music video which is very exciting. I’ve got a huge tour of my one-woman show Out of Office being announced very very soon. That too will be a little later on in 2021.

In the background, I’ve been working on and writing my follow up one-woman show which I don’t have a name for yet but that’s going to be debuting early 2022 So lots of stuff coming up for Karen, lots of other amazing tours and shows and Fun Club parties as well.

But we’re really diving into, you know, the cabaret theatrical world of Karen from Finance and the office, and I can’t wait to bring that all around Australia and New Zealand, hopefully, fingers crossed, not too far away from the rest of the world.