True crime has become a global phenomenon, and so have podcasts. Put them together and that’s where the magic happens. Em Schulz & Christine Schiefer created And That’s Why We Drink to combine their favorite things – true crime & the paranormal. It swiftly became one of the most popular podcasts of its genre.

The pair were only acquaintances when they started the podcast, but that changed when they got to know one another. Now, they’re very good friends and still talking about what they love to this day.

Want to learn more about And That’s Why We Drink? Watch our exclusive interview with the podcast hosts, Em Schulz & Christine Schiefer, here.

Em Schulz is a well-known lover of all things supernatural. Christine Schiefer is true-crime obsessed. The pair bonded over their obsessions and brought And That’s Why We Drink to life. 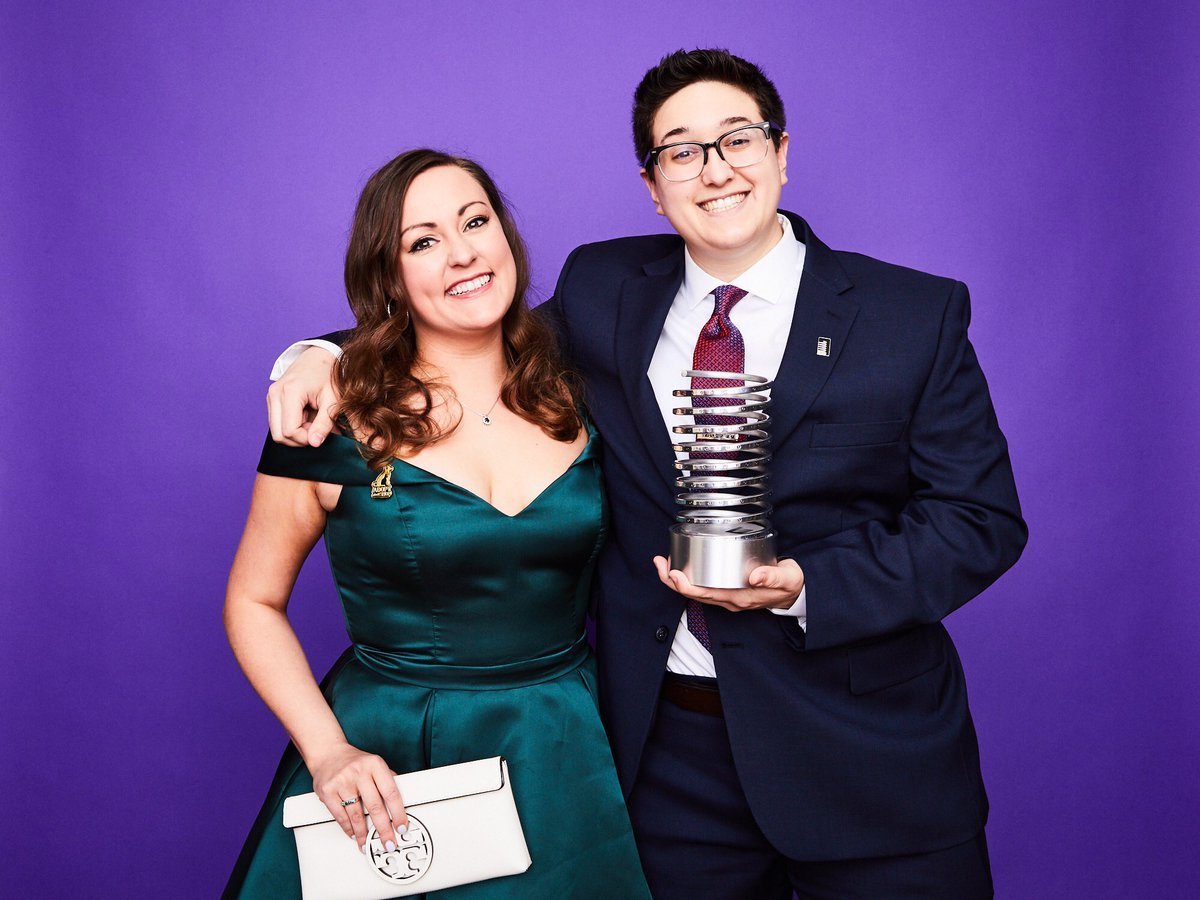 Christine Schiefer was aiming to pursue TV writing and moved to LA in 2015, where she became a part-time dog-walker. After walking many dogs, Schiefer also worked as a Lyft driver, coffee-fetcher, and a private investigator.

Christine also cohosts the podcast Beach Too Sandy, Water Too Wet alongside her younger brother Alex. Named by Spotify as one of the “best new podcasts of 2019,” the show features one-star reviews read in the most dramatic fashion.

The pair found their greatest strengths to be a huge asset thus And That’s Why We Drink was born! 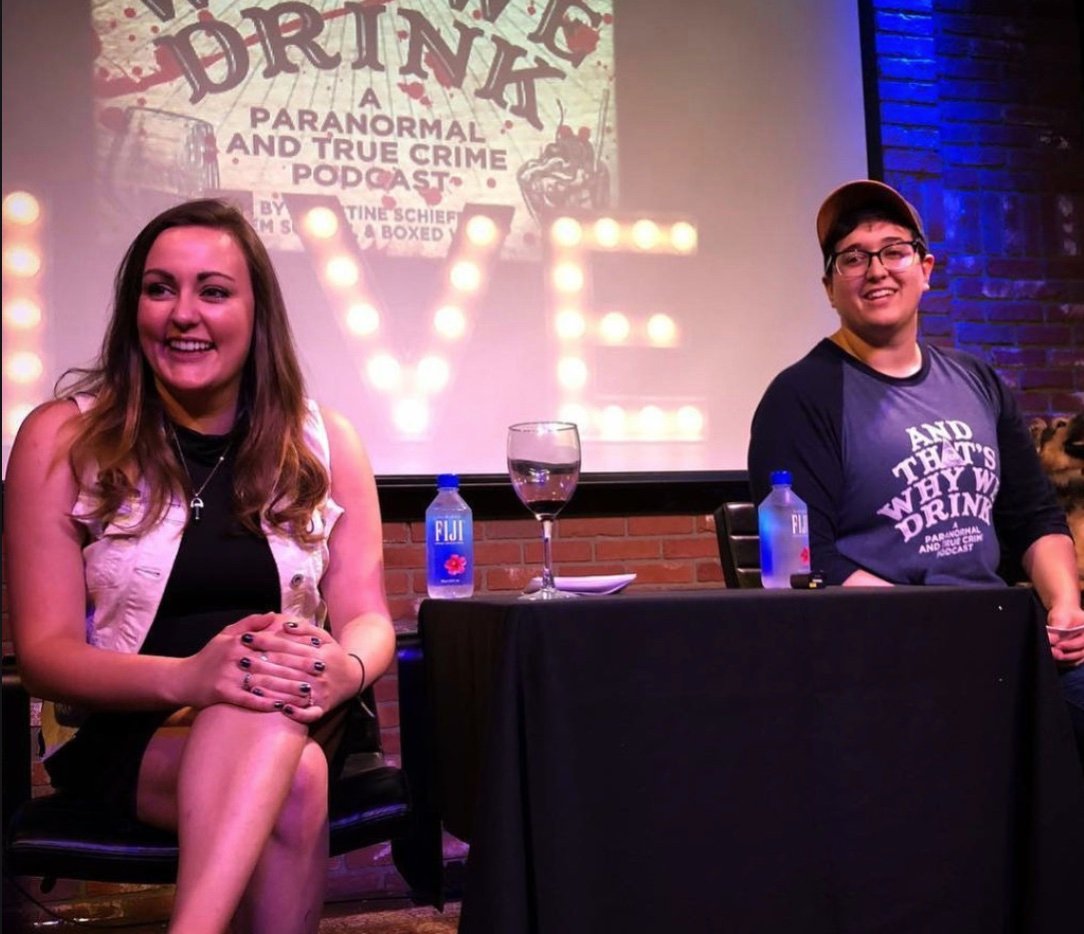 And That’s Why We Drink

The true-crime/paranormal podcast has now become a sensation. After launching in 2017, And That’s Why We Drink has won awards including the 2019 “People’s Voice” Webby Award for Best Comedy Podcast.

In 2018, Christine & Em took their podcast on the road for the first time for the And That’s Why We Drink LIVE tour, selling out venues across North America. In the spring of 2020, they set out on a twenty-five-city tour called Here for the Boos, just as stay-at-home orders were set in place.

As they look to reschedule the live dates, Christine & Em have started doing a virtual version of their live show – the first one selling out within minutes and streaming to over 3000 fans. They donated the net proceeds of all virtual ticket sales to charity. 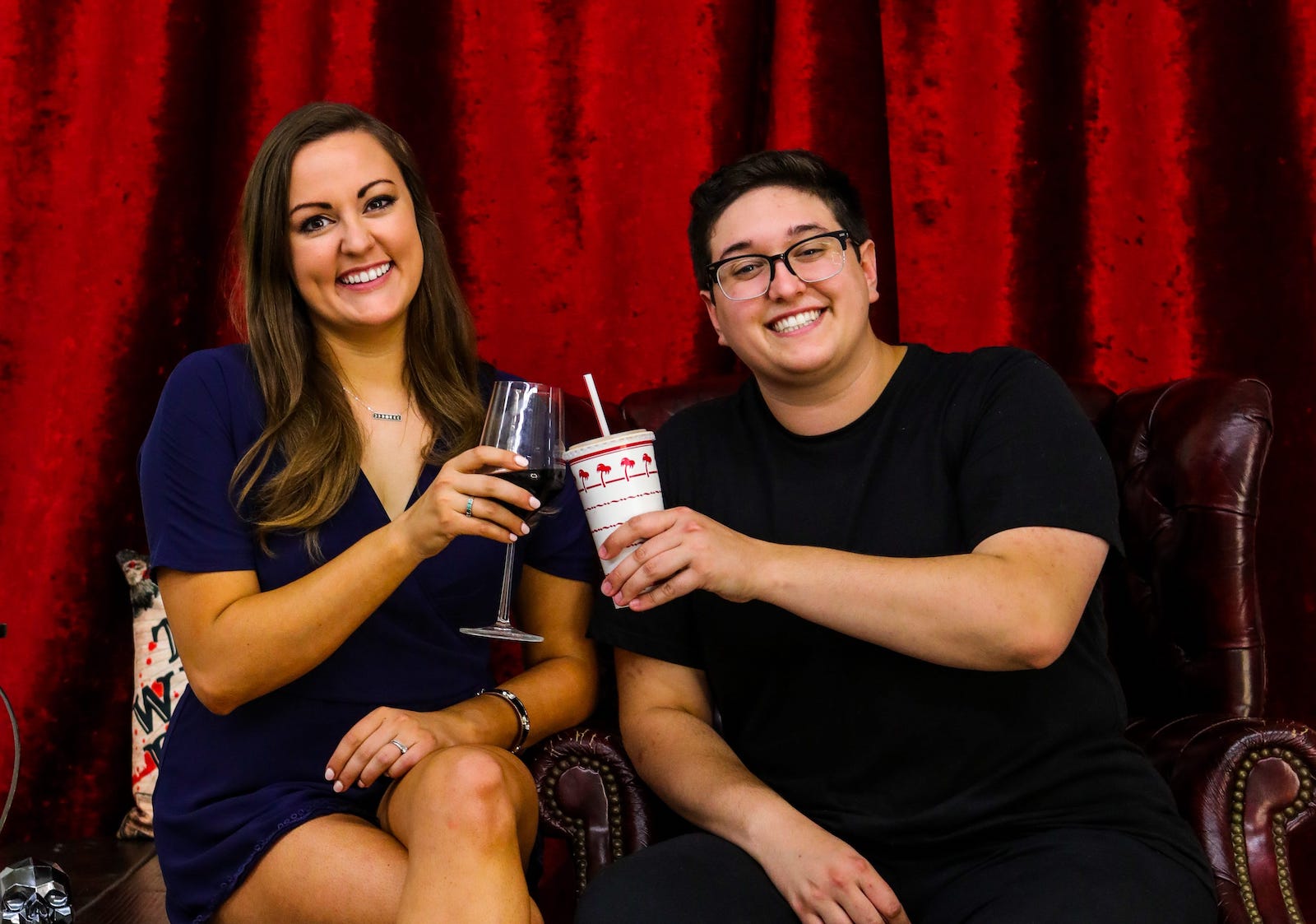 In December 2020, the podcast hit a major milestone with their 200th episode and published an exclusive comic book for their fans that illustrated their very first episode as well as released a limited drop of throwback merch from the early days of the podcast.

Through And That’s Why We Drink, the team have covered over 200 cases, including hauntings, alien abductions, cryptids, legends, conspiracies, and historical figures in the paranormal world. It’s easy to see why many fans of the weird and wonderful flock to Em and Christine’s podcast when they get the chance.

Have you been listening to the true-crime podcast And That’s Why We Drink? Do you have any questions for Em Schulz & Christine Schiefer? Have any creepy paranormal or true-crime stories you want to share with us? Let us know your thoughts in the comments.