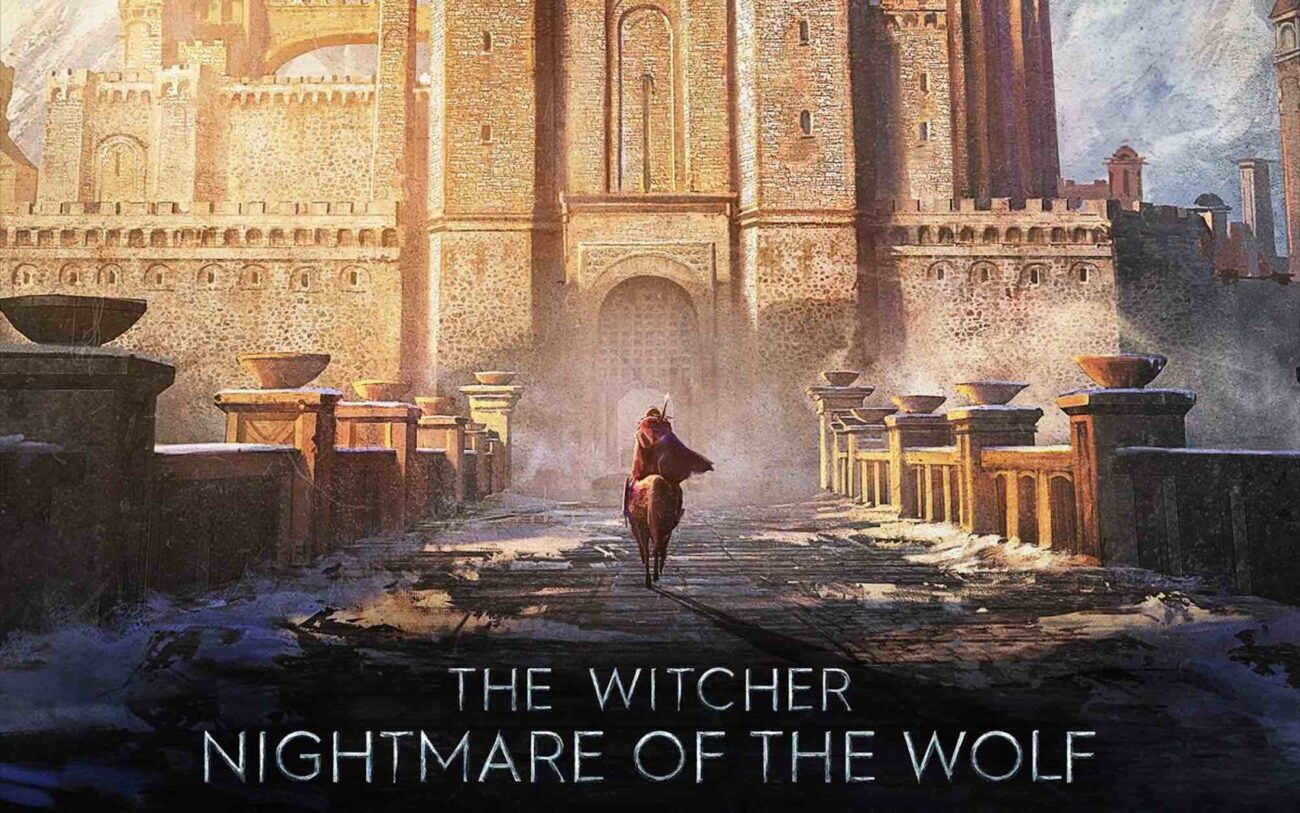 Netflix’s ‘The Witcher: Nightmare of the Wolf’: When’s the release date?

The Witcher will not be back in live-action until Dec. 2021, but we do have plenty of content for the Netflix series in the pipeline. There’s The Witcher prequel series in the works, Blood Origin. What really has fans interested is the upcoming anime prequel film, The Witcher: Nightmare of the Wolf, which has a release date in the very, very near future for those starved for content.

What is The Witcher: Nightmare of the Wolf about? Who is the main character since we won’t see Geralt in the upcoming movie? What can we expect to learn about the world of The Witcher from the animated prequel movie? When is the release date for the Netflix film? All valid questions. So toss a coin to your Witcher, because we have a valley of plenty in terms of information.

What is The Witcher: Nightmare of the Wolf about?

The Witcher: Nightmare of the Wolf is going to introduce fans to Vesemir (voiced by Theo James). Vesemir, to Witcher fans, is the grumpy old Witcher who trained a young Geralt back in the day. Now, well, he’s an anime pretty boy in his prime for the upcoming prequel movie. Yes, Witcher fans, you can expect to see him in season 2, played by Kim Bodina (Killing Eve).

Screenwriter for the film, Beau DeMayo said to The Verge of the how the film fits in with the franchise, “Where it became interesting for me was taking the world we knew through Geralt’s point of view, which is a hard world with a hard character, and then we put this life-loving, pleasure-seeking character in that same world, and see how he interacts with it.”

Also, yes, the true hero of The Witcher franchise, the bathtub does make an appearance in the film. Joining James in the film are Lara Pulver (Tetra Gilcrest, a powerful sorceress); Graham McTavish (Deglan, warrior-leader of the witchers), and Mary McDonnell (Lady Zerbst, a Kaedwen noblewoman). As for plot? Well . . . details there are a lot more sparse. 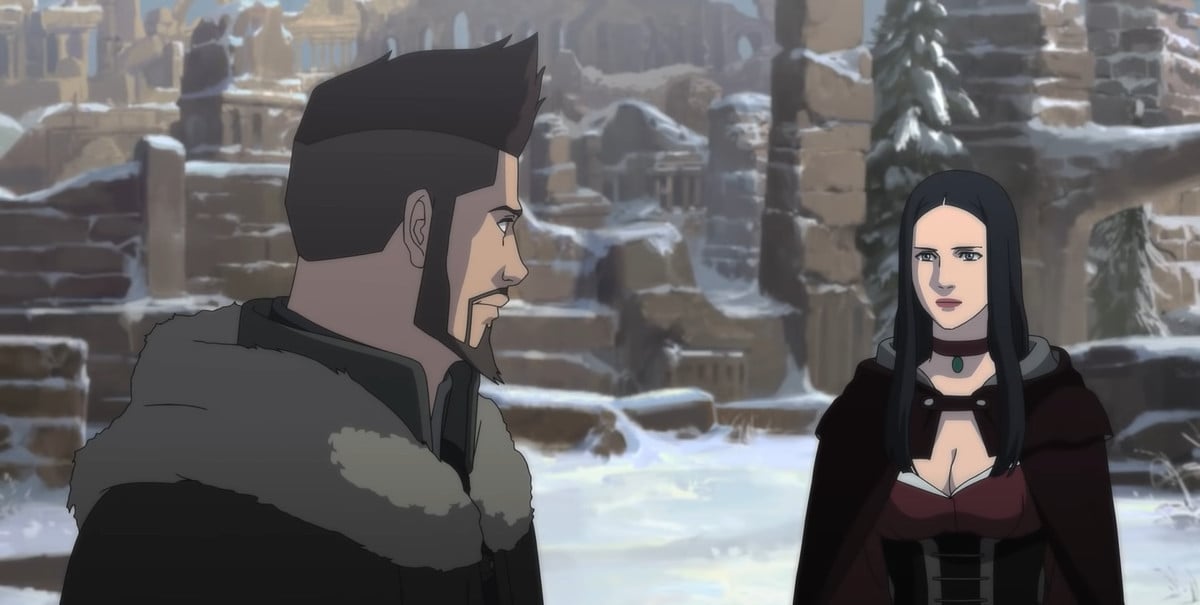 What else can we expect from The Witcher: Nightmare of the Wolf?

Details are sparse, like we said, but we do know that there’s going to be a monster involved. In this franchise? It’s a shocker we know. As he hunts down the strange creature that is terrorizing a kingdom. Vesemir will also have to confront the tragedies within his own past. It’s not a happy life, after all, when one becomes a Witcher, you know?

Talking with SyFy Wire, DeMayo said of the story, “We wanted to make sure that the anime expanded our understanding of the continent and its history and I think more than that I wanted to focus on a story that was very personal to The Witcher world and its history and that it felt very human despite the fact that we would have all these fantastical elements surrounding it.”

He added, “There are a lot of elements in the witchers’ story that I believe are relatable, in terms of what they emotionally go through and struggle in life. I’m excited for the fans and the world to enjoy not only the rich world but also the rich characters that ask some interesting questions for us to think about our lives.” 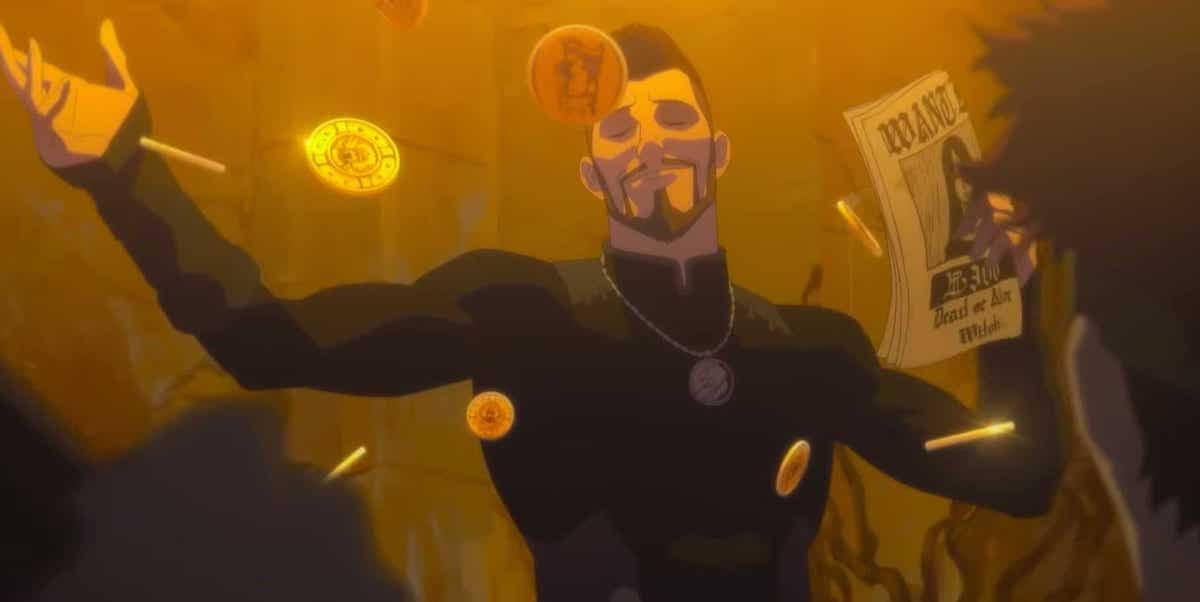 When will The Witcher: Nightmare of the Wolf be released?

The release date for The Witcher: Nightmare of the Wolf is Monday, Aug. 23. So that’s definitely a way to kick off the work week. As for the other Witcher projects currently in the works at Netflix? Like we said, The Witcher season 2 will premiere in Dec. of this year with Blood Origin currently in the process of casting.