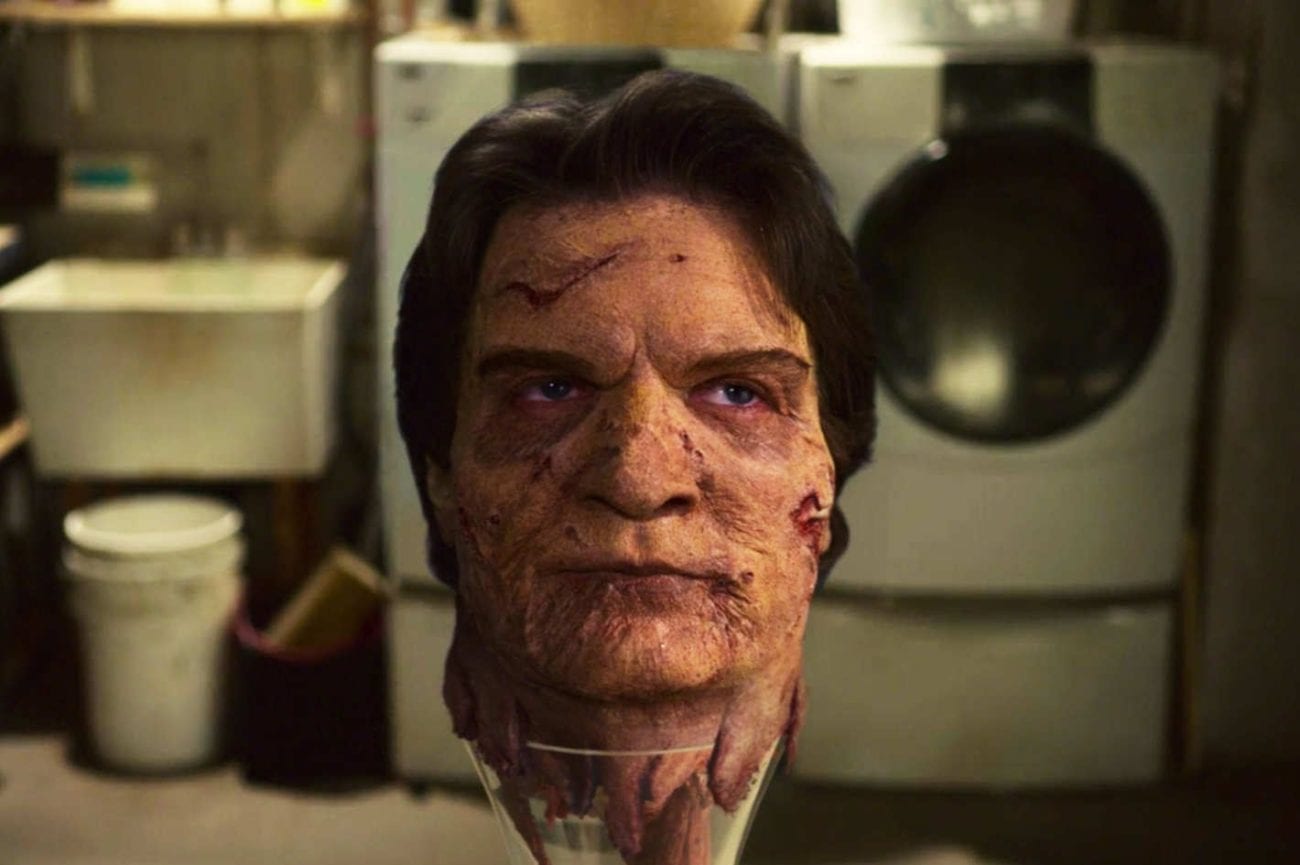 We bingewatched every last episode of Santa Clarita Diet S2 with as much hungry fervor as an undead suburban mom guzzling upon the guts of a Nazi softball team. The Netflix Originals series really hit its stride last season, with a relentless set of sharp jokes centered around an even darker, edgier humor and bigger horror setpieces. We’ve got to admit the Santa Clarita Diet cast is the thing of legends.

Joel (Timothy Olyphant) became more neurotic & nervous (including a memorable sequence involving a paranoid breakfast pastry standoff) while Sheila (Drew Barrymore) became more bloodthirsty and inventive in her pursuit for flesh. Both are spectacular characters brought to life by exceptional comedic performances. But can we also talk about the return of Gary (Nathan Fillion)? Because oh boy, was it good.

After becoming a takeaway meal for one following an assault made on Sheila (big mistake!), Gary was chopped up by the Hammonds and buried out in the middle of nowhere to be ignored forevermore. Except they kind of forgot an essential component of zombie lore – destroy the brain or else the undead will remain so (even if you take away their body). 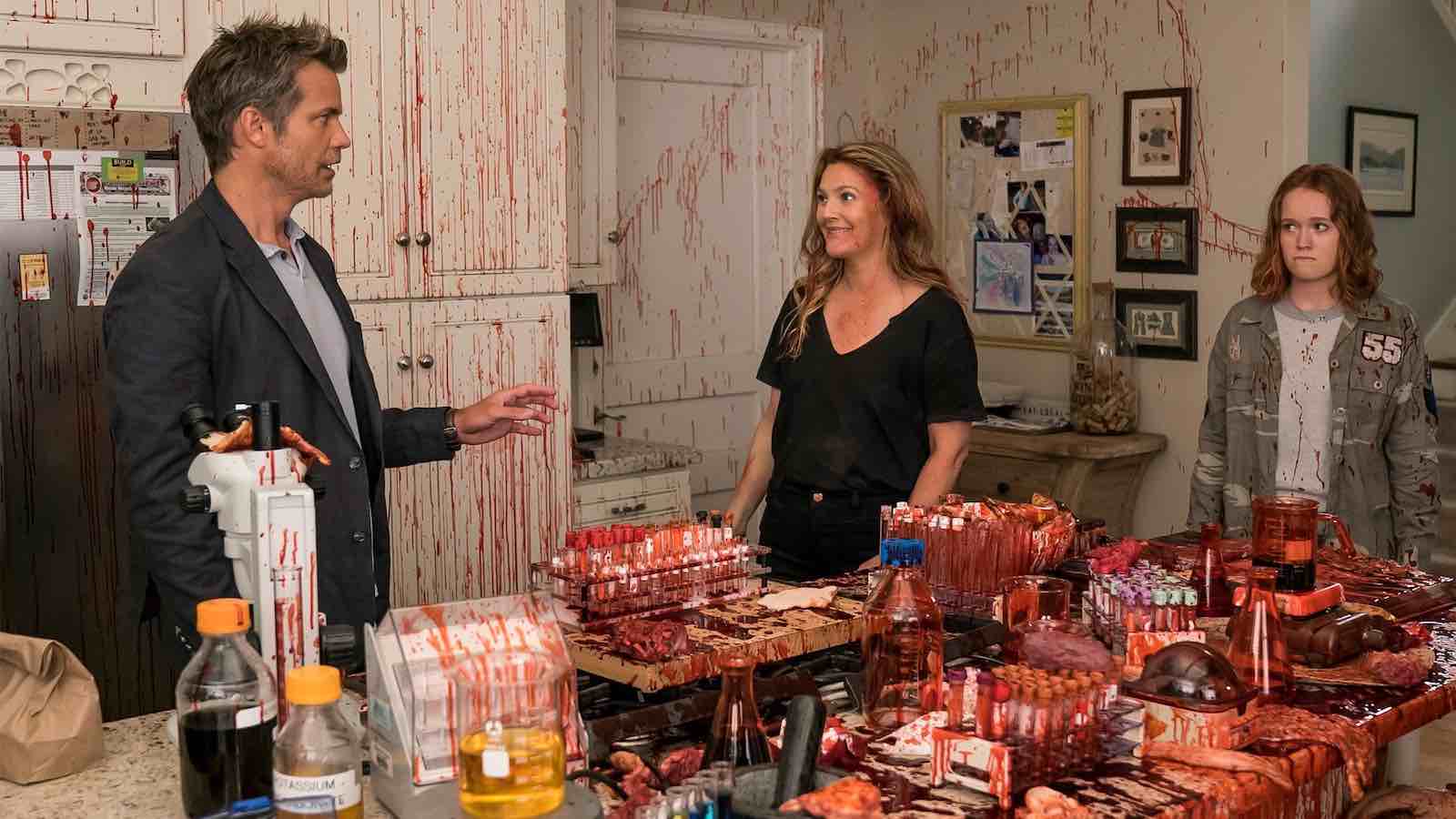 As a result, Gary made his exciting, sassy return to the Santa Clarita Diet cast and his burial appeared to have done him wonders, loading him up with insight, wisdom, and a whole new set of sniping one-liners.

Unfortunately, heartthrob Fillion won’t be returning to Santa Clarita Diet for the third season – but FD is proud to present (for the good of mankind) Fillion’s wisest words as Gary’s disembodied zombie head. Please use them responsibly.

13. When he described what his undead sleeping setup was like

Not the comfiest of beds, we’ll give him that.

12. When Sheila determined Gary was a better man separated from his penis

Dear recently exposed creeps of Hollywood: ever considered becoming a disembodied head as a more active alternative to wearing those insincere Time’s Up pins? Just a thought!

11. When he had the only appropriate reaction to a severed dick story

Actually, forget what we said about those Time’s Up pins. Keep on wearing ’em, fellas. Nobody needs a severed dick in their fruit bowl.

10. When the gross zombie head was scared of the laundry room

Joel’s response: “It’s only spooky because you’re down here!” Perfection.

9. When he told Joel to look on the bright side of his wife’s new powers

8. When he pointed out the human necessity for small talk

Aren’t we all just an isolated, otherworldly being making idle chit-chat as a means to feel less alone? No, just us? Cool cool cool. Definitely not awkward.

7. When he shared some serious home truths about apologies with Joel

Truly a lesson for all of us, especially when the apology resembles a sentence like this: “Sorry, but we didn’t know about destroying the brain before we chopped you up, buried you, abandoned the plot, and forgot it ever happened.”

6. When he had the best comeback to Joel’s assertion that he’s just “a talking head in a flower vase”

5. When he reasoned he knew Sheila’s flaws as vividly as Joel did

You really see a person differently when they’re dining out on your guts while you’re alert, alarmed, and still very much alive.

4. When he still thought Joel & Sheila were “the best” despite, well, everything

It probably had something to do with Joel listening to Quadrophenia with him and tickling his ears, but still.

3. When he made a funny about traveling to Mexico

Ba dum boom tish. These are the jokes, folks!

2. When he had to have the final word

You know your shit has truly gone south when the discarnate, exanimate head among you concludes everything is “weird”.

1. When he really got into character

He’s one step away (if he had feet) from a carnival side-show and we love it. More undead Fillion / Gary japes for S3, please!