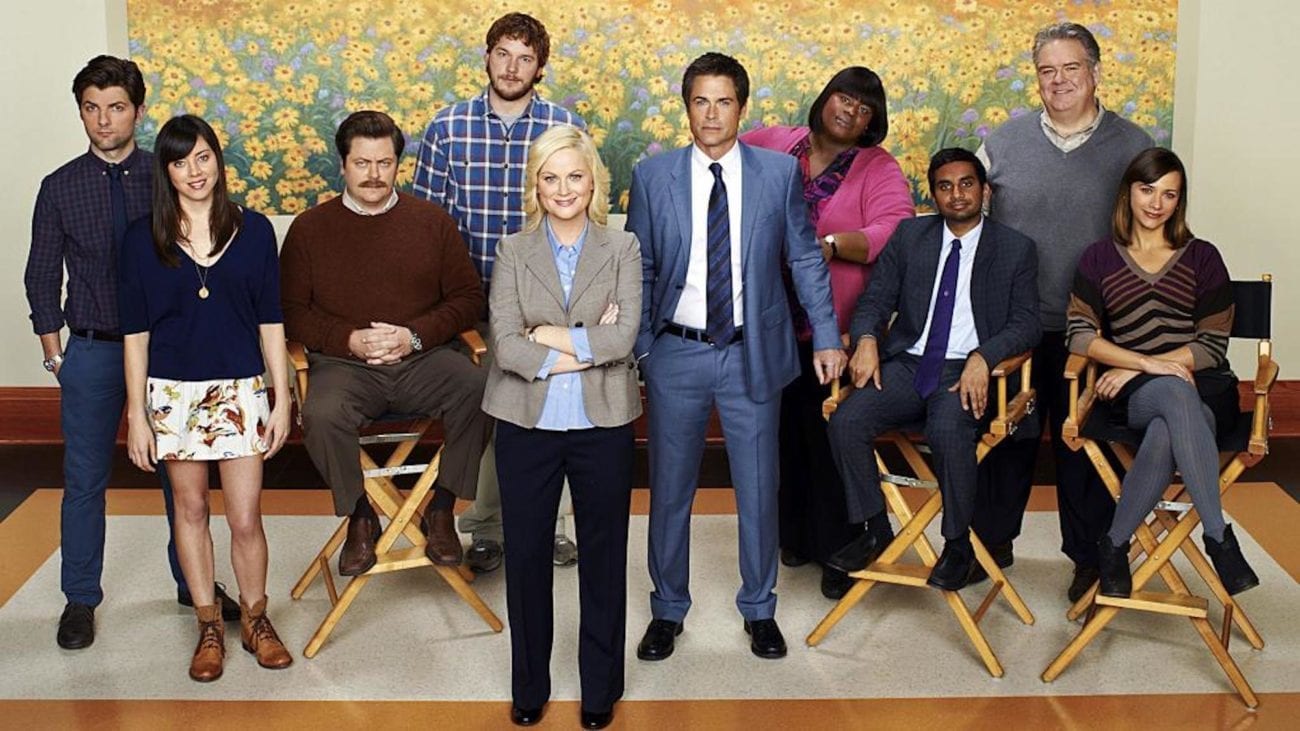 Why the world needs a ‘Parks and Recreation’ reunion

There are only a handful of former TV shows that we get excited for at the possible prospect of a reunion show. But Parks and Recreation is most certainly one of those shows.

Last year, we could barely contain our joy when Deadline shared a buoyant comment from Amy Poehler that she’s “tech avail” for a Parks and Recreation reunion if the rest of the gang are too. In regards to a realistic timeline as to when we could potentially expect such a momentous event to happen, Poehler remained coy but optimistic.

“God, I have no idea. Everybody has my number . . . we all have a text chain and talk to each other almost everyday. So I think everybody would be excited to do some version of it – hopefully on ice.” 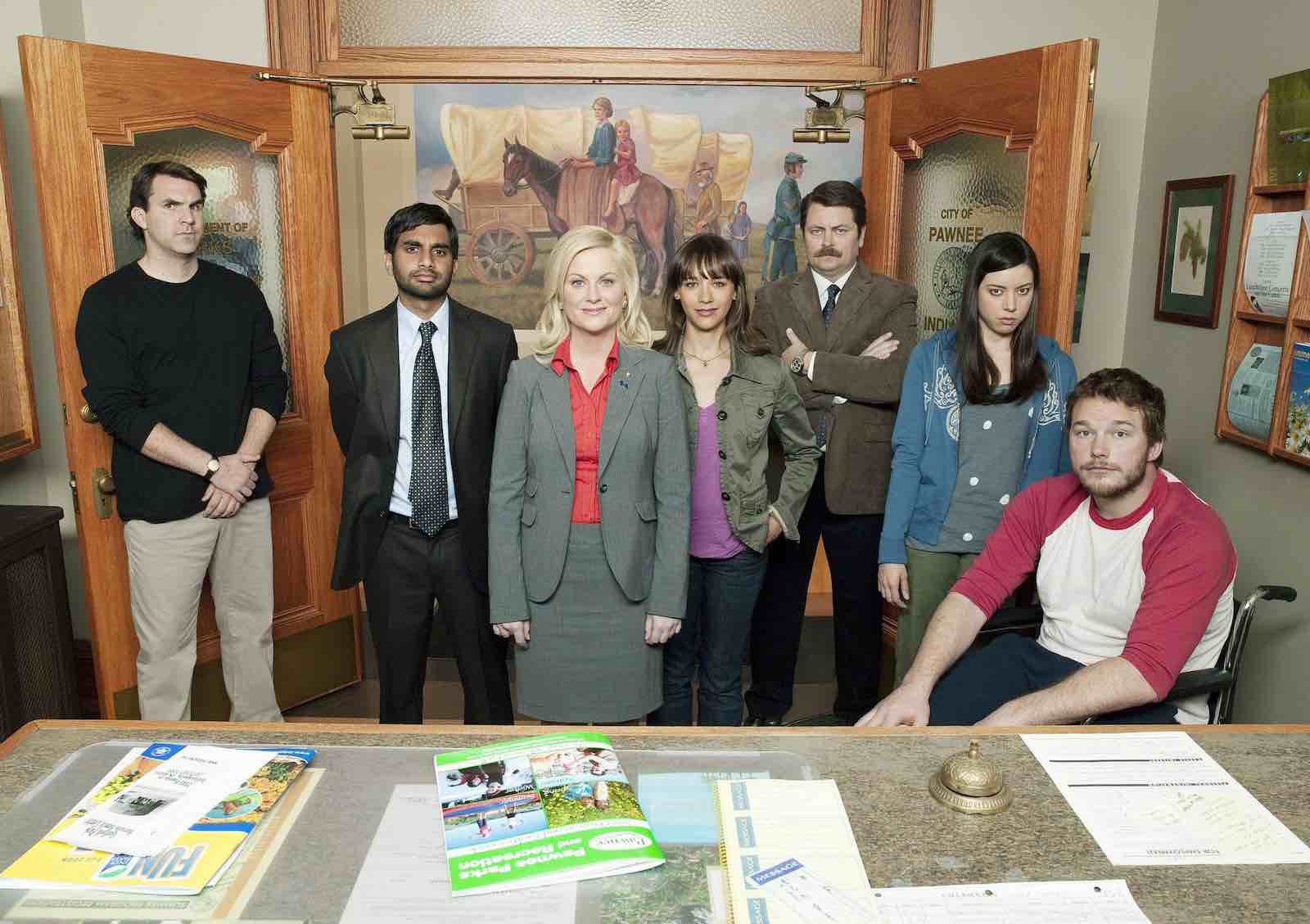 Thus Poehler immediately gives us wonderful flashbacks of a scene from the episode “The Comeback Kid” in which Leslie Knope and her team struggle to make their way to the middle of an ice rink (in their normal everyday shoes) so she can make a dramatic speech.

It’s still (to our mind) one of the greatest comedy moments in TV history and it also embodies so much of why the show still resonates with audiences today. As Poehler pointed out to Deadline, the fact that Parks and Recreation is now available to stream on so many platforms around the world means that “people are watching it for the first time” almost ten years after it first premiered.

And they’re no doubt obsessing for the show just as hard as fans did the first time around. 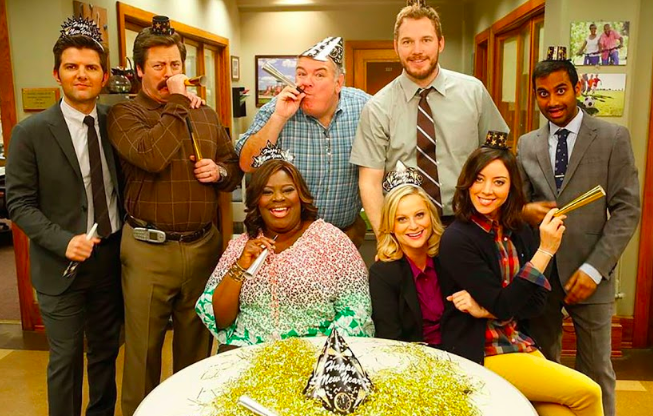 There’s a lot to love about the show. It’s warm, heartfelt, and hilarious, but it’s also searingly authentic on multiple levels, including the often improvised comedy, the chemistry between the cast, and the naturalistic development of relationships between characters. In this way, Parks and Recreation is probably one of the most feel good TV shows ever made.

That’s what makes it the ultimate streaming show in many ways – whenever you have a bad day, Parks and Recreation is the perfect show to dip into (at any episode) in order to feel better about your dumpster fire of a day.

Because in following the everyday lives, bureaucracy, and struggles of an under budgeted parks department and the people who work there, every episode is basically about finding ways to feel better about the dumpster fire of life itself (particularly when you live in a dumpster fire of a town like Pawnee).

Every character in Parks and Recreation has their own way of fighting for the prosperity of their hometown and for the improvement of their lives within it.

While Leslie (Poehler) remains bracingly positive in the face of failure and uses organization (and many color coded binders) to win battles, Ron Swanson (Nick Offerman) remains cynical about life and takes pleasure in small details – a good whiskey, the perfect steak, or a gigantic platter of breakfast foods.

Meanwhile, Andy Dwyer’s (Chris Pratt) childish disposition gives him boundless enthusiasm for life, April Ludgate’s (Aubrey Plaza) sardonic worldview makes her well equipped to withstand the various hardships of existence, and Donna Meagle (Retta) knows that the secret to everything is treating your damn self well – all day, every day.

Parks and Recreation is a show about underdogs and outcasts who find a real connection with one another and who share a passion for doing the right thing, even when it seems utterly hopeless that the right thing can prosper.

What makes that fact all the more powerful is that as a show, Parks and Recreation was also an underdog struggling to prosper and clinging on for dear life within the TV network spit bucket of cancelled shows. As Josef Adalian wrote for Vulture when the show aired its final episode after seven seasons, “Being a fan of Parks and Recreation over the past six years has meant loving a show that almost always seemed on the verge of cancellation.”

As though reflecting Leslie’s own sunny disposition in the face of failure, show creator Michael Schur even said of Parks and Recreation’s consistently low ratings, “I’ve come to really enjoy the uncertainty. I think it breeds good ideas.”

In every seemingly possible way, Parks and Recreation is just a burst of pure joy. As a show and a narrative, it offers proof that overcoming adversity, achieving success, or finding happiness are all possible, even when the chips are down and the dumpster fire continues to rage.

The perfect accompaniment to this point is just how terrific the collections of bloopers for Parks and Recreation continue to be as standalone accidental sketches. Showcasing moments where missteps, mishaps, and misread lines are spun into inexplicable comedy gold, they remain some of the finest collections of mistakes ever shown on screen.

Every season of Parks and Recreation is a near-perfect comedy gem and the blooper collections are like the fine wine to wash them down with. Both offer a tangible expression that there’s still some hope for humanity, even if it seems like most of the planet has turned into a blocked toilet of suffering.

Which is why we hope the text chain Poehler has on the go with her former Parks and Recreation cast mates is still hopping with plans to get together for another round of the show.

Be it for a one-off special, a movie, or a limited series revival – we’re open to any or all of it. We just need to be reunited with everyone once more.