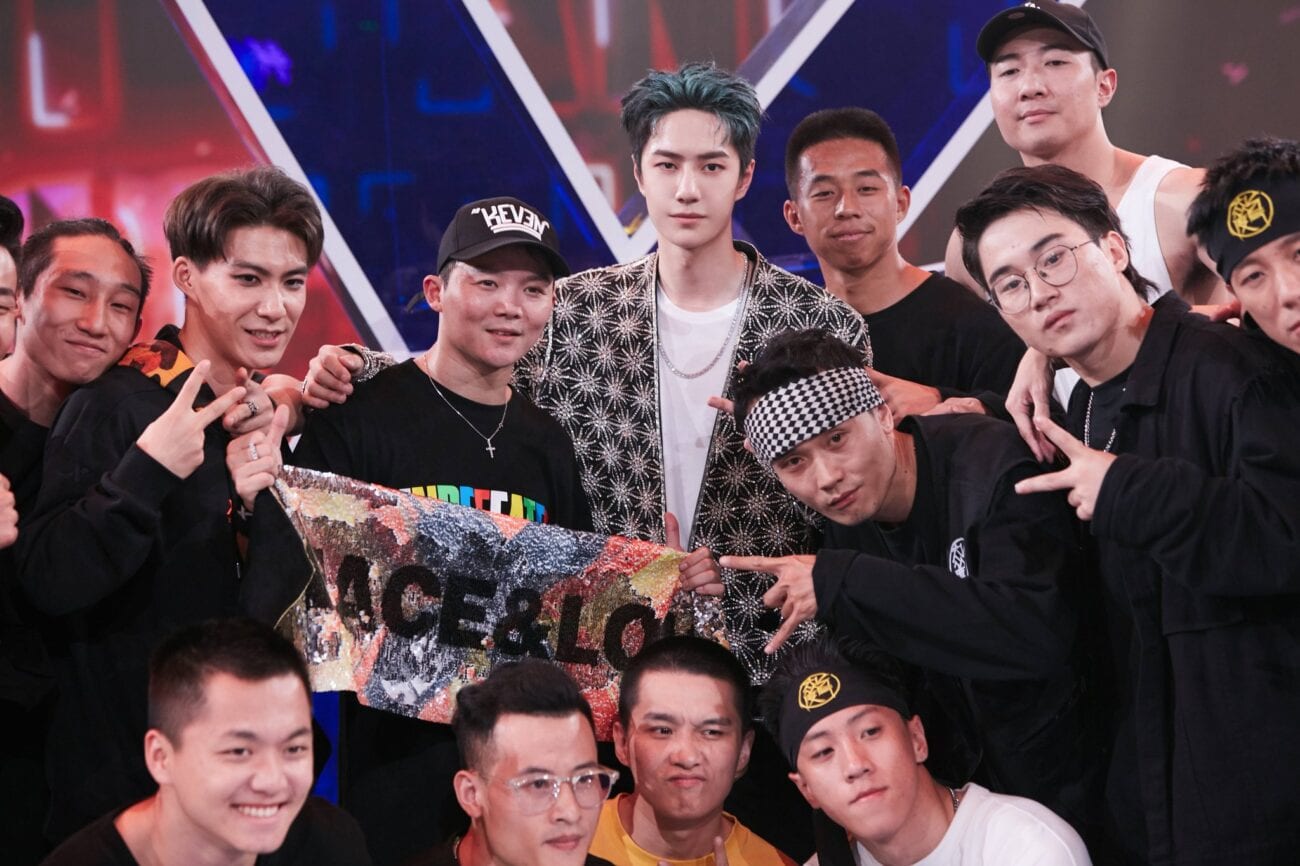 Wang Yibo fans in the United States are waking up to the season finale of Street Dance of China: Season 3 this morning. For the last few months, the Chinese superstar has been appearing on the popular variety show week after week mentoring a team of young street dancers in China. Joined by co-mentors Jackson Wang, Wallace Chung, and Lay Zhang, the four talented dancers selected their teams from a pool of young talent to battle for the winning title.

The variety show has been an emotional rollercoaster of a journey for everyone involved, fans and participants alike. As the weeks rolled by and the eliminations continued, the Internet lamented as they watched their favorites leave the show. There can only be one winning dancer though, and one winning mentor, and today was the day of the big reveal. 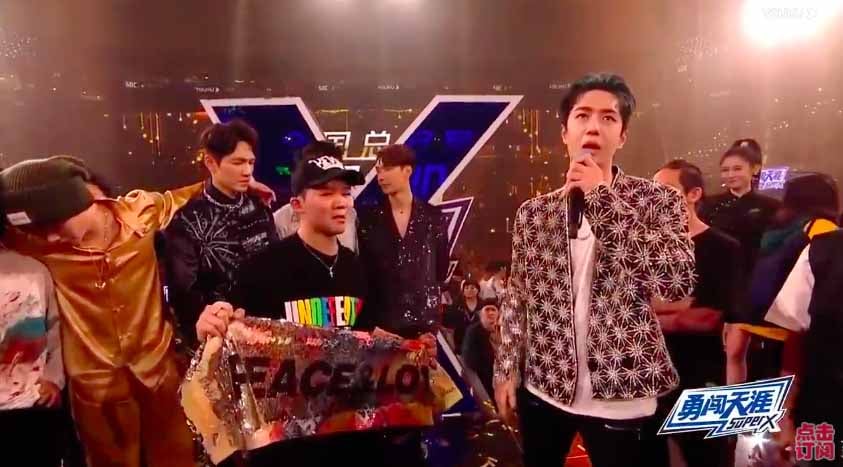 Despite much controversy among fandoms and accusations that Youku (the network in China airing the show) had rigged the results to ensure Wang Yibo couldn’t possibly take the title, he did in fact emerge victorious. Mentor Wang Yibo and his dancer Yang Kai are the winners of Street Dance of China: Season 3.

Journey with us as we take a look at the highlights of the final episode. 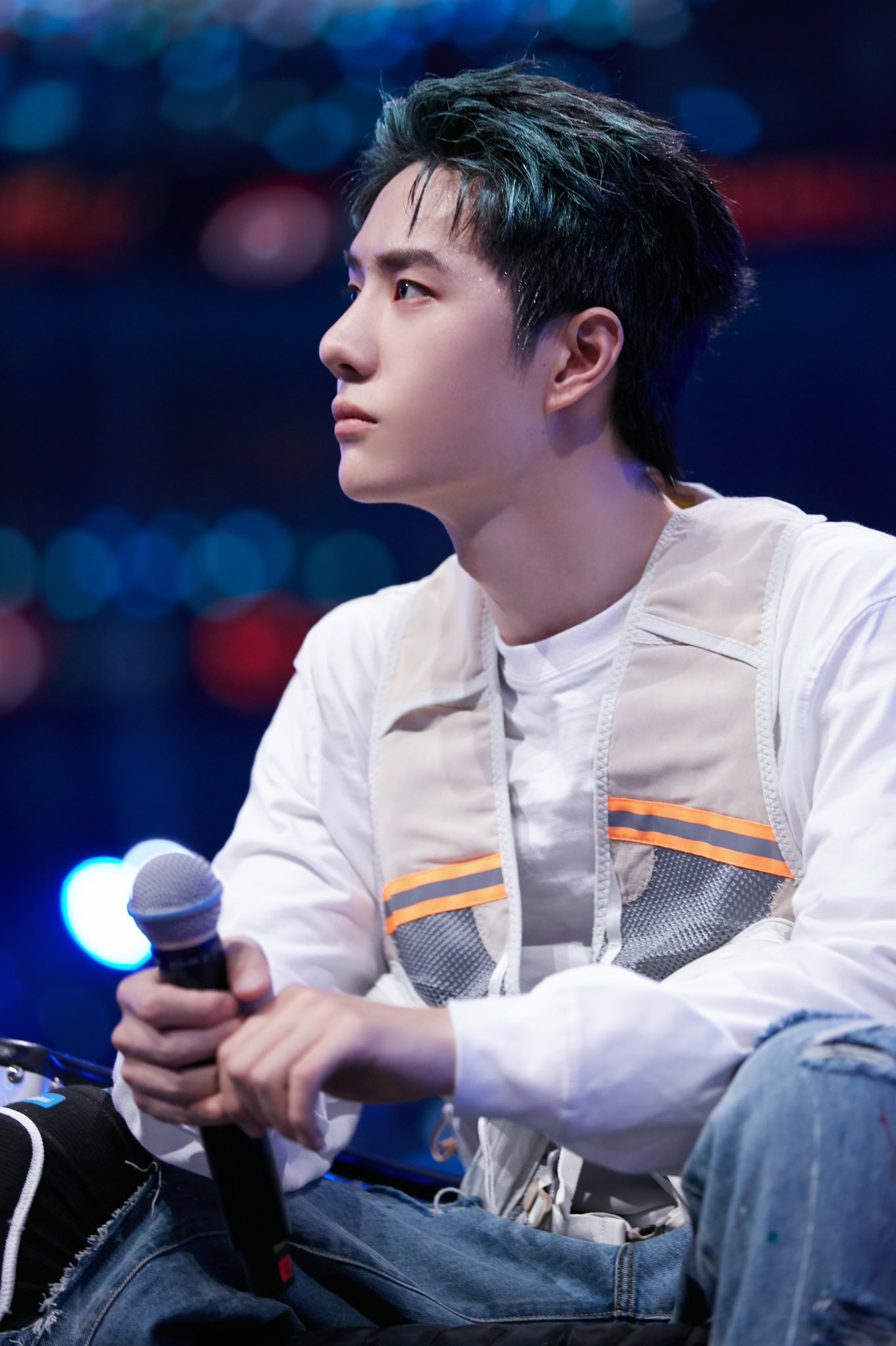 Street Dance of China has a reputation of intentionally orchestrating shenanigans between fandoms and mentors for ratings. Over the course of the season, Wang Yibo’s fandom accused Youku of changing votes and intentionally favoring other mentors to ensure Wang Yibo couldn’t win.

Despite the fact that he did win, some fans were dissatisfied with how the finale played out. In an elimination dance battle, Youku set up Wang Yibo’s two remaining dancers, BuoBoo and Yang Kai, to battle against each other. This angered fans because it meant that one of them was definitely going to be eliminated.

so here’s what sdc did to yibo’s team

– pitted two members of the same team against each other
– used yibo’s song “wugan” for the battle
– the b-boy won (b-boys are at a disadvantage when it comes to battles) pic.twitter.com/89RJC160KJ

The hiphop battle was carried out to Wang Yibo’s own song, Wugan. While fans love the song, it’s not exactly a hip hop track. Some felt it was inappropriate for the battle, and therefore, made it even more difficult for the dancers to shine. Yang Kai’s performance was clearly superior. He emerged victorious, while crowd favorite Buoboo was eliminated.

Despite the fact that fans were unhappy with the set up of this battle, it’s worth pointing out that had Wang Yibo’s remaining dancers battled someone from an opposing team, it could have ended in disaster. All of them could have been eliminated and Wang Yibo could have lost a place in the final round. By battling each other, this ensured that Wang Yibo had a dancer in the final round, and made sure his team wasn’t entirely eliminated from the show prematurely. 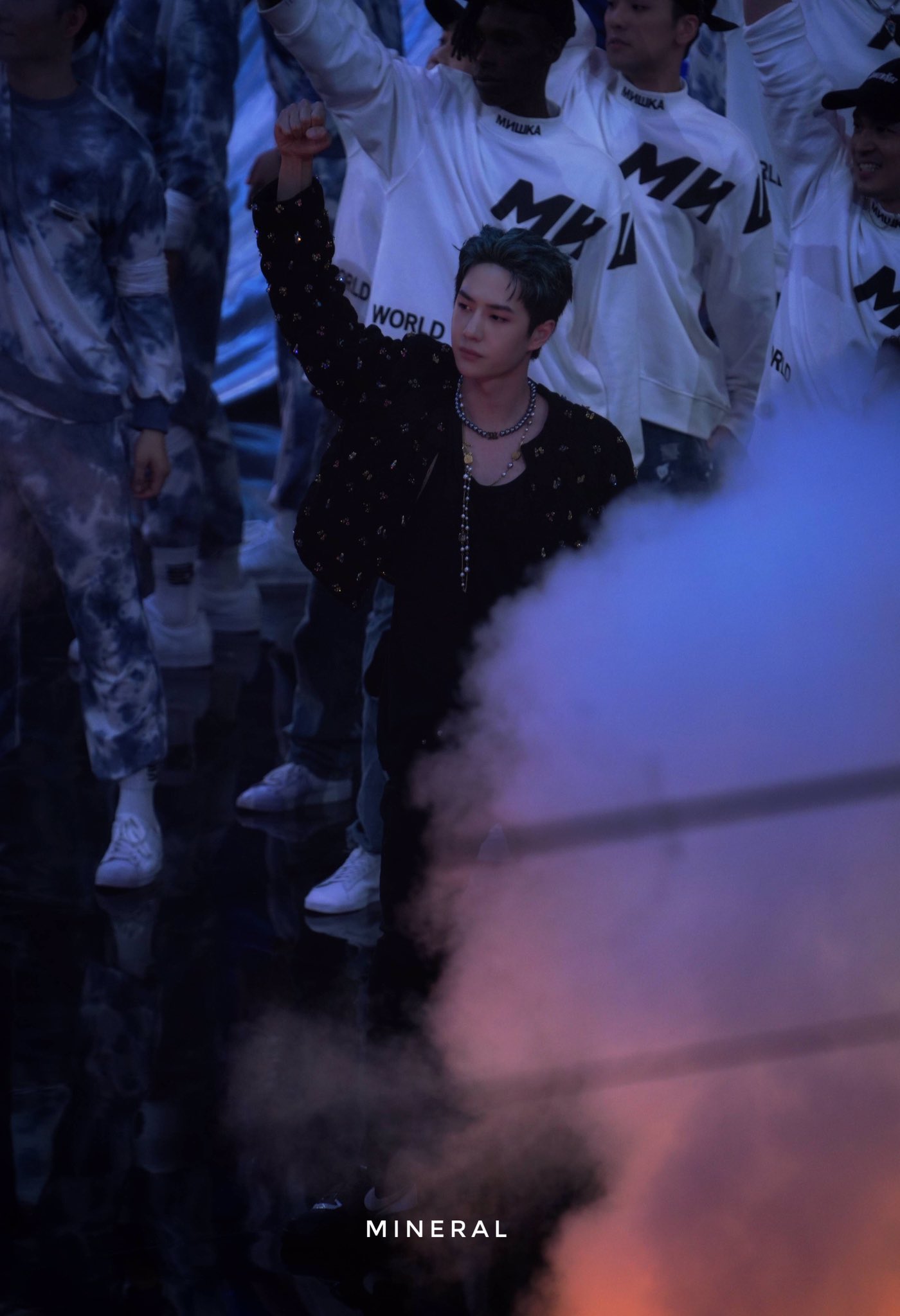 Obviously, the highlights all revolved around the dancing. The four captains did an opening dance number together, each captain did a dance with their own team, and then the remaining eight contestants all did solo dances with dance troupes.

AND DON’T FORGET TO STREAM pic.twitter.com/IzuARABYMh

His team suspended a dancer upside down, threw Wang Yibo up in the air, while one of his dancer’s faces got quite up close and personal with the nether regions of another. Wang Yibo pushed the envelope of what is socially acceptable in China on this show repeatedly over the last couple of months. Watching him do this each week is something that will be missed by all.

THE WAY I SCREAMED AND CRIED WHEN THE BEAT DROPPED BOUBOO BEST PERFORMER PERIOD.pic.twitter.com/ZekUkMSUvk

One of the dance highlights of the night was definitely Wang Yibo’s dancer, Buoboo’s solo dance. For this particular number, Buoboo completely blew the crowd away with a dance troupe of children. An incredibly talented hip hop dancer in his own right, Buoboo worked his way into the hearts & minds of Wang Yibo fans all around the world with the adorable relationship he developed with his mentor.

The kids he performed with were unbelievably incredible. They could have easily rivaled any dancer on that stage during the show tonight, and that’s saying something.

We already loved Buboo a whole lot. Then he said he wants to use his dancing skills to bring street dance to kids all around the world, and that’s why he chose a dance troupe of kids for his finale. Now? Now we think we love him an abnormal amount. Excuse us while we UWU in the corner for a moment.

The WINNER is YANG KAI from 一波王炸 BOOM!💥

The final highlight of the evening was of course the announcement of the winner. The atmosphere in the stadium was positively electric as the MC hyped up the crowd in anticipation of the announcement.

The two remaining contestants were pacing back and forth on the stage, while their mentors sat on the edge. The camera danced between the two and then finally landed on Yang Kai. As his name was shouted into the stadium, Wang Yibo lost his mind.

He jumped up from his place on the side of the stage and quite literally bounced in excitement over to his dancer and bodily threw himself upon Yang Kai. Streamers dropped from the ceiling and the crowd screamed in happiness. 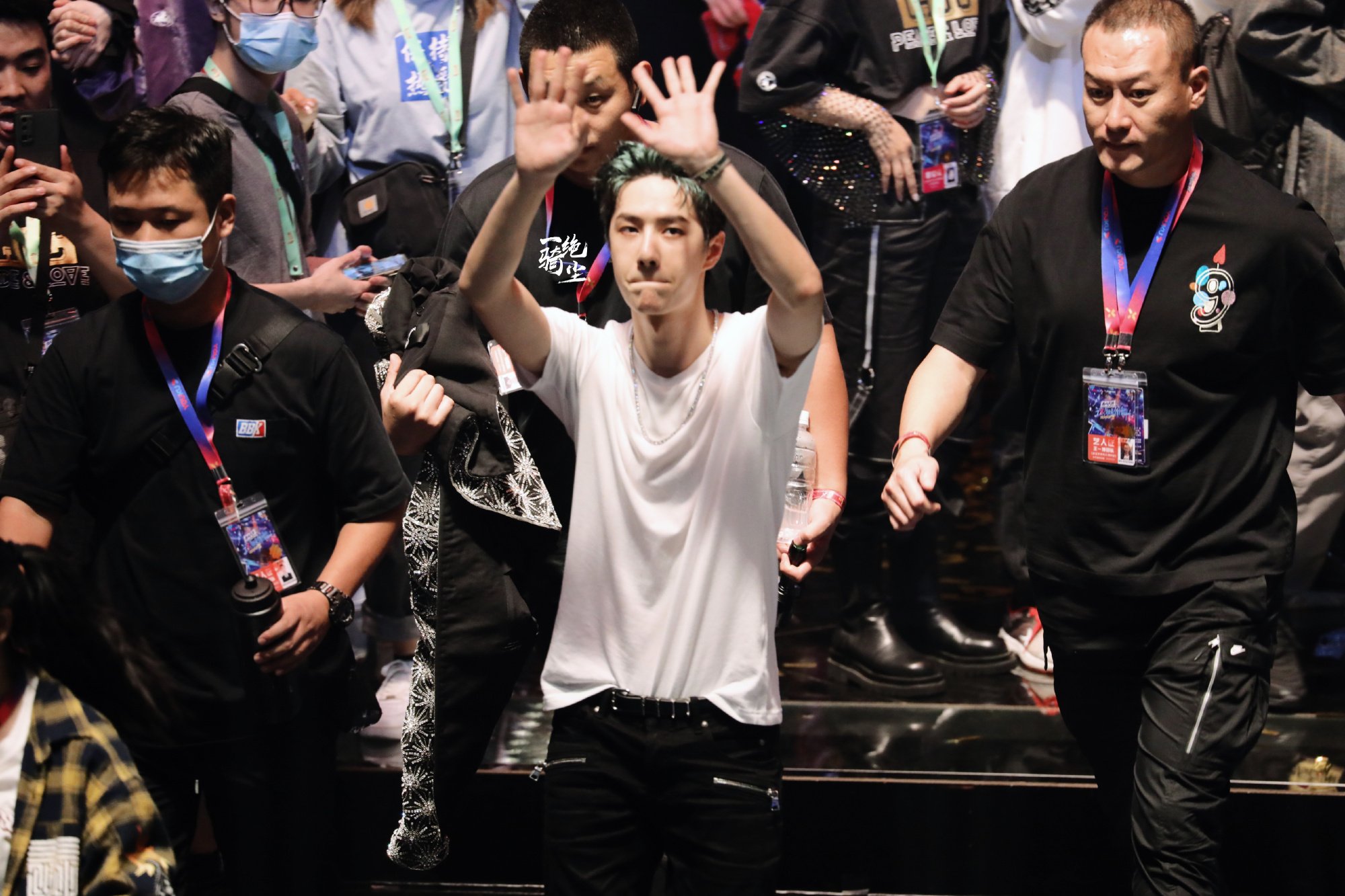 Despite all the accusations that the show was entirely rigged, despite all the despair from the fans that Wang Yibo was being screwed over, Yang Kai & Wang Yibo emerged victorious as the winners of Street Dance of China: Season 3.

Watching this show week after week has been nothing short of delightful. Wang Yibo thrusting and grinding on our television screens every Saturday morning will be sorely missed by all. Here’s hoping the man gets to go home and rest a little before heading off for his next filming commitment.

We can’t wait to see what he does next.

Shoutout to @ObsidianAurora for the assist!