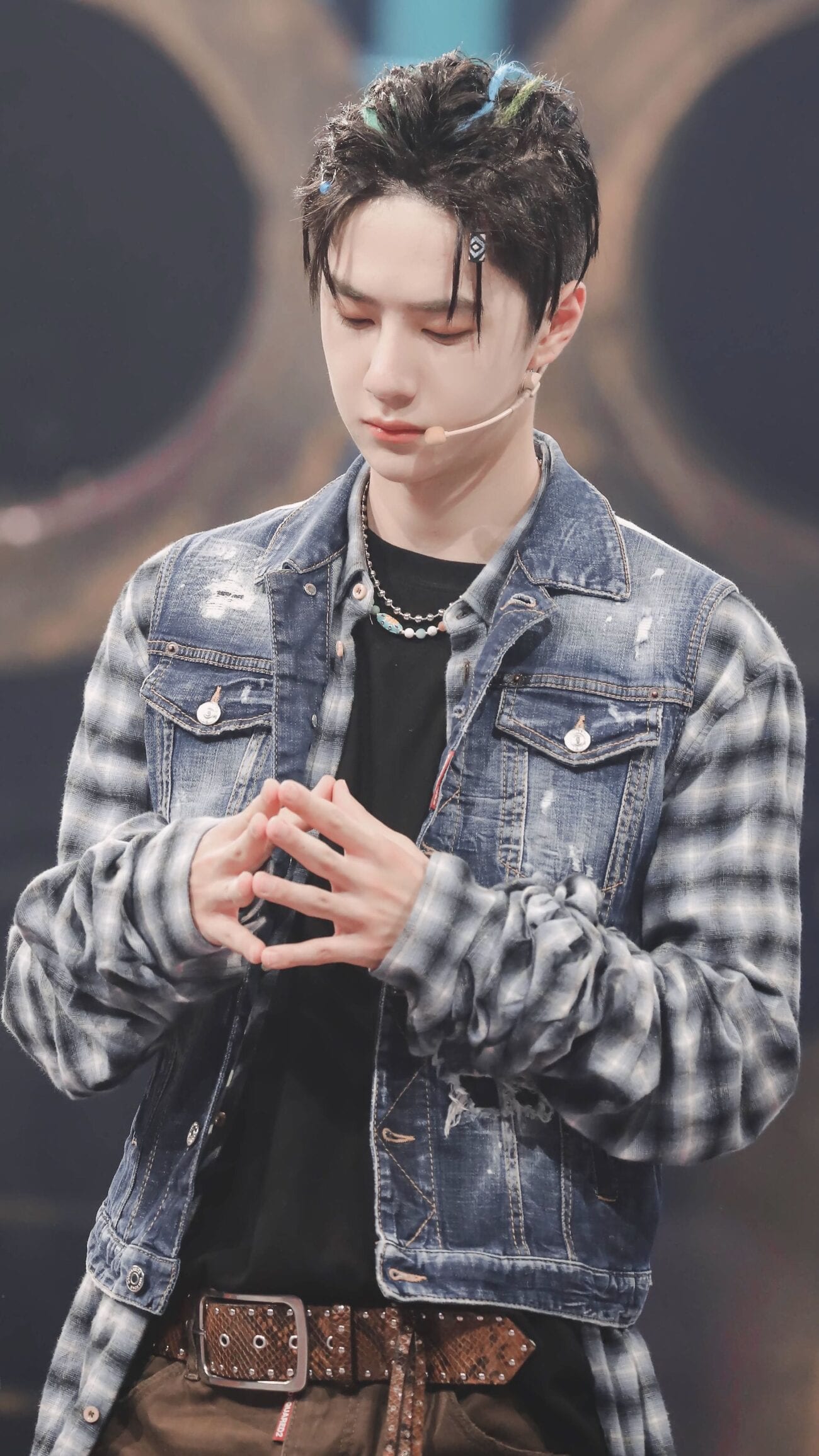 Wang Yibo skyrocketed to international stardom in 2019 as he graced screens all around the world as the character of Lan Wangji in the Chinese BL drama, The Untamed. The show has been streamed worldwide over 7 billion times, and it doesn’t look like slowing down any time soon. Since the release of The Untamed, fans everywhere have been scrambling to find other places to watch Wang Yibo’s godly face.

Wang Yibo, however, is more than just a pretty face. The 23-year-old has an obscene amount of talent and it seems everyone in China is trying to get in on the action. While the rest of us have been waiting for 2020 to swallow us whole, Wang Yibo grabbed it by the gonads and slayed, like the true champion that he is.

The man is busy. Since emerging from quarantine in April, Wang Yibo has been booked solid. His schedule suggests that he might actually be the real life Superman, and frankly, it exhausts us just looking at all the commitments he is signed on to. The flip side to that, though, is that 2020 has been a real treat for Wang Yibo enthusiasts. There is so much content to consume. 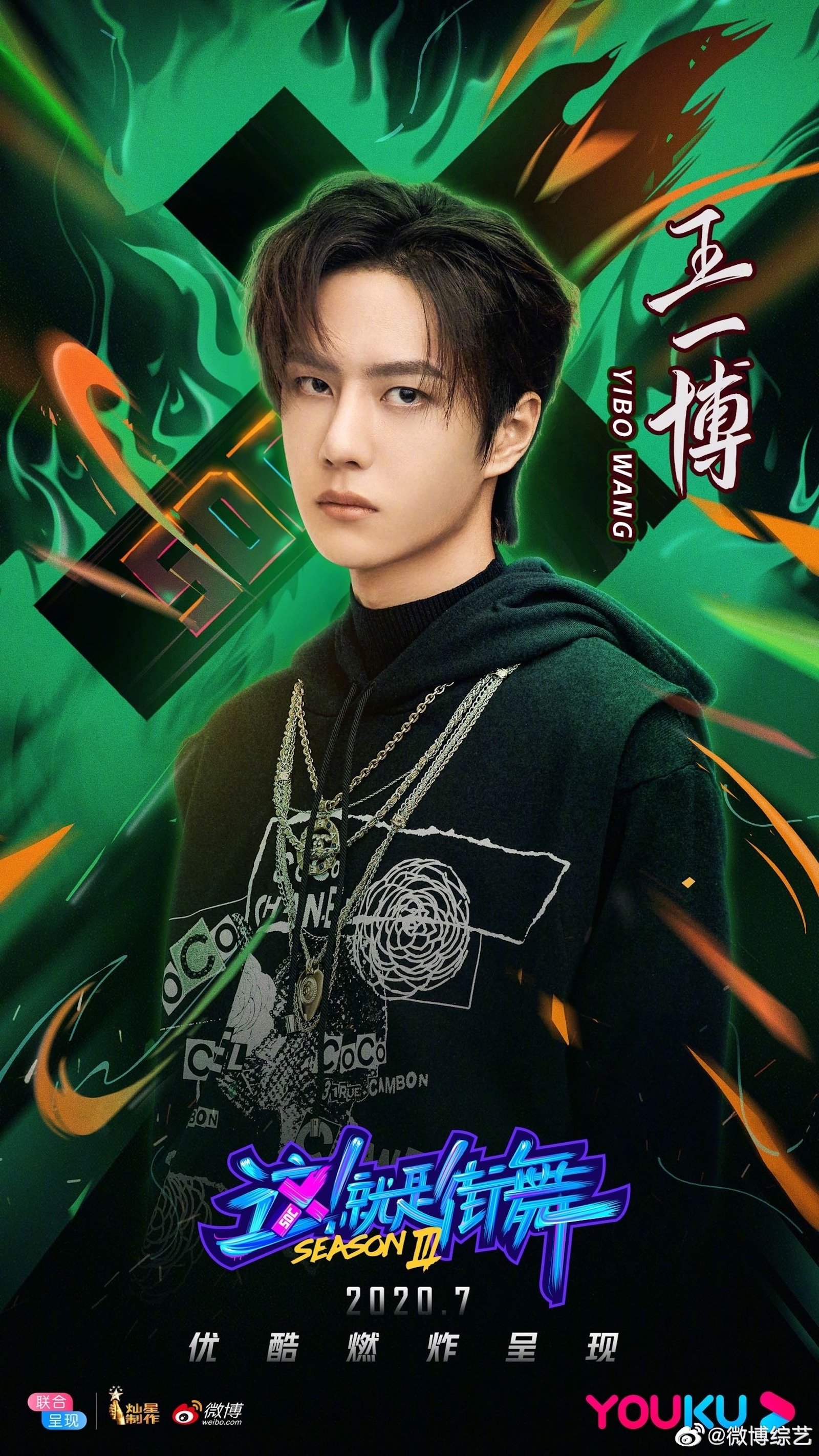 A variety show that Wang Yibo has been appearing on lately is season 3 of Street Dance of China. He is joined by co-hosts Jackson Wang, Wallace Chung, and Lay Zhang (also known in China as Zhang Yixing), all well established, successful dancers in their own right. On this show, the four captains select their dance teams from auditioning contestants and battle it out week after week for the eventual winning title.

China is known for its strict, conservative broadcast expectations. Shows, like The Untamed, for example, were highly censored to ensure all content China deemed morally questionable was removed. However, something is different about this show. Wang Yibo is causing waves week after week as he pushes the envelope of these censorship regulations.

Journey with us as we take you through some of Wang Yibo’s delightfully salacious, and incredibly impressive Street Dance of China: Season 3 moments. Lock up your sons & your daughters, your brothers & your sisters. We hope you’re sitting down because things are about to get hot in here.

In this episode, Wang Yibo and his team are engaged in a hip hop battle against Jackson Wang’s team. Wang Yibo’s team is selected to go first, which is apparently seen as a disadvantage in street dance battling. Nevertheless, as they watch on, Jackson Wang and his team can be seen smiling & cheering their opponents on.

The dance starts at the 1.52-minute mark of the video. The moment in question, however, occurs at the 2.18-minute mark where Wang Yibo throws himself down on the floor and proceeds to thrust his pelvis into the ground. Yes folks, you heard us. Wang Yibo humps the floor. 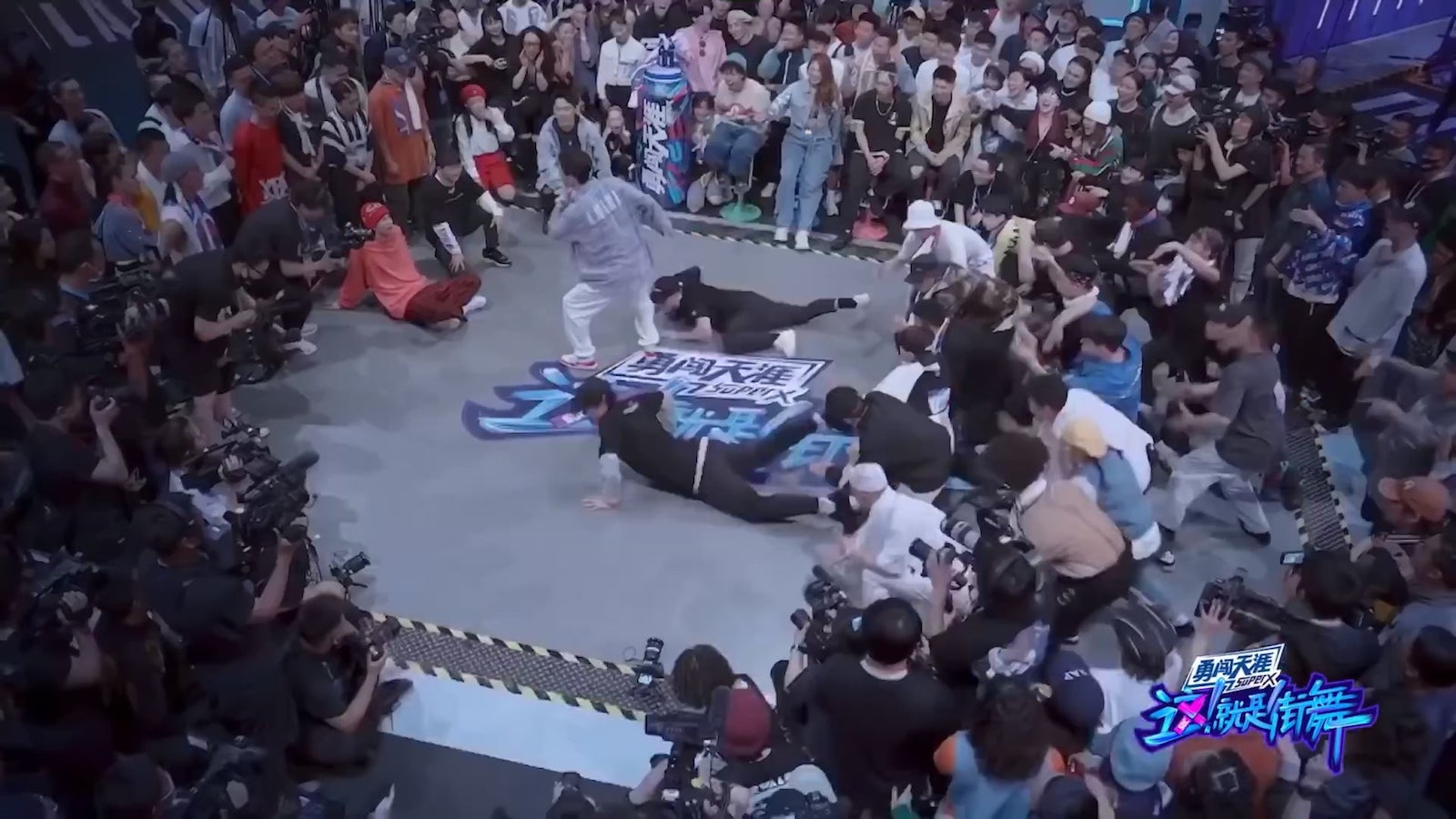 The crowd can be heard screaming & cheering in the video. If you take a moment to look at the faces of some of the participants around the dancers, it’s clear they are shocked by his boldness. We gotta say, the dance move leaves very little to the imagination.

Wang Yibo’s team won the battle, although it is worth noting that Jackson Wang’s team also slayed big time.

Also in episode 2, Wang Yibo & Jackson Wang’s teams find themselves involved in a second battle round. Although the video isn’t subbed, it’s clear from Wang Yibo’s team preparations that it is their intention to playfully mock Jackson Wang during their dance. Well they do actually succeed in that quest, but a whole lot more happens too!

The dance battle starts at 2.07 in the video, but Wang Yibo’s team kicks off their performance at the 3.13 mark. All is going well, and exactly what one would expect of a dance battle featuring Wang Yibo. Then, around the 3.43-minute mark, things take an entirely unexpected turn. Two male dancers close in on Wang Yibo and, much to the astonishment of everyone watching, proceed to feel him up. 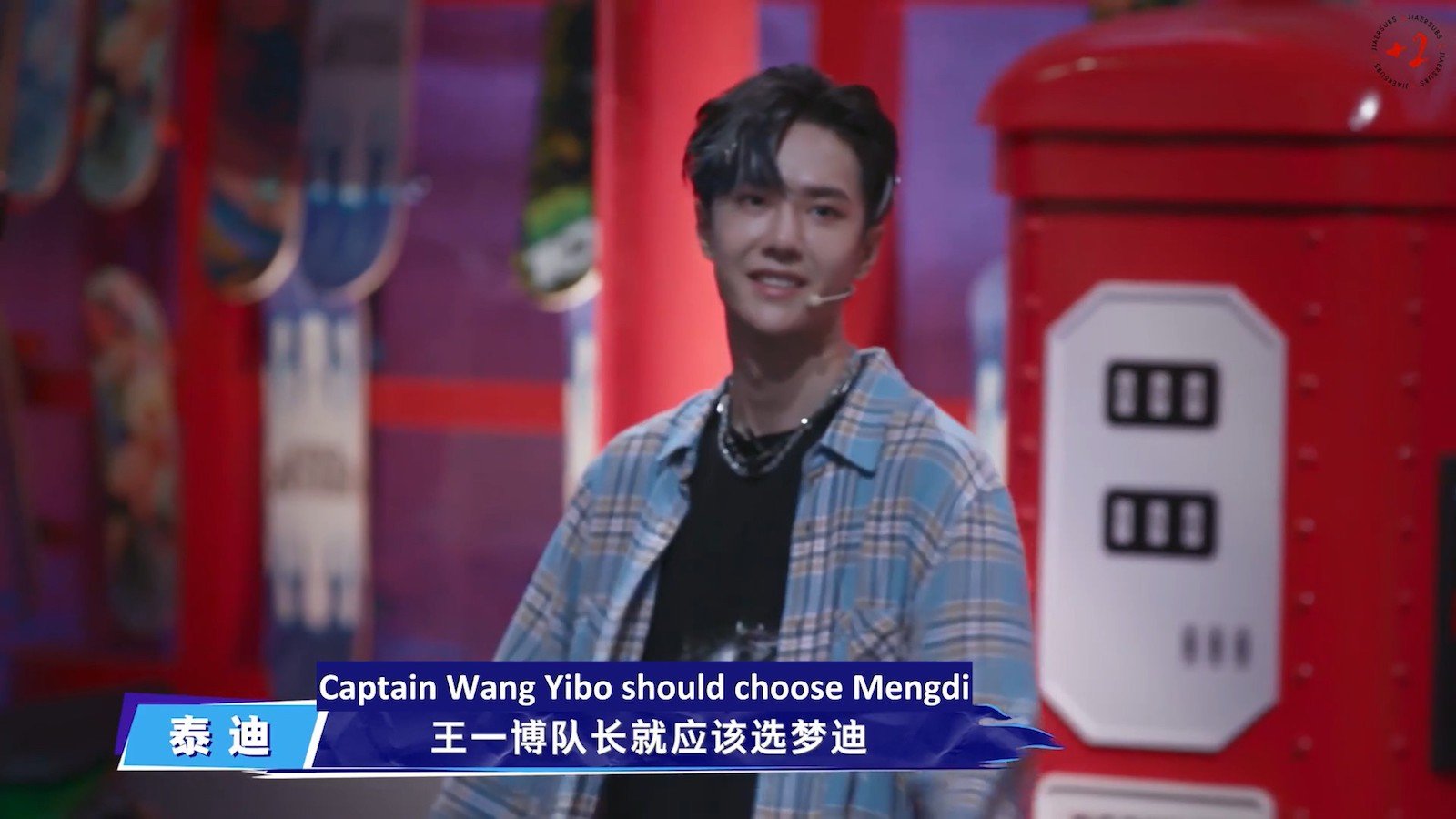 The two dancers have their hands all over Wang Yibo in a very suggestive manner. Unsurprisingly, the crowd is screaming & hollering. Meanwhile, Wang Yibo’s own facial expression in response to all the groping is one of sheer delight & enjoyment. This does absolutely nothing to quell the excitement from the crowd.

Yiboists all around the world took to social media & collectively lost their damn minds. Now, weeks on, folks are still reeling from the fact that Wang Yibo pulled that off on television in China. Although completely scandalized & shocked, we stan in the very best way. Now, excuse us for a moment while we go and take a cold shower!

During this dance, all four captains are dancing together. This time, they are also joined by the MC for that segment. The group repeats the same dance three times. First at regular speed, then somewhat faster, then by the third run through they are clearly dancing at double time.

Wang Yibo, however, is the king of perfect composure & execution. He slays the beat, makes it look effortless, and manages to control his facial expressions all the way through. While not scandalous in any way, Yiboists celebrated this moment as it not only showcased his dancing skills, but his commitment to professionalism! Captain Yibo for the win, repping his team proudly.

Episode 7 – Wang Yibo and all the nakedness

In this dance, Wang Yibo’s team executes an impressive dance with complex moves, as always. This time, however, things take an unexpected turn with the addition of water. Yes folks, Wang Yibo and his team are stomping around, performing their dance in a shallow pool of water.

Wang Yibo is no stranger to the concept of dancing in water. He did the exact same thing at a special New Year’s Eve performance of his own song, Wugan, earlier this year. He completely wowed audiences back then, and this time was no different. Known for his wildly competitive nature, even with himself, it is no surprise then, that this time around Wang Yibo took things to a whole new level.

The dance starts innocently enough. They’re stomping & splashing vigorously. In just a few moments, Wang Yibo –  clad in skin-tight leather pants – and his entire dance crew, are utterly drenched in water. The visual of Wang Yibo soaking wet dancing & thrusting around the dancefloor would have been enough to cause folks to raise a scandalized eyebrow. 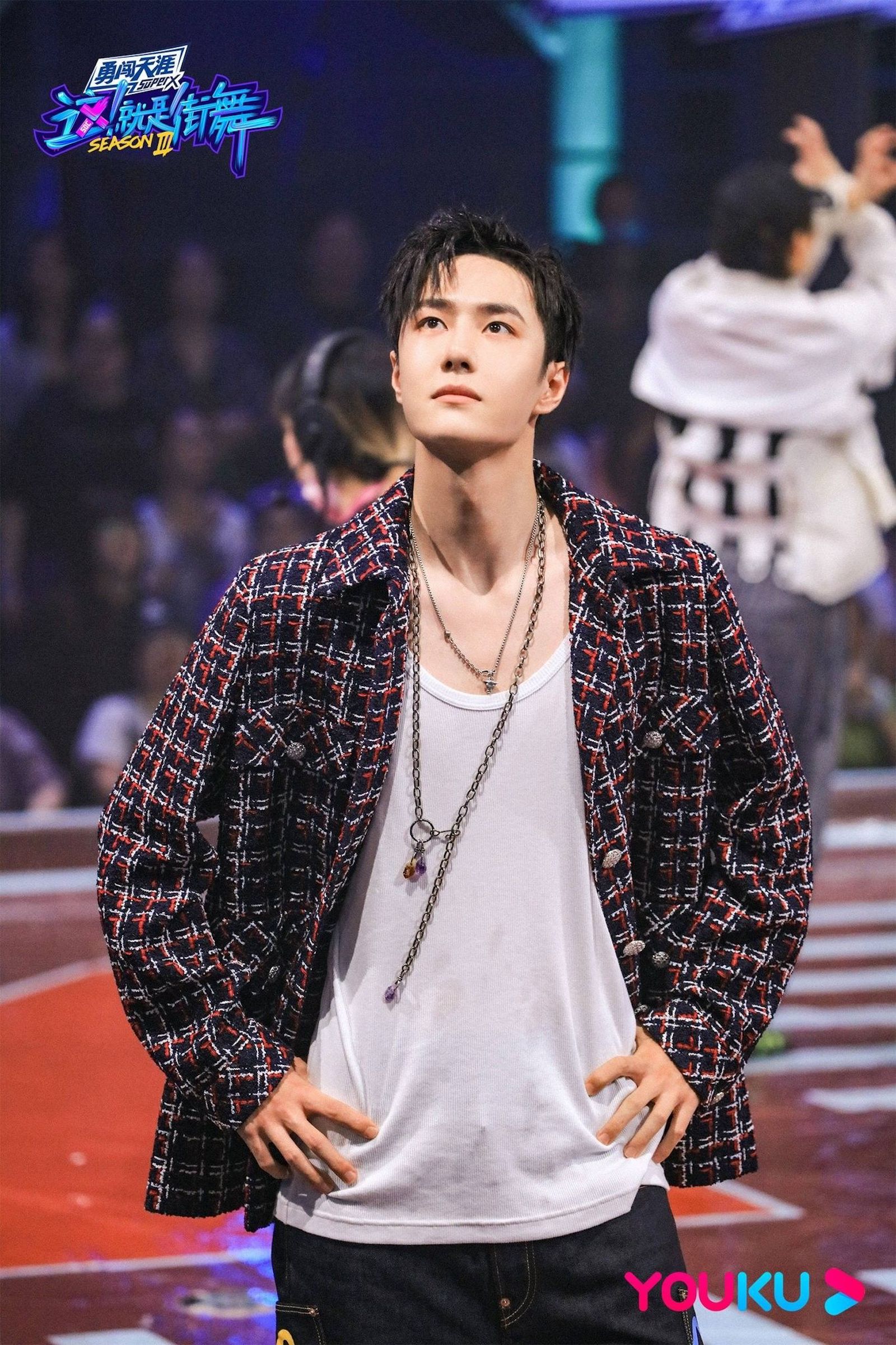 However, by the 5.06-minute mark of the video, things escalate far beyond simply raised eyebrows. The stage is suddenly full of shirtless, half-naked male dancers surrounding Wang Yibo as he continues to slay the water. Wang Yibo himself isn’t shirtless, but the sheer amount of naked skin on the stage is enough to incite absolute hysteria from the crowd. Men & women alike are screaming, losing their absolute minds.

At the end of the dance the half-naked dance crew fling Wang Yibo into the air, while his tongue lashes about seductively. Wang Yibo then proceeds to take off his outer layer only and finish the dance, propped up by his half-naked crew, thrusting his chest in and out with a look that could kill shooting from his eyes.

Between the water, the leather pants, the squadron of half-naked men, and Wang Yibo’s unrestrained tongue, we’ll never understand how the audience made it through this performance alive. Yiboists on social media all around the world had an epic collective meltdown. 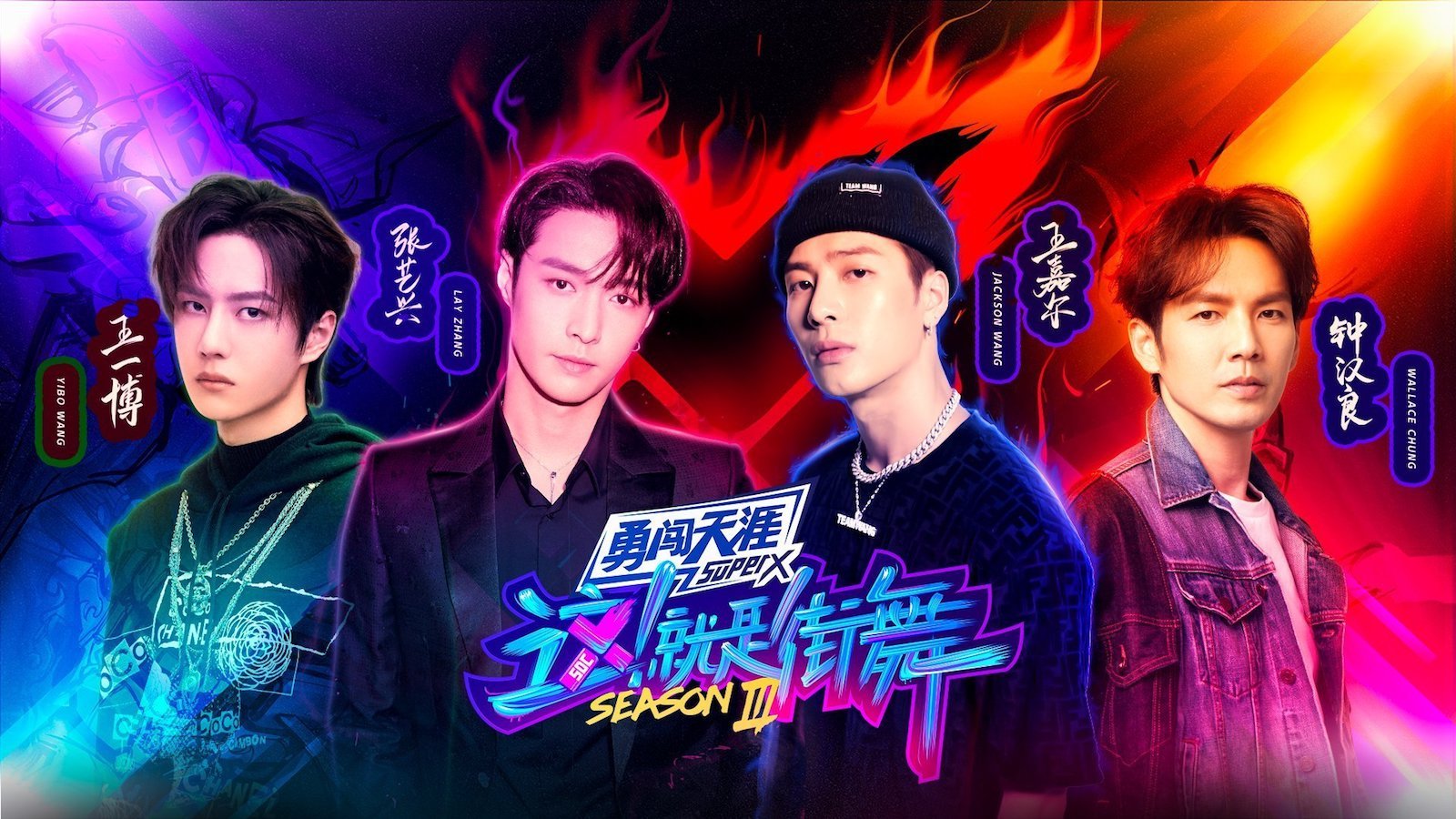 Although this particular video isn’t subbed in English, there are snippets floating around that are subbed. In the commentary after the dance is over, Wang Yibo’s co-captain, Zhang Yixing, says the only thing wrong with the dance was that Wang Yibo himself wasn’t also half-naked.

Wang Yibo blushes shyly at the comment, but then proceeds to begin taking off his shirt. As the entire audience gasps in unbridled anticipation, Wang Yibo stops in time before he can cause any real devastation to those watching. Then, Jackson Wang throws his hat in the ring, calling out the Chinese equivalent that Wang Yibo should “take it off”.

Wang Yibo does not comply with Jackson Wang’s request, saving everyone in the audience, and watching at home the unfortunate fate of a Wang Yibo-induced heart attack. Phew! Death by a half-naked Wang Yibo; many agree that it would be a good way to go!

The video above only depicts about 30 seconds of the dance in question, so unfortunately readers can’t see the prelude to the scandal. Essentially though, a male contestant who is on one of the other captain’s teams, is throwing himself around the stage emulating a dance style known as whacking. His arms are flailing, he’s moving erratically around the stage. The whole situation is very chaotic, but brilliant nonetheless.

Things take an outrageously unexpected turn at the point in the dance where this video kicks in. The dancer approaches Wang Yibo and flutters his hand around the back of Wang Yibo’s neck. Everything happens so fast, but as the dancer turns to move away from Wang Yibo and subsequently on with the rest of his dance, Wang Yibo stands up from his position on the floor.

Like a panther chasing its prey, Wang Yibo grabs the dancer firmly on the back of his own neck and wastes absolutely no time pushing himself well inside the perimeter of the dancer’s personal space. After a few seconds, the dancer eventually manages to duck under Wang Yibo’s arm and shimmies off across the stage. 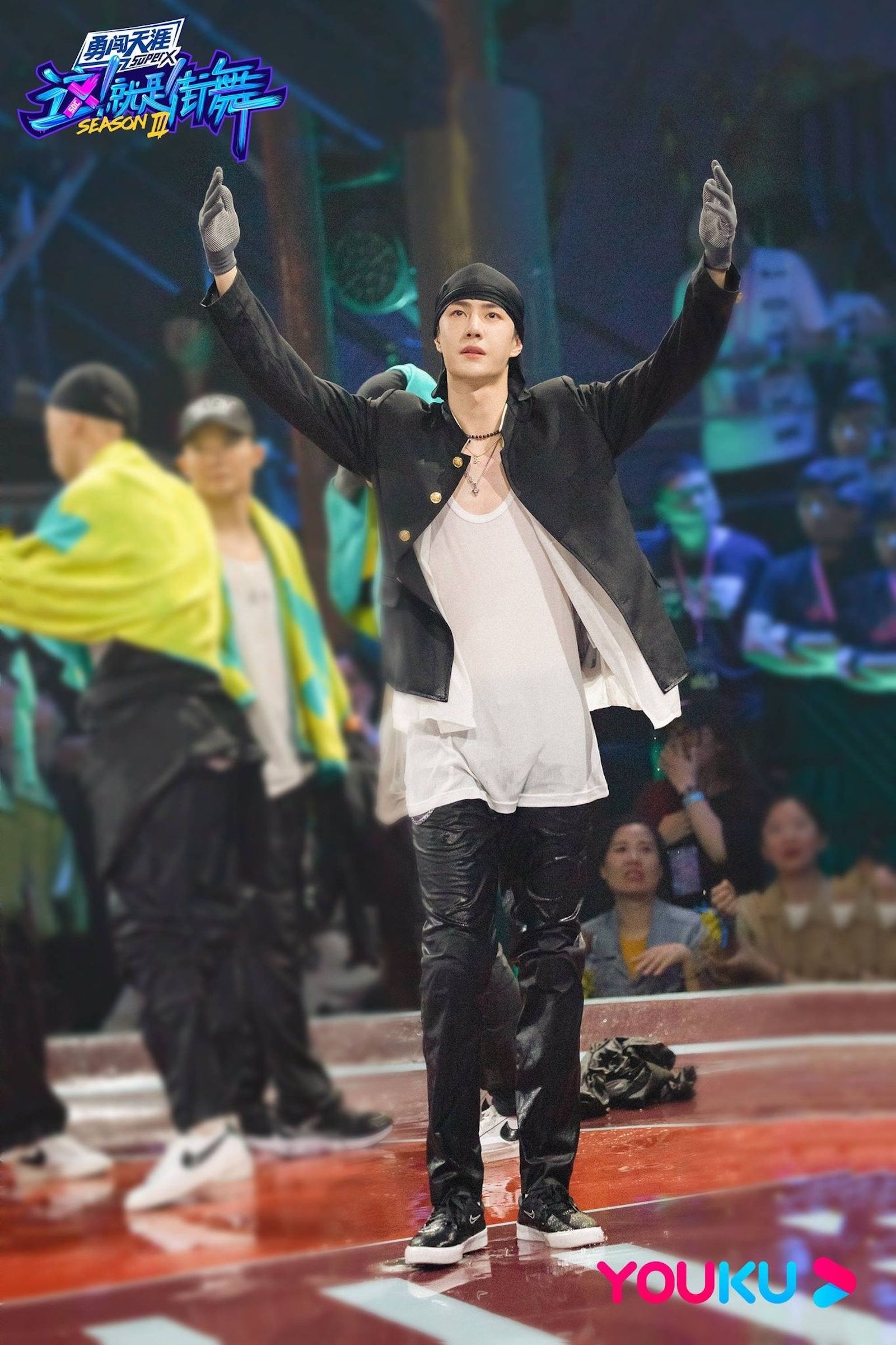 This does not stop Wang Yibo. He darts off across the stage after the dancer, arms flailing, tongue positively lashing at the air, in what can only be described as some kind of animalistic cat & mouse chase. The audience, and the other contestants, go totally bananas!

Mad props to Xiao Bao, the dancer in question, for holding his ground against Wang Yibo’s persistent advances. The man held his composure, paused only infinitesimally when Wang Yibo pounced, and finished out his dance with nothing but style & grace after Wang Yibo gave up his pursuit. Imagine being chased across a stage by Wang Yibo yielding the full force of his tongue in your direction! Have mercy!

Watching Wang Yibo dance is always an utter delight. Watching Wang Yibo dance on Street Dance China: Season 3 has been something otherworldly. There are still a couple of episodes left of the series to air. Cross your fingers & toes for the delivery of more debaucherous & scandalous Wang Yibo content. We are positively living for it. Watch this space.

A huge shoutout to @ObsidianAurora for providing the video hookups! You really are a Wang Yibo walking encyclopedia. 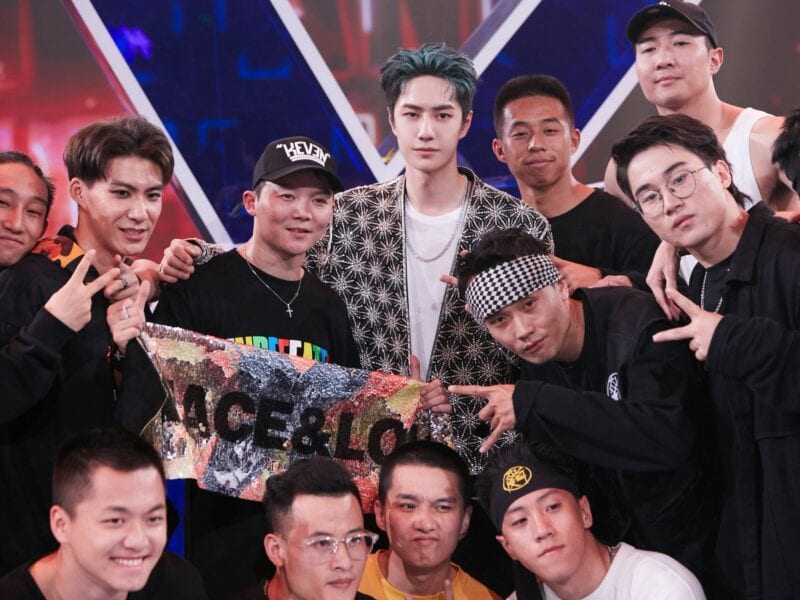