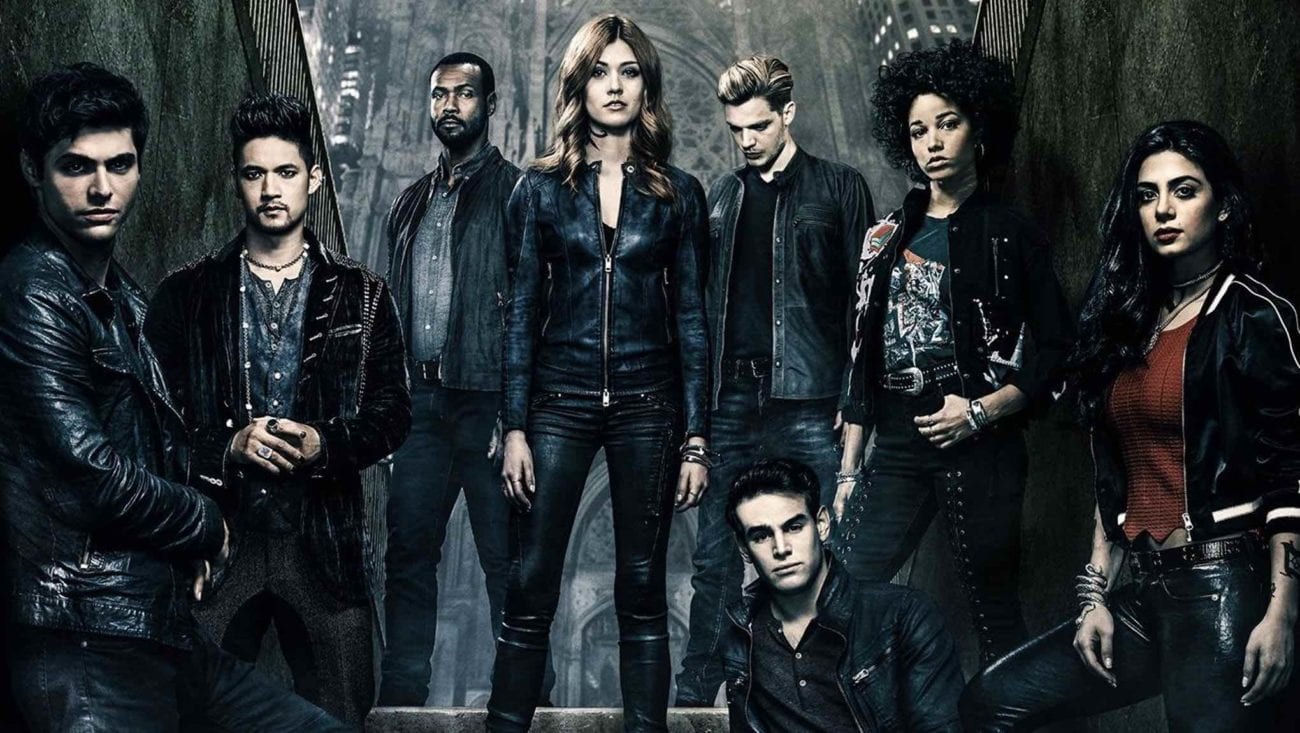 After Shadowhunters finished up earlier this year, we’ve been standing in solidarity with the Shadowfam; we’re still working to #SaveShadowhunters. You might be voting in the People’s Choice Awards (even though it was rigged), but we’ve got another mission for you: it’s time to vote in our Bingewatch Awards!

The Bingewatch Awards are ongoing throughout September. We’ll share the results of our polls with complete data, metrics, and geographic information publicly. That way if any studios are on the fence about a renewal, they can see just how large & dedicated each fandom is for a given show. Our polls are 100% fan-decided – we don’t take any other data into consideration other than your real votes.

(Don’t worry: your personal data is always safe with us here. We wouldn’t dream of sharing names, email addresses, IP addresses, or anything of the like).

After all, who else deserves the recognition for almost singlehandedly bringing back Shadowhunters from the edge of extinction? Here’s why you should vote for Shadowhunters. 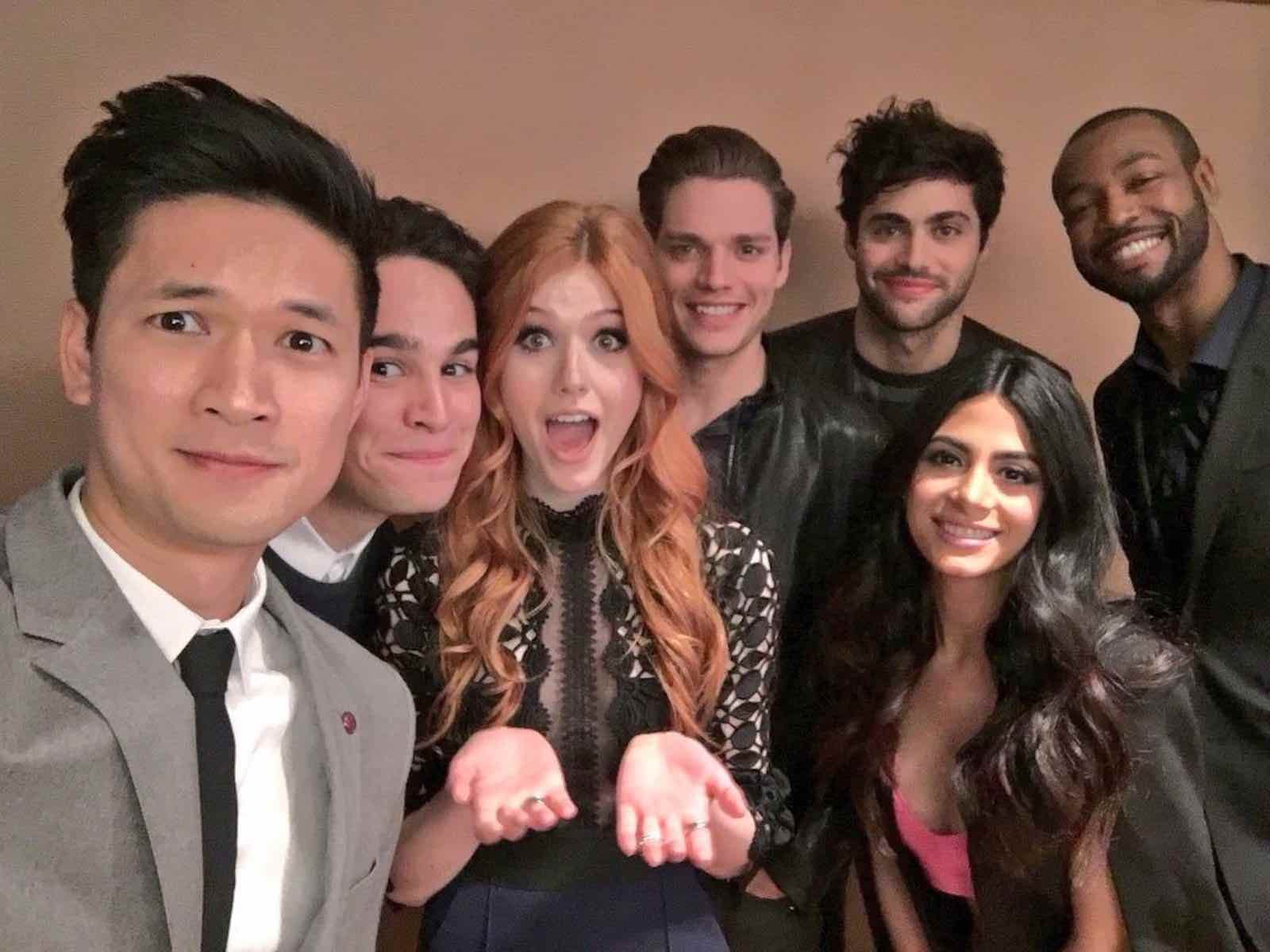 Shadowhunters’s fandom is just as supportive as the show

@sh_wanderlust: “The fandom, much like the show, has been there for me when the real world seemed too scary, too real, too much for me to handle.

“It’s a safe haven, a place to escape to, whether it’s to Whatsapp to talk to my parabatai half a world away, or to my Twitter timeline, joining thousands of other fans with whom I share one thing in common: love and appreciation for the Shadowhunters cast, crew, plot, characters, the general air and aura that we continue to spread over social media. 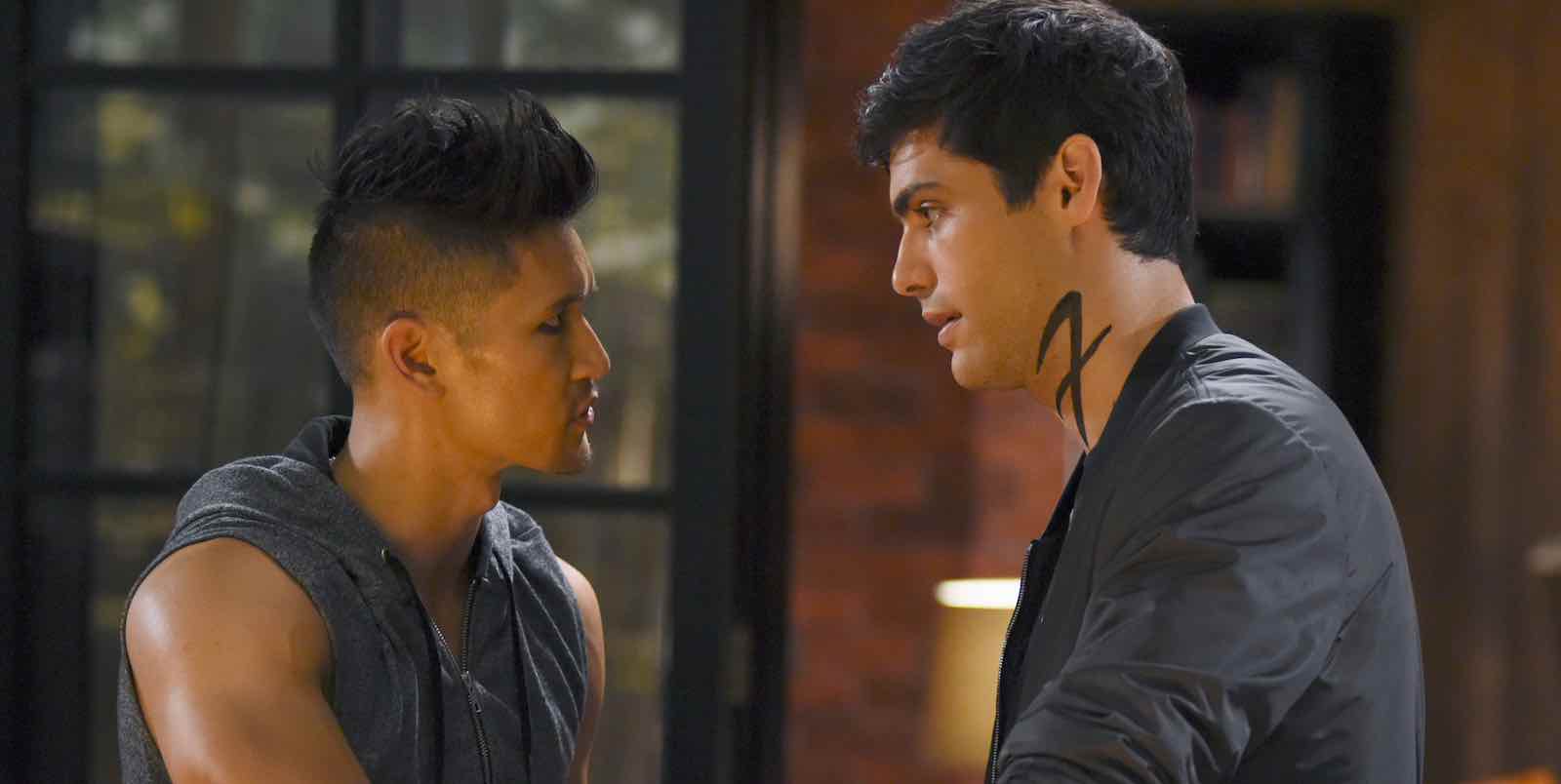 As Twitter user @OUaTPreachers explained, the show feels like a “safe space” to the viewers by portraying how “normal” an LGBTQI relationship is, destroying toxic stereotypes attached to bisexuality and diminishing prejudices some people may have with regards to gender and sexuality.

“Personally, this show helped me accept my own bisexuality after suffering internalised biphobia,” which is in part explored via Magnus’s (Harry Shum, Jr.) confidence and eschewing feeling “bad” for being bisexual.

Magnus (Matthew Daddario) and Alec’s queer relationship is a key part of the success of the show. In a TV landscape where “bury your gays” is frequently brought up as a legitimate criticism in sloppy storytelling, viewers were able to watch the natural progression of Magnus and Alec’s relationship as it grew into something more. #Malec provides a complex, special look at a gay relationship, and it’s a rare example seen on the small screen. 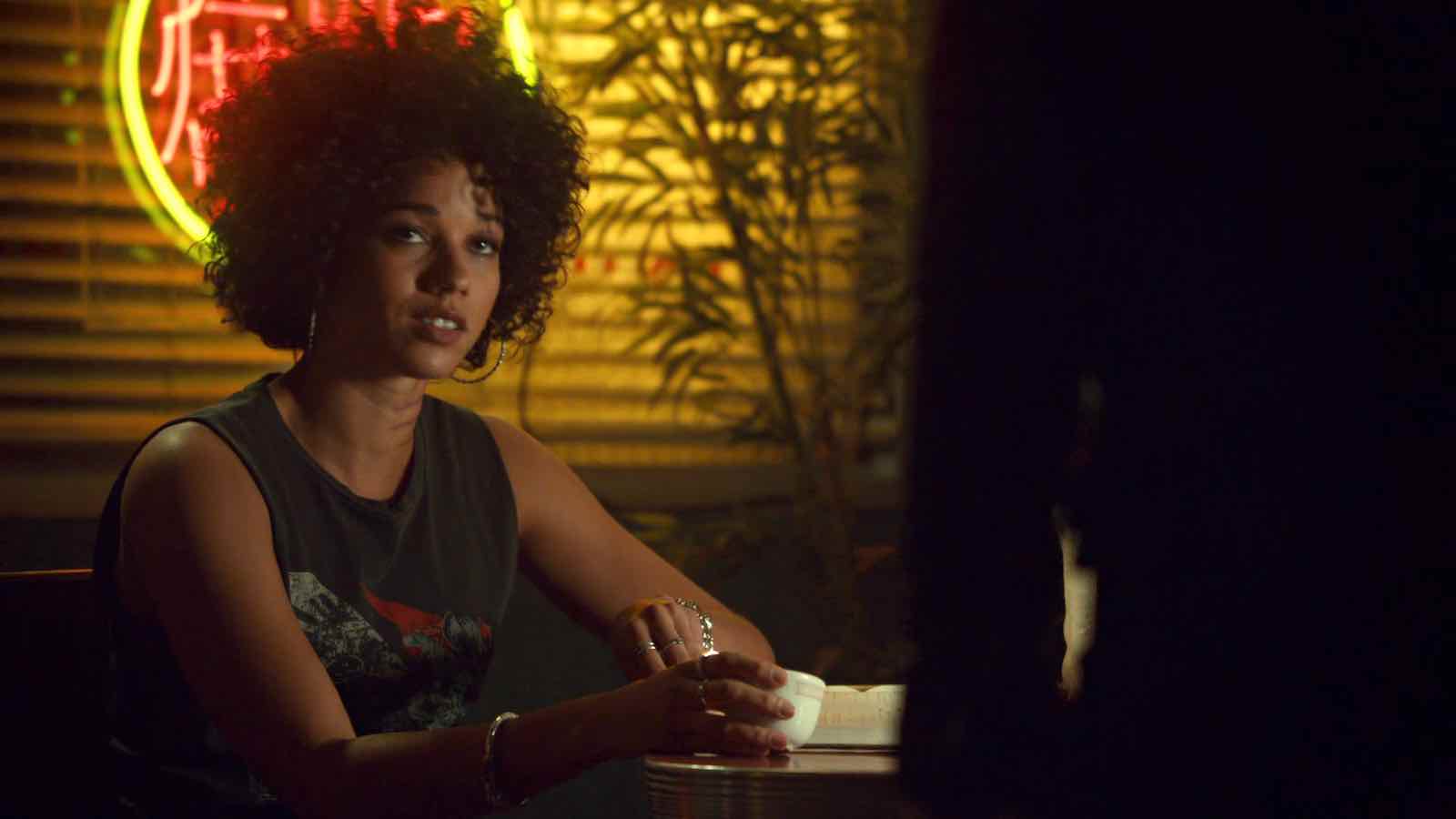 Shadowhunters gives a voice to underrepresented people on TV

Danielle McGrath noted, “The show has allowed gender and sexual minorities to be represented positively in the media, along with other various minority groups that haven’t been given the chance to be represented on screen.”

“In this modern age, the female gender is still represented in the media as the family nurturer or as a sexual object, but Shadowhunters has turned this on its head and portrayed their female protagonists Clary and Isabelle as independent warriors who can fend for themselves.”

“The inclusion of these minorities gives all viewers something to see themselves in and I think that is a beautiful thing.” 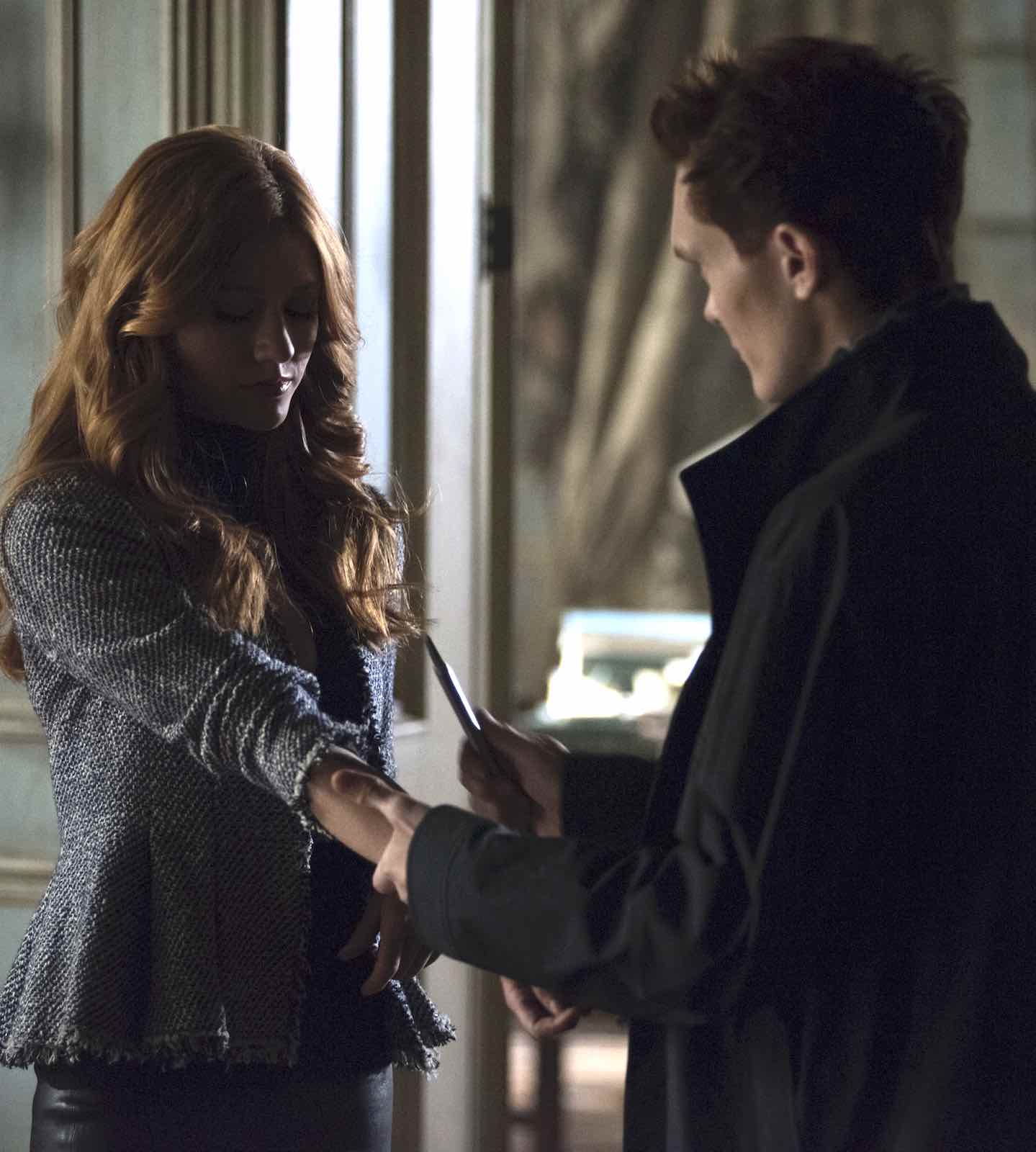 Shadowhunters took what was great in the books and expanded

Carrie Weaver addressed the differences between the books and the show, stating “the books brought me here but the show made me stay. I found myself looking forward to the changes they made and sometimes liking them better.”

“It just gave me a new avenue to enjoy these characters I fell in love with in the books and made me fall even more in love with them and the Shadow World.” 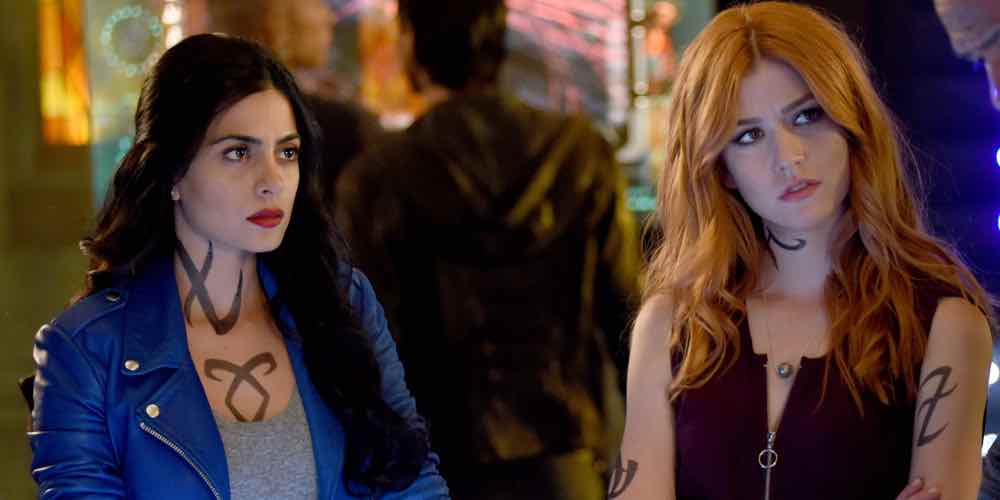 And finally . . . we’re here for the incredible leather jackets

Honestly, we all appreciate a good leather jacket from time to time. Shadowhunters has done outstanding things for representation, female empowerment, and worldbuilding, but sometimes we just like to enjoy a quality leather jacket on our screens!

Clary Fray (Katherine McNamara) and Izzy (Emeraude Toubia), as well as Maia Roberts (Alisha Wainwright) and the whole male cast, frequently don outstanding leather jackets as they face off against supernatural foes. Tens across the board!