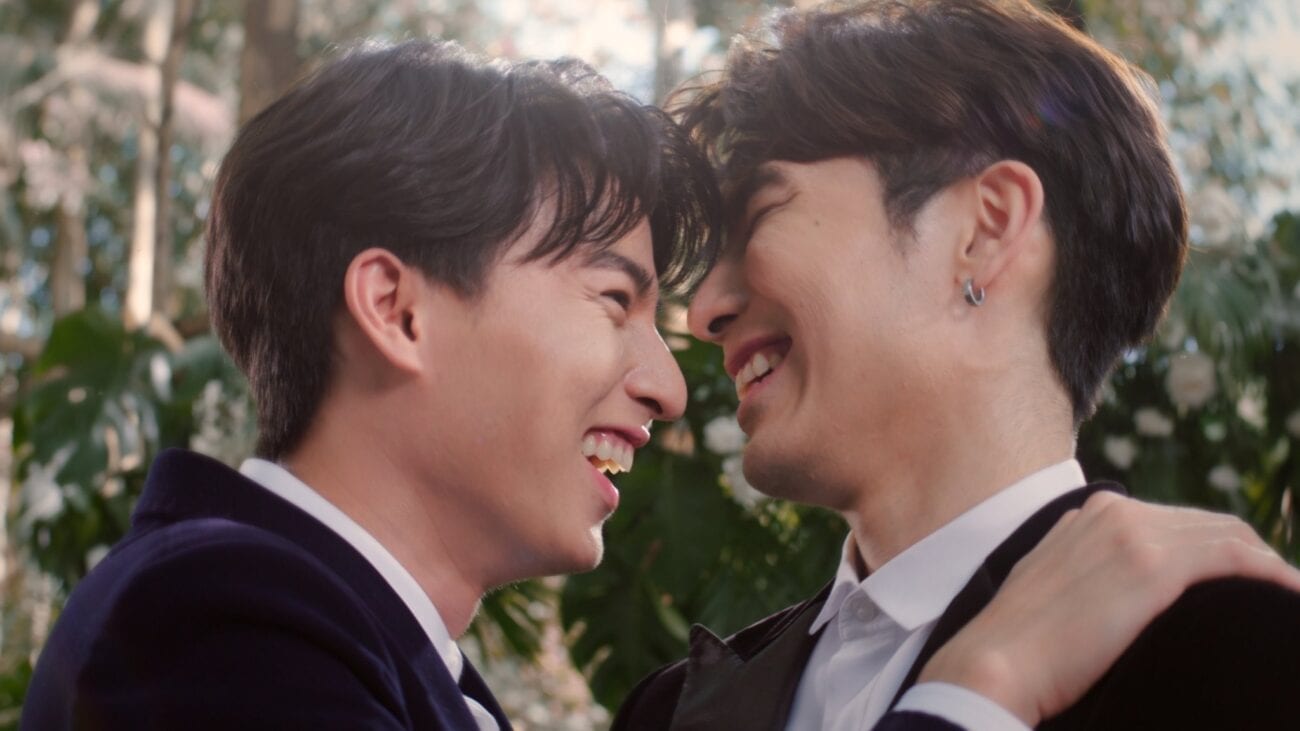 Unpacking ‘TharnType’: All the things you might have missed

TharnType: The Series is a Thai BL drama that gained worldwide popularity during the second half of 2019. The show follows two university freshmen, Tharn (Mew Suppasit) & Type (Gulf Kanawut) who end up sharing the same campus dorm room. Tharn is gay and living life very much out of the closet. Type, however, claims to be heterosexual. As the episodes unfold, viewers (and Type himself) learn that Type isn’t as straight as he first claims to be.

Initially, in addition to claiming that he is heterosexual, Type also spouts all kinds of homophobia to both his friends, and to Tharn. Type tells Tharn very clearly that he hates gay people and that Tharn should move out of their shared room. While Tharn is clearly annoyed by Type’s outward aggression, it seems his crush for his roommate is larger than his annoyance, and Tharn begins pursuing Type quite relentlessly.

It isn’t long before Type gives into Tharn and his advances. In just a few episodes Type changes his tune from claiming ‘I will never sleep with you’ to outright begging his roommate to have sex with him. But just once, right? And only so they can level the playing field between the two boys. Absolutely no one, especially Tharn, believes that anything that happens between them will just occur once. 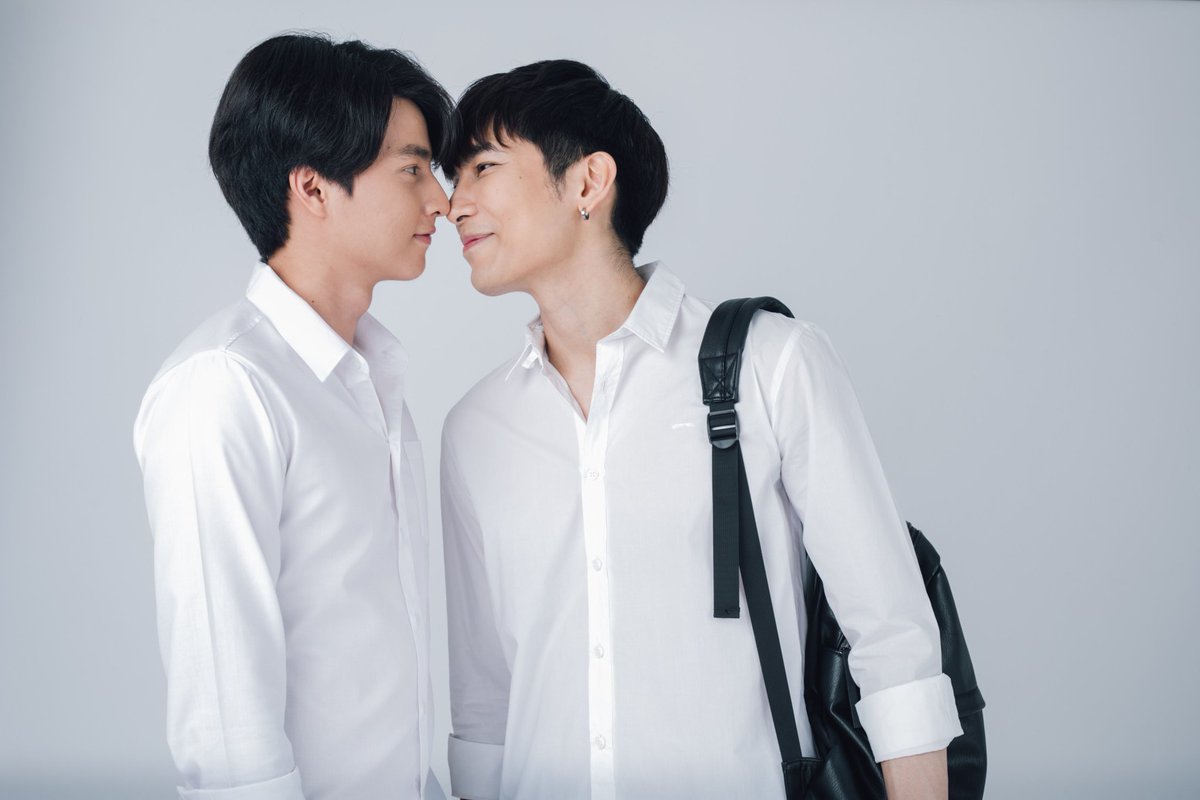 The rest of the show follows the two boys as they develop a relationship that there is absolutely no heterosexual explanation for. Tharn waits patiently for Type to catch up to the idea that maybe, just maybe, Type isn’t heterosexual at all. The moment of awakening happens in episode 6.

Audiences all around the world became utterly captivated by the relationship that unfolded between Tharn & Type. Not perfect at all, and actually plagued by several negative stereotypical depictions of same-sex relationships, the sheer reality of what transpired between the two characters seemed to be what had people sitting on the edge of their seats each week.

We get it. We really do. However, TharnType: The Series showcases a plethora of interesting characters and several WTF moments that left us scratching our heads. There is so much more to discuss than simply Tharn & Type alone. Come with us as we unpack the moments that you might have missed that left us asking “uhhh what?!” 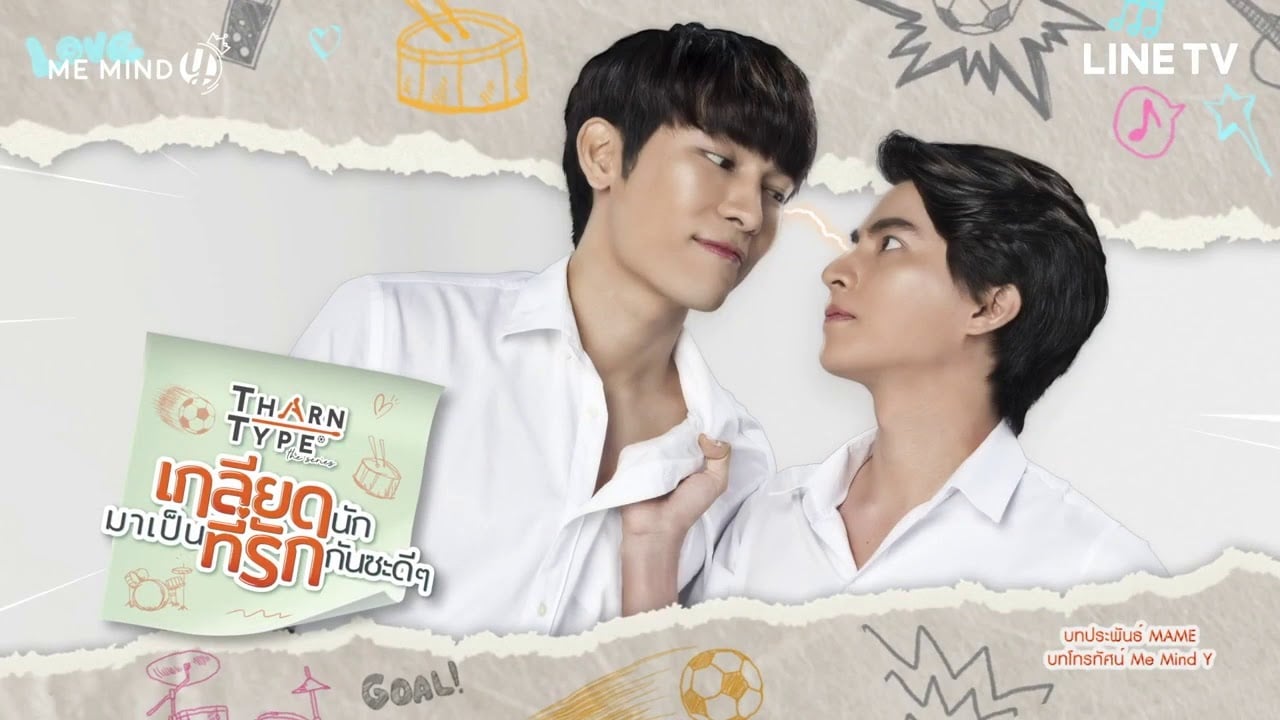 The not so hetero intro

The show was marketed as a BL, so anyone tuning in should have known about the queer storylines that were likely to pop up. That’s why the first few minutes of TharnType: The Series had us giggling a little too hard.

The opening sequence features Type narrating his new life as a university freshmen. Type claims that even though his dad made him live on campus, things are actually going better than expected. The camera then pans away from Type on the soccer field to Tharn, half naked in their shared room, getting dressed.

Type claims that his roommate is “totally good looking” and “so goddamn nice”. These not-so-hetero comments had us choking on our popcorn. Type clearly doesn’t know Tharn is gay at this point, and then follows up with a comment about the two boys helping each other get laid this semester. The foreshadowing that exists here is next level. 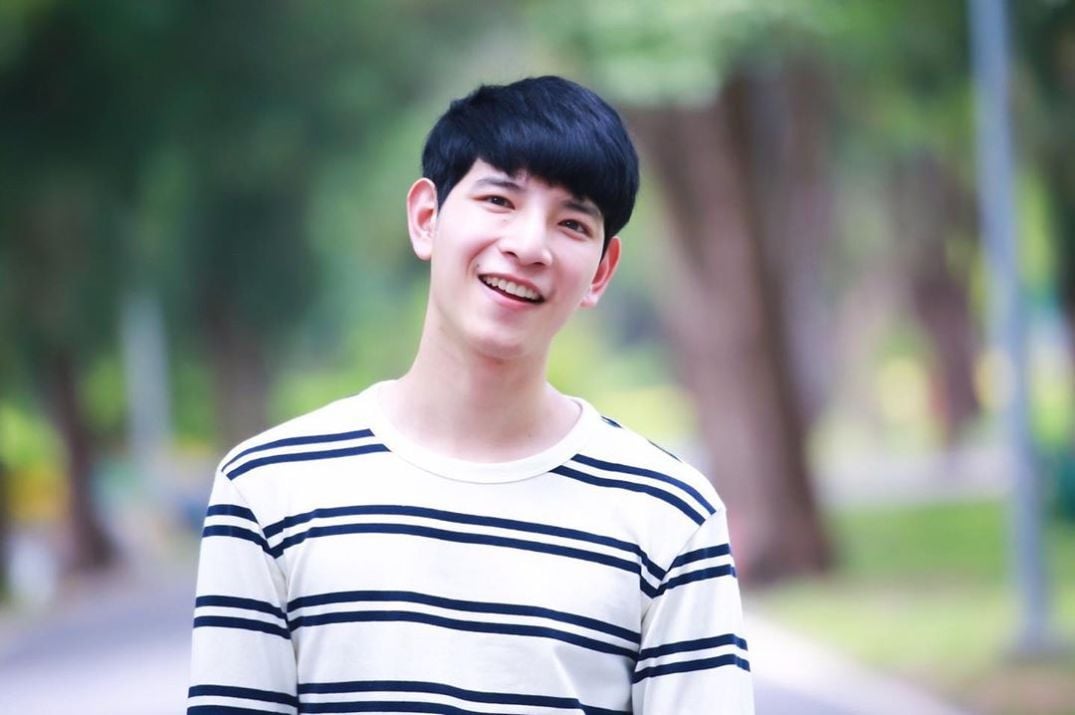 For the duration of TharnType: The Series Techno (Mild Suttinut) remains romantically unattached to another. We are aware that in the source material (which has not been translated to English yet) Techno does have a boyfriend in the second book. However, in season one of this show, Techno’s romantic interest seemed to be all over the place. Let’s take a look.

Take Tharn, for example. Techno seems comedically into the guy. Even though Techno seems to understand that Tharn & Type are into each other, Techno’s fixation on their relationship and his infatuation with Tharn is actually quite hilarious. He wants Tharn’s phone number, he seems utterly star struck by Tharn’s drummer persona, and he is always defending Tharn when Type is spouting negativity about him.

Upon first examination of this situation, it could be argued that Techno simply seems to understand that Type is struggling with a lot of internalized homophobia, and Techno just wants to help his friend through this difficult time and come out on the other side happy & trauma free.

However, if you’ll allow yourself to look beyond the obvious and cast another watchful eye over Techno’s interactions with Tharn, you’ll see what we mean. Techno is besotted with Tharn, and the whole thing is just hilarious. Poor Techno!

We know that Techno would never have acted on his crush. We’re not even sure Techno was capable of acknowledging his crush, but we just wanted y’all to know that we saw it and laughed a lot at the whole situation.

As the show unfolded, fans also began shipping the relationship that developed between Techno and Champ (Boat Napat Srinakluan). They’re together a lot, they have a lot in common, and they seem to vibe really well. We get why people ship them. 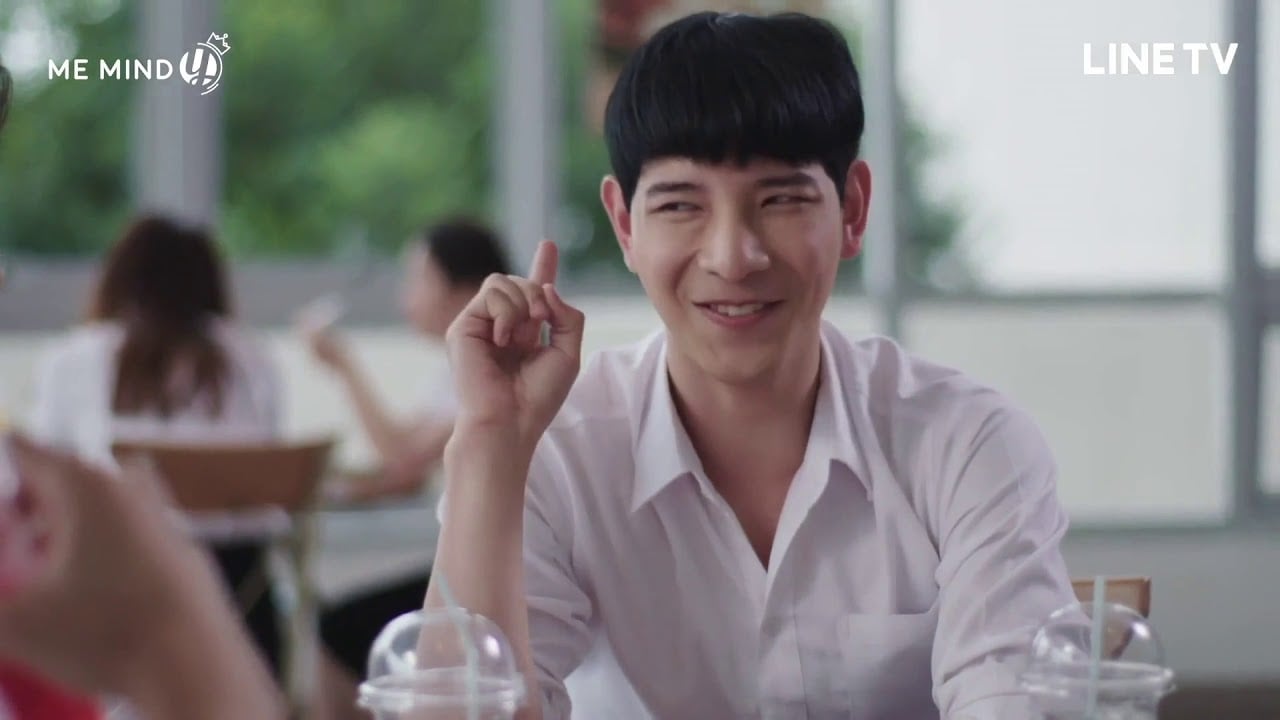 As the season wrapped up, though, there was no indication that either character had crossed that line with the other. It seems that their relationship really is just one of bromance. In the second book, Champ ends up in a relationship with another guy, who has already been cast for TharnType 2: 7 Years of Love, so any chance of fans getting their wish regarding these two characters seems unlikely.

We know that Techno’s storyline in the source material isn’t very positive in book two, but we’re hoping that enough changes are made to the screenplay that he gets a happy ending. He deserves all the love and happiness in the world! 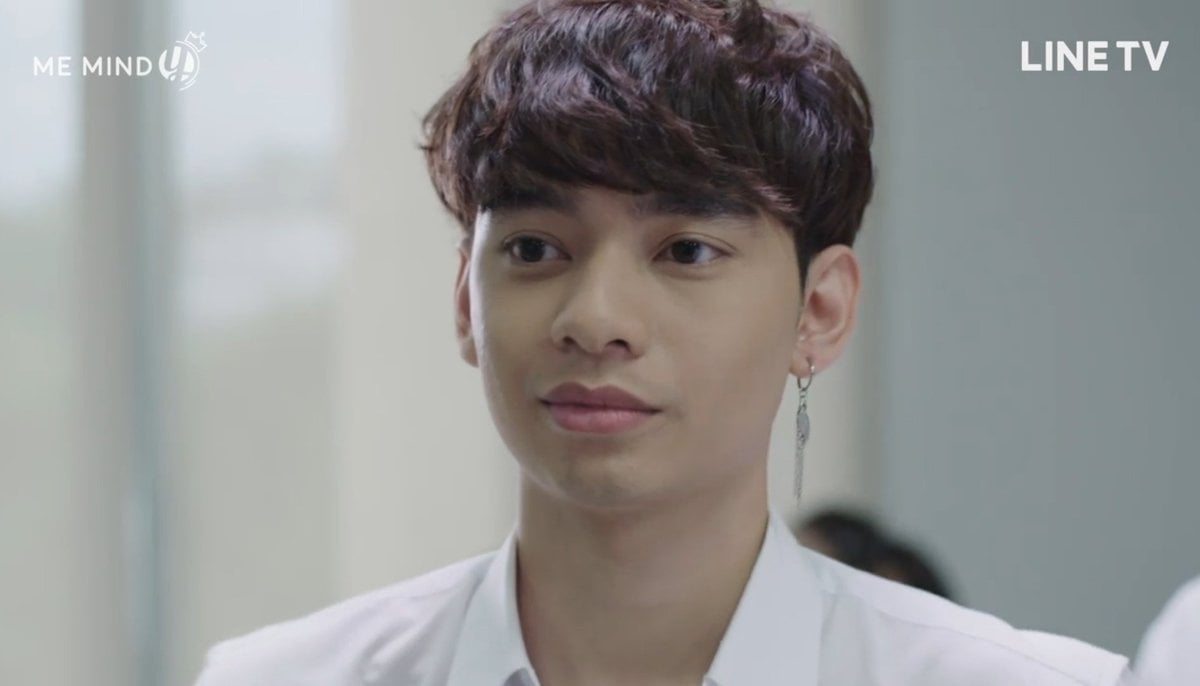 Why is Lhong so oblivious?

We couldn’t possibly write a WTF piece about TharnType: The Series without taking a good, hard look at Lhong (Kaownah Kittipat Kaewcharoen). It’s clear to everyone with eyes that Lhong is obsessed with Tharn from the get-go. What isn’t clear, though, is how the kid is so oblivious to Tharn’s feelings about Type.

Both Tharn & Lhong claim that they are each other’s most treasured friend. So if this is true, why isn’t Tharn talking to Lhong about his feelings for Type? Better yet, why isn’t Lhong noticing that Tharn is clearly messed up inside over his roommate? Shouldn’t friends be talking about these things? 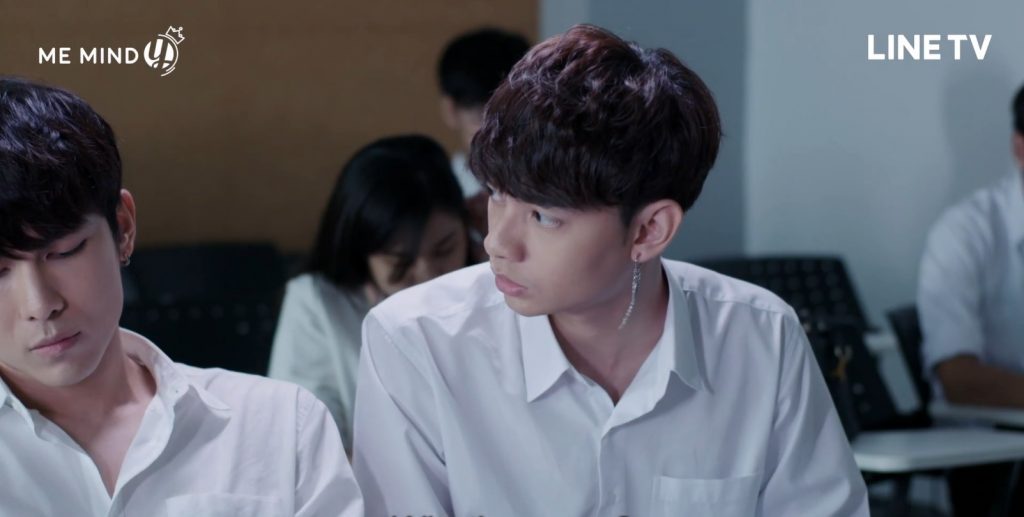 Tharn didn’t even tell Lhong that he was moving off campus with Type. When Lhong shows up to Tharn’s new apartment off campus, Lhong’s devastated, utter shock at the announcement that Tharn & Type are in a relationship had us scratching our heads a little.

Furthermore, when Tharn seems to have no idea why Lhong was acting all crazy at the news, this made us want to stand on our feet and shake the kid. WTF boys. Just WTF! 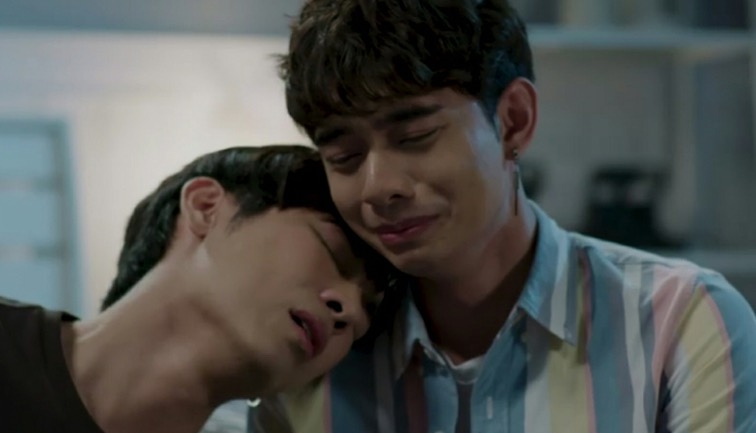 When Type realizes that Lhong is responsible for all the shenanigans that Tar (Kokliang Parinya Angsanan) is instigating between Tharn & Type, he develops an elaborate plan to expose Lhong.

Type decides the best way to expose Lhong’s past & present behaviors is for Type to break up with Tharn. It doesn’t seem like Type even considers sitting down with Tharn to have a mature and rational conversation with his boyfriend. Instead, Type concocts a plan so dramatic that it’s Oscar-worthy, and it crushes Tharn in the worst way possible. 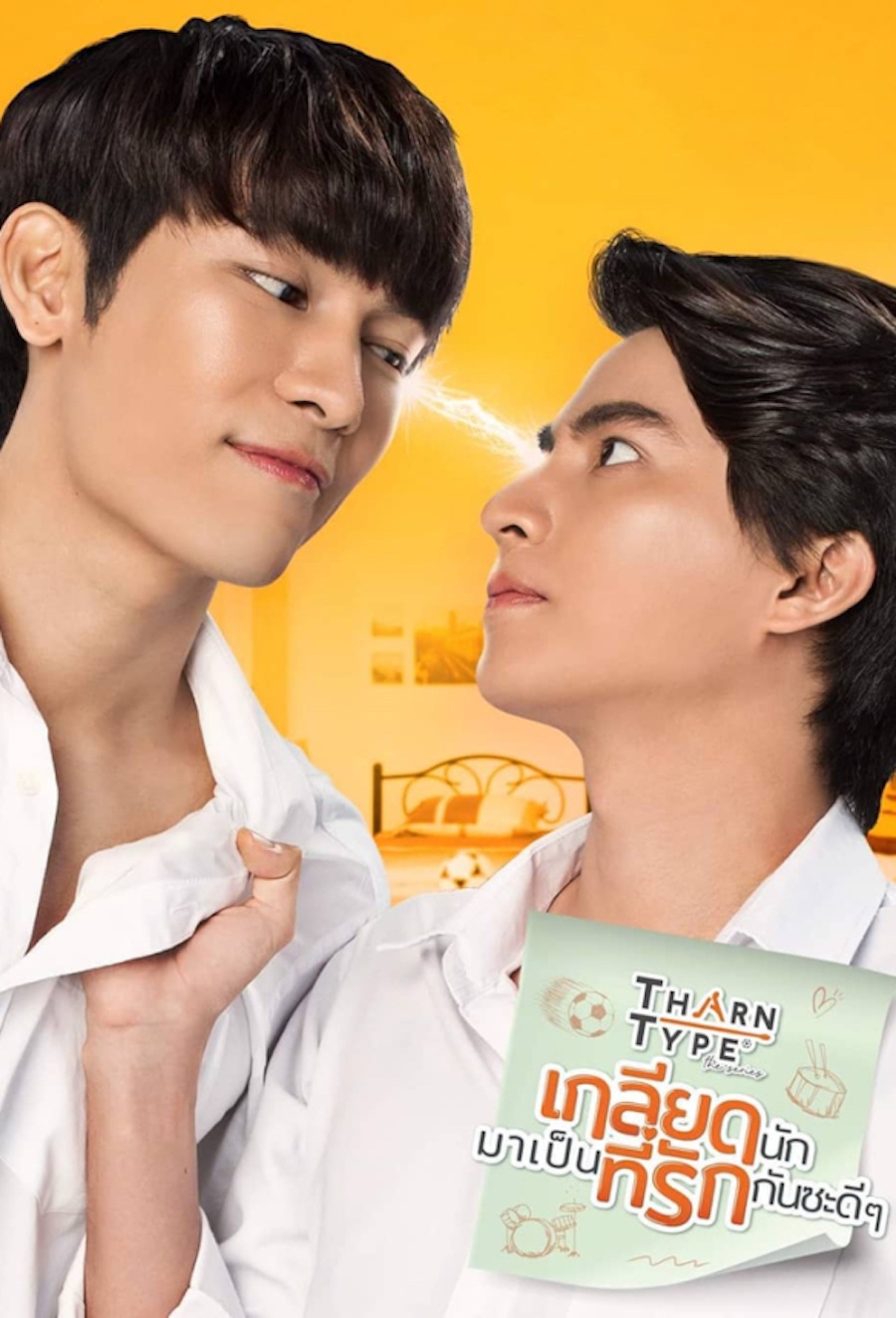 We get that the show was clearly going for the dramatic effect of the break up scene, yet the plan itself seems to make little sense. It is clear that viewers are supposed to infer that Type wants Lhong to act irrationally and possessively over Tharn as a response to Type’s breakup with him, and that is what happened. But WTF, Type?

Whether it is low production quality, budget, or the inability to cram so much content into so few episodes, these moments are definitely eye-catching indeed. Conveniently though, instead of detracting from the storyline or diminishing the value of the show, they merely serve as moments of hilarity. The dots may remain unconnected in these examples, but fans seem to have accepted this as just part of the show. 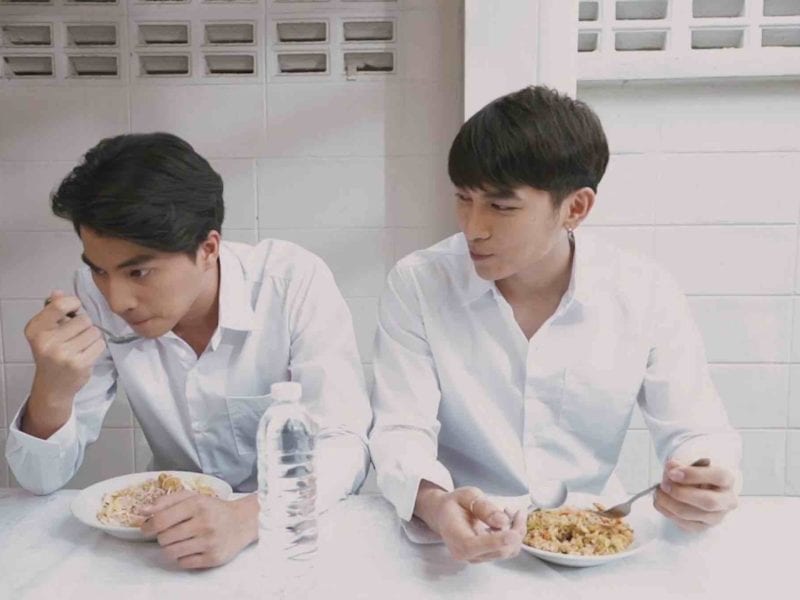 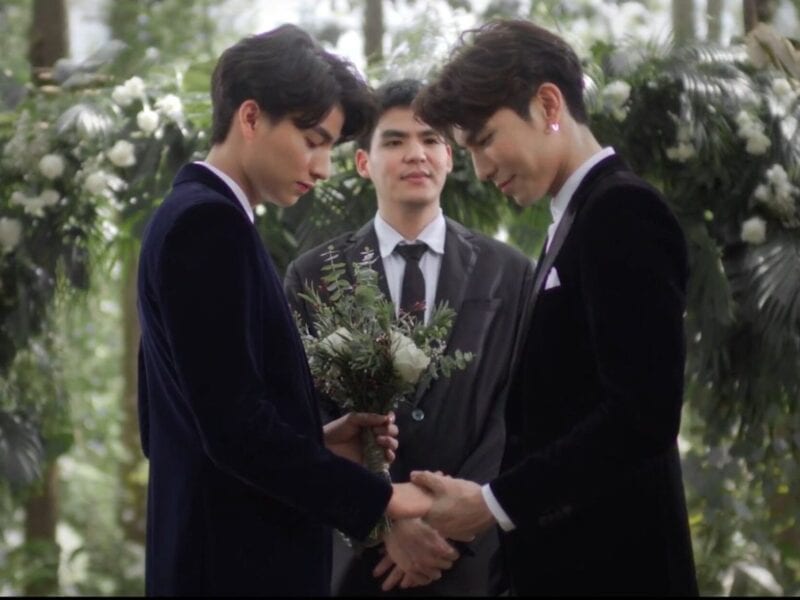 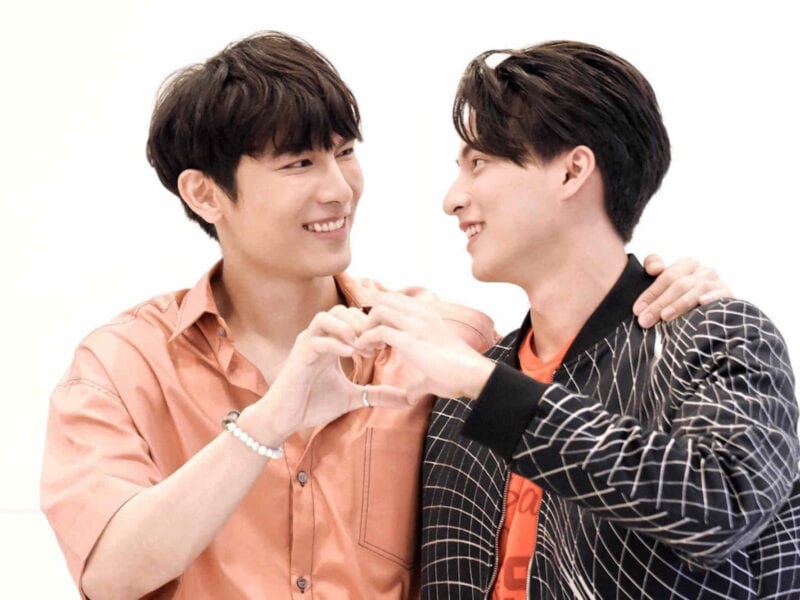