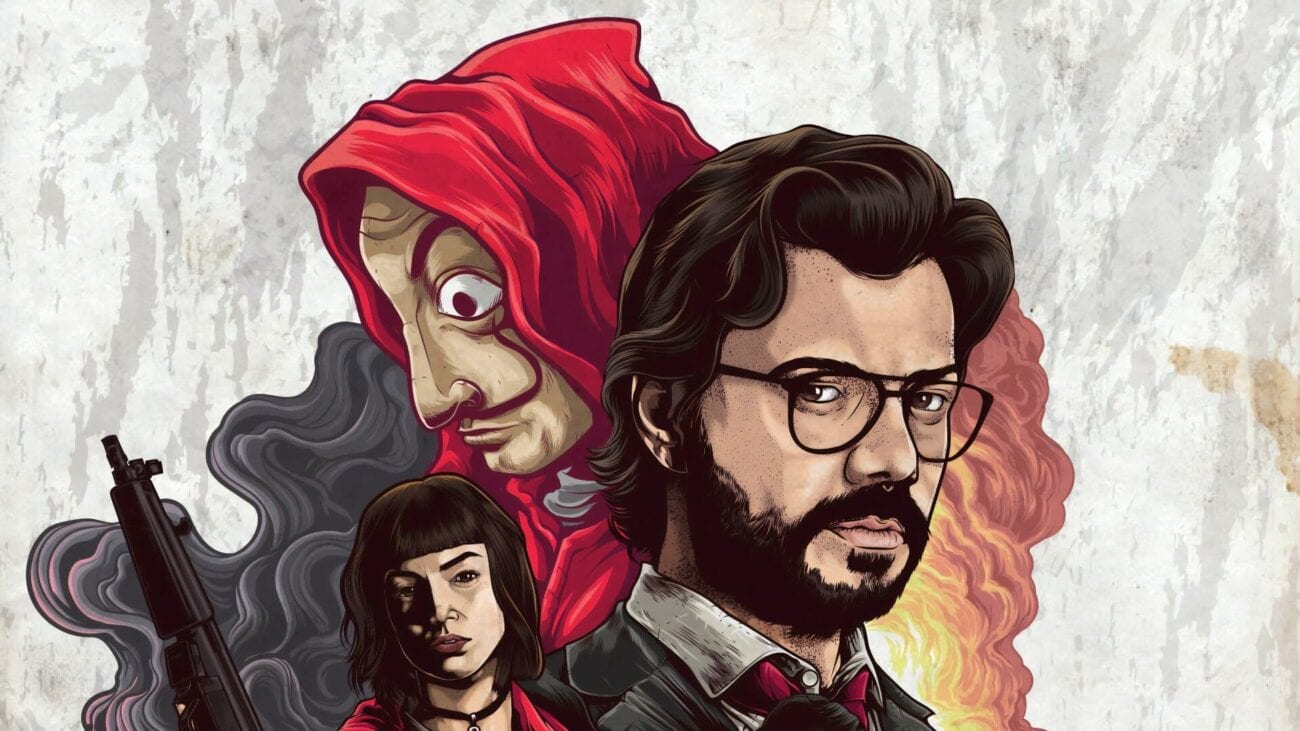 The ultimate ‘Money Heist’ guide: Read this before season 5 drops

Money Heist is one of our obsessions. It’s unique as a television show for its intricate plotting, careful forethought, and characters which you either hate to love or love to hate. We’re on pins and needles waiting to find out what happens to the gang next.

Sadly, it’s hard to know when season 5 will come out since the pandemic has wrecked filming schedules for pretty much every production around the world. This means by the time season 5 of Money Heist rolls around, all the intricate details burning holes in our heads right now, might be fading from our memories.

While you could just rewatch the entire series before season 5 officially premieres, not all of us have the time to do that. So, we’ve created this handy dandy little guide to remind you of all the important things which have happened in each season so far.

Part one of season one shows the gang coming together for the first time, starting with how The Professor saves Tokyo from walking into a police ambush. From there we see the heist begin and almost immediately Arturo starts trying to figure out how to escape.

His plans nearly get his pregnant mistress, Monica, killed because she’s found out to have a cell phone when she shouldn’t. Luckily, Berlin, rather than do the dirty work himself, sends Denver to shoot her. Unable to do it, Denver shoots her in the leg and hides her away. A few episodes later Berlin finds out Denver never killed Monica. 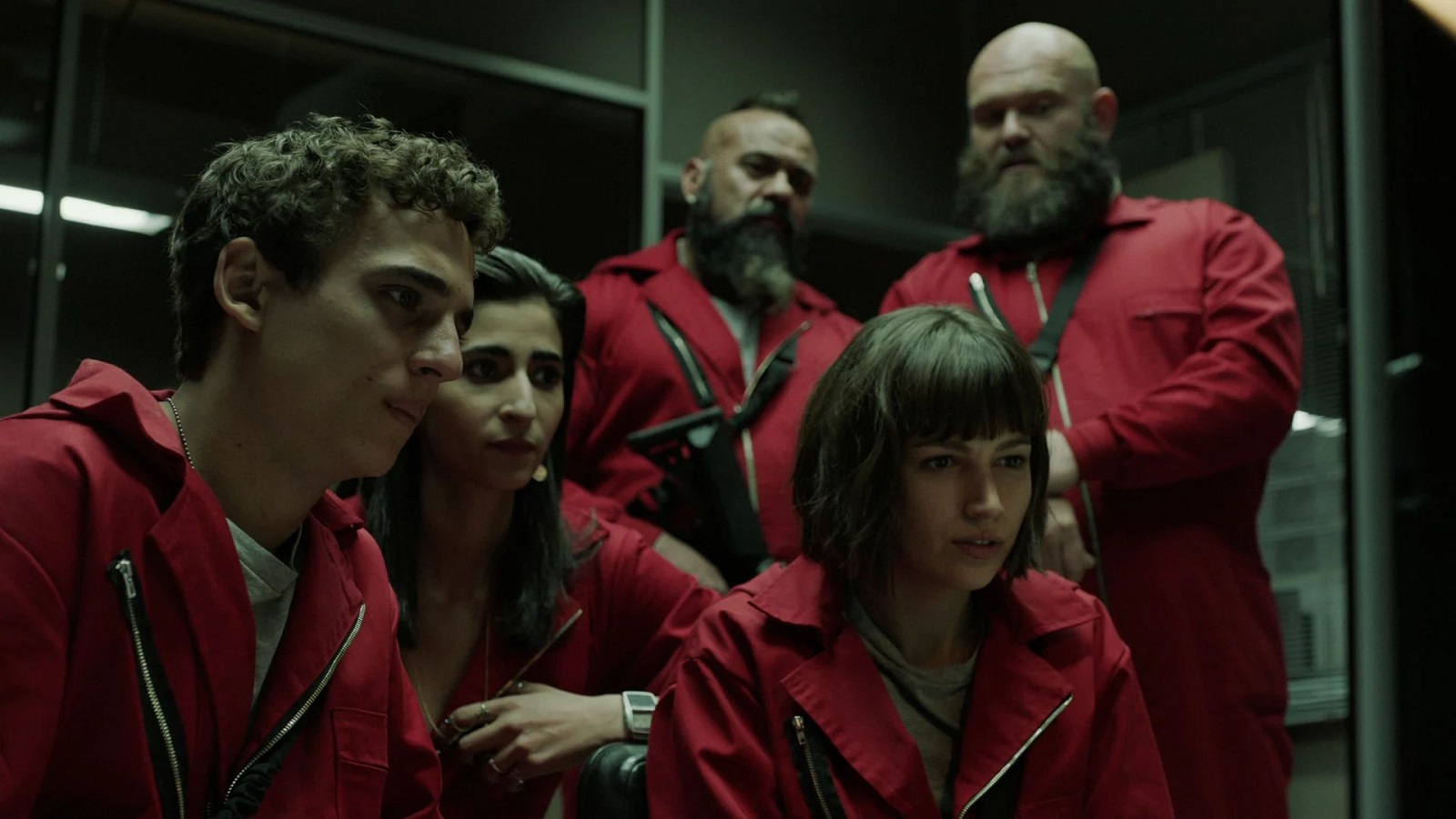 Outside the Royal Mint in the police tent the inspector’s right hand man, Ángel, becomes extremely suspicious of Sergio (who is actually The Professor). However the inspector is falling in love with the man she knows as Sergio. The inspector does throw a small wrench in the gang’s plan when Tokyo and Rio’s real identities are discovered by police and revealed to the world.

In the finale of part one sixteen hostages escape, concussing Oslo badly in the process. Meanwhile Ángel is drunkenly driving in a rage because the inspector isn’t sure whether or not Ángel is a leak. Then Ángel discovers Sergio is The Professor, but is forced to leave the voicemail on the inspector’s home phone where the inspector’s mother with dementia listens instead. Ángel then has a very bad car crash which leaves him in a coma. 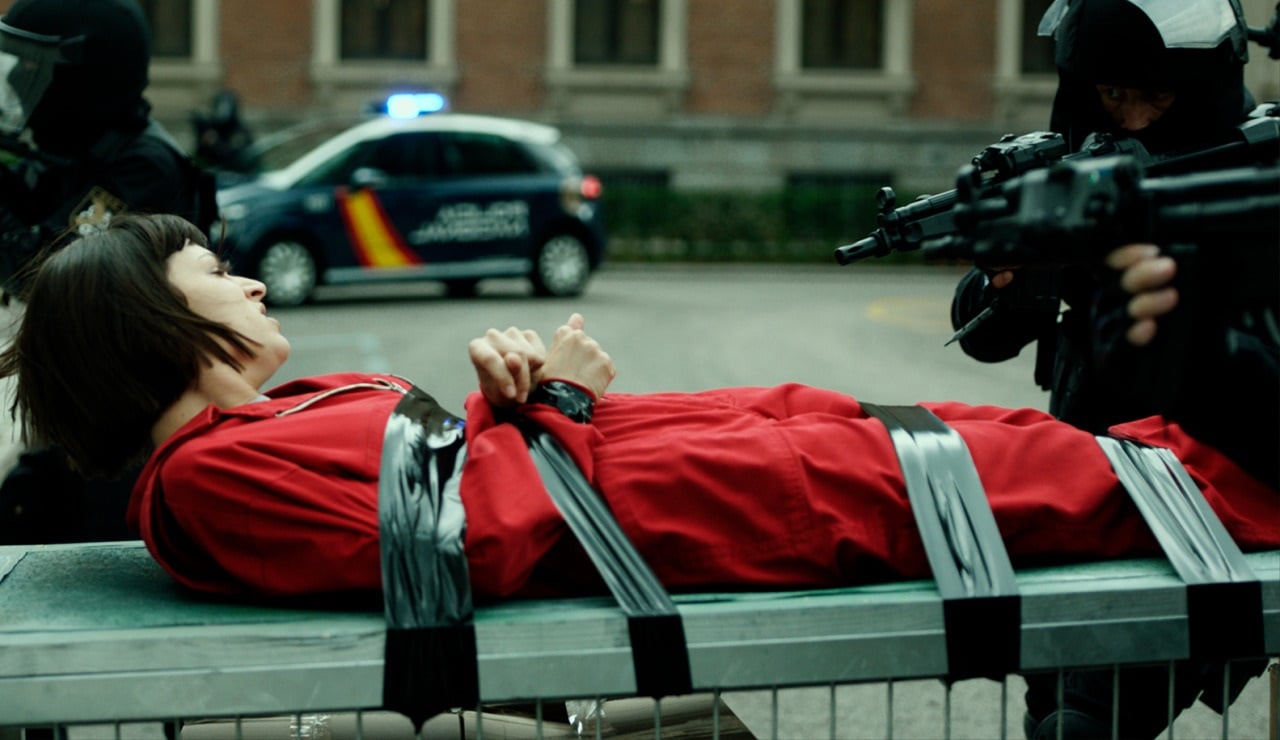 While nobody was killed in part one of the first season, fans are forced to say goodbye to two separate characters in part two. First, Helsinki essentially performs a mercy kill on his cousin Oslow, who appears to permanently be in a vegetative state.

The second death occurs later in part two. Tokyo gets mad at Berlin for some of the choices he has made so she decides to lock herself, Rio, and Berlin in a bathroom where she ties Berlin to a chair and plays Russian Roulette where Berlin is the only player. She comes incredibly close to killing him before others are able to intervene.

Because of Tokyo’s outburst Berlin kicks Tokyo out of the Royal Mint, handing her to the police. She’s locked away, and The Professor does, after some days, enact a plan to break her out of prison. However, when it comes time for Tokyo to call him for next steps he doesn’t answer. So Tokyo drives a motorcycle straight into the mint. 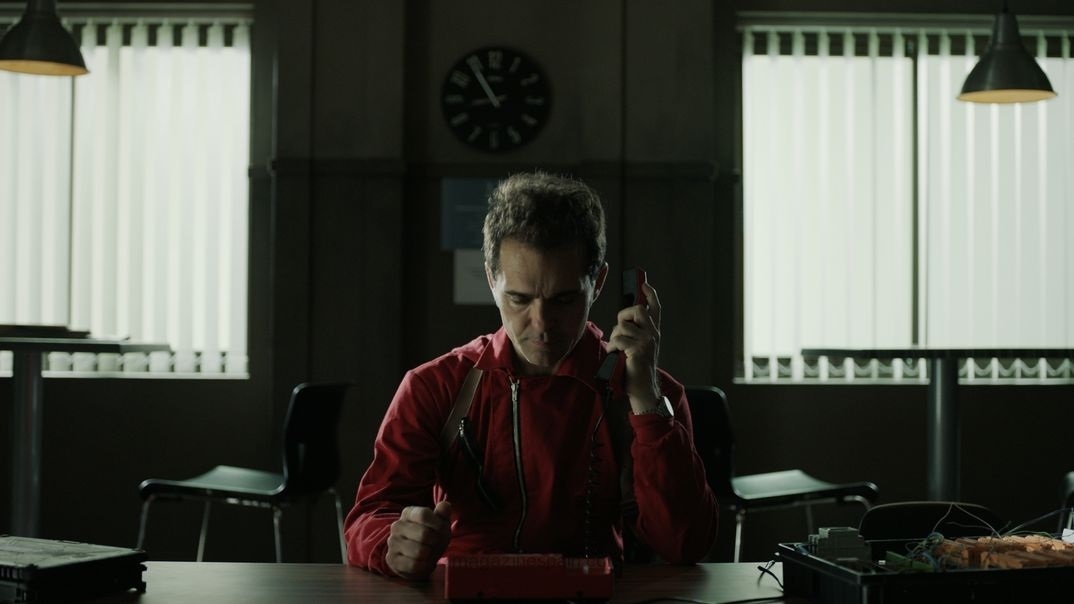 This action is what gets Moscow killed. He lays cover fire for Tokyo as she enters the Royal Mint on a bike, but Moscow takes a bullet to the chest as he does so. He hangs on for a long time and looks as if he may make it out, but ultimately dies before anyone can get him help.

It’s in part two of season one where the inspector finds out The Professor is Sergio. She arrests him but then ties him and interrogates him in person rather than filing a report and taking him to a police station. In the end the gang makes it out of the mint and Sergio meets up with the inspector in the Philippines a year later. 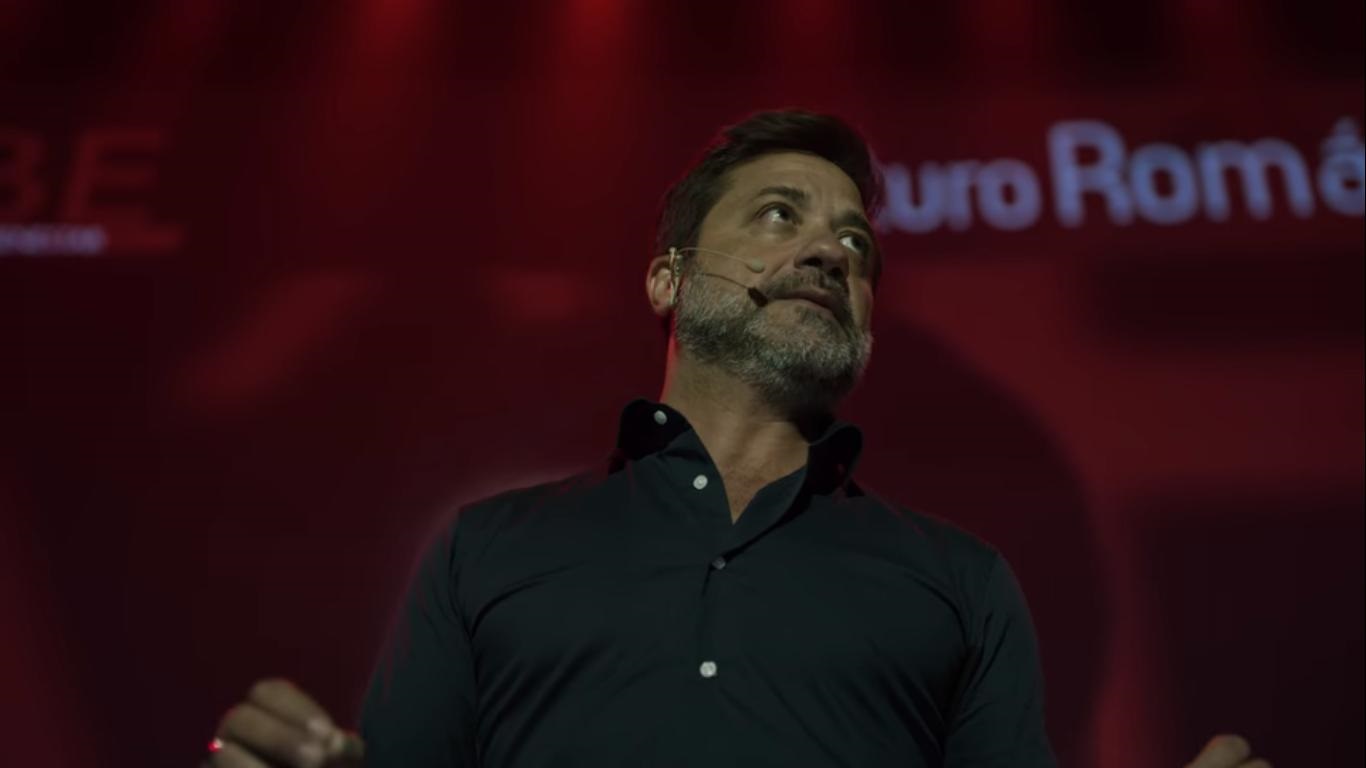 Season two of Money Heist opens with Arturo talking to a crowd of people about inspiration and a book he appears to have written about his experiences as a hostage in the Royal Mint. We then see how Tokyo and Rio have been living the island life in the Caribbean for over two years.

Tokyo, however, decides she needs to see the world and travels on her own. When she contacts Rio via a satellite phone authorities are able to pinpoint their locations – Tokyo escapes, but Rio isn’t so lucky. He’s then tortured. Tokyo contacts the professor for help who orchestrates a new heist to save Rio.

It doesn’t take long before Arturo literally runs into the new heist in order to become a hostage all over again, honestly everyone thinks Monica (who is now a member of the crew and goes by Stockholm) has Stockholm syndrome, but what about Arturito? He almost literally runs back into the arms of his captors. 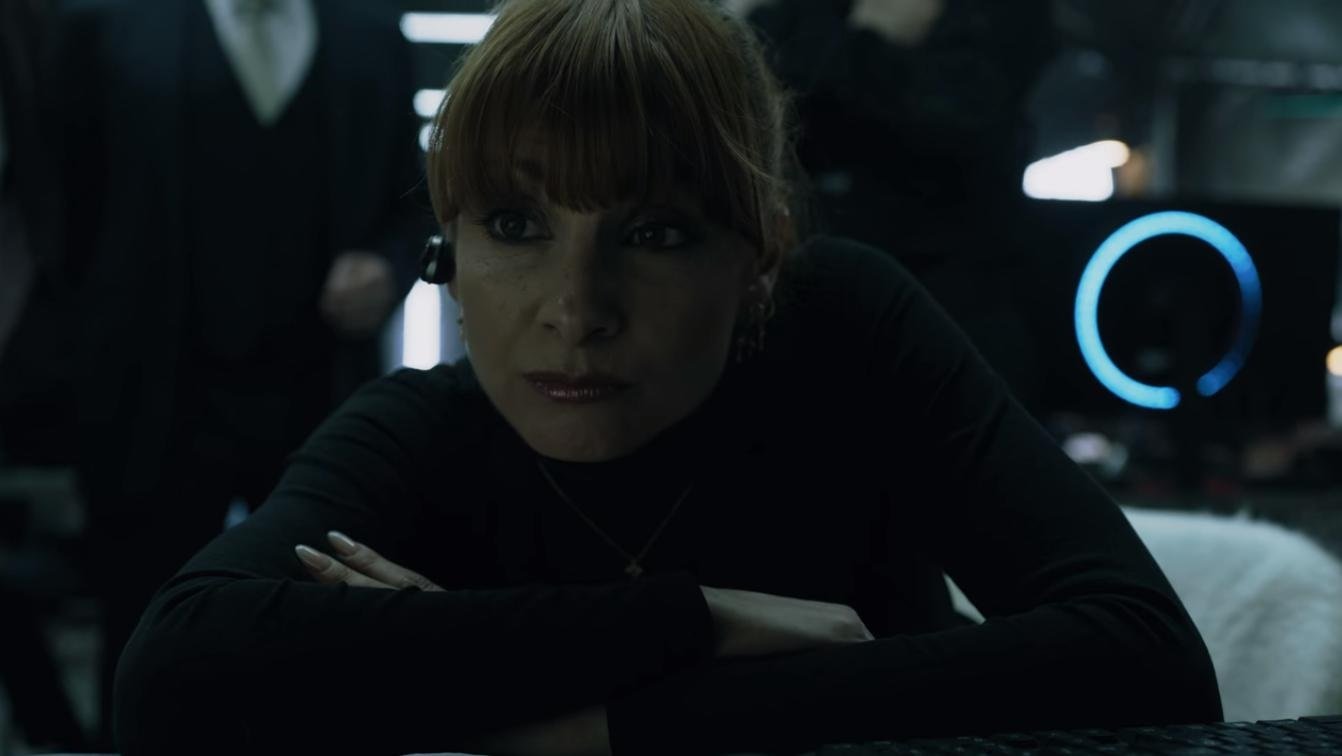 Alicia Sierra is also introduced in this seasons and quickly proves she will do anything to take down the gang. At one point The Professor and Lisbon (previously the inspector) are forced to go on the run. Lisbon is caught and the police fake her death. Later The Professor finds out she’s alive, but he mourns her for some time first.

In a negotiation the gang is able to convince the police to give them Rio and he enters the bank freely, and is moved by the massive amount of civilians supporting him and the crew.

The last episode of part three shows Nairobi getting shot in the shoulder by a police sniper. 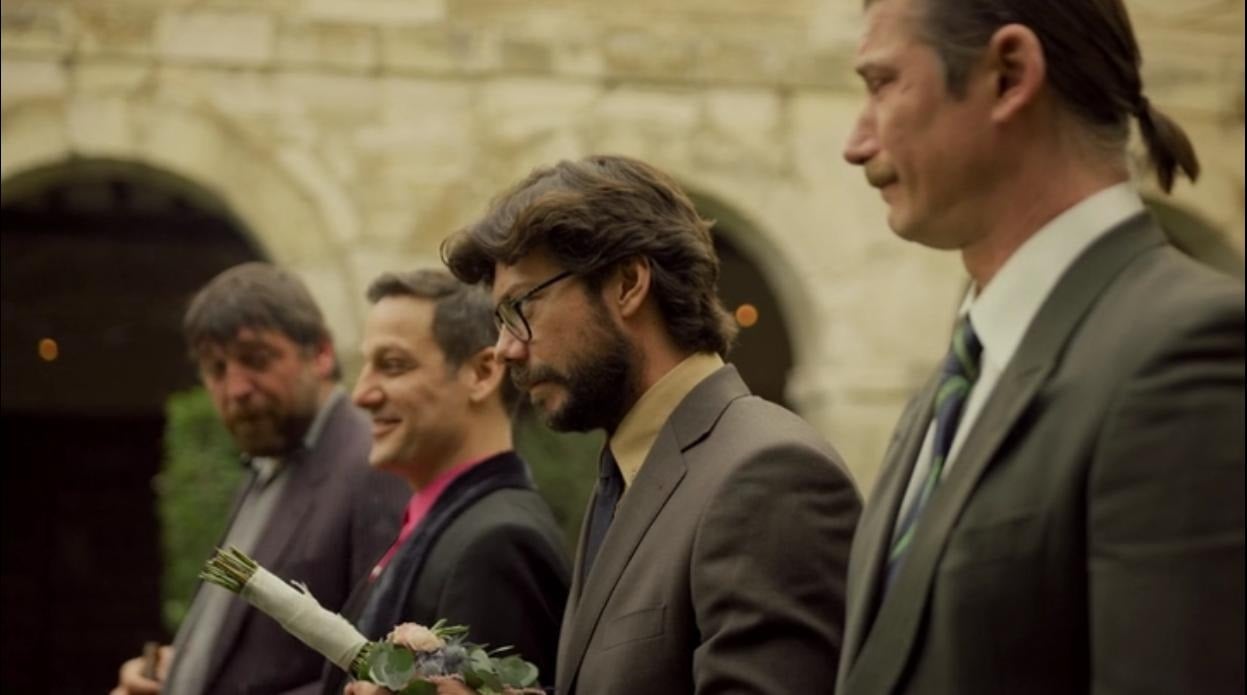 Palermo’s pride is hurt when nobody wants to listen to him during Nairobi’s surgery. Tokyo ends up being in charge of saving Nairobi’s life and does it successfully. Palermo is about to leave the bank because of the coup and so the gang is forced to tie him up with the hostages.

On the outside The Professor and Marseille force an officer to work for them – the officer gives them inside intel and also relays messages to Lisbon. By the end of the season people The Professor hired are able to rescue Lisbon from police custody and she enters the bank in a military helicopter. The police also fire Alicia Sierra to save their own hides and she goes off to find The Professor herself. The end of the last episode shows her pointing a gun at The Professor’s head. 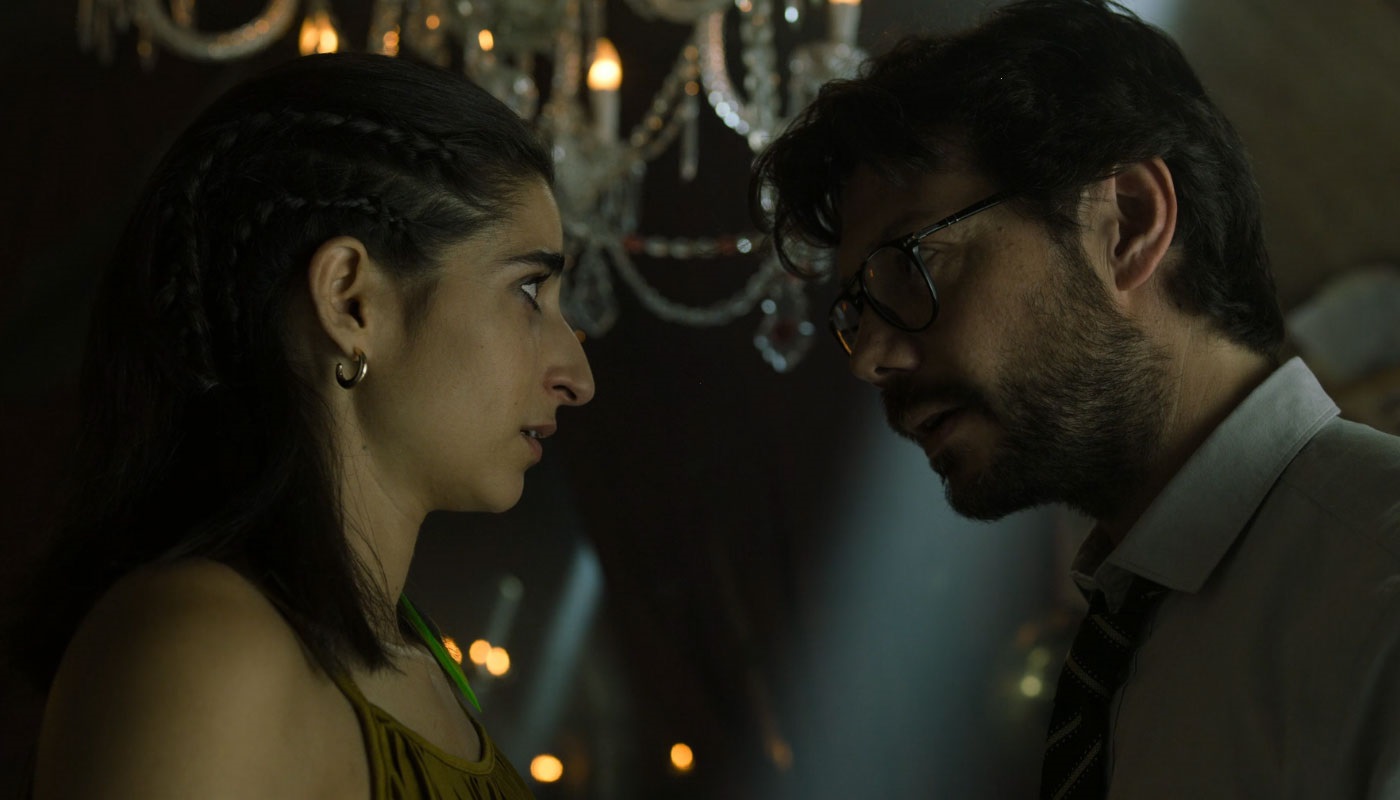 Palermo, on the other hand, causes chaos when he tells the bank’s head of security, Gandía, how to escape from a pair of handcuffs. Gandía then begins to terrorize the gang while they try to keep the hostages in check, and also melt down the gold reserve into beads.

Gandía captures Tokyo and holds her in a security bunker, but later gets ahold of the still recovering Nairobi who he uses as a shield, torments, and eventually kills.

It’s also revealed that Arturo is even more of a scumbag than everyone thinks because he drugs and rapes one of his fellow hostages. 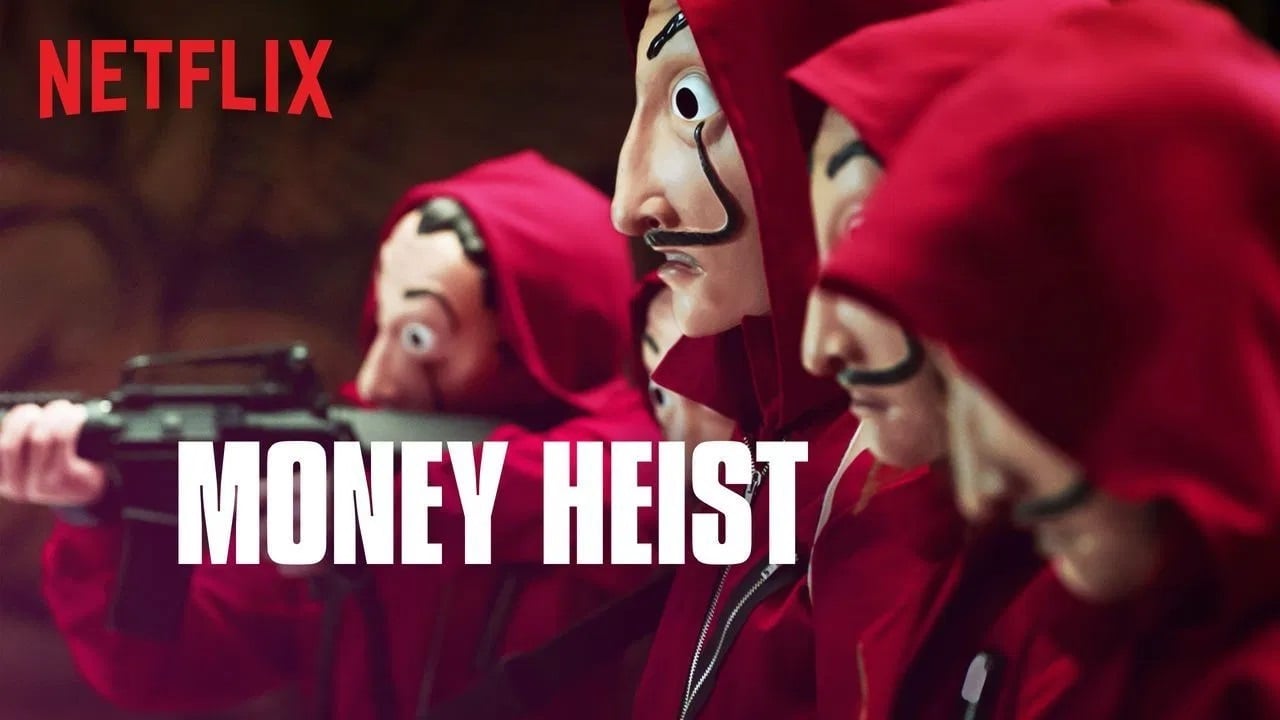 Well, we don’t know what’s next, though we have done many Money Heist articles speculating on what will happen. What we do know is this: the gang still needs to finish melting the gold before they can escape the bank, Arturo needs to be sent to jail for his crime, and Gandía needs to pay for what he did to Nairobi.