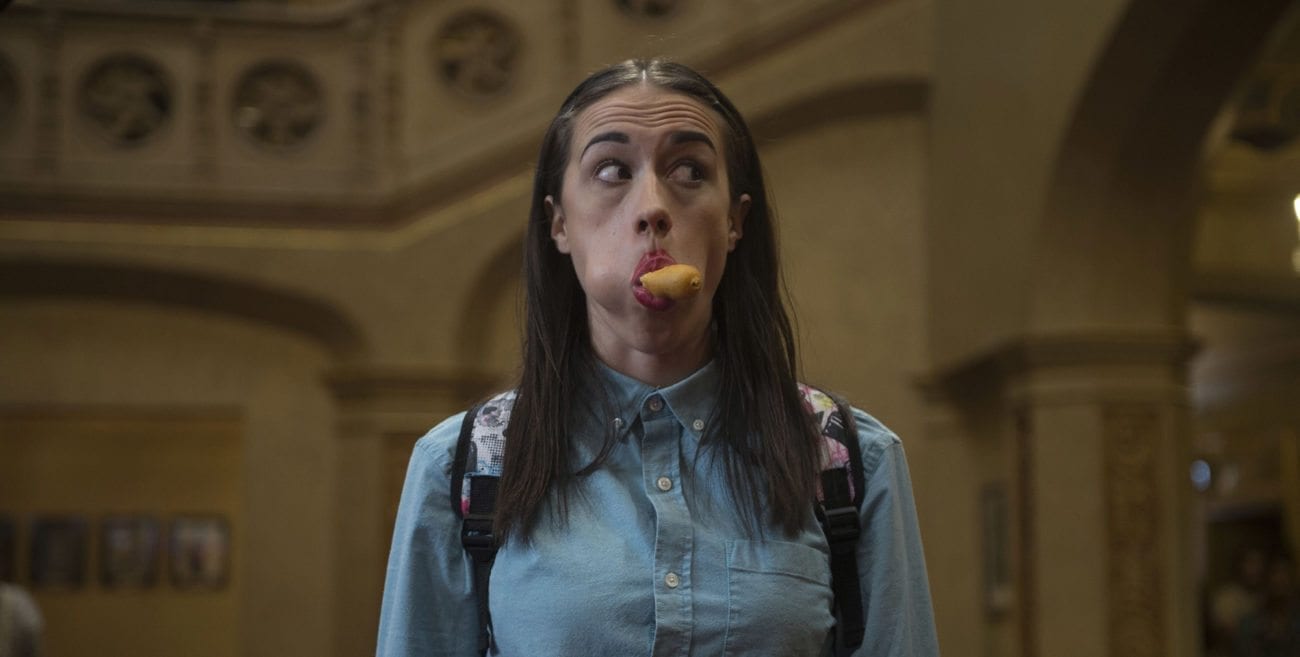 It’s disheartening to report, but the past year has seen an overabundance of cancellations. Perhaps the networks are in cahoots? It’s almost if they agreed to a television-wide cull of sorts.

In the middle of it all, we’ve lost some incredible titles and a handful which were beginning to pick up some serious traction. We’d recommend having a handful of tissues at the ready before you read on – you’ll need them to wipe away those salty tears. Here are ten incredible shows that were told to wrap it up long before their time:

This series from Jill Soloway, a follow up to her Golden Globe-winning drama Transparent, seemed like a sure-fire hit on paper and on-screen. It even starred Kevin Bacon for Dick’s sake! However, the show might have been a little too niche for Amazon Studios, who told Deadline that its cancellation was part of a “move towards bigger, wider-audience series.”

Joining I Love Dick in Amazon’s cull of 2018 was this semi-autobiographical comedy series from Tig Notaro. One Mississippi premiered to tremendous acclaim during both its first and second season, leaving fans and critics alike somewhat displeased with its subsequent cancellation.

Starring the immensely talented Julie Klausner and Billy Eichner, this irreverent comedy series was caustic, political, and unabashedly queer. After three hilarious seasons on Hulu, the streaming platform announced it’d be pulling the show. Just what are we supposed to enjoy our snack blankets with now?

The first season of Baz Luhrmann’s ambitious two-part musical series was well-received, even if it wasn’t one of Netflix‘s most buzz-worthy shows. However, amid behind-the-scenes issues, the series will not be returning. As Variety reported, the show had a rough production process, resulting in so many delays that its writing team began calling it “The Shut Down”. And to think, it only cost $120 million to produce.

Colleen Ballinge’s oddball comedy enjoyed two seasons before Netflix opted out of renewing it for a third. According to Deadline, it’s thought that the first season got off to a solid start, while the second failed to maintain a streaming audience.

This 80s-set period drama lasted for four phenomenal seasons at AMC before the network pulled the plug on the show, charting the race to build a computer that will revolutionize the world. In an article bidding farewell to the series, The Guardian called it “the best show that nobody watched.” For those of us who did watch it, however, we understand what a loss to TV this was.

Maria Bamford’s unique comedy managed to approach mental health issues in an accessible and dryly humorous manner. During the two seasons that it was on the air, Lady Dynamite proved itself to be goofy, human, and full of some of the most remarkable fantasy sequences on the small screen. Sadly, Netflix decided to opt out of a third at the start of 2018.

This dysfunctional romantic-drama from Judd Apatow (Knocked Up), Paul Rust (Bob’s Burgers), and Lesley Arfin (Girls) is due to stream its third and final season in March following Netflix’s scrapping of the series back in December. When commenting on the cancellation, Netflix’s vice president of original series Cindy Holland said: “Over three seasons, viewers around the world have laughed, cringed, and cried with Mickey and Gus, and we are excited to share this concluding journey with their fans”.

Justin Theroux’s critically-acclaimed series came to a natural conclusion after three momentous seasons, but fans were still holding out hope it’d return for a fourth – it won’t be. However, that won’t stop fans who loved it from continuing to appreciate it as “one of the best TV shows ever made.”

Outraged by Netflix’s decision not to renew Sense8 for a third season, fans of this sci-fi series banded together to ensure its return. It didn’t happen, but the series, from the Wachowski siblings, will be returning – even if it isn’t how fans had hoped. A standalone movie will aim to tie up all the loose ends from the second season. It’s not quite the same as a full-on third season order though, and it’s still going to deliver a certain and devastating end to a much-beloved show.