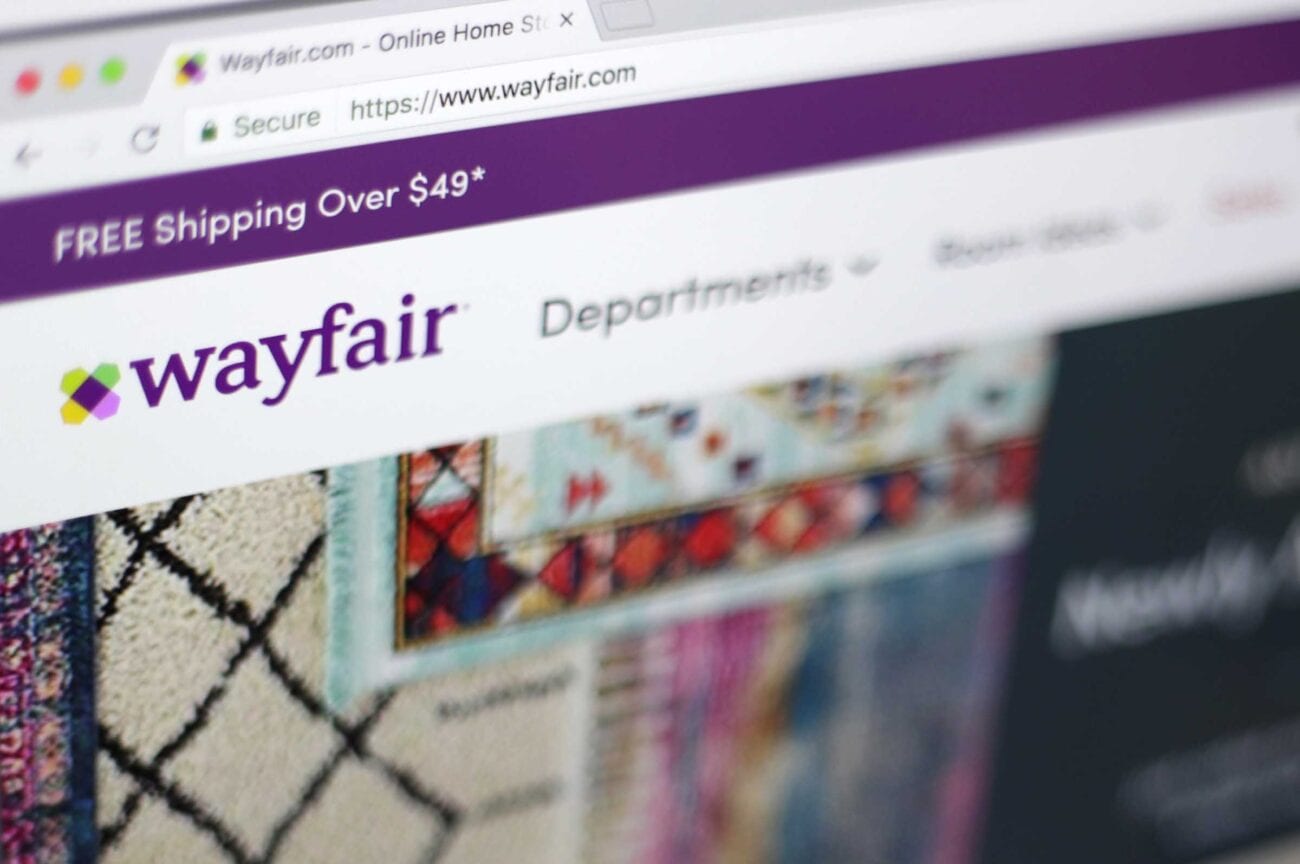 The strange price of Wayfair’s stock: Is it evidence of human trafficking?

Social media has been plagued with conspiracy theories about online retailer Wayfair. It all started when someone noticed how prices for some products were suspiciously high and posted an anonymous question in a forum asking if Wayfair could be involved in human trafficking.

This sparked the theory that these high prices weren’t due to the supposed products themselves, but the fact that vendors were actually listing & selling kidnapped child sex slaves. Some people even Googled the products’ names and matched them to missing minors with the same names as the items.

Wayfair has denied all these accusations; some of the suspiciously pricey items have been deleted ever since the theory emerged. However, Wayfair’s business contains many peculiarities that raise alarm bells for some. 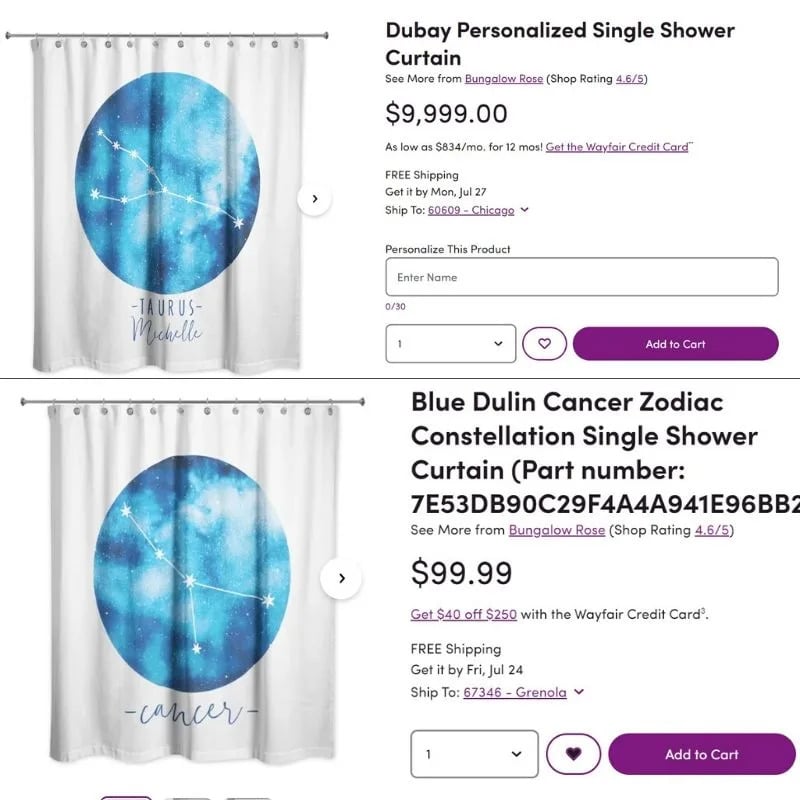 One of the main reasons why Wayfair was accused of human trafficking were some suspiciously high prices. For instance, Wayfair listed shower curtains with zodiac signs for $99.99 and personalized versions of the same curtains for $9,999 – printed with names that fueled human-trafficking theories.

Some explanations for the high prices have been offered, but their veracity hasn’t been confirmed, such as flawed algorithms. While some of the products bought online are sold by individuals, bigger stores rely on algorithms to price their items. Because of the algorithms used, computers can outbid each other until they reach unusually high prices.

A second explanation is that whoever was managing Wayfair listings might have increased the price of Wayfair’s out-of-stock products, instead of deleting them. Thus, although a product might not be for sale anymore, it might still appear searched for specifically. 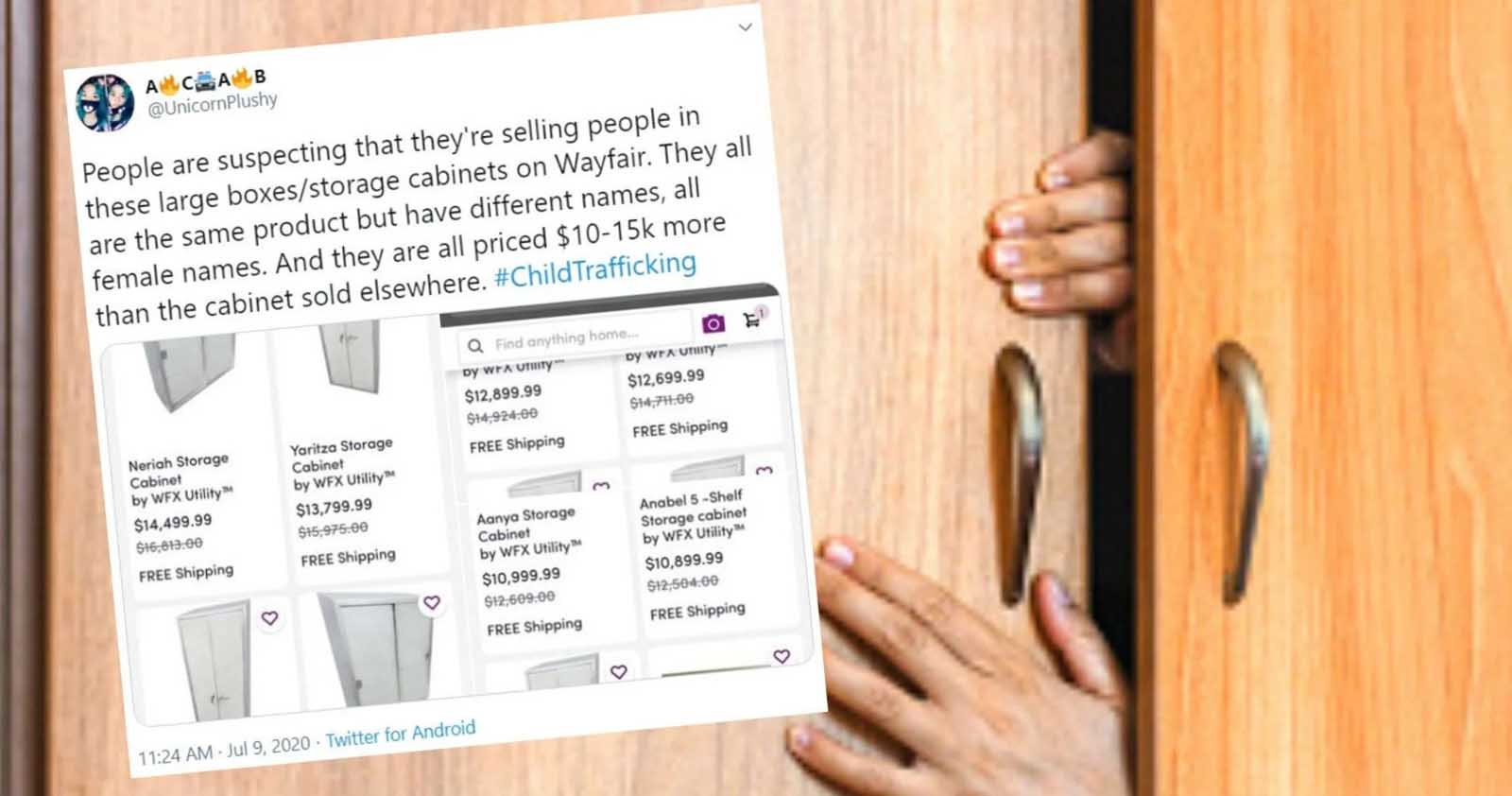 Even if we bite the bullet and accept some explanation for the high prices, there’s still more to explain. For instance, why are there lamps that cost twice as much in Wayfair than they do in other sites, even though they’re the exact same product?

Wayfair doesn’t make its own merchandise. Instead, Wayfair works as a distributor and offers products of the many suppliers associated with the company. Sometimes brands use the same suppliers, so it’s possible to find an identical bed at Sears and at Walmart. Companies are free to price their products using different methods, which would explain why a product costs more at Wayfair than they do at other retailers.

There’s still another problem to address: Wayfair offers the same cabinet for different prices under different names. These cabinets caught everyone’s attention for allegedly being named after missing children. 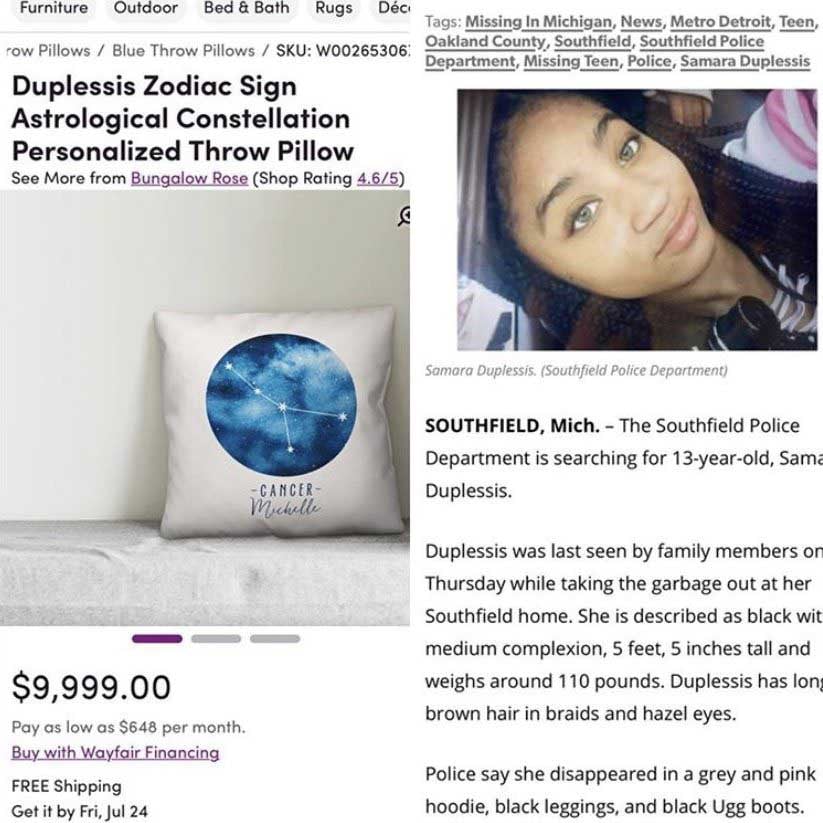 The cabinets were listed under names such as Yaritza, Samiyah, and Kylah. This happened with other products, too – like a pillow being sold for $9,999 under the name “Duplessis”. All of the names allegedly correspond to the name of a missing child, but the only open register in missingkids.org is the one of Yaritza Castro, who remains missing.

Even though there’s no information that clearly points towards a correlation between the product names and the names of missing children, onlookers are still skeptical. Given how many of the names in question are quite rare, online sleuths point out the tiny odds that products happen to have the same name as a child that went missing at some point. 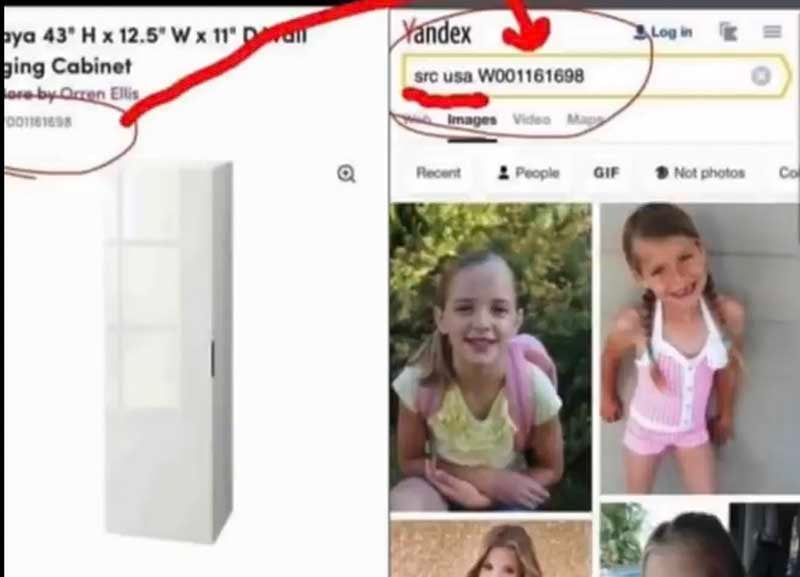 Another important facet of the conspiracy theory is Wayfair SKU codes being used as code numbers for children being sold as sex slaves. According to this theory, typing “SRC USA” plus the SKU code number of a product in the Russian search engine Yandex results in numerous photos of children.

The codes result in various children – apparently not tied to a particular individual. Other people have claimed that Yandex search results show similar images regardless of the code used. Just by typing “SRC USA”, pictures of children will appear. 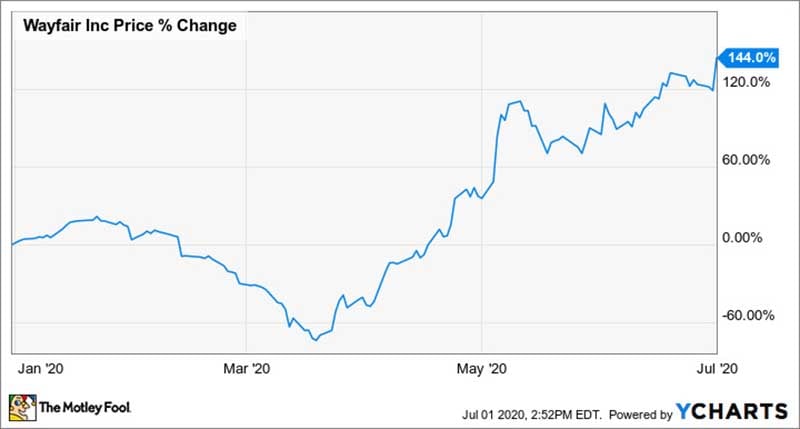 Although the human-trafficking conspiracy resulted in bad press for Wayfair, the company’s stock price is nevertheless expected to continue rising. The most common explanation is that ever since the lockdown started, Wayfair’s sales have increased – good news for investors.

Even if Wayfair’s doing well with sales, its big success in the stock market is suspicious. There’s a lot of competition from similar retailers, and Wayfair doesn’t seem as popular as Amazon to be increasing their revenue so rapidly.

More importantly, Wayfair is actually yet to turn a profit and prove they’re worth investing in. In the last five years, Wayfair has lost $985 million, nor does the company predict positive net any time soon. Even if Wayfair’s sales are increasing, it looks like a risky bet for investors – which makes it hard to explain Wayfair’s surging stock price.