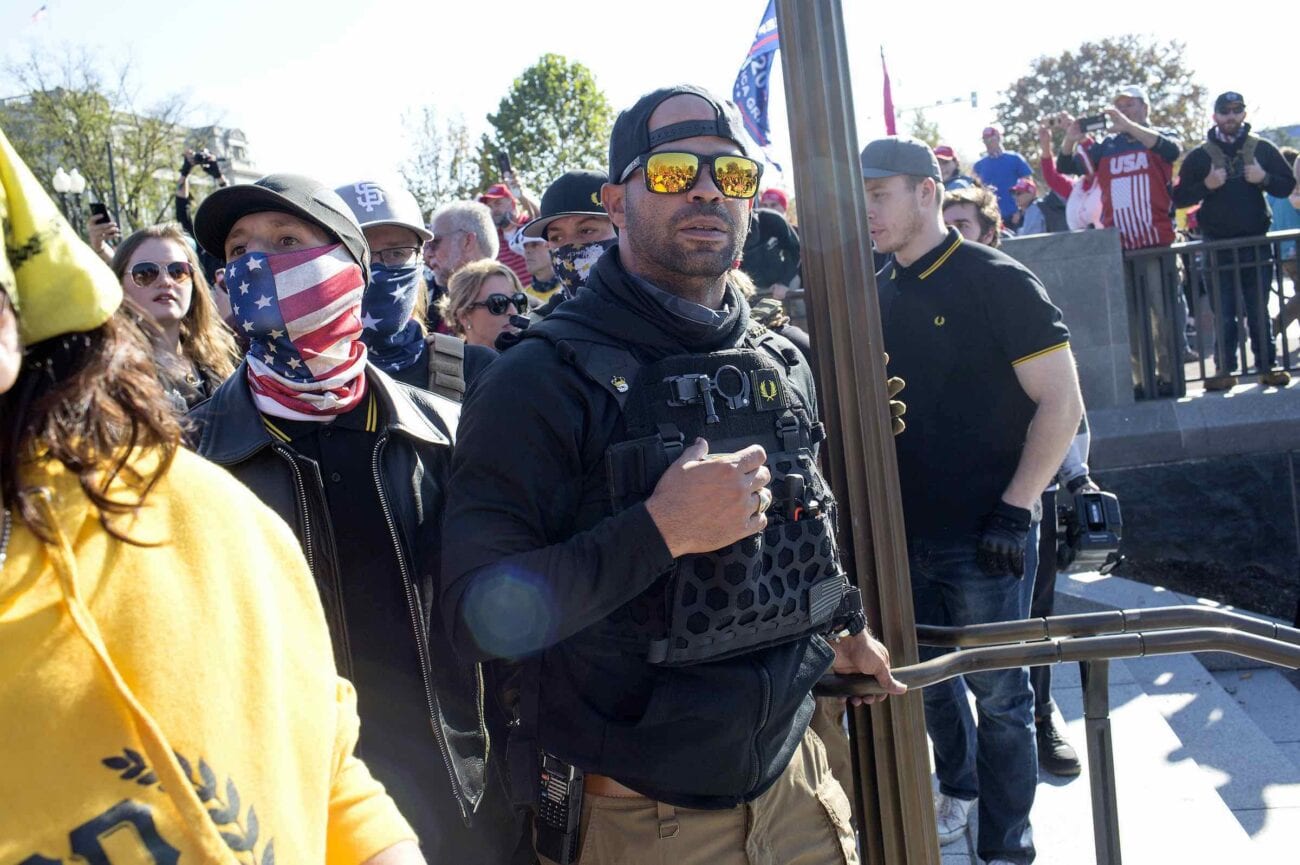 Why was a Proud Boys leader arrested in D.C.? The charges against him

The Proud Boys chairman, Enrique Tarrio, was arrested on Monday in Washington, D.C. Tarrio is from Miami but flew to the capital to attend protests about President Donald Trump’s loss of the election. In addition to working with the Proud Boys, Tarrio is also chief of staff for the group Latinos for Trump.

The Metropolitan Police Department released a statement explaining Tarrio was arrested & charged with destruction of property because Tarrio set fire to a Black Lives Matter banner last month. The banner was taken from Asbury United Methodist Church, a historic black church in D.C. He was accused of tearing it down and burning it after a pro-Trump rally.

The thirty-six-year-old was arrested while possessing two high-capacity firearm magazines, so he was also charged with “possession of a high capacity feeding device”. The magazines led to Tarrio facing two felony weapons charges. 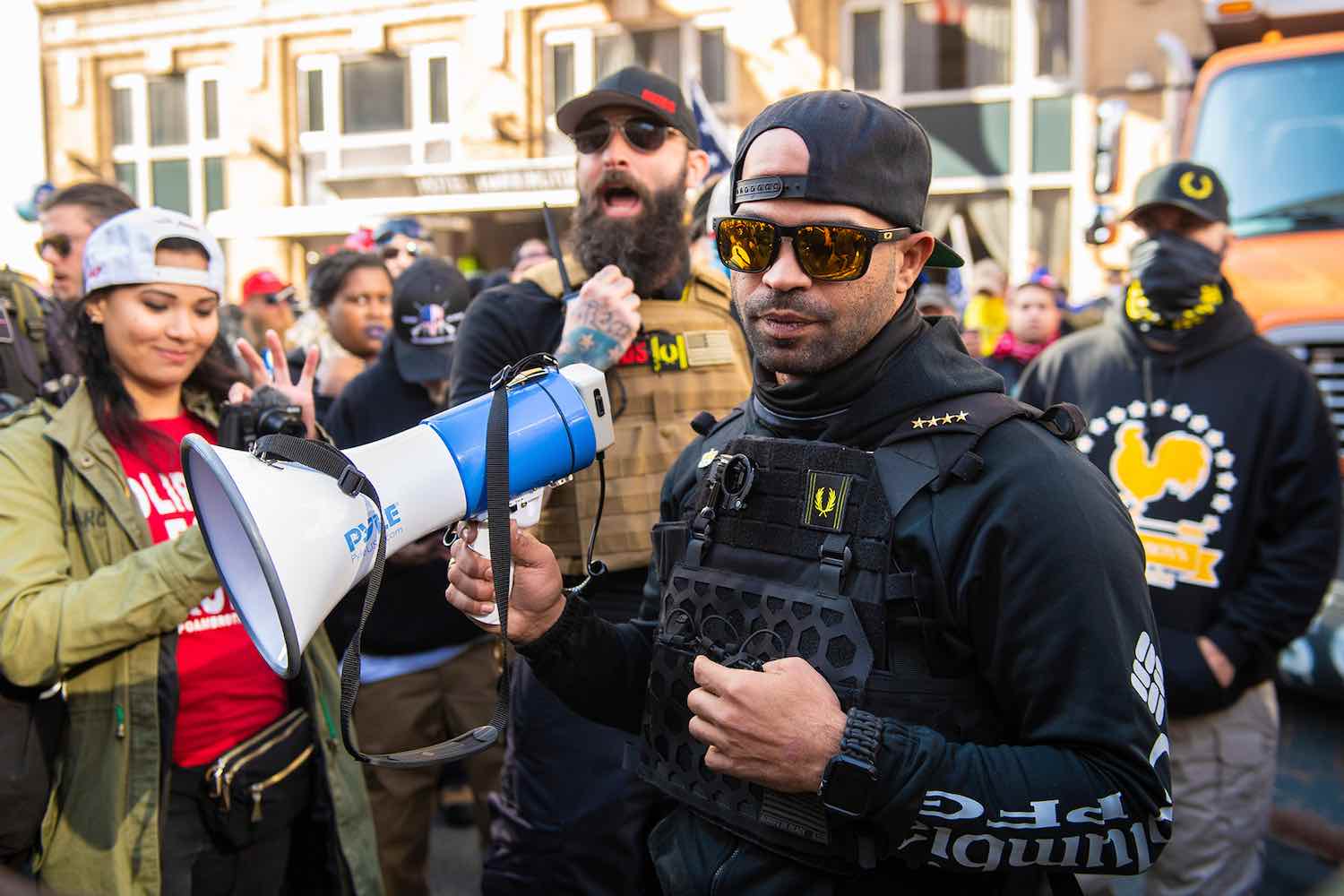 Tarrio’s reactions to his arrest

Right before his arrest, the Proud Boys chairman was talking to a reporter from USA Today. The reporter, Will Carless, tweeted that the call with Tarrio suddenly had sirens in the background.

“They’re for me,” Tarrio joked on the phone, according to the reporter. Then Tarrio reportedly asked the driver of the car he was a passenger in to pull over. “Here’s something to write about,” Tarrio said. He then hung up the call.

On the same day he was arrested, Tarrio also got sued by the Lawyers’ Committee for Civil Rights Under Law because of his role in the banner incident. 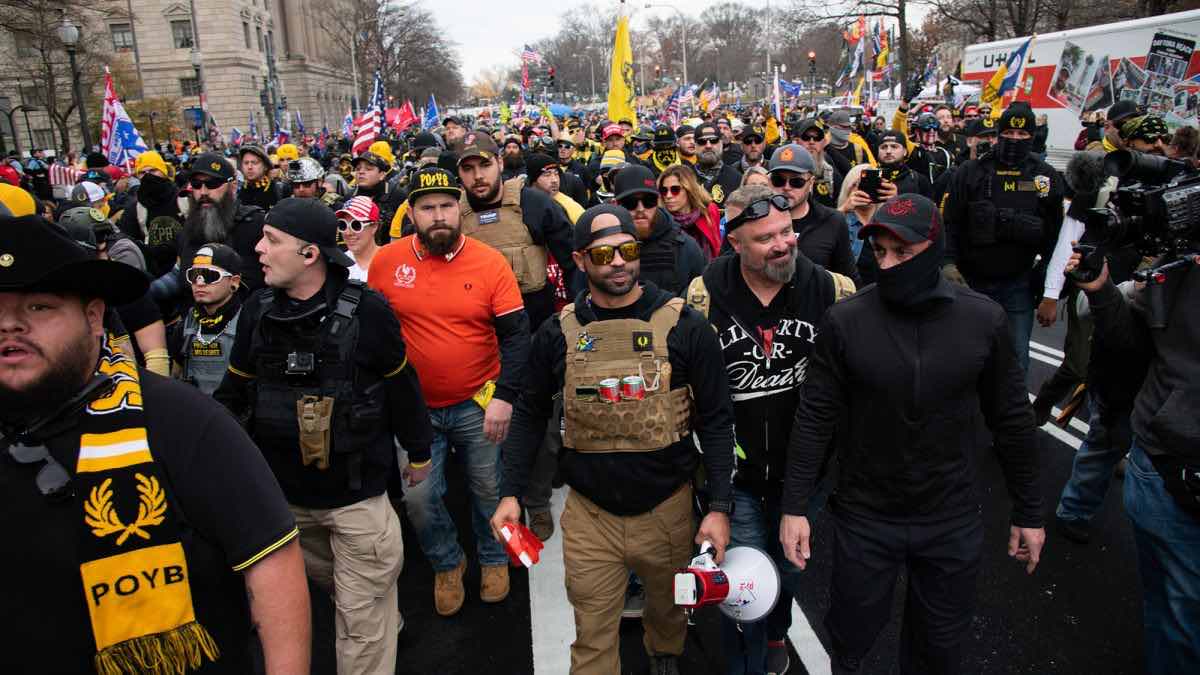 On December 30th, D.C. police obtained an arrest warrant for Tarrio and said they were looking for him. A video of Tarrio setting the church’s Black Lives Matter banner on fire was posted to YouTube, according to the police report. The report also said Tarrio admitted to the crime on the right-wing site Parler. “I am here today to admit that I am the person responsible for the burning of this sign,” he posted.

The magazines Tarrio had possession of and was additionally charged for were decorated with insignia of the Proud Boys. These included a laurel wreath & a rooster. The magazines were unloaded and had a capacity of thirty rounds each. They can be used in AR-15 or M4-style weapons. The police report said Tarrio sold clips and the ones he had with him were bought by a customer.

“I had a customer that bought those two mags, and they got returned ‘cause it was a wrong address,” Tarrio said, according to court documents. “And I contacted him, and he’s like, ‘I’m going to be in DC,’ so I’m like, ‘Okay, I’ll take ‘em to you.’ So that I can show you proof.” 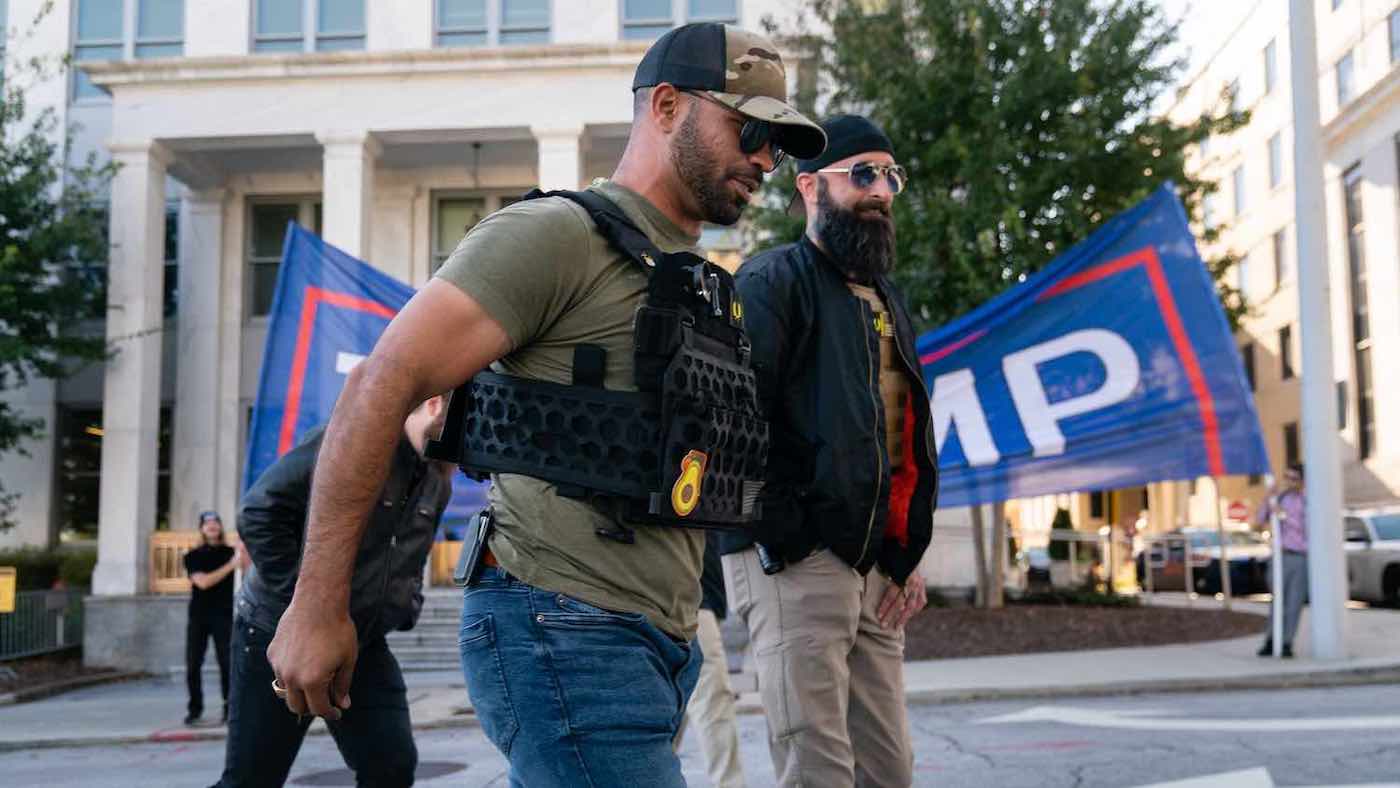 Banned from the capital

Tarrio was released from jail but is now banned from entering Washington D.C. A judge ordered the Proud Boys leader to stay away from the capital until his next court appearance in June.

Tarrio pleaded not guilty to all the charges. According to the Associated Press, his attorney asked the judge to only ban him from Black Lives Matter Plaza and surrounding areas instead of the District. However, D.C. Superior Court Magistrate Judge Renee Raymond cited Tarrio’s statements on social media.

“There are ‘Black Lives Matter’ banners, posters, placards, signs in front of people’s homes and the like throughout Washington, D.C.,” said the judge. “So, I’m denying your request.” 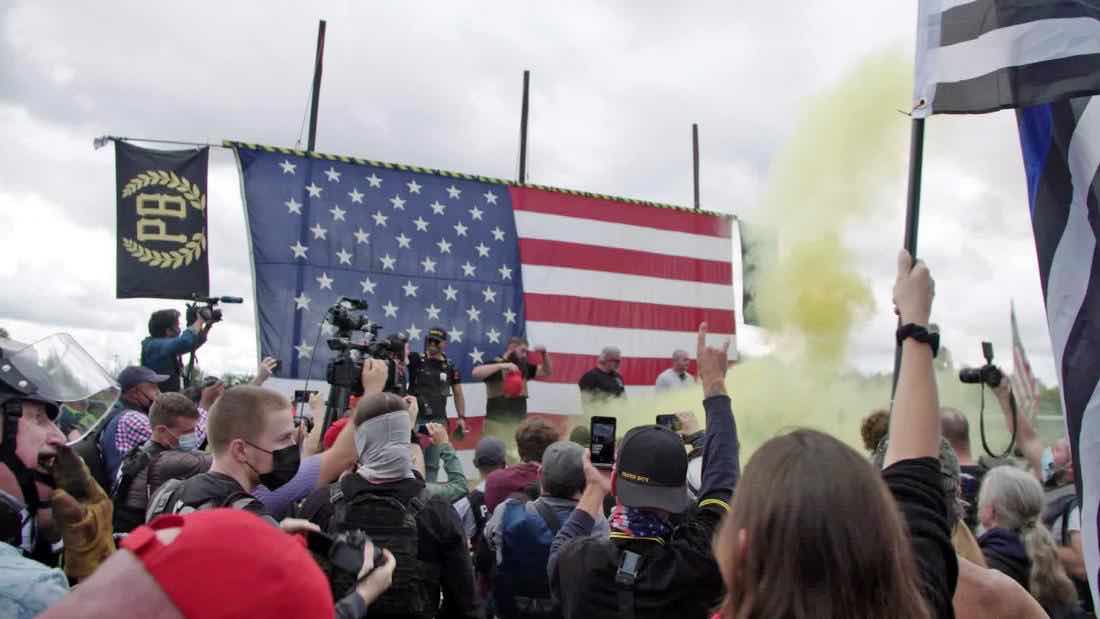 Tarrio was arrested not long before far-right protests are expected to occur in D.C. Tarrio has posted on social media about how the Proud Boys will make a presence at the protests on Wednesday. “The Proud Boys will turn out in record numbers on Jan 6th but this time with a twist,” he posted.