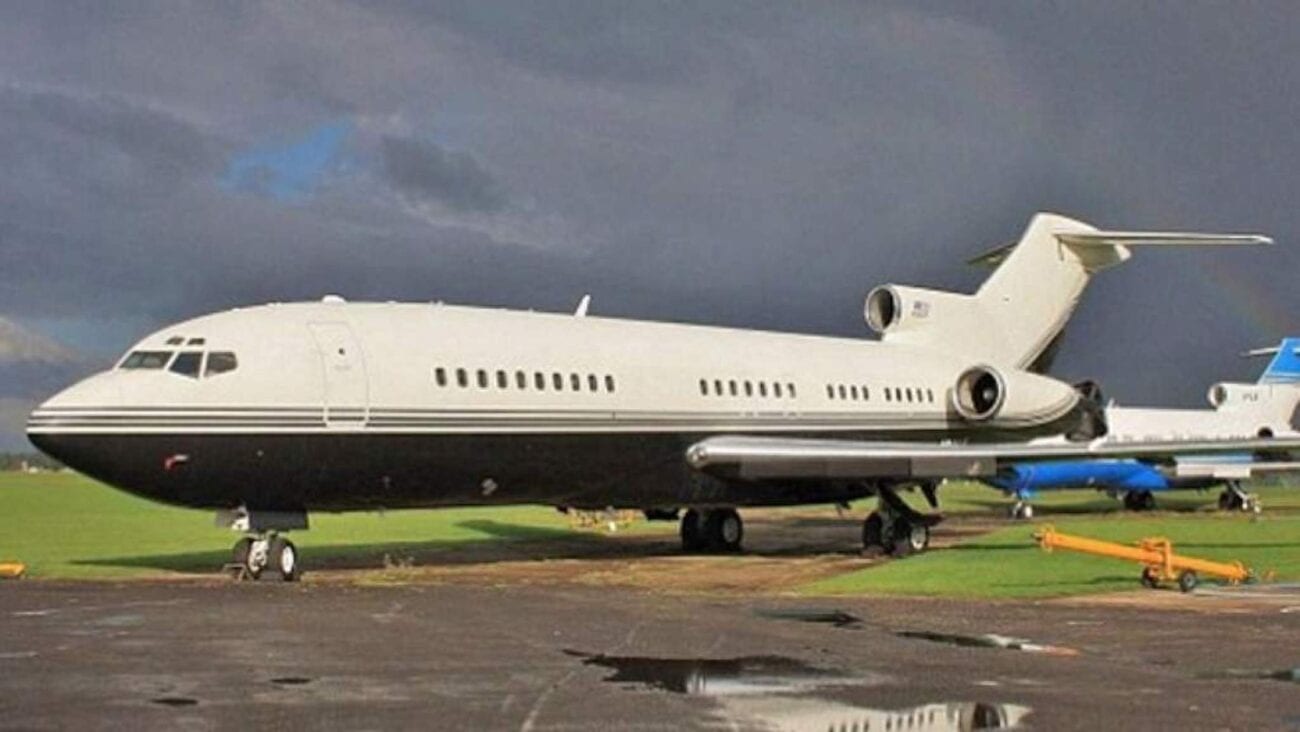 False claims about people who flew on Epstein’s jet abound, but the extant flight logs are rife with interesting entries. Lolita Express was the nickname for the jet used to fly to Little St. James, Epstein’s private island in which many victims report being abused.

We’ve gathered the pilots’ information who flew the Lolita Express and a list of public figures who appear in their logs. While appearing in flight logs guarantees a person boarded the Lolita Express, it doesn’t mean they took part in any reported sexual abuse but it makes us wonder how much they knew about Epstein’s crimes. 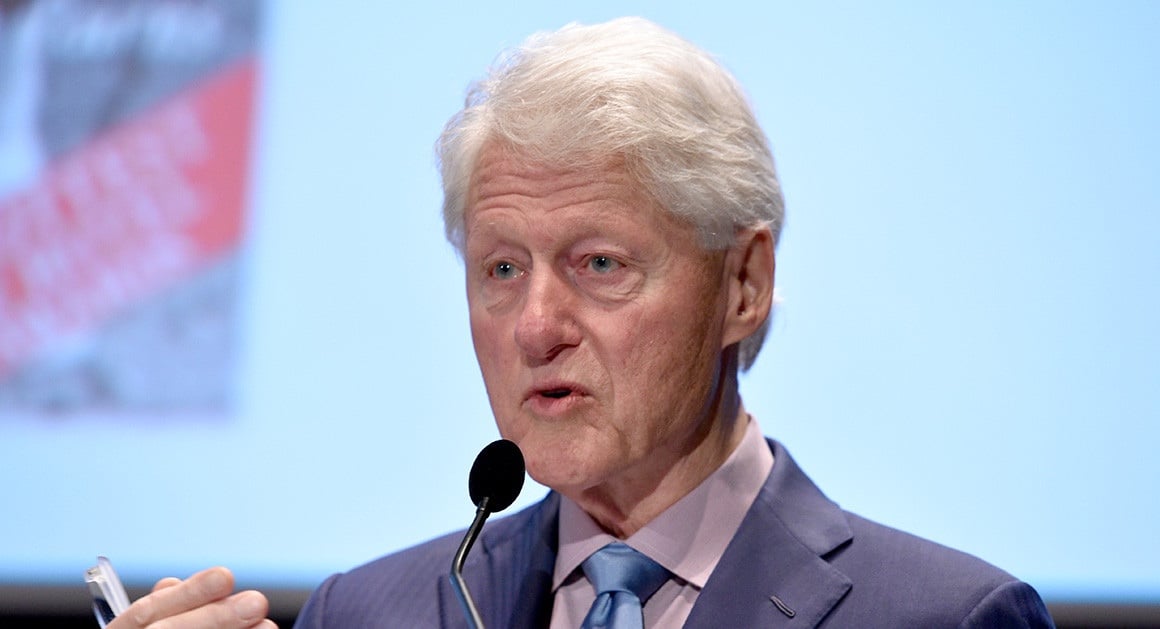 Virginia Giuffre, one of Epstein’s victims, claimed Bill Clinton visited Little St. James. This was further explored in the Jeffrey Epstein: Filthy Rich docuseries on Netflix. Moreover, photos of Clinton aboard the Lolita Express, together with the logs, make it hard to believe the former U.S. president wasn’t aware of Epstein’s crimes as he continues to claim. 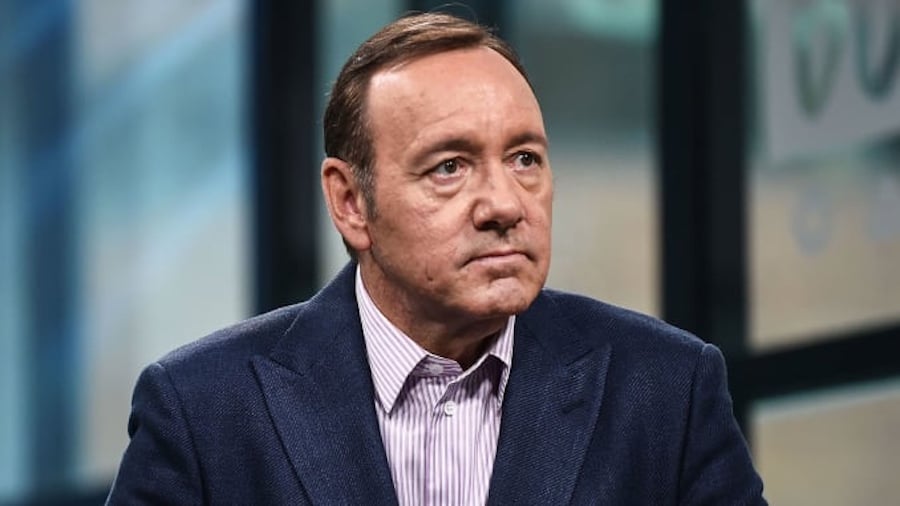 In 2002 actor & comedian Chris Tucker took a flight to Africa with Bill Clinton & Kevin Spacey. The trip was planned to tour HIV/AIDS project sites. It was confirmed that this trip wasn’t related to the pedophilic activity of Epstein by one of his victims who also travelled with them.

However, Kevin Spacey has recently been accused of sexual harassment & assault. After the accusations, Spacey published a couple of videos in his role of Frank Underwood from House of Cards. Spacey delivered a bizarre monologue that has been speculated to address his accusations. Aside from these videos, suspicious deaths have surrounded the case against Spacey. 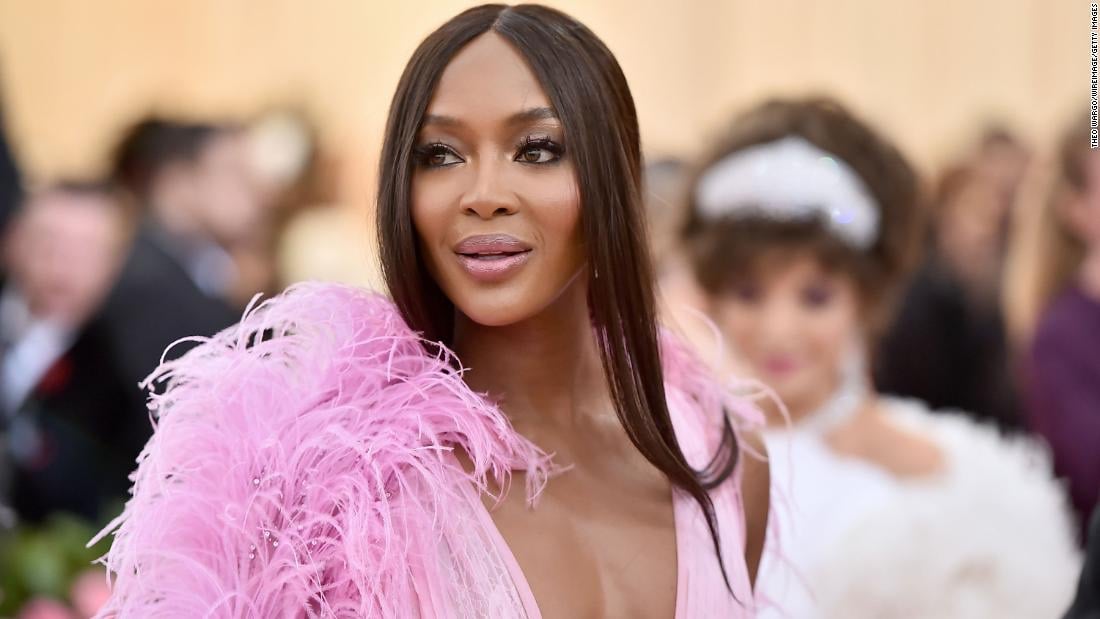 Supermodel Naomi Campbell appears in the Lolita Express log four times, but has stated she was unaware of Epstein’s crimes. She claims she was introduced to Epstein by her ex-boyfriend Flavio. 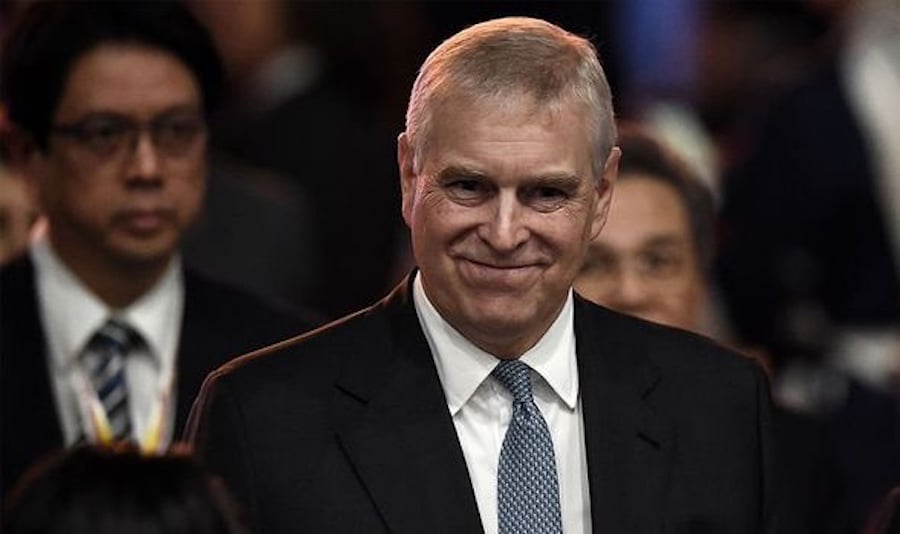 Prince Andrew said during a now-infamous BBC interview that he doesn’t recall meeting Virginia. However, a former employee of Epstein claims he saw Virginia topless in a pool at Little St. James with Prince Andrew. Although he said he doesn’t regret his relationship with Epstein, Prince Andrew has since been pushed to step down from public duties as a British royal. 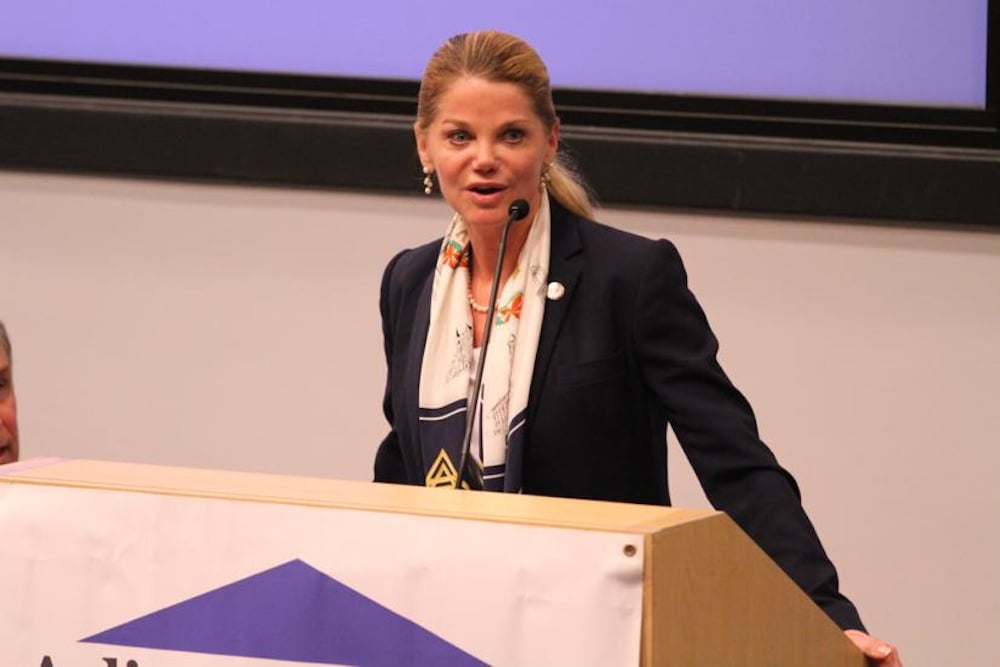 Gwendolyn Beck is an independent candidate that ran for the U.S. House of Representative for the eighth congressional district of Virginia back in 2014. She appears in the Lolita Express log a total of fifteen times from 1999 to 2001. Beck has also been pictured together with Epstein, Prince Andrew, and Melania Trump at a party in Mar-a-Lago.

Just like Prince Andrew, Beck denies knowing anything about Epstein’s crimes. She has confirmed she received a couple of massages at Epstein’s house, but not by underage girls. Gwendolyn Beck received over $12,000 for her campaign donated by Epstein who, at the time, had already pleaded guilty in court for procuring prostitution from an underage girl. 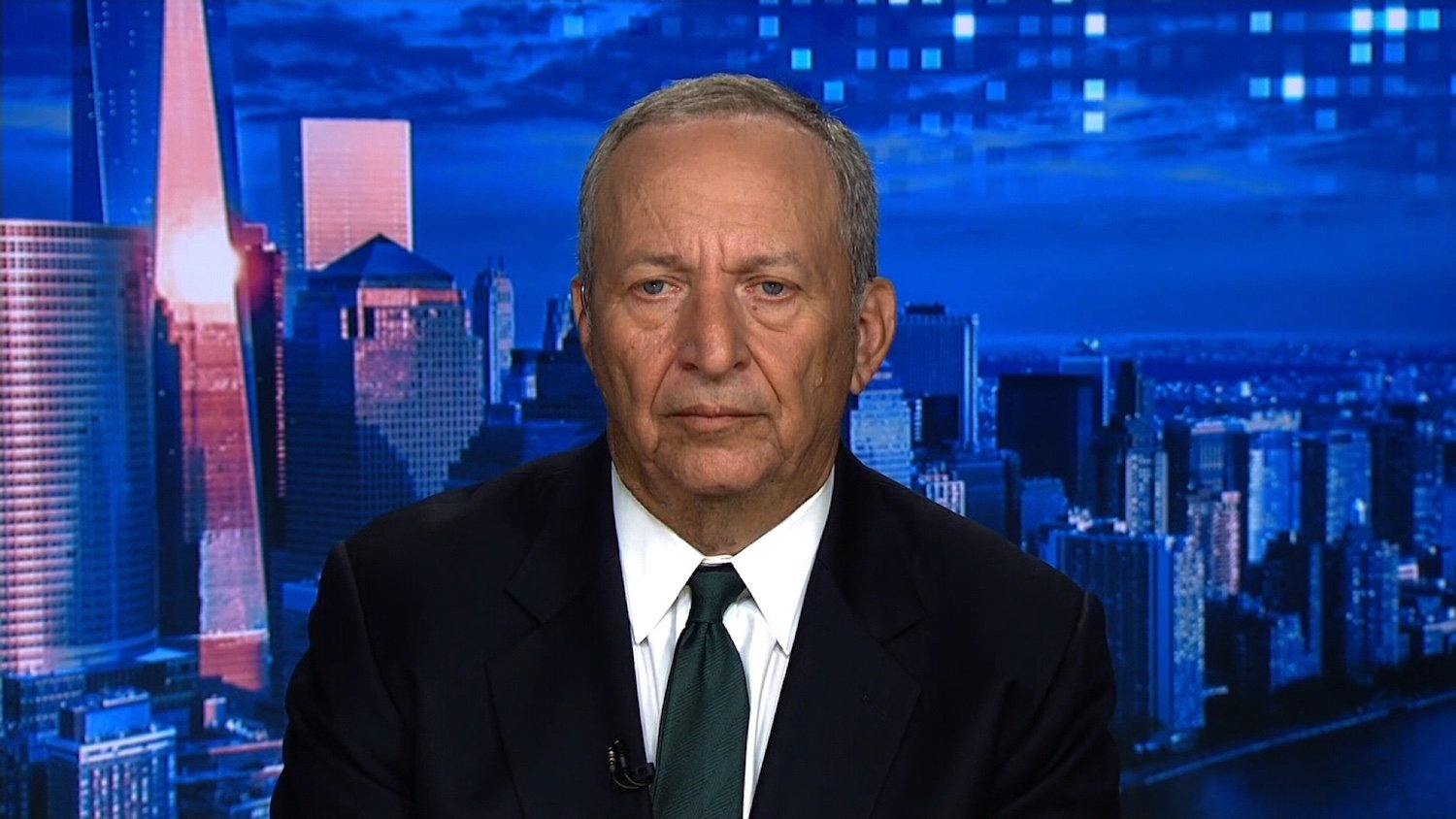 Lawrence Summers is an economist from Harvard, where he was also awarded President Emeritus. He was the Treasury Secretary during Clinton’s administration and the economic advisor of President Obama. Summers was also Chief Economist of the World Bank and a columnist for The Washington Post.

Larry Summers appears five times in the flight logs of the Lolita Express. Epstein donated to Harvard during Summers’s administration in exchange for an office for Epstein’s personal use. This is only one of many connections Epstein had with Harvard academics. 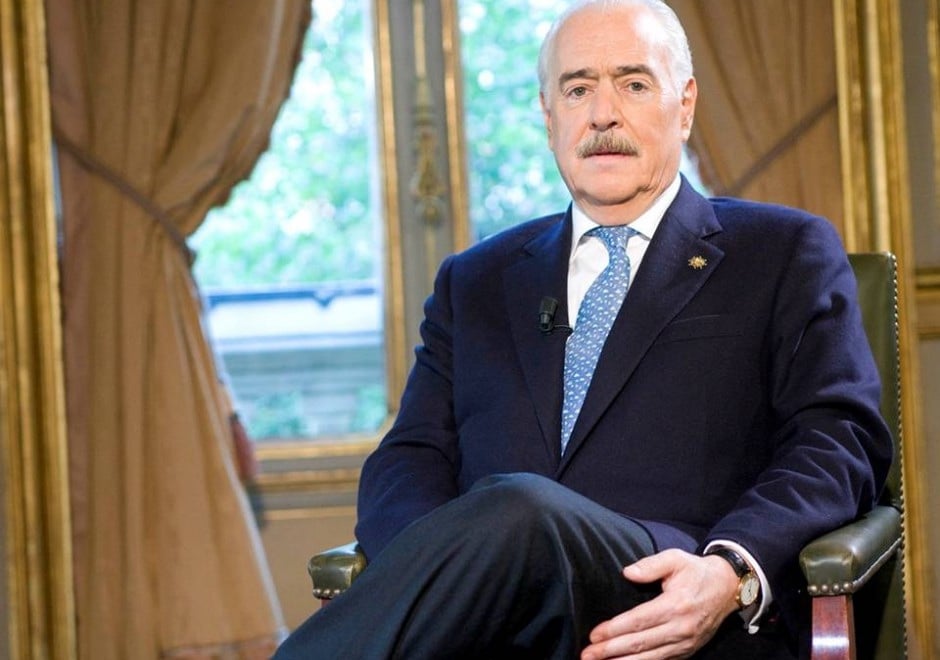 Former President of Colombia Andrés Pastrana is considered by some to be one of the worst presidents in the modern history of the country. The Lolita Express logs show Pastrana flew from Venezuela to Nassau, near where Epstein’s island is located.

Pastrana claims this was only a stopover on the way to the final destination in Havana, Cuba. He and Epstein allegedly received an invitation by President Fidel Castro; Pastrana claims he stayed in Cuba longer than Epstein. However, there’s no record of the Lolita Express ever flying to Cuba. 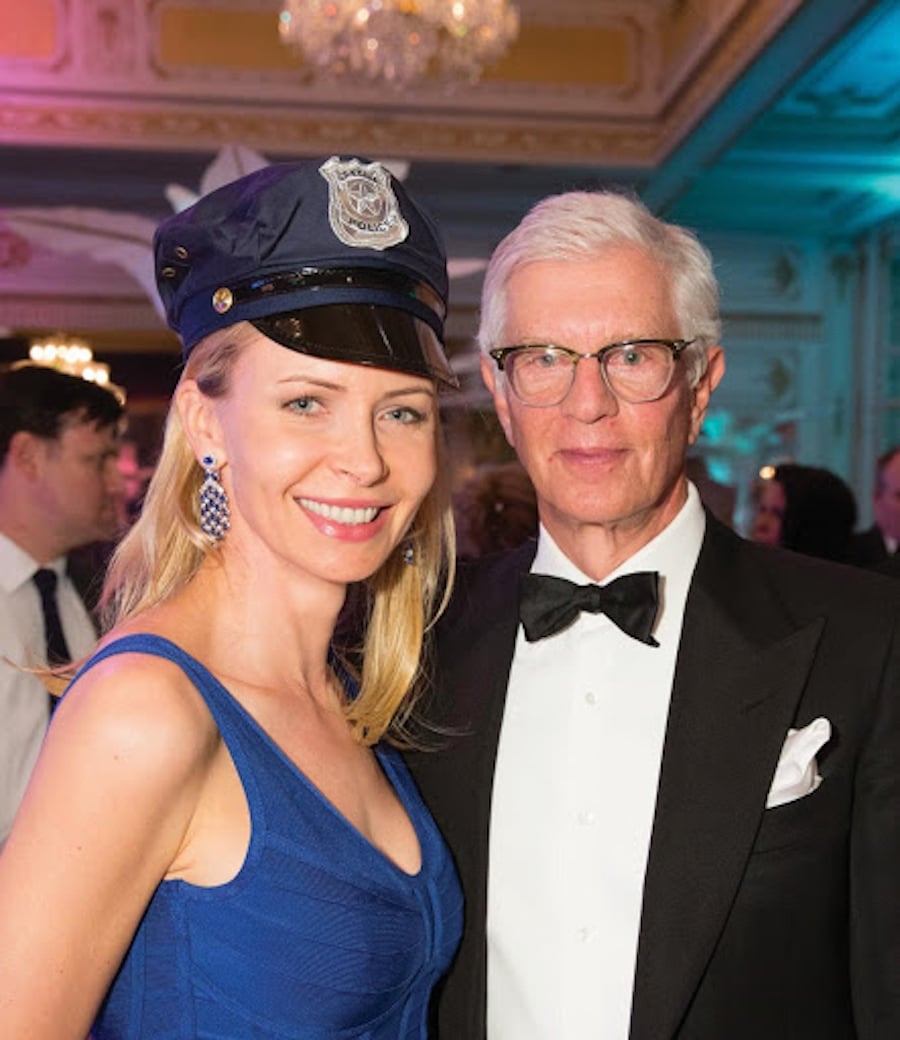 Joel Pashcow is a member of the Palm Beach Police & Fire Foundation and was Chairman of the Atlantic Realty Trust and of the board of directors of RPS Realty Trust. He was also a member of the Board of Governors of the Real Estate Securities Institute and National Realty Committee. 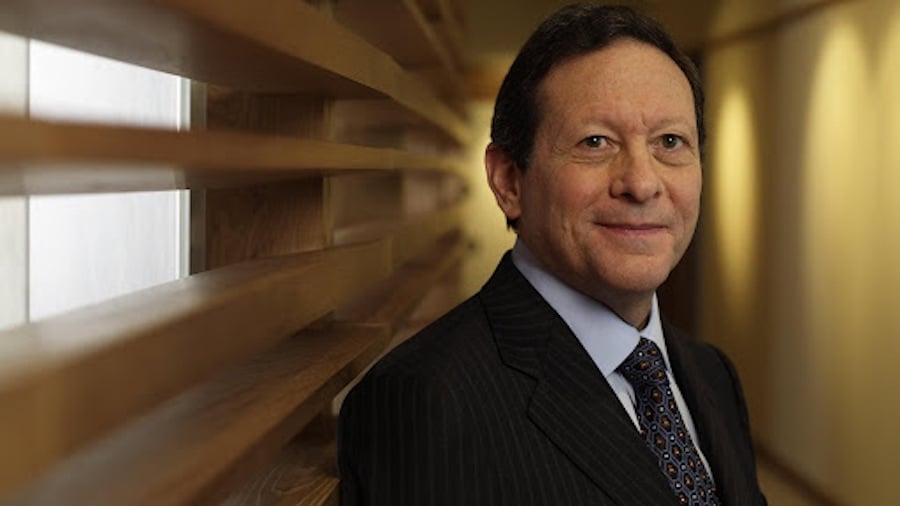 Tom Pritzker flew in the Lolita Express in 2000. According to the Miami Herald, Epstein’s victim Victoria Giuffre reported she was instructed to have sex with Thomas Pritzker. 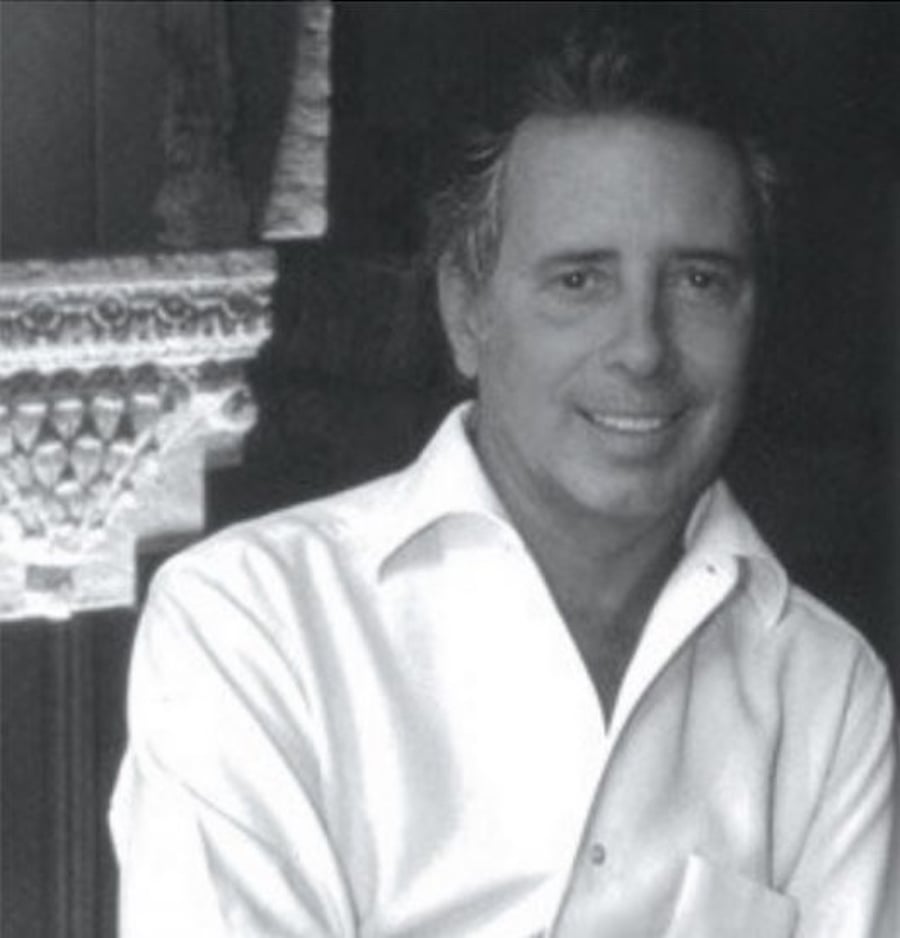 Cofounder of Design Realization studio Ed Tuttle appears a total of nine times in the Lolita Express logs. The architect is partly responsible for designing the Aman hotels in Asia and elsewhere.

Last month, Tuttle passed away at the age of 75. To this date, the cause of death hasn’t been released. 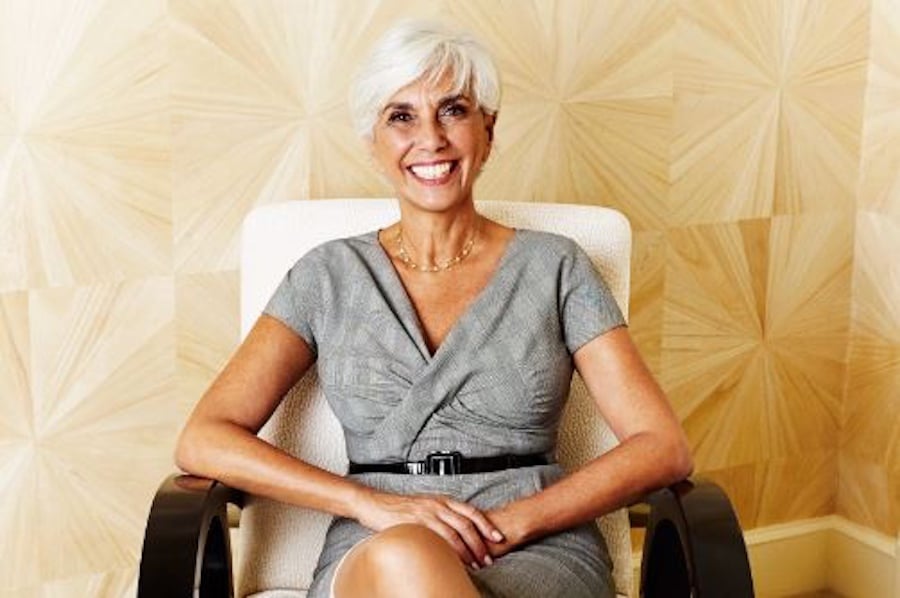 Alberto Pinto was a popular interior designer based in Paris. He flew nine times in the Lolita Express and his sister Linda, who took over Alberto’s spot after his death, flew a total of five times accompanying Alberto.

Alberto & Linda Pinto met Virginia Giuffre after Epstein took the underage girl to Paris in 2001. Linda stated that she didn’t know Virginia was 17 at the time and she didn’t suspect Epstein’s behavior or his relationship with these girls. 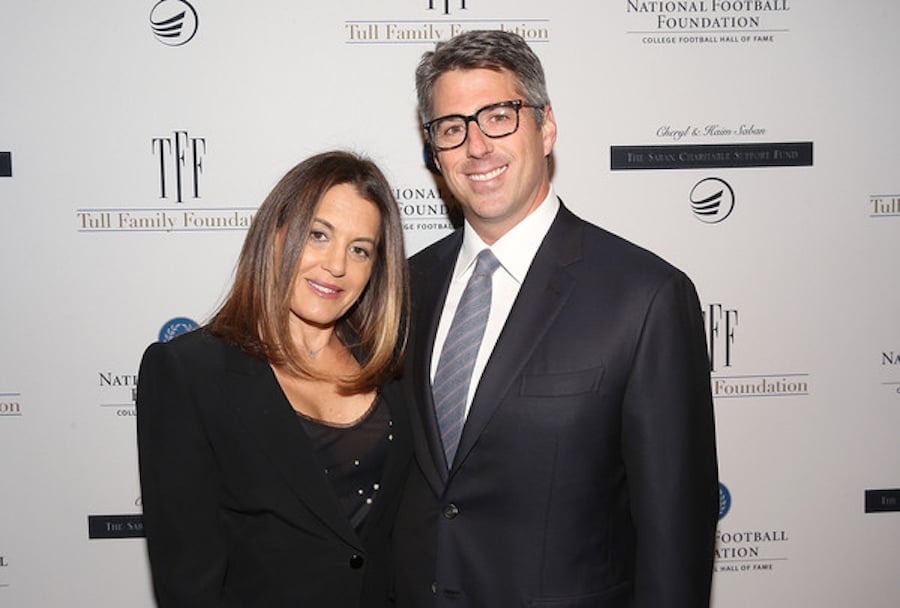 Casey Wasserman, son of philanthropist Lynne Wasserman, was the owner of the arena football team Los Angeles Avengers. He recently became president of the Los Angeles Olympic Committee for the Olympic Games of 2028.

Wasserman and his wife Laura appear twice in the 2002 flight logs of the Lolita Express. The Wasserman Foundation has donated to several institutions in L.A., including the LAPD. 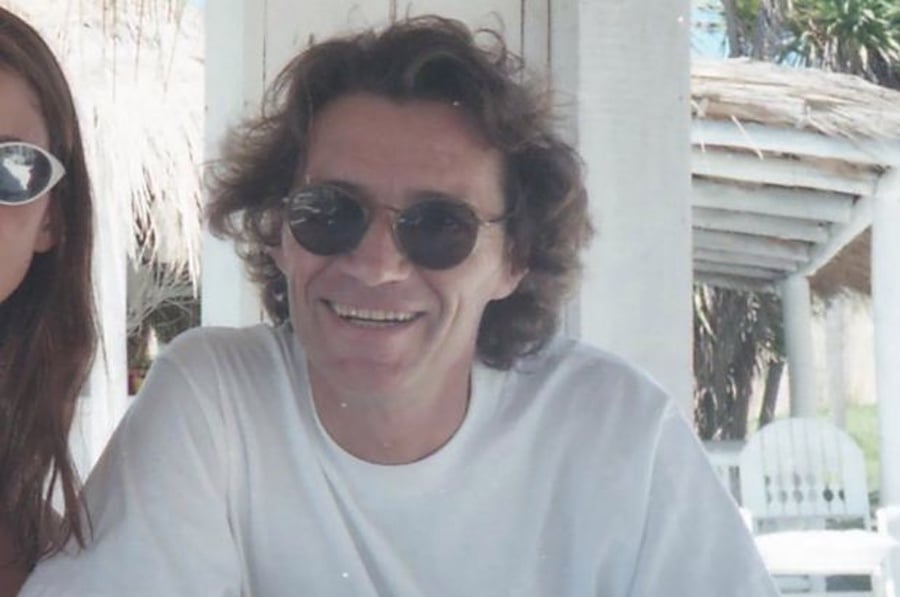 Jean-Luc Brunel led Karin Models and was the founder of MC2 Model Management. The Lolita Express flight logs feature the entrepreneur and former model scout a total of sixteen times.

Brunel has been accused by the models he scouted; one ex-model alleges she was drugged & raped by Epstein. Virginia Giuffre accused Brunel of trafficking girls to the U.S. and getting them model visas and claims she was forced to have sex with Brunel several times. 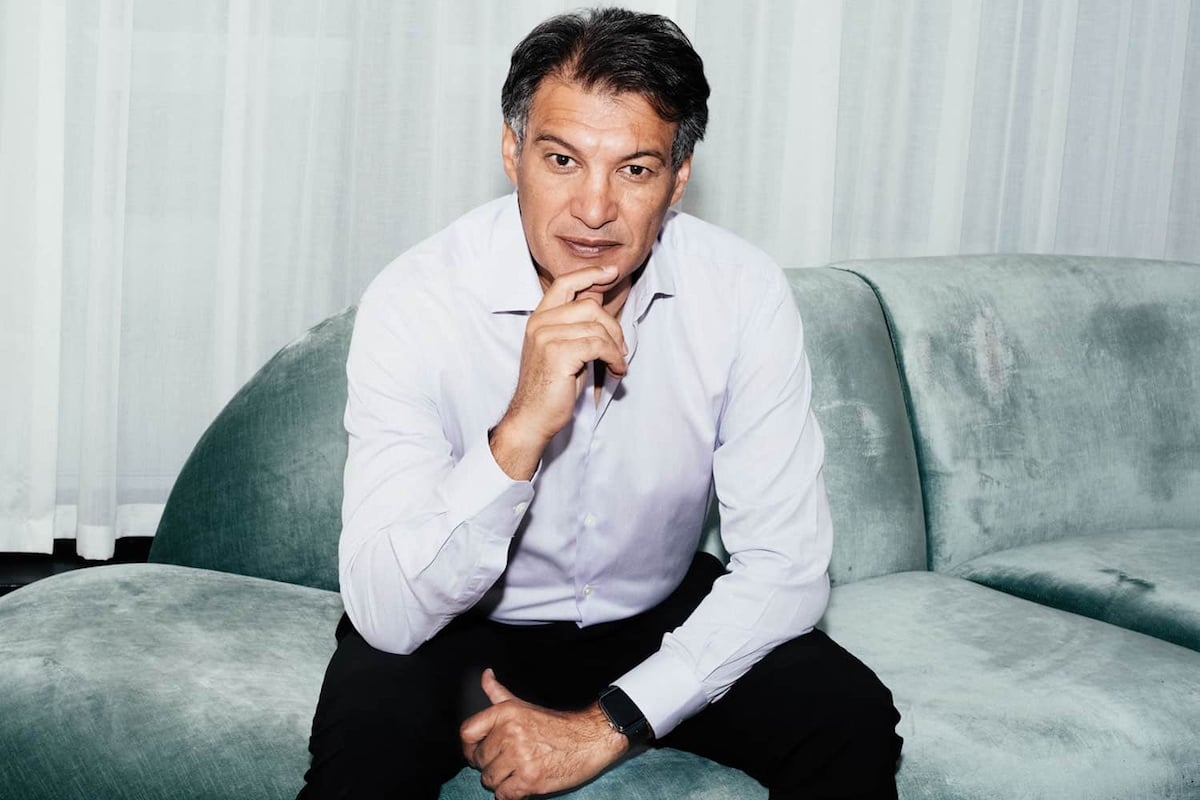 Celebrity hairstylist Frédéric Fekkai owns the eponymous brand of hair products and appeared in the Zoolander movie as Derek Zoolander’s hairstylist. Fekkai flew in the Lolita Express twice: once in 2000 and a second time in 2002.

Former employees of Fekkai reported Epstein would allegedly bring girls to his salon. The girls would sit on Epstein’s lap and play with his hair. Fekkai also went to Epstein’s house in Palm Beach to provide styling services. 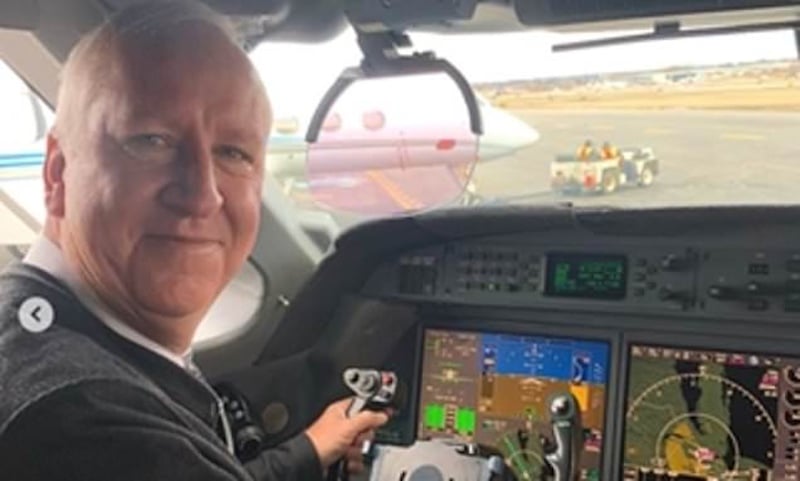 One of the pilots who flew the Lolita Express and kept flight logs was David Rodgers. These logs have helped identify victims and public figures who boarded Epstein’s jet. David Rodgers testified that he flew Virginia Giuffre twenty-three times on the Lolita Express. He also confirmed that Prince Andrew boarded the same flight as Giuffre. 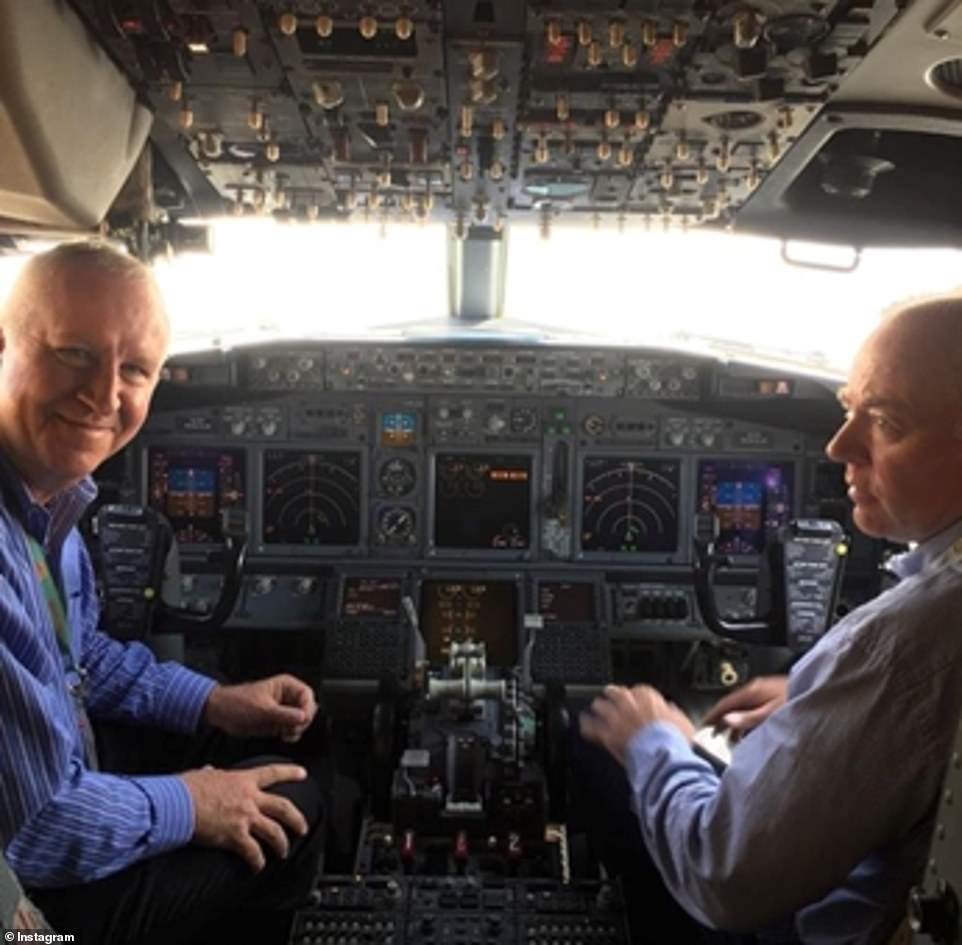 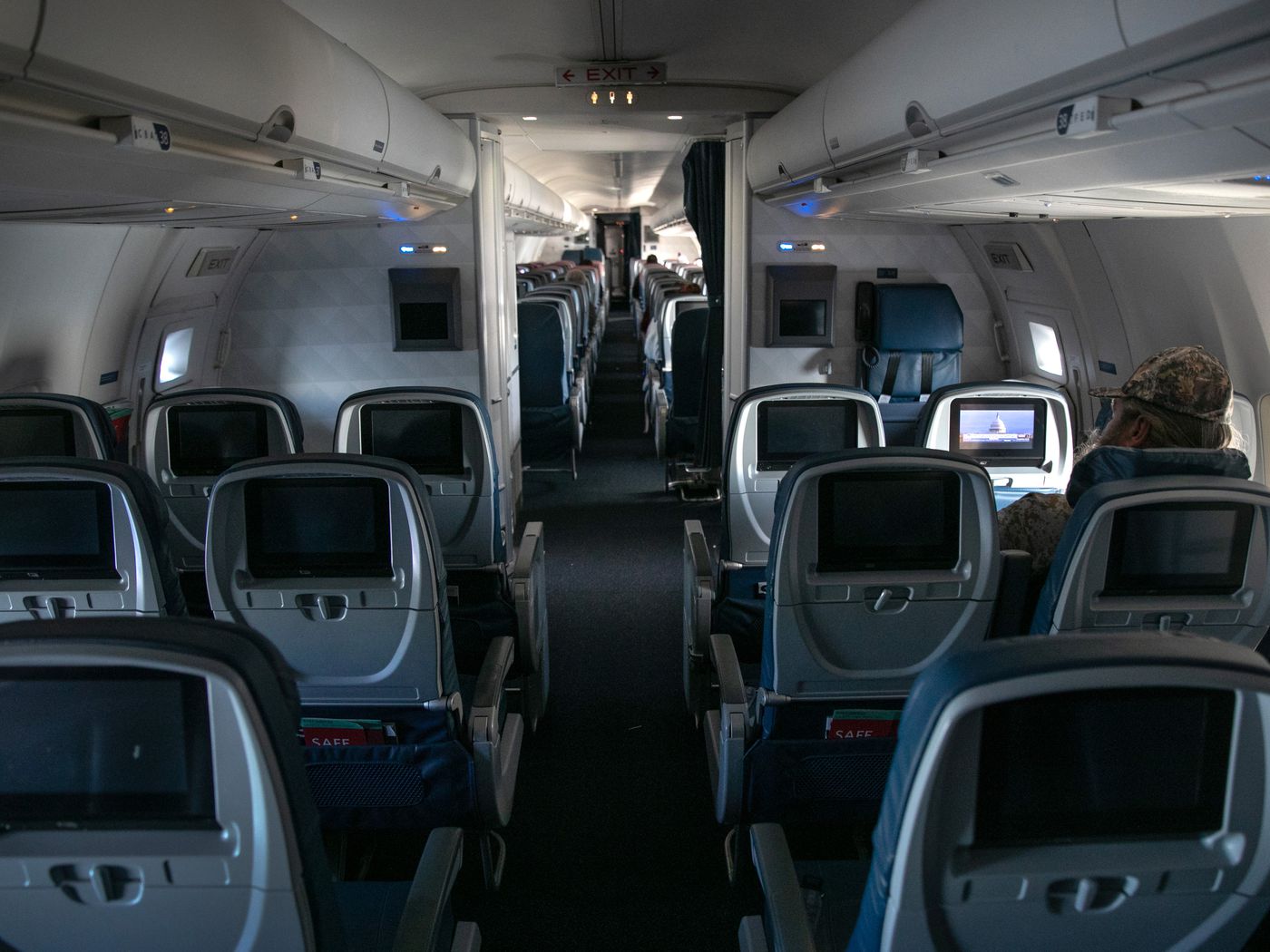 While there’s not much information about Morrison, a 2009 deposition featured his answers to questions about Jeffrey Epstein & Ghislaine Maxwell. He claimed he didn’t think any of the girls who boarded the flight looked extremely young. He also said he wasn’t aware of who Ghislaine Maxwell was until he found a book about her family. 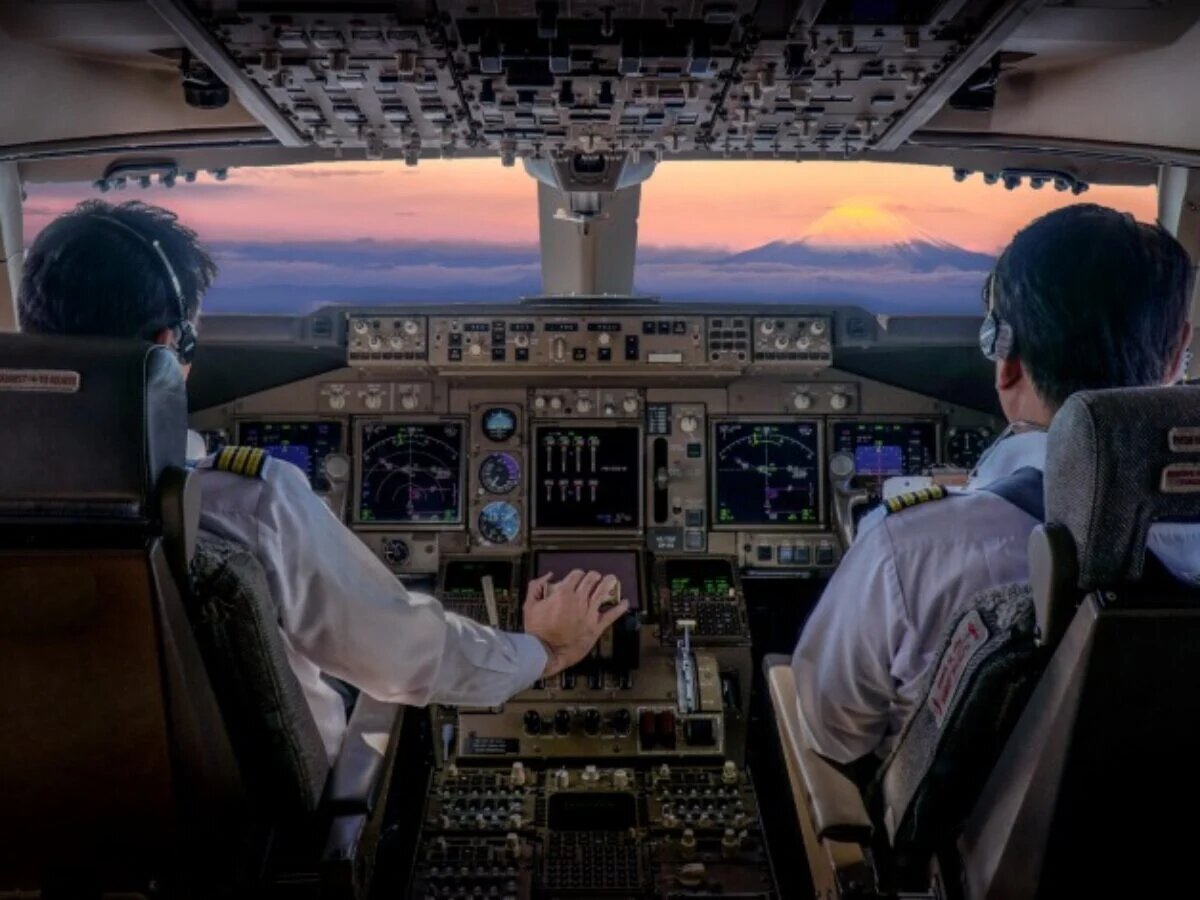 To this date, Hammond is the only pilot who hasn’t been asked for a deposition against Jeffrey Epstein. 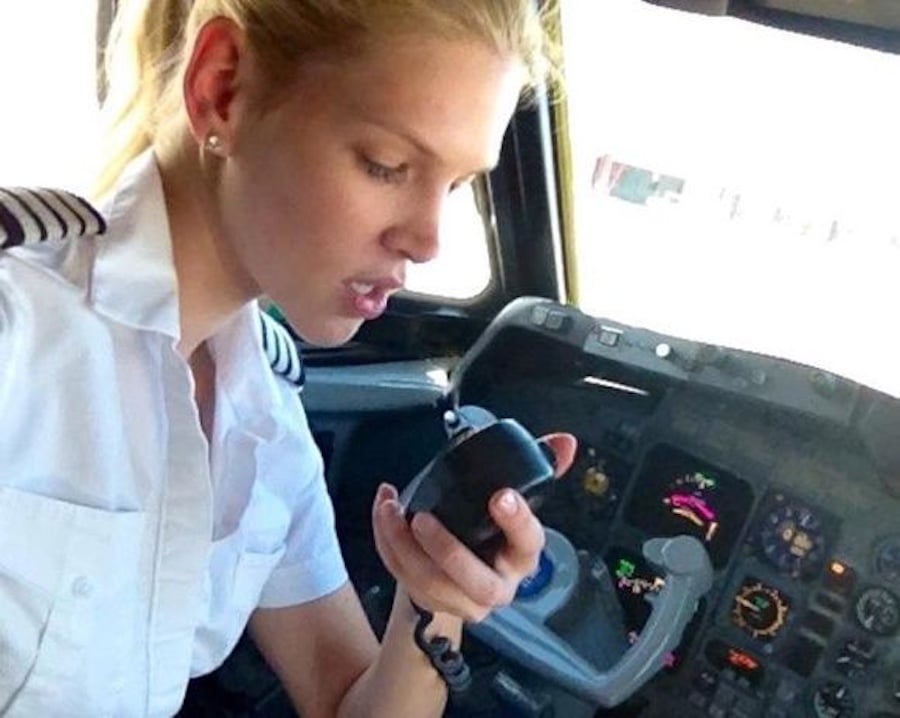 Nadia Marcinko became popular on social media under the name Gulfstream Girl. One of Epstein’s victims claimed in written testimony that Epstein told her he had bought Nadia when she was fifteen years old from her family and was turned into Epstein’s “sex slave”. The victim also stated that Nadia had sex with other victims using sex toys, by Epstein’s request.

Nadia ended up being considered another victim of Jeffrey Epstein and was granted immunity in 2008. She still works as a pilot & flight instructor.