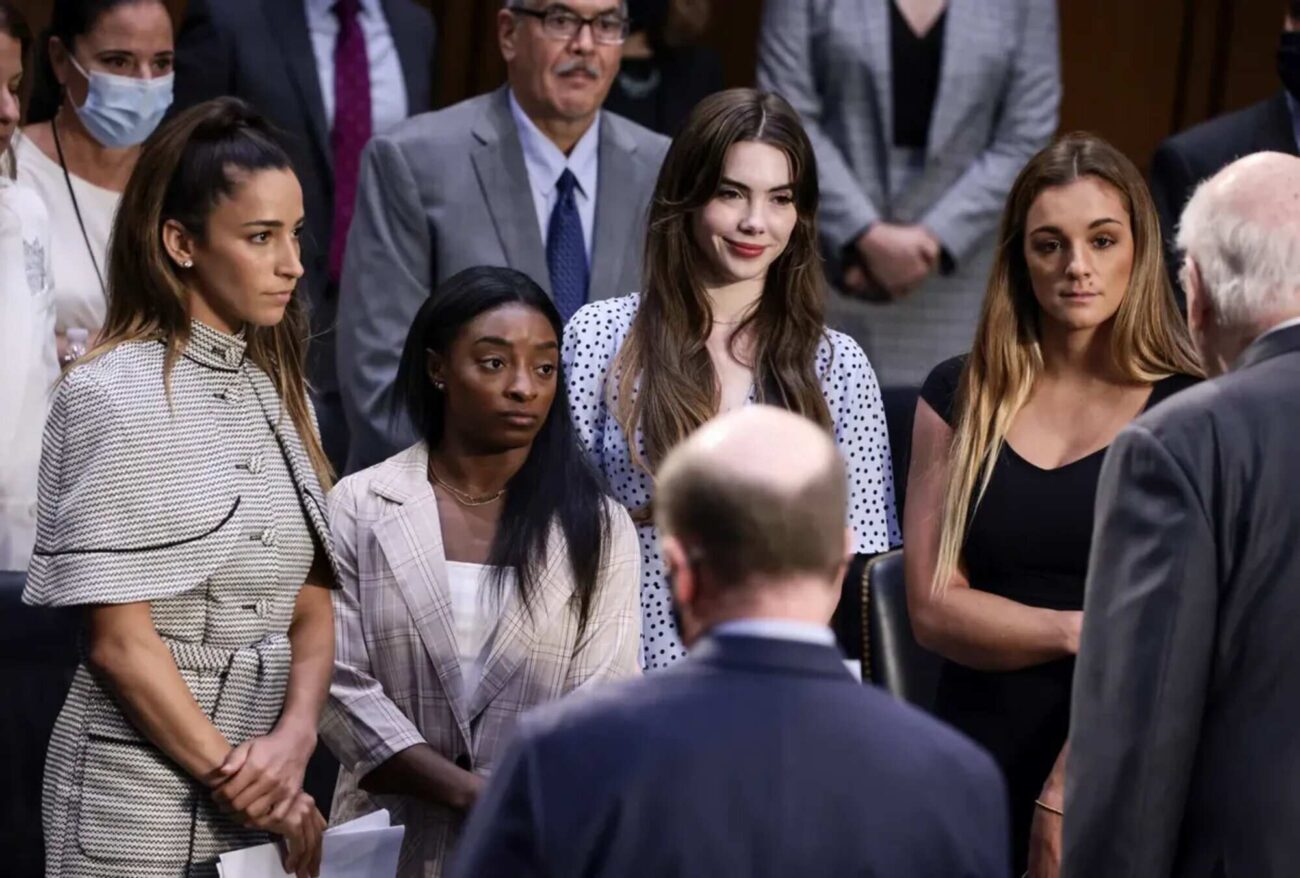 On Wednesday, elite United States gymnast Simone Biles stepped forward before the Senate to speak on the abuse she faced by convicted sexual assaulter Larry Nassar. The famous athlete appeared to testify along with her former teammates Aly Raisman and McKayla Maroney and a few other victims of Larry Nassar. The testimonies were emotional ones, as the victims of the former team doctor recalled all they went through.

The women who stepped forward to testify against Larry Nassar are just a few of the many victims that have been hurt by the former gymnastics team doctor. In a vulnerable statement from Simone Biles, the most decorated Olympic gymnast of all-time expressed the lasting impacts of his abuse and spoke out for the rest of the survivors who have also suffered from Larry Nassar. Let’s take a look at all the details so far here. 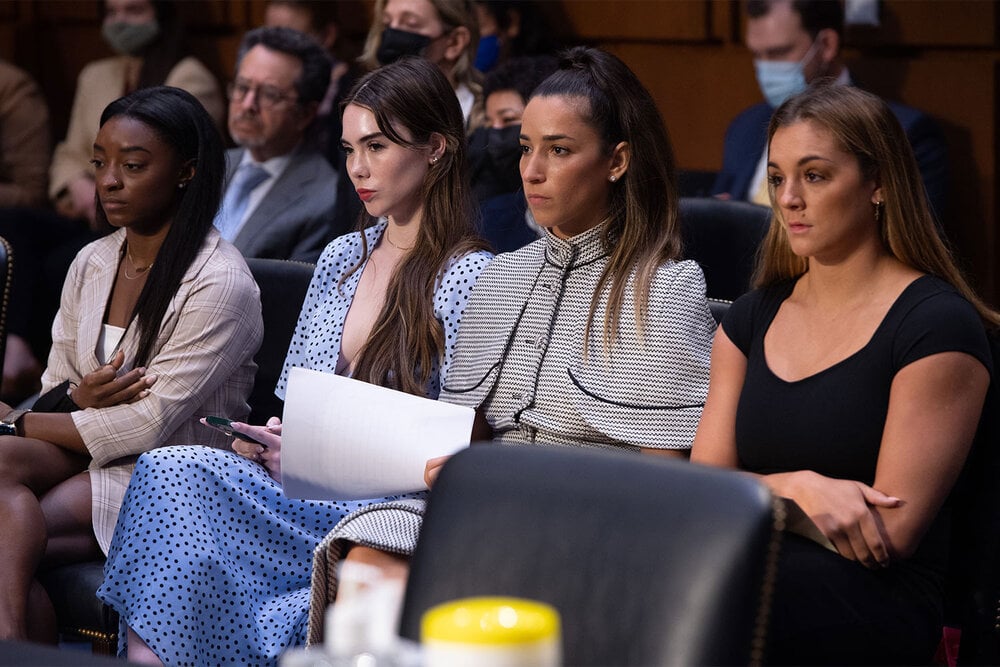 Stepping forward to speak out

On Wednesday, United States gymnast Simone Biles stepped up before the Senate and spoke up for Larry Nassar and the rest of his victims. In an emotional testimony, the gymnast said: “I blame Larry Nasser, and I also blame an entire system that enabled and perpetrated [sic] his abuse. If you allow a predator to harm children, the consequences will be swift and severe”. Currently, Larry Nassar is serving a life sentence in jail.

Another victim of Larry Nassar who stepped forward to testify was gymnast Maggie Nichols, who in fact was the first of his many victims to speak up and report the abuse she faced under his care to USA Gymnastics. The four women explained to the Senate Judiciary Committee that the victims have “suffered and continue to suffer” from what Larry Nassar put them through during his time as the USA Gymnastics team doctor.

Simone Biles asked the Senate: “How much is a little girl worth?” and also called for all of the agents who were a part of the situation to be federally prosecuted. Aly Raisman, who was the captain of the US Olympics gymnastics team from 2012-2016 emphasized how disappointing it was that they were “still fighting for the most basic answers and accountability” a whole six years after she first reported on the abuse that she had faced. 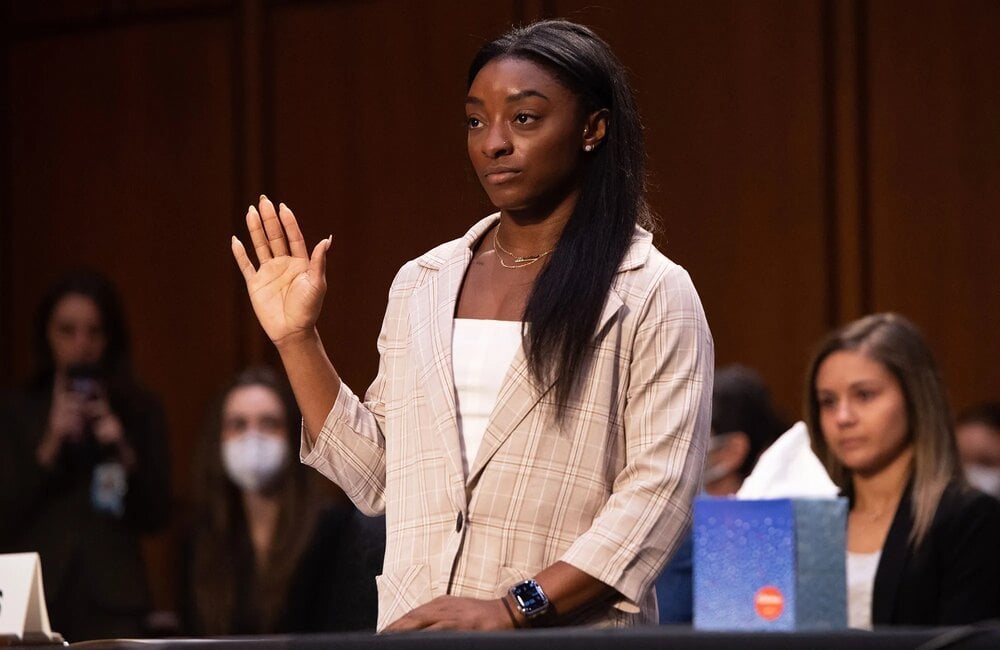 Aly Raisman also explained: “Over the past few years it has become painfully clear how a survivor’s healing is affected by the handling of their abuse”. The former US Gymnastics team captain also heavily criticized the investigation done by the FBI and described it “like guesswork”, and expressed how crucial it was to call out the flaws of the situation so there would be no chance of this “nightmare” happening ever again to any more folks.

McKayla Maroney, a gold medal winner at the London 2012 Olympics, also testified and described the interview conducted by the FBI as “silence and disregard for my trauma”. She explained that “They chose to fabricate, to lie about what I said and protect a serial child molester” and asked the senators: “What is the point of reporting abuse if our own FBI agents are going to take it upon themselves to bury that report in a drawer?”

The Senate only got to hear the testimonies of just four victims on Wednesday, but Larry Nassar has been accused of sexual abuse by more than 330 women and girls at both USA Gymnastics and Michigan State University. The FBI investigation report released in July had tons of delays & cover-ups by agents, which led to the team doctor being able to continue his abuse for a few more months after the case was already opened.