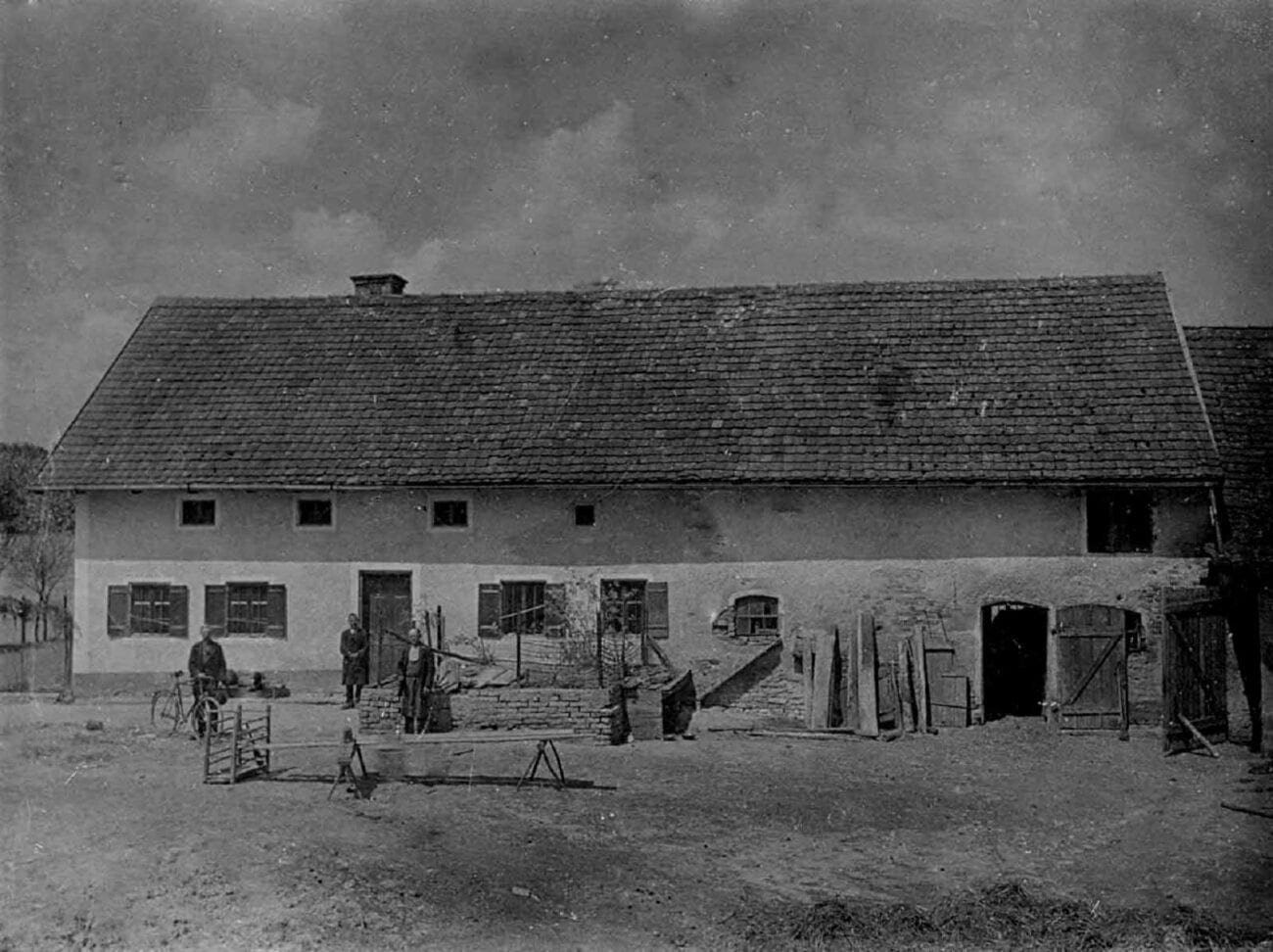 It’s been almost 100 years since the family on Hinterkaifeck farm was murdered. Over a 100 suspects have been interviewed, but the perpetrator (or perpetrators) of the crime remain unidentified. The murder of the family was certainly creepy in and of itself, but there were even more creepy things that happened on the Hinterkaifeck family farm, and we’ll get to them in a second.

Four people were found slaughtered in the Hinterkaifeck barn. The other two victims were murdered in their beds. If you’re the type of person who jumps when they hear things going bump in the night, this article is not the one for you. You’ll surely be left sleepless and awake for many nights to come.

One of the creepiest things about the Hinterkaifeck farm murders is the fact that the suspect(s) was never found. It’s true that since the crime was committed almost 100 years ago, it’s safe to say the suspect is dead, but it’s still creepy to think what killer legacy they might have passed on to other people. Who might the descendents of the Hinterkaifeck murderer(s) be? 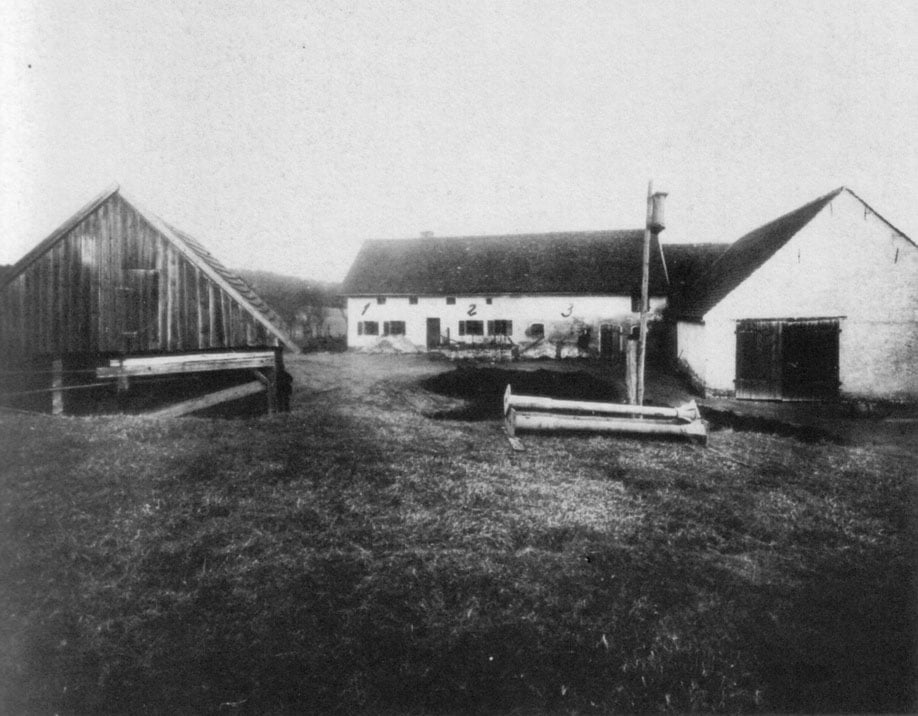 Leading up to the Hinterkaifeck murders

Father of the family, Andreas Gruber, noticed something strange about a week before his murder. There were footsteps in the snow leading from the woods to his house, but none leading back into the woods. Andreas told neighbors about this, and one neighbor offered to lend Andreas a gun to defend his family with. For whatever reason, Andreas declined.

Andreas lived on the farm with his wife Cazilia, their grown daughter Viktoria, and their grandchildren Cazilia Jr. & Josef. 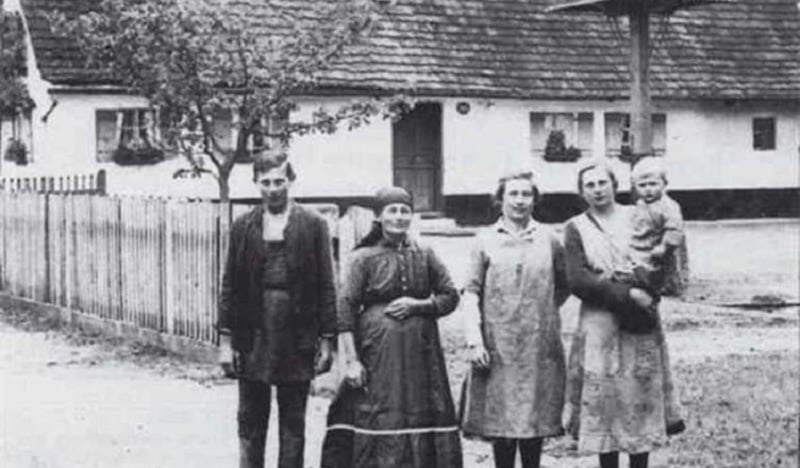 It was relatively quiet and safe in the area surrounding Hinterkaifeck farm, so it’s possible Andreas convinced himself the footsteps in the snow were nothing to worry about. Something that should have tipped him off though, was the fact that he’d found a newspaper in the house he’d never bought. Furthermore, several keys had gone inexplicably missing.

That’s not even all. The Grubers’ previous maid had quit six months before. She’d claimed the house was haunted because she often heard unexplained noises and voices in the attic. The day that the Grubers were murdered their new maid, Maria, had just begun her first day. If only Maria had started her new job a day later, she could have saved her life. 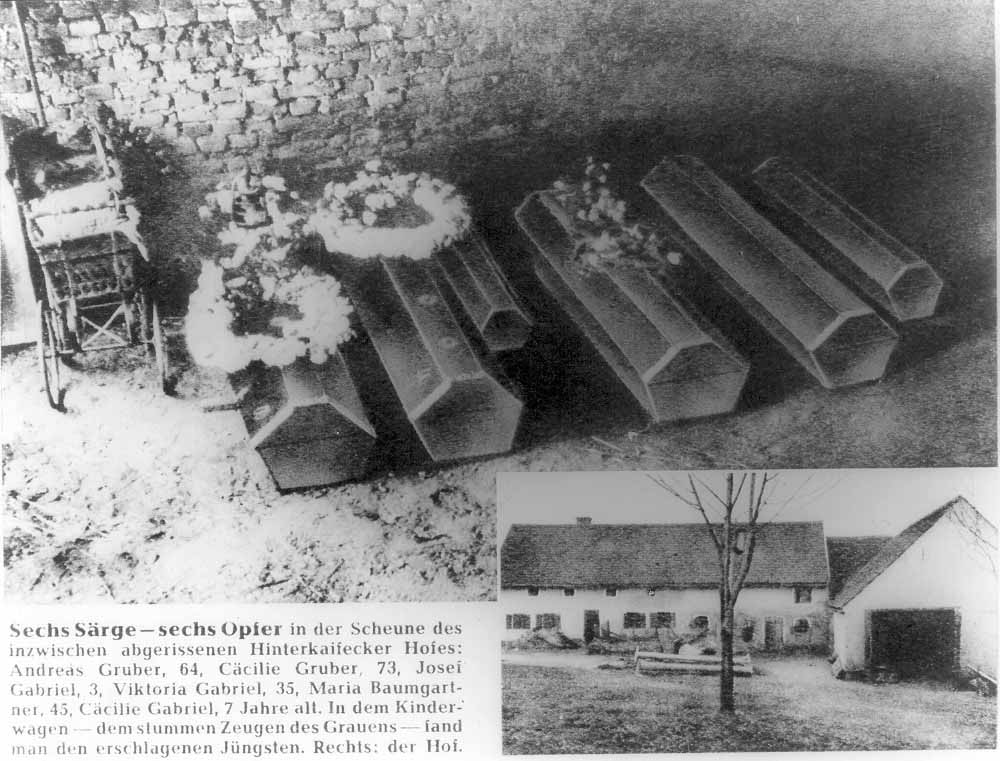 One of the eeriest things about the Hinterkaifeck farm murders is the fact that four of the victims seemed to have been lured to their deaths. Andreas, Cazilia Sr., Viktoria, and Cazilia Jr. were all found butchered to death in the Hinterkaifeck barn. Considering it was the middle of the night, it’s logical that each family member was brought there one by one. Maria however, was killed in her bed, and young Josef slaughtered in his crib.

Investigators believe the family to have been murdered with a farming implement called a mattock. This tool is a sort of pickaxe that has a blade on one side and a pick on the other.

Poor Cazilia Jr. was found with clumps of her own hair in her hands, suggesting she was the only one who took a long time to die. Investigators say that Cazilia Jr. might have spent hours lying next to her dead family and writhing in pain.

The dead are found on Hinterkaifeck farm

It took about a week for other citizens to really take notice of the missing family. First, Cazilia Jr. didn’t show up to school for a few days. Then Sunday came and the Grubers missed church. Because neighbors saw chimney smoke wafting from the farmhouse, no one was really worried something might be wrong. It wasn’t until the mailman noticed thier mail was piling up that people paid a visit and discovered the gruesome scene.

The smoke wafting from the house is a key creepy detail, because this indicates that whoever murdered the family remained in the house at least a few days after the murders. Investigators even found that farm chores like feeding the animals and milking the cow had been taken care of.

Perhaps even more chillingly, the fact that the Grubers’ old maid had been frightened by sounds in the night indicates that the killer(s) might have been residing in the house months before their horrific crime. 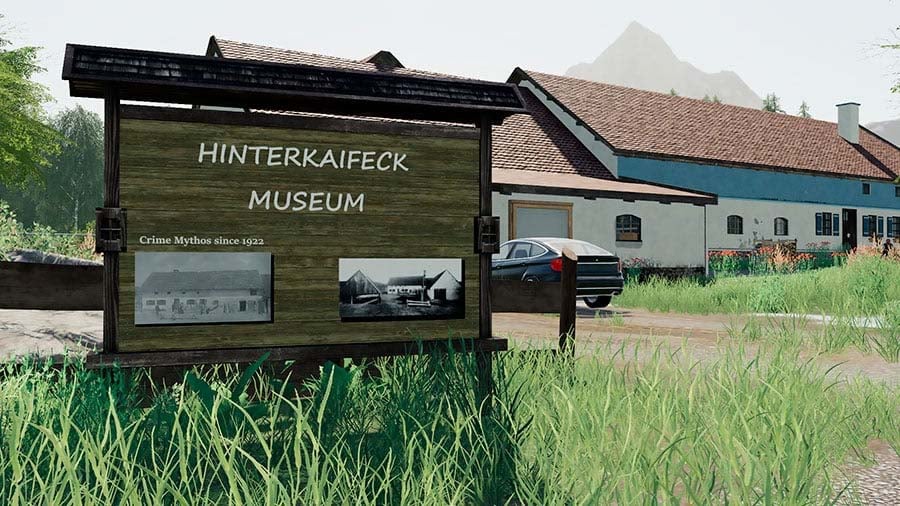 Speculations are made about Hinterkaifeck farm murderer(s)

Even after almost 100 years and 100 interviews, no one is sure about who is responsible for the Hinterkaifeck farm murders. As with most unsolved cases, several theories have been formed.

One hair-raising detail not mentioned about the Gruber family yet is the fact that Andreas and his daughter Viktoria had been arrested for incest in 1915. It was thought to be an abusive relationship. Viktoria served one month in prison and Andreas was sent away for a year. This horrific fact produced three theories. 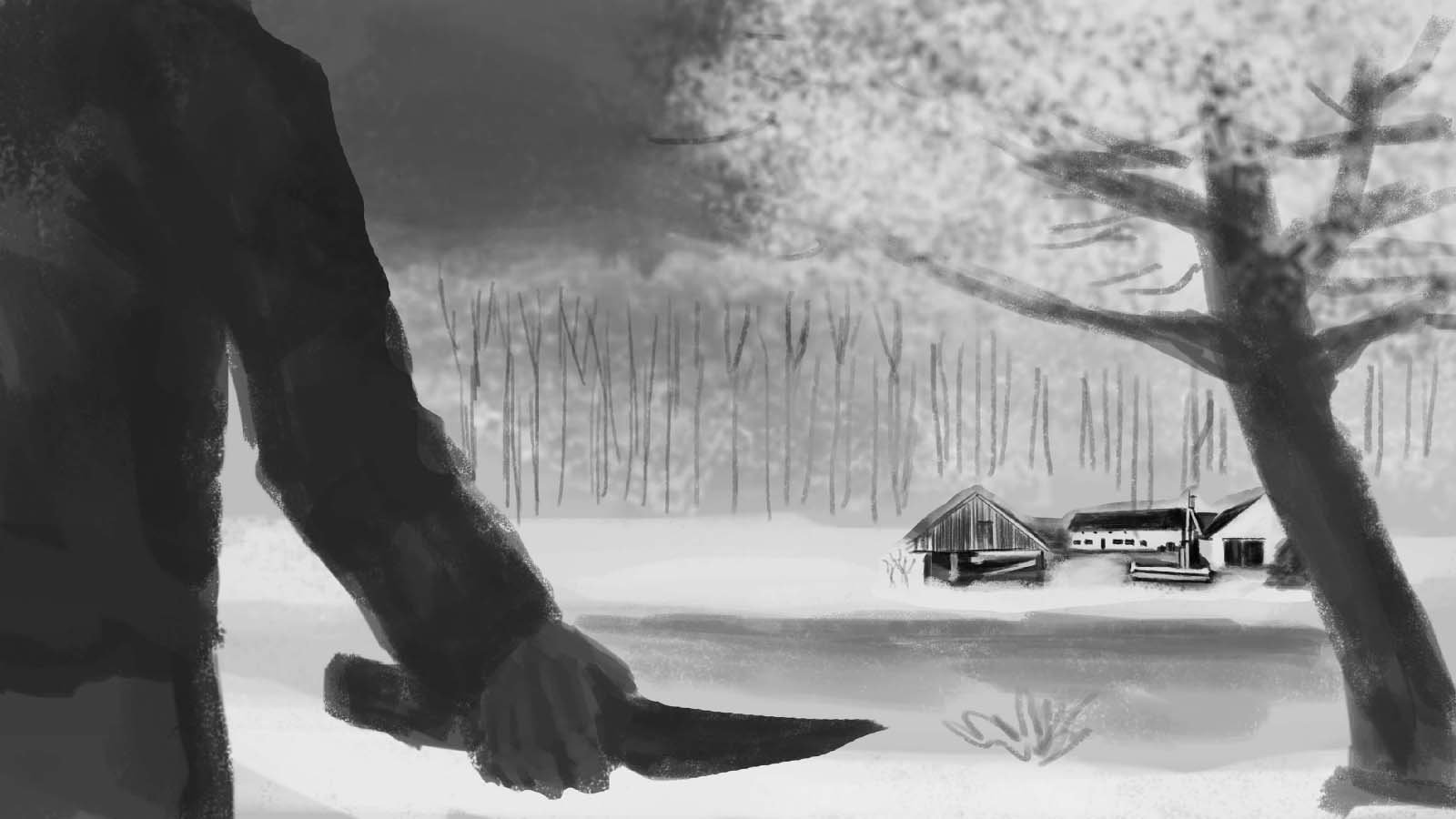 This theory broke down when it was revealed that many of her husband’s military comrades attested to him being KIA in WWI. They even insisted they had seen his dead body with their own eyes. 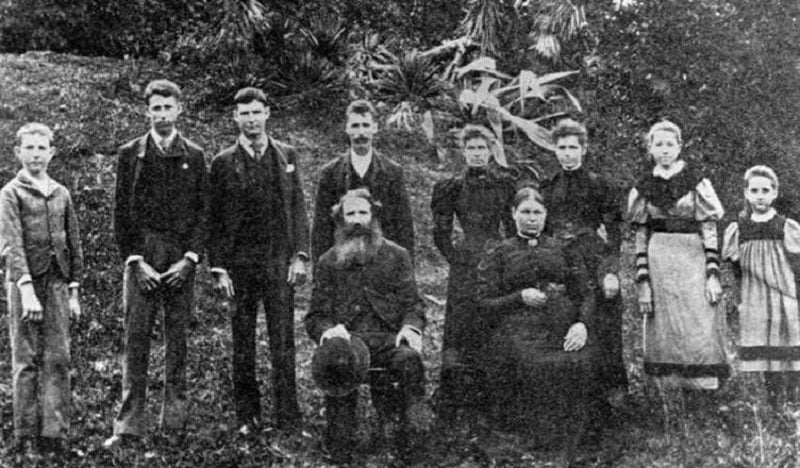 Another theory stemming from the incest was that maybe Josef had been the son of a nearby neighbor instead. This neighbor had had a son recently die so it was postulated that he might have been upset that his child with Viktoria was the one that survived. This theory didn’t hold a lot of water because it was largely speculative, not to mention this same neighbor was the man who offered Andreas a gun to protect his family.

The last theory orbiting Andreas & Viktoria’s incestuous relationship was that one of them might have committed a murder-suicide. This one was quickly dismissed though, because none of their fatal injuries could have been self-inflicted.

There are still some other theories buzzing around about the truth of the Hinterkaifeck farm murders.

Most notably, students at a German police academy used modern techniques to try to solve the case. They apparently eliminated all suspects except for one, but refused to release this information to the public since the suspect is already dead anyway. The students thought it more important to protect the privacy of the remaining living family. 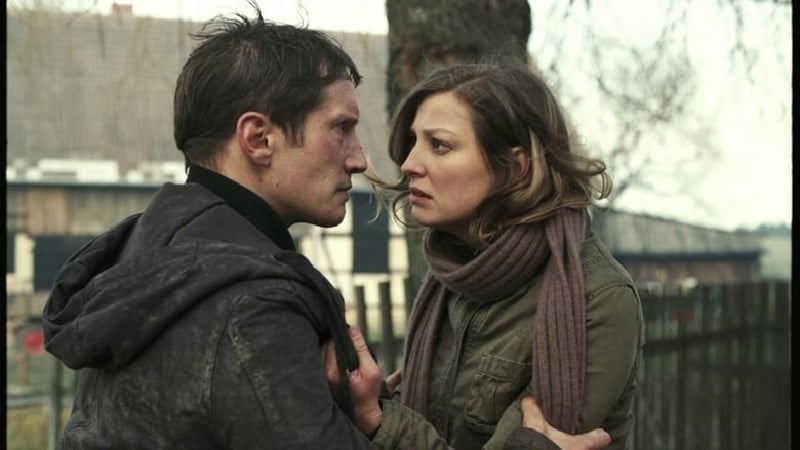 Where to watch more about the Hinterkaifeck farm murders

A 2009 movie named Kaifeck Murder was inspired by the Hinterkaifeck farm murders. In it, the protagonist is a photographer who has been charged with capturing the ways of the local Bavarian people. He soon discovers that a nearby town was the home of a serial killer. 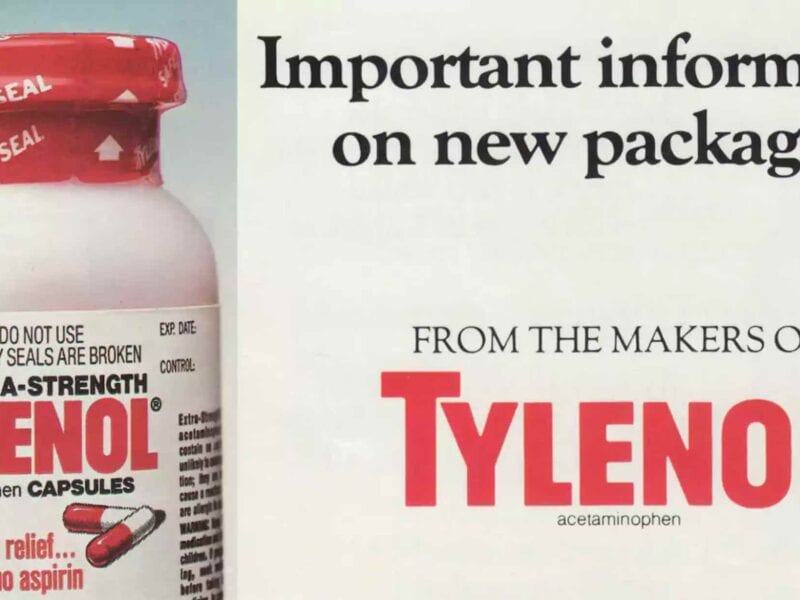 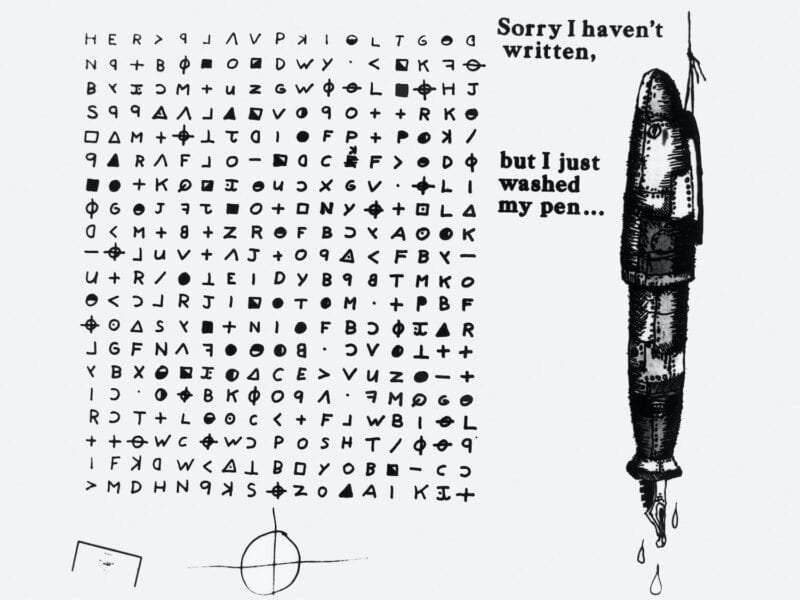 Will police ever catch the Zodiac Killer? Why the odds aren’t good