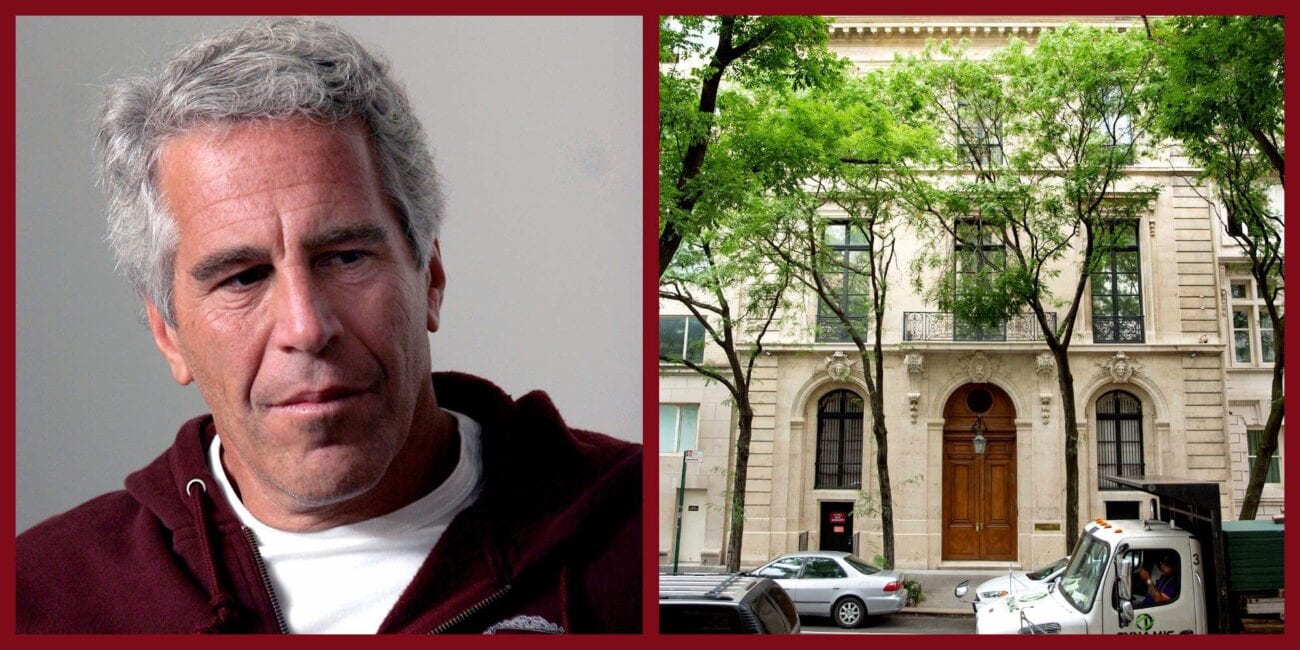 Former multi-millionaire financier and alleged pedophile Jeffrey Epstein’s shadow continues to grow long after his suicide, raising more mysteries for investigators trying to reach a conclusion as to the extent of the allegations against him.

Following the seizure of Epstein’s multiple properties – including his compound of alleged sex trafficking on Little Saint James Island, his mansion in Florida, and his luxurious townhouse in New York City – reports have come in about strange items decorating their rooms.

Now that his NYC and Florida properties are up for sale to the public, we’ve seen reports of items from prosthetic breasts to hunted and stuffed animals decorating his houses. Perhaps the most disturbing objects come in the form of his paintings. 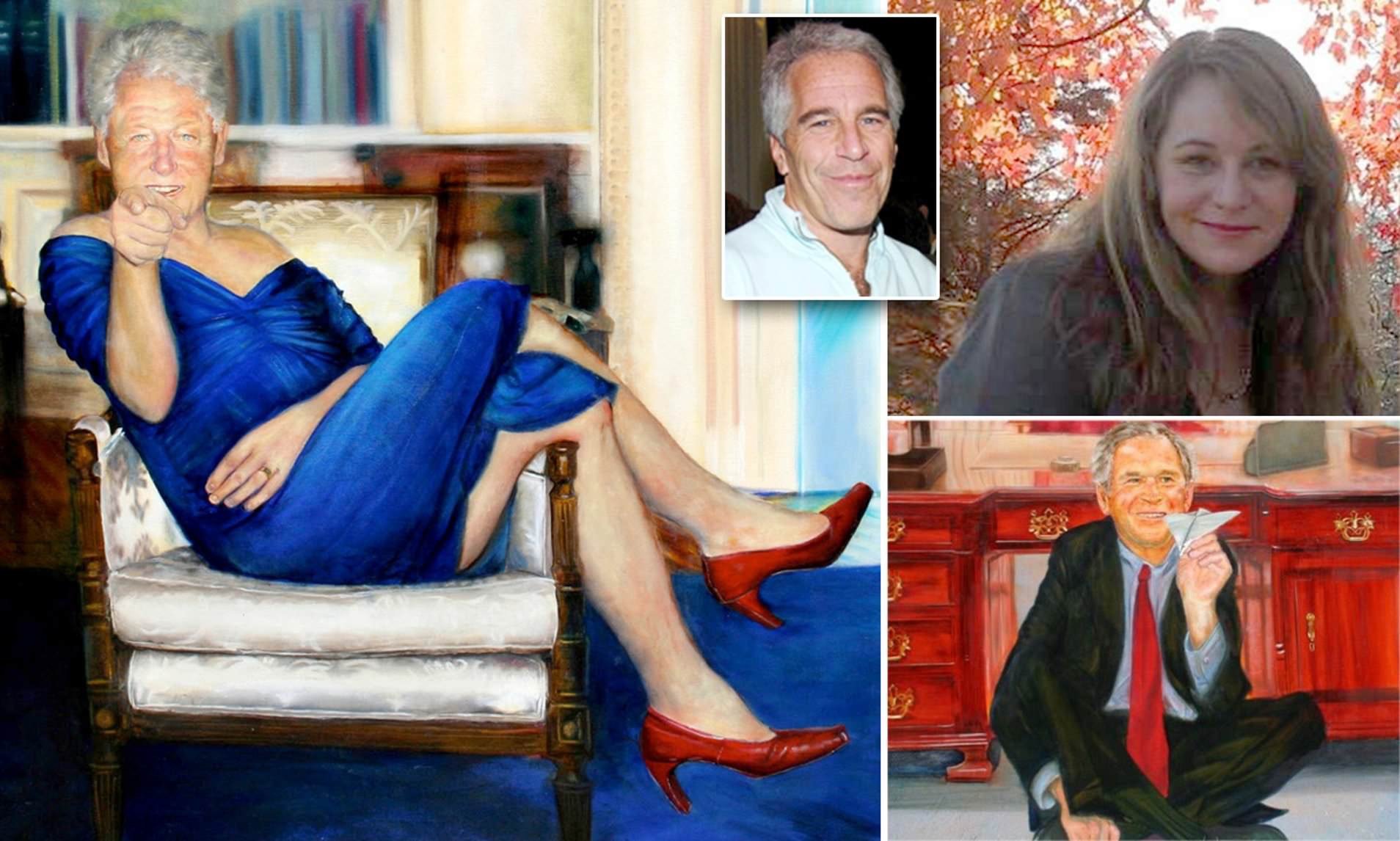 Bill Clinton in dress and heels

In 2003, a Vanity Fair reporter named Vicky Ward described the interior of Epstein’s NYC townhouse as an “ imperious fantasy that seems to have no boundaries.” Despite the house being up for sale and most of Epstein’s personal items being removed, one painting still hangs as a reminder of this fantasy.

According to The New York Post, law enforcement who originally went through the mansion reported seeing a large oil painting of former President Bill Clinton. This may come as little surprise, given reports of photographs also displayed around the mansion of Epstein with several high-power celebrities – including Clinton. 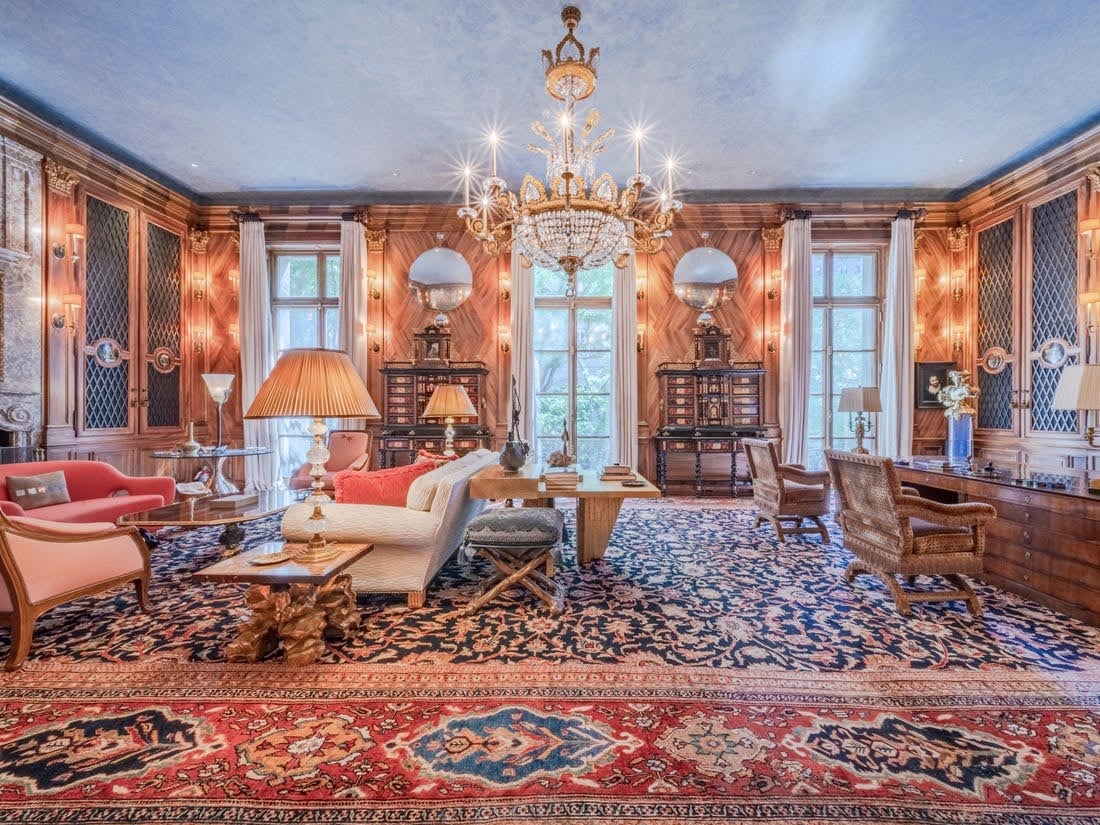 What may come as a surprise isn’t the existence of the painting itself, but the content. Unlike a presidential portrait, this painting depicted Bill Clinton “lounging on a chair in the oval office” – all while wearing red heels and a blue dress.

The publicity of the painting spawned new conspiracies, but also led to the identity of the artist. According to artnet news, the painting titled, “Parsing Bill” was done for a fundraiser for the New York Academy of Art by Petrina Ryan-Kleid. Apparently, Kleid had “no idea where the painting had ended up” until she saw it in the news. 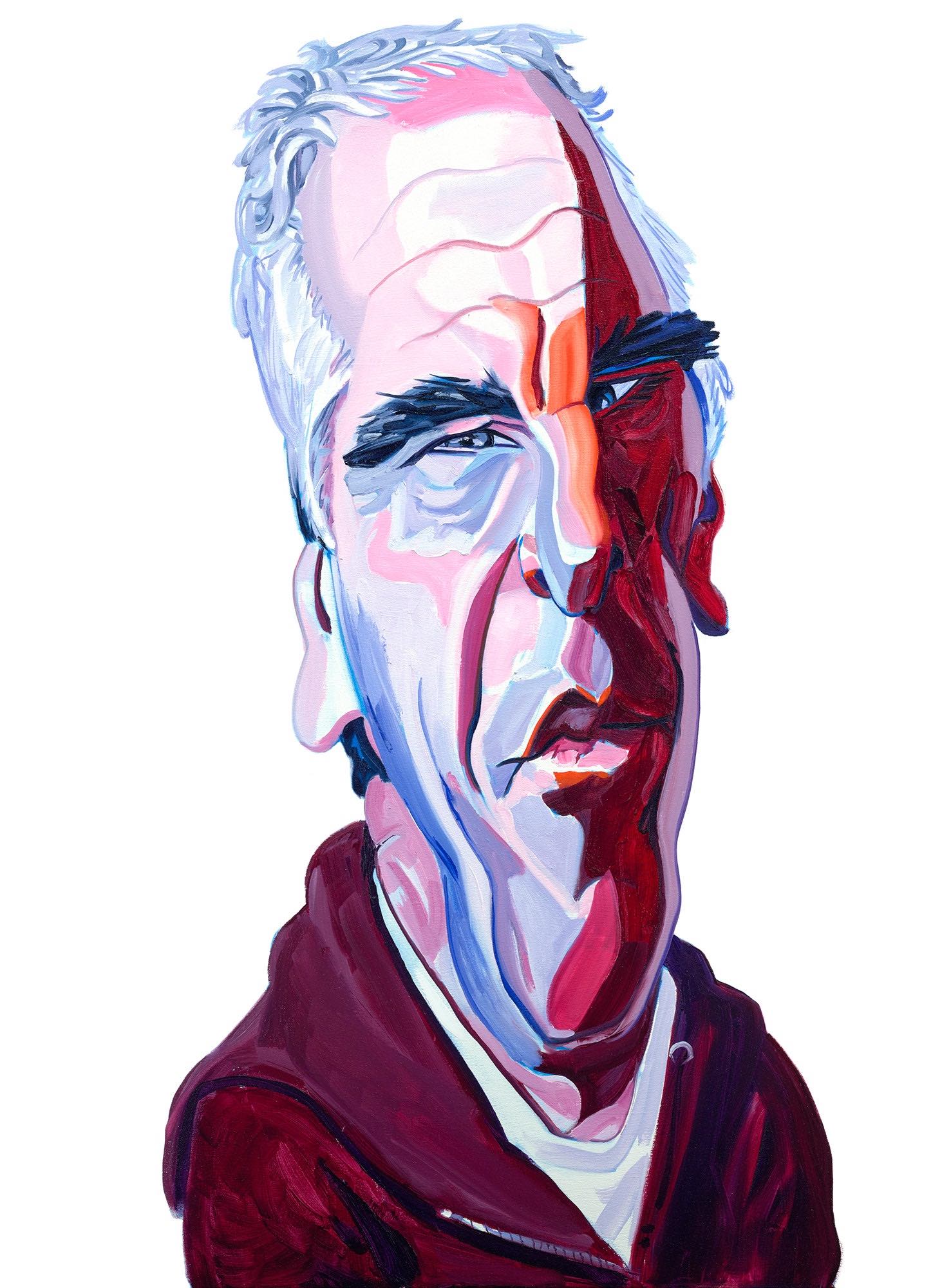 Mural of Epstein in prison

It’s hard to believe someone with Epstein’s wealth didn’t have better taste in art, but we know he at least had a love for himself. Another large piece was also discovered in Epstein’s NYC residence – a second-floor display catching some serious attention.

According to Business Insider, this mural depicted Epstein “behind barbed wire and between a guard station and a corrections officer.” It was described by one of the few people to ever see it – a specialist in public relations named R. Couri Hay.

Hay reported the piece was created after Epstein’s first stint with the penal system in the early 2000s – his earliest records of punishment for crimes against young women. As a reminder of his time, Hay explained why Epstein’s had the mural commissioned: because “there [was] always the possibility that could be [him] again.” 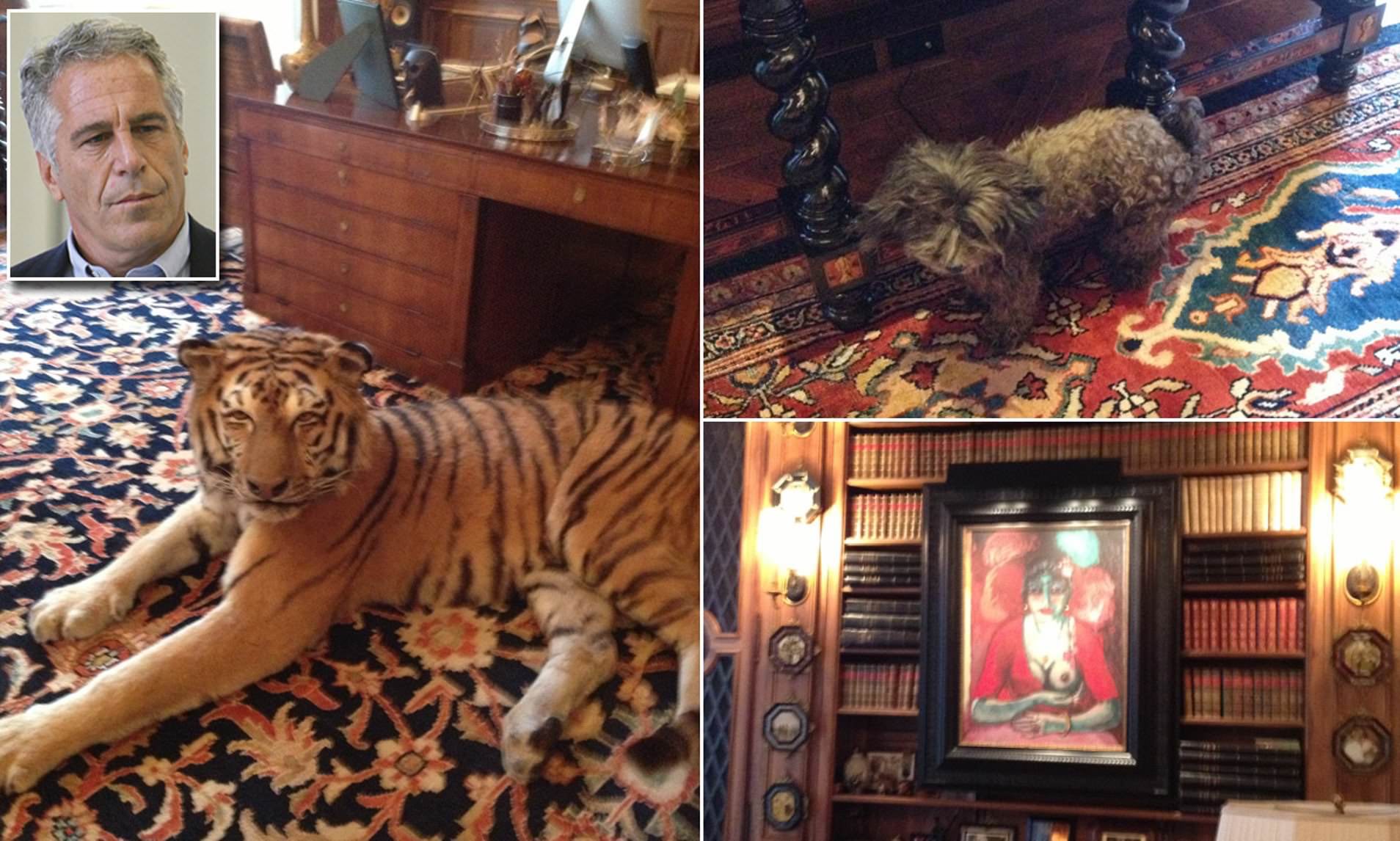 Turning back the clock, the initial charges for Epstein’s illegal sex-capades with minors may also reveal something about his disturbing taste in art. A video provided to Fox News depicts real video of the 2005 police raid on Epstein’s Florida mansion. While looking for incriminating evidence, authorities also found some weird paintings.

An abbreviated, two-minute video of the raid reveals several paintings hung all over the walls. But many of them have a similar theme, depicting either a naked woman or the bodies of naked women in a collection of poses. Fox News called Epstein’s taste in art “eccentric” and “explicit” – we think they forgot “concerning.” 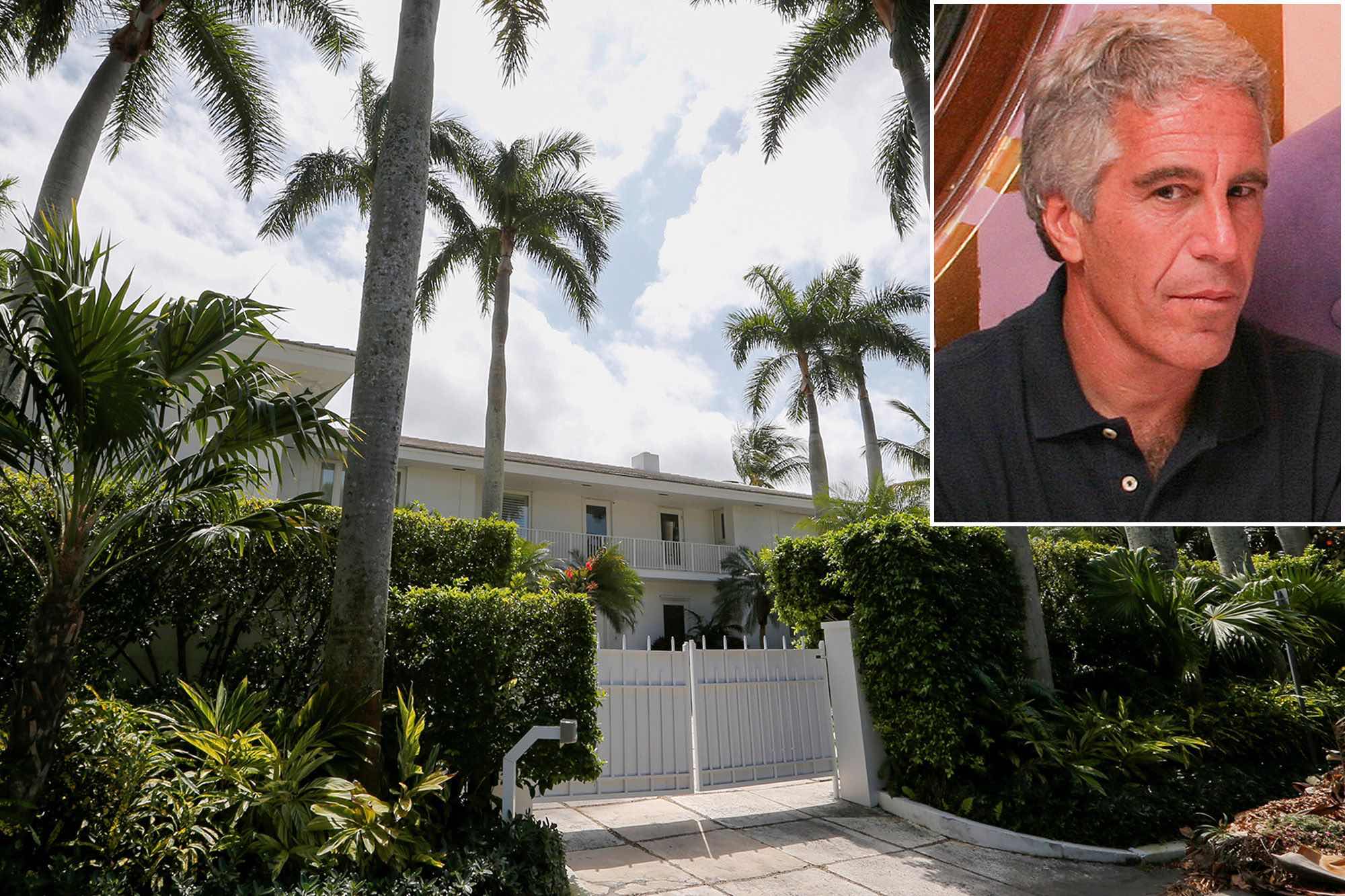 Some are laying on their backs in front of elegant sheets, some are depicted nude on a beach, and others are without visible heads of limbs – just a painting of the nude for itself. In a world where Epstein is not a sexual predator – allegedly – you can almost go so far to call it art.

However, the paintings truly focus on the bodies of the women – mainly their backsides. They are depicted as vulnerable, and from the video, there isn’t a conclusive age range of all of the female subjects – but some appear quite younger than others. 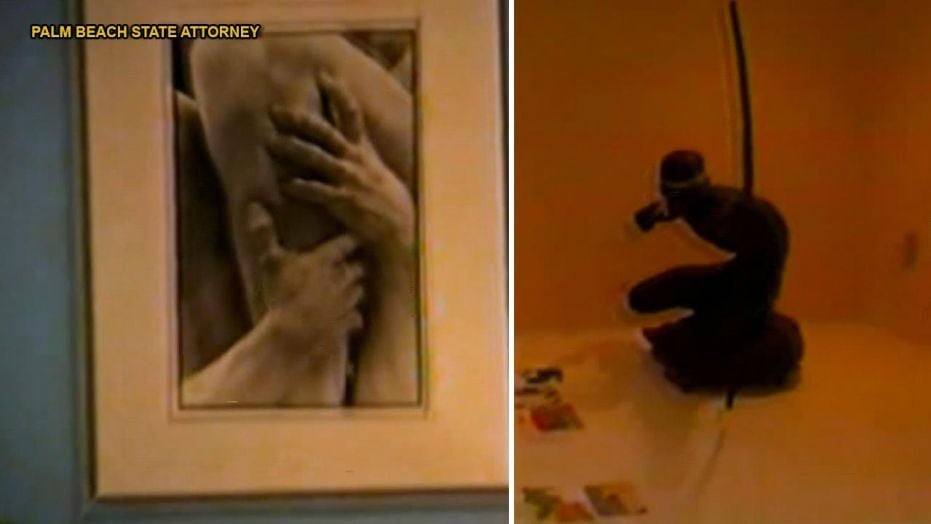 Also in his former home in Florida, Epstein appeared to have some fascination with hands. He had several odd paintings mixed between his other pieces and sculptures, each of which had an eerie focus on a subject’s hands.

Close-up photos taken in 2005 depict paintings of athletic male forms, ones appearing to depict figures posed as they would for ancient statues. One panel portrays two hands, draped over and grasping at what looks like the arm of another. The painting evokes some kind of duress and turmoil in a second glance.

Another painting may as well depict the treacherous claws of Freddy Kreuger – the dream-dwelling killer from the Nightmare on Elm Street franchise. We know the painting is actually of long, twisted fingernails – but the grey shading makes the folded hands appear menacing against the background of a figure clad in white. 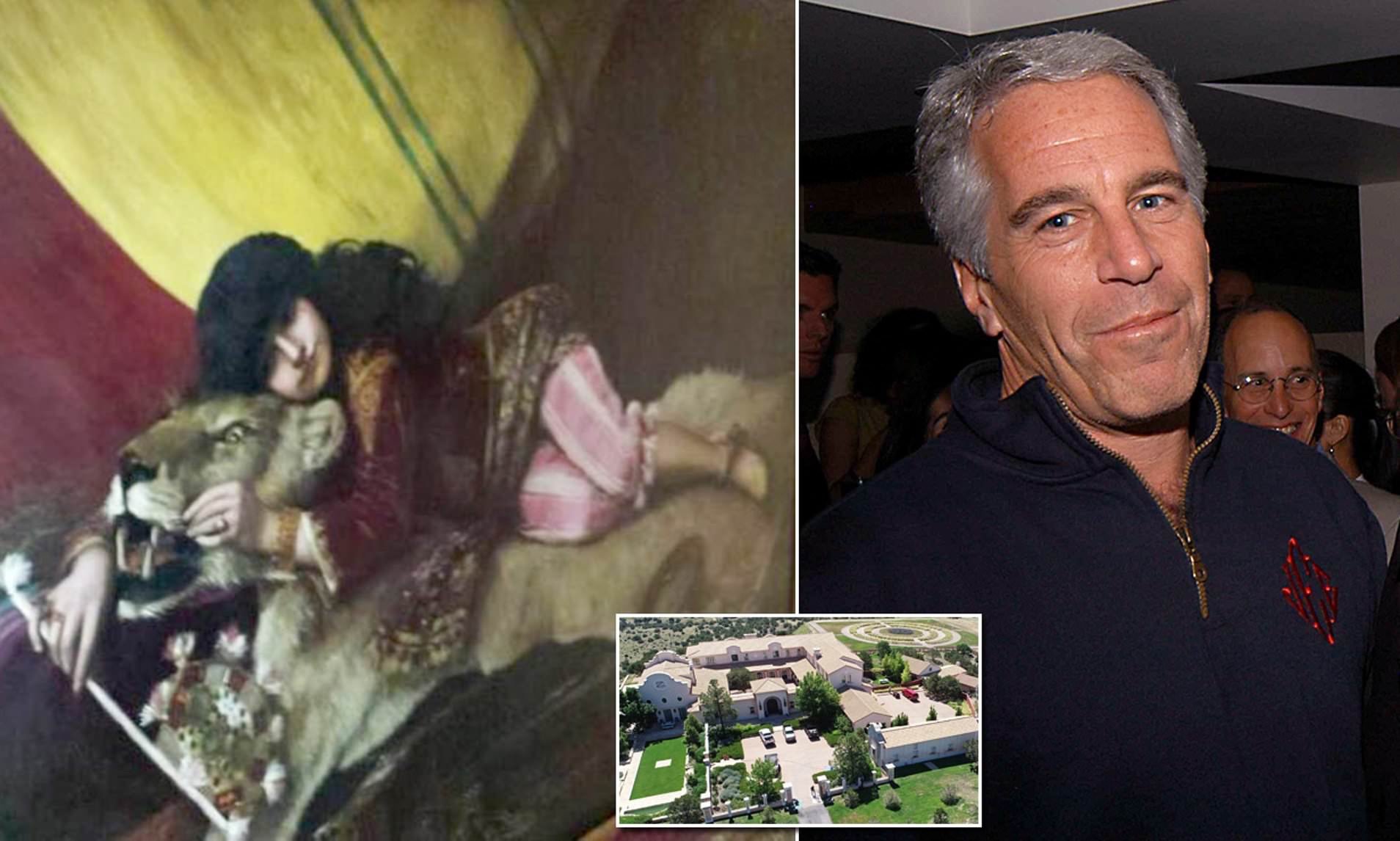 Epstein’s girl with a tiger painting

Rounding out our painting creep-fest is another hidden gem from Epstein’s Zorro Ranch in New Mexico. Not one of his current listed or seized properties, the house featured a six-foot painting of a young girl draped across a dead lioness.

Given Epstein’s accusations – who is this young girl and why does it look like she was posed in a way some might interpret as inappropriate? Better yet, why would Epstein need a six-foot painting of an underage girl, sprawled across a dead lioness? We have too many questions and really don’t know if we want to hear the answers.

At the end of the day, we can’t assume to know what Epstein’s intentions were behind his strange and borderline disturbing collection of paintings. Menacing hands, naked women, and him in prison were all-too-real depictions of his reality. We’ve no doubt that when his houses are finally sold, something even more disturbing will surface.