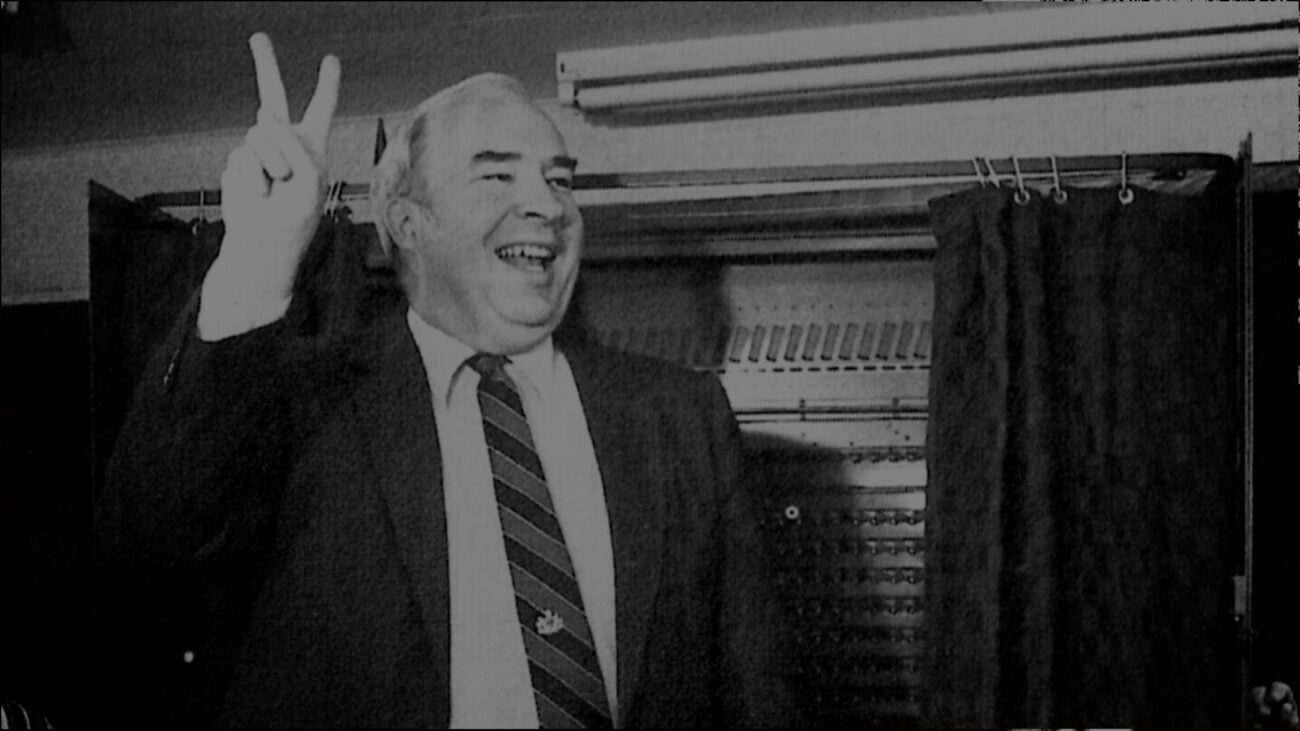 R. Budd Dwyer: Why did the former politician kill himself on live TV?

There’s something chilling about a filmed suicide: the knowledge the person on screen is about to die at their own hand by their own decision. From the filmed suicides of the 2006 documentary The Bridge to the infamous never-to-be-seen footage of Christine Chubbuck’s 1974 death, they’re all equally chilling in their own way to watch, different from documentaries on euthanasia.

While Chubbuck has a the distinction of being the first person to die by suicide in a live television broadcast, there’s one that is arguably more infamous than hers: R. Budd Dwyer. The former State Treasurer of Pennsylvania was facing down a scandal. Seeing no way out, he shocked the nation by committing suicide during a press conference. The worst part is? R. Budd Dwyer was innocent. 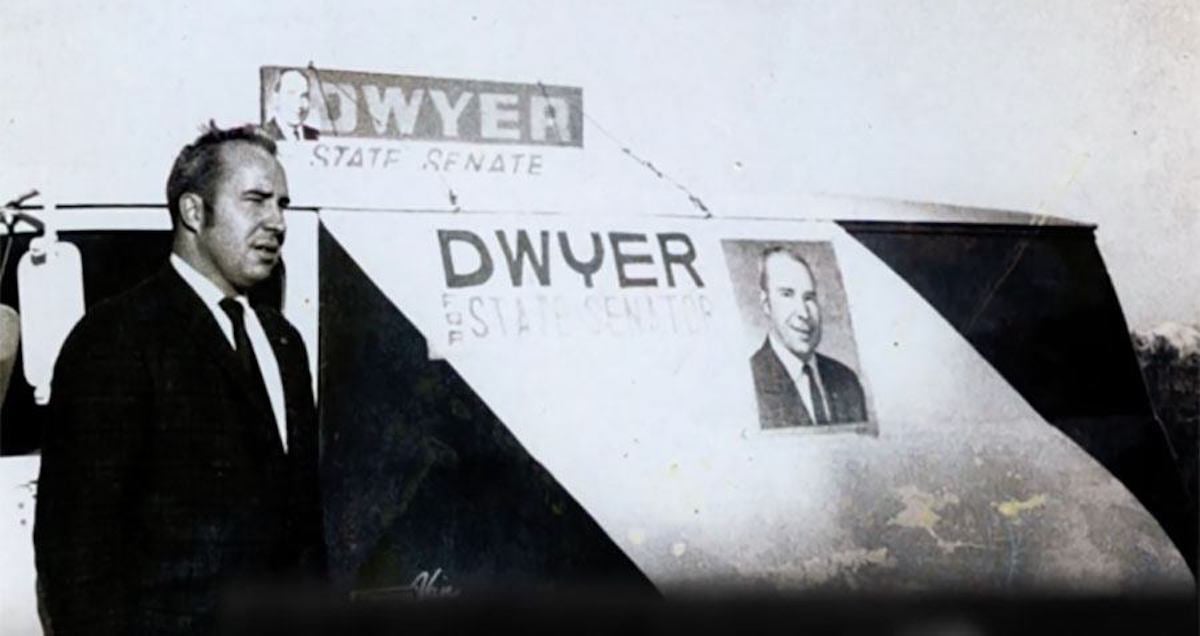 Who is R. Budd Dwyer?

At the time of his death, R. Budd Dwyer wouldn’t have been well-known outside of the Commonwealth of Pennsylvania. Dwyer was an active politician. He served from 1965 to 1971 in the Pennsylvania House of Representatives as a Republican. He then served as a member of the Pennsylvania State Senate from 1971 to 1981. After his third term in the State Senate, he decided to run for a higher level of public office.

Dwyer had a bachelor’s degree in accounting so he decided to run for State Treasurer of Pennsylvania. He won the seat in 1980 and again in 1984, winning the seat both times. He was married to his wife, Joanne Grappy, and had two children with her. They, for all appearances, looked like a normal, happy family. 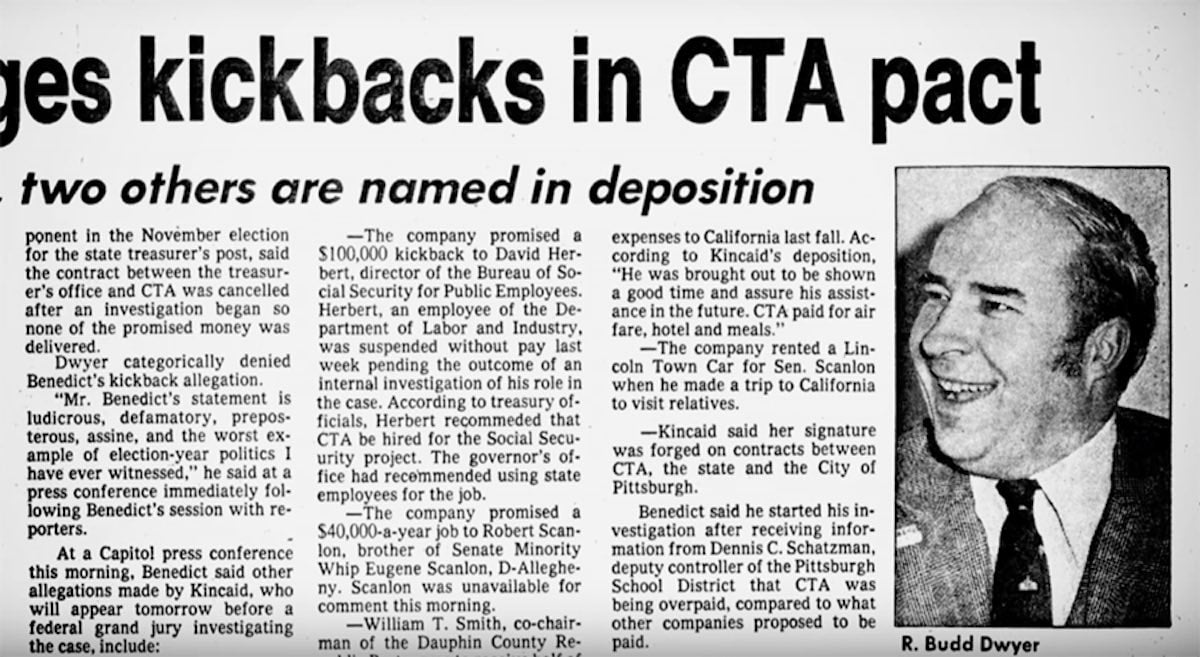 The Crimes(?) of R. Budd Dwyer

Pennsylvania was already having some money issues. Officials for the state discovered that some of its state workers had overpaid millions of dollars in Federal Insurance Contributions Act (FICA) taxes due to errors in state withholding. Naturally, this was a big contract to an accounting firm who had to determine what the state had to pay out to the workers.

When Dwyer took office, he was the one who awarded the contract, which was estimated at $4.6 million USD. It went to a California-based firm, Computer Technology Associates (CTA), which was owned by Pennsylvanian native, John Torquato Jr. Months later, Governor Dick Thornburgh received an anonymous memo about bribery allegations, naming Dwyer as one who benefited from the bribes.

Dwyer maintained his innocence, even turning down a plea deal, wanting his day in court. Unfortunately, he was found guilty of 11 counts including conspiracy, mail fraud, and perjury. R. Budd Dwyer was facing up to 55 years in prison with a $300,00 USD fine. Dwyer, however, had a plan to make sure that his family was taken care of. 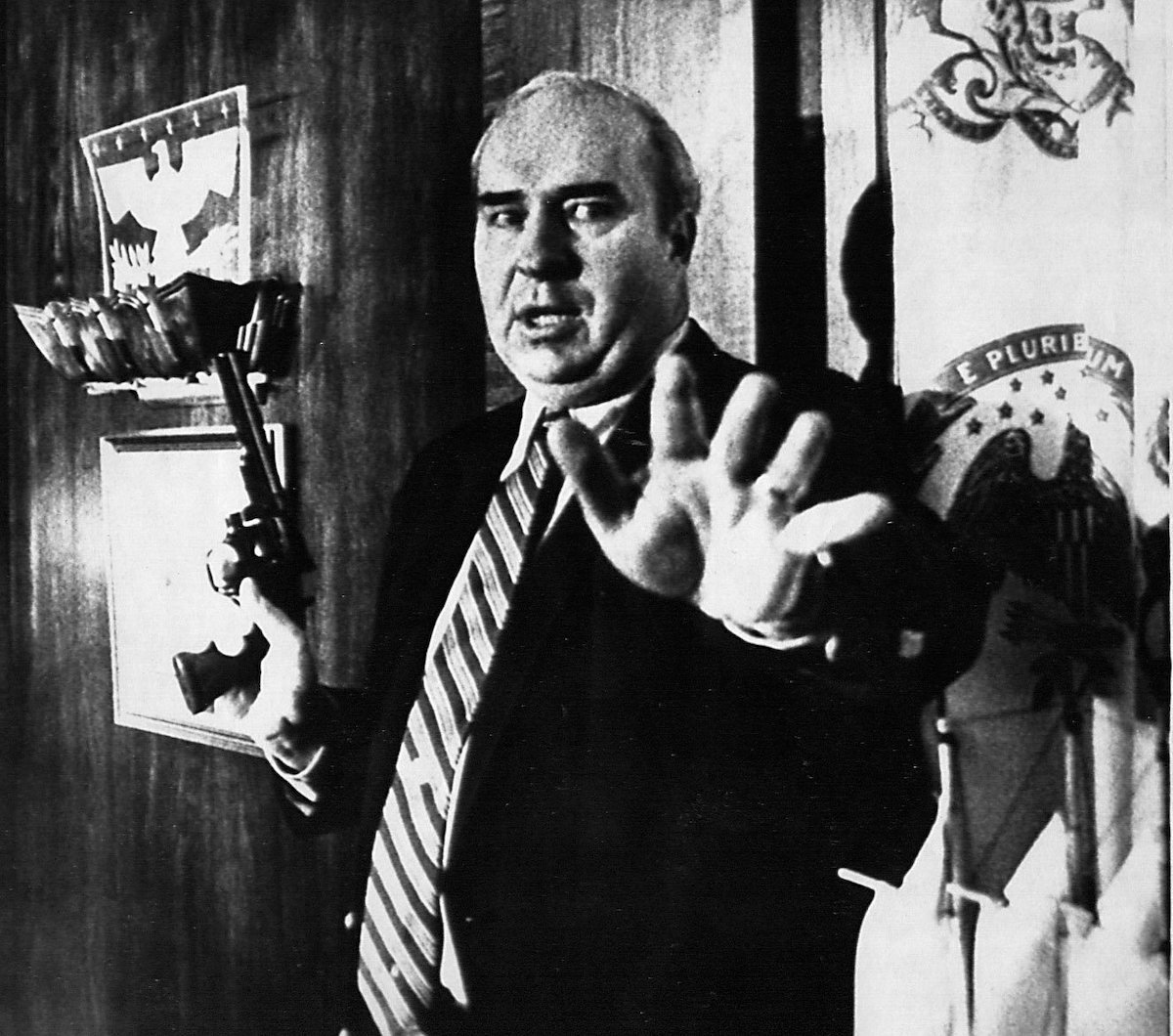 In front of a room of reporters in a press conference, Dwyer went off script, saying he refused to resign as State Treasurer and that he was going to die in office. He closed his statement by saying, “Joanne, Rob, DeeDee [sic] – I love you! Thank you for making my life so happy. Goodbye to you all on the count of 3. Please make sure that the sacrifice of my life is not in vain.”

Dwyer then pulled out an envelope that contained a .357 Magnum revolver, which he then quickly inserted into his mouth, and pulled the trigger. He died instantly. In front of a room of reporters and rolling cameras, R. Budd Dwyer committed suicide. Despite internet urban legends, Dwyer’s suicide wasn’t televised live. Though some news stations did show the unedited footage of his death.

In a 2010 documentary, Honest Man: The Life Of R. Budd Dwyer, William T. Smith, one of the key witnesses against Dwyer at trial, admitted that he had lied under oath about offering Dwyer a bribe in hopes of reducing his own sentence. Since Dwyer died in office and was not sentenced, his family were able to collect his death benefits, which totaled to $1.28 million USD. Dwyer’s name was never cleared on appeal. 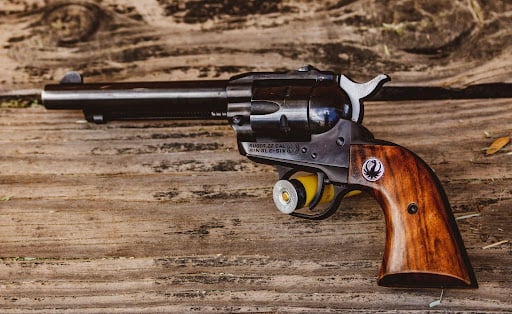 Does Owning A Gun Make Your Family Safe?