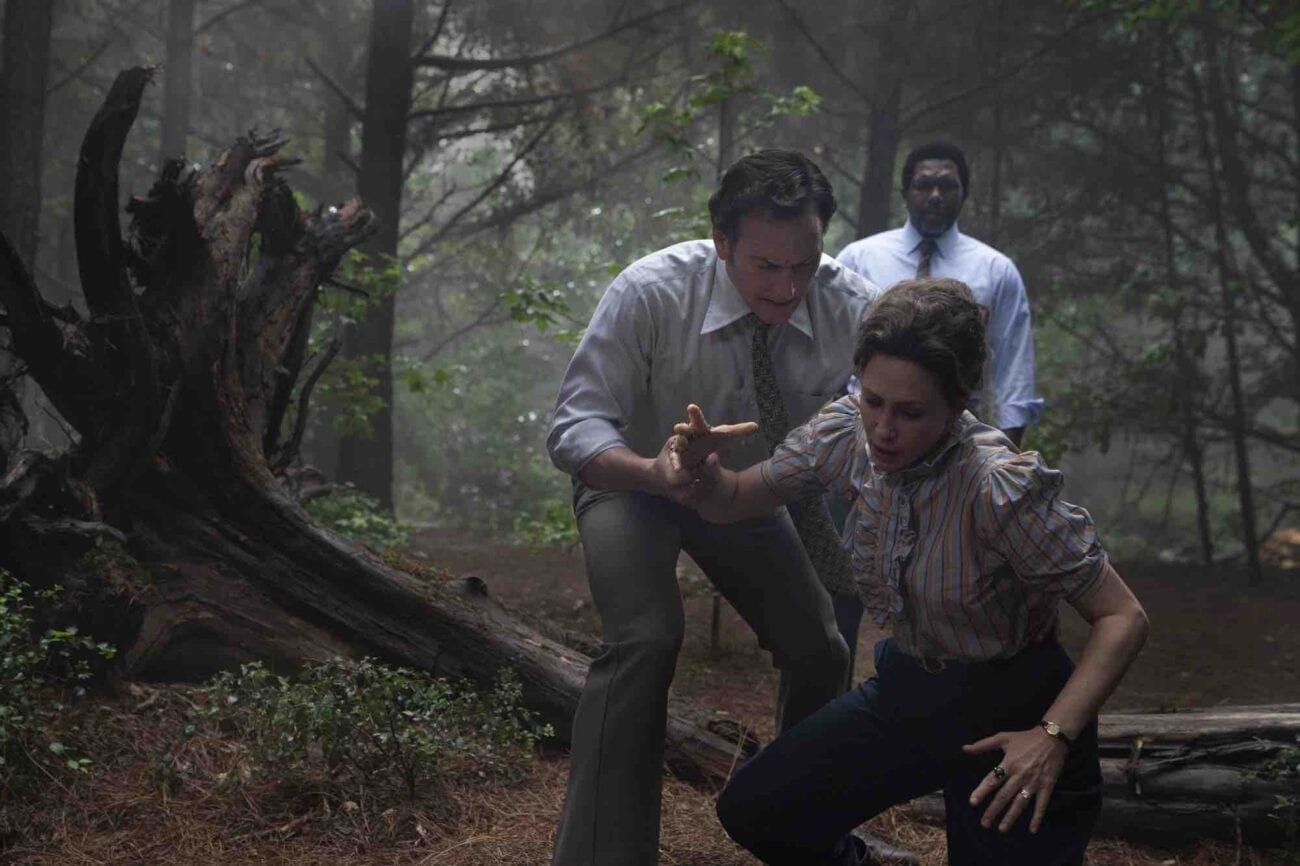 Which true story is ‘The Conjuring: The Devil Made Me Do It’ based on?

The Conjuring franchise is based on a true story. Or, well, several true stories of noted paranormal experts, Ed & Lorraine Warren. Now, whether or not you believe in the validity of the work of the Warrens is a whole different matter. What we can say, however, is that the film franchise has made some of the most terrifying horror movies in recent years.

The latest film in the franchise, The Conjuring: The Devil Made Me Do It, brings not only a true paranormal story, but a true crime story as well. In the latest film for The Conjuring franchise, we’re going into a terrifying true crime case that was all too real. Whether or not you believe that Arne Cheyenne Johnson was possessed comes down to your beliefs.

Instead, we’re going to share a story that will make you sleep with the lights on.

The story of Arne Cheyenne Johnson begins with the possession of a child. Not him. Debbie Glatzel, Johnson’s girlfriend (and later wife), and Johnson were moving into a rental property in Brookfield, Connecticut. While there, Glatzel’s 11-year-old brother, David, was helping them move into the property. He said that he had seen an old man, who attacked him.

No one believed David at first. Despite hearing odd noises from the property, no one but David ever saw the old man. Eventually, it turned into David being attacked by unseen forces, night terrors, and strange out of character behavior. A priest was called to help the child, who attempted to bless the house. When that failed and David worsened, the Warrens were called in.

David was subjected to a series of exorcisms in an attempt to expel the demon from his body. During one of these exorcisms, Arne Cheyenne Johnson challenged the demon possessing David. Shortly after, Johnson began to experience strange happenings around him: night terrors, marks on his body, losing periods of time. In order to try to protect the afflicted David, Johnson and Debbie moved out of her mother’s home.

All of these above events are covered in The Haunting episode “Where Demons Dwell” with testimony from the Glatzels & Johnson used in the episode. If you want a deep dive before The Conjuring tackles the events of this true story. (You can see a trailer for the film above as well.)

During this time, Debbie Glatzel got a job as a dog groomer with Alan Bono, who also rented to the couple. Following their move into an apartment close to her new job, Debbie noticed the odd behavior that Johnson was exhibiting and drew the comparison to David’s possession. She said that he would fall into trance-like states where he would growl at her, but later have no memories of what happened.

On Feb. 16, 1981, Arne Cheyenne Johnson called in sick to work before joining Debbie, his sister, Wanda, and Debbie’s nine-year-old cousin, Mary, at her job. Bono brought the group lunch from a local bar and proceeded to drink heavily. Bono became intoxicated and when Debbie tried to diffuse the situation, grabbed Mary and refused to let go. Arne got in Bono’s face while Mary was able to escape to the car.

According to witness testimony from Wanda, Debbie tried to calm the situation while Wanda tried to get her brother away from Bono. Arne, however, reportedly growled like an animal, took out a pocket knife, and stabbed Bono repeatedly. He would later die from the wounds in the hospital. Arne Cheyenne Johnson was discovered two miles away, bloody, and confused about what just occurred. 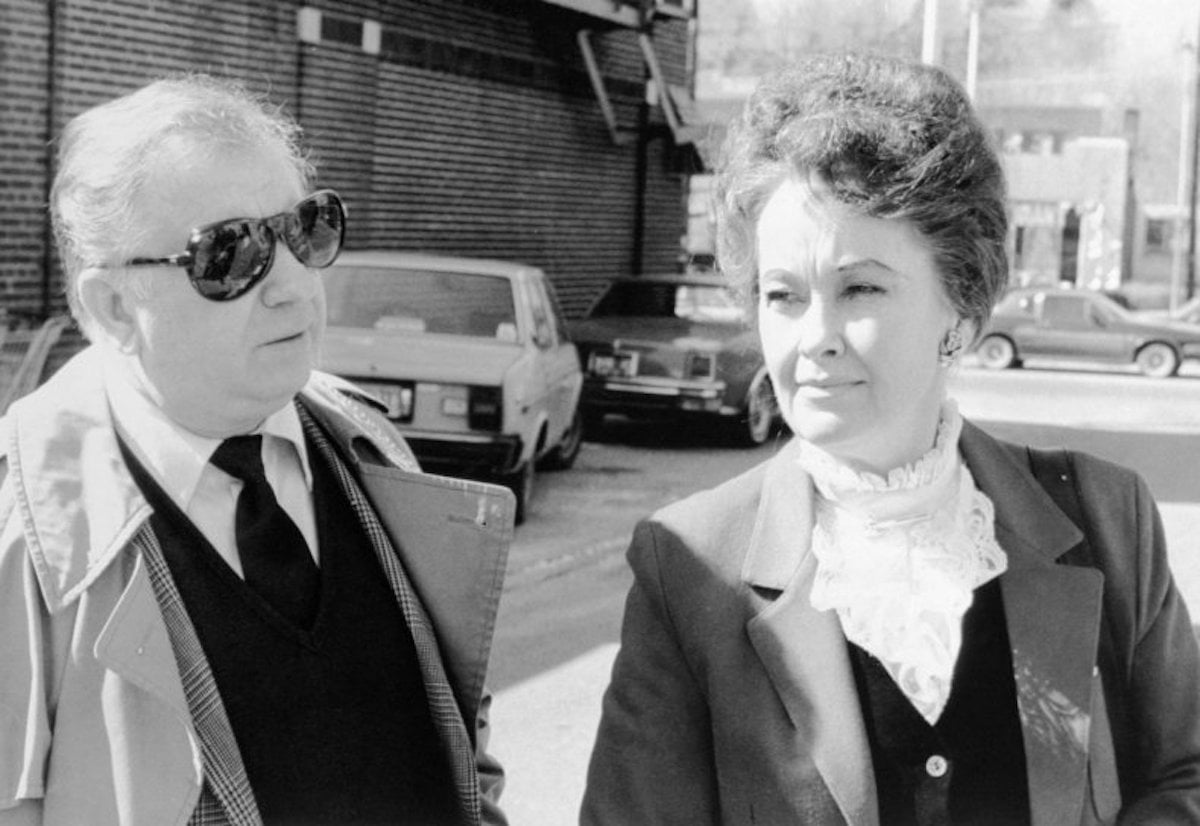 Did the jury buy the defense?

In the true story of the case of Arne Cheyenne Johnson that The Conjuring is covering, the jury convicted Arne Cheyenne Johnson of first-degree manslaughter. They were not allowed to consider evidence of demonic possession in the case, despite testimony from the Warrens, due to the defense also implying that Johnson acted in self-defense. He was given a 10-20 year prison sentence for the crime, but was out in five years.

Arne Cheyenne Johnson & Debbie Glatzel married and continue to support the testimony given by the Warrens. David Glatzel sued the Warrens with his brother Carl Glatzel Jr. So whether or not you believe the true story? That’s up to you. Either way, The Conjuring has one Hell of an interesting case to dramatize and terrorize in the latest movie.