The Boy in the Box– it almost sounds like a cute movie, friendly to all ages. However, the truth is far more heartbreaking. The Boy in the Box has an alternate name better alluding to the tone of his story– America’s Unknown Child.

The Boy in the Box’s real name is unknown. He was a four or five year old boy found, as you may guess, in a JC Penney bassinet box in the woods, dead. He was naked, but wrapped in a blanket. It was February of 1957.

The boy was never identified, nor was the killer. It is suspected his hair was trimmed shortly before he was deposited in the woods, possibly even after death. Police believe this because there were still clumps of hair on the body.

The boy also appeared severely malnourished. It seemed surprising nobody was able to identify the boy because he had several unique scars. There were two surgical scars, one on his groin and one on his ankle, as well as an ‘L’ shaped scar in his chin. 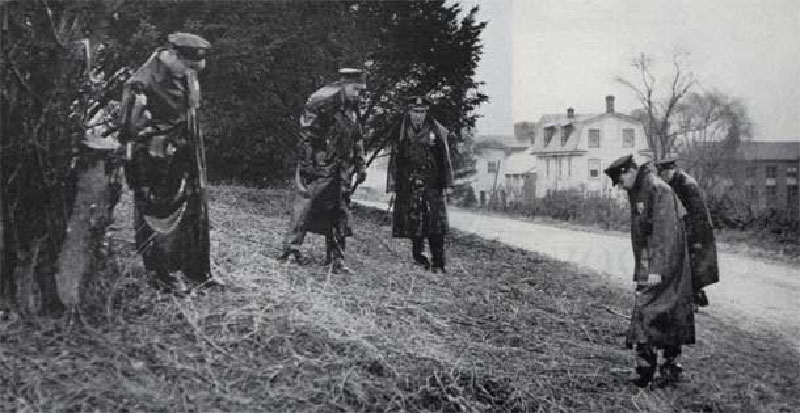 The Search for Answers

The Boy in the Box investigation was put at a disadvantage from the very beginning. The first person to find the boy was a man checking muskrat traps. Afraid authorities would force him to remove the traps from the woods, he decided against reporting the dead body.

The second man to discover the body was a college student who had the intent of spying on a nearby girls school. He delayed calling police until the next day because he too was worried about getting in trouble for his own actions.

Once the police were involved they fingerprinted the boy and wholeheartedly believed he would soon be identified. This was not the case. 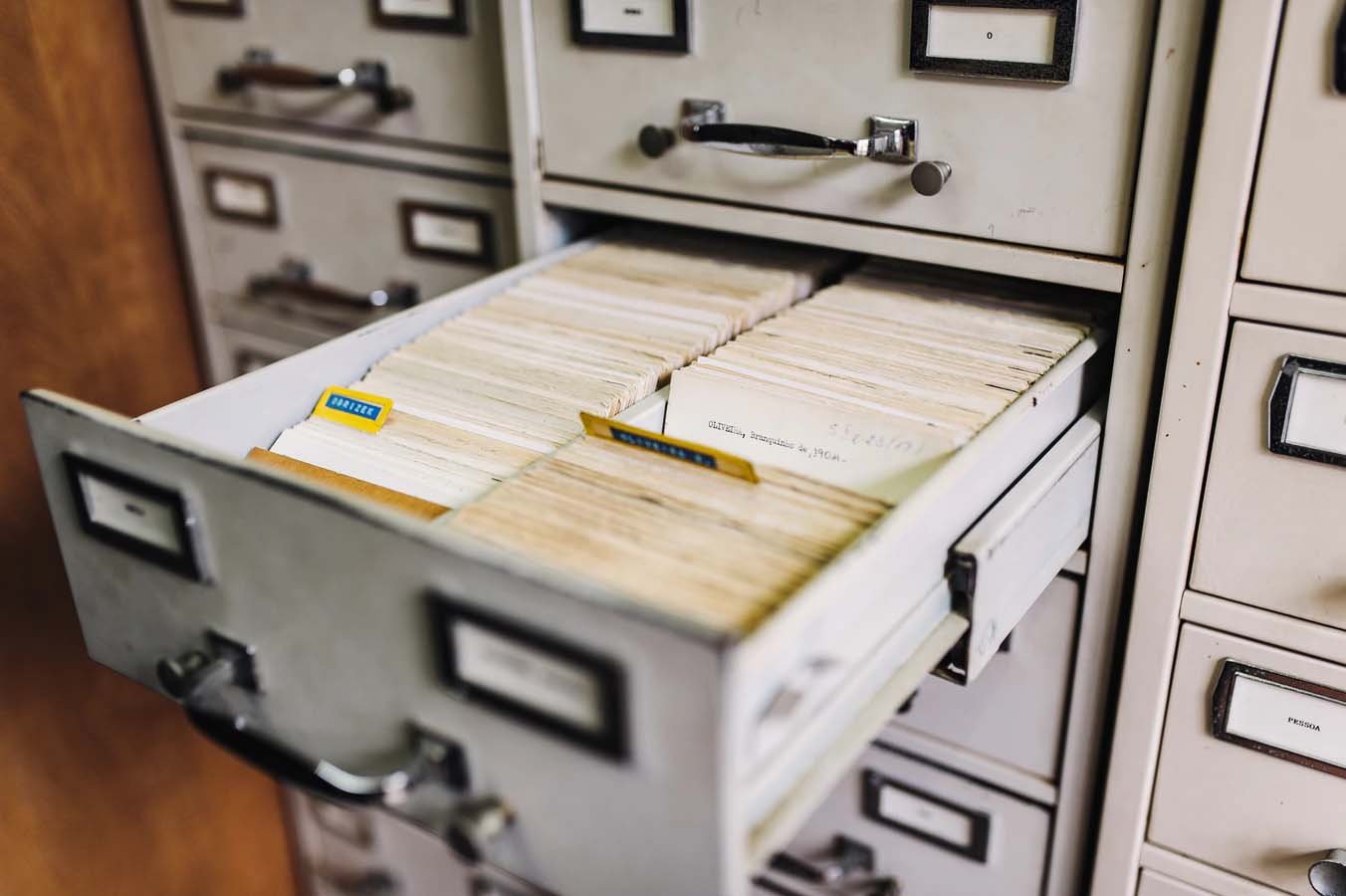 The case gained traction with the media. Multiple outlets reported on the crime and the search for a name and a culprit. 400,000 flyers were posted in the area, mailed, and attached to gas bills.

Police sent two-hundred and seventy recruits from the academy to search the woods. The only items found were a kid’s scarf, a man’s cap, and a handkerchief embroidered with the letter ‘G’. The clues led nowhere. 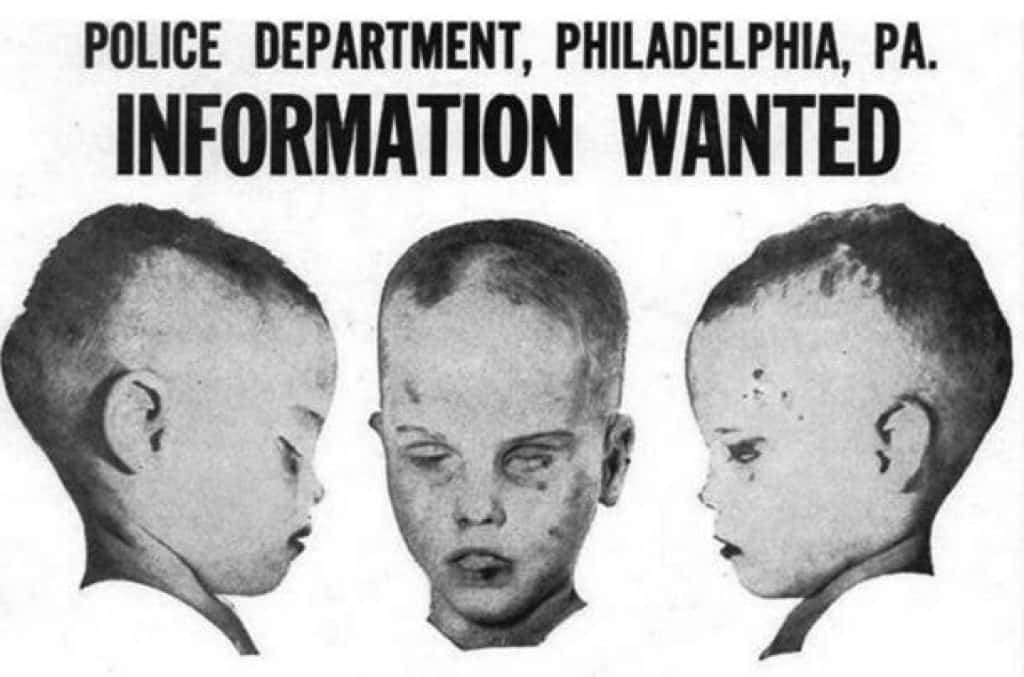 Investigators even went so far as to dress The Boy in the Box, prop him up in a chair, and take his photo to be distributed. This morbid act was done in order to give the public an idea of what the boy may have looked like alive.

Online people still attempt to find answers to who the boy was and what may have happened to him. Attempts include web sleuths, digital forensic reconstruction of his face, and even attempts and DNA profiling. Nothing has been successful, but there are various theories. 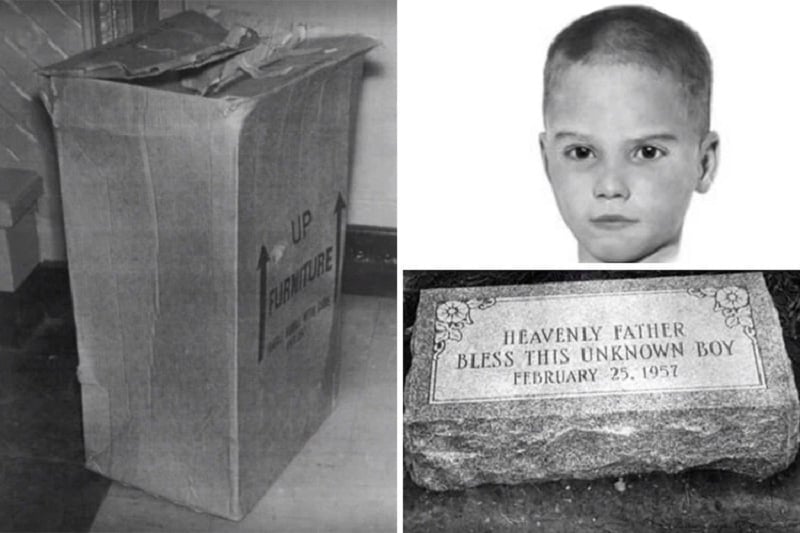 In February 2002 a woman came forward, identified solely by the name Martha. She claimed her mother bought The Boy in the Box from his birth parents in 1954. She said his name was Johnathan and once in her family’s household he was abused physically and sexually.

The day of his death Martha said Johnathan threw up his dinner of baked beans, and was beaten nearly unconscious. The boy was then given a bath, and during the bath he died. Martha said her mother then cut his hair to make it more difficult for the boy to be identified. 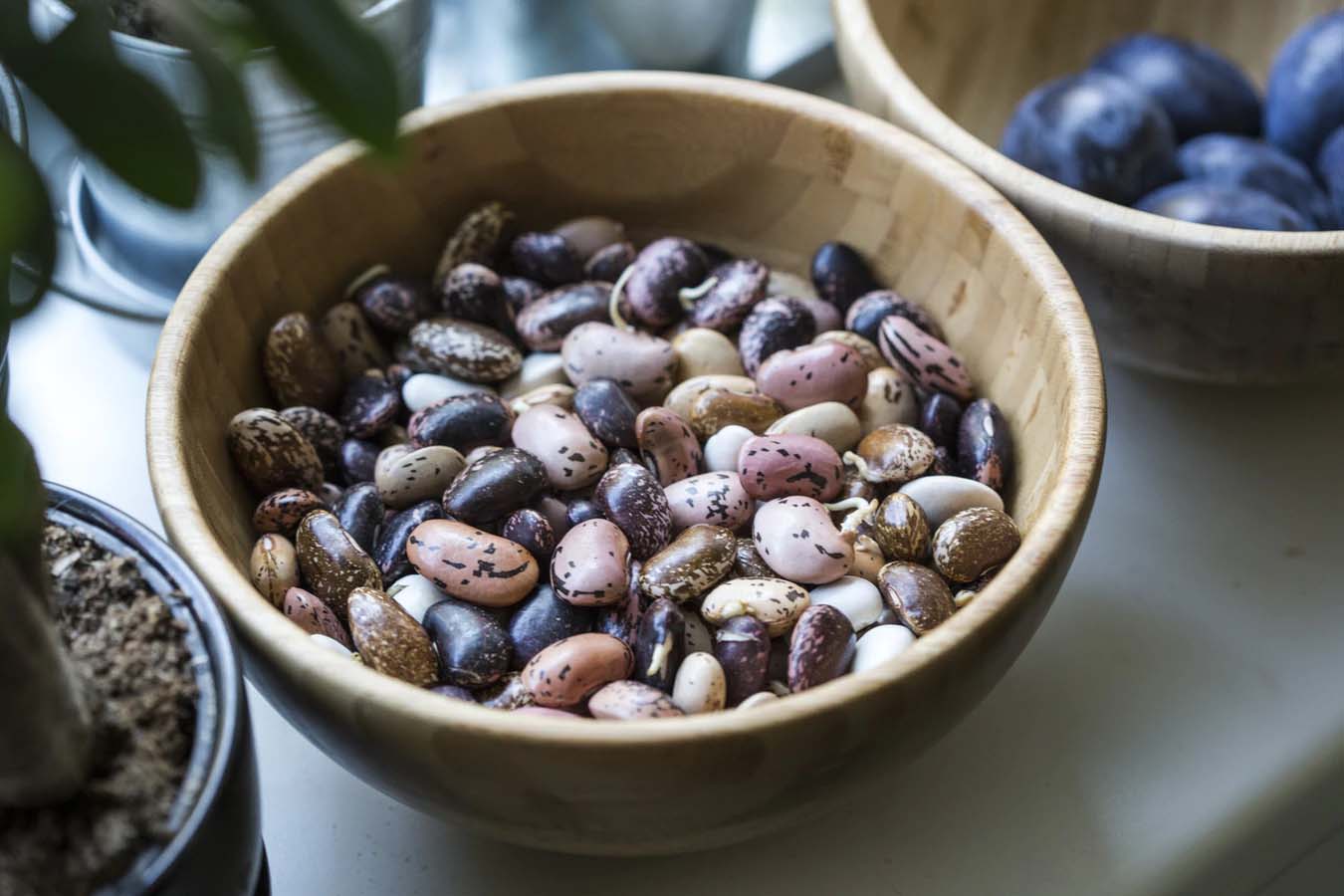 These claims fit well with information the police had withheld from the public. The autopsy had revealed what looked like baked beans as the boy’s last meal, and also his fingers had been wrinkled from water.

However, Martha’s claims could not be corroborated, and neighbors said a little boy had never lived with Martha’s family. Martha also had a history of mental illness, which makes her claims less credible to police. 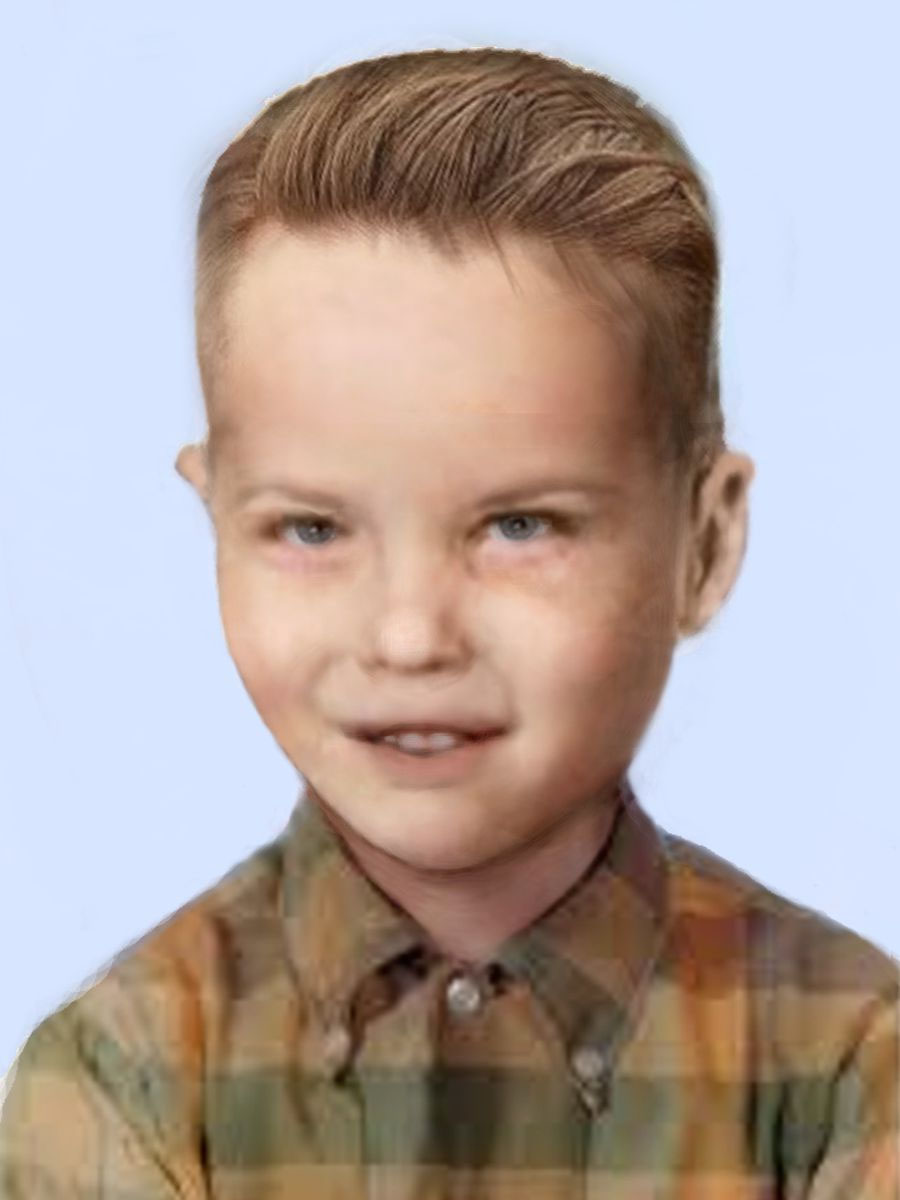 The Nearby Foster Home

In 1957 there was a foster home a mile and a half from where The Boy in the Box was found. In 1960 a medical examiner determined to move the case forward visited an out-of-state psychic. She led him directly to the foster home.

The medical examiner attended an estate sale from the house and found a bassinet similar to the one advertised on the box the boy had been found in. Similar blankets hung on a clothing line to the one he had been wrapped in too. 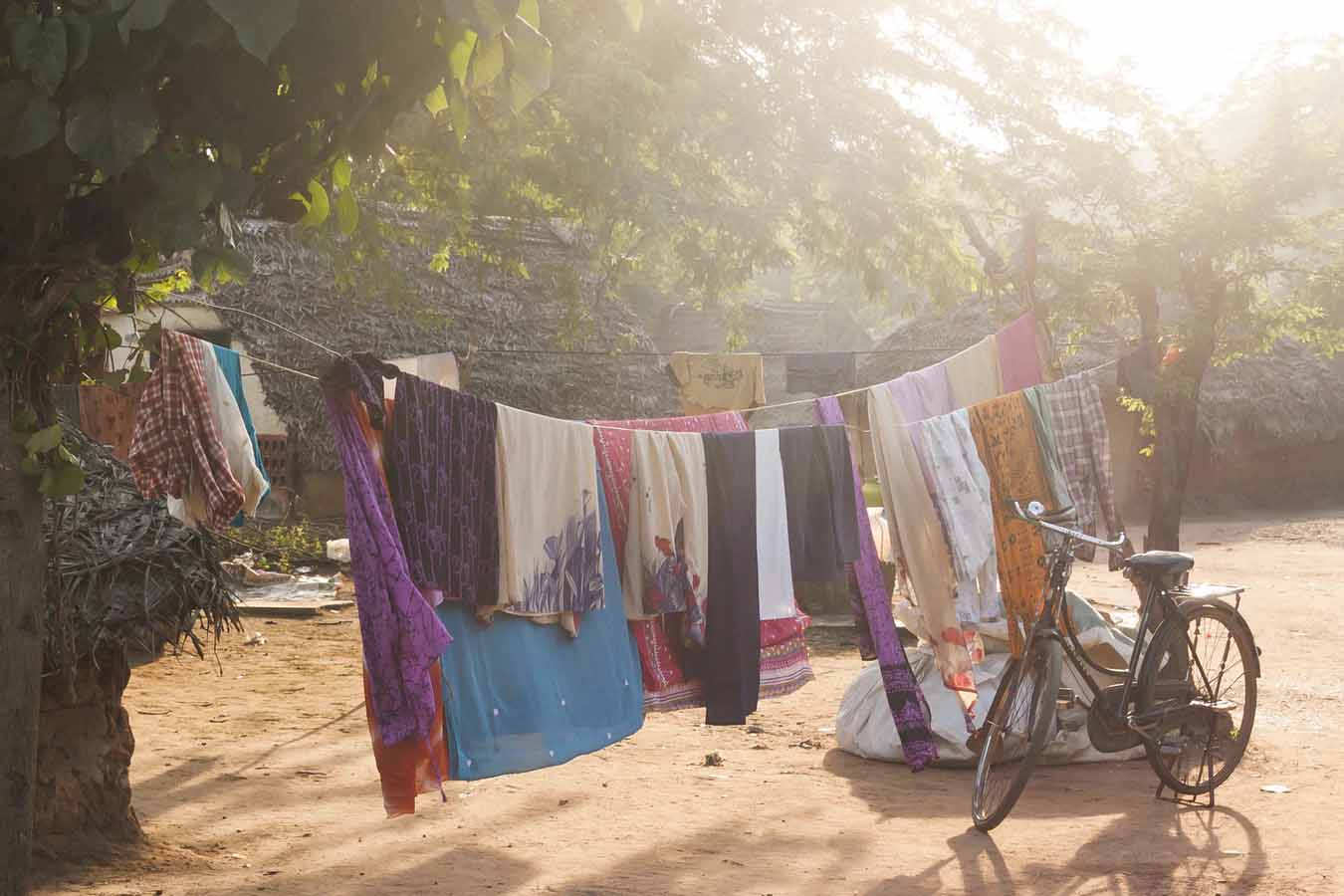 The medical examiner’s theory was the boy belonged to the stepdaughter of the man who ran the foster home. He believed the death had been an accident and the boy was left in the woods to prevent anyone from finding out the girl was an unwed mother. Investigators were unable to find any evidence that proved this theory. 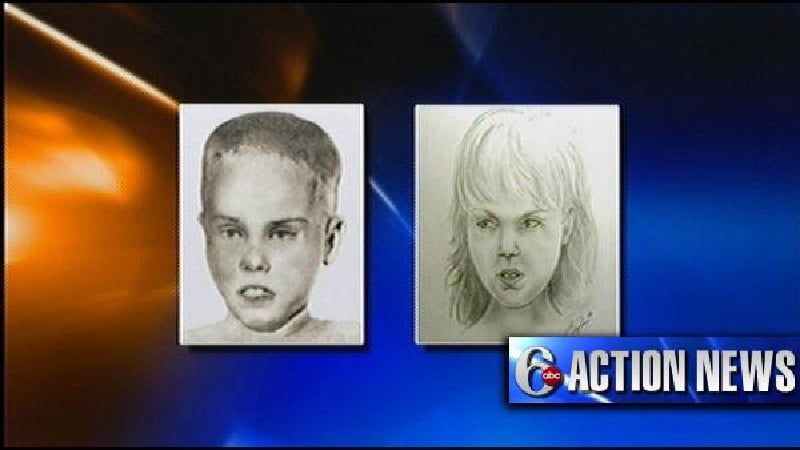 Though the people who believe this theory have very little evidence for their claims, save for the way the boy’s eyebrows were styled and the fact his hair had been cut.

With over half a decade between the present and the heartbreaking crime, it’s unlikely anyone will find concrete answers. But this hasn’t stopped anyone– people continue to have hope they can finally lay the memory of The Boy in the Box to rest when they find answers.