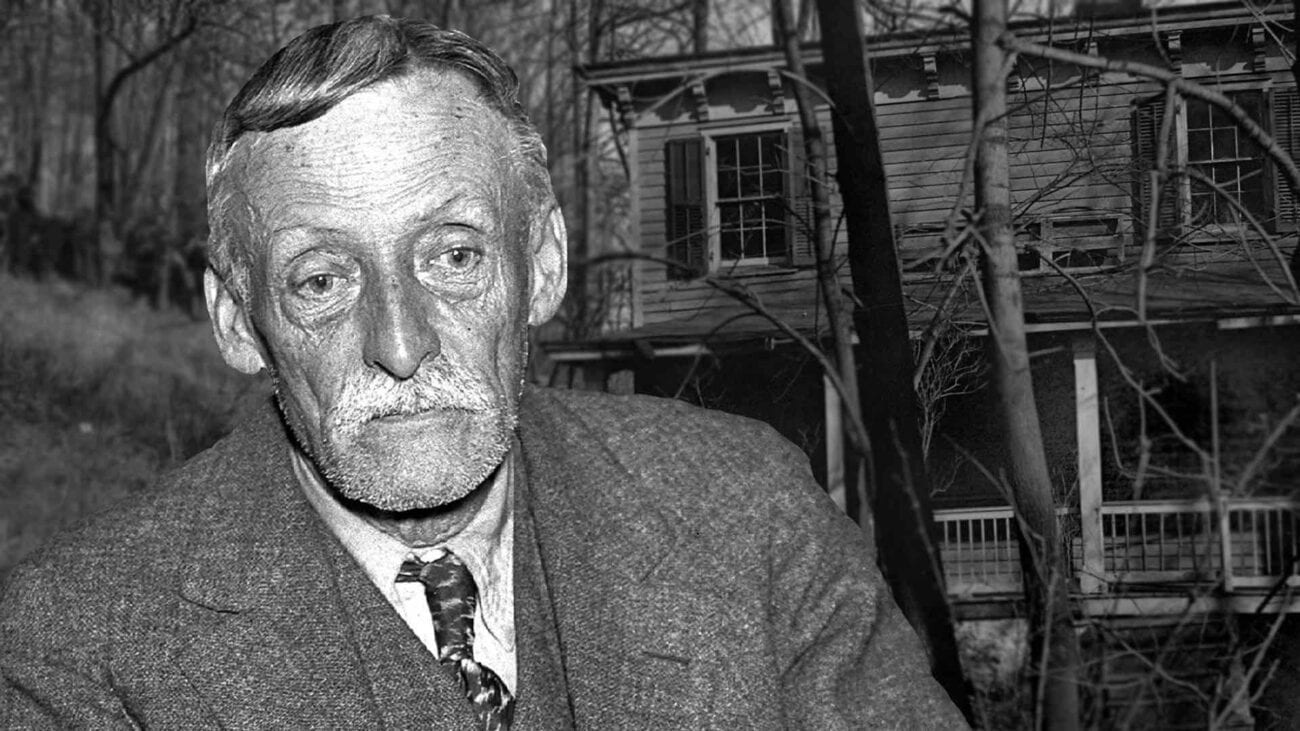 Albert Fish: Do these letters make him the most twisted cannibal?

We’ve written about a lot of down-right sickos here on Film Daily, but we assure you, this guy’s is one of the sickest. Albert Fish had things such as flogging himself with a nail-studded paddle as a hobby and eating young children as a favorite pastime.

Albert Fish also enjoyed embedding needles into his groin and stomach. Have we convinced you that this guy is twisted yet? Well, guess what? He gets even more twisted. Fish didn’t find it bad enough that he stole the lives of the children he ate. He even entertained himself with writing letters about his victims to taunt the grieved. 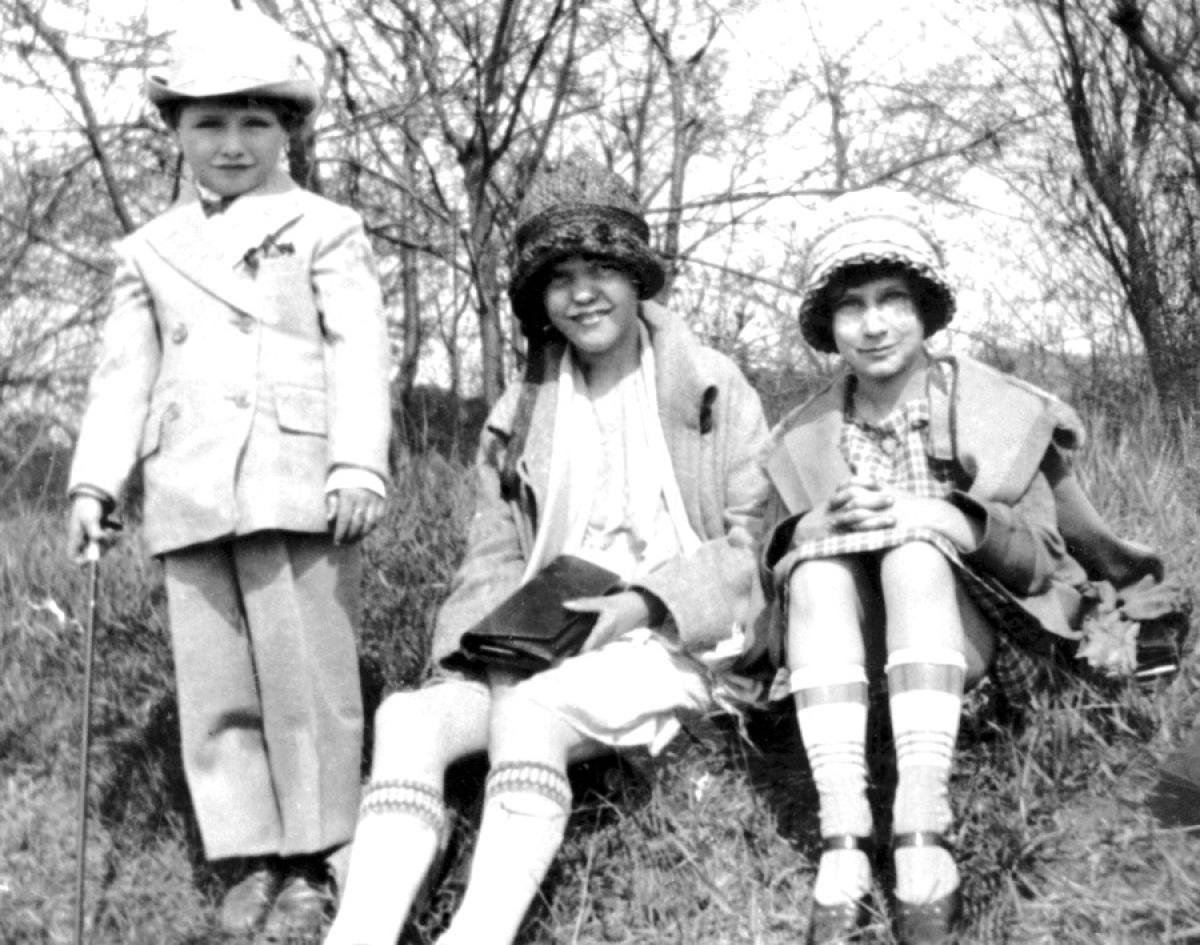 The prelude to Albert Fish’s evil letter about Grace Budd

Albert Fish had been killing and eating children a long time before he wrote one of the most evil letters ever written. Fish had made it a habit to steal black and/or homeless children. He chose his victims for who wouldn’t be missed. On occasion though, he’d fish for flesh in the work-seeking section of periodicals.

Fish would lure a young person to a secluded area under the pretense of giving them work and then set to work torturing, raping, and eating them. It was the desire for a situation like this that led Fish to Grace Budd.

Fish had read about an 18-year-old named Edward Budd in the newspaper who was looking for farm work. Fish originally planned to lure Edward away and murder him, but when Fish arrived at the Budd’s home and met Edward’s ten-year-old sister, he changed his plans. 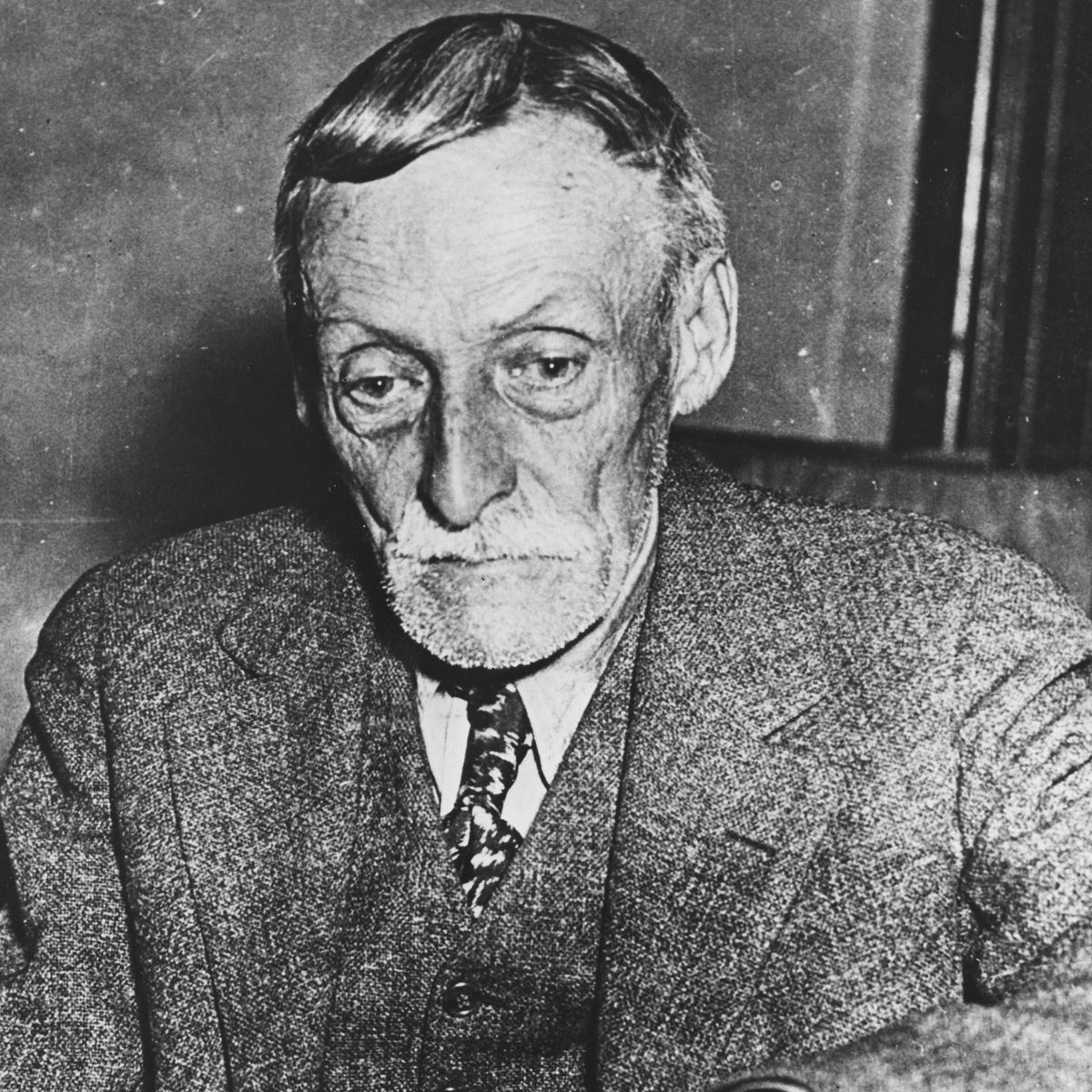 Fish found Grace much more pleasing to his cannibal sensibilities. He made up a story about going to a niece’s birthday party and wondered aloud if Grace would like to accompany him. In this day and age it would be unthinkable to let your child wander off with a man you barely knew.

Honestly, even for the early 1900s that seems like a singularly bad idea. Unfortunately, Grace’s parents thought that Fish was a kind gentleman who only wanted to share some joy with a child. Poor grace would never make it to the imaginary niece’s birthday party, or see the light of another day for that matter. 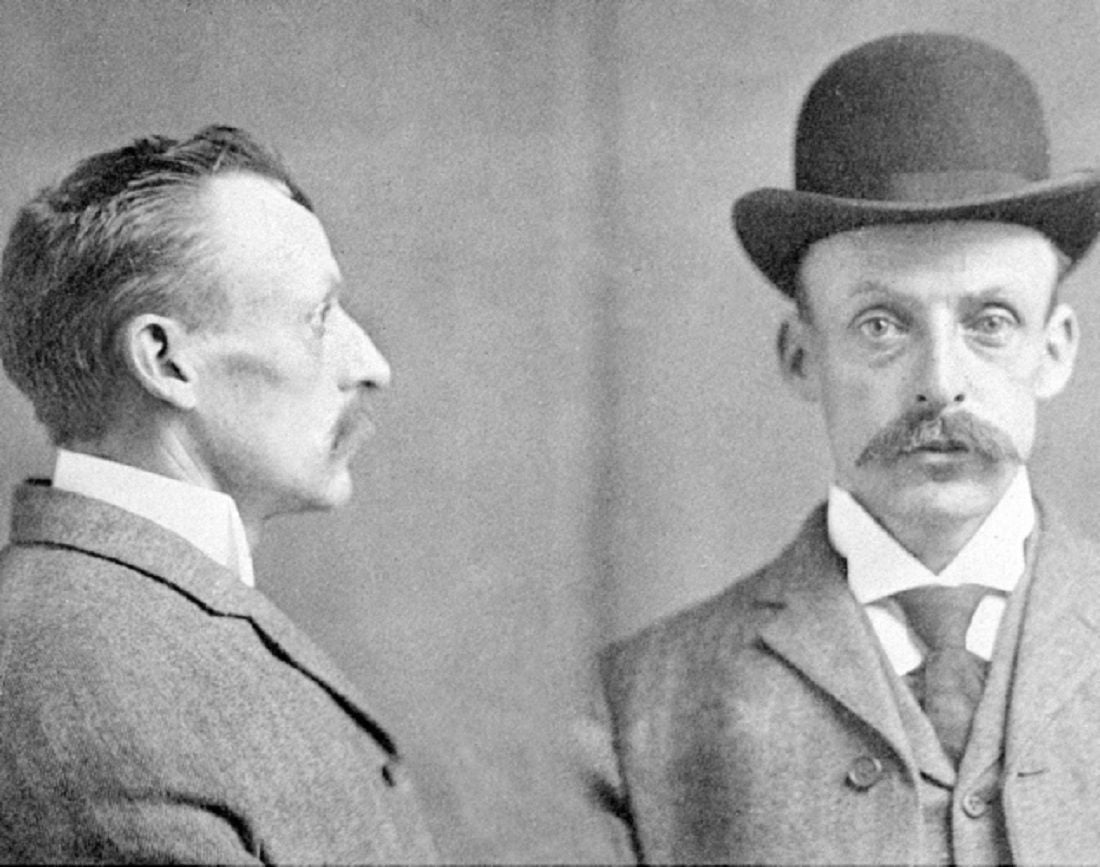 A letter from Albert Fish to Mrs. Budd

Only read on if you have a strong stomach and iron tear ducts. It’s absolutely convoluted how Fish snidely recounts the death of little Grace. He spares no details. In fact, he clearly relishes them. We can only imagine the disgust and grief Grace’s mother must have felt learning of her daughter’s fate.

Fish began the letter talking about a supposed Chinese neighbor that introduced him to cannibalism. He talks about how this neighbor experienced a famine in China that made the organized consumption of other humans normalized. He goes on about how people could go into shops and demand what cut of child they wanted to take home to eat. The veracity of this story is questionable. He then tells Mrs. Budd of Grace’s fate. 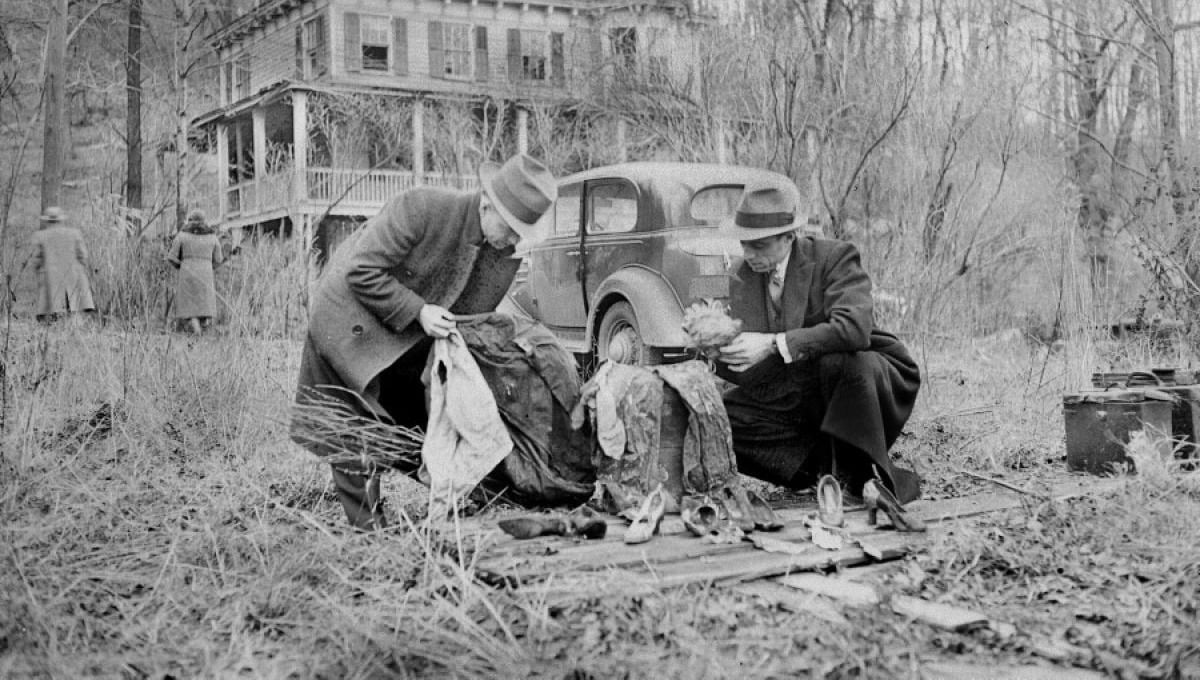 On the pretense of taking her to a party, you said yes, she could go. I took her to an empty house in Westchester I had already picked out. When we got there, I told her to remain outside. She picked wildflowers. I went upstairs and stripped all my clothes off. I knew if I did not I would get her blood on them.

When all was ready, I went to the window and called her. Then I hid in the closet until she was in the room. When she saw me all naked she began to cry and tried to run down the stairs. I grabbed her and she said she would tell her mamma.

First, I stripped her naked. How she did kick, bite, and scratch. I choked her to death, then cut her in small pieces so I could take the meat to my rooms, cook, and eat it. How sweet and tender her little ass was roasted in the oven. It took me 9 days to eat her entire body. I did not fuck her, though I could have if I wished. She died a virgin.” 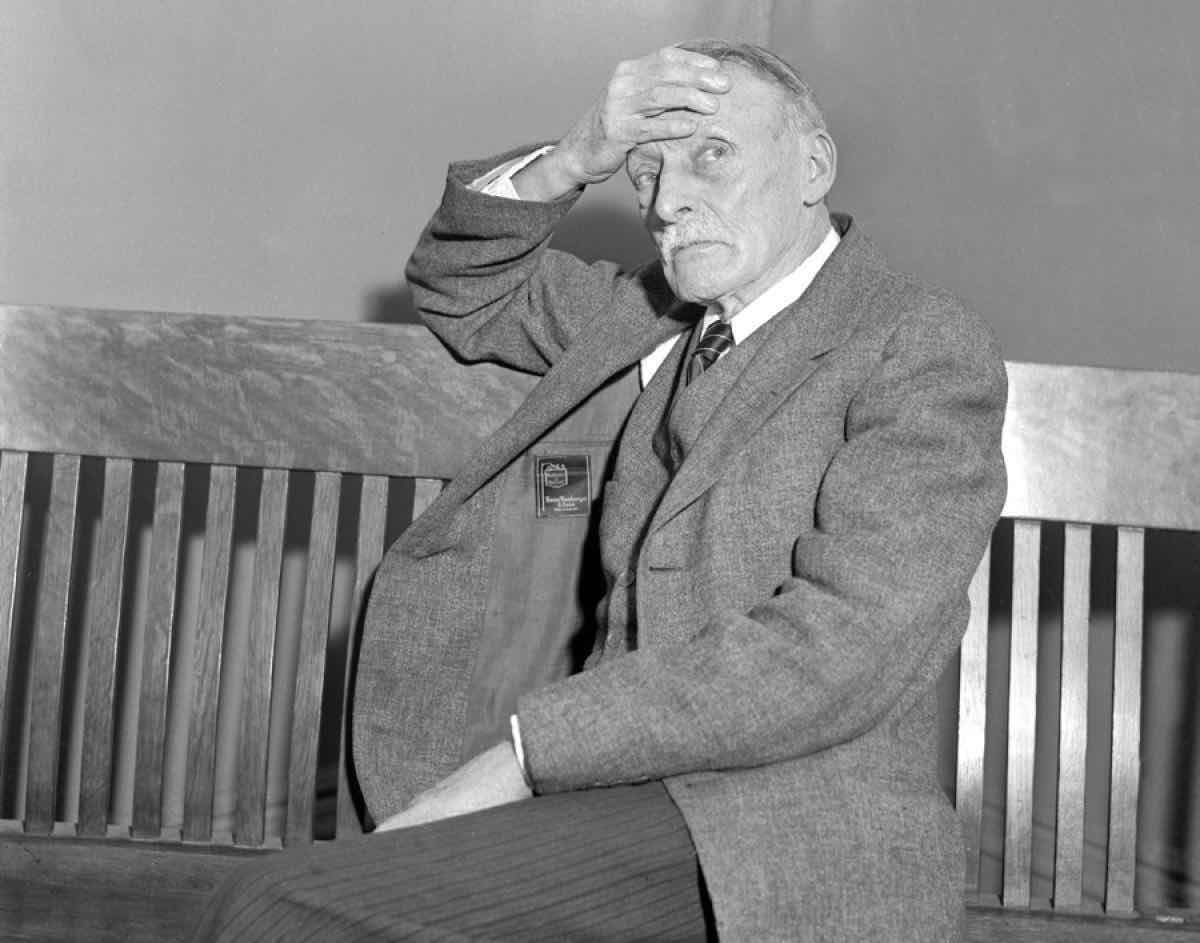 The letter to Grace’s mother was not the only letter Albert Fish wrote. He also wrote a letter about a boy named Billy Gaffney. Although almost impossible to imagine, this letter is even more gruesome than the one about Grace. Fish addressed this letter to his attorney for his confession. This vile obscenity of a composition was written as follows:

“I brought him to the Riker Ave. dumps. There is a house that stands alone, not far from where I took him . . . I took the boy there. Stripped him naked and tied his hands and feet and gagged him with a piece of dirty rag I picked out of the dump. Then I burned his clothes. Threw his shoes in the dump. Then I walked back and took the trolley to 59 St. at 2 A.M. and walked from there home.

“Next day about 2 P.M., I took tools, a good heavy cat-of-nine tails. Home made. Short handle. Cut one of my belts in half, slit these halves in six strips about 8 inches long. I whipped his bare behind till the blood ran from his legs. I cut off his ears – nose – his mouth from ear to ear. Gouged out his eyes. He was dead then. I stuck the knife in his belly and held my mouth to his body and drank his blood. 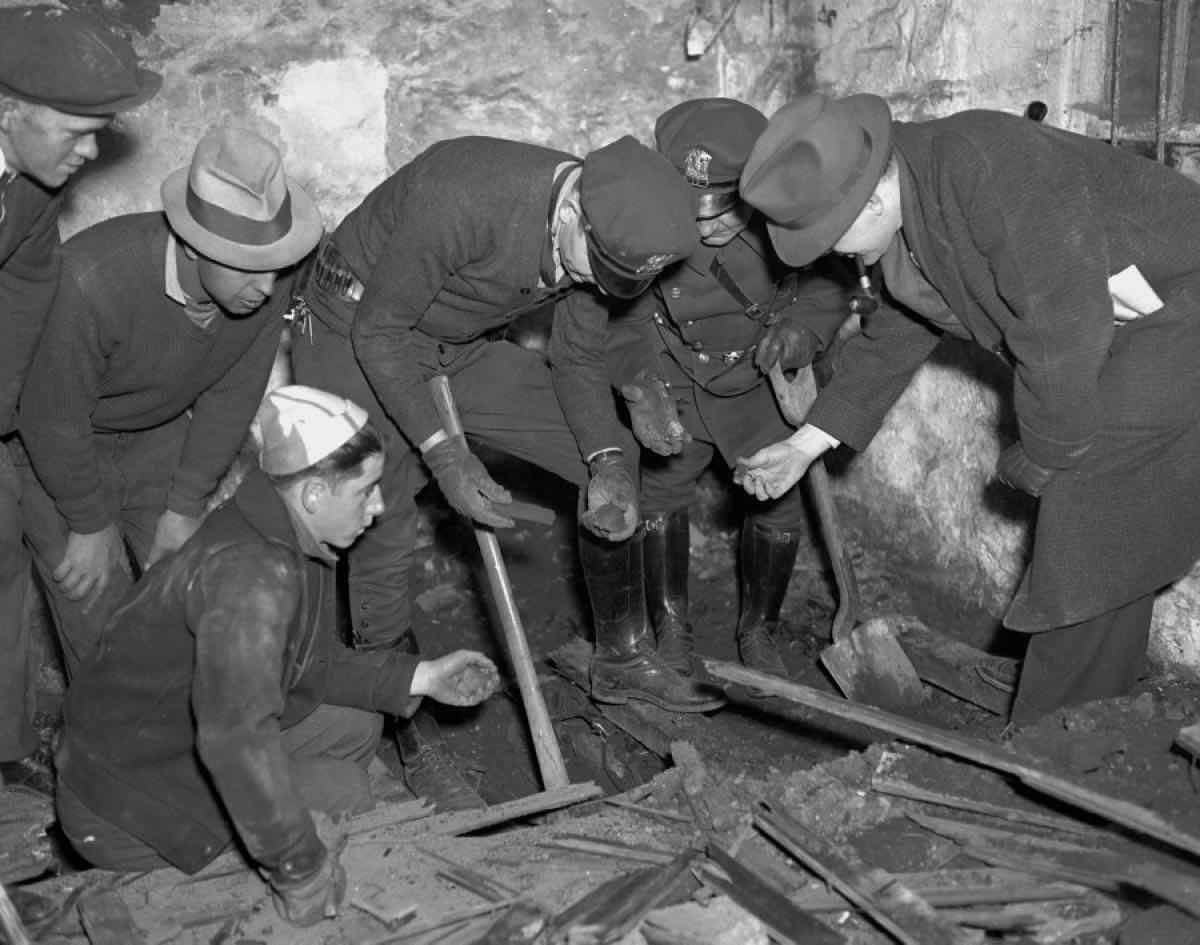 “I picked up four old potato sacks and gathered a pile of stones. Then I cut him up. I had a grip with me. I put his nose, ears and a few slices of his belly in the grip. Then I cut him through the middle of his body. Just below the belly button. Then through his legs about 2 inches below his behind.

“I put this in my grip with a lot of paper. I cut off the head – feet – arms – hands and the legs below the knee. This I put in sacks weighed with stones, tied the ends and threw them into the pools of slimy water you will see all along the road going to North Beach.

“I came home with my meat. I had the front of his body I liked best. His monkey and pee wees and a nice little fat behind to roast in the oven and eat. I made a stew out of his ears  nose – pieces of his face and belly. I put onions, carrots, turnips, celery, salt and pepper. It was good. 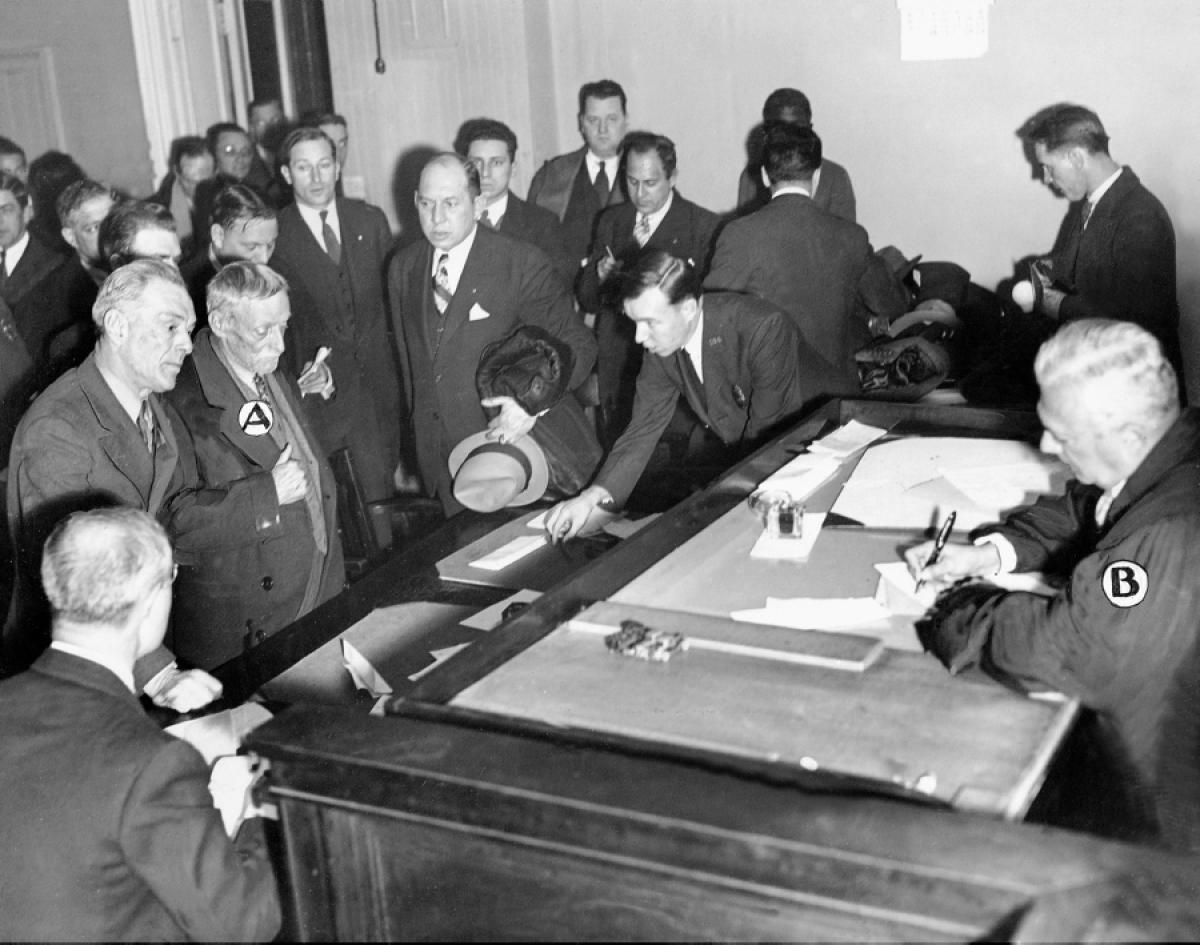 “Then I split the cheeks of his behind open, cut off his monkey and pee wees and washed them first. I put strips of bacon on each cheek of his behind and put them in the oven. Then I picked 4 onions and when the meat had roasted about 1/4 hour, I poured about a pint of water over it for gravy and put in the onions. At frequent intervals I basted his behind with a wooden spoon. So the meat would be nice and juicy.

In about 2 hours, it was nice and brown, cooked through. I never ate any roast turkey that tasted half as good as his sweet fat little behind did. I ate every bit of the meat in about four days. His little monkey was a sweet as a nut, but his pee-wees I could not chew. Threw them in the toilet.”

The only thing that can make us glad Fish wrote these evil letters is that his letter to Mrs. Budd led to his capture. Police were able to track Fish down by the stationary he had written on. The fool had used stationary from the inn he was staying at. Albert Fish was executed by electric chair on January 16, 1936.