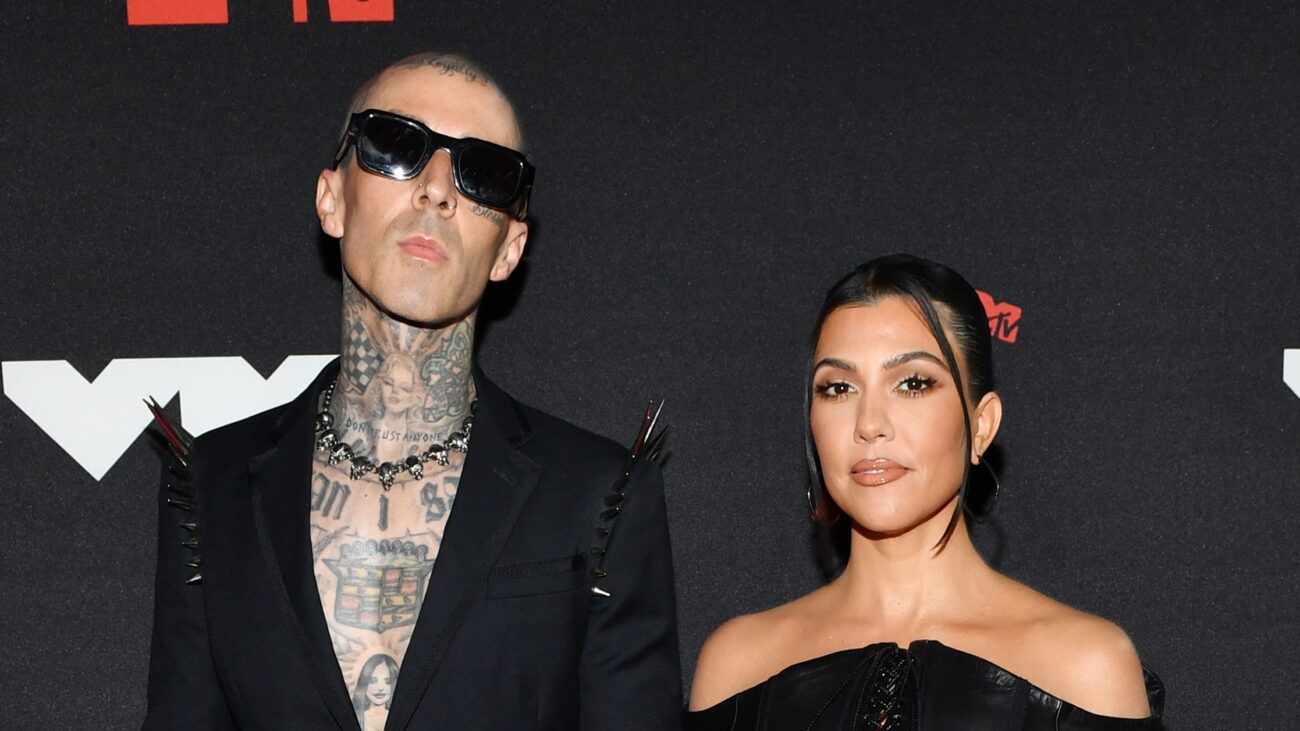 Well folks, the American royal family is about to get one millionaire bigger. That’s right, the Kardashians are expanding their ever-growing empire with a new family member. This time, the Kardashian news roulette wheel has landed on Kourtney, and the supernova celeb is about to bring a partner into her world for keeps, as reports told readers this weekend that Kourt is engaged.

An engagement is always exciting in the world of celebrity gossip, and even more so if the couple actually goes the distance. The Kardashians are a lot to keep up with (see what we did there?), and if you’ve been spending your time following Kimye’s drama or Caitlyn’s hot takes, you might not know the details about Kourtney’s highly manicured public romance.

Well, if you don’t know about Kourtney Kardashian’s love affair with Travis Barker, you must be taking a break from social media. The couple has been nauseatingly public about their romance, sharing photos & videos of eachother kissing, embracing, and even sucking one another’s thumbs (shudder).

TMZ reported on Sunday that the couple has been dating since early 2021, but Travis has been a friend of the family for years. If you’re a Kardashian fan (whatever that is), you know Kourtney has had her fair share of romance with similarly wealthy members of the elite. So who is this Travis Barker fellow covered from head to toe in tattoos we keep seeing on her arm, joining two seemingly antithetical vibes? 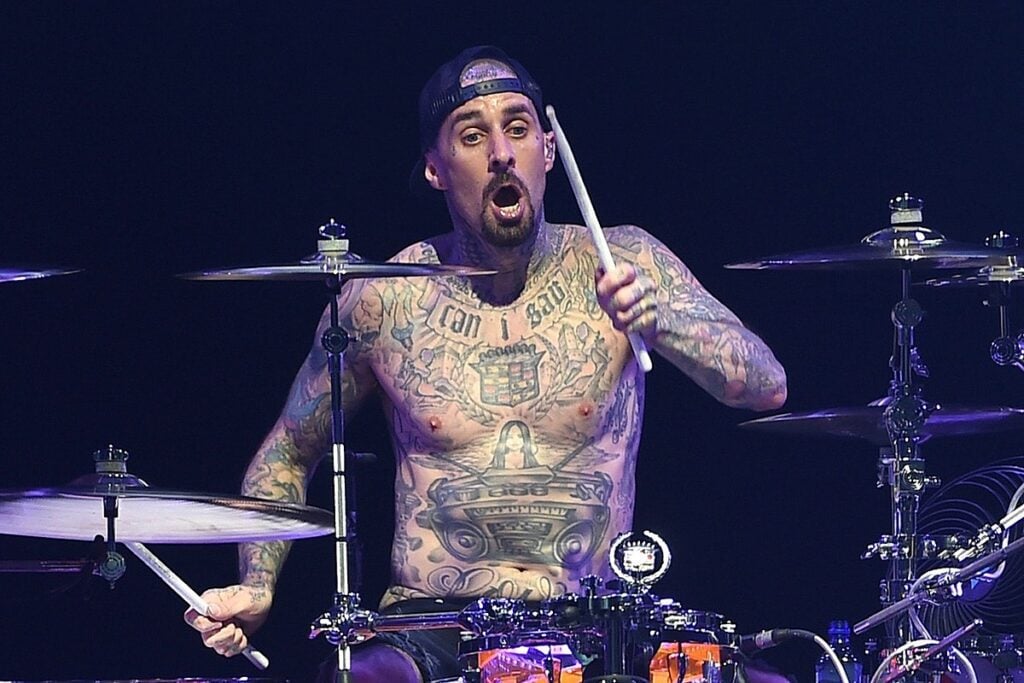 Part of the reason why people seem so interested in the romance of Travis Barker & Kourtney Kardashian is because they come from two wildly different worlds. We know Kourtney was born into, well, the life she got, but what about Travis Barker?

He might be in the mainstream now, but punks around the world have known Travis Barker well for years. The drummer’s beginnings in the ska band The Aquabats led him to join pop punk icons Blink 182, who helped bring the genre into the public eye in the early 2000s.

Blink remains huge, but throughout his career Barker grew to become renowned as one of the world’s greatest living drummers. As a result, he’s backed up acts across the board of genres from hip-hop stars like $uicide Boy$, and most recently Young Thug, to metal icons like Slipknot’s Corey Taylor. Now that Kourtney is with Barker, the drummer’s mainstream success is peaking, and before long, everyone will know who he is. 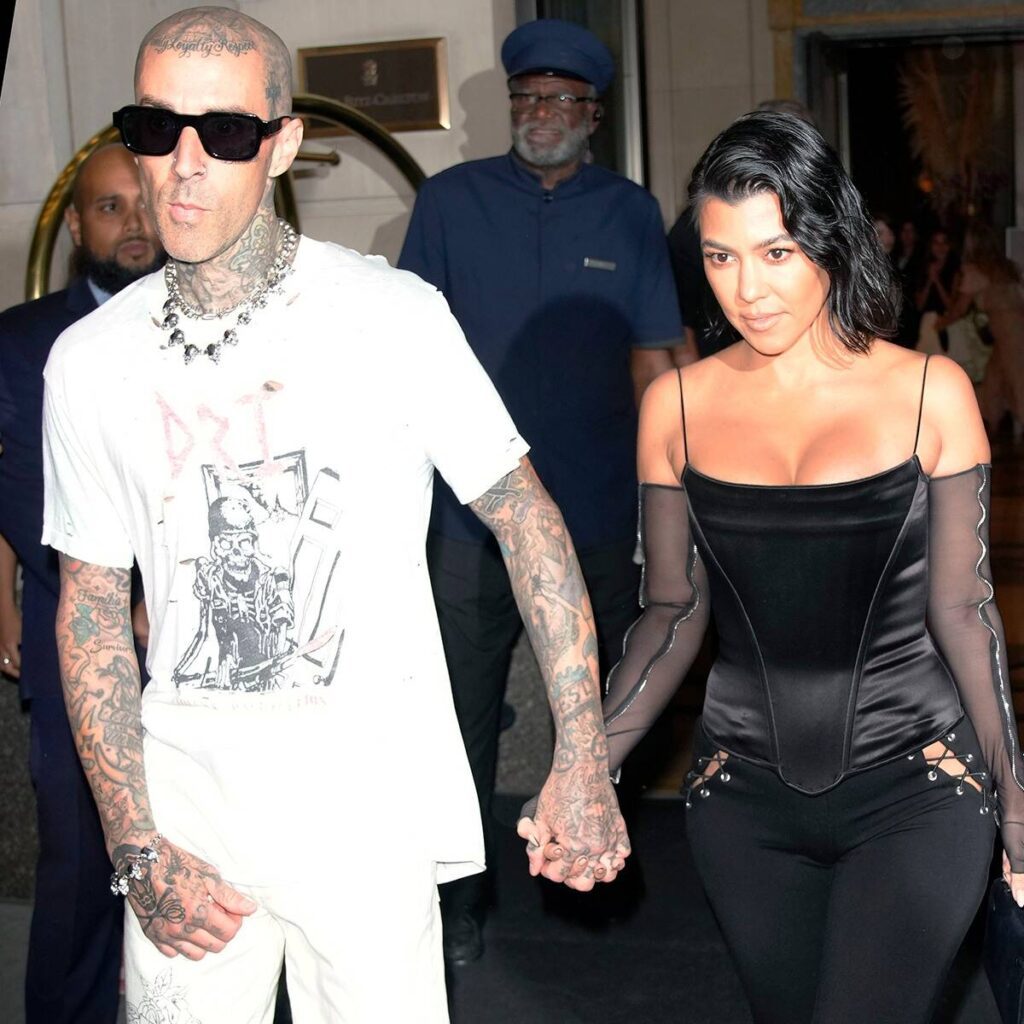 Kourtney Kardashian couldn’t be less punk if she tried, but the socialite managed to give Travis Barker a reason to give up the bachelor rock star life for good.

Reports say Barker’s engagement was as extravagant as they get, when the celebrated musician got down on one knee amid a massive (and we mean massive) display of roses on the beach.

It’s unclear exactly who was there for the engagement, but the evening was documented by some of Kourtney’s closest confidants, as shown by an IG story Kim posted of the two making out. Kourtney is wearing a huge rock in the video, so we can safely say the elite celeb said yes. Kourtney posted her own pictures of the romantic proposal on her IG, simply writing “forever” and tagging her soon-to-be husband. Isn’t that special?

The jury is out on when the two will walk down the aisle, but when they do, Barker will have quite a proposal to top.

Who is your favorite Kardashian to check in on? Sound off in the comments below!