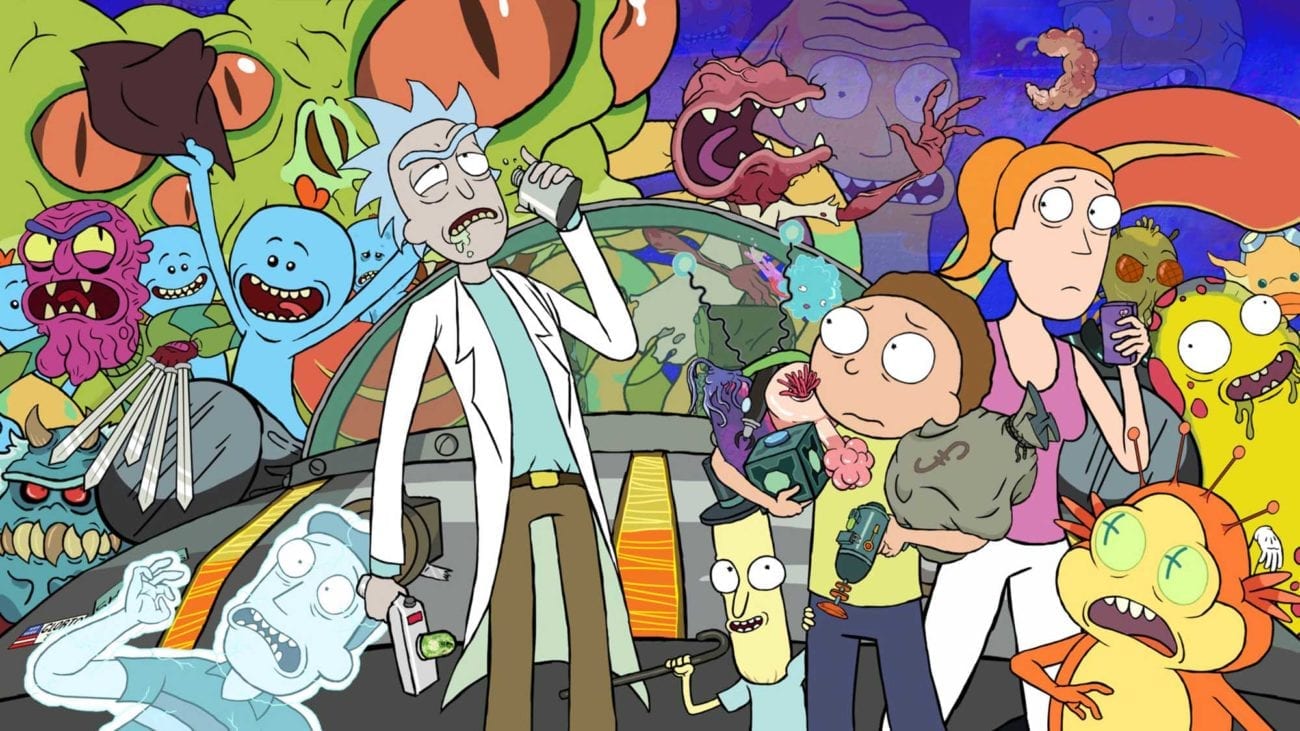 Cartoon Network’s Rick and Morty is an animated sensation that went from quirky and filthy sci-fi comedy to become a ridiculously popular animated epic, a show about the dark pointlessness of existence, but also about family, friendship, and why becoming a pickle is a good idea.

Packed with twenty ideas per second, Dan Harmon and Justin Roiland’s show has had plenty of great twenty-minute eps across its three seasons. With a fourth season a mere ninety trillion years away from existing, we thought we’d take a swing to whittle down the show to ten of our absolute faves. 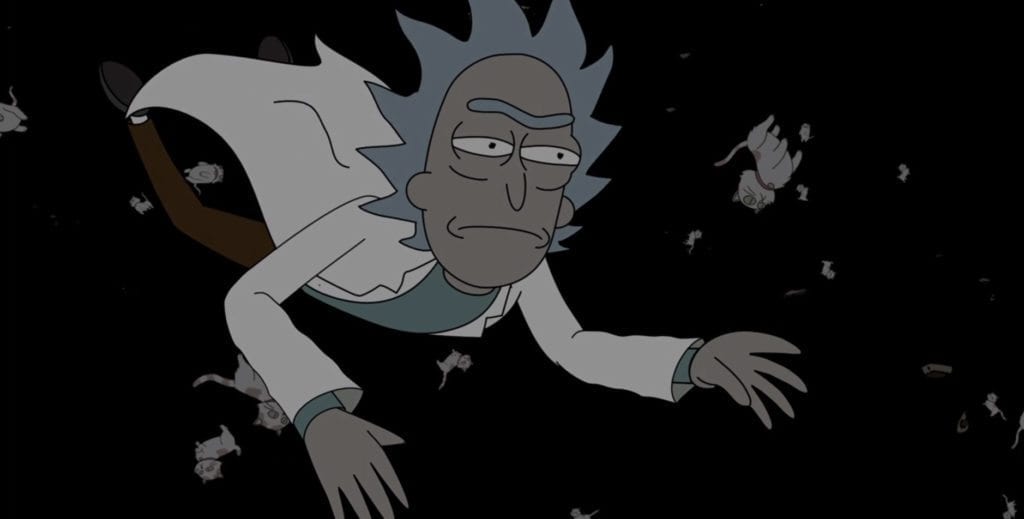 Kicking off the second season, this opener played around with parallel timelines and the nature of character roles. Morty will always do X, Summer (Spencer Grammer) will always do Y, and Rick will always do LICK-LICK-LICK MA BALLS, but the central duo, when push comes to shove, can’t even align with their other selves.

This story has a bit of a poignant moment when Rick the serial nihilist seemingly gives his life for Morty and prays to some kind of God – before everything works out for him and he commences the usual bragging. A fun, mind-twisting ep with cheeky cameos from Keegan-Michael Key and Jordan Peele (Get Out). 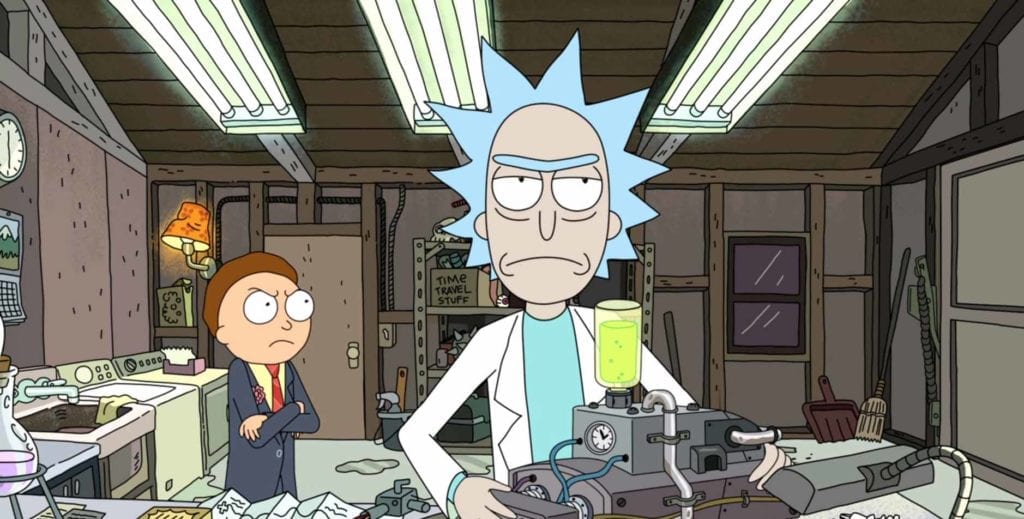 Deciding to destroy its own sense of canon, “Rick Potion #9” has a twisted and weird story about Morty using a love potion to get his crush to fall for him. The real twist is that even after tinkering and adventuring, even with Beth (Sarah Chalke) and Jerry (Chris Parnell) reaffirming their love in a new “Cronenberg monster”-infected world, the world they’re in ceases existence.

Rick fails so hard that he just gives up and takes Morty into another timeline for them to exist in. This dark ep puts across the show’s surprisingly rich themes and adds in some fart jokes for good measure. 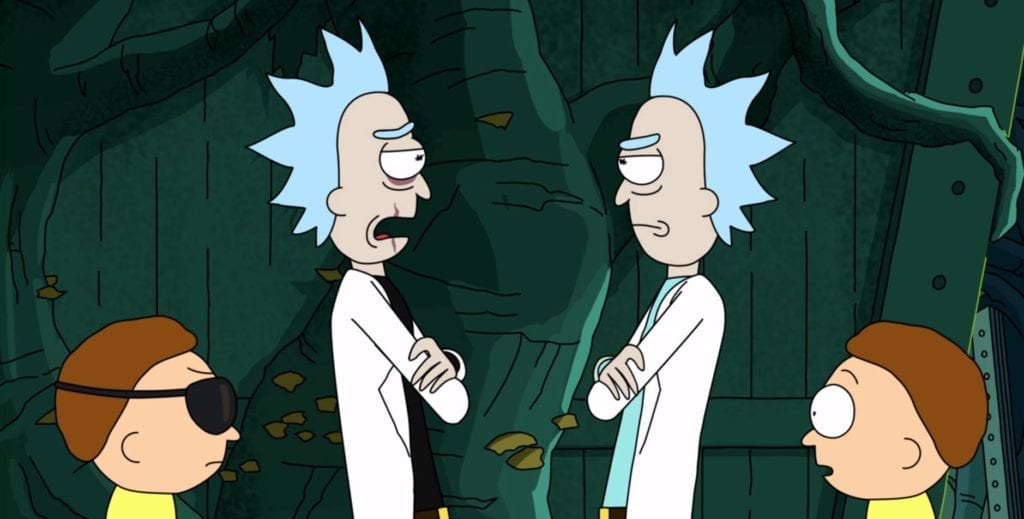 “Close Rick-Counters of the Rick Kind”

Pulling from the Fantastic Four comic books, Rick takes Morty to visit a Citadel housing infinite versions of himself from alternate realities. It’s hilarious watching Rick argue with himself but it’s equally as soul-stirring, as this ep established Evil Morty as a long-term villain. 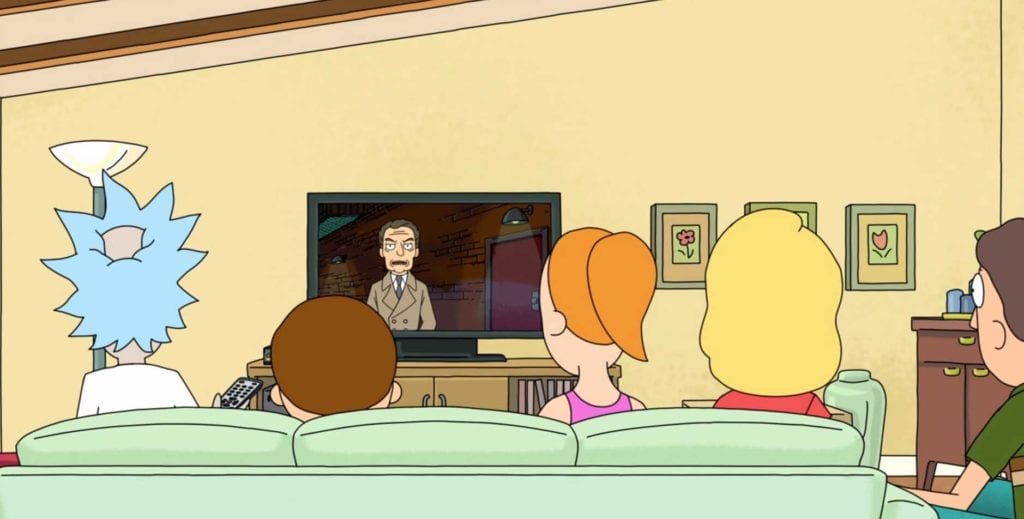 Packed full of improv comedy, this episode packs in a whole lot of philosophy, tracing a surprisingly bittersweet story which has Rick and Morty watching utterly nonsensical television from every dimension, side by side with Beth and Jerry coming to terms with their lives. Morty’s particularly hard-hitting line: “Nobody exists on purpose, nobody belongs anywhere, everybody’s gonna die. Come watch TV.” Nihilists rejoice! 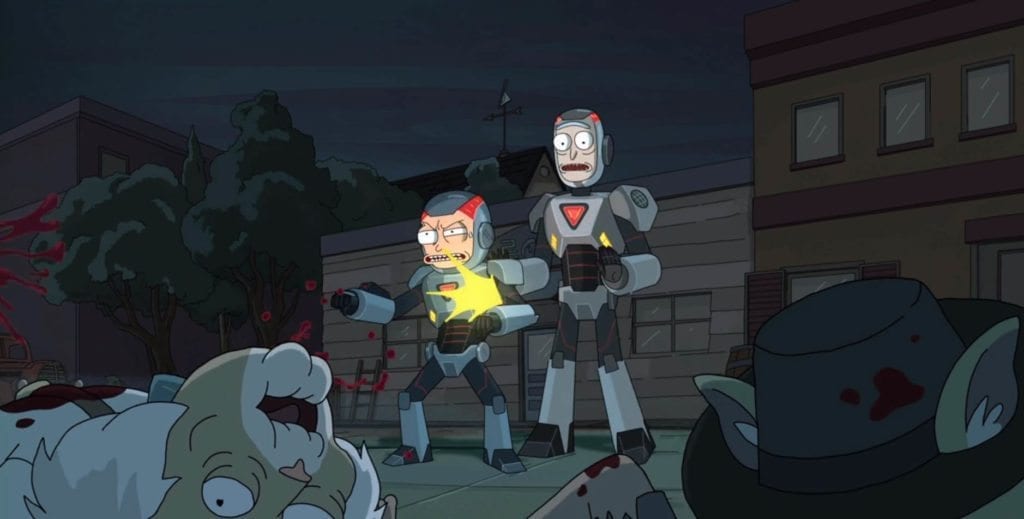 A complete classic of a Rick and Morty adventure: just grandpa and grandson teaming up to rip up some new B-holes and all that. Based on the dreadful The Purge movie series, Morty and Rick land on a planet with some weird tradition about nightly violence and end up getting deep into the mix. This episode showed Morty mimicking his grandfather in some rather uncomfortable ways. 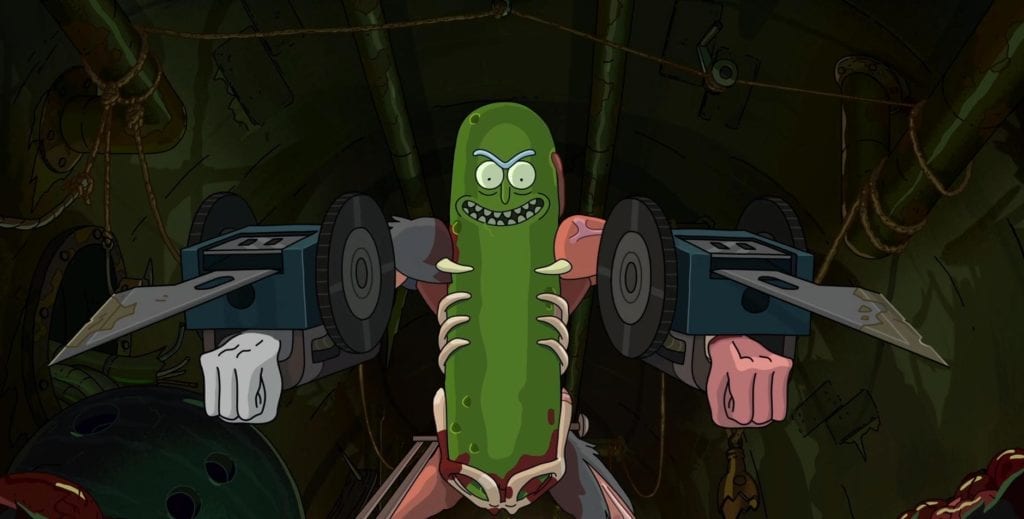 The episode that launched a billion memes. “Pickle Rick” might just be one of the most ridiculous half-hours of Rick and Morty. Initially conceived as a joke episode, the last five minutes about how Rick invents things to torture himself and avoid the hard work of facing up to his mistakes is powerful stuff. But also: Pickle Riiiiiiiick! 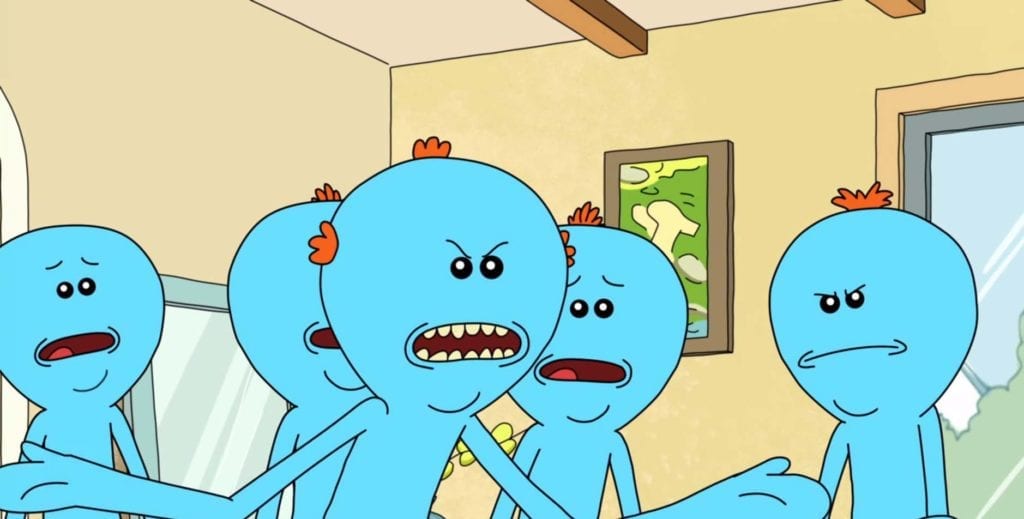 A box offering infinite helpful hands forms the crux of this episode, with blue alien critters dedicated to doing any task set to them: “Ooh look at me! I’m Mister Meeseeks!” What becomes a throwaway plot device in this ep could so easily form the basis for an entire spinoff. The way “Meeseeks” excavates the character flaws within the likes of Jerry and Beth sets off this well written ep. 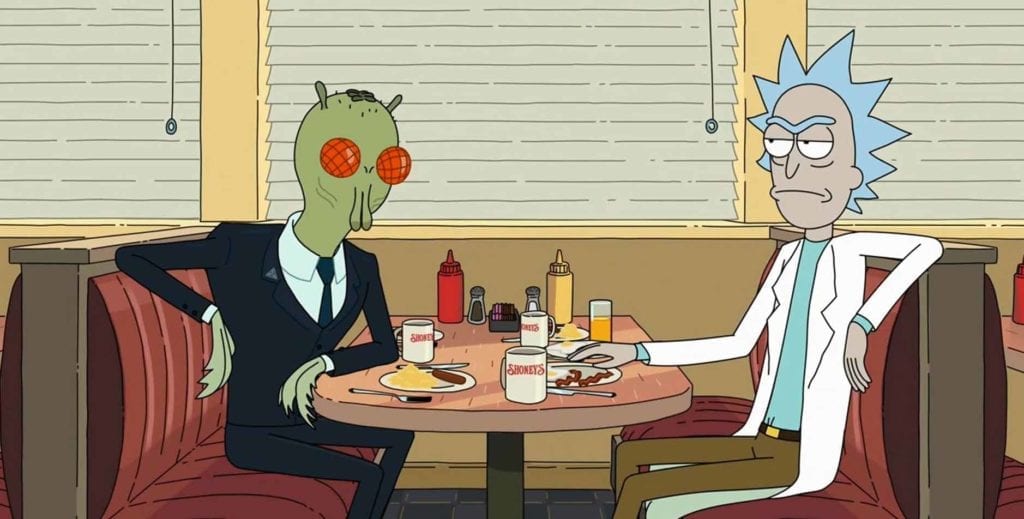 Rick and Morty season three came practically out of nowhere. No, really. Debuting on April Fool’s Day, fans thought it was a joke until a lucky few reported on social media that, yes, it really was the opening episode for the season.

Rick throws away versions of his own body as he consciousness-hops his way into destroying the galactic federation in this raucous episode that manages to wrap up so much stuff. Oh, and it birthed a ton of Szechuan sauce memes, to the point that it drove McDonalds to rerelease the stuff. 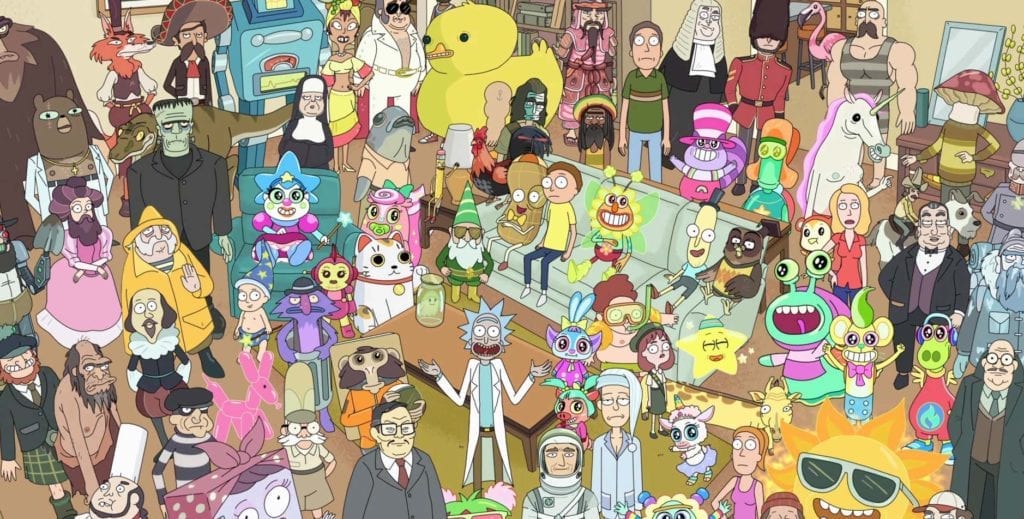 Playing around with the concepts of memory and story canon altogether, “Total Rickall” is the show firing on all cylinders. How are we meant to know which characters we care about? How much assumed empathy does television demand of us? Do three rhetorical questions in a row make for an argument? Who knows! 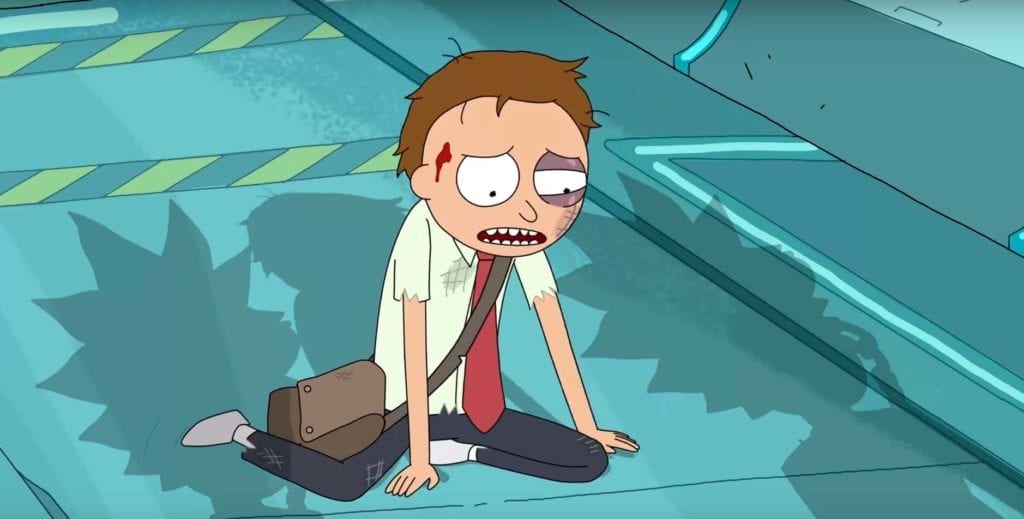 An absolutely incredible half hour of television exploring systems of oppression and how ingrained they are, even in these two characters. Justin Roiland basically runs a one-man show, with his voices comprising up 99% of this story that weaves in a cop show, a Stand By Me rip-off, and even a Brazil homage. The end note of this ep genuinely takes your breath away. 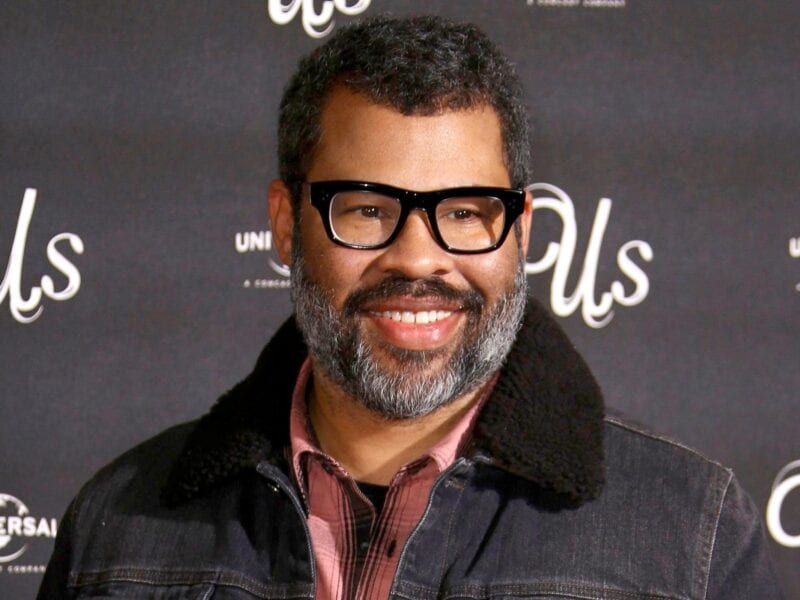 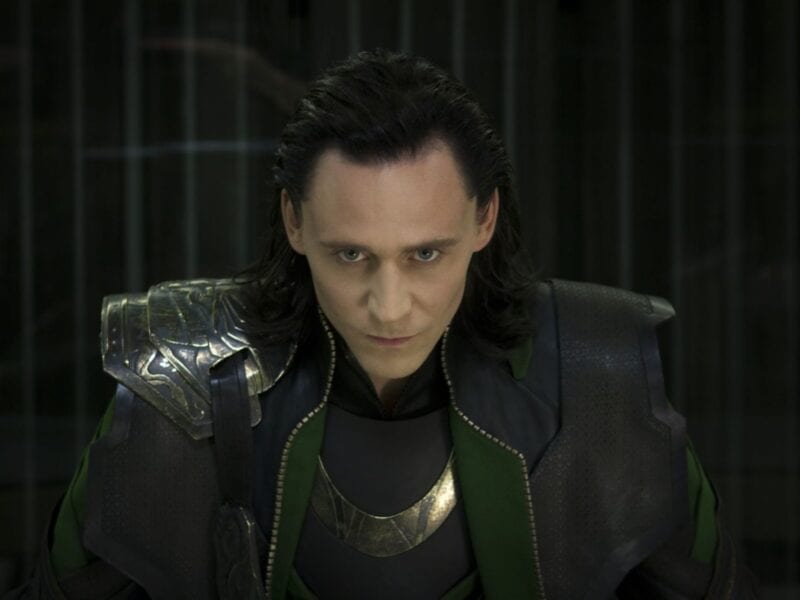 Gee, wow: Why we can’t get over Owen Wilson’s new look in ‘Loki’ 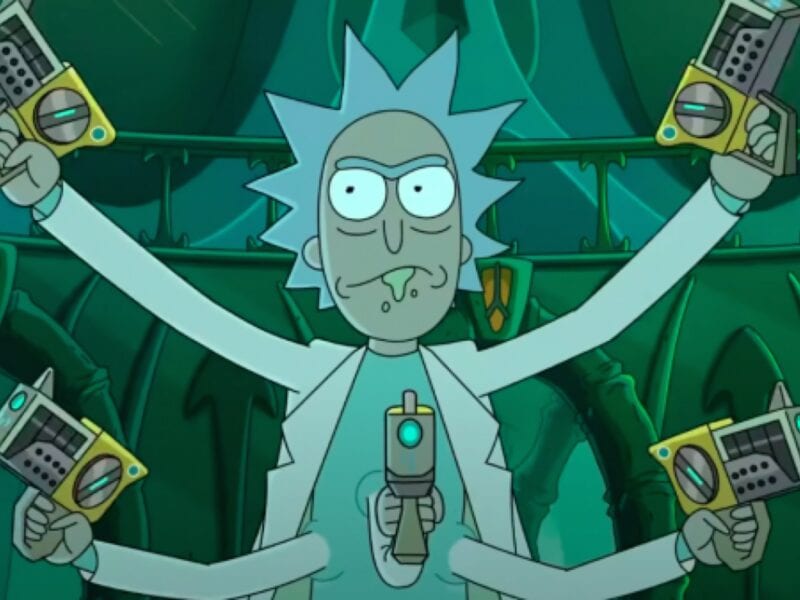 ‘Rick and Morty’ fans in the UK: When you can watch season 4