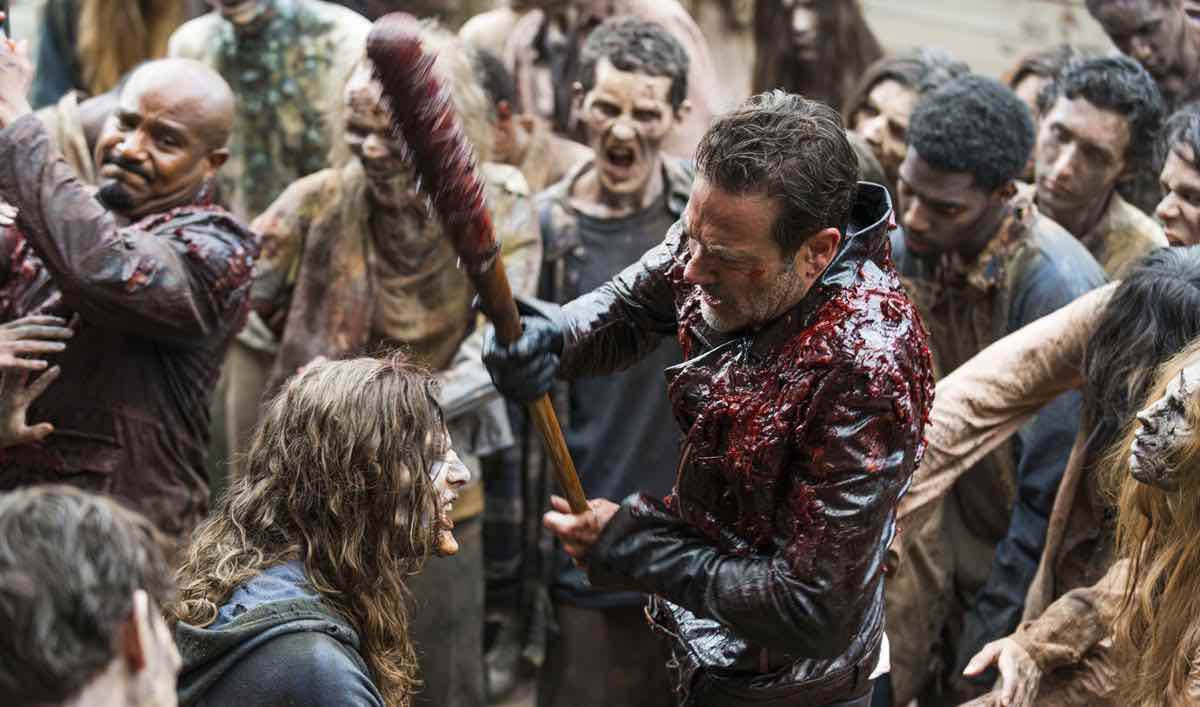 The most satisfying deaths from ‘The Walking Dead’ universe

This Gothtober, snuggle up next to the zombie fans you love and revisit those deaths. Some made us cry, some made us cringe, but a few special deaths made us jump up and cheer. 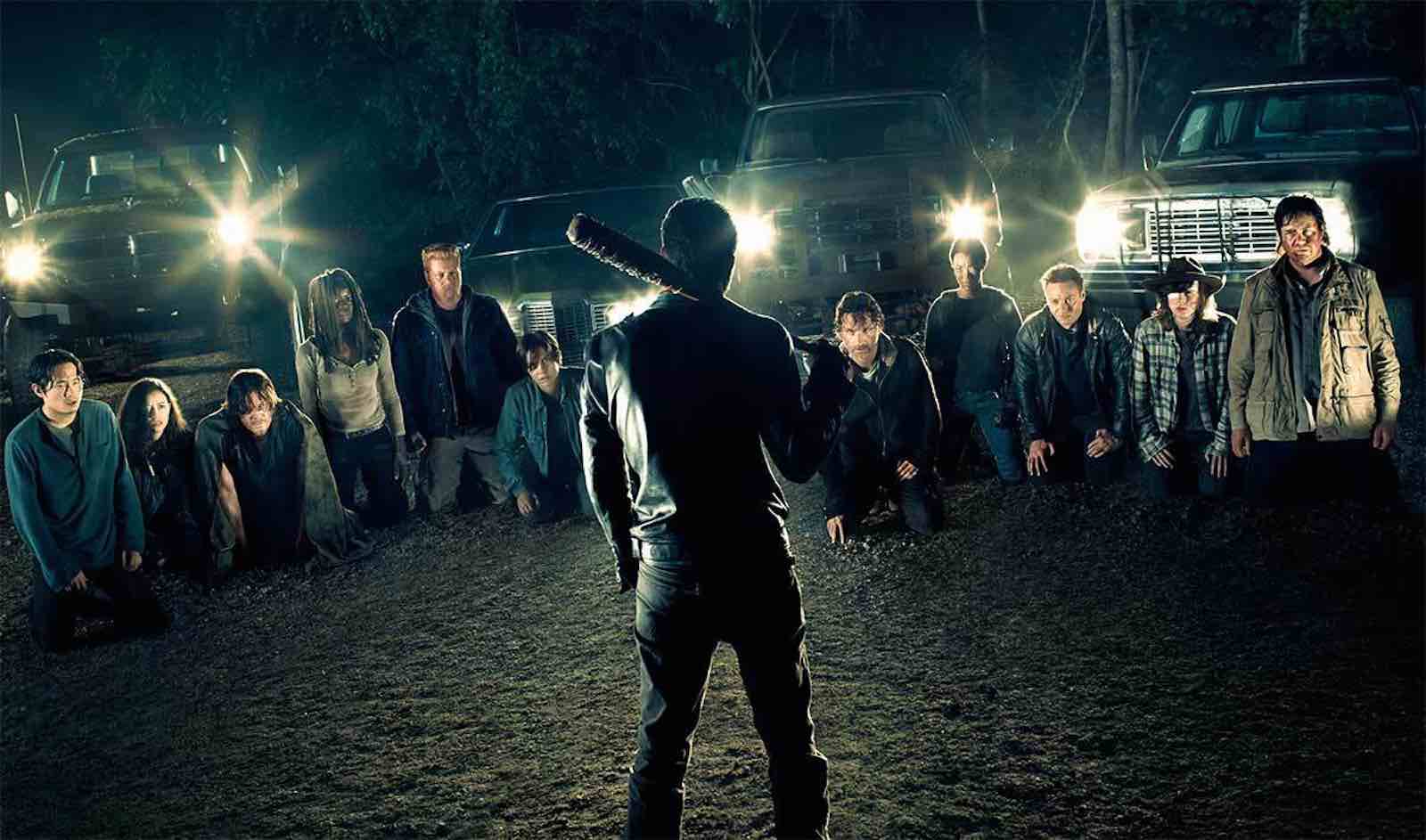 Like any other show on TV, TWD and FTWD have characters whom, since the first time they showed their smug faces on our screens, we knew we wanted dead. Especially in a show in which you don’t get to choose who you’re stuck with, you’re going to get a few useless people or people with evil intentions in your camp. Don’t worry: both shows have definitely given those people their fair share of deaths.

With the tenth season of The Walking Dead upon us, as well as the season finale of Fear the Walking Dead, we’re revisiting the deaths that left you feeling satisfied – the ones that really made you feel the absolution in your (hopefully non-decrepit, non-undead) bones.

Spoiler warning: not all of these people are true villains, but they’re still terrible people. Rest in hell, jerks! 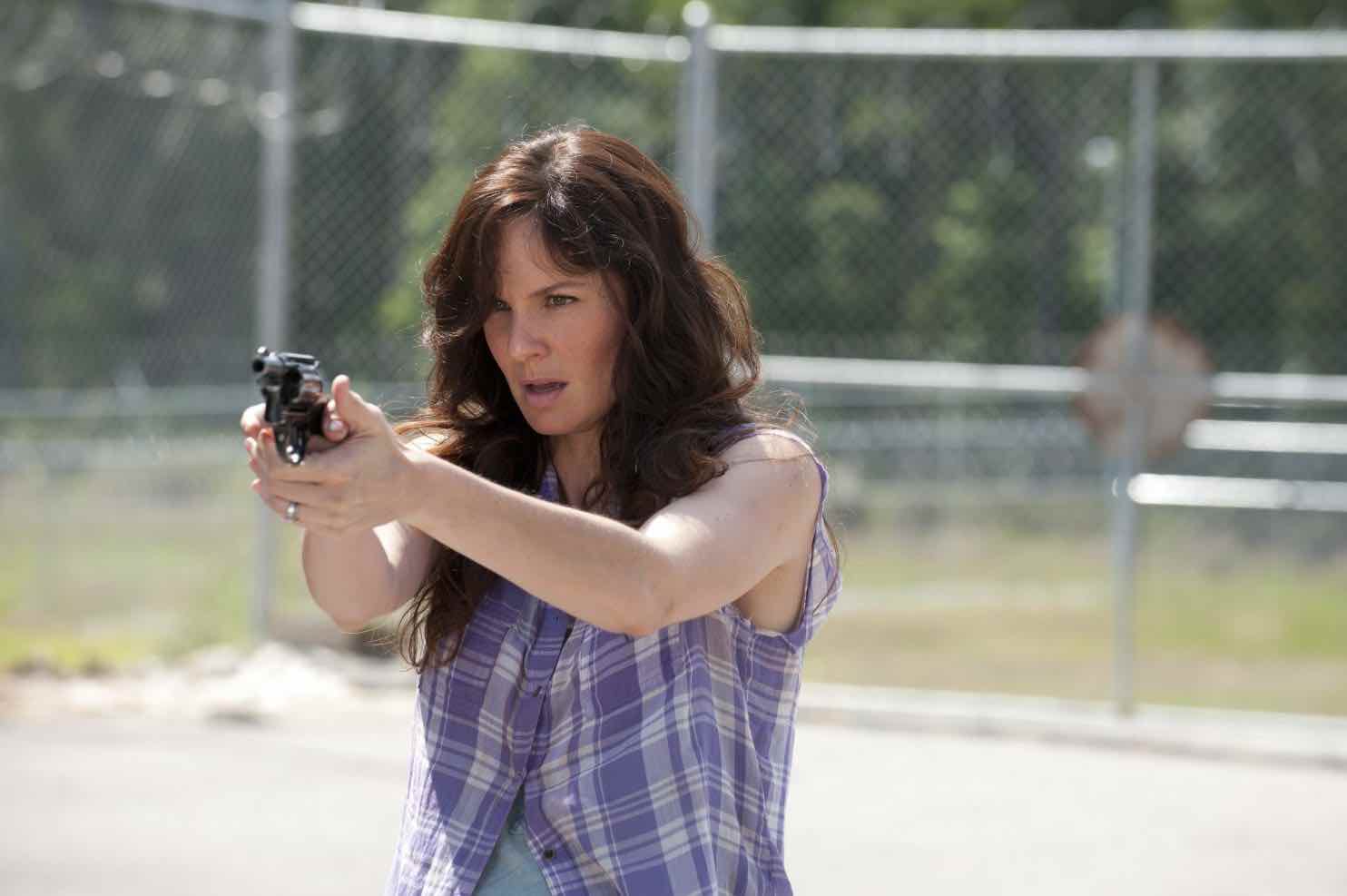 Lori is Rick’s (Andrew Lincoln) cheating wife who refuses to properly take care of Carl (Chandler Riggs) and is just overall a burden in Rick’s journey. The best thing she could do for everyone in the group is just die. Lori may have been considered a protagonist, but she did the bare minimum to contribute.

Do we really need to remind you about the whole Shane/Rick situation? She caused unnecessary tension between Rick and Shane (Jon Bernthal) and got mad at Rick for killing the guy putting the rest of the clan in danger. Sure, lori dying in childbirth was tragic, but beeyotch needed to go. The only disappointment is there’s another spawn of Shane’s in the world. 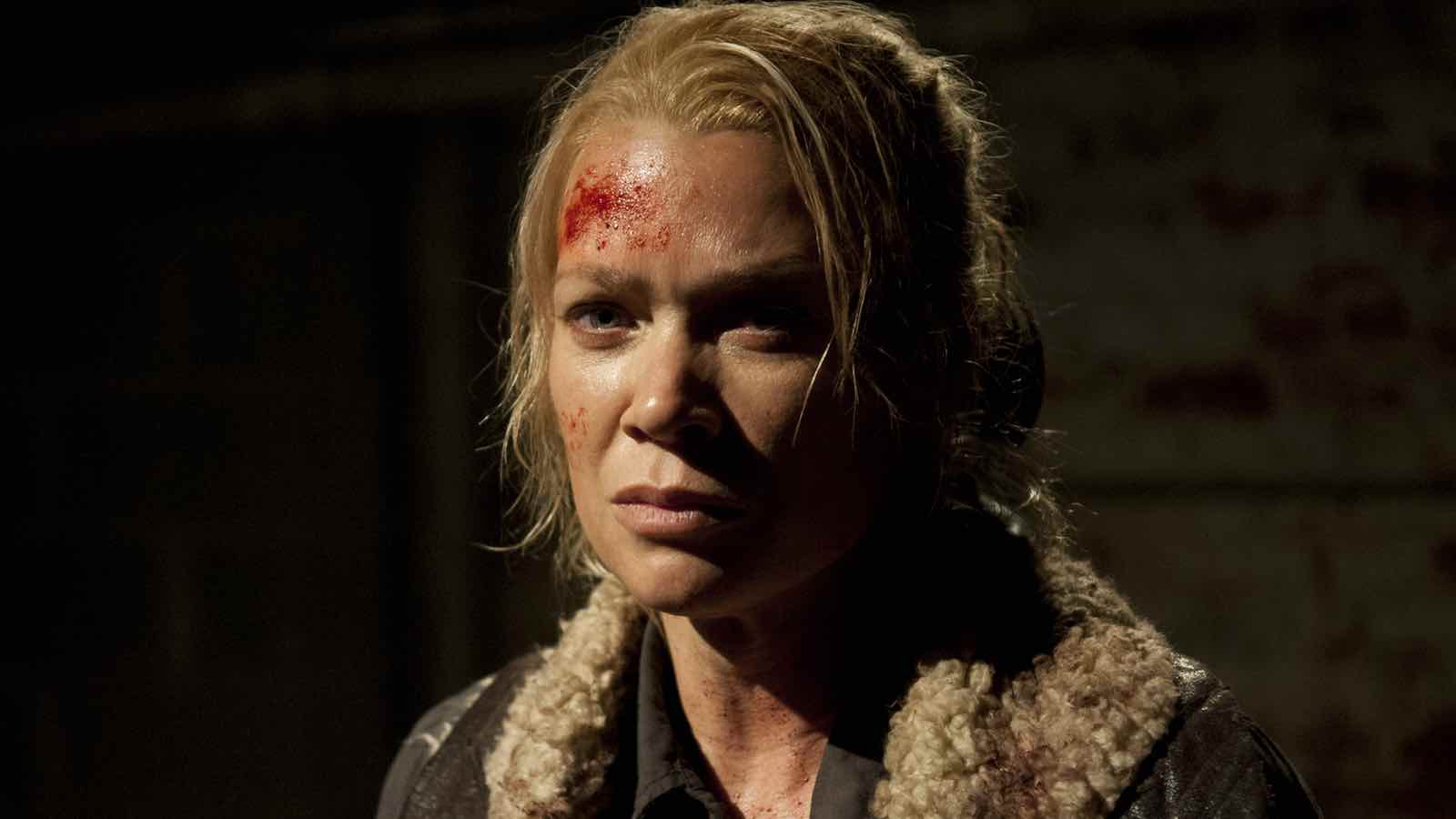 You know when you’re talking with your friends about who would actually be useful in an apocalypse, and whom you’d leave behind? Andrea is at the tippy top of the leave-behind list. She’s not only a danger to herself, but to everyone else. Plus, she really fell for The Governor’s charms, and only after he explained his evil plan to her did she finally realize he was a bad guy. So dense.

In a very shocking twist, the guy that was bad all along ended up turning on Andrea and leaving her for dead, letting one of his associates who betrayed him reanimate into a Walker and kill Andrea. Play dumb games, get dumb prizes. 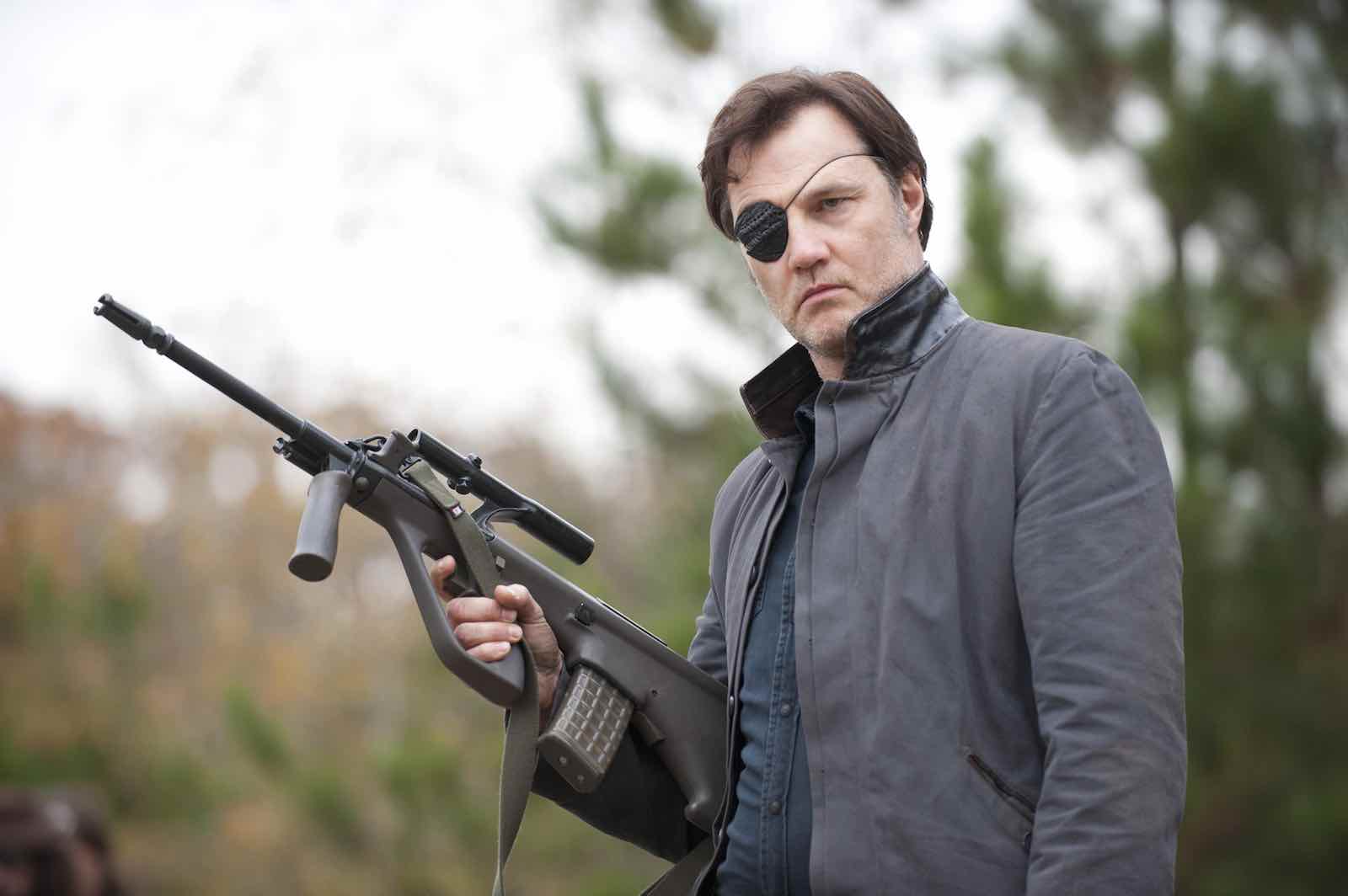 Negan (Jeffery Dean Morgan) may be driving us insane this season as the antagonist, but The Governor did it first. The first true villain we witnessed on The Walking Dead, he went mad with the power given to him. The Governor presented himself as a messiah, the people of Woodbury his subjects he could order around any way he liked.

When we said watching the smug grin get wiped off someone’s face permanently, we were specifically thinking of The Governor. It’s so reassuring to see his own people turn on him. Then Michonne, one of the people he’s hunting down and ready to kill with no questions asked, gets the last laugh. Revenge really is a dish best served ice cold – zombie flesh cold. 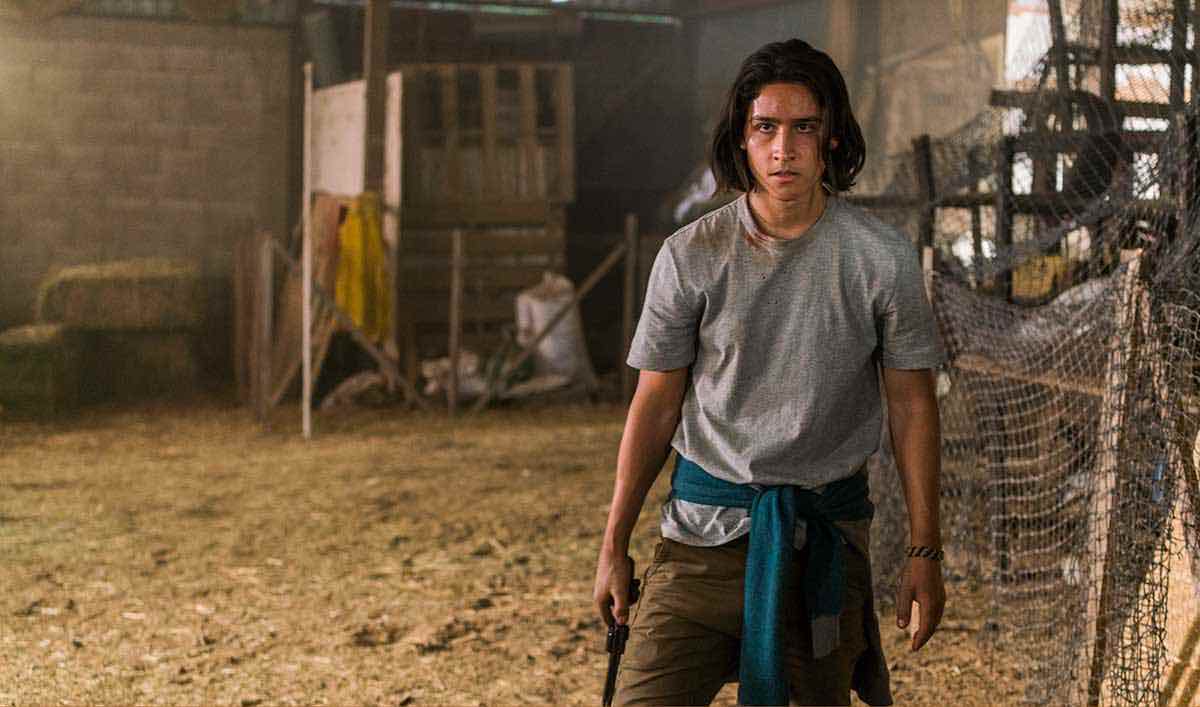 Switching over to Fear the Walking Dead: Chris is just a stupid kid who probably would’ve had a normal life in a nonapocalyptic worldline. However, he lives in the apocalypse, and here he’s such an annoying guy. He’s whiny, ignorant to the impact his actions have on others, and just flat-out rude.

Maybe in time Chris could’ve become a better person. But by the time he’s in that car accident in season two, he gets everything he deserved. He mistreats those in his group, refusing to do favors for anyone. Chris also freaked everyone out by being trigger-happy. Good riddance, jerk. 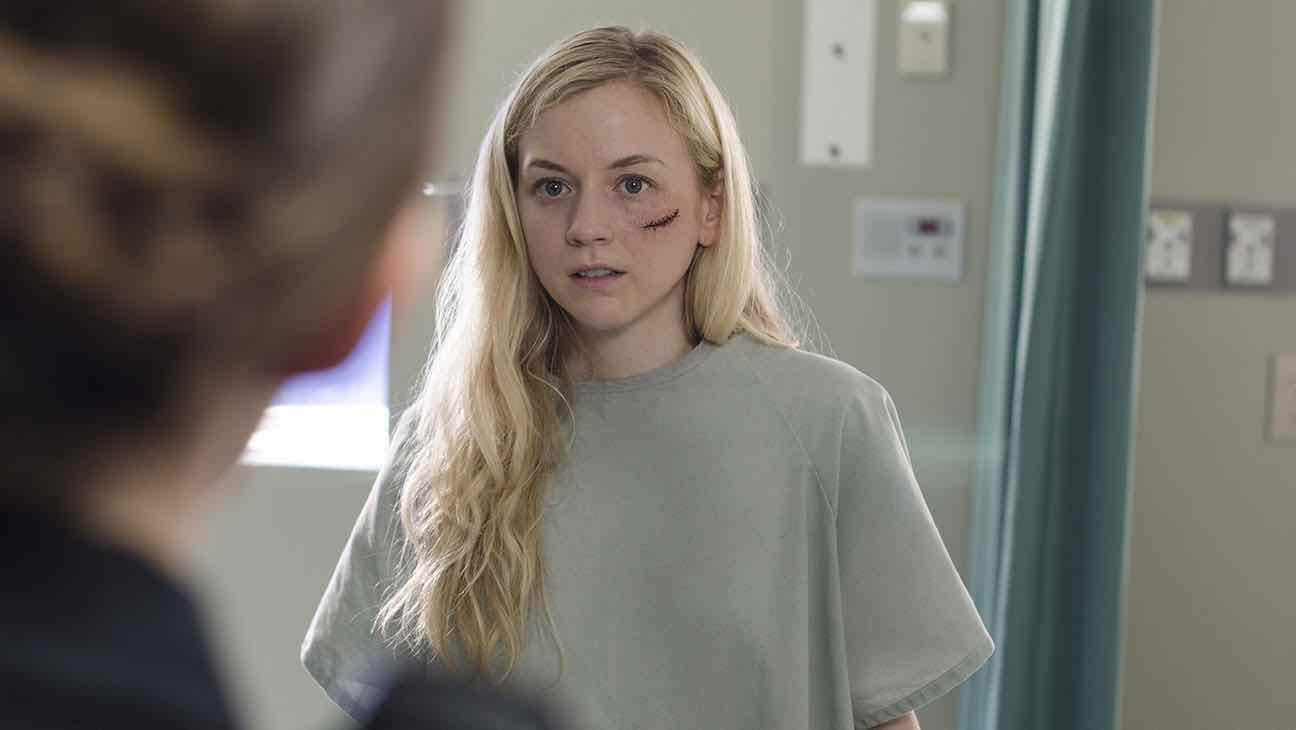 Don’t get us wrong. Watching the gang work over half a season to get Beth back only for her to die at the hands of a bitter Dawn is tragic. But besides her death, what impact did Beth leave on the show? She’s a background character until being kidnapped at the hospital.

Even when she is kidnapped, Beth’s still just as whiny as she is with the group. Maybe Beth isn’t the worst character in The Walking Dead, but she sure as heck’s annoying. Even Carl is more mature than Beth. 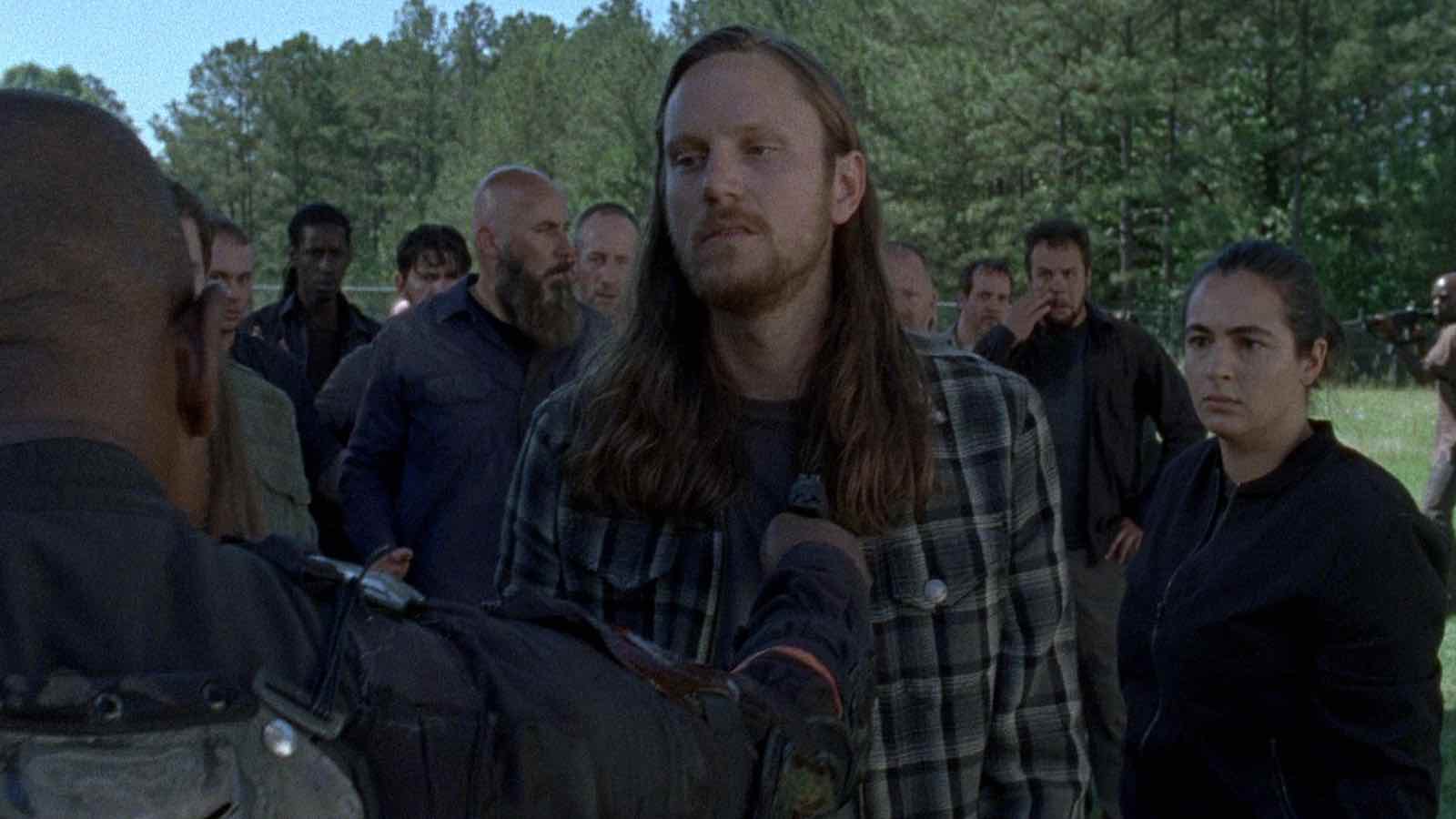 Look, any of the Saviors deserve a place here, but we’re going to pick on Jared. He’s petty. Combined with his trigger-happy attitude, this means no good for anyone who crosses his path.

Plus, Jared kills innocent Benjamin (Logan Miller) for no good reason! Richard (Karl Makinen) offers himself up to be killed, and Jared’s superior Gavin (Jayson Warner Smith) tells Jared to shoot Richard, yet he shoots Benjamin anyway. What a jerk.

Jared gets his karma though, as Morgan (Lennie James) leaves him for dead, locked in a cage with some Walkers. Morgan knows from day one that Jared’s bad news, but after Jared murders Benjamin, someone he sees as a son, it becomes his personal goal to end Jared. Good for you, Morgan. 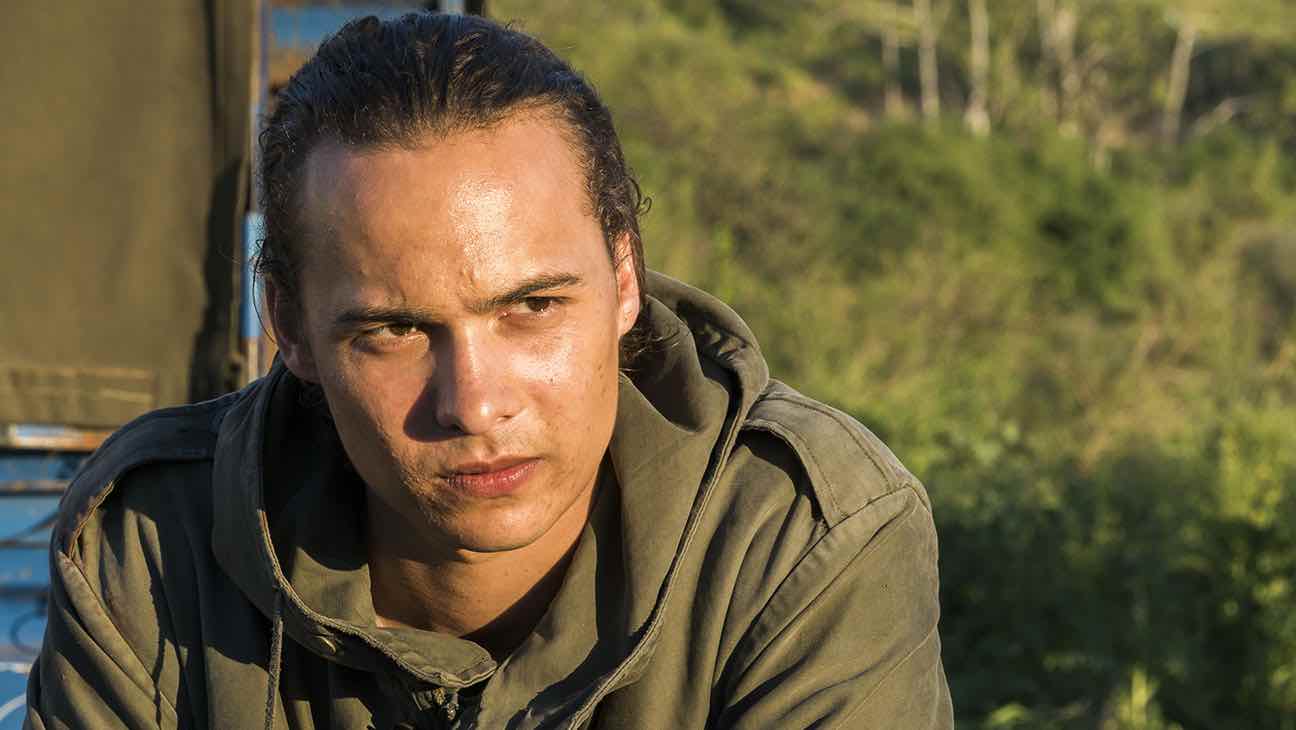 Jumping back to Fear the Walking Dead, the son of the Clarke family was causing problems before the apocalypse and continued to do so during it. While he has his moments of being pure-hearted, Nick’s drug addiction continues to drag the entire group down during his four seasons. Nick also has an addictive personality, which then causes issues as the Clarke family and company try to stay safe.

After picking a fight with the Vultures and killing Ennis (Evan Gamble), Charlie (Alexa Nisenson) gets revenge by shooting Nick in the chest. Even apocalypse expert Morgan warns Nick that fighting the Vultures is a bad idea; Nick chose to go forward anyways. He didn’t deserve to die per se, but if you mess with the bull, you get the horns. Later, jerk. 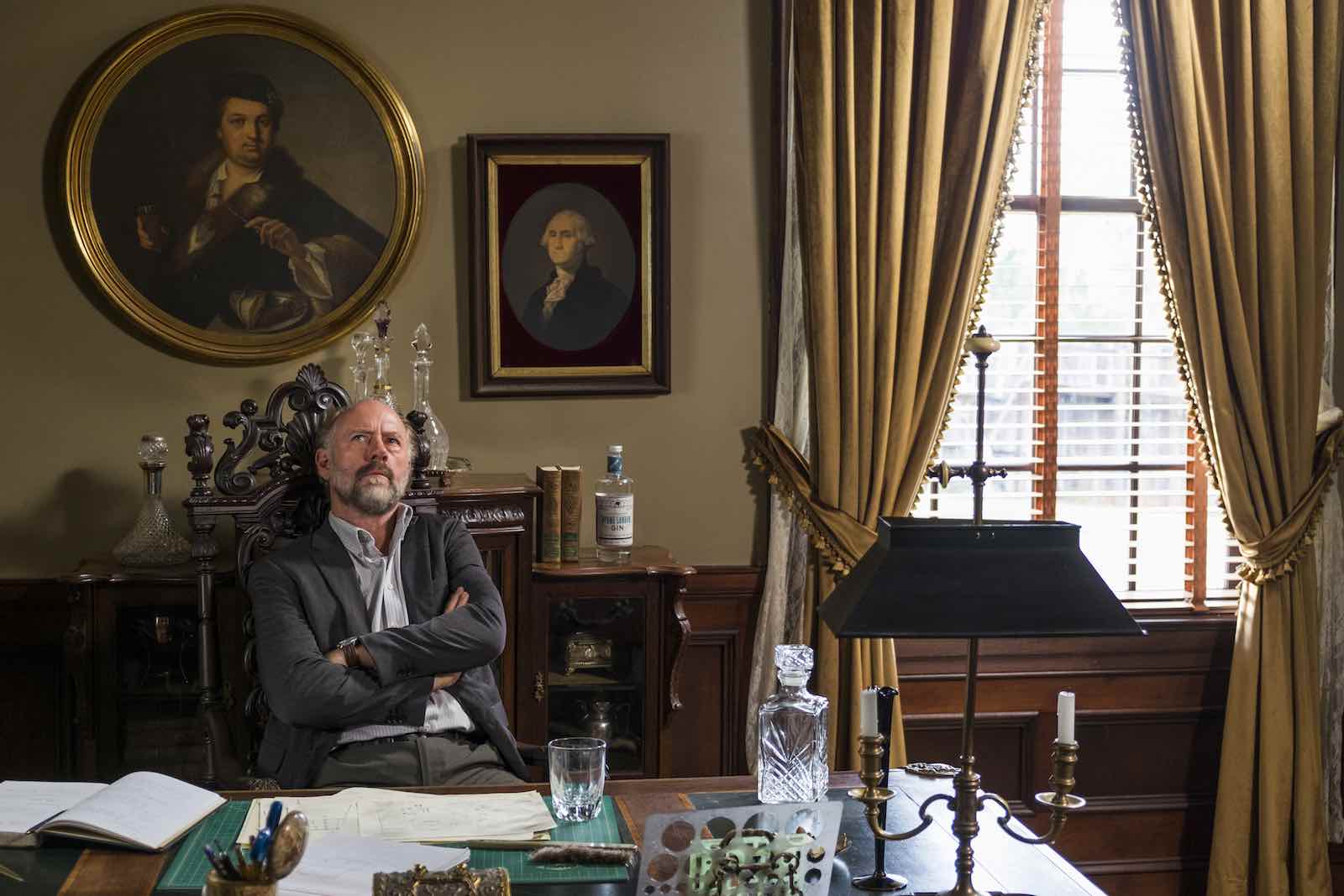 Gregory feels like a reality show villain that got stuck surviving in the apocalypse. His decisions are entirely influenced by ego, with no question about logical decisions. Gregory is also the kind of person who listens to the person in charge, while thinking to himself, “I could do this so much better.”

Gregory is the leader of the Hilltop Colony, but once he sides with the Saviors, he’s removed from power. Afterward, Gregory keeps trying to sabotage Maggie (Lauren Cohan). Daryl steps in and hangs him on counts of treason and failed assassination attempts. Gregory could be a good ally, but he decides to team up with the a**holes known as the Saviors, so he loses all credibility. 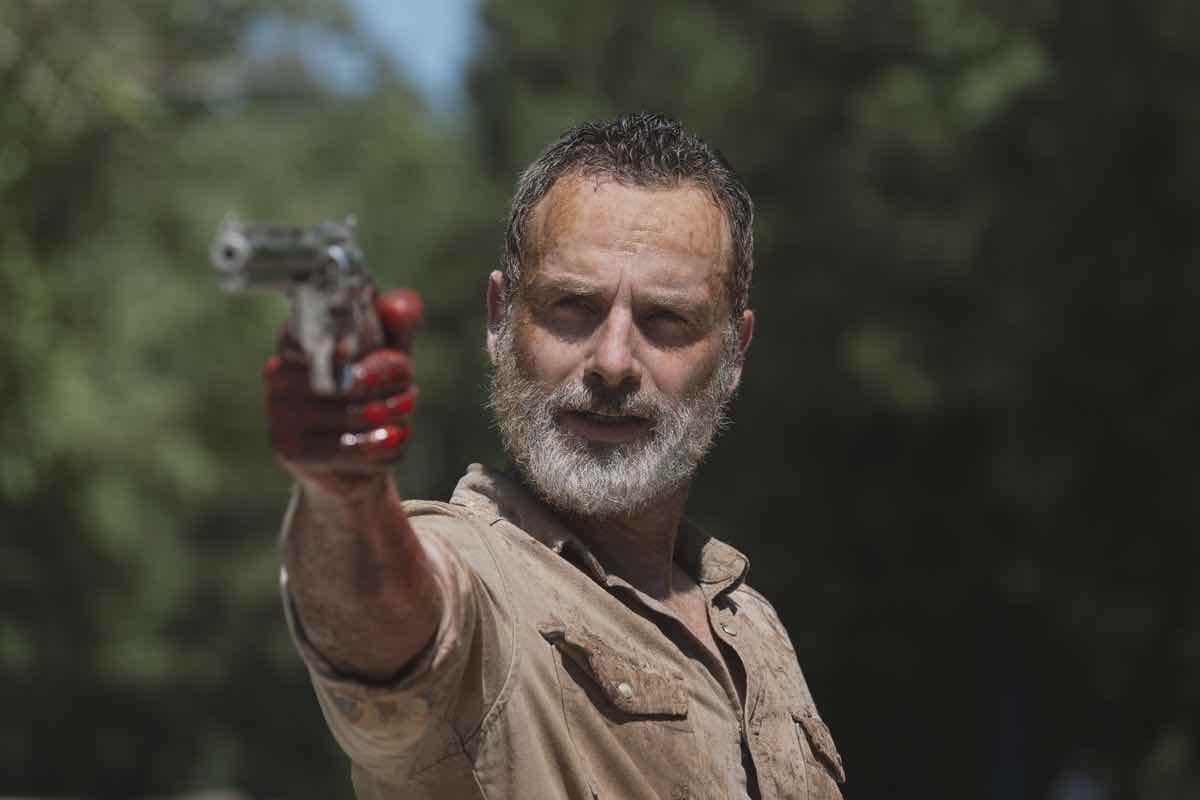 This is going to be the most controversial pick, but the entire show has been building up to the death of Rick. Since episode one, he’s focused on protecting those he cares about, and making stupid decisions to do so. Rick is the lead protagonist at the beginning, but by season nine, there are plenty of others to take his spot.

Letting Rick die trying to save his group is the most honorable thing he can do. Granted, we know he’s not officially dead, but in terms of the show, we know he’s gone.

The show needed to let Daryl and Michonne take lead of the group, so killing off Rick was the only right thing to do. Sure, Rick definitely isn’t a villain, nor is he as bad as anyone else on this list, but letting him finally rest after leading the gang for nine seasons was most certainly satisfying to see. Later, buddy.