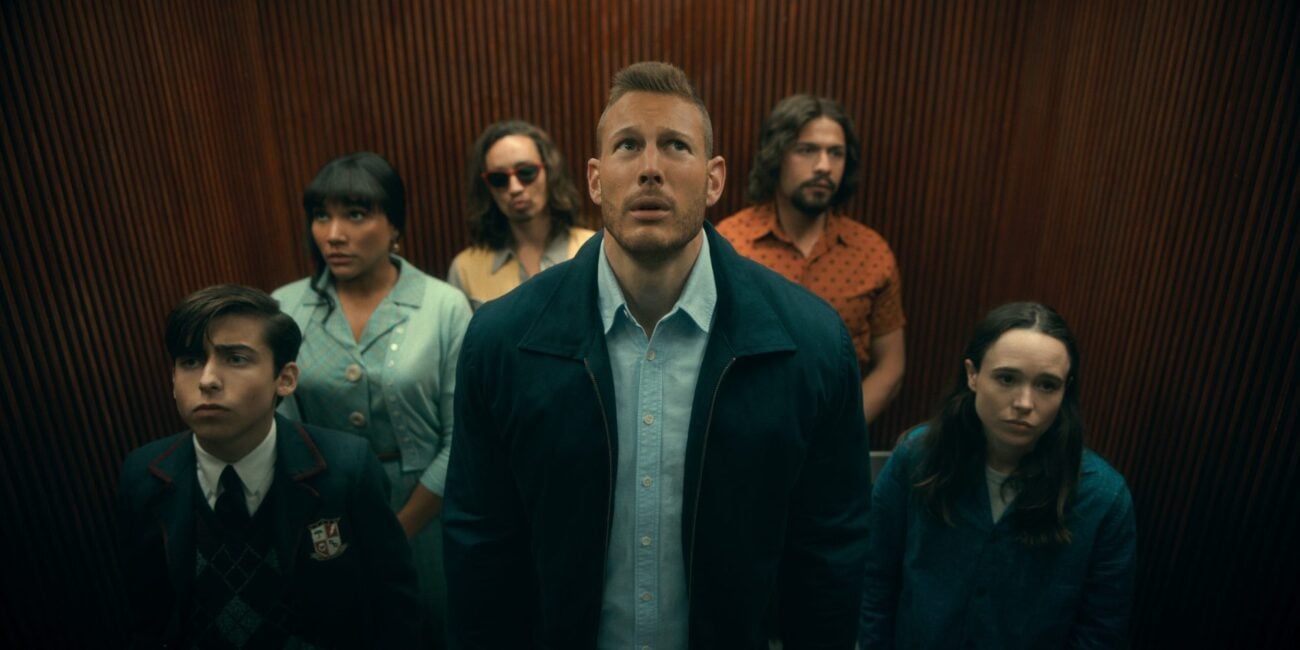 When will Netflix release ‘The Umbrella Academy’ season 3?

After Gerard Way (My Chemical Romance) created the comic The Umbrella Academy, they partnered with Netflix to release a live-action adaptation of it on February 15th, 2019. It follows the story of estranged, superpowered siblings reluctantly brought back together to save the world.

Season 1 was one of the most streamed Netflix series in 2019. Unsurprisingly, the show went on to have an equally successful season 2, which premiered on July 31st, 2020. Fans have been eagerly awaiting The Umbrella Academy season 3 since it got the green light in November 2020.

While COVID-19 may have slowed down production, it certainly didn’t stop it. In fact, the cast recently announced they’re officially done with filming. Now, let’s talk about that release date! 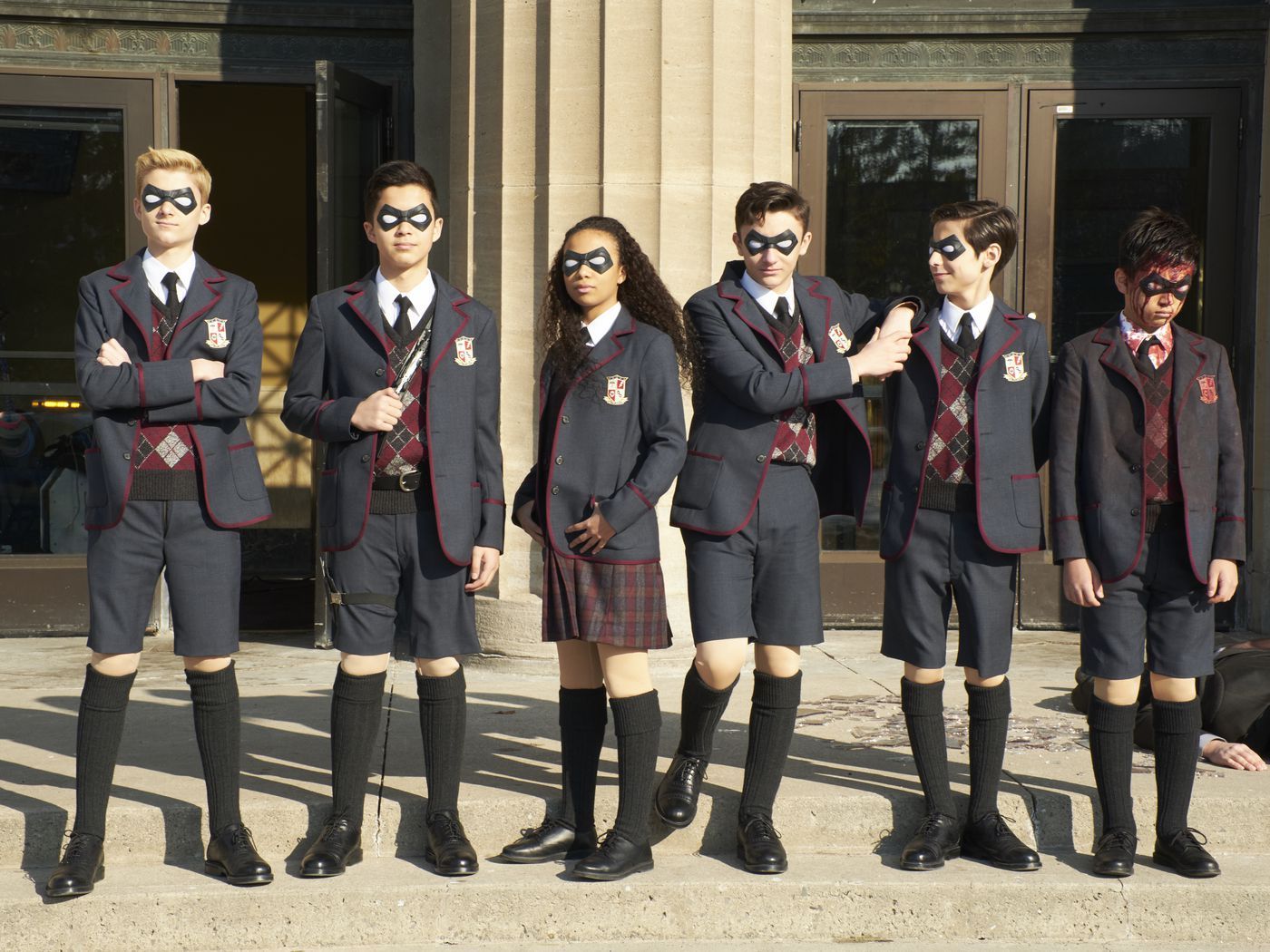 Most parents adopt children with the intention to love, nurture, and guide them. Hargreeves, on the other hand, adopts these children to form a team of superheroes trained to stop crime in an undisclosed New York-like city. He calls them the Umbrella Academy and gives them numbers for names. 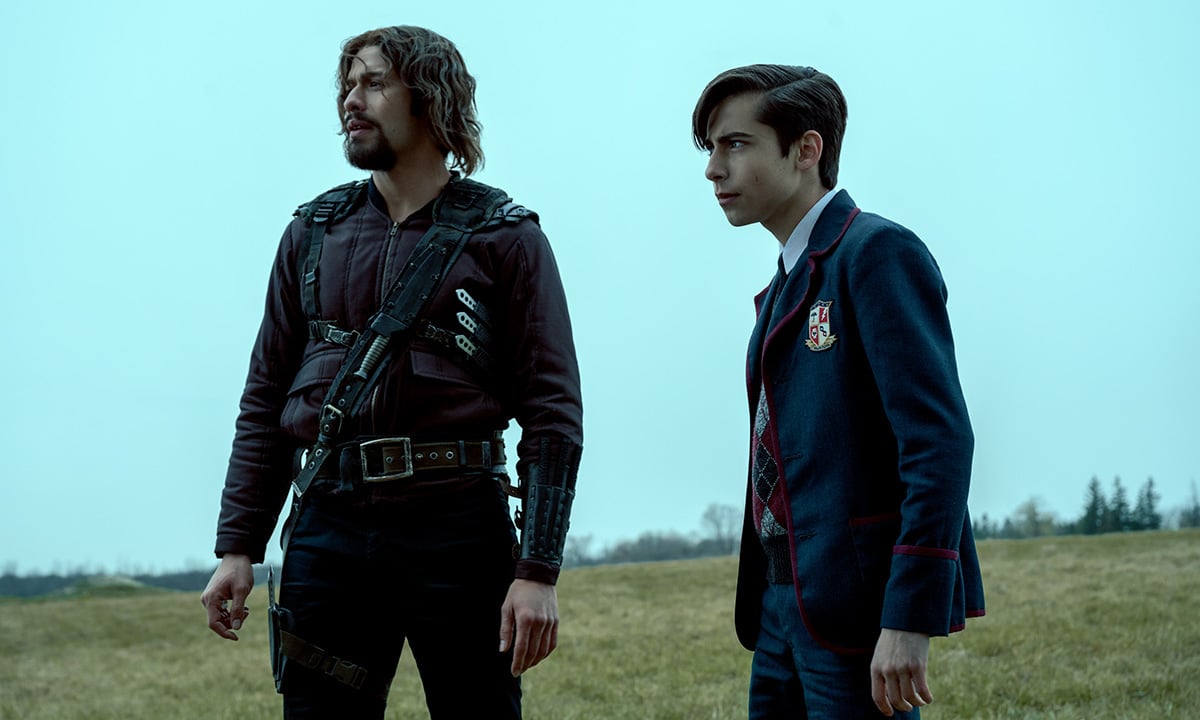 Most children honor their parents’ passing with grieving hearts and wishes of peace in the afterlife. These adult children, on the other hand, reluctantly attend Reginald’s funeral because they feel obligated.

By this time, they have lost touch with each other outside of the occasional run-in. That changes when their long-lost thirteen-year-old brother Five/Number 5 (Aidan Gallagher) literally falls out of the sky. He reveals he accidentally got stuck in an apocalyptic future while using his teleportation powers to travel through time. 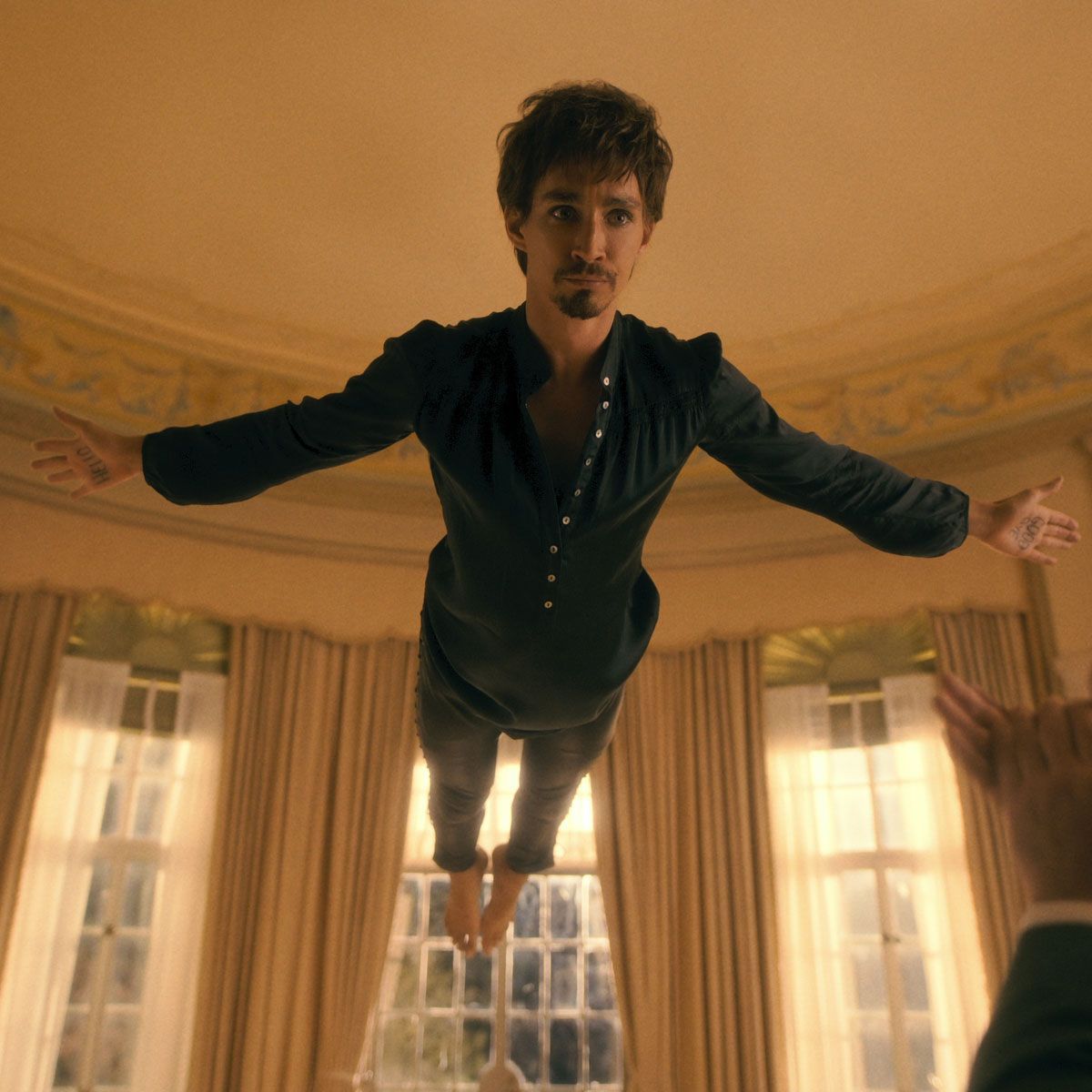 He tries to convince them that their current point in the timeline is seven days prior to the end of the world. But none of them know that Vanya/Number 7 (Elliot Page) has powers. So, Five is unable to tell them that their mistreatment of her pushes her to accidentally use those powers to cause this tragic end.

Though hesitant to believe him at first, the Hargreeves siblings eventually pull together to avoid the future Five saw by traveling through time. They end up in 1963 Dallas, TX living completely different lives and, once again, reluctant to follow Five.

(Beware: spoilers for the finale of season 2 ahead!) 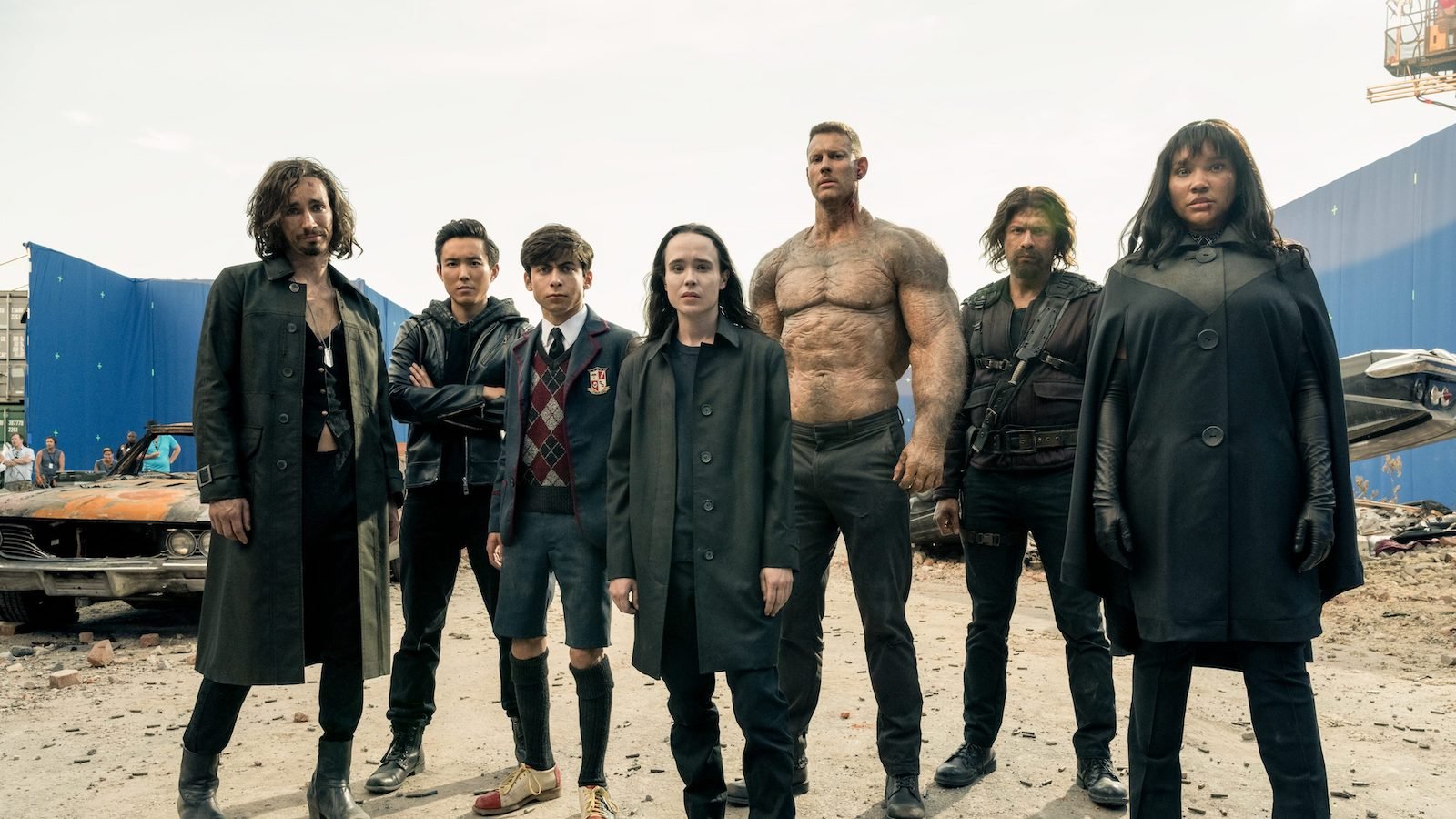 Season 2 opens with Vanya’s mental instability causing yet another apocalypse, only this time with the help of her siblings. Fans finally get to see Allison Hargreeves/Number 3 (Emmy Raver-Lampman) using her powers of reality manipulation in a fight.

Allison is terrifying as she rumors the brains of soldiers to explode in their skulls. Klaus Hargreeves/Number 4 (Robert Sheehan) is equally terrifying as he directs a horde of restless spirits to tear apart another group of soldiers. It reminds the audience of just how dangerous these two are capable of being. 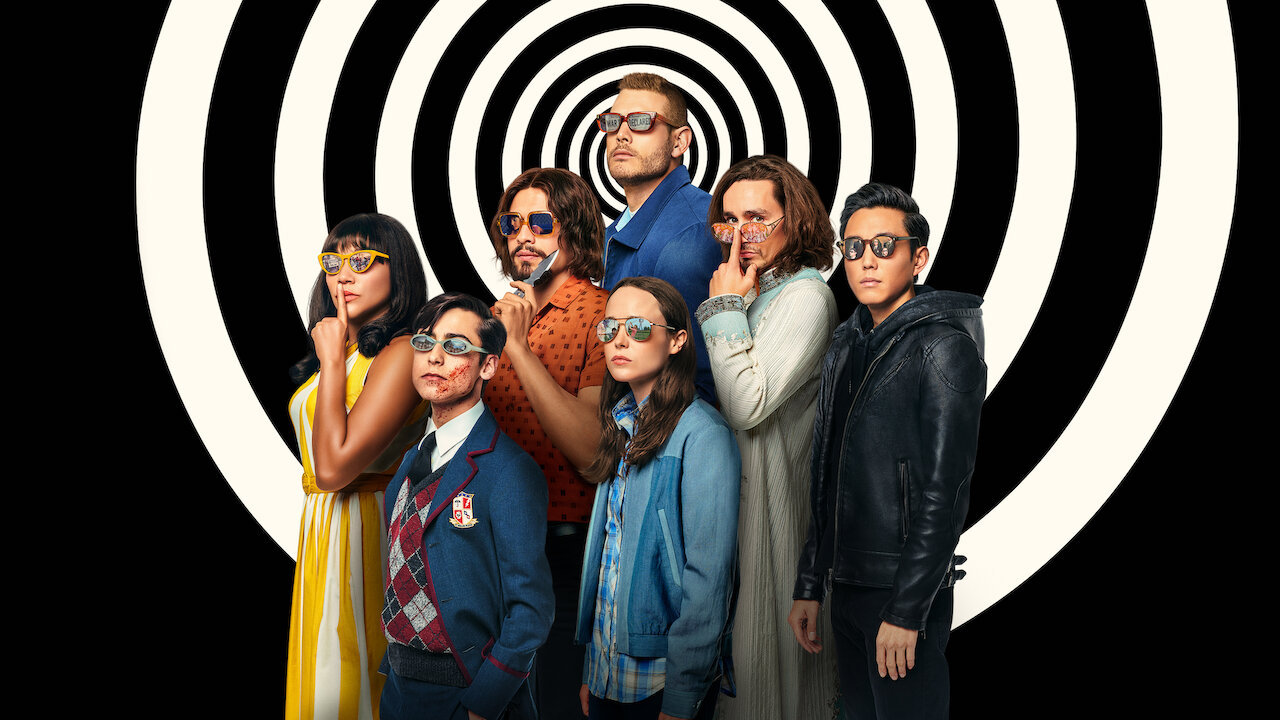 Ben/Number 6 (Justin H. Min) sacrifices himself to save her. After his death at sixteen, Klaus, a.k.a. The Séance, is the only one who can see his ghost. He spends the next seventeen years (plus or minus the time travel) haunting his brother.

Fans were unsatisfied with this ending for his character, however. They felt Justin H. Min was robbed of screentime and Ben was robbed of sibling time. But they were quickly reassured as Min received more airtime in The Umbrella Academy season 2. 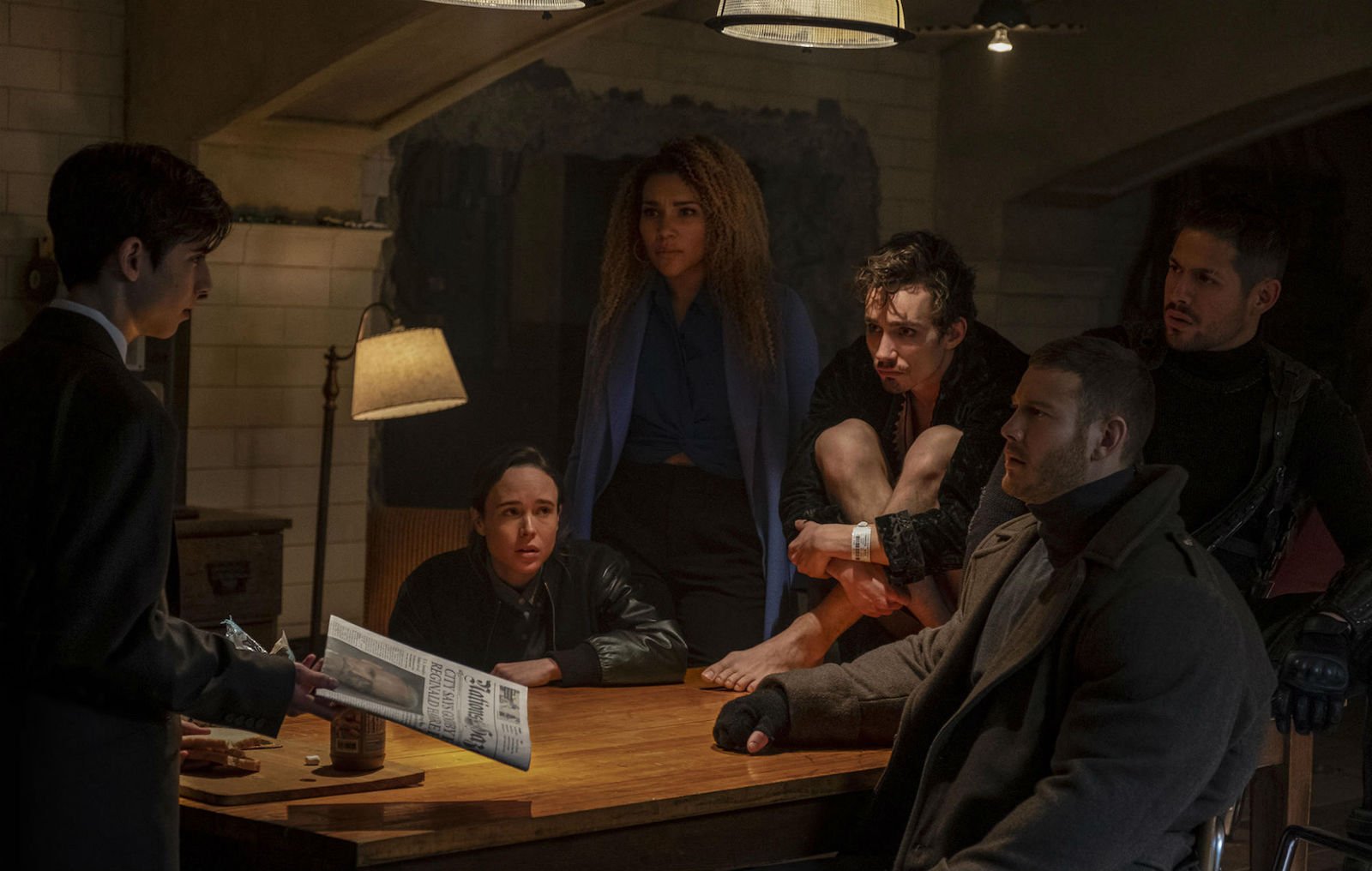 Season 2 ends with the Hargreeves siblings accidentally traveling to an alternative universe of their original timeline. The difference? Aside from the floating cube, Ben & Reginald are somehow still alive. So, what can fans expect?

Netflix has revealed some key plotlines. The Hargreeves will face trouble from the Sparrow Academy, their younger alter-egos who are the powerful consequence the siblings have to face for constantly meddling with time travel.

Are you excited for season 3? What are you most looking forward to? Let us know in the comments below!