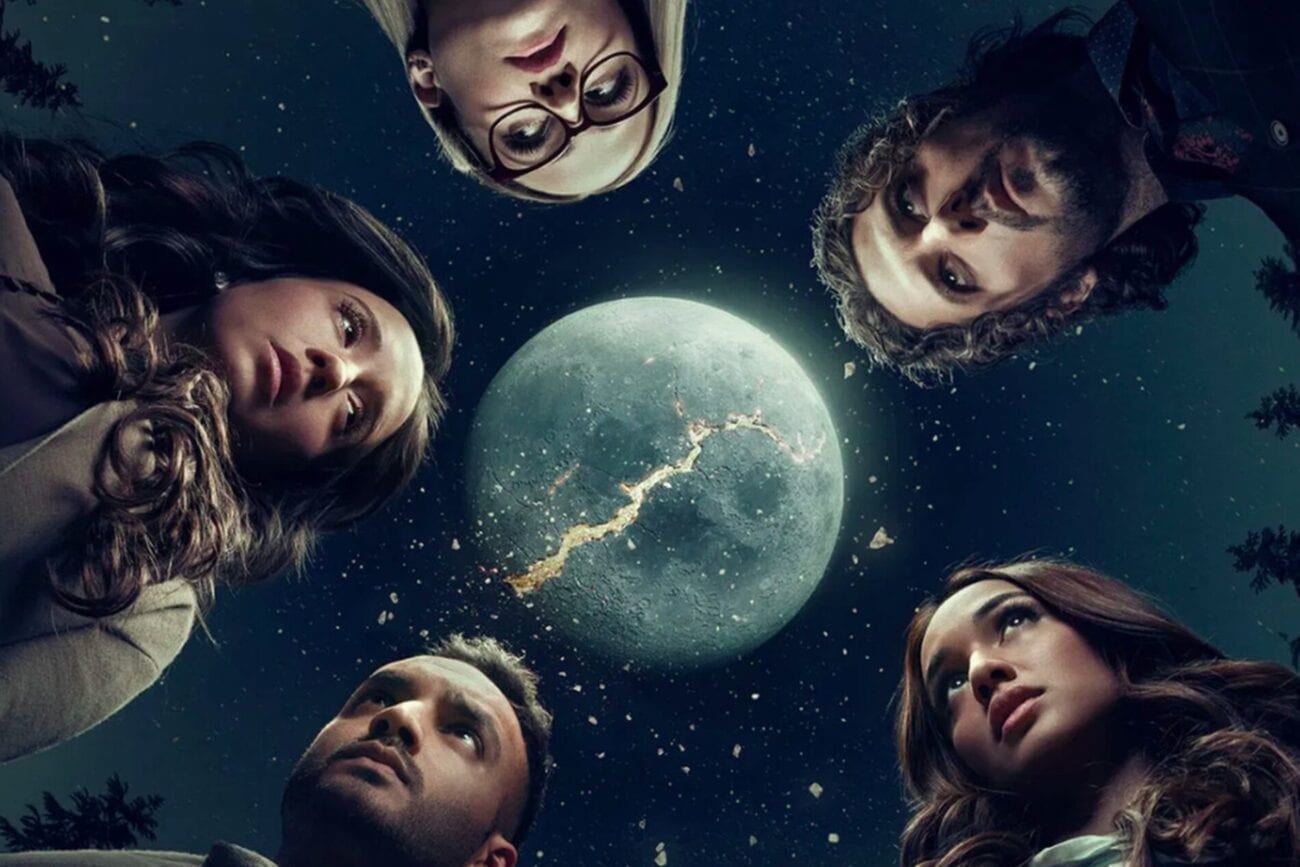 ‘The Magicians’ season 5 finale explained: What’s next for the series?

Those who have yet to fall for The Magicians: hear our surge of glittering accolades. The Magicians may be one of those series hanging out on Netflix that you overlook. With a slow-starting first season, many get turned away too soon. But trust us – this magical dark drama is all about deep development & fun surprises, a worthy investment for all fantasy fans.

With a marvelous cast of unique characters and a plot full of twists, heists, and quests, The Magicians will never bore you. Not to mention, the series will throw you needed moments of levity with hilarious, self-aware characters (yes, we mean Margo) and even random musical numbers that are surprisingly fitting & flavorful.

The Magicians is often compared to Harry Potter because the series focuses on a group of students attending a school to learn the magic arts, but The Magicians blows Harry Potter out of the water in terms of complicated adversity, relevant subject matter, and magical diversity. We all know how Harry Potter epic fails in regard to diversity (get a [email protected]%#ing clue, JK Rowling.)

On January 15, the fifth and final season of #TheMagicians will hit Netflix in The US. pic.twitter.com/x7AyqNeLkC

Are you onboard yet? Good, because you have five hearty seasons waiting for you and on January 15th, Netflix graciously endowed Magicians fans with season 5 – the update we’ve all been desperately waiting for. Whether you were finally able to finish up the series (which came out on Syfy in early 2020) or got to rewatch the titillating last season play out, we’re all feeling starry-eyed about The Magicians.

Those avoiding The Magicians spoilers: now is the time to exit the tab and open Netflix, because we’re picking apart how the story comes to a close in the wild finale. Here’s how The Magicians season 5 finale played out and why we think a follow-up season or spin-off could have some great potential. 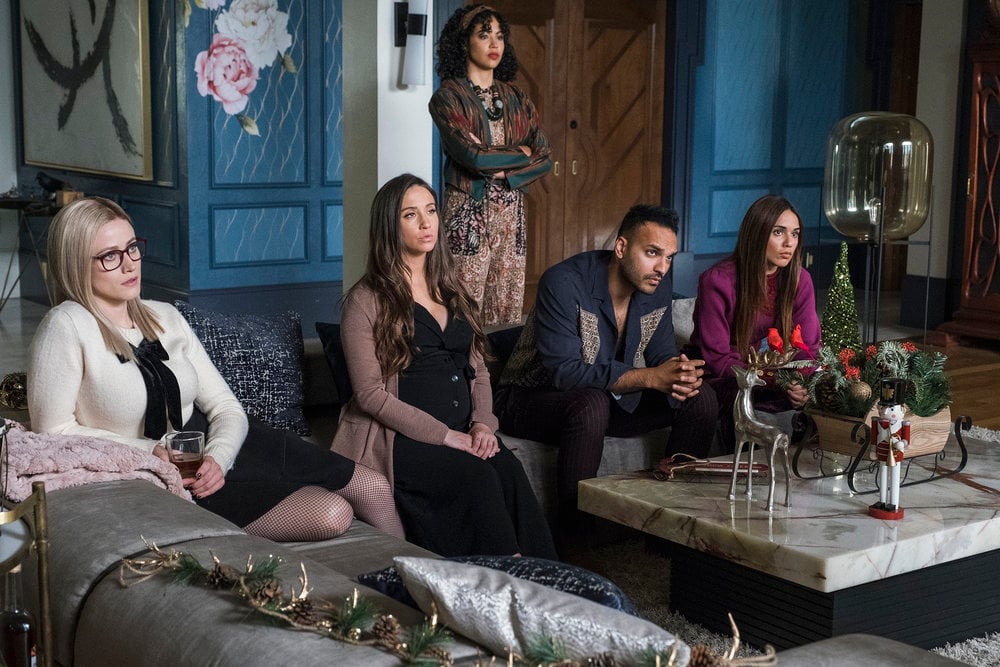 Season 5 of The Magicians is riddled with fast-paced plot points that only increase in the hype. How many apocalypses are there to stop? However many it takes for these characters to come together and pull out those big-brain solutions. Broke the moon while preventing a cataclysmic harmonic convergence? Use a time loop to unleash the Kraken to reset the clock. Bada boom!

“Fillory and Further”, the last episode of The Magicians season 5, puts their ultimate apocalypse-stopping plan into action, which means blowing up Fillory (which is about to be overrun by spirits from the Underworld) and sprouting a new world from the World Seed. All of season 5 built up to this moment, and the stakes were sky-high – a satisfying way to end it all and start anew. 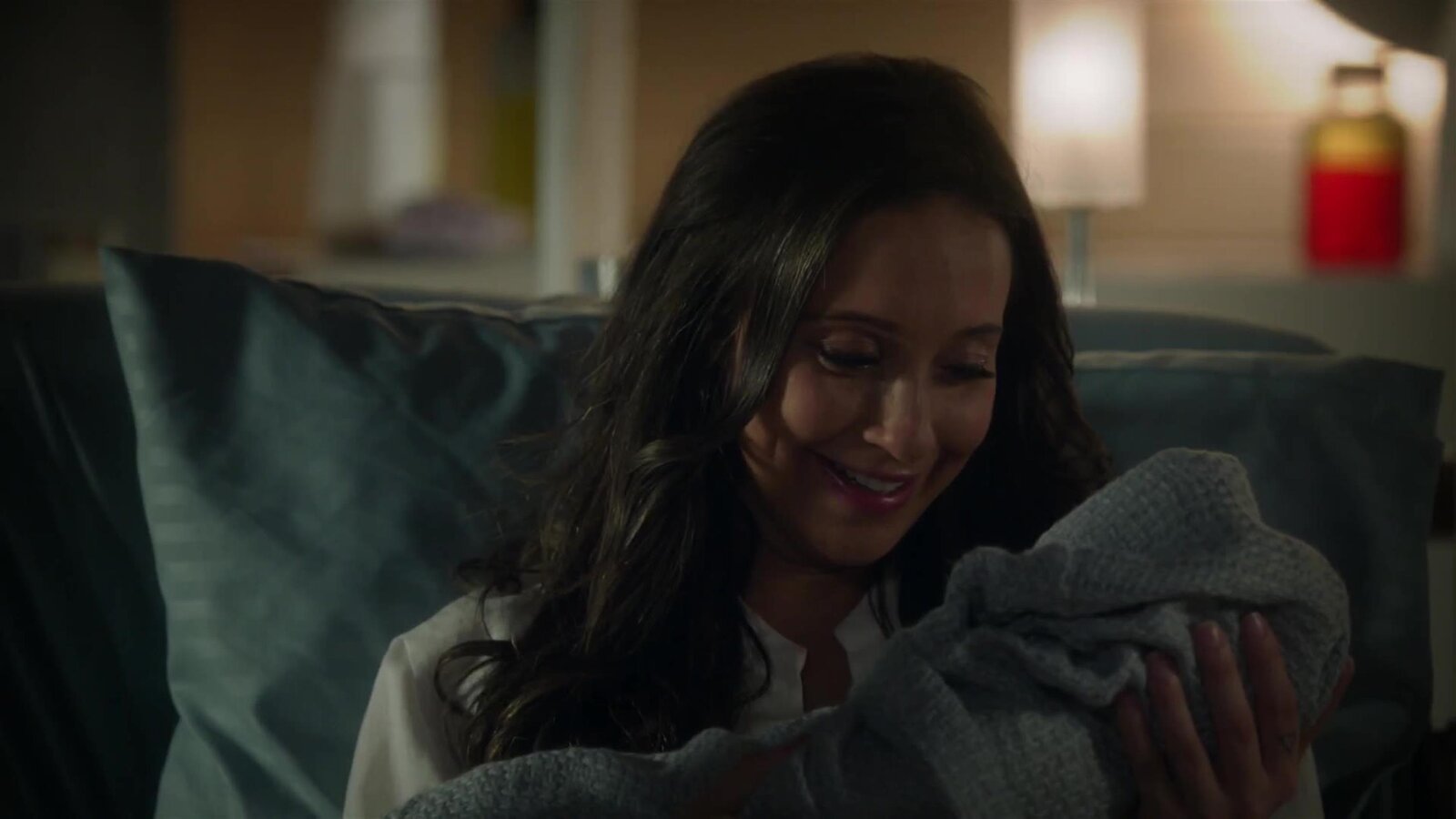 On top of this plan going forth, Julia goes into labor after her sped-up Fillorian pregnancy, thereby bringing Julia & Penny to the Brakebills infirmary. This very different crisis balances the episode, giving a climactic finish of a new perspective.

After successful labor (yet still dramatic with tweaked out Dean Fogg simultaneously returning), their baby daughter, who has Traveler powers, is able to give Penny the ability to travel. Penny then saves his friends in mortal peril like Margo who pulled a Quentin by blowing up Fillory by turning back the clock. (If Margo were to have died we would riot.) 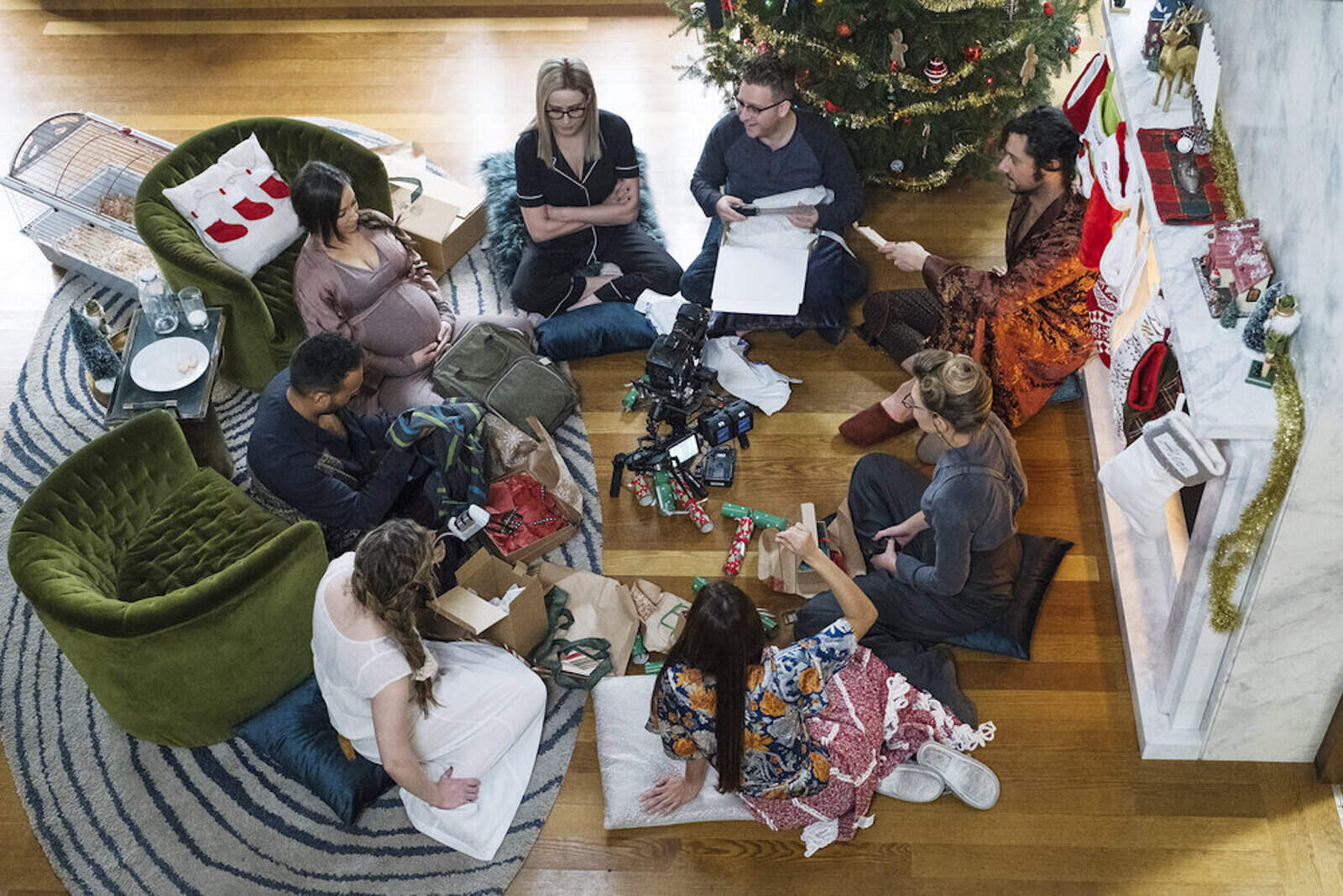 While not everyone is saved as The Beast returns from the dead to wreak havoc (RIP Zelda), The Magicians does a great job wrapping up character arcs in a nice pretty bow – quite literally. After Alice calls upon her good ol’ prison buddy Santa Claus for rescue in the previous episode, he leaves each character a holiday gift.

The false Christmas sprinkles the finale with sentimental joy, as the tokens speak to the spirit of each character – tokens they deeply deserve for all their anti-apocalypse ventures. Margo gets a case for her removable fairy eye, Julia & Penny get baby clothes, and Alice learns her present was the clue to the World Seed – a quest actually all for her (not one she picked up from Quentin.) 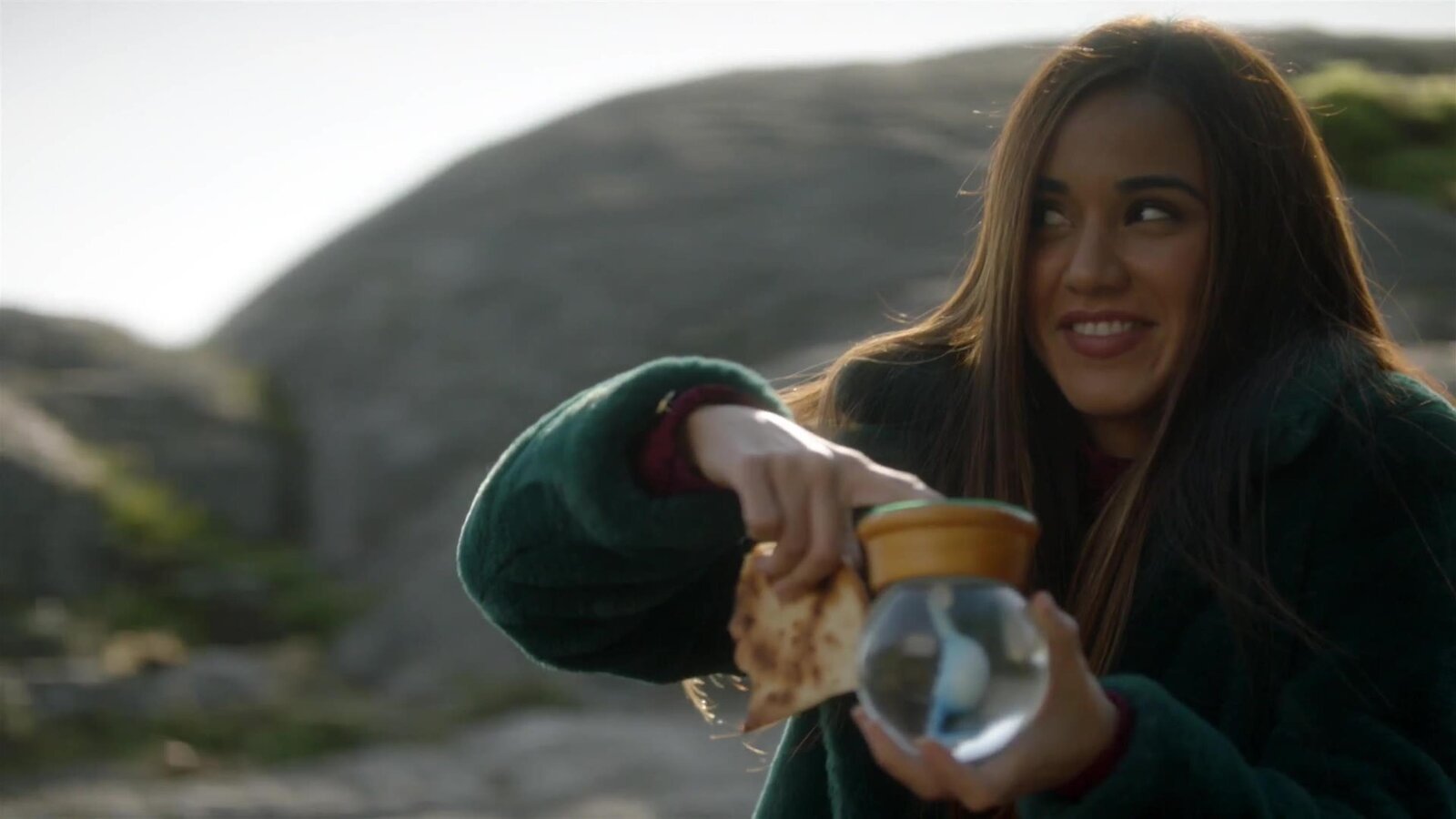 Perhaps the most complex yet fulfilling moment from The Magicians season 5 finale is the new world. Alice, Margo, Fen, and Josh grow the seed into a world tailored to their wishes, bringing the Fillorian population over to a new land on an ark. Fields of bacon, knife trees – this place seem so interesting with endless opportunities & adventures. 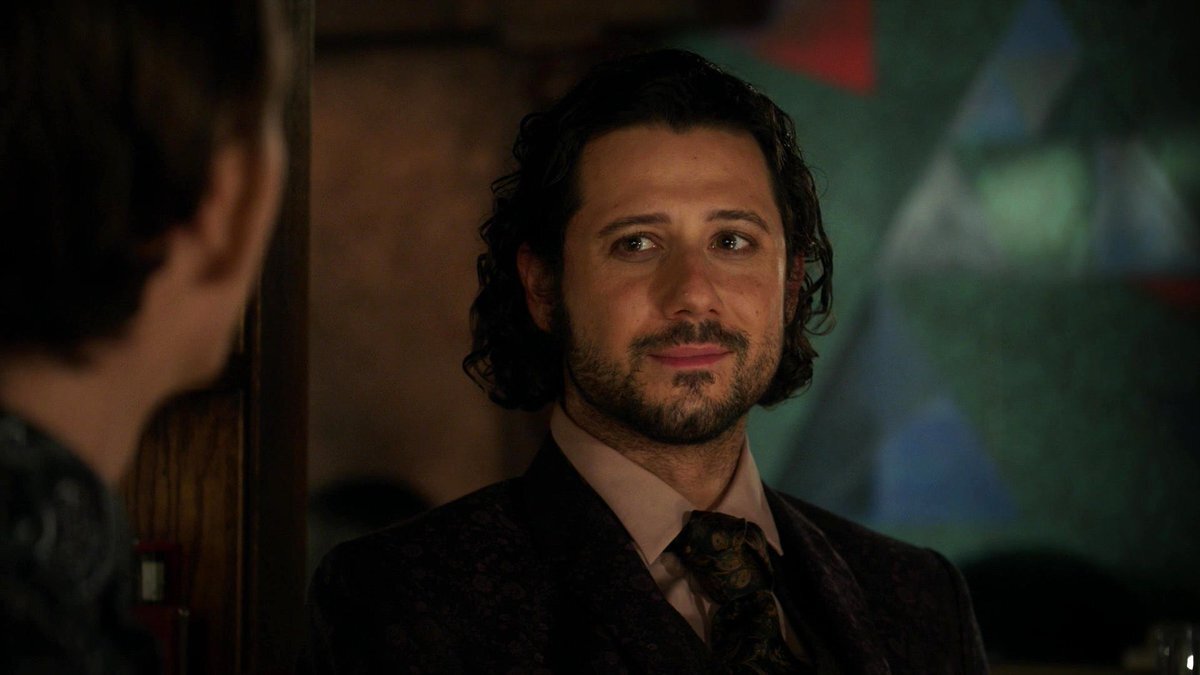 Our biggest beef with The Magicians season 5 finale is the unjust ending for Eliot. Margo, Alice, and Fen disappear, leaving him in the dust to wind up being a depressed professor at Brakebills. What does Eliot have to look forward to? Well, Eliot discovers that his present from Santa allows him to see Charlton in his new body. So, Charleton. That’s his end. Seriously?!

After a romantic saga with Quentin and the Dark King, Charleton, his annoying brain roommate, is lackluster. There’s no denying that. Charlton’s case seems compelling but ultimately feels flat: “[I’m] a man who knows you well, is emotionally available, and plans to stick around.” Boo. What about love? 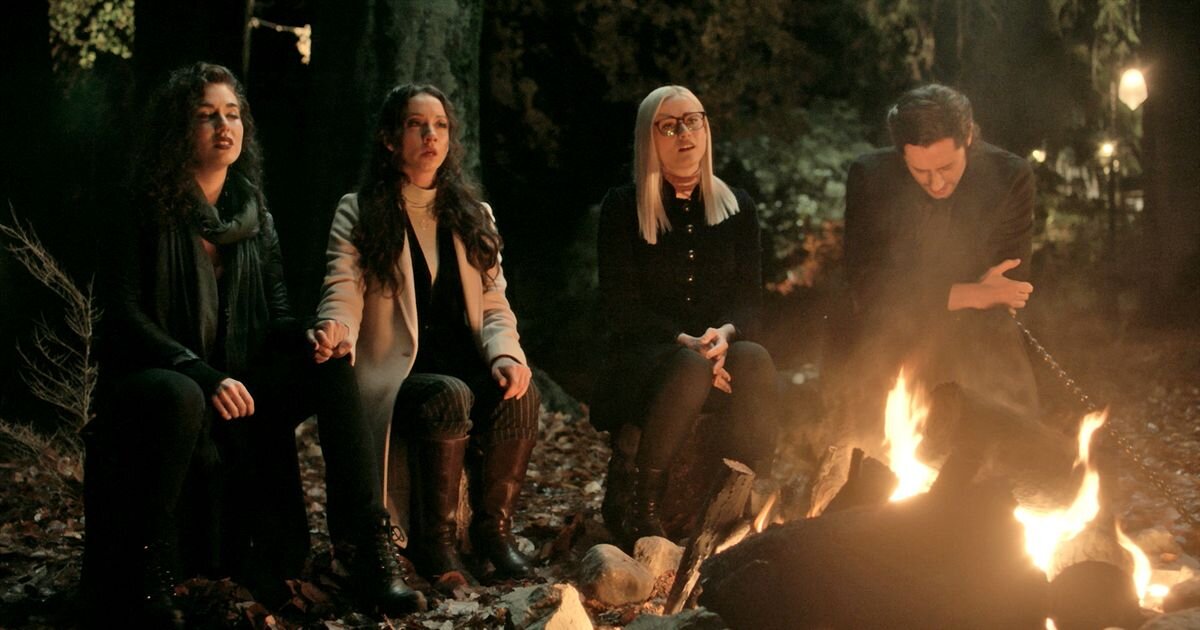 Why did it have to end?

We’ll travel to the ends of the earth to find a World Seed to plant in someone’s head, launching a new The Magicians season or series focusing on the new world with the characters reconverging. Showrunner Sera Gamble even admitted the world was “so real that I’m not going to lie, we could go off and tell lots of stories about these characters.” The Magicians season 6 was even mapped out, and they were looking to other outlets.

But ultimately, the financial concerns were too great and a succinct ending was put in place. Sure, one could say The Magicians had to end – after all, some series just needs to die already. In some ways, the ending was solid enough to satiate fans for good. Tacking on needless seasons could definitely be a downfall.

However, with the size of The Magicians world and the depth of the characters and those who could follow, a spin-off series would be more than welcome. Just look at how Disney is exploiting the heck out of Star Wars with all of those crazy spinoffs. Let The Magicians have one.

What did you think of The Magicians season 5 finale? Do you want more? Tell us your thoughts below.