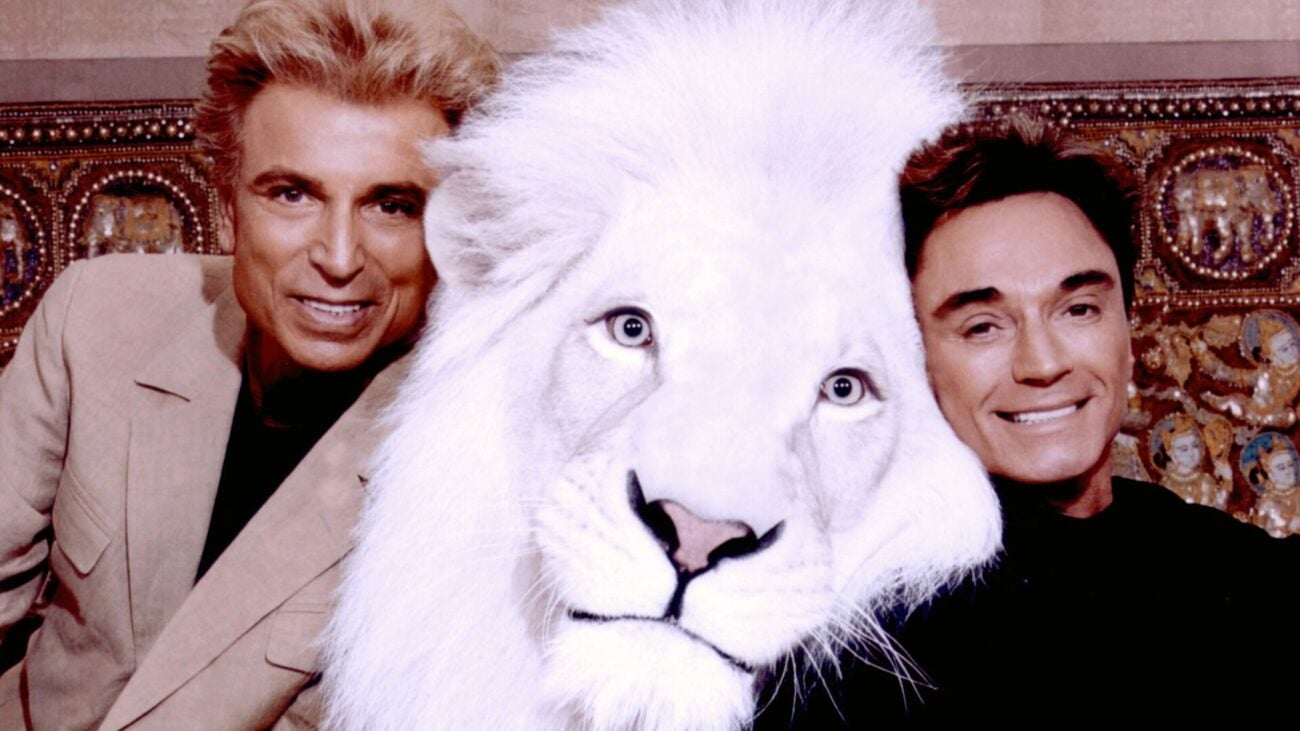 Legendary magician Siegfried Fischbacher tragically passed on Wednesday night due to his terminal pancreatic cancer. The eighty-one-year-old’s death comes just eight months after his business partner Roy Horn passed from the coronavirus complications at the age of seventy-five.

The globally renowned Las Vegas magic act Siegfried & Roy entranced all, attracting heaps of tourists and selling out nightly for decades. To treasure their contribution to the field of magic, here’s a look into Fischbacher & Horn’s legacy as iconic illusionists & performers. 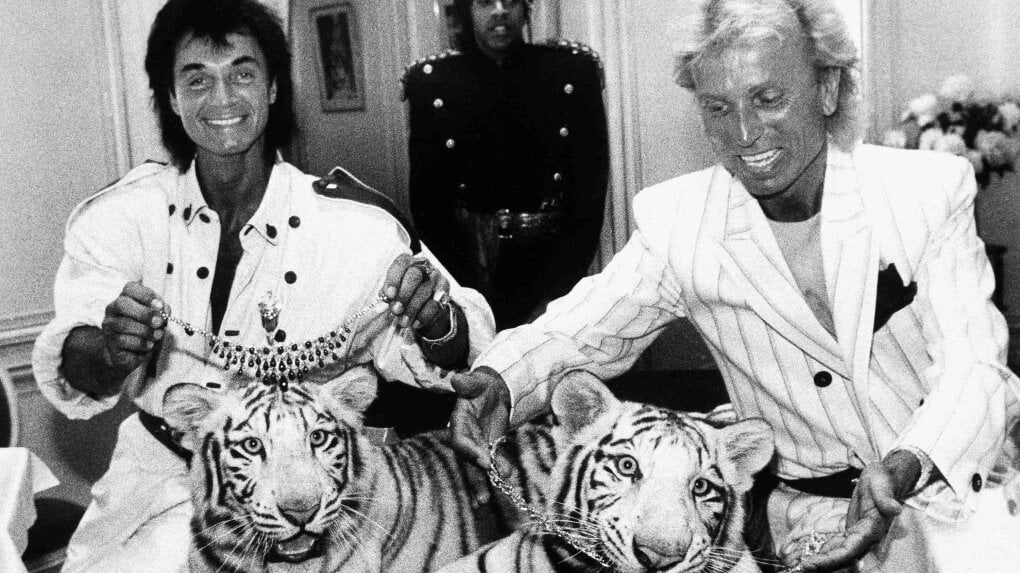 Siegfried Fischbacher met Roy Horn over sixty years ago on a TS Bremen cruise ship who was working as a steward. Horn had smuggled his pet cheetah, Chico, on board which drew Fischbacher’s attention.

Already an established magician from an early age, Fischbacher had Horn assist him during his nightly performances aboard the ship. Fischbacher helped Horn with his magic act which thus spiraled into a strong partnership, creating the signature act Siegfried & Roy. 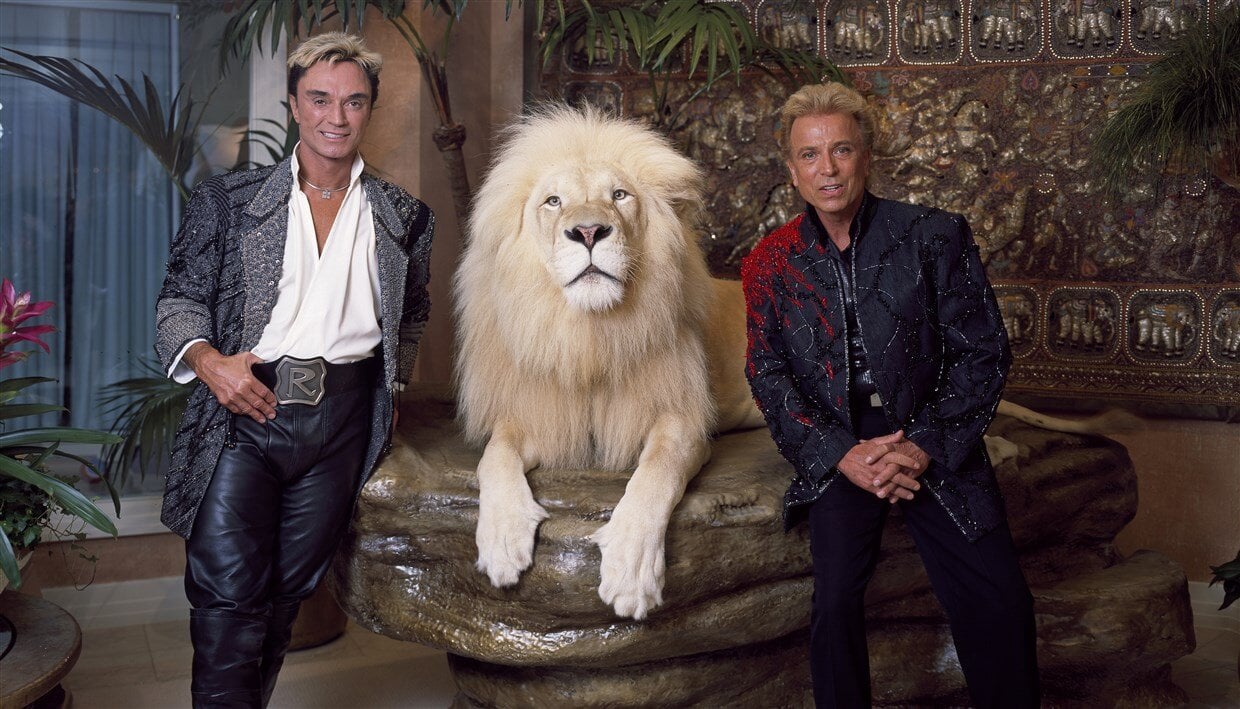 The German-American pair made their way to Las Vegas in 1967, eventually establishing themselves at entertainment hub Las Vegas hotel Mirage in 1989. Siegfried & Roy held their post there for fourteen years, wowing audiences with their $30 million production night after night on end.

One huge element of the Siegfried & Roy act was their inclusion of animals onstage. They worked closely with big cats like white tigers, white lions, leopards, jaguars, and even an elephant at one point. Added to the allure of tiger-taming, New York Post called their act “David Copperfield-esque magic with a gaudy dose of Liberace glitz”. 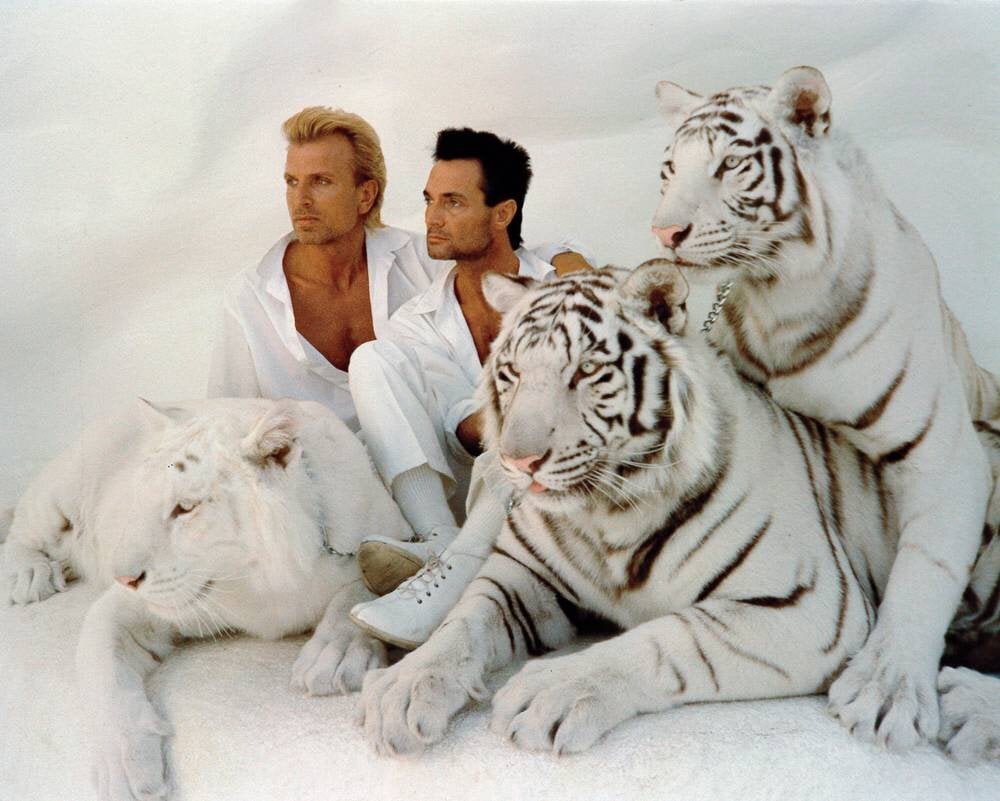 Working so closely side-by-side for decades, many wondered if the magicians had a homosexual relationship. Suspicions about their sexuality further arose after rumors uncovered “a mural on Fischbacher’s bedroom wall reportedly depicted Horn in the nude with cheetahs”, according to New York Post.

However, Fischbacher & Horn consistently denied rumors of a romantic partnership between them. Though Fischbacher did speak to the matter of being an gay icon in 1999, telling Vanity Fair: 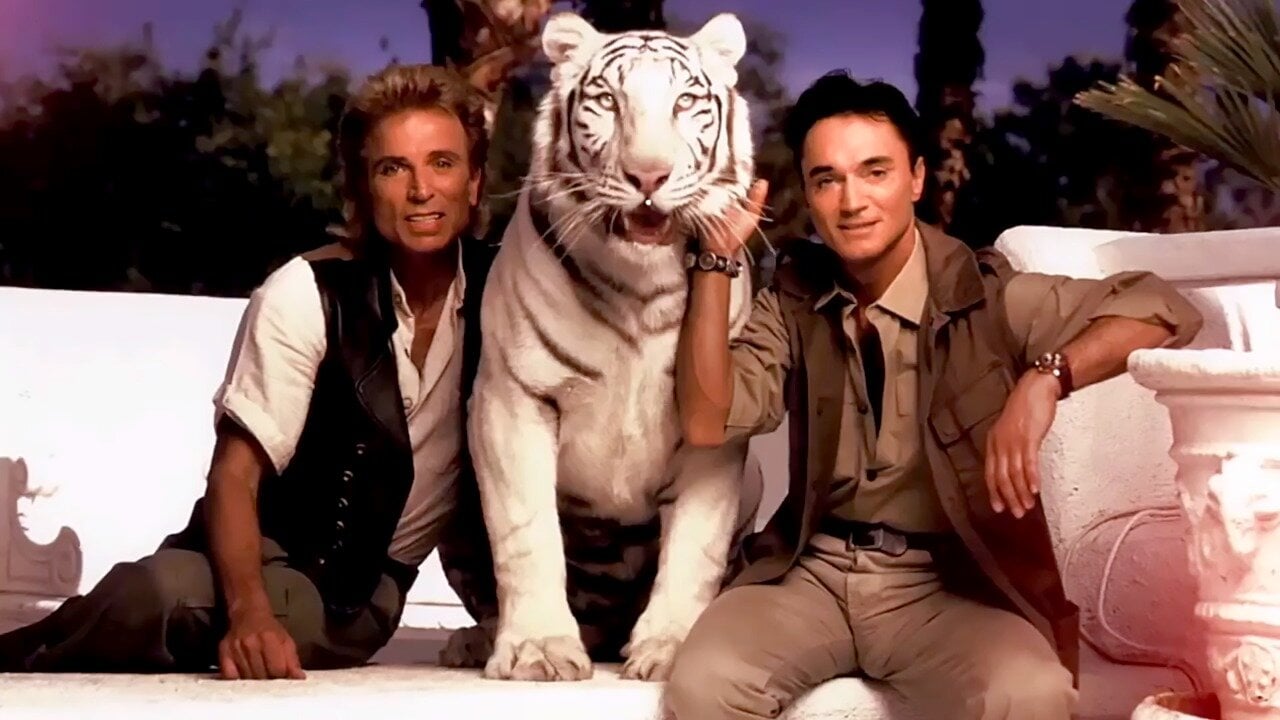 “I am very honored. In my life I have a lot of friends who are gay, and I made a lot of friends in show business, and I found out that they are always interesting, intelligent, and good people, and fun to be with.

“They are very open-minded. They are not narrow-minded. If I am an icon to them, it is wonderful, because gay people are always very loyal . . . And, you know, when you go back in history, there are great names in the arts and in every field, so be my guest.” 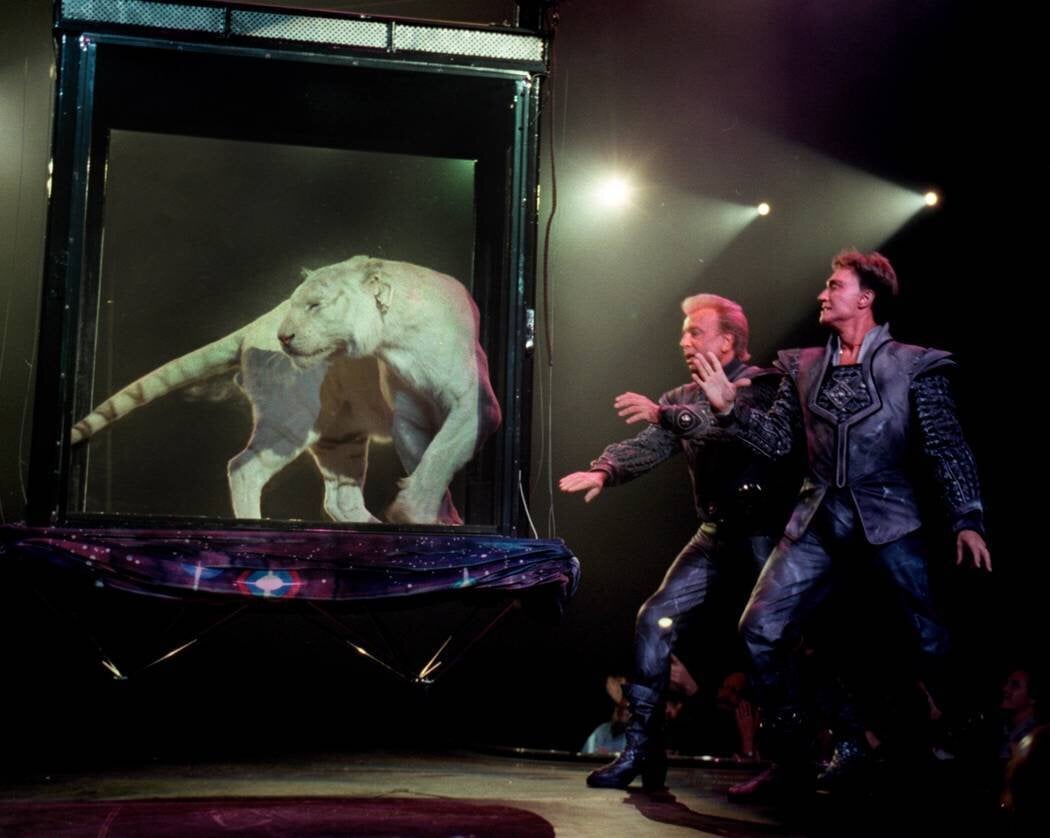 Sadly, the hot Siegfried & Roy act was cut short when a terrible accident occured on stage in 2003. A 380-pound white tiger, Mantecore, attacked Horn, biting his neck and dragging him off the stage during a live show at the Mirage Las Vegas. The tiger’s strike crushed Horn’s windpipe, leaving him partially paralyzed.

This unfortunate event forced Siegfried & Roy into retirement, ending their long run in the magic business. One of their animal handlers alleged to mistreatment of the tigers on the day leading up to the accident in 2019, but Fischbacher had already made peace with the incident, saying:

“I really don’t miss it. We have been on stage in Vegas just by themselves for 40 years on stage, you know? And we had the most successful show in the history of Las Vegas anyway.” 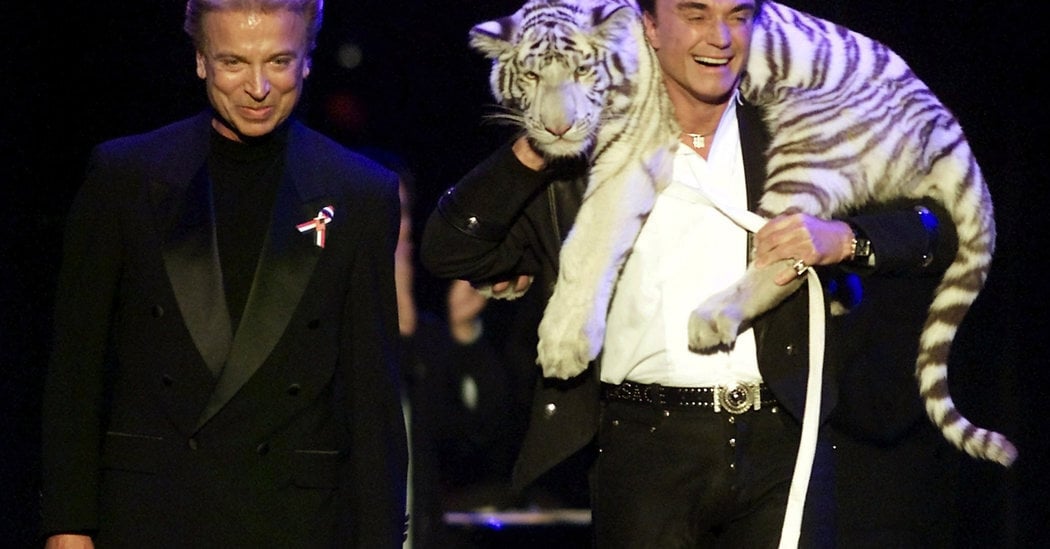 Tied to the hip for much of their lives, it’s unsurprising that Fischbacher & Horn passed within such a close time range of each other. Their legendary magical performances in the industry relied heavily on their chemistry and the pair won’t be forgotten.

“We did what we did out of love, not for success or money,” Siegfried once said, according to his reps. “We had a deep respect for each other. We literally raised each other: I created Roy and Roy created Siegfried.” 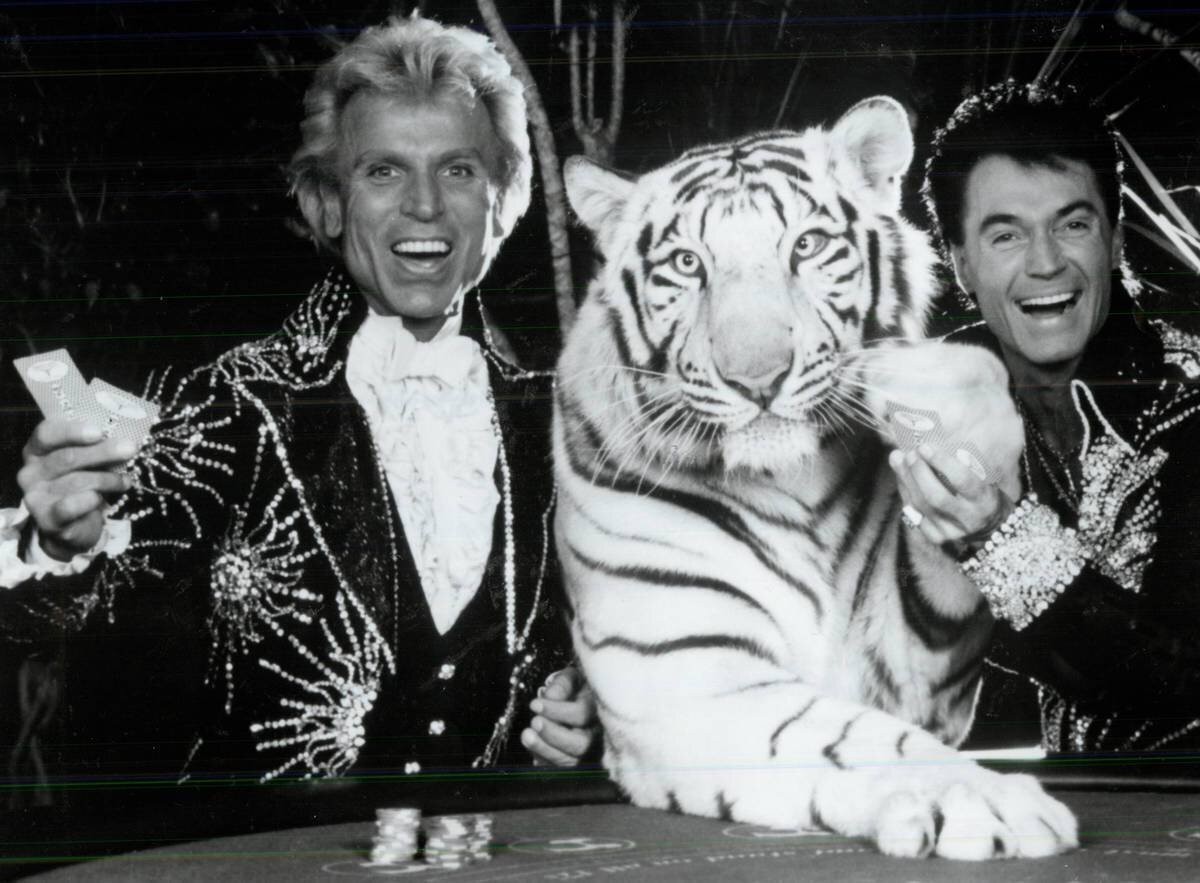 When Horn died less than a year ago, Fischbacher shared a few parting words: “From the moment we met, I knew Roy and I, together, would change the world. There could be no Siegfried without Roy, and no Roy without Siegfried.”

Siegfried Fischbacher’s sister Dolore reported that she talked with him on the phone just before he passed, saying “He was only able to say ‘okay’. It was kind of like an Amen.” According to the German newspaper Bild, Dolore shared that her brother “fell asleep gently & peacefully.”

“He is not dead, he will live on in my heart,” Dolore concluded. 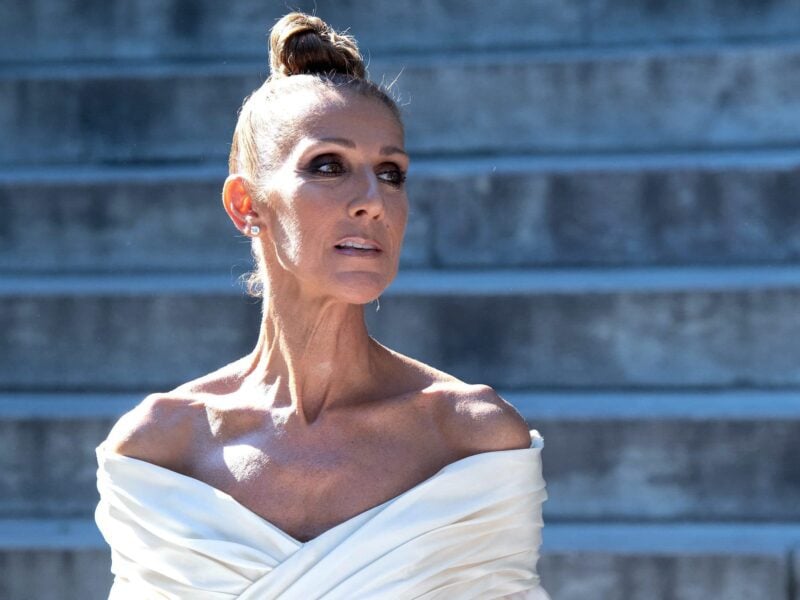 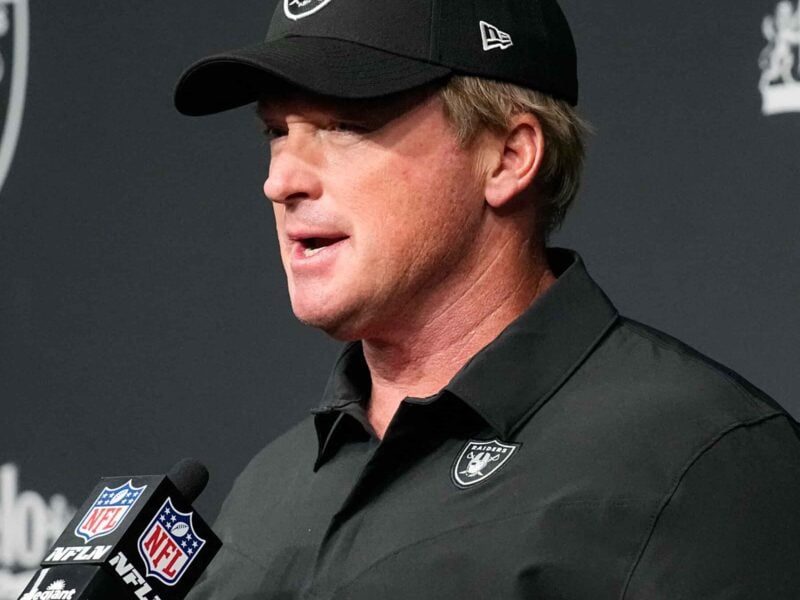