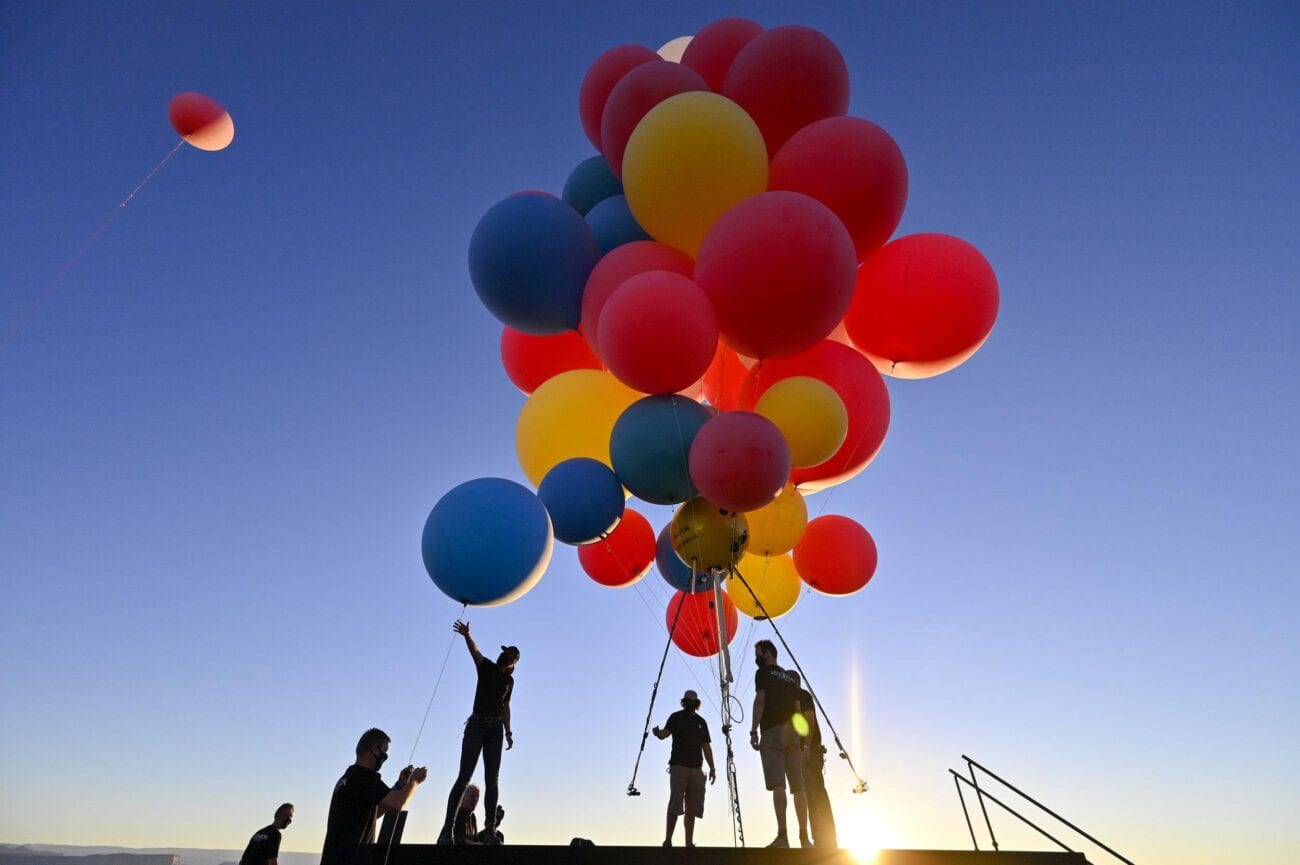 The most savage memes about magician David Blaine’s latest stunt

Magician David Blaine executed a pretty wacky stunt involving balloons on September 2, 2020.  He labeled the feat “Ascension”, a stunt during which he floated 24,000 feet in the air over the Arizona desert using 52 helium balloons as his method of flight. David Blaine streamed the stunt live on YouTube and parachuted back to Earth once he was satisfied with his “magic” trick.

One could say Blaine is the ultimate entertainer in the midst of trying times. Some people loved the stunt and others thought it was nuts. Because there are undoubtedly people who found Blaine’s death-defying stunt ridiculous, he’s been circulating around the internet for more than just press. We all know what the public does these days to people they think look ridiculous: they plaster the internet with memes of them.

David Blaine is no exception. Some of the memes created of Blaine were even done in real time during the live stream. Here are some of our favorite and most savage memes about the 47-year-old’s feat of flight. 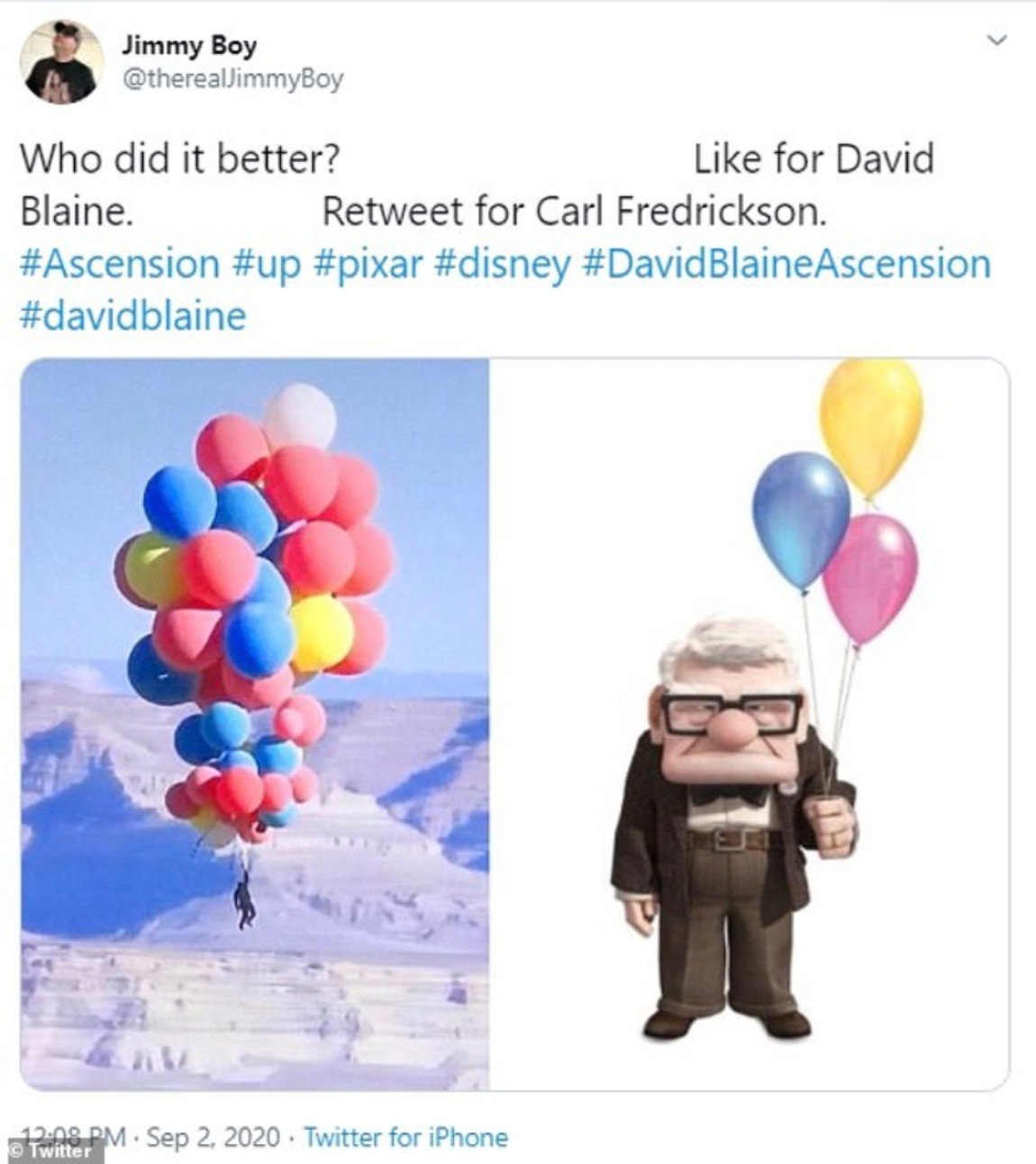 Battle of the balloons

He had to know this comparison was coming. 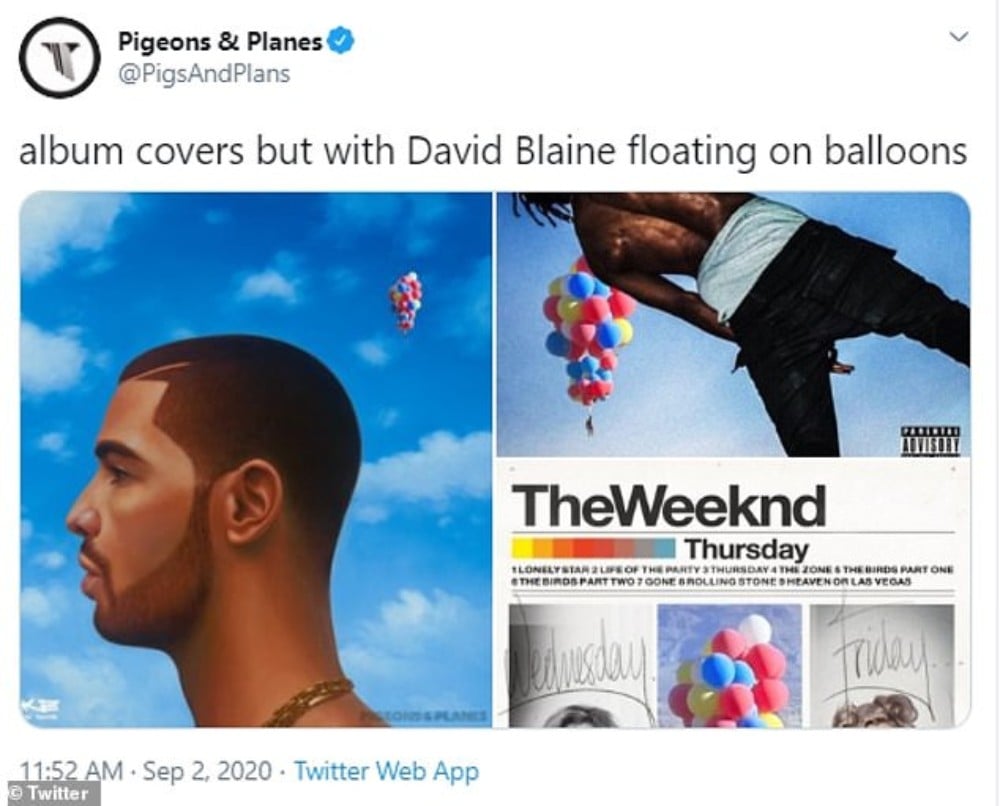 These musicians clearly foretold the wicked stunt Blaine would execute. 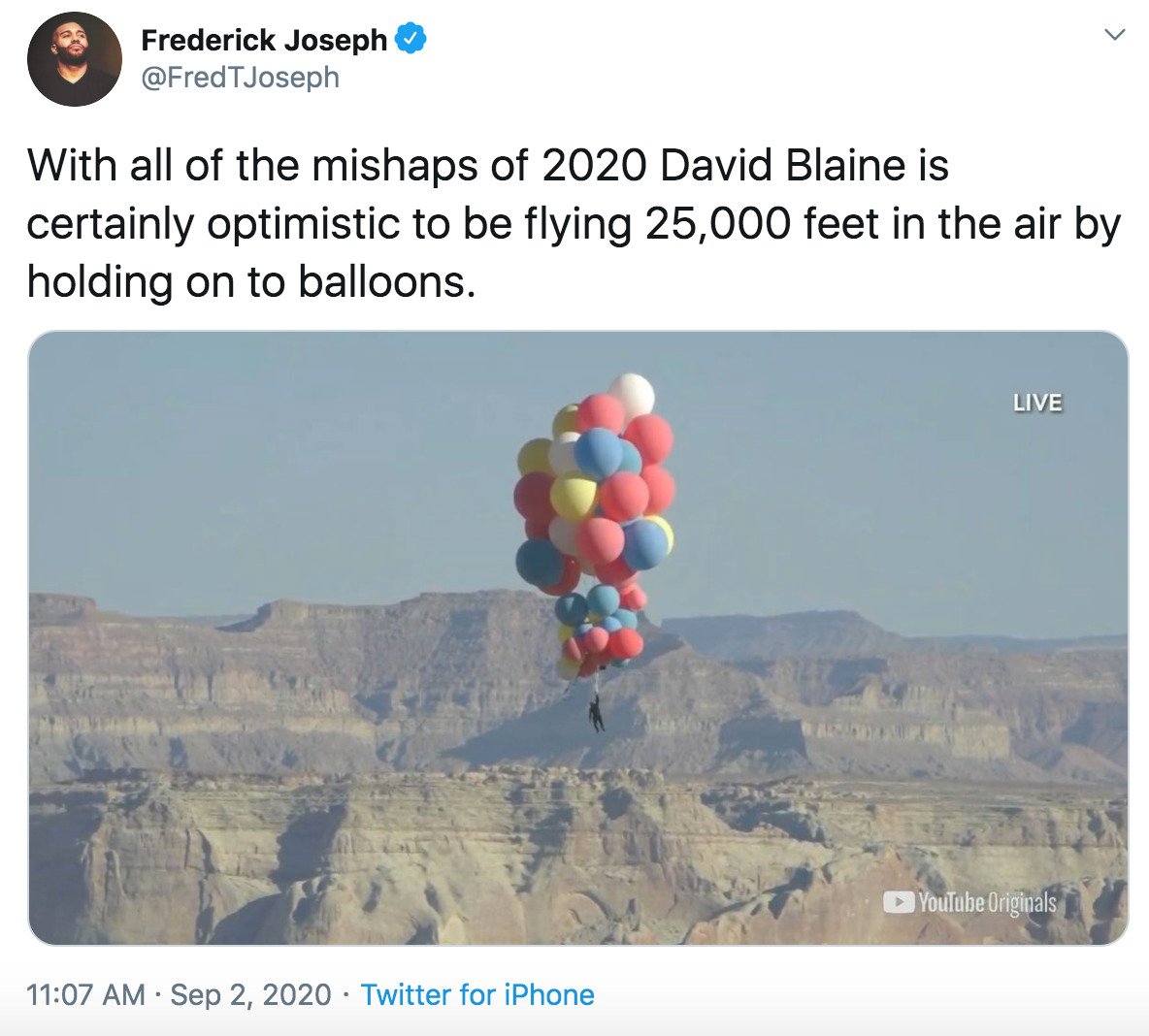 How shall we label Blaine’s stunt?

Is it an innovative act of mid-life crisis or an interesting way of uplifting the world during 2020? 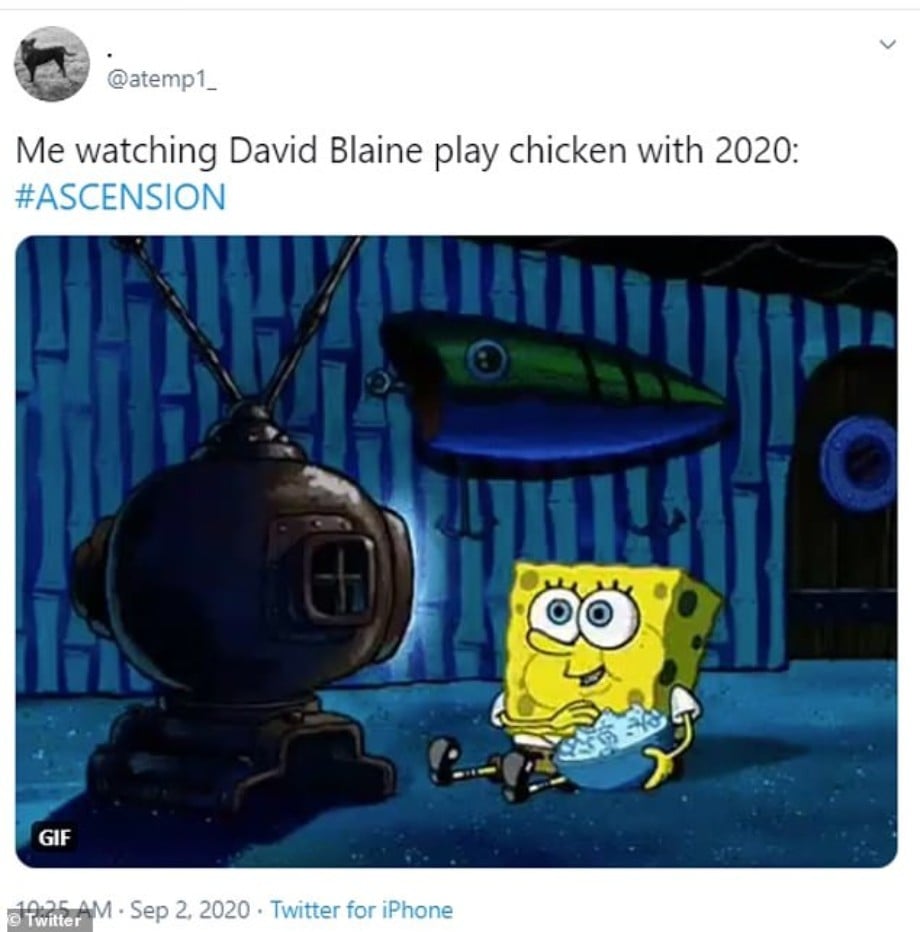 This meme creator sure got one thing right: watching Blaine’s supposed mid-life crisis wasn’t unentertaining. No matter how many memes were spun up, it was a nice distraction. 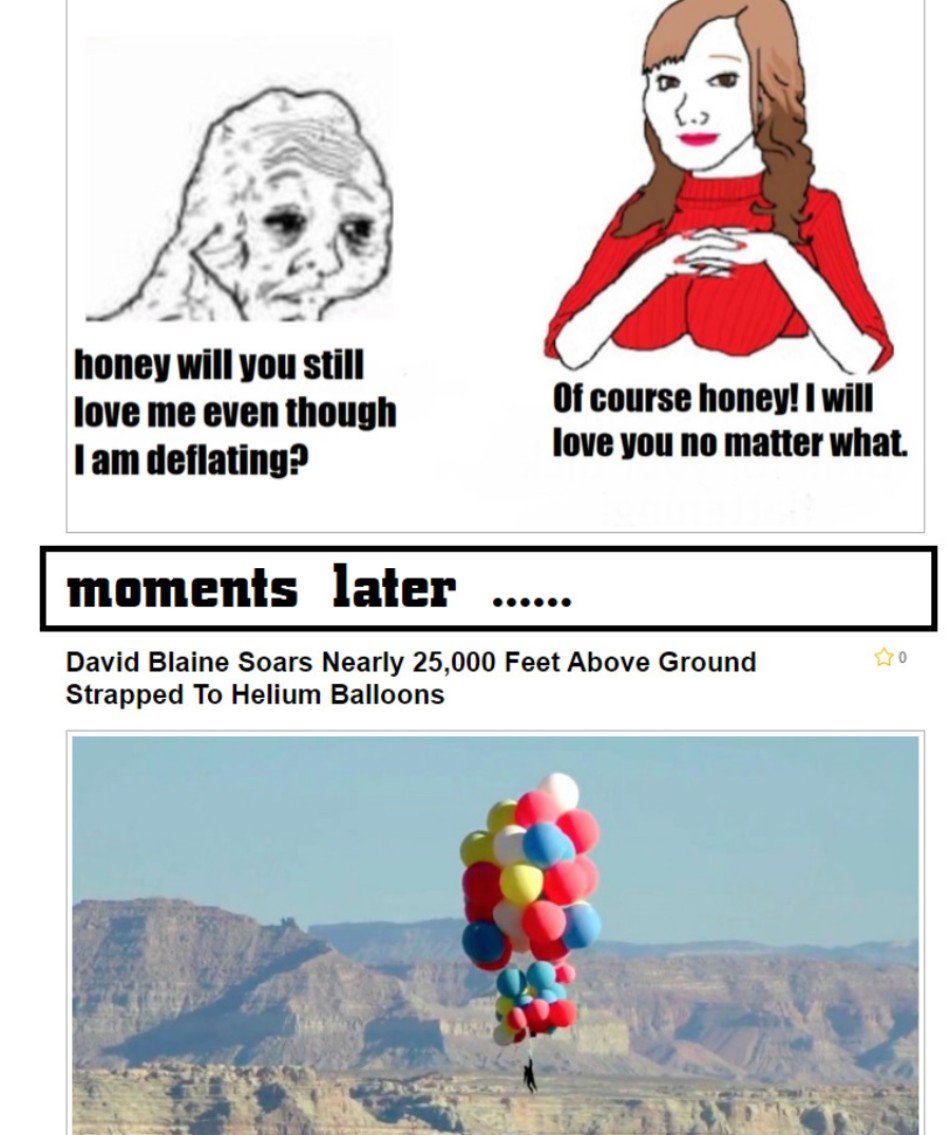 How much do you love me, dear?

David Blaine: More than the clouds in the sky? Alright, I’ll accept that challenge. 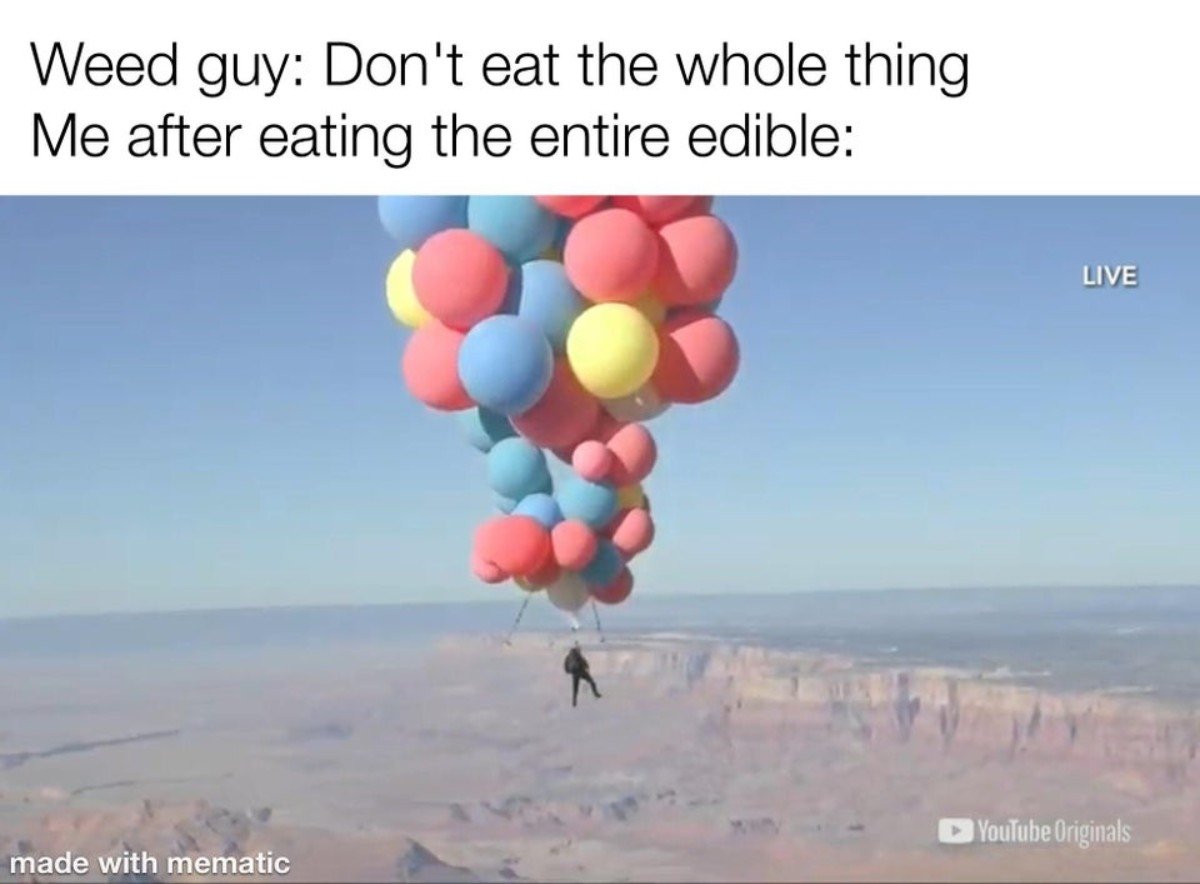 This is what happens when you take everything as a dare. 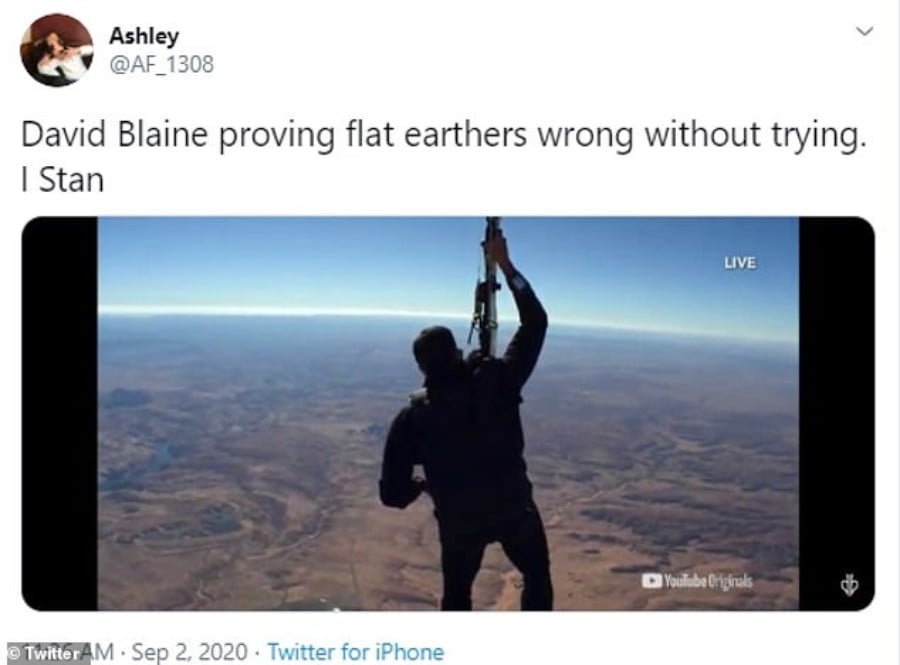 Was that the sound of someone’s worldview shattering? 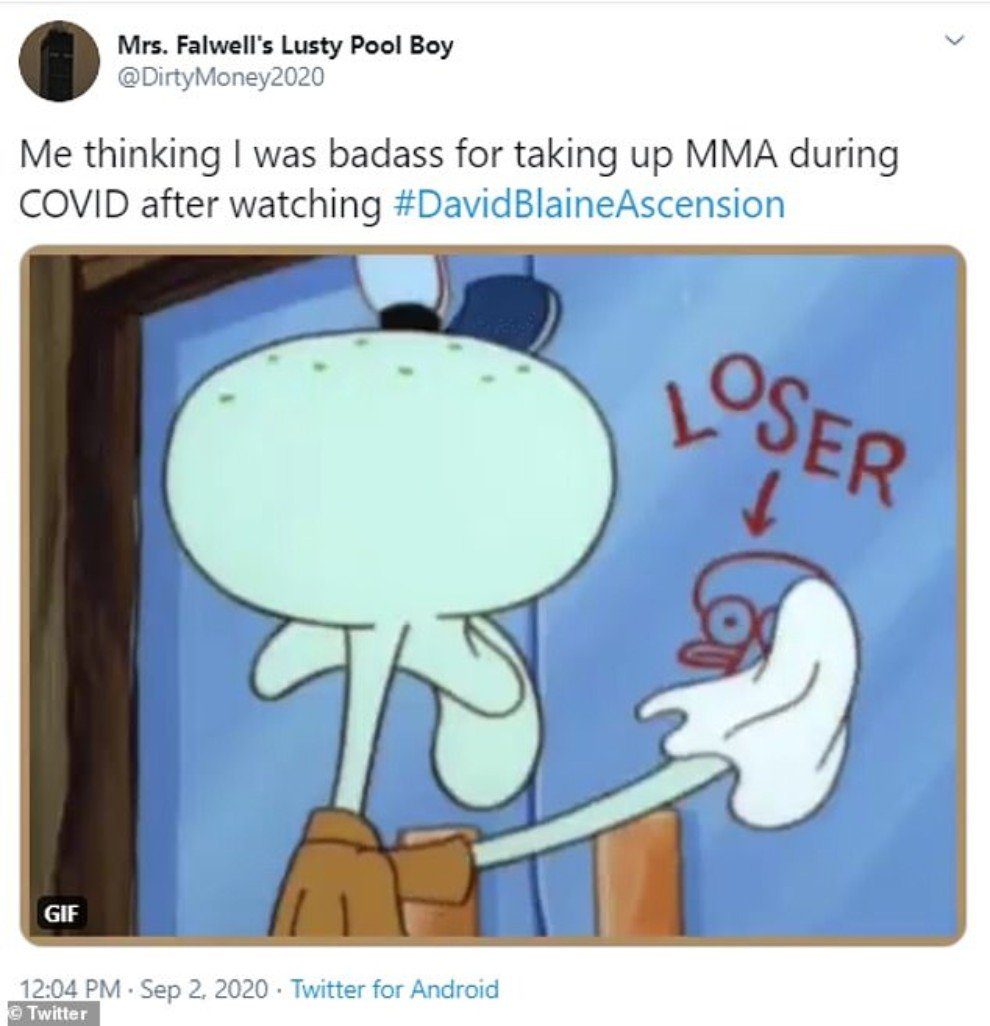 My COVID-19 hobby is better than yours

How dare he make us feel so inadequate.