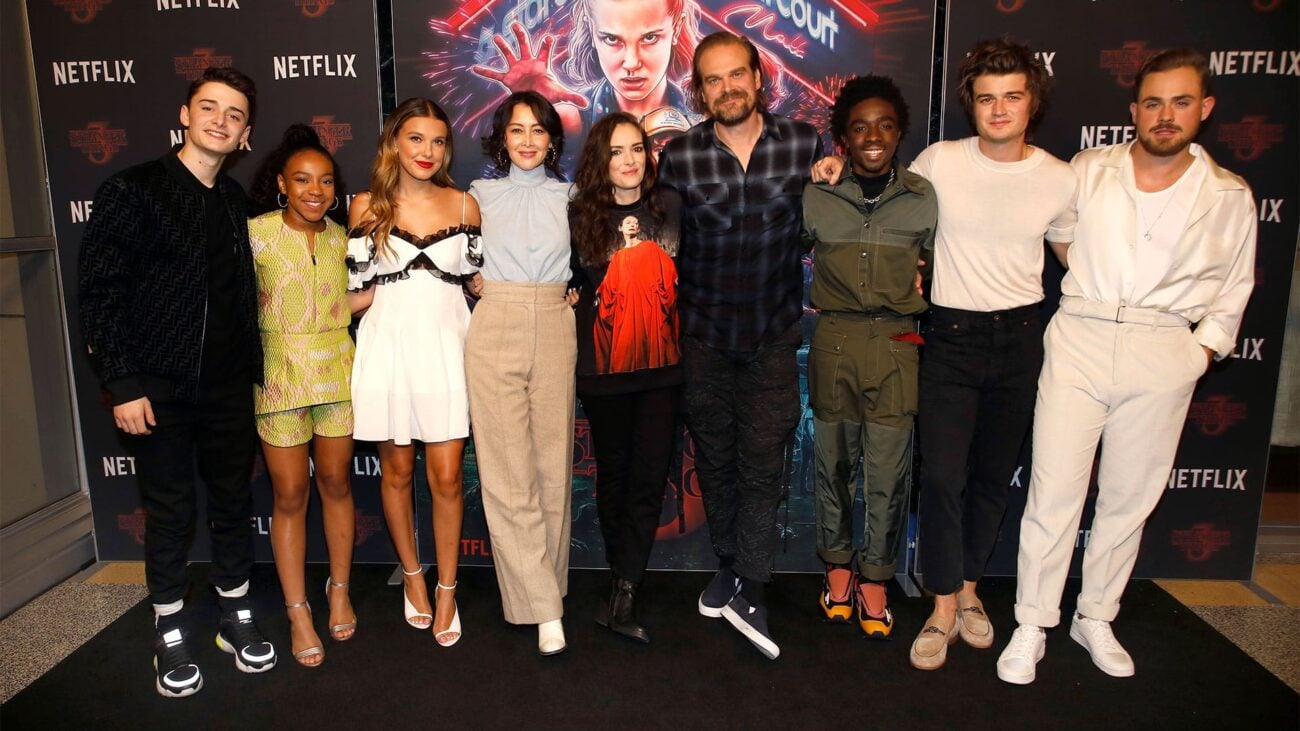 Dark parallel dimensions of the human world swallowing teenagers, Demogorgon monsters destroying malls, and pre-teens saving the day on their bikes with telekinesis powers — what gets better than that? The supernatural Netflix drama Stranger Things returns for a fourth season premiering on May 27th, 2022.

New previews of season 4 feature ominous footage of the brand new storylines – think new locations, unexpected surprises, and unforeseen dangers. Season 4 is expected to be the most exciting and frightening edition yet! Which Stranger Things cast members are expected to return to the screen? Here’s what we know. 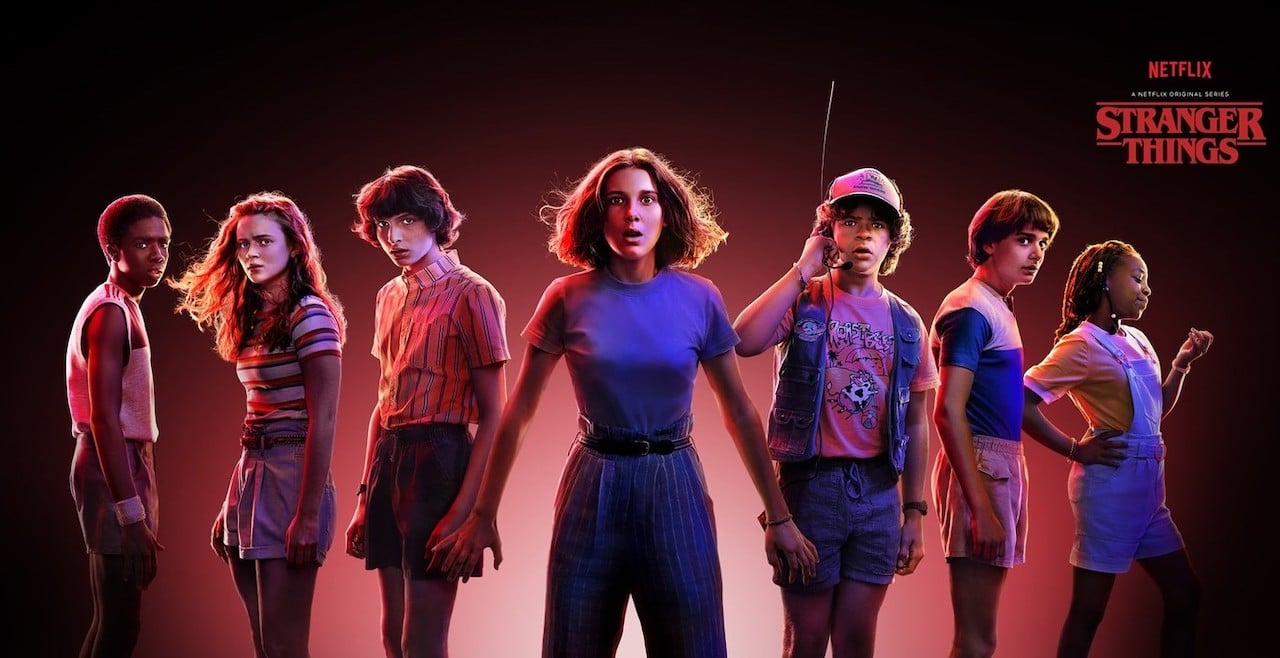 The gang is back!

Inspired by Stephen King novels and films like Gremlins, Jaws, Back to the Future, and Nightmare on Elm St., the Duffer brothers wanted to create an original project much like their favorite childhood 80s classics.

Stranger Things carries a nostalgic retro aesthetic that popularized the show back in 2016, connecting to kids of the 80s and new generations alike. Although, rad video games and Dungeons & Dragons references are not the only elements that made Stranger Things appealing.

As the creators of Stranger Things, the Duffer brothers’ choice in casting is arguably the heart & soul of the show. The twin brothers admit that if it wasn’t for the child actors’ amazing talent, the show likely wouldn’t have been a hit. 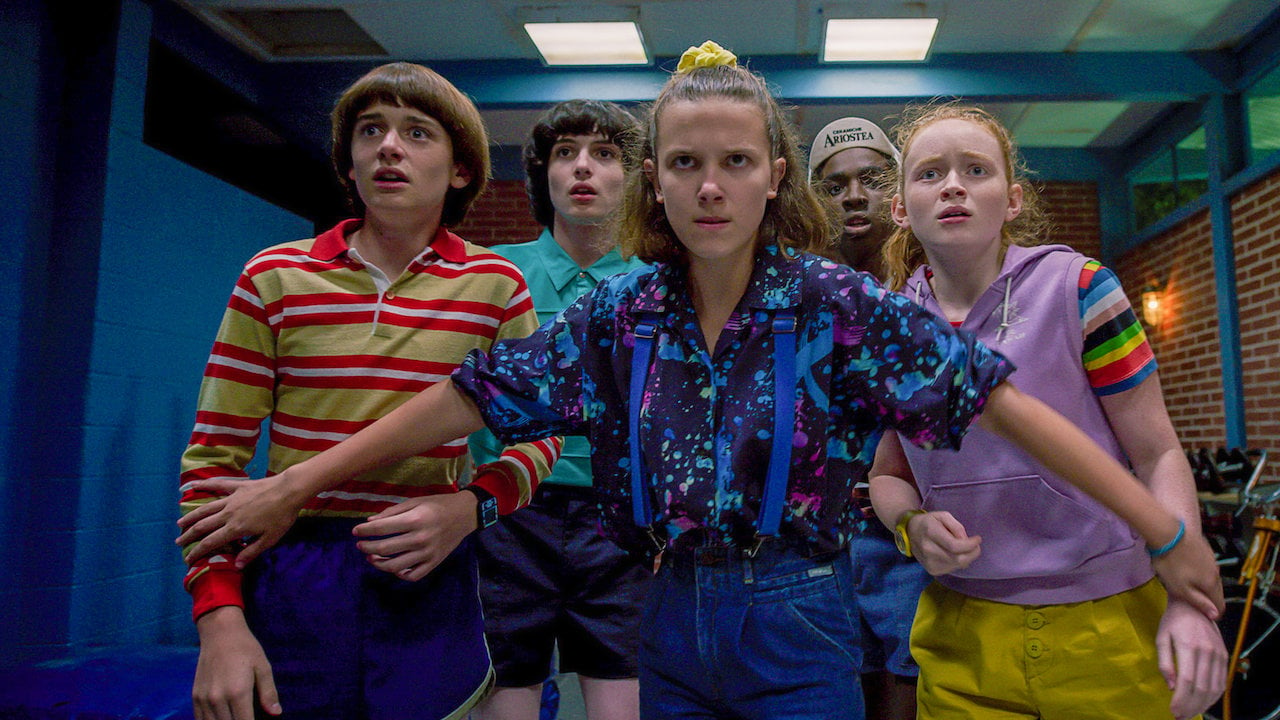 The series created a cult following and three successful seasons. Now that season 4 is on the horizon, which Stranger Things cast members will return for more thrilling 80s adventures? Don’t worry, everyone’s favorite characters are returning to the long-awaited newest season.

The cast of Stranger Things will see the return of Dave Harbour as Jim Hopper, plus Millie Bobby Brown as Eleven, Finn Wolfhard as Mike Wheeler, Gaten Matarazzo as Dustin Henderson, and Caleb McLoughlin as Lucas Sinclair. 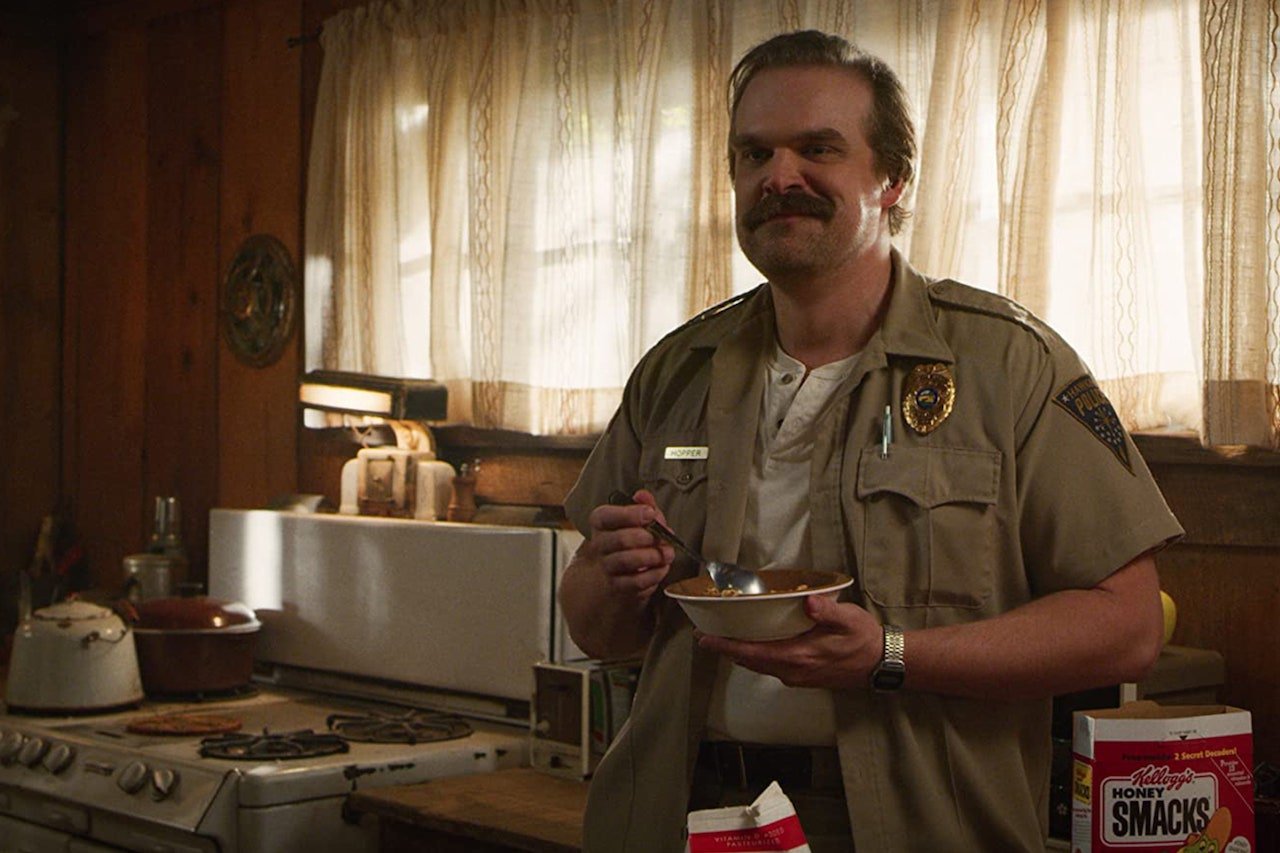 Where did Stranger Things leave off? In season three, Dustin comes across radio interference from a Russian underground base which leads Hopper, Joyce, and Murray to infiltrate and close the gate to the Upside Down. Meanwhile, Hawkins’ new mall becomes a Demogorgon/teenage battlefield, and Eleven finds out Billy is possessed by the Mind Flyer.

There is an immense struggle to close the dark portal to the Upside Down, risking the lives of many. According to Elle magazine, in season 3’s finale, “Hopper tragically sacrifices himself so that Joyce can close the gate, which will simultaneously kill the Mind Flayer and save Hawkins.”

While mourning the loss of Hopper, Joyce has hopes of starting a new life and decides to sell her house in Hawkins, Indiana. This sets the stage for the upcoming season, indicating that new adventures will be set elsewhere. But that’s not all! Netflix released teasers that Hopper is alive. What a twist! 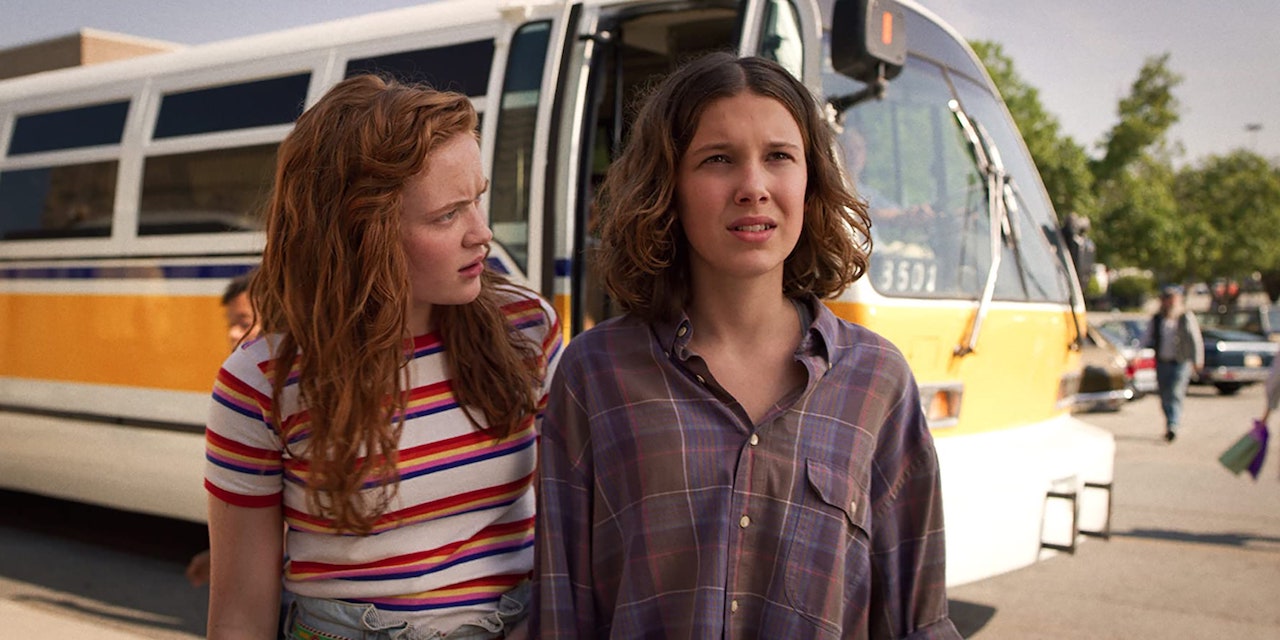 As the new season inches closer, the Stranger Things cast members are leaving hints of what’s to come in season 4. Millie Bobby Brown said while sharing the clip in an Instagram post, “We’re not in Hawkins anymore,” referencing the small Indiana town where Stranger Things takes place.

Now that we know Stranger Things is moving outside of Hawkins, Indiana, audiences are interested to see what will become of Will, Joyce, Eleven, and Hopper’s whereabouts.

According to a description from Netflix, Hopper is still alive but nowhere near Hawkins. A preview shows a blanket of a white snowy landscape with Russian prisoners working on the railroad. The camera reveals Hopper pausing from the back-breaking work with a shaved head and no mustache — making him a prisoner in Kamchatka, Russia. 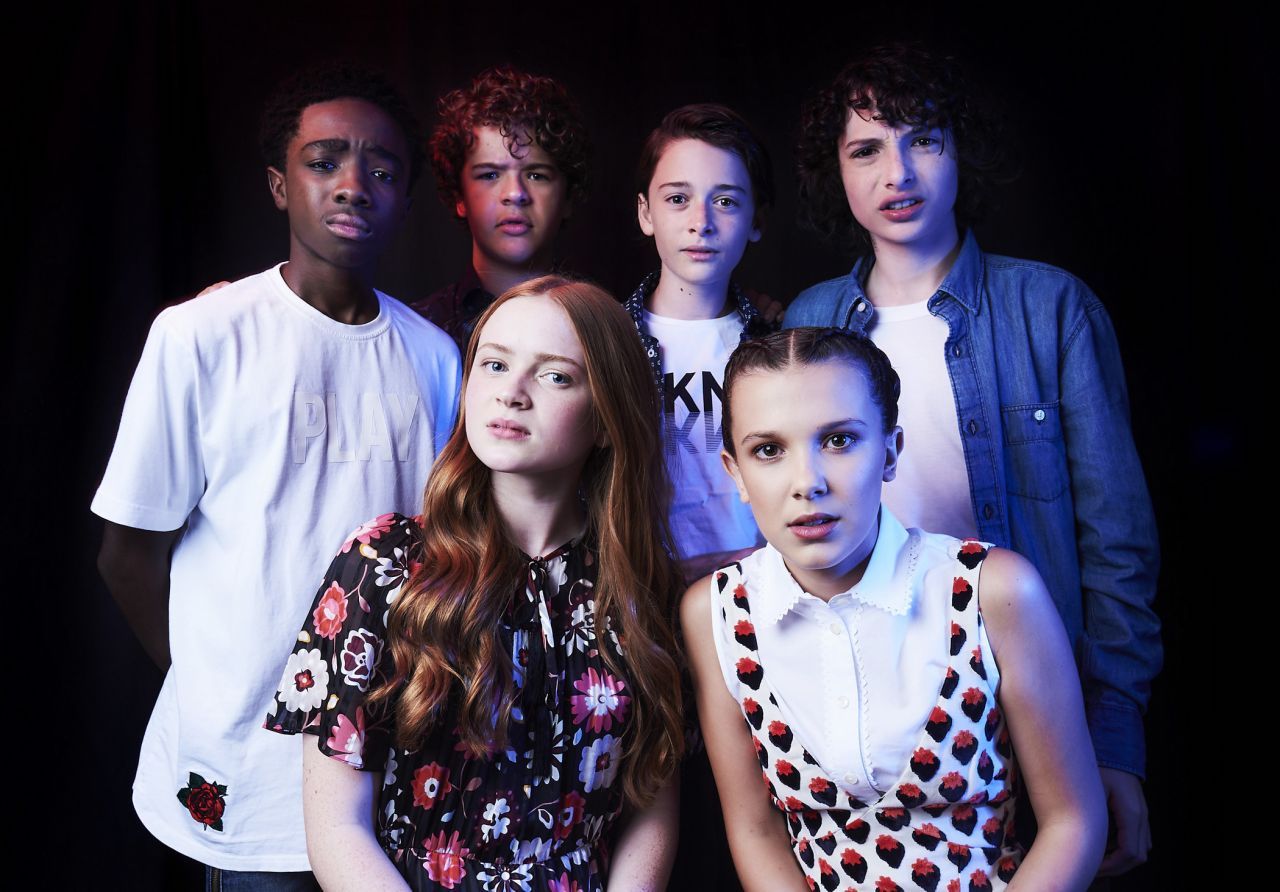 The rest of the gang investigates an abandoned Victorian house looking for clues. While walking around the rickety wood floors, the teaser shows a flashback to the 1950s when the house was inhabited by a nuclear family haunted by eerie static & white noise. Is this a possible introduction to a new monster from the Upside Down?  We guess we have to wait to find out. 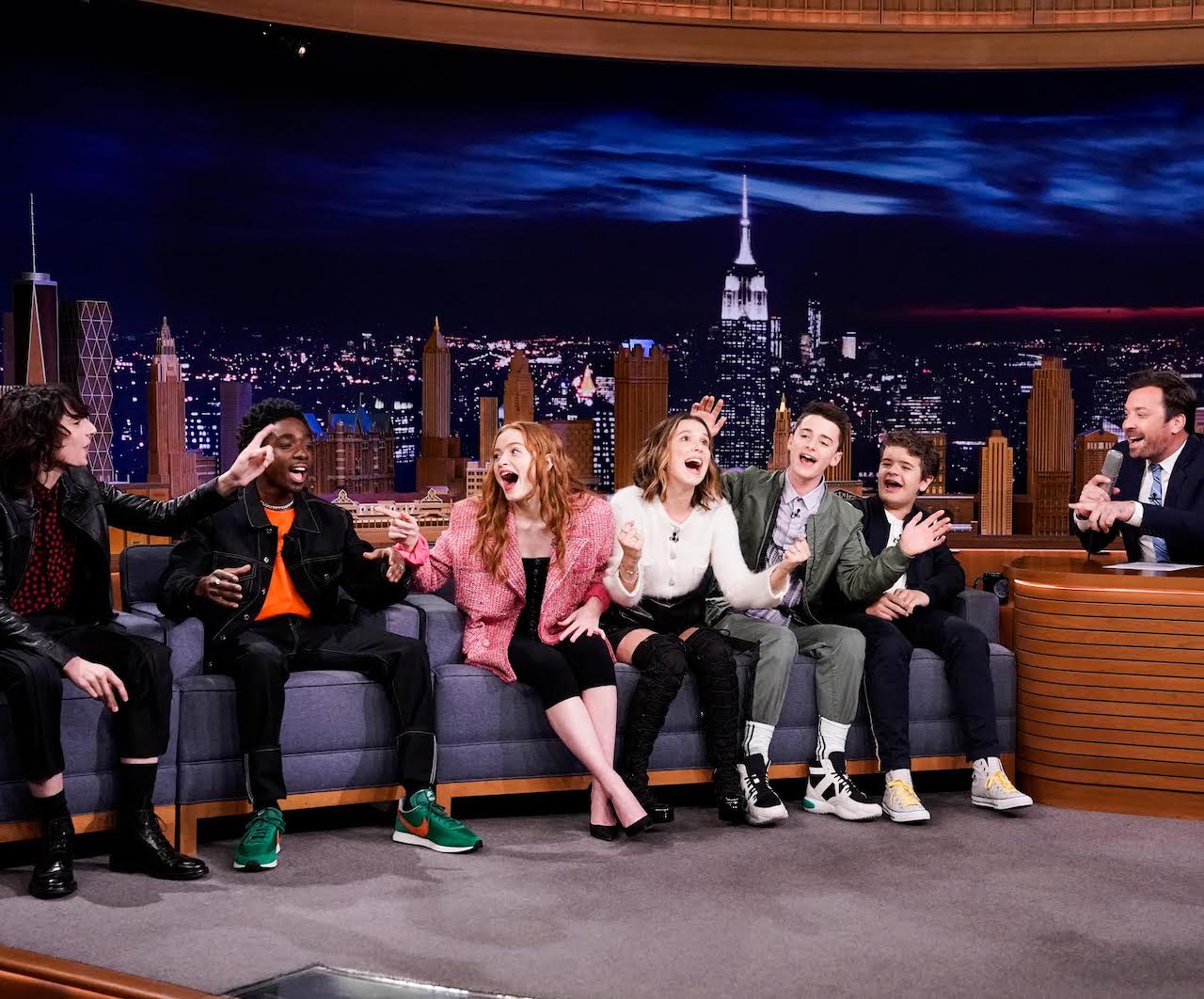 What should you expect in Stranger Things season 4?

Netflix announced that the upcoming fourth season will be released in two parts, with the first batch of episodes, called Volume 1, landing on May 27th. Volume 2 will follow on July 1st, so fans won’t get another long delay. This means super fans won’t be able to binge-watch the show all in one day.

There’s an endless amount of possibilities for season 4 and fans couldn’t be more excited for the return of their favorite Stranger Things cast. Hopper is a prisoner in Russia, teenage heroes are growing up, and new D&D monsters arise! Oh My! Watch the new season streaming this May on Netflix.