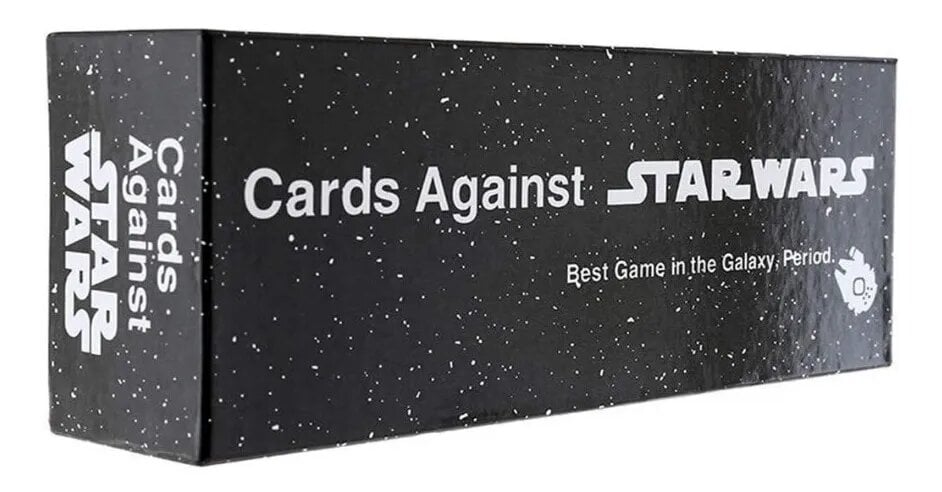 Cards Against Star Wars – May The Laughs Be With You

For all those who enjoy the excitement of the classic space saga, Star Wars. For those who love all those iconic characters like, Darth Vader, Luke Skywalker, Han Solo & Princess Leia. This might be the worst news you ever heard! But for all those who love the hilariously funny party game, Cards Against Humanity, this will be the best news of all!

Those deeply disturbed people, with the warped sense of humor, who invented that card game, have now turned their attention to a version of Star Wars Cards Against Humanity. They have also made themed variation adult board games based on Disney and Harry Potter too. Taking the galactic world of George Lucas and implanting a toxic seed of rude, crude and lewd humor into it. 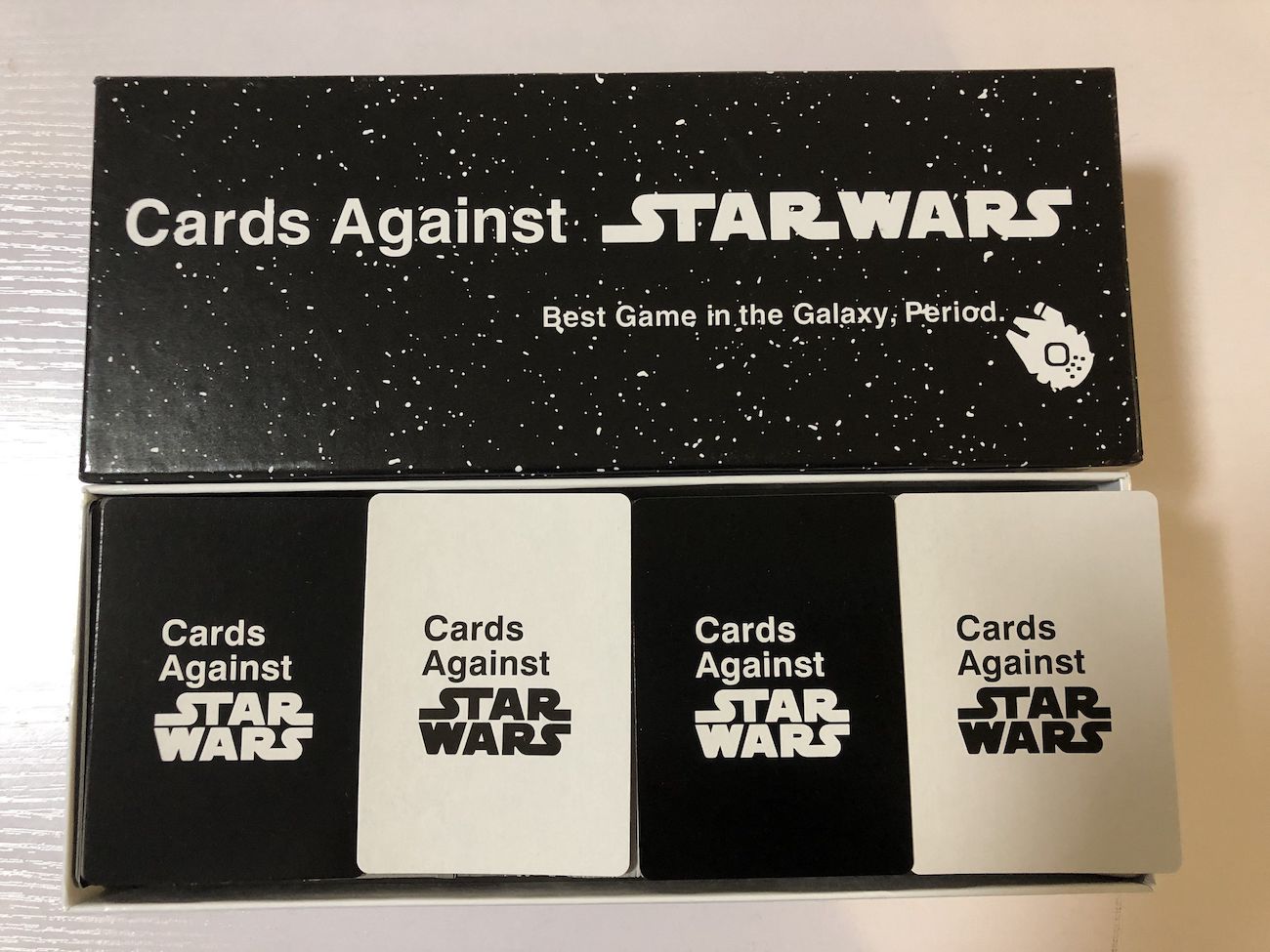 The result will have you and your (sick puppy) friends crying with laughter and howling in hysterics.

As you might imagine, this is a party game not for kids. To avoid cringingly embarrassing moments with the children (and to stop them from running to their parents and telling them you have been teaching them a lot of new words!), make sure you only invite adults and only those who are not easily offended.

Cards Against Star Wars has an age restriction printed on the side of the box for a good reason – this adult board game is strictly for 17 years and older!

But among all the movies we have seen, don’t you wonder about the things they are not telling us? The Ewoks like to party so much did they have swinger parties? How big and strong was Jabba the Hutt’s toilet? Why was Rey so attached to BB8? How many attachments did he really have? What happens if Darth Vader sneezes?!

All of these questions (and a whole lot more) may or may not be answered in this Star Wars Cards Against Humanity. A lot will depend on how depraved your mind works and whether your friends share your gutter level sensibilities.

Just in case there is one or two of you out there who have not played this party game before, here is a quick rundown. Cards Against Star Wars is split between question and answer cards. Each player takes it in turn to read one of the questions out while the other players will choose one of their own answer cards to complete the sentence, with the best answer winning the round.

To win at this game, your answers do not have to be so relevant to Star Wars. Generally, the winners come up with the funniest and / or filthiest answer! 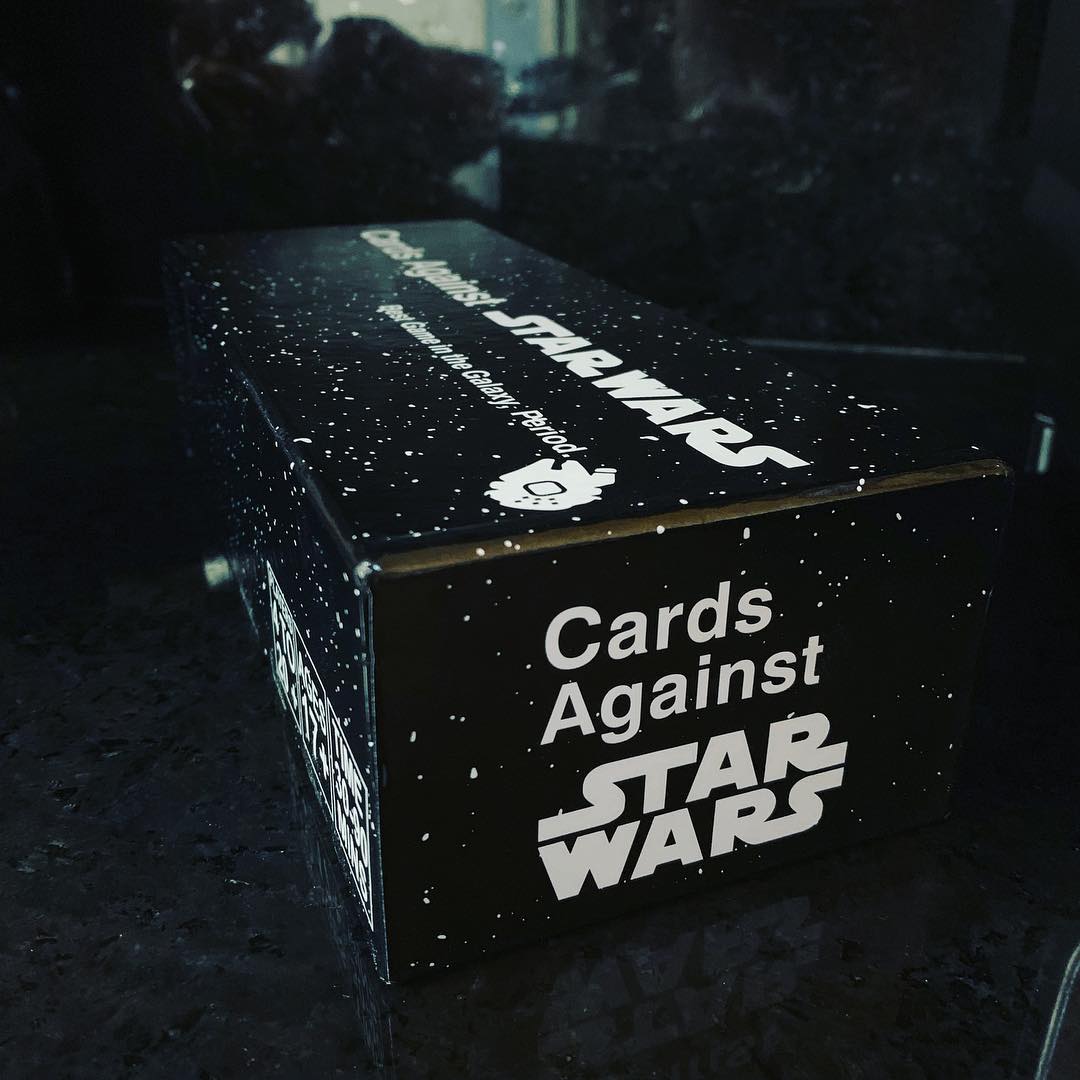 For instance, the question card might say, “After blowing up the Death Star the Rebels celebrated with___” and you might answer with, “Getting an erection in a Storm Trooper suit”. Yeah, that is about how intellectual this party game is. Anyone thinking just because this game is for adults does not mean it is very sensible.

Cards Against Star Wars has its focus set firmly on the lowest bar of good taste and decency. You have been warned!

But for the rest of us, who enjoy a deeply inappropriate laugh and can see the funny side in some horrendous situations, this is definitely for you! 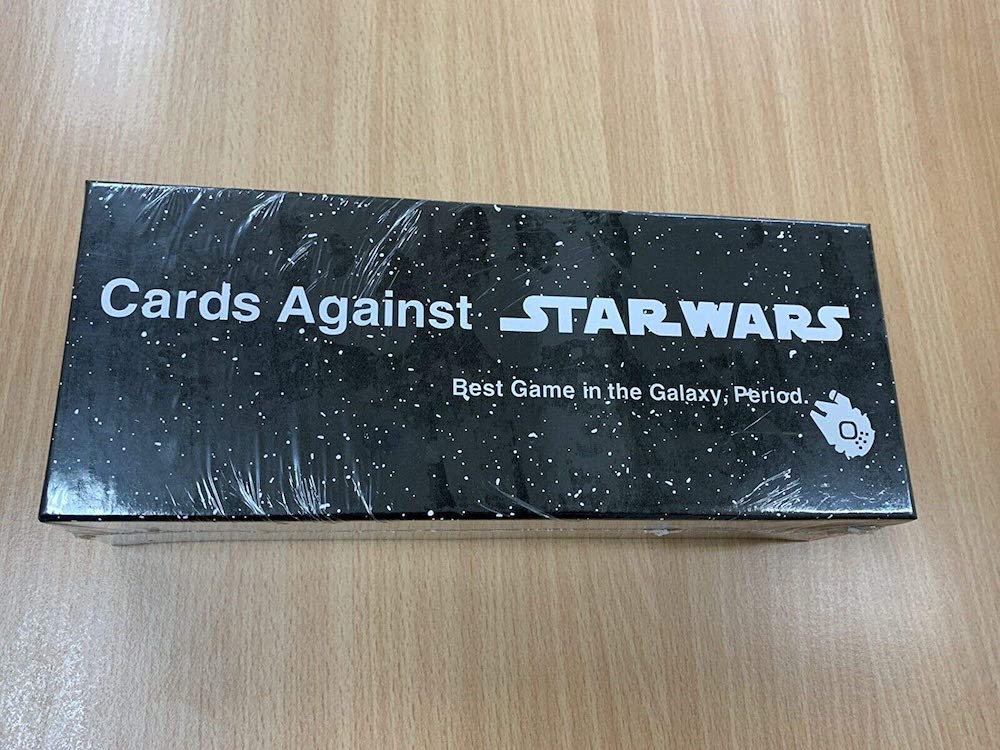 Cards Against Star Wars needs a minimum of four players though it can cater for over 20 (if you have enough beer and pizza to go round?). Each game takes between 30 – 90 minutes to complete and that depends on how long the laughter carries on for?

Do not get this party game mixed up with the digital version. This Cards Against Star Wars comes in a real box containing all the cards printed. 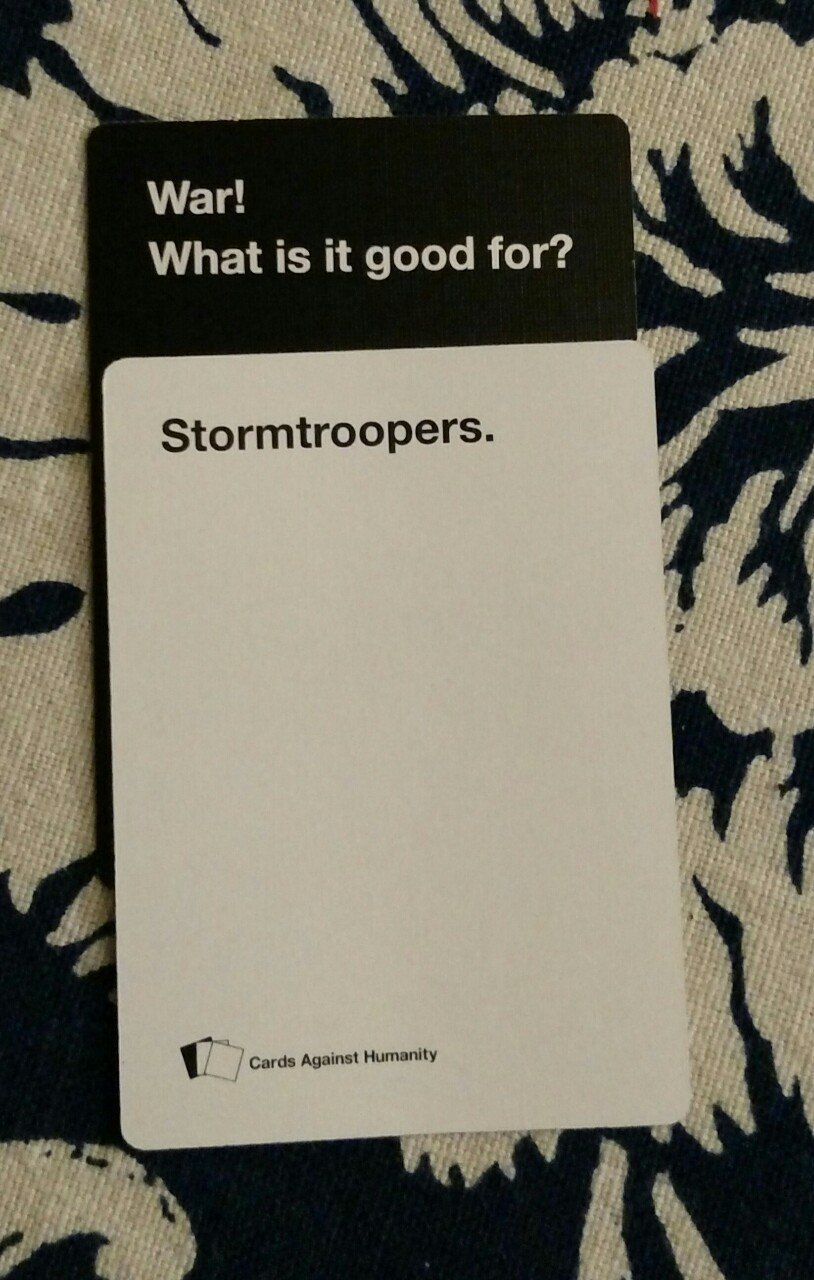 What better way to spice up your game nights than introducing Jedi Knights to the occasion. It is the perfect addition to your party that will add a real blast for you and your friends. A combination of beer, pizza and this great Star Wars Cards Against Humanity adult board game will liven up any night and keep it going for hours on end (or until your sides can not take anymore laughing).

So what are you waiting for? It is time to turn to the Dark Side and start having some laughs!