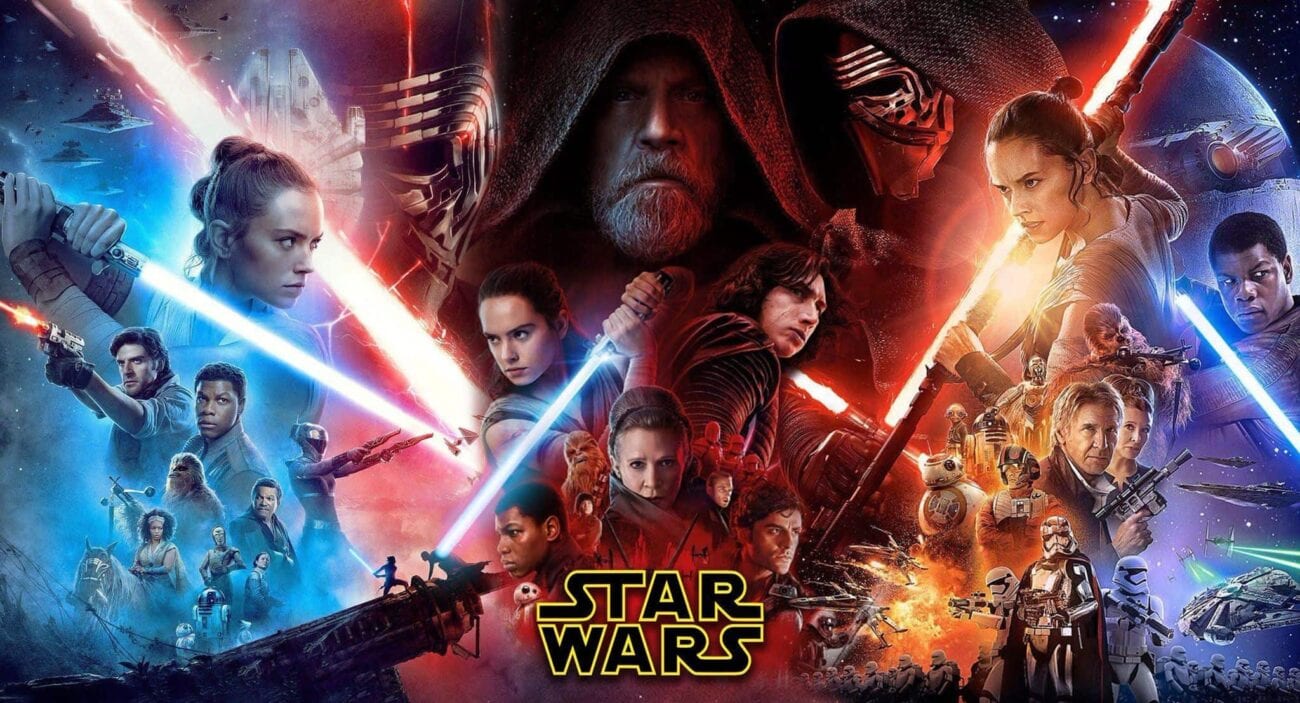 From the movies to the TV shows: What’s the best watch order of ‘Star Wars’?

So you’re looking to catch up on everything Star Wars. Well, once upon a time, in a decade far, far away, doing so would have been easy enough. Back in the 80s and early 90s, you could watch the entirety of the Star Wars franchise in an afternoon. Now, that’s not the case.

There are nine “main” Star Wars movies, comprising three different film trilogies. There are also two spinoff movies, and a wide variety of Star Wars TV shows (there are also the Ewok movies, but we’re going to forcefully pretend those don’t exist). With all that content, where’s a person to start? 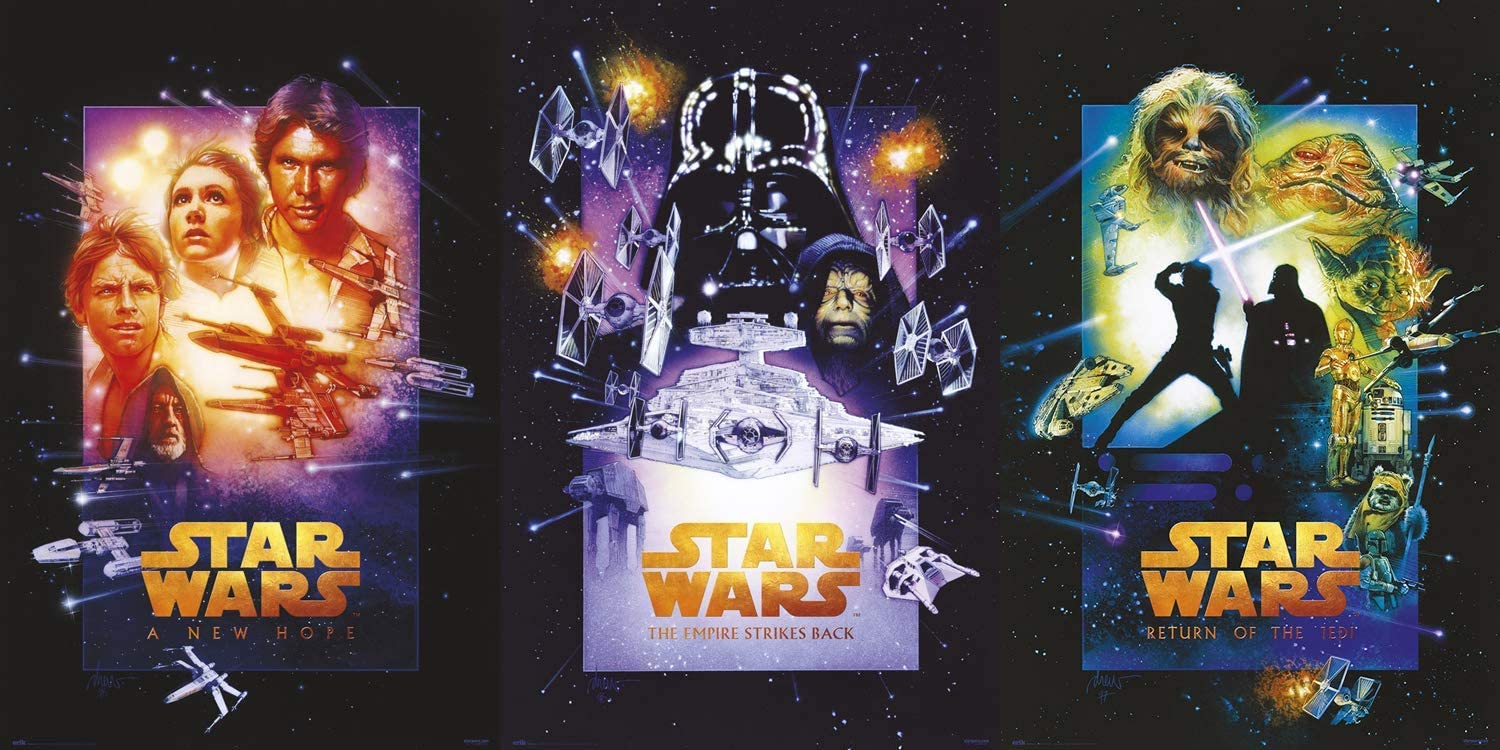 The most popular way to watch the Star Wars franchise today is to work through the movies in the order they were released. The original trilogy contains A New Hope, The Empire Strikes Back, and The Return of the Jedi. Those are the films that started it all, and they’re still the golden children of the franchise.

Almost fifteen years after George Lucas unveiled his vision of a galaxy far, far away, he followed up his Star Wars films with a prequel trilogy. The prequels give the backstory of Darth Vader and the evil Galactic Empire who dominate the galaxy in the original films. The prequels aren’t as well-loved by fans, but they still have their place in the Star Wars canon.

After watching The Phantom Menace, Attack of the Clones, and Revenge of the Sith, it’s time to flash forward in time. Disney bought the entire Star Wars franchise in 2012, and they began a trilogy of their own in 2015. The Disney films take place after the original trilogy and were met with mixed reception from fans. The sequel trilogy begins with The Force Awakens, and continues through The Last Jedi & The Rise of Skywalker.

Watching the films in release order lets you experience the Star Wars story as it unfolded in real time. It also leaves the spin-off films in a weird position. Both Rogue One & Solo take place between the events of the prequels and the original trilogy. The films came out during the Disney years, in 2016 & 2018, respectively. Of course, you can fit them into your Star Wars watch order however you want. 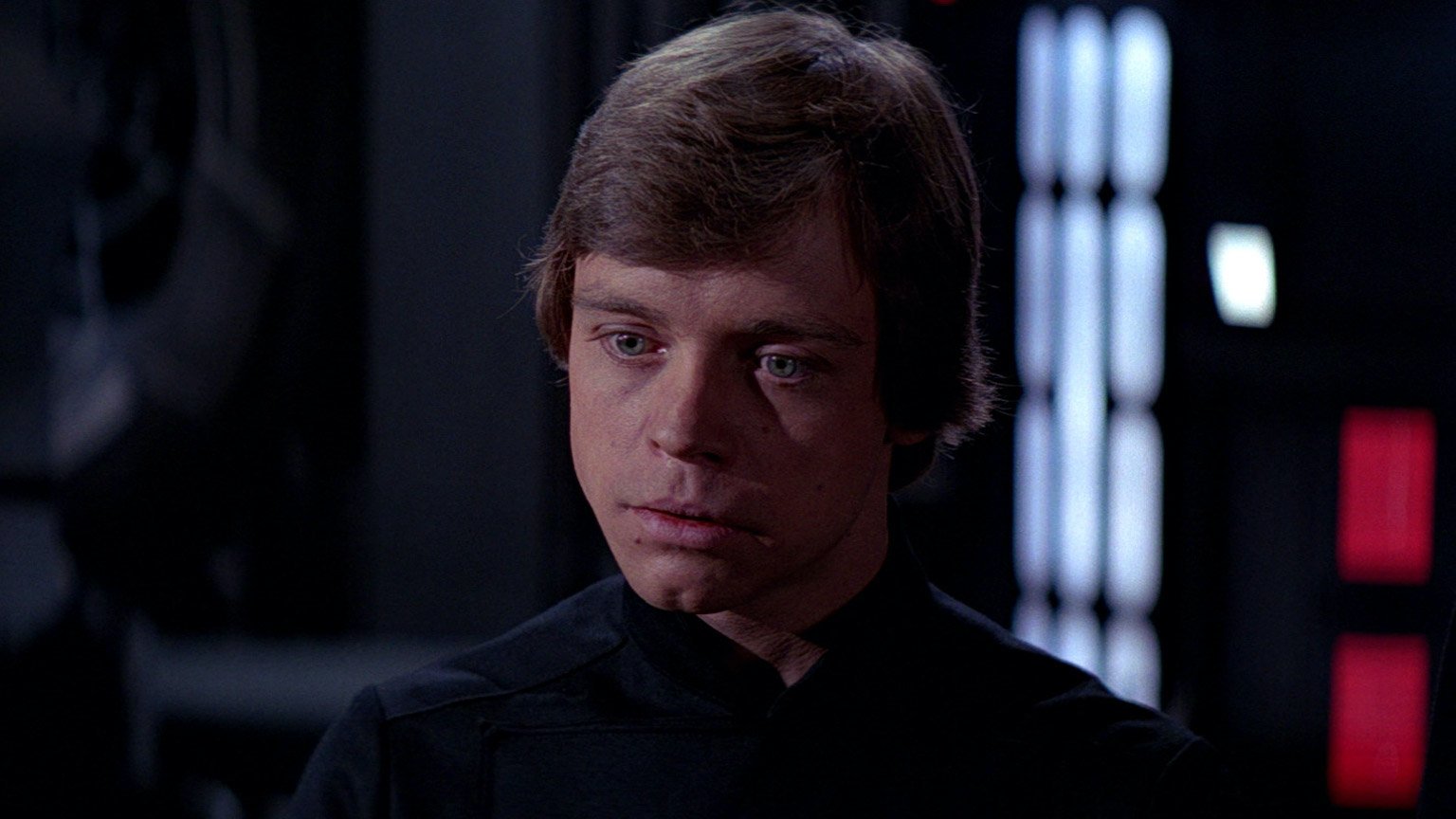 Many fans are big proponents of a chronological Star Wars watch order. Watching the films according to their in-universe chronology does simplify things, and it fixes the problem otherwise presented by the spinoff films.

Moving through Star Wars chronologically means you’ll start with the prequel trilogy. After those, you’ll move into the spinoff films. You’ll get the backstory of Han Solo in Solo, and then Rogue One will bridge the gap between the prequels and the original trilogy. 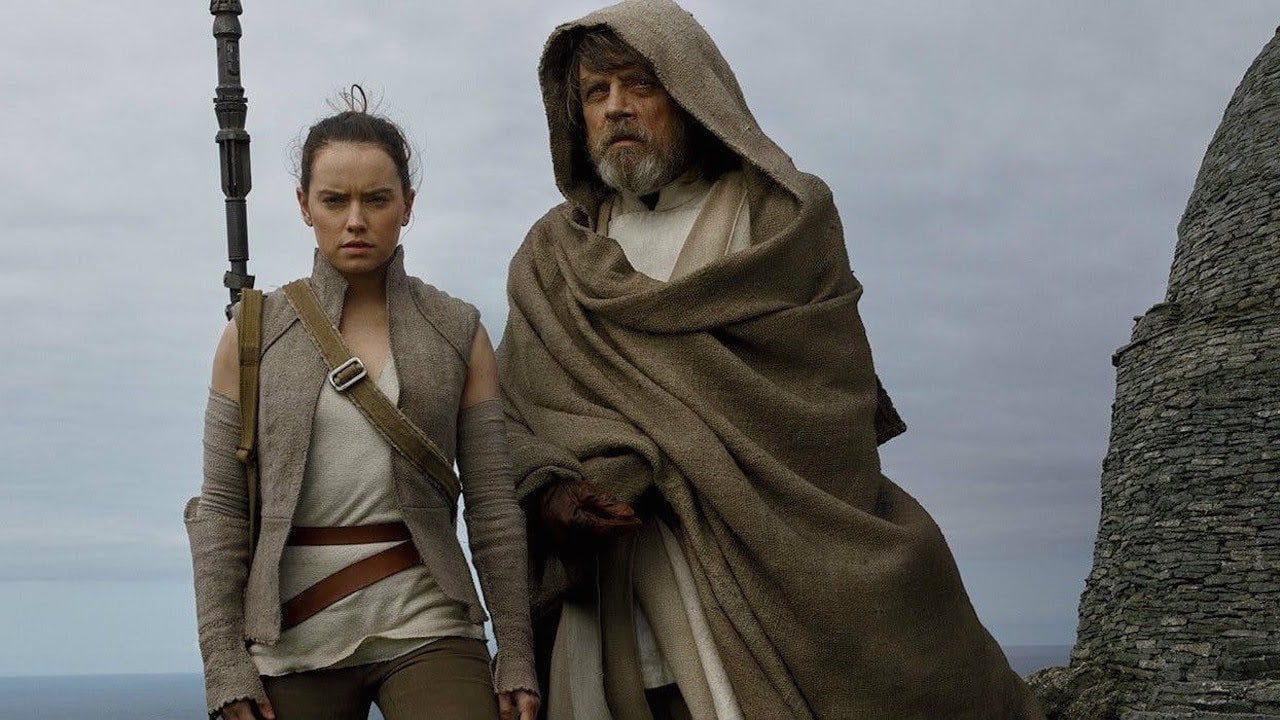 Once you’re through all that material, it’s a pretty straight shot through the rest of the Star Wars episodes. You’ll watch the original trilogy, and you’ll wrap everything up with the Disney sequels.

The benefits are clear, but what are the downsides of watching the series in chronological order? Well, simply put, the prequels are the worst Star Wars films by far. They have few redeeming qualities for the uninitiated, so they don’t make great starting points for a new Star Wars fan. However, if you’re just revisiting the galaxy after a long absence, chronological order may be the way to go. 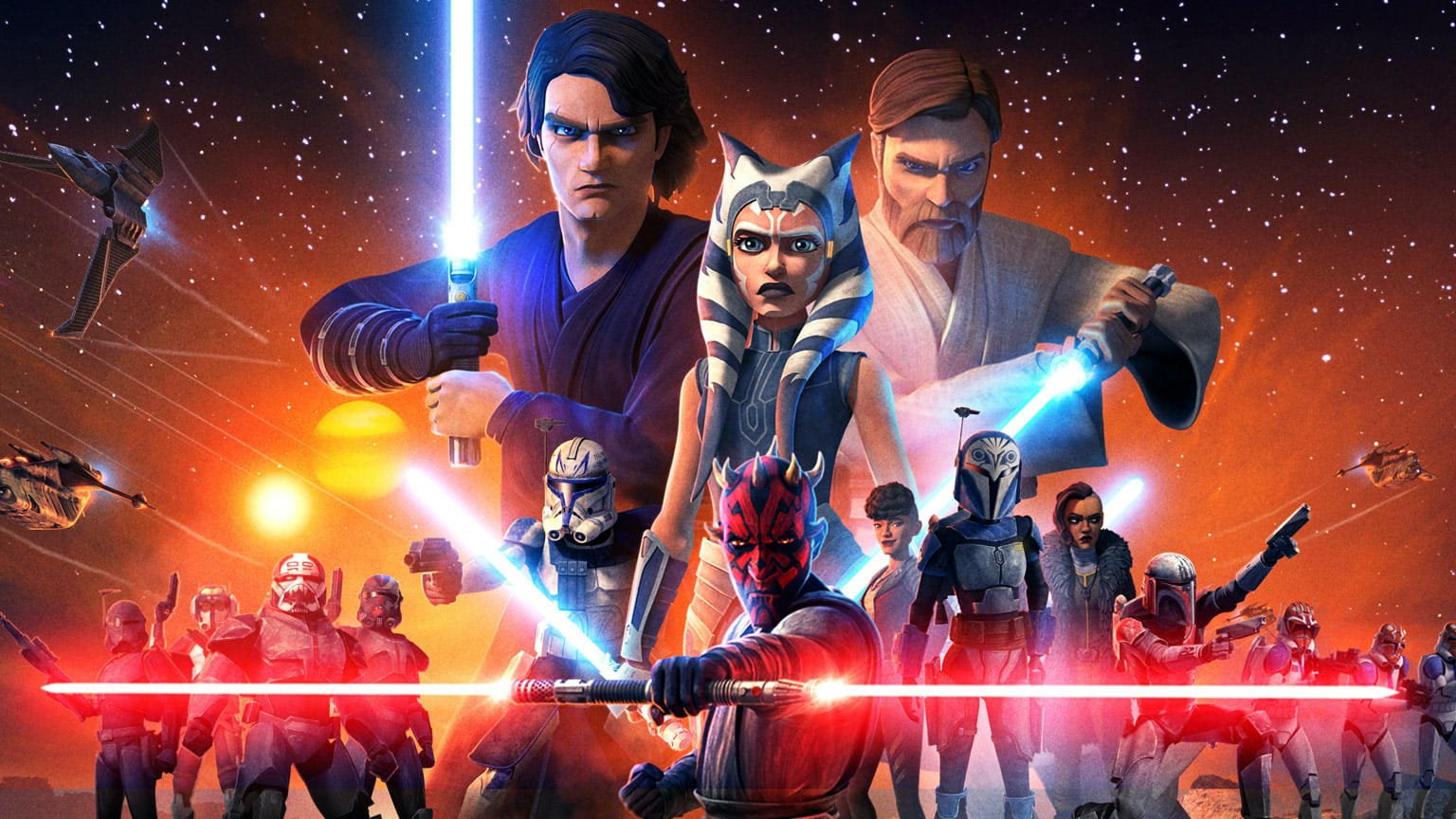 What about the shows?

Take a deep breath because the watch order of the Star Wars shows can get complicated. Here we’re talking about The Clone Wars, Rebels, The Mandalorian, and Disney’s recently released The Bad Batch. 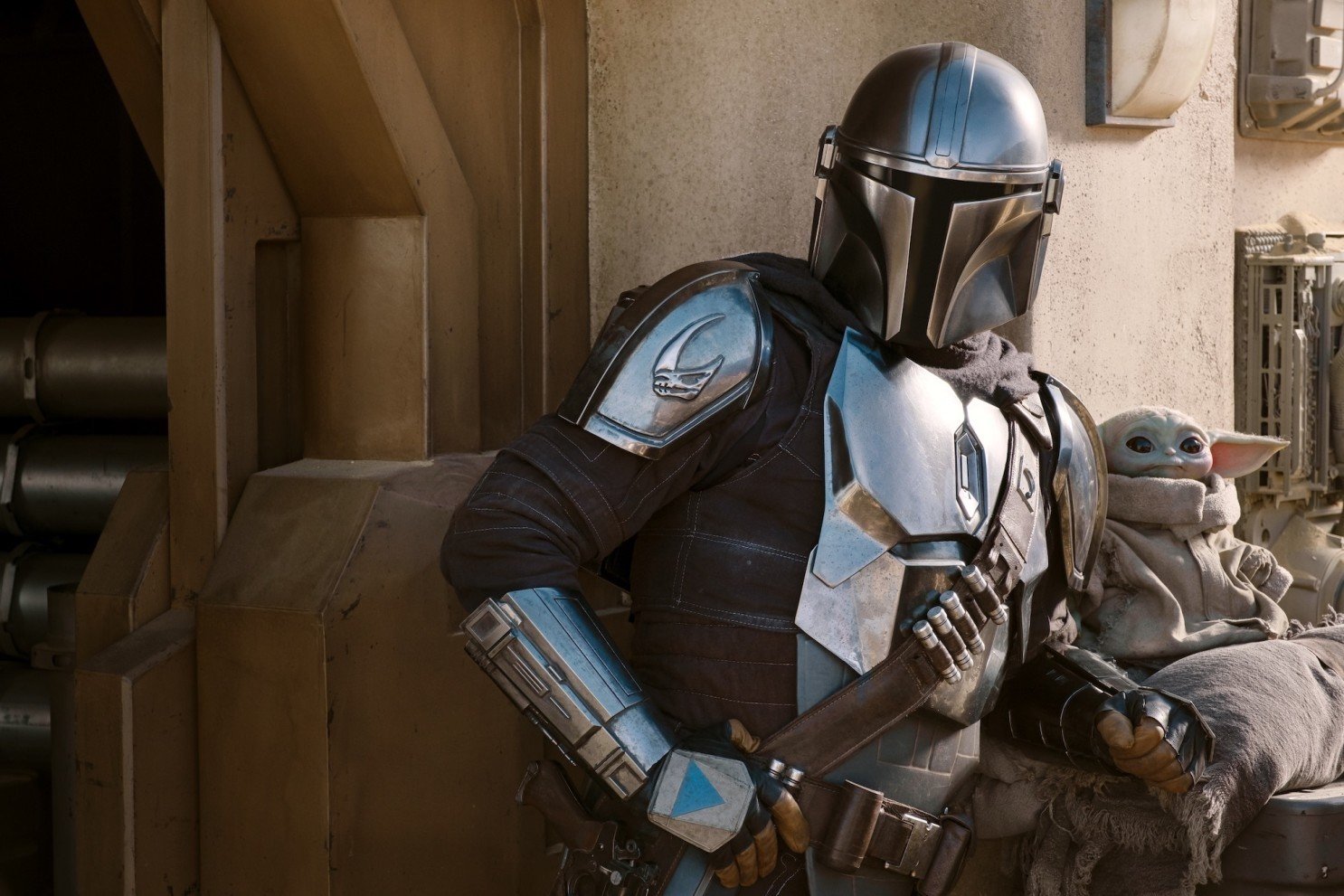 The Mandalorian is a live-action Star Wars show on Disney Plus, and it’s one of the best pieces of Star Wars media ever released. It takes place after the events of the original trilogy.

Altogether, the above chronology is the best watch order of the Star Wars shows, and it’s easier to watch them as a unit after you’ve finished the films. None of them are required viewing, but they can deepen your knowledge of Star Wars lore and give you more time to spend in the universe.

Talk about a complicated timeline! Are you ready to dive headfirst into the Star Wars franchise? Do you have a favorite watch order that’s different from what we described? Let us know in the comments!