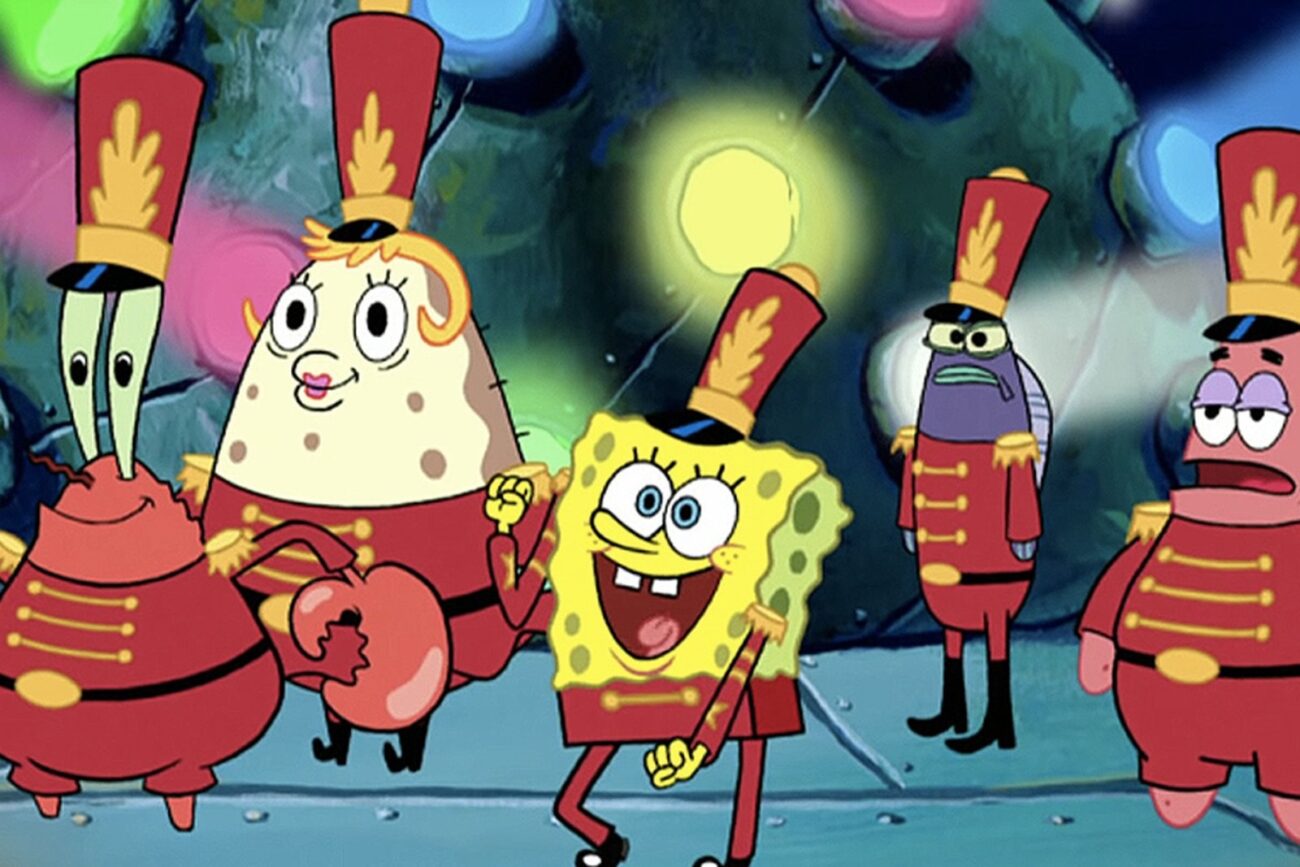 Every year, someone performs at the Super Bowl, and for a while, it’s the talk of the town. But, we can likely all agree that the most iconic half-time show of all time was when none other than SpongeBob Square Pants performed “Sweet Victory” at the fictional Bubble Bowl in 2001.

After that, artists like Maroon 5 & Travis Scott took to honoring the iconic moment in their half-time SuperBowl performances. This Super Bowl, our favorite sponge made yet another appearance, when he appeared in a catchy ad for Paramount, in which he revisited the iconic old tune. So what is Twitter saying about the moment?

Did I just scream at a spongebob Sweet Victory reference? You bet your sandy buns I did.

This tweet perfectly encapsulates the way we all felt when we saw SpongeBob making an appearance at the Super Bowl. Was it more exciting than the game itself? We prefer not to answer . . .

disney: we cant ruin the brand integrity of star wars. serious uses ONLY
paramount: what if spock danced behind a spongebob gif 😌

This Twitter user commented on how hilarious it was to see SpongeBob and Star Trek’s Spock in the same place together. New cinematic universe crossover? Now, that’s not a terrible idea . . .

Another person posted about how SpongeBob is now more successful than most other artists who have performed at the Super Bowl. The Devil works hard, but Mr. Squarepants works harder!

When Sweet Victory from Spongebob played during that Paramount+ commercial #SuperBowl pic.twitter.com/aNLnxySVss

This Tweet perfectly sums up how we felt when we heard those sweet notes playing during the Paramount commercial. We’ll let the GIF speak for itself!

Watching Spongebob show up in that Paramount Plus ad pic.twitter.com/wGG13jXpIy

Someone repurposed the famous Leo pointing meme to describe all of us when we saw SpongeBob appear on that screen, and it’s one of our favorite uses of the image to date!

I’m tearing up on the Spongebob commercial omg pic.twitter.com/37Ph9NIoJq

Some people got emotional when they saw their favorite cartoon character appear on that screen, and, hey, we can’t blame them. One Twitter user used an image of SpongeBob “sobbing deeply” to describe their feelings, and it’s making us feel all the feels.

Spongebob vs. The Weeknd

Spongebob and Patrick trying to make it out of the Perfume department pic.twitter.com/ZkBAEAYrFA

One Twitter user referenced a SpongeBob episode in which SpongeBob & Patrick frantically attempt to make their way out of a perfume store and compared it to The Weeknd’s entrance onto the stage.

If there was ever a time to display some patriotism, it’s during this iconic moment.

Spongebob really rock that stadium that time at the super bowl.

This Twitter user pointed out SpongeBob’s sheer & undeniable star-power. Has anyone else ever rocked the stadium as well as that little sponge? Our sources say a definitive “no”.

This Twitter user made a really salient point. Should we all just skip the Super Bowl altogether next year and watch the “Band Geeks” episode of SpongeBob instead?

Whether or not you’re a fan of SpongeBob Square Pants, you have to admit that his performance of “Sweet Victory” is up there with the best halftime performances of all time. And whenever he’s mentioned during a sports game, it is bound to make it twice as enjoyable an experience.