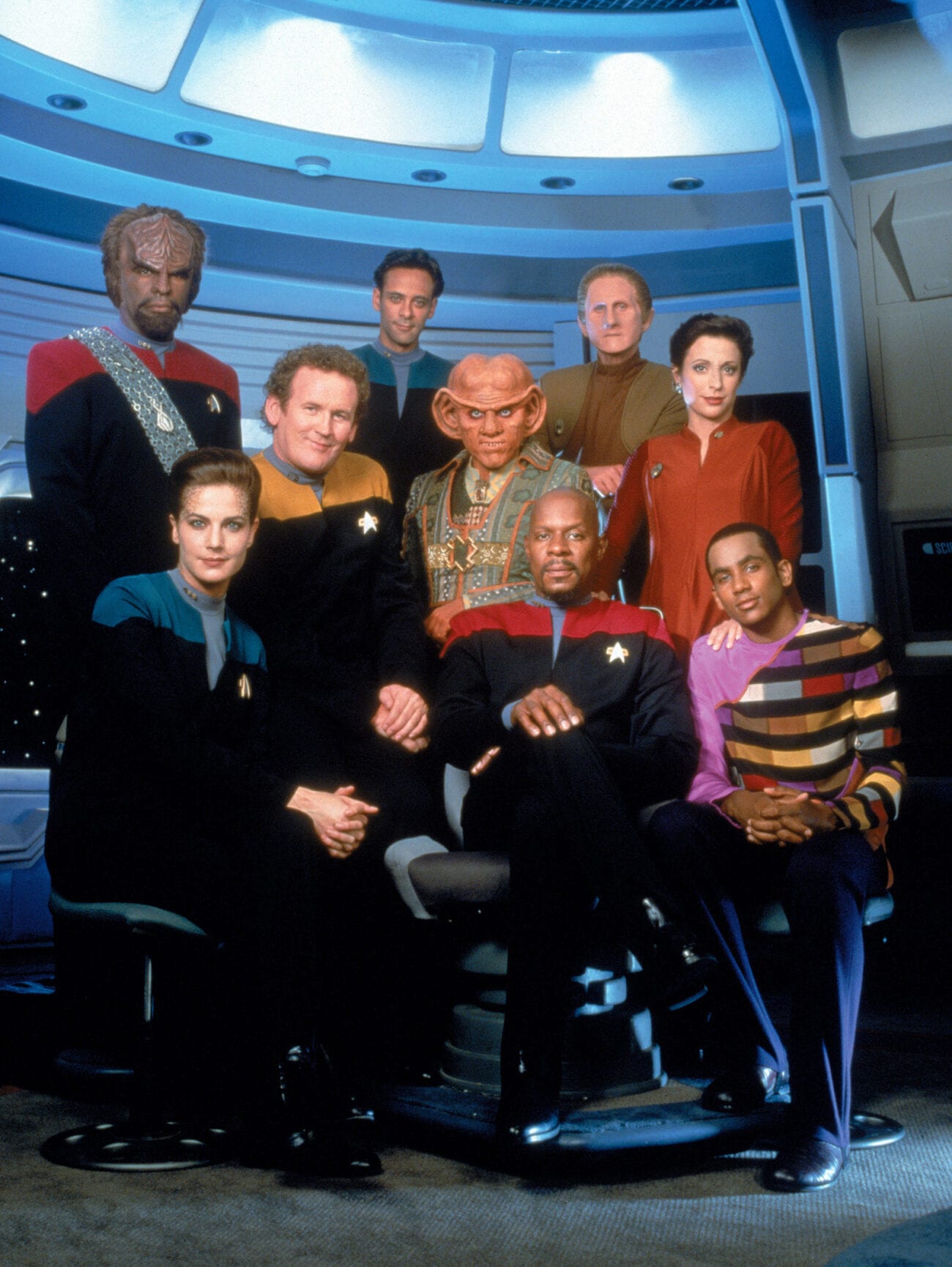 Every now & again a fantastic series falls into the shadows, largely forgotten amid other shinier, more popular series. Star Trek: Deep Space Nine is one of those hidden gems, just waiting for a fresh coat of polish. 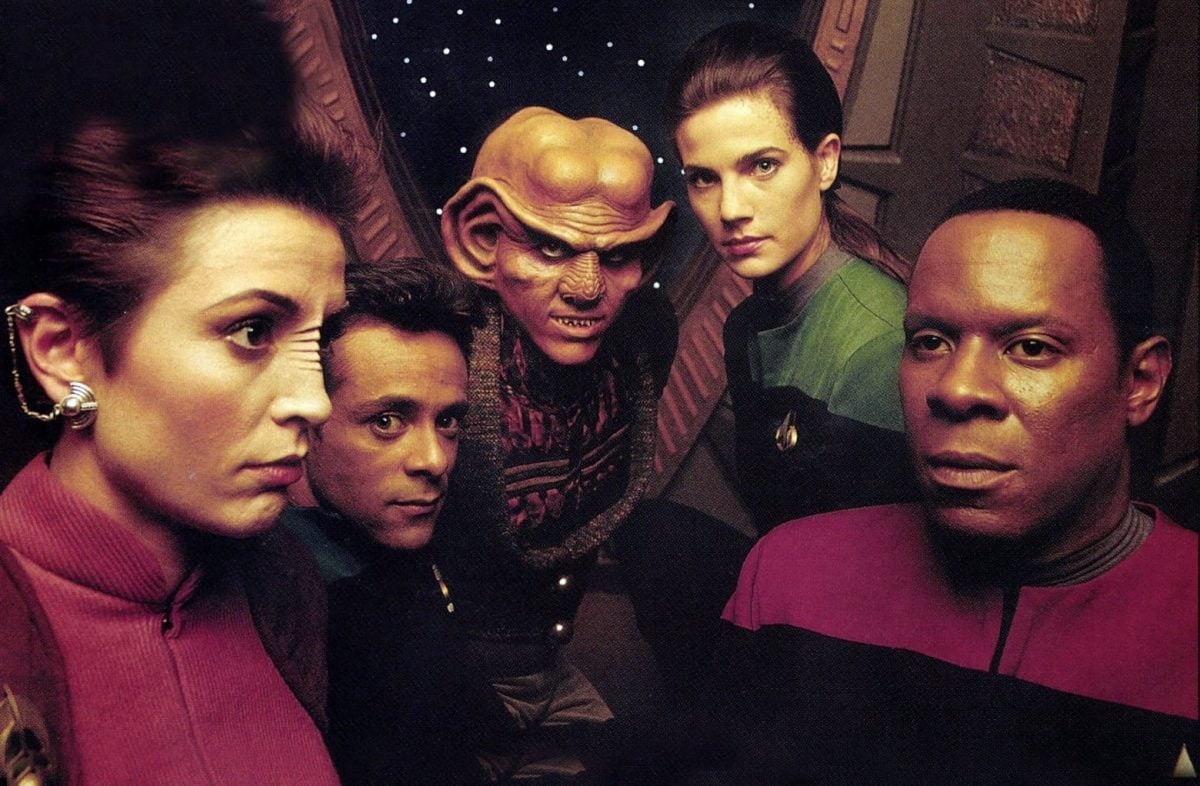 Star Trek: Deep Space Nine gives no more of that “where no man has gone before” BS, because the characters are refreshingly diverse and culturally profound. Not only is the cast diverse in race, but DS9’s leading team features many different alien races including Bajoran, Klingon, Trill, Ferengi, Cardassian (Garak), and Shapeshifter.

Moreover, these characters varying in race also vary in background, each bringing new depth to the team. Kira, for example, was a resistance fighter during the Cardassian occupation who gives a rougher edge while Quark provides comic relief as a mischievous bartender.

Not to mention, Star Trek: Deep Space Nine gives Worf, the well-known Klingon from Star Trek: Next Generation’s Starfleet, the (literal) space & time needed to delve into his dualistic identity as a Klingon & Starfleet member. The major shift in focus to a character who’s not human is an essential direction for Star Trek to go. 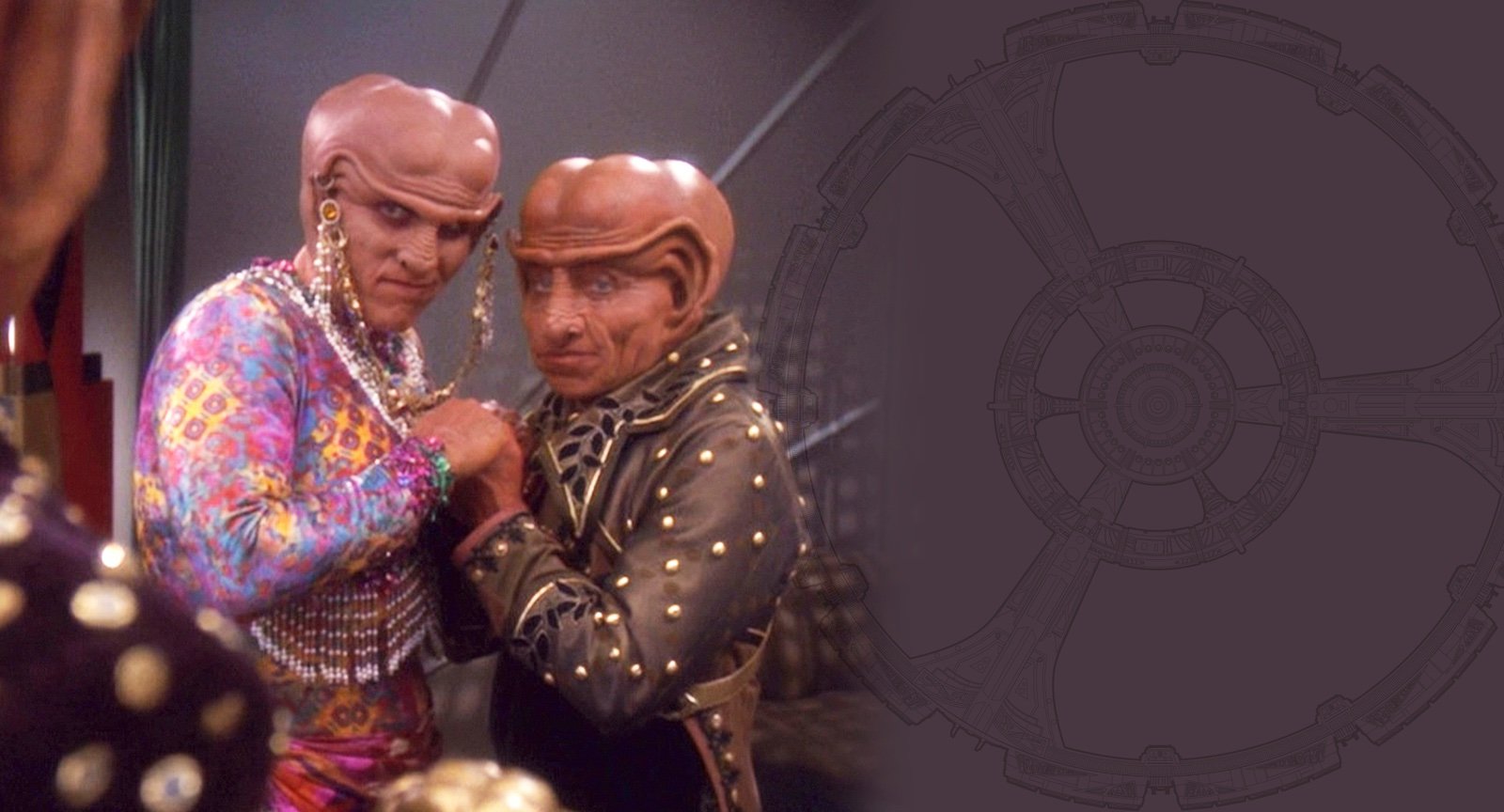 Have you ever felt like Star Trek was difficult to binge? You’re not alone. Prior to Star Trek: Deep Space Nine, each episode of a Star Trek show was largely episodic, meaning one adventure, encounter, or phenomenon was introduced & resolved in the span of a one hour segment.

In Star Trek: Deep Space Nine, however, the plot is allowed some breathing room, giving the storyline a more consistent build-up with a much more weighty culmination at the end of the season. This new format helps draw you into the series and push you forward to reach a satisfying end.

This dramatic style is much more modern, turning Star Trek: Deep Space Nine into an immersive epic with rewarding character development and cohesive plotlines. Thus, DS9 is easy to bingewatch & enjoy with another nerdy friend interested in the sci-fi saga. 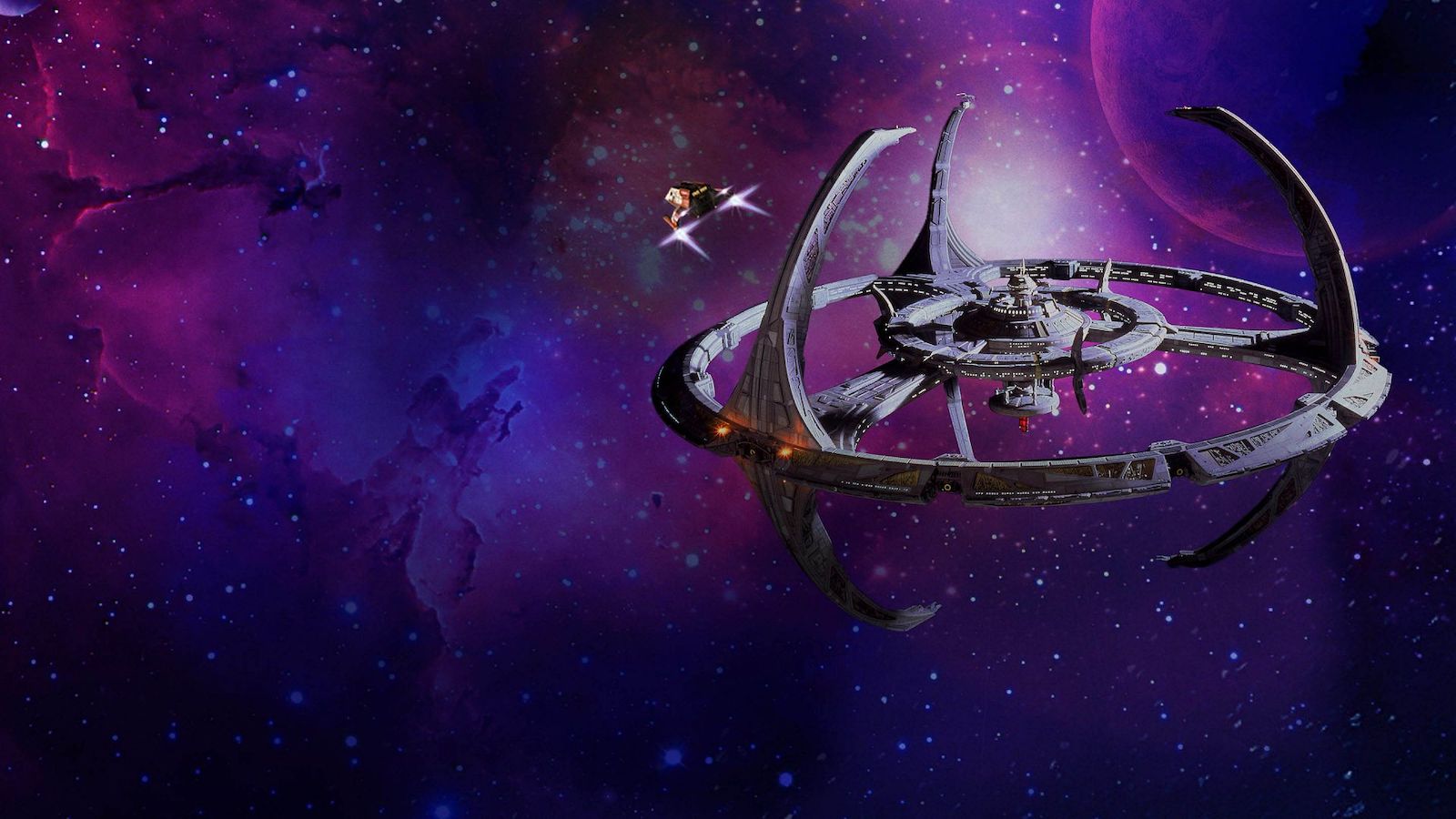 The stretched-out pacing & format of Star Trek: Deep Space Nine is especially necessary because the series tackles such intricate subjects which take more time to develop & uncover. While politics & religion may be faux pas topics around the dinner table in real life (especially in this political climate), exploring them in sci-fi is actually super enriching.

Star Trek: Deep Space Nine isn’t afraid to unearth some of the darker goings-ons in the Star Trek universe. DS9 gives a deeper look into the Cardassian occupation, a fifty-year holocaust with horrifying enslavement & murder of Bajorans. Beyond this atrocity, DS9 seasons 3 through 7 dove into the Dominion War, resulting in much death & horror. 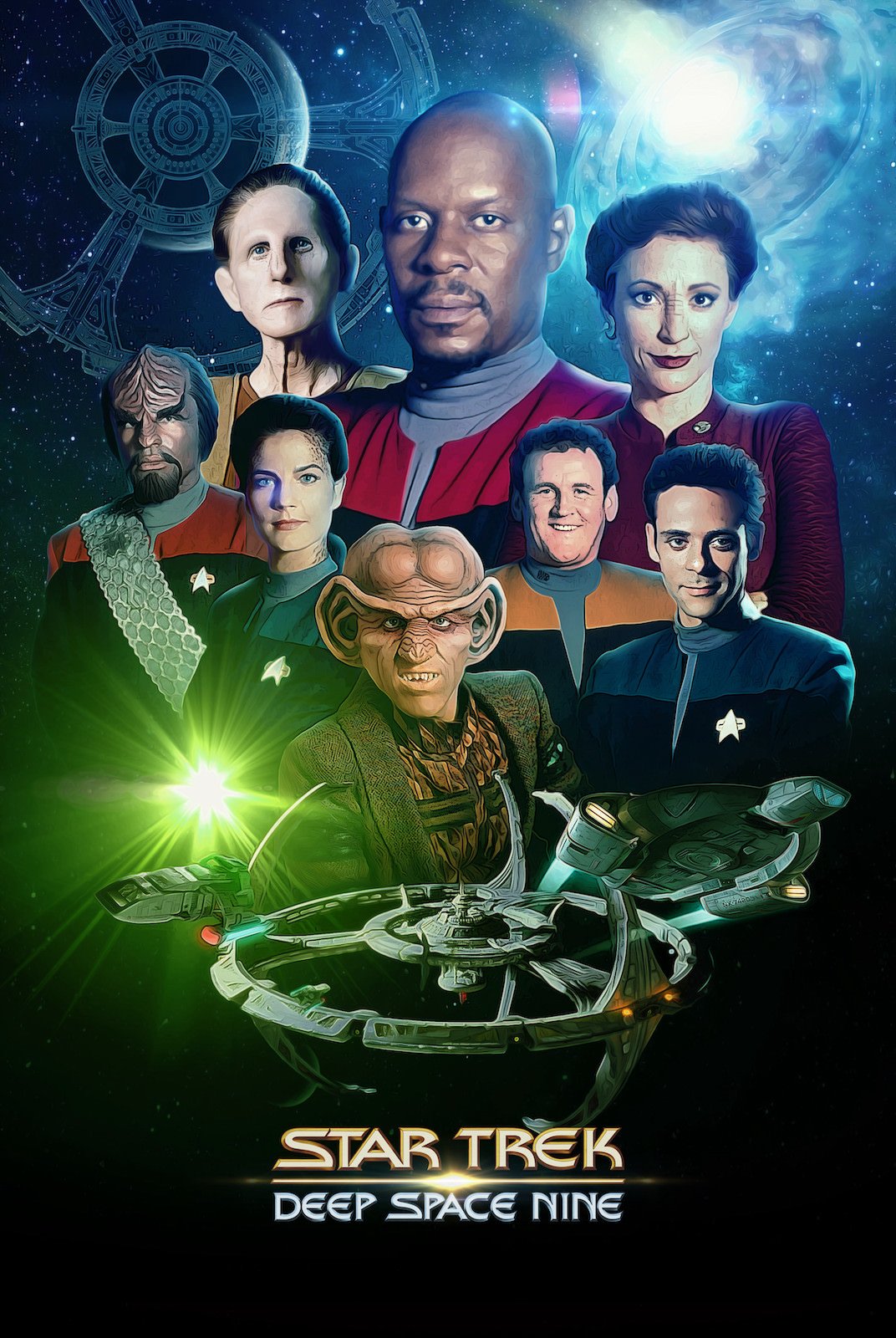 But Star Trek: Deep Space Nine isn’t solely about doom & gloom – it’s about finding gray areas and moments of stark contention in the Star Trek universe. Religion, for example, is a tricky subject handled with exquisite tact in DS9. With science largely overshadowing faith, handling contrasting moralities & spiritualities is a huge deal – especially for Starfleet commander Sisko as a demigod.

We will warn you – Star Trek: Deep Space Nine is certainly a Star Trek series with more adult themes, so if you’re looking for something light-hearted it might not be the perfect choice. That being said, the weighty sci-fi has brilliant moments of levity & balance.

Why do you love Star Trek: Deep Space Nine? Fill us in with your comments below.