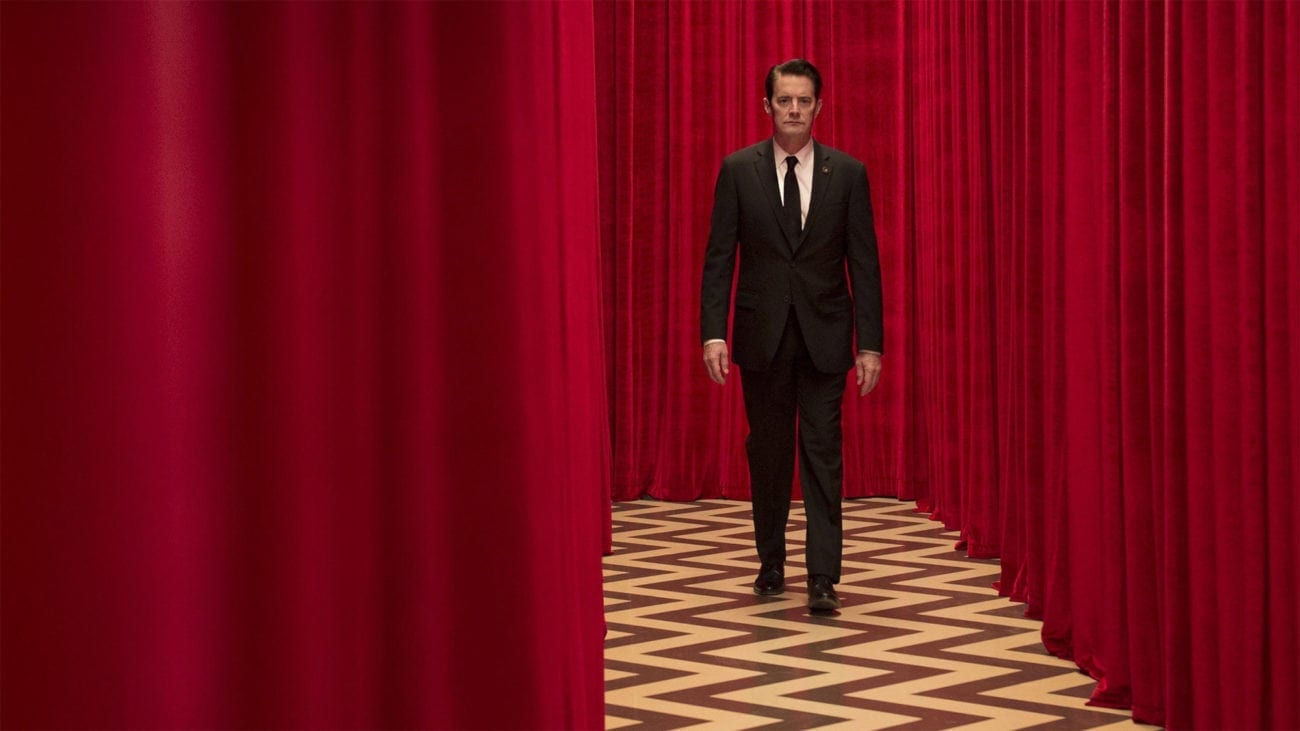 For your consideration: Shows that do (and don’t) deserve love at the Emmys

We definitely bingewatched this Netflix Originals show in one sitting, but it’s a bit too try hard and we’ve seen the whole “nice suburban white dude goes a bit bad” too many times. The Emmys will probably throw nominations to Jason Bateman (Arrested Development) and Laura Linney (Kinsey) for their lead performances, which we wouldn’t be mad at, but does it deserve something for Outstanding Drama Series? Probably not.

David Lynch’s return to Twin Peaks should take home something (or perhaps everything?). We think it deserves shoutouts for Outstanding Limited Series, Lead Actor, Supporting Actress, Supporting Actor, Directing, and Writing – hell, anything so long as Lynch receives some damn recognition for his direction and his performance as Gordon Cole.

The Netflix Originals show (pretty much most accurately thought of as the other show based on a Margaret Atwood novel) could take home something, but maybe as with some other shows, the fact that some time has passed since its original airing back in November could mean that Sarah Gadon (Enemy) might miss out. Time will tell.

Considering that S4 of the show basically ripped our hearts fresh out of our chests, we reckon the Netflix Originals show will likely land a nomination for Outstanding Animated Program with Will Arnett (Arrested Development) potentially up for a nomination for his performance as the depressed fledgling TV star.

We know everyone seriously loves this cheeky mockumentary and honestly, it boasts some moments of pure brilliance in spoofing the true crime documentary trend. But we’re also not altogether convinced the satire – which won a Peabody Award, so clearly we know nothing – is deserving of much more beyond a nomination for Outstanding Limited Series. Even then we’re of the notion that’s a waste of time because Twin Peaks: The Return should be owning the shit out of that category.

The hit show based on the real life 80s Gorgeous Ladies of Wrestling federation could be up for a whole summerslam of awards including Outstanding Comedy, Actress, Actor, Supporting Actress, Casting, and Costumes for a Period / Fantasy Series – a shout for Marc Maron (Maron) wouldn’t be totally unexpected either.

Halt and Catch Fire delivered a great final season that was woefully under-watched by a lot of people. But the AMC show could still be in with a shout for Best Actress (Kerry Bishe) and Best Actor (Mackenzie Davis) and while a Best Drama Series nod might be a little too far, the show would definitely deserve it were that to happen.

The Amazon Prime show from Amy Sherman-Palladino won big at the Golden Globe Awards and we reckon it’s likely going to do the same at the Emmys this year. Rachel Brosnahan (House of Cards) and Alex Borstein (Family Guy) are both more than deserving of nominations for their performances as Miriam Maisel and Susie Myerson, but we wouldn’t be surprised if the show also swept the board for its production design and costuming, with Palladino potentially in the running to receive a nomination in Outstanding Directing for a Comedy Series.

Almost definitely worthy of a nod for art direction and cinematography but holy shit, let’s throw our boy David Fincher (Zodiac) a bone for his breathtaking direction of several of the season’s best and most chilling episodes.

Alia Shawkat (The Final Girls) is a national treasure and deserves that gold trophy for her performance, goddammit. You know it as well as we do. But we’re also desperate to see the vastly underrated John Early (The Disaster Artist) rightly celebrated for his scene stealing theatrics, extra delivery, and jagged sense of sass with an Outstanding Supporting Actor nod.

We just really want to see the very lovely Bill Pullman (Lost Highway) and his very lovely beard receive a very lovely nomination in the category of Outstanding Supporting Actor. Jessica Biel (Total Recall) can also enjoy a shoutout for her performance in the Outstanding Lead Actress stakes because – hot damn – she really pulled some big skills out for this one.

David Simon’s show about the underbelly of 70s New York saw James Franco (127 Hours) playing two parts, but if he wins they’ll surely only give him one statuette. (Though the chances of Franco winning anything for the show at the minute are maybe a bit slim.) The show could also be up for Outstanding Drama Series, Outstanding Director (Michelle MacLaren), and Outstanding Actress for Maggie Gyllenhaal (Donnie Darko) who gave a solid performance as a streetwalker who aspires to much bigger things.

Considering how much fans fought to keep this Netflix Originals comedy on the air and the amount of love the rest of the industry seems to have for the show, we’re hoping this Latinx gem receives a nomination in the category of Outstanding Writing for a Comedy Series at the very least. However, it’s also worthy of receiving a main nomination in Outstanding Comedy Series with Rita Moreno (Oz), Justina Machado (Torque), and Isabella Gomez (Modern Family) more than deserving of nominations for their sharp, insightful, and hilarious performances.