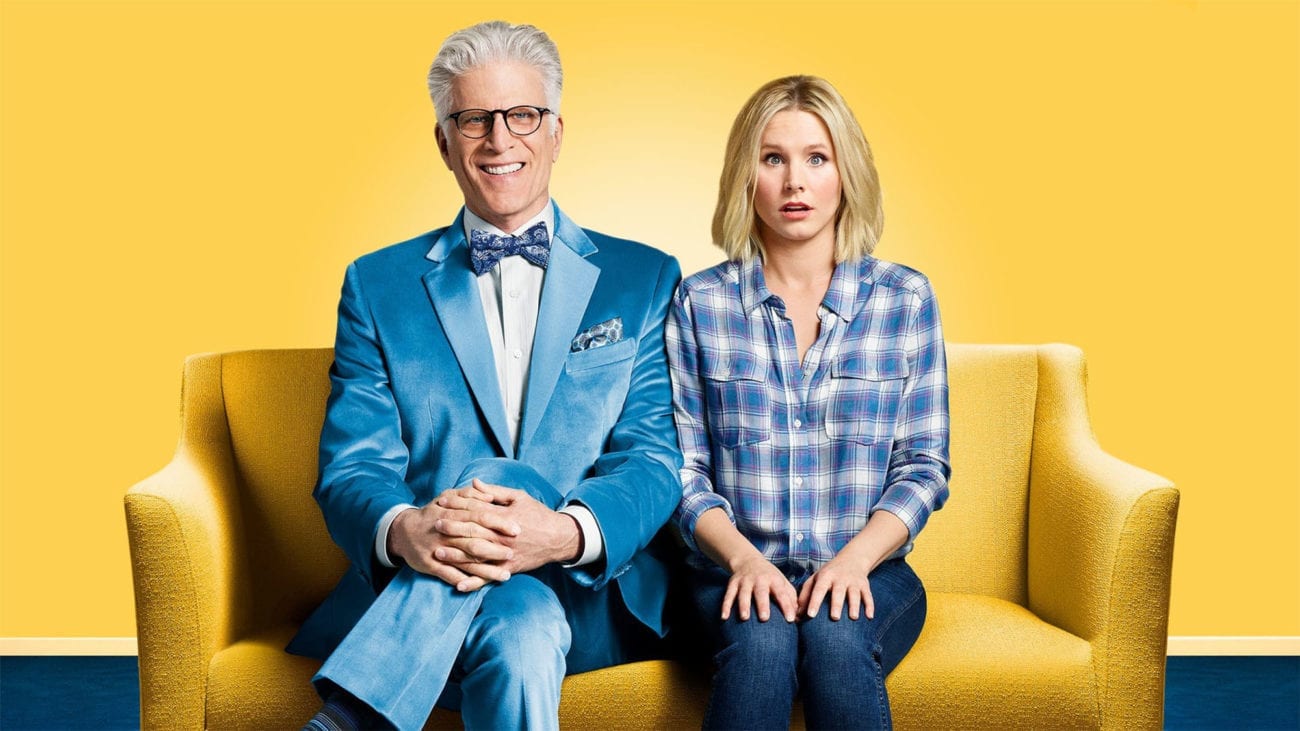 The 2018 Emmy nominations have been unveiled and as usual, the squares over at the TV Academy have failed to nominate some major shows. We don’t want to be precious about it because award ceremonies are lame as hell, but we just can’t help ourselves! Here are all the shows that missed out on Emmys this year that definitely deserved some love.

Packed with pathos, humility, and hilarity, the fourth season of BoJack Horseman offers one of the most heartbreaking narratives of modern TV. It also fully utilized its animated form to explore some spectacularly heavy issues in innovative ways – and yet the show isn’t nominated for Outstanding Animated Series alongside others like Bob’s Burgers, Rick and Morty, The Simpsons, and South Park. Somehow the Disney series Baymax Returns is nominated though, even if we’ve never heard of it and know absolutely nobody who watches it, nevermind likes it.

Providing a directing nod to David Lynch and a writing nomination to Lynch and co-writer Mark Frost is the bare minimum the television academy could have possibly offered to what is in our opinion one of the most unique, masterful, and groundbreaking shows ever made. Kyle MacLachlan and Laura Dern both deserved nods for their spectacular performances in the show, which undoubtedly deserved a nomination for Outstanding Limited Series. There is no way Patrick Melrose, The Alienist, Genius: Picasso, Godless, or The Assassination of Gianni Versace: American Crime Story are better than Twin Peaks: The Return.

A collective squeal of delight could be heard when Ted Danson‘s name was read out for nomination for his comedy performance in the Michael Schur show. That’s probably because he’s a beloved star, but it’s also because the show deserves any and every recognition going and the audience knew it. Kristen Bell, D’Arcy Carden, and William Jackson Harper are all deserving of acting nods themselves, but the quirky, smart, and philosophical leanings of the show make us believe it warrants a writing nomination if not also a nod for Outstanding Comedy Series.

The gloriously gory Netflix Originals comedy hardly has a mainstream appeal, so we never expected it to be nominated for Outstanding Comedy Series. However, we still think the second season of the vastly underrated sitcom is one of the funniest of the entire year and part of that comes down to Timothy Olyphant’s sharp, physical performance as neurotic father, husband, and Yelp review obsessive Joel. Still, we’re sure the actor is used to being snubbed by now. Despite consistently turning in standout performances on TV throughout his career, Olyphant has only been nominated for an Emmy once in 2011 for his performance as Raylan Givens in Justified.

It’s an insult to only award a nomination to Lily Tomlin for the Netflix Originals comedy when co-star Jane Fonda is just as deserving of a nom in the same category. But we also would have liked acknowledgment for the superb ensemble cast overall, particularly a supporting actress nomination for June Diane Raphael, who is always phenomenally funny as Grace’s daughter Brianna.

Not a single nomination! Not one! Considering Jane the Virgin is one of the best comedies on TV, we’re flabbergasted that Gina Rodriguez hasn’t been nominated for her supreme comedic performance or that the show hasn’t been recognized for its sharp writing or for being the Outstanding Comedy Series that it clearly is.

It’s simply one of the most captivating, well written, smart, timely, and sharpest dramas on television right now, boasting some of the most jaw-dropping performances. It’s a crime that The Good Fight hasn’t received a single writing nomination, but it’s also utterly unfathomable that neither Christine Baranski nor Cush Jumbo have been recognized for their ferocious lead performances this season and that Carrie Preston hasn’t been acknowledged for her (always standout) guest appearance as eccentric lawyer Elsbeth Tascioni. At the very least, the show deserves an Outstanding Drama Series nomination.

Maybe Emmy voters just couldn’t decide whether the satirical dramedy should be categorized as a drama or as a comedy and just decided to sweep it away under the prestige TV rug so they didn’t have to deal with it. It’s baffling that Dear White People hasn’t been recognized as one of the best shows of the year – drama or comedy – when it quite clearly is.

The television academy makes a habit of snubbing Starz shows on a regular basis (including Outlander, which is also surprisingly absent from nominations this year), so we’re hardly shocked that Vida hasn’t been nominated. But holy shit does it deserve to be! The LA-based drama features an assortment of incredible performances from a strong cast including Ser Anzoategui and Mishel Prada and features some sparkling writing that delves into LGBTQI issues and themes on gentrification.