Confused about who’s who on ‘Selling Sunset’? Get to know the cast

The real estate reality show Selling Sunset continues to gain traction & popularity among Netflix subscribers – gaining notoriety for its juicy drama in the glamorous landscape of Los Angeles. Examining the lives of the employees of the luxury real estate agency the Oppenheim Group, Selling Sunset gives a glimpse into the life of a millionaire.

The Oppenheim Group is wildly successful, having brokered over $1 billion in closed sales since the group’s inception. With so many stars, it may be hard to keep track of the cast of Selling Sunset for new viewers. Here’s everything you need to know about the Selling Sunset realtors. 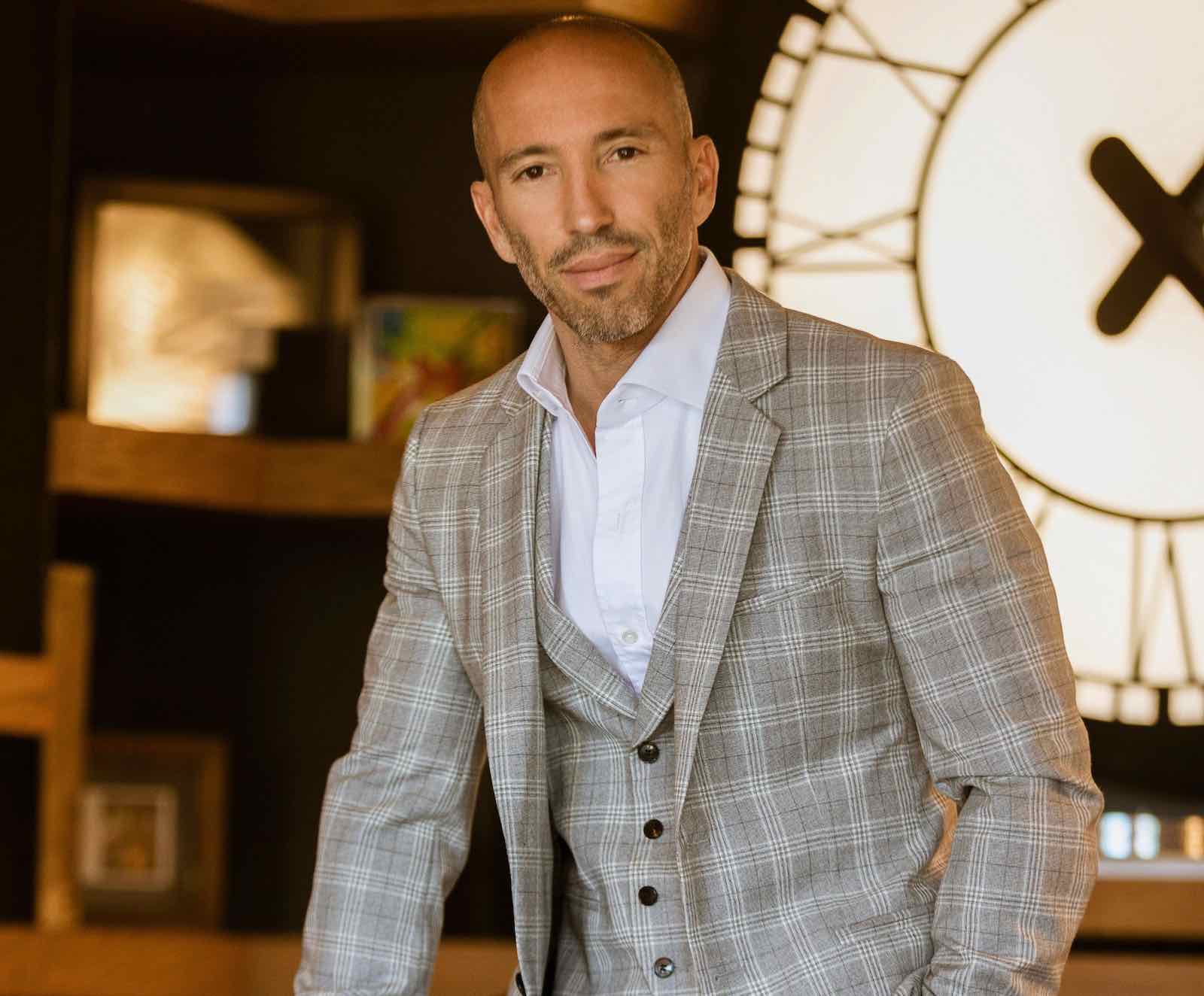 President & founder Jason Oppenheim is a renowned real estate agent, having been recognized by the Wall Street Journal, The Hollywood Reporter, and Variety. Before starting the Oppenheim Group, Oppenheim worked at Coldwell Banker for three years and was even a lawyer at one point. 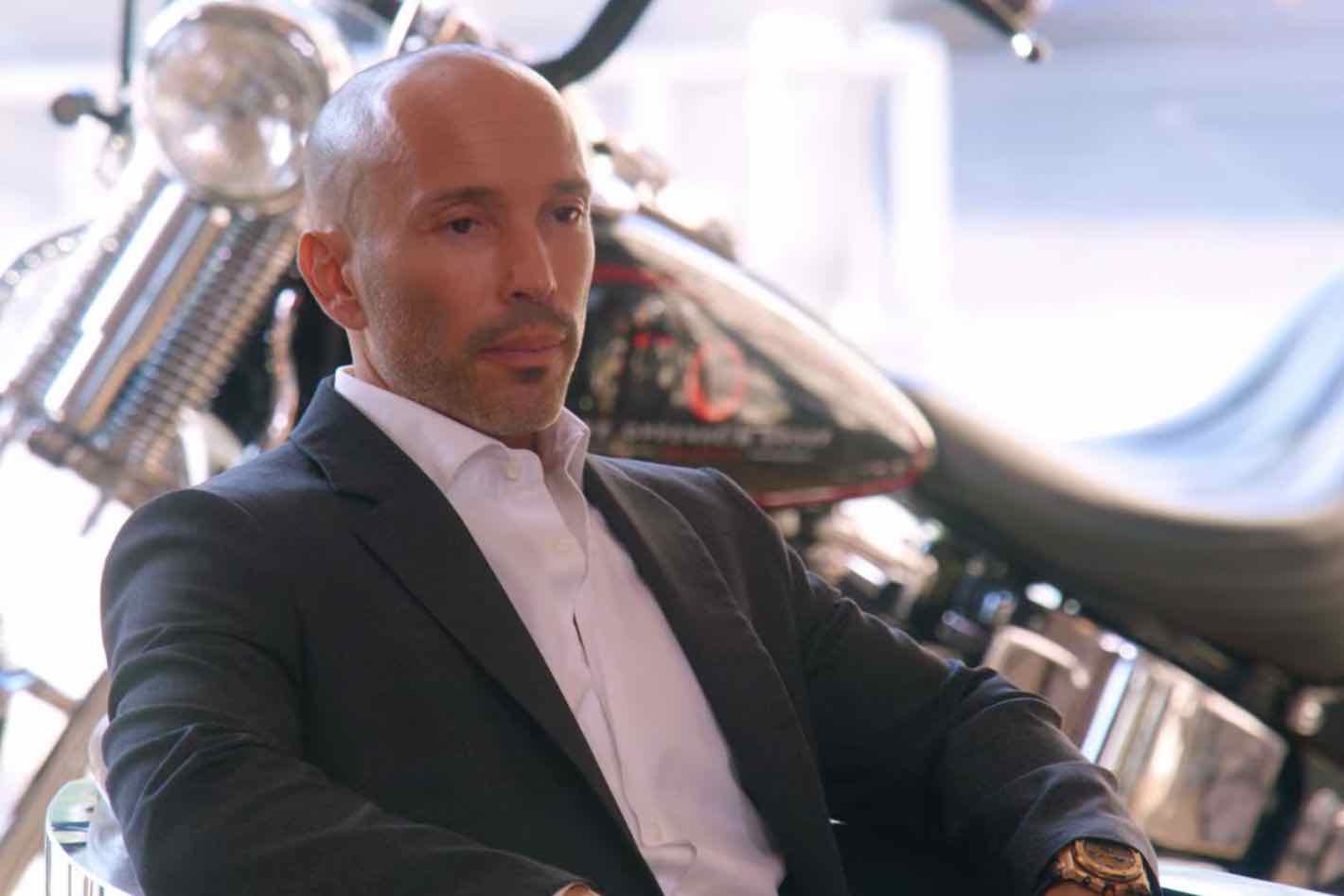 Jason’s twin brother Brett Oppenheim is the former senior vice president at the Oppenheim Group. Like his twin Jason, Brett also worked in law as a securities litigation attorney at a number of different law firms. Some believe Brett has moved on, creating his own brokerage, Oppenheim Real Estate, but this hasn’t been confirmed. 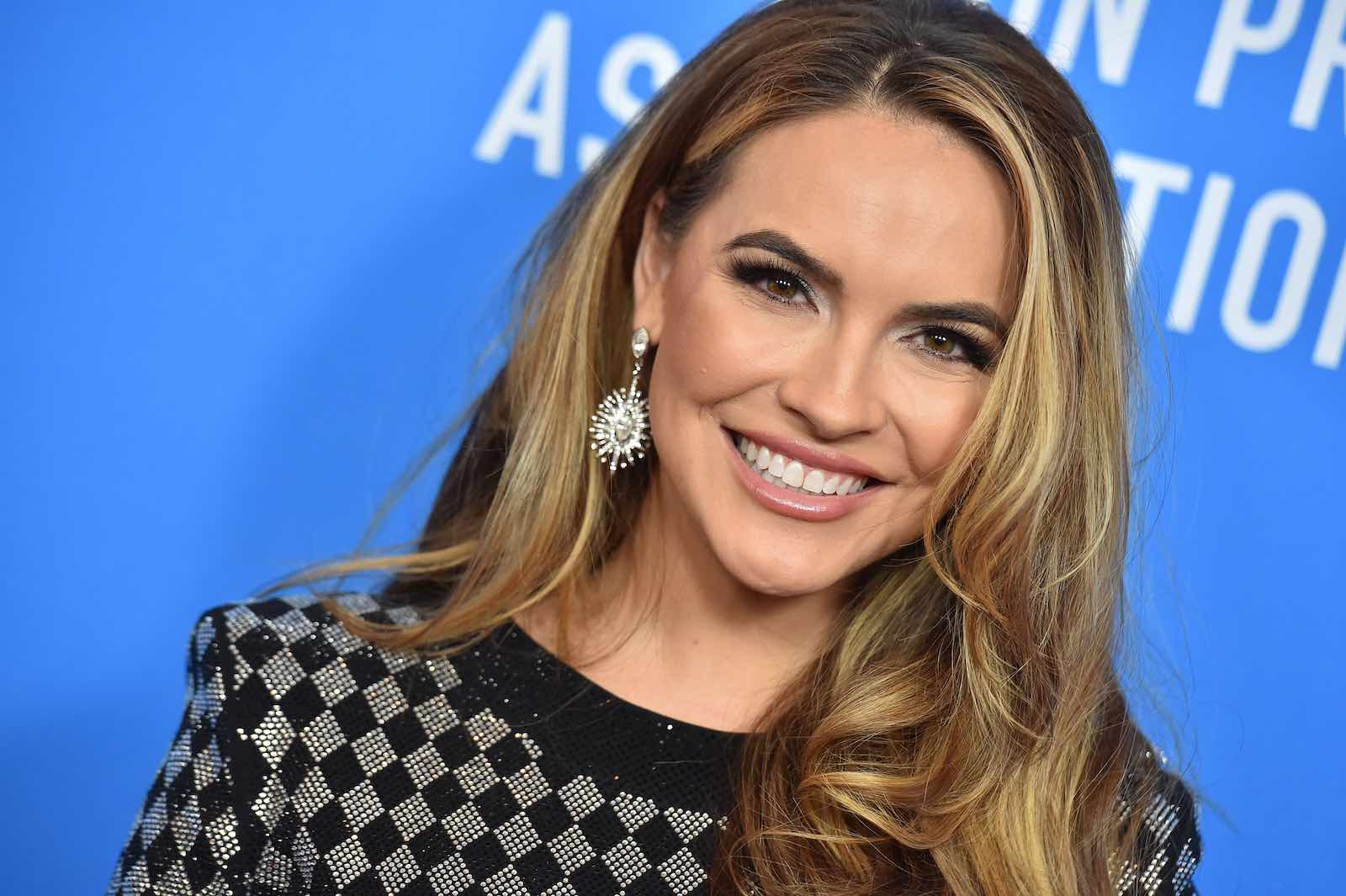 Chrishell Stause might be the most famous of the real estate agents, as she is a well-established soap opera star, having had major & recurring roles on Days of Our Lives, The Young and The Restless, and All My Children. She’s even been nominated for a Daytime Emmy for her work.

More recently, Stause became a contestant on the current season of Dancing with the Stars. Stause also made headlines when This Is Us star Justin Hartley unexpectedly filed for divorce from her in November 2019. Hartley faced scrutiny mostly because he told Stause through a text message and alerted TMZ the same day. 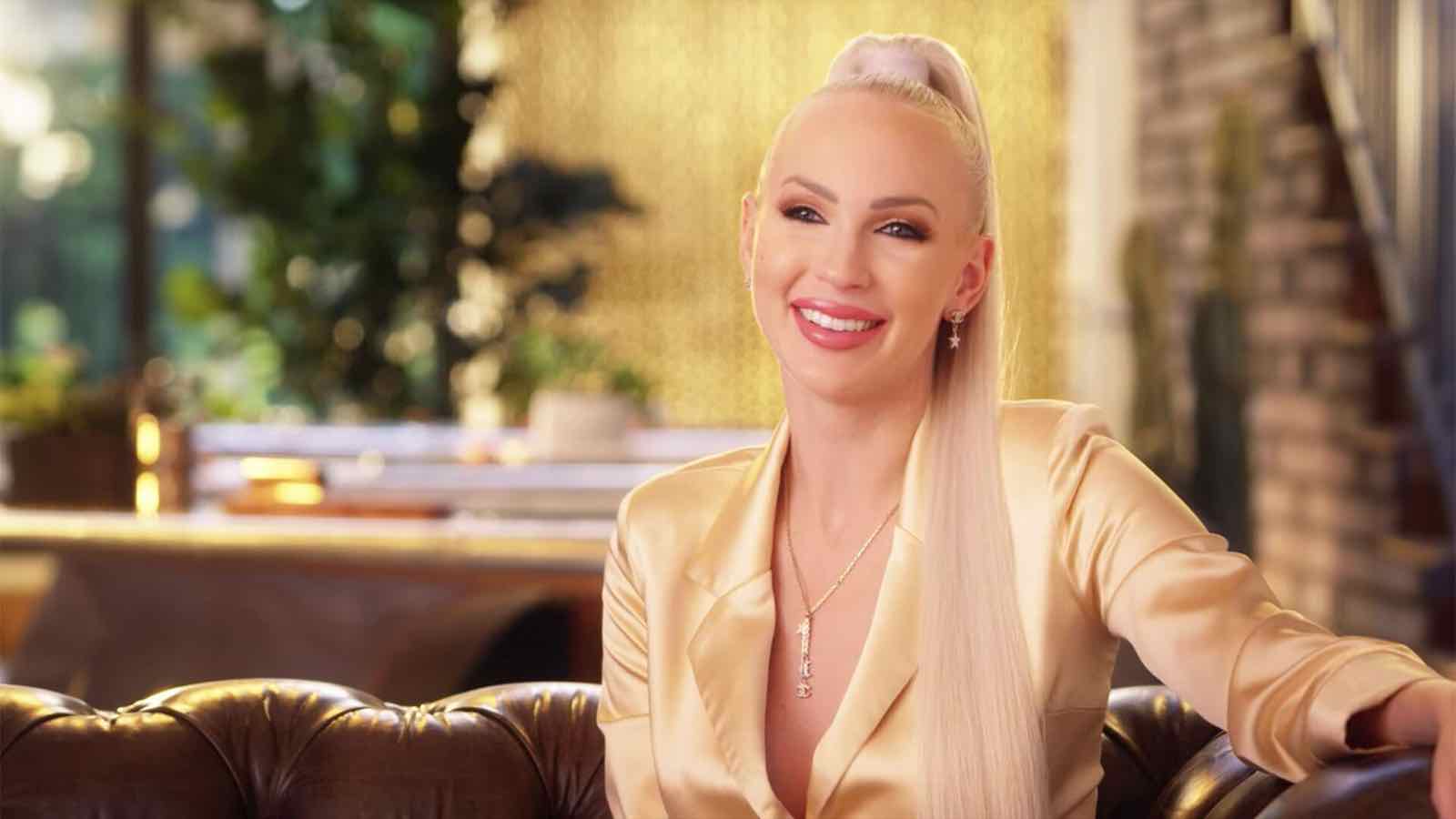 Christine Quinn might not have a high school diploma, but she’s certainly made a name for herself in the real estate business. Quinn explained she had to leave high school because she had to take care of her ailing mother. Though she’s “insecure” about leaving high school unfinished, Quinn thinks “it’s important to discuss it”.

Prior to being a realtor, Quinn had a few acting gigs, but Quinn’s passion lies in real estate. Quinn is married to Christian Richard, a retired software engineer she met while showing him houses. 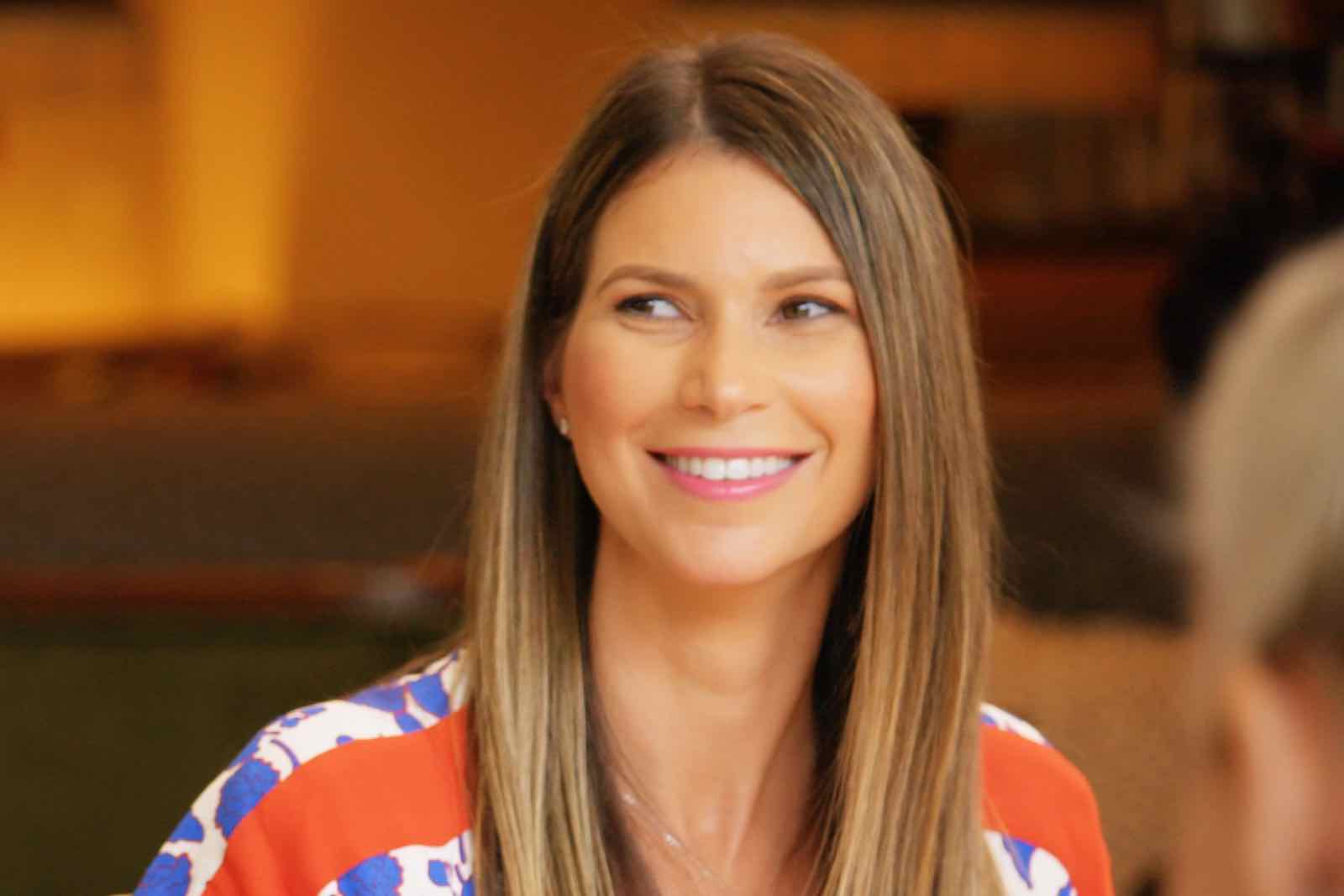 Maya Vander leads a fairly private life and is actually an employee of two real estate companies: the Oppenheim Group & Florida-based Douglas Elliman. Vander splits her time between LA and Miami, where her husband & children live.

The multi-lingual real estate agent grew up in Israel before moving to LA in 2002 and has made a home in the U.S. ever since. 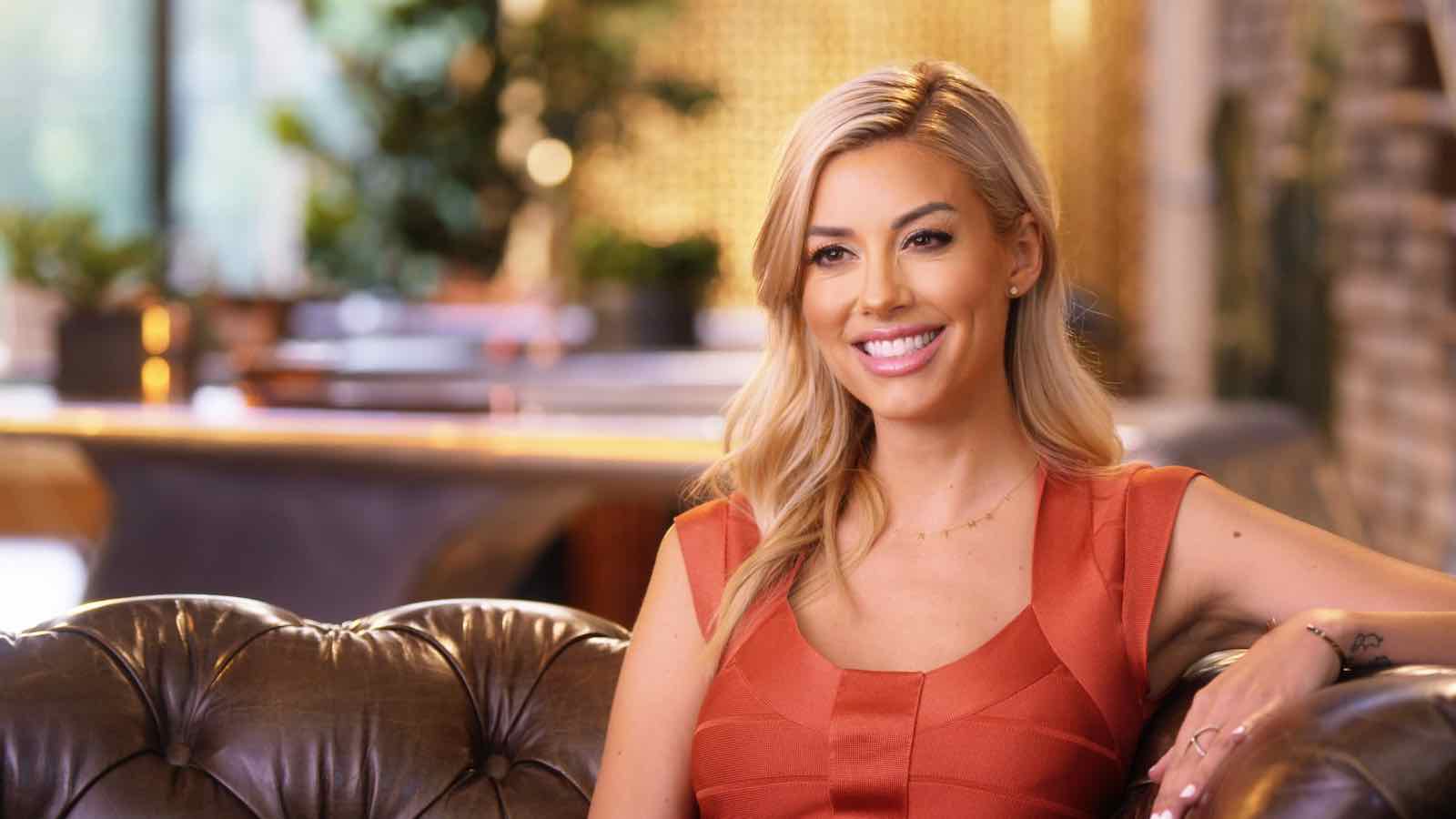 Heather Rae Young used to be a Playboy model, but changed her lifestyle at the age of twenty-seven when she decided to get a real estate license. She impressively sold her first condo for $7.2 million only a few months after getting her license. Young is now engaged to Tarek El Moussa of Flip or Flop fame. 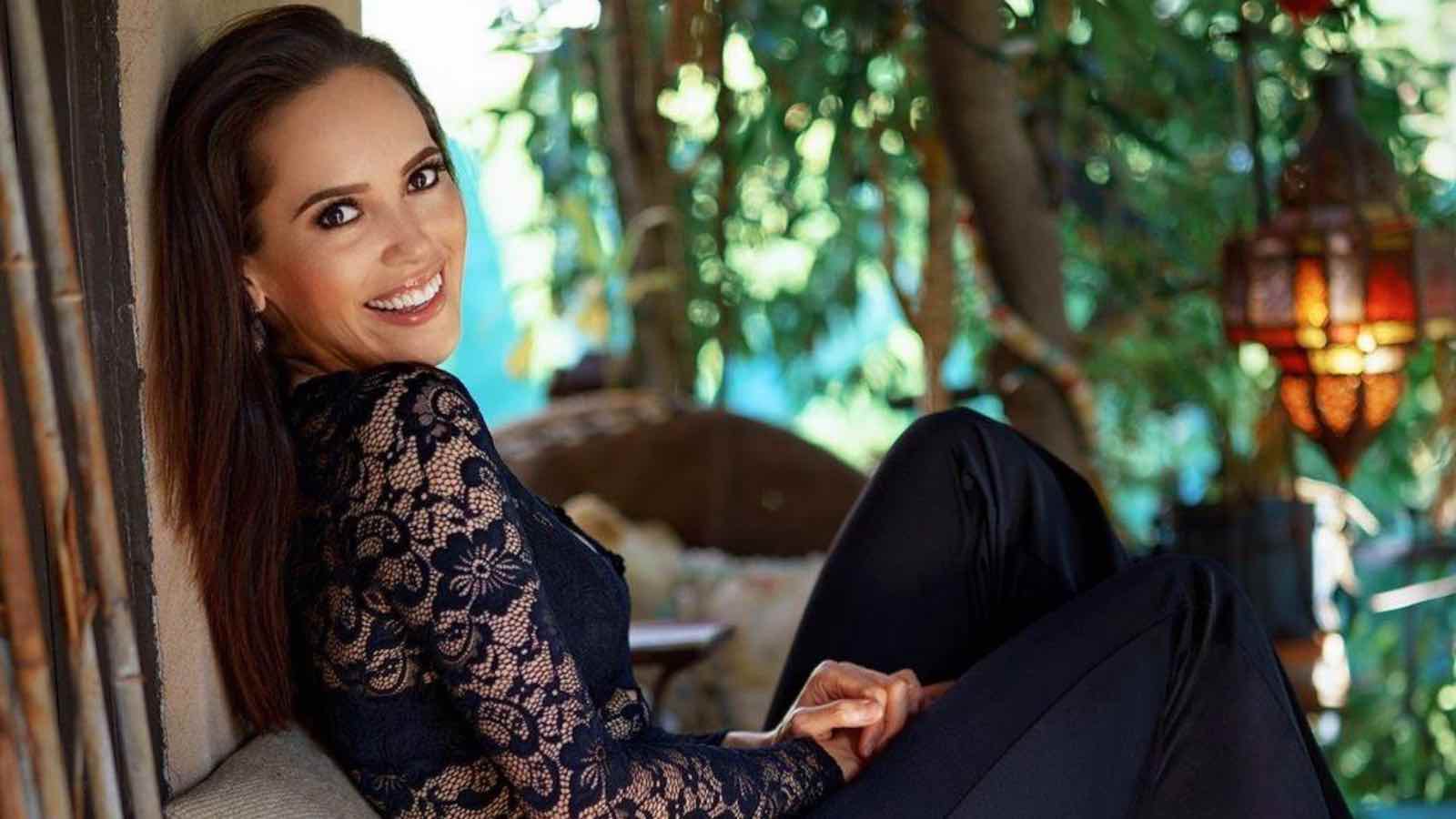 Selling Sunset isn’t Davina Potratz’s first real estate reality show gig, having appeared on Bravo’s Million Dollar Listing. Potratz grew up in Germany before coming out to the U.S. when she attended Pepperdine University in Malibu.

Even during the 2008 recession, Potratz has proven her aptitude in selling luxury estates, contracting “the most expensive condominium ever sold in downtown Los Angeles”, according to her bio on the Oppenheim Group website. Other than her real estate work, Potratz also owns the makeup collection withSimplicity. 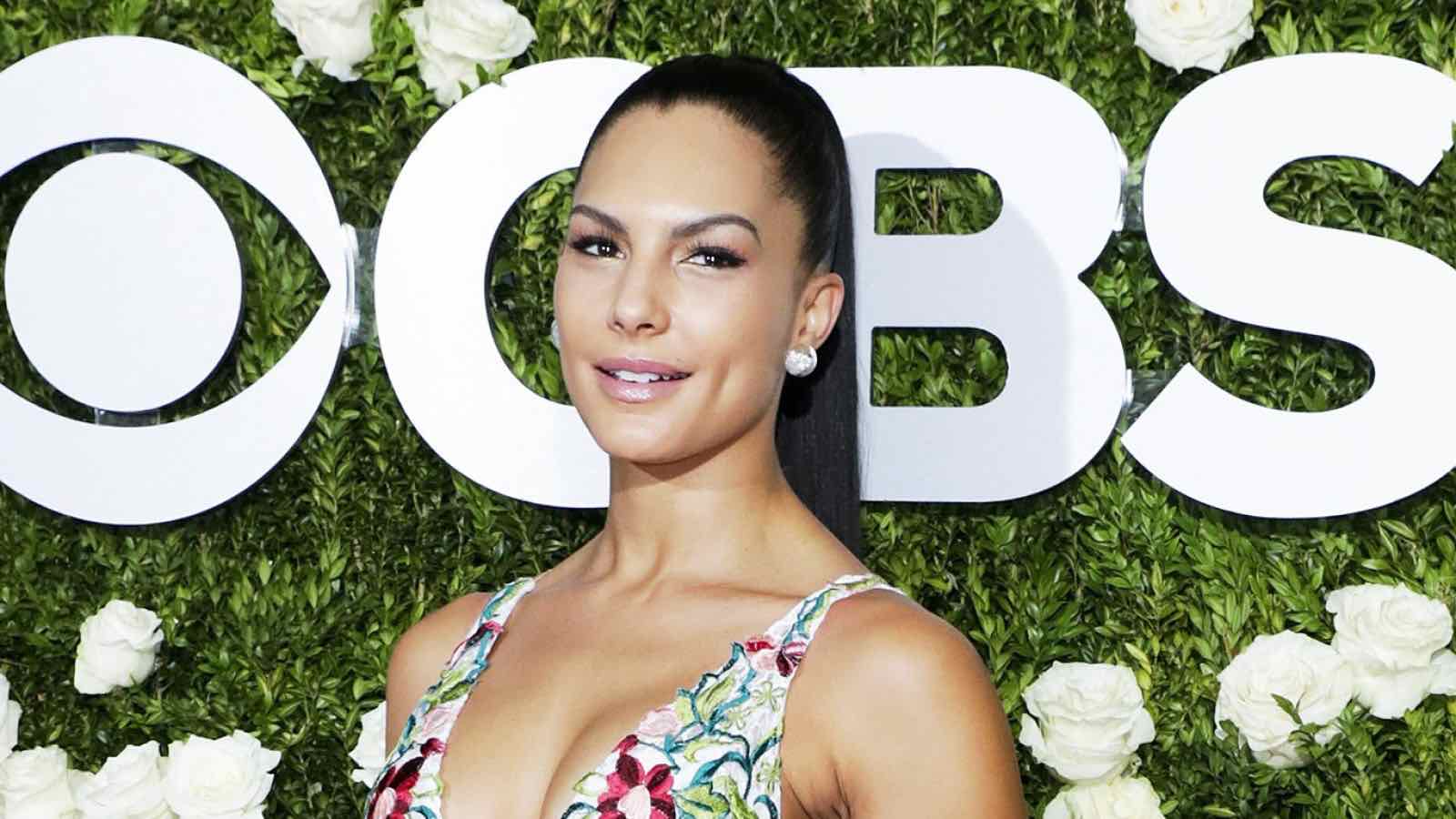 Amanza Smith is a newer recruit for the Oppenheim Group, having joined during Selling Sunset’s second season. Previously an Indianapolis Colts cheerleader & a briefcase model for Deal or No Deal, Smith works as the Oppenheim Group’s interior design expert.

Smith’s family has ended up in the news since her ex-husband Ralph Smith has been missing since 2019. Smith hasn’t been able to track down the former NFL player and is still looking for the father of their two children. 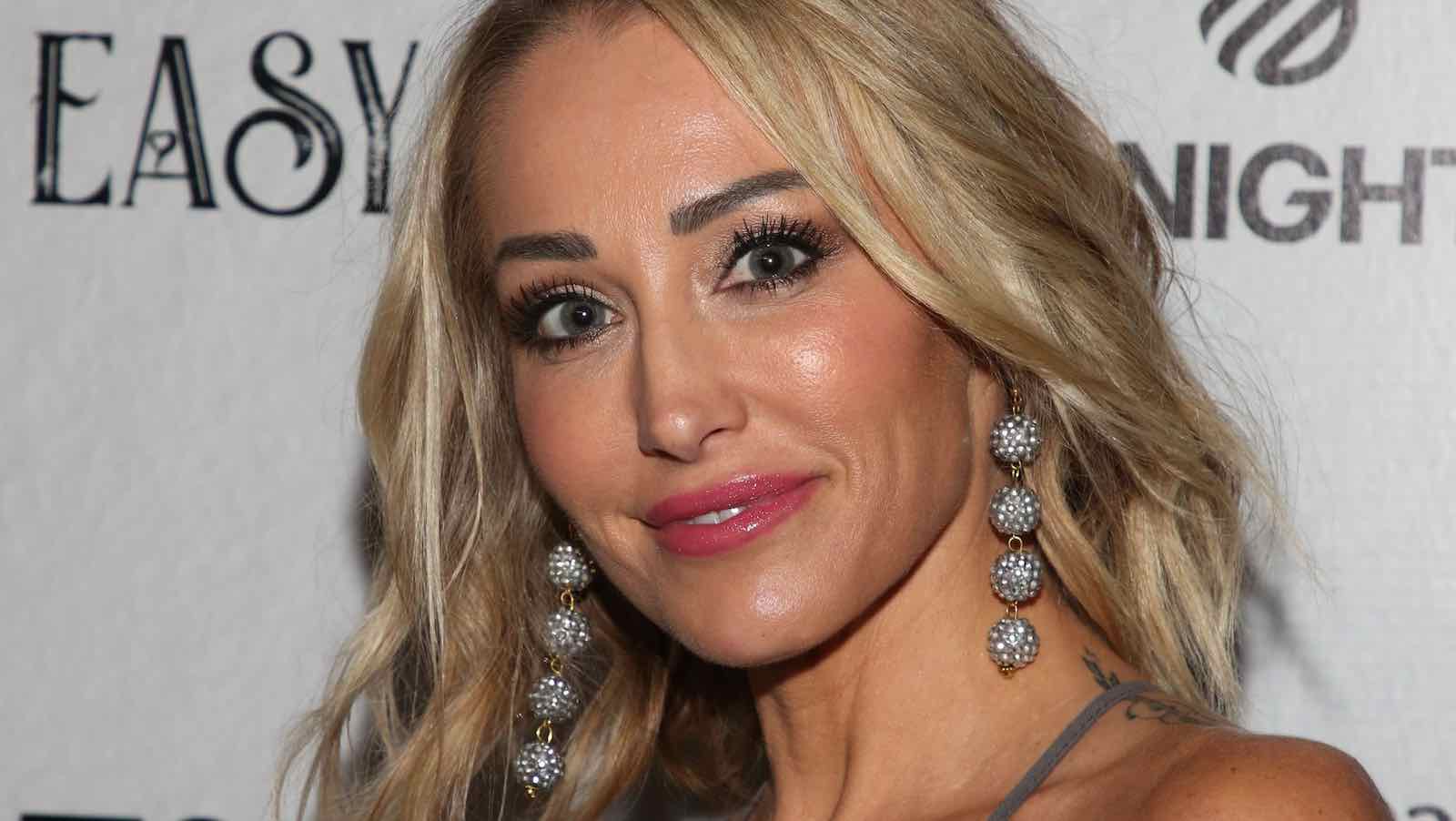 Mary Fitzgerald has been a real estate agent on both sides of the pond, having worked at the London headquarters of the Candy Brothers’ company before her job at the Oppenheim Group.

Fitzgerald previously dated Jason Oppenheim, which has spurred some drama on Selling Sunset. Some of the agents believe Fitzgerald receives favoritism from Jason. However, Fitzgerald is currently married to her third husband, Romain Bonnet. 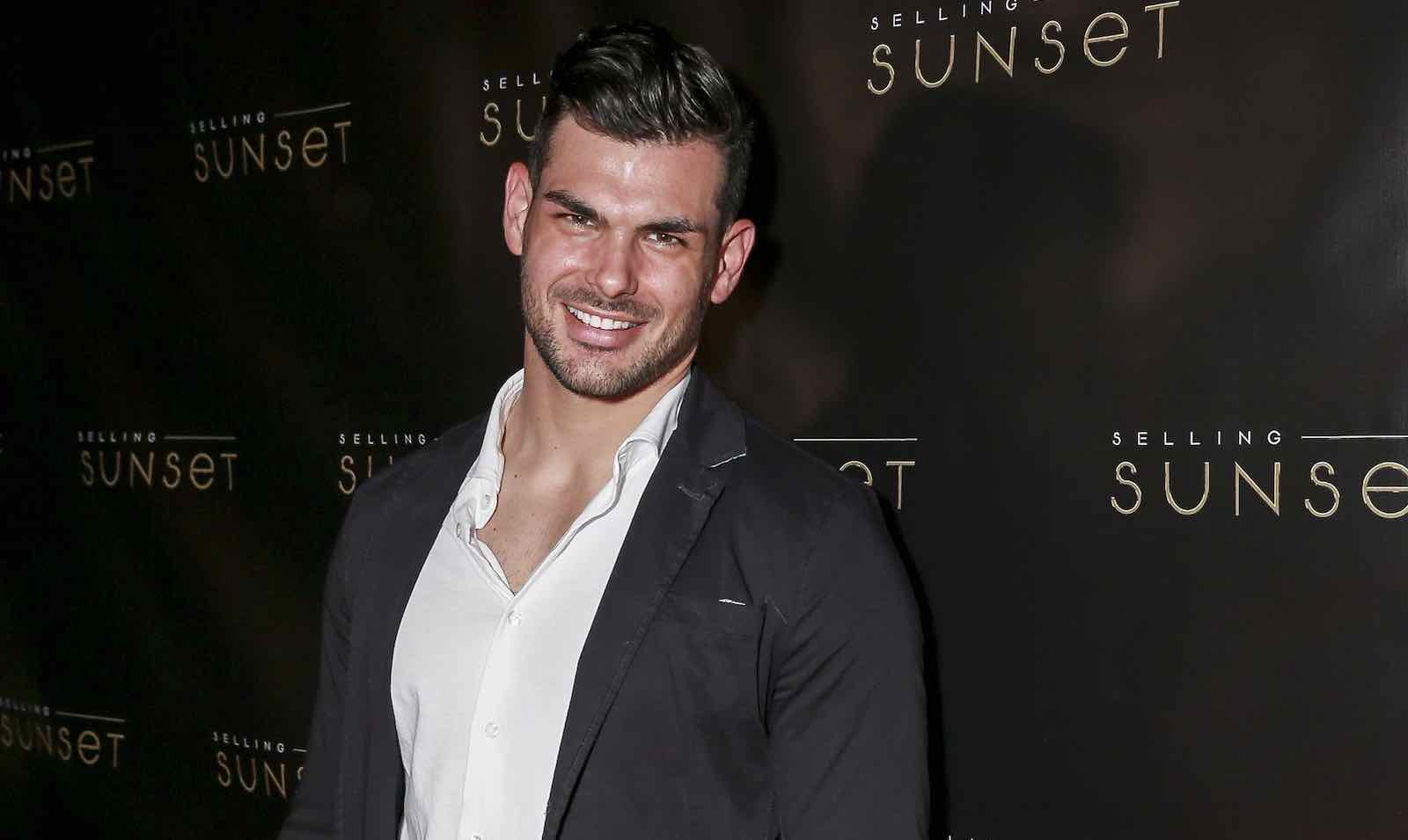 Romain Bonnet isn’t a real estate agent, but he married Mary Fitzgerald in a lavish wedding during the second season finale of Selling Sunset. Born in France, he met Fitzgerald while on vacation in LA. Settling in Southern California, Bonnet now works as a model. 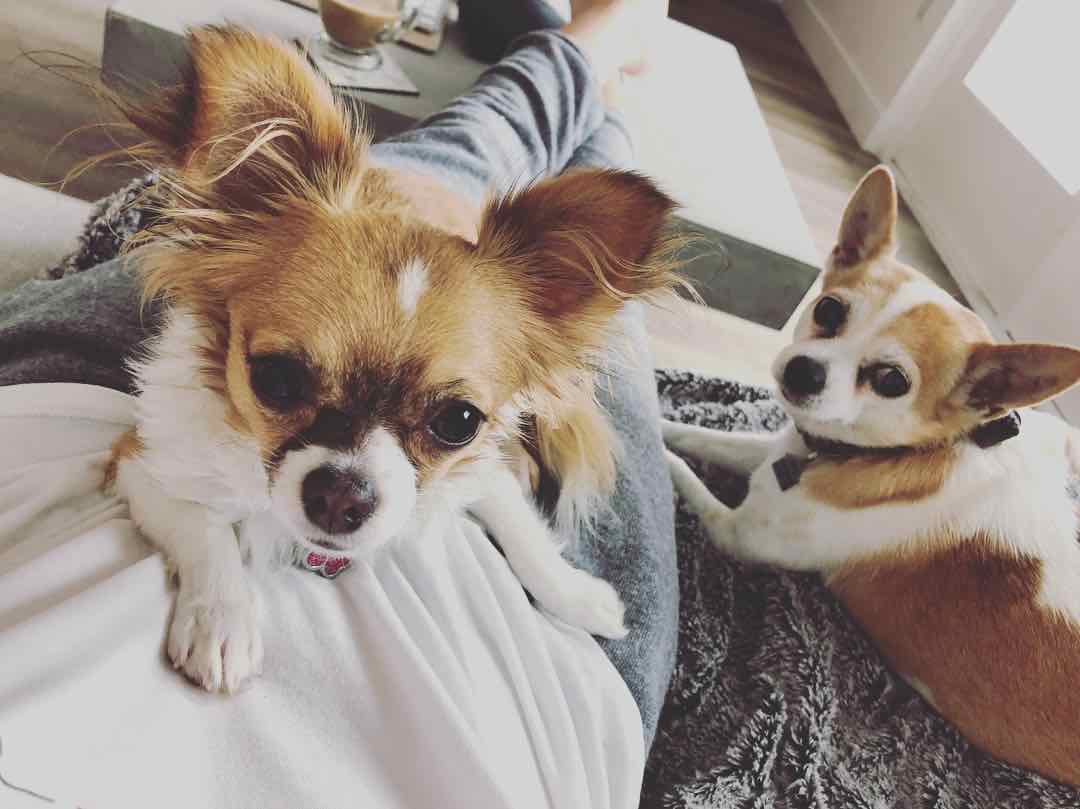 No list of Selling Sunset stars would be complete without the Oppenheim Group’s adorable puppy mascots. Zelda is The Oppenheim Group’s “In-House Barkitect” while Niko is the “Director of Pup-lick Relations”, according to the agency’s website. The brother & sister dogs were adopted by Jason Oppenheim & Mary Fitzgerald, who have been co-parenting the dogs since they were puppies.