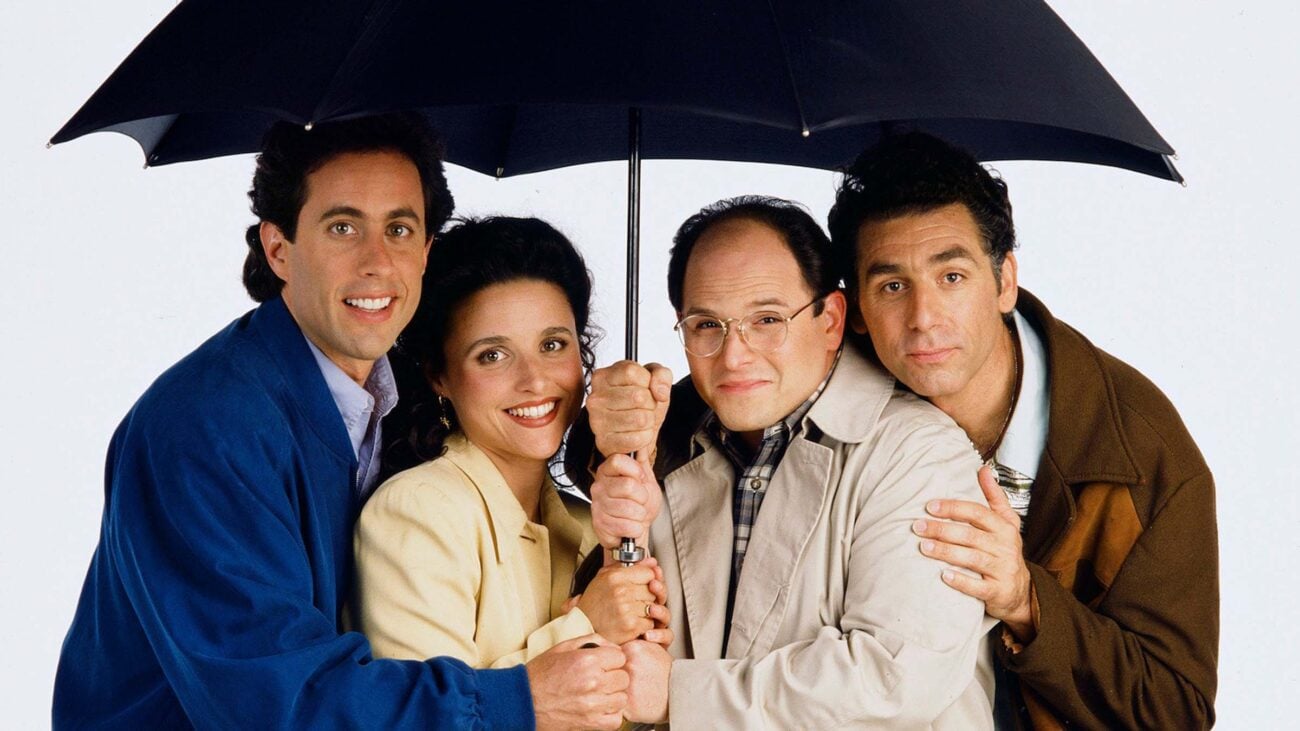 ‘Seinfeld’ heads to Netflix: Which episodes are the best?

Our long national nightmare is nearly over.

That’s right, Seinfeld is set to return to streaming on October 1 after disappearing for nearly three months. The best episodes of Seinfeld will be available exclusively on Netflix after its tenure on rival Hulu ended earlier this summer. Netflix is said to have paid out over $500 million for the global rights to stream Seinfeld. Recently HBO Max paid $425 million for similar rights for the show Friends. 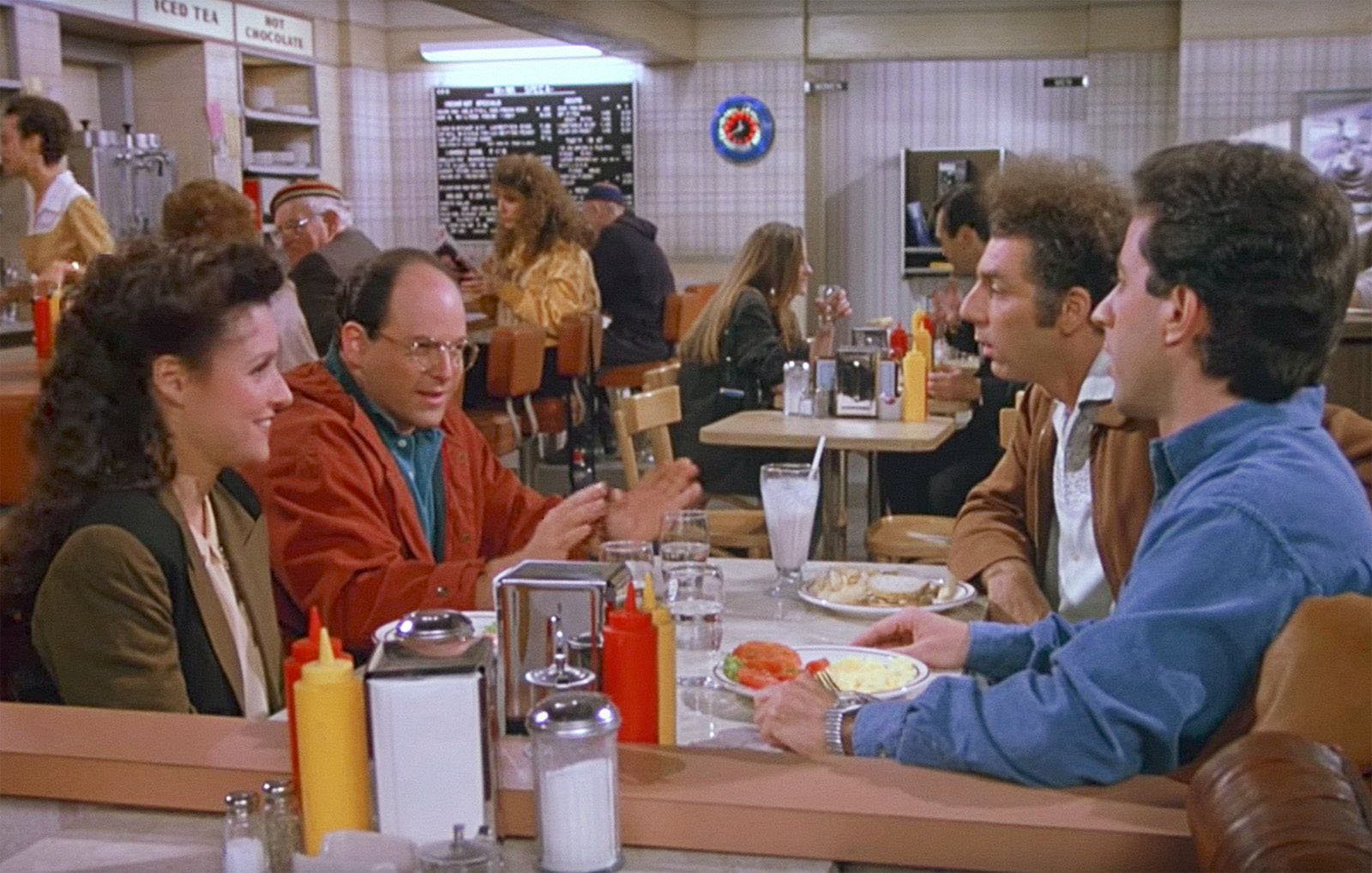 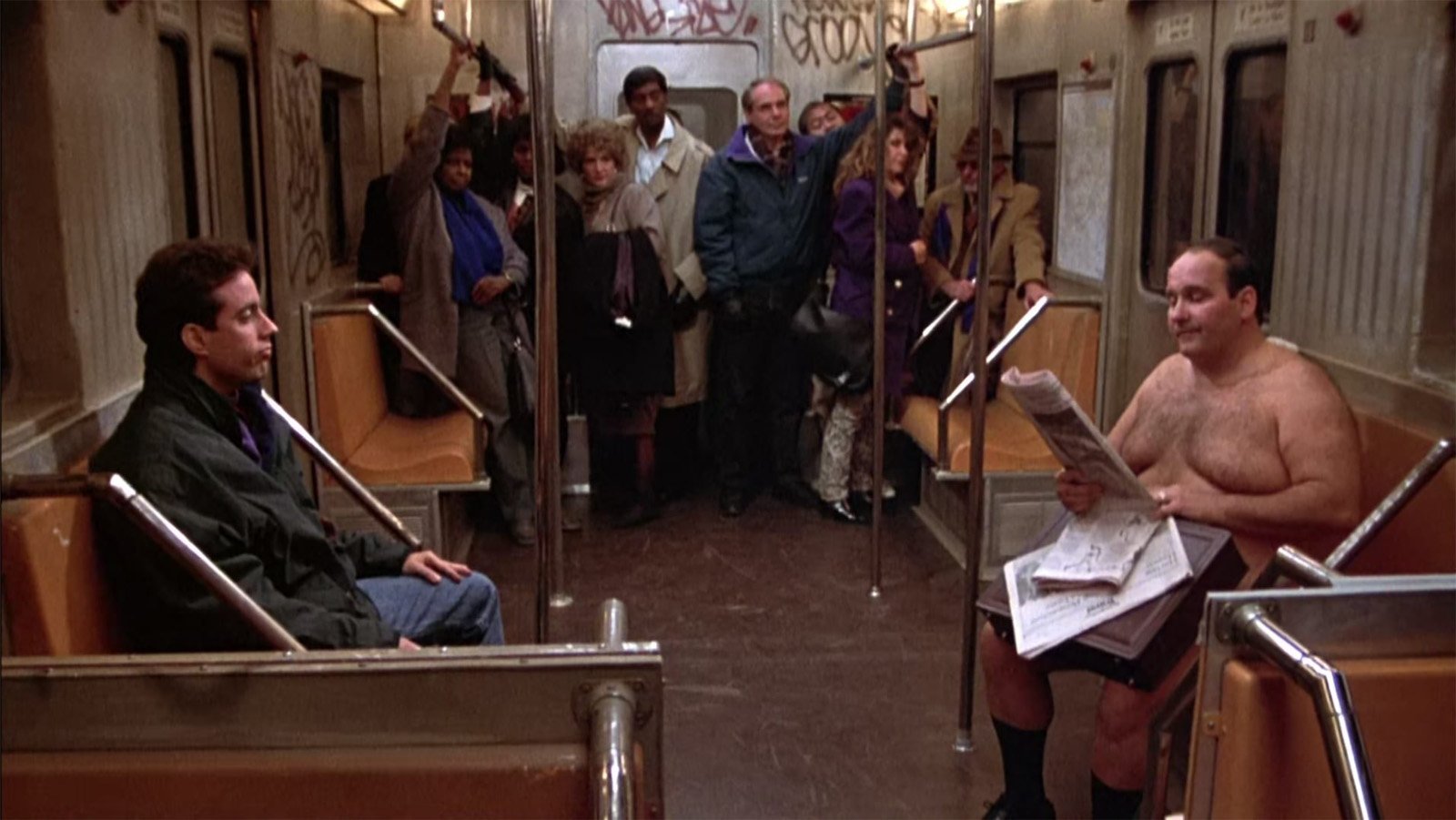 One of the most memorable episodes of Seinfeld is certainly “The Subway”. A rare episode that takes place entirely outside of Jerry’s apartment, “The Subway” sees our four central characters each embark on their own trip on the New York City subway. Jerry befriends a nudist. George is seduced by a woman who handcuffs him to a bed & robs him. Kramer overhears a tip about a horse race & places a big bet.

Elaine, on her way to a lesbian wedding, experiences delays which cause her mental state to deteriorate rapidly. This is probably one of the most relatable Seinfeld subplots. 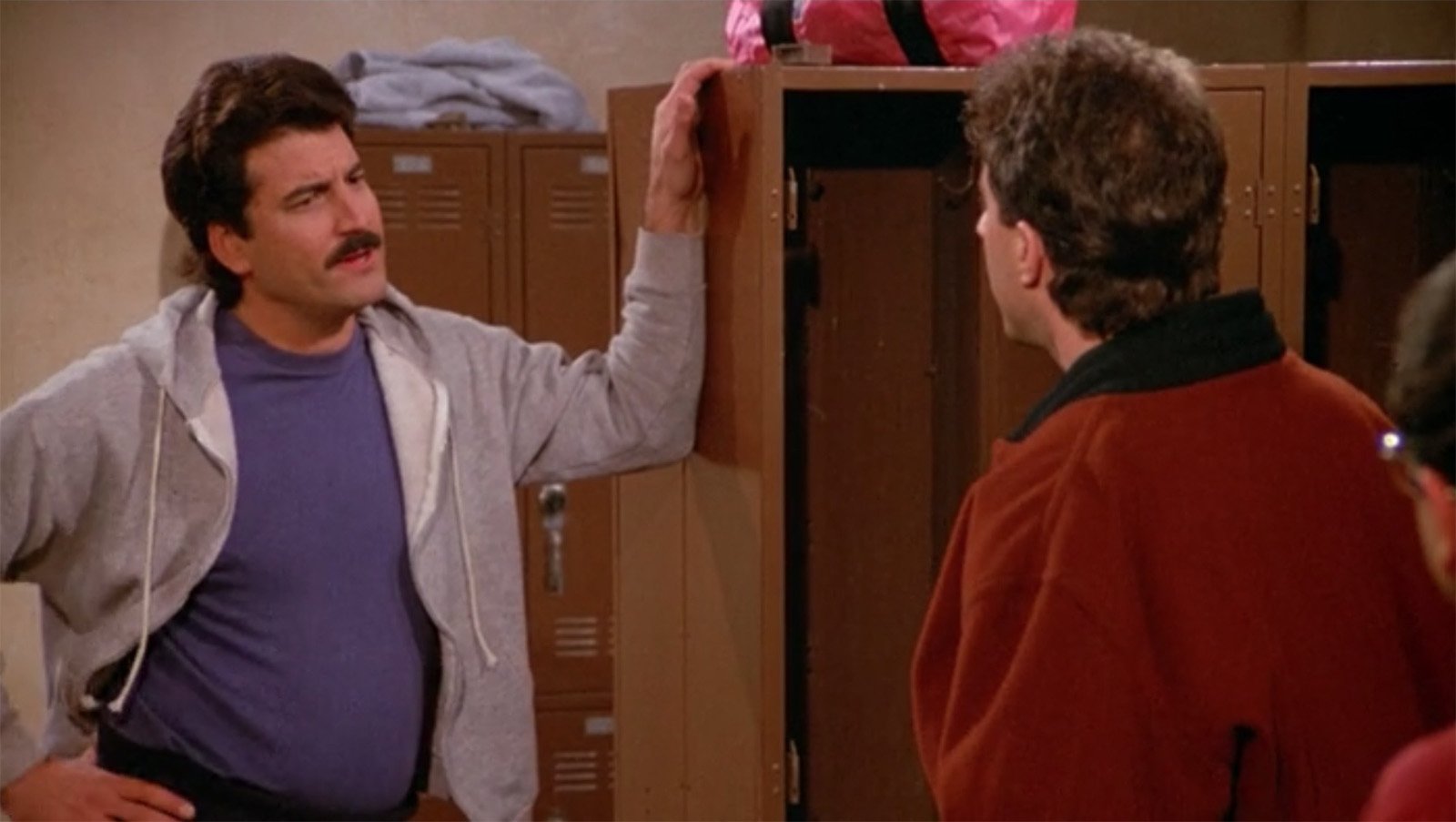 This two-part episode of Seinfeld is absolutely jam-packed with classic bits. Elaine (Julia Louis-Dreyfus) starts dating New York Mets’ first baseman Keith Hernandez, who Jerry is obsessed with. The two begin to battle for Hernandez’s affection, while Kramer (Michael Richards) & Newman (Wayne Knight) outline a beef they have with the player that stems from when they believe he spat on them years prior. Their case against Hernandez is a parody of the 1991 Oliver Stone film JFK.

Perhaps the funniest subplot involves George’s unemployment. In order to continue getting paid by the state, George must prove that he has recently had a job interview. He gives the unemployment office Jerry’s number, saying that it is in fact Vandelay Industries. Jerry’s “and you wanna be my latex salesman” line was improvised and stands as one of the funniest endings to an episode of Seinfeld. 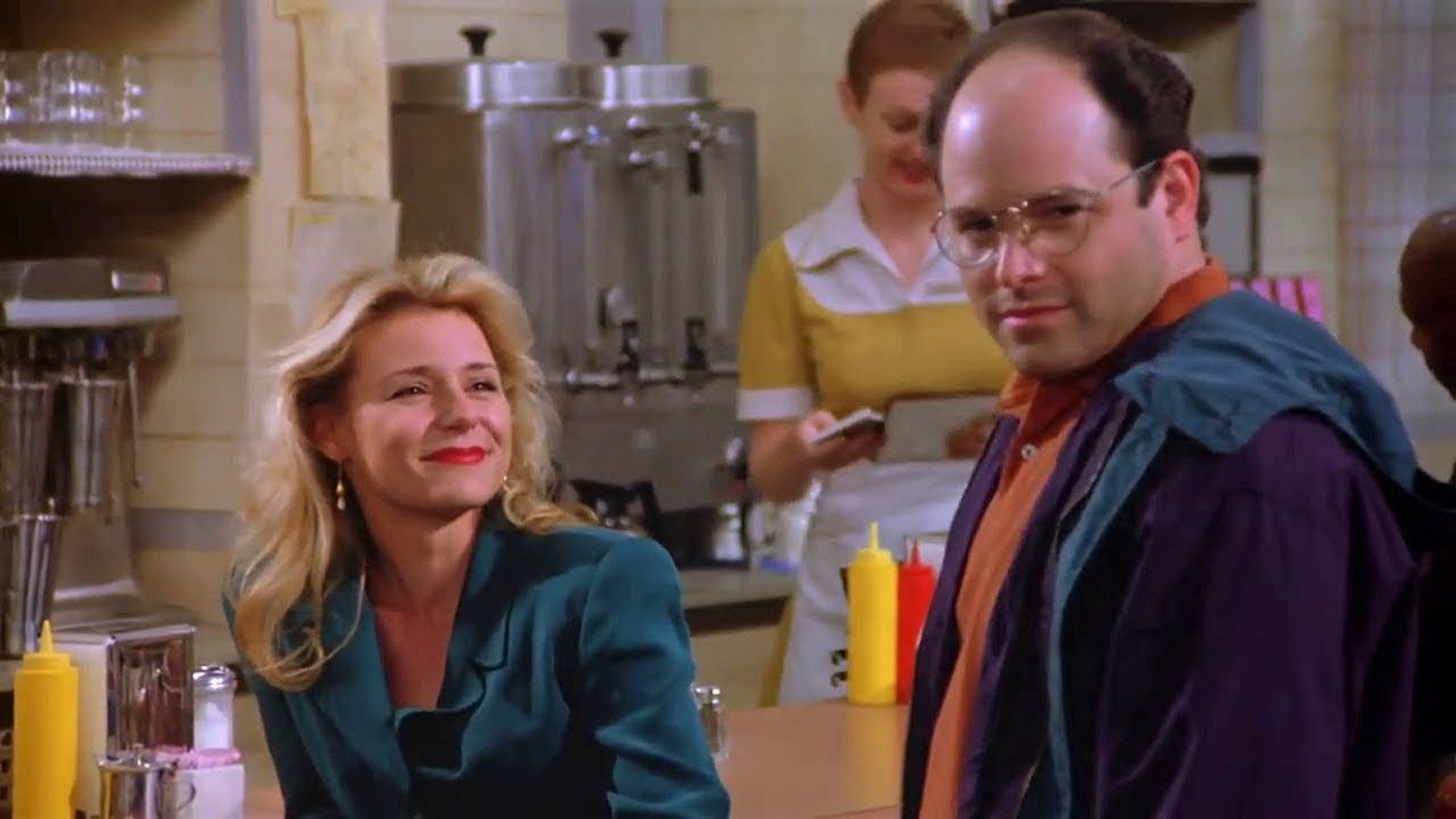 “The Opposite” brilliantly plays with the conventions of the series to make one of the most memorable episodes ever. George, lamenting his station in life, decides to start doing the opposite of everything he normally does. His luck seems to instantly change as he quickly gets a girlfriend, a job with the New York Yankees, and a new apartment.

Meanwhile, Elaine suffers a series of misfortunes & embarrassments. Her boyfriend, who was hospitalized in a car accident, breaks up with her & she gets fired. While commiserating with Jerry she realizes that she & George have traded places, remarking, “I’ve become George”. 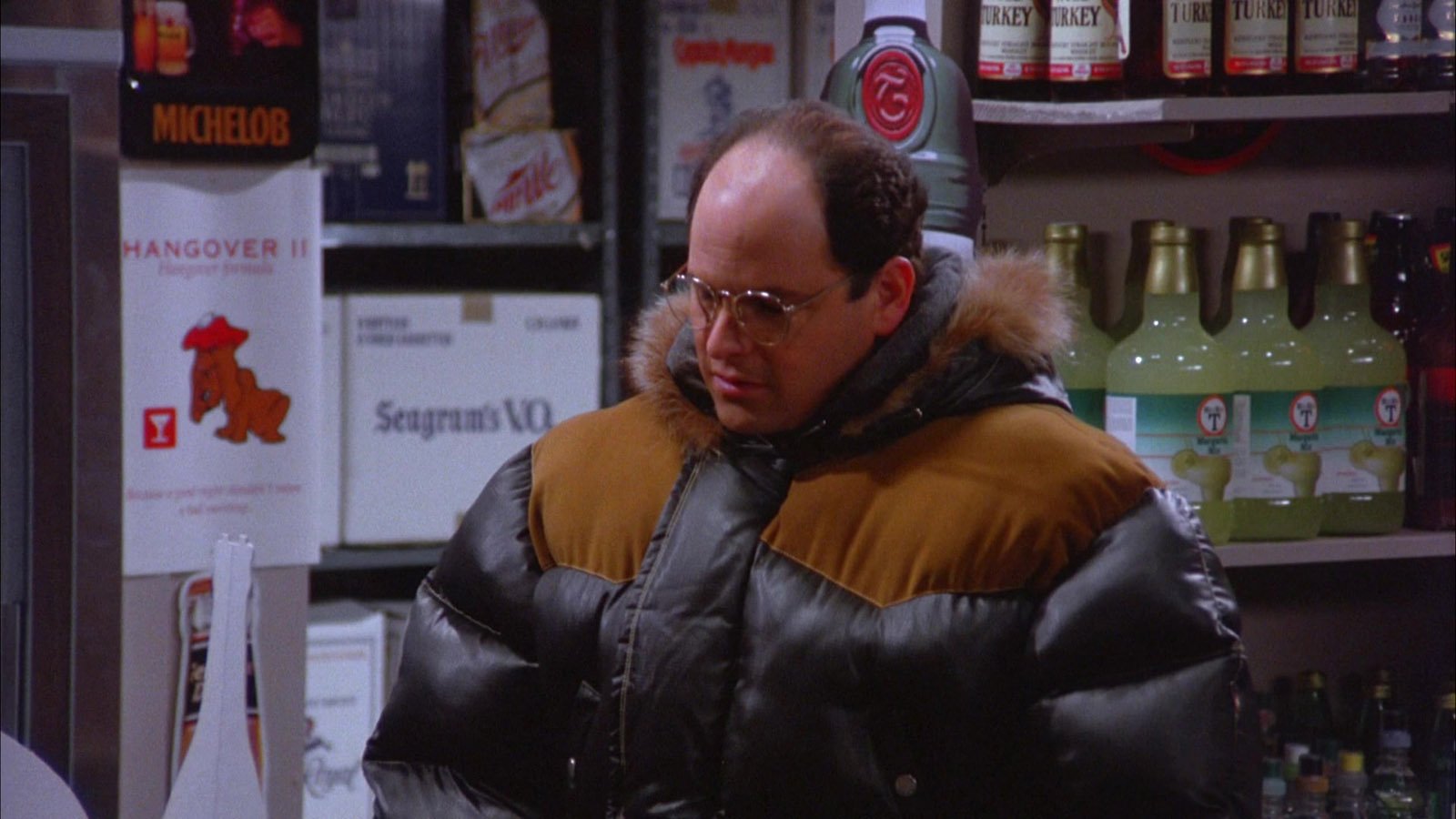 “The Dinner Party” is another fantastic episode. The gang plans to attend a dinner party, however, the entire episode centers around the comedy of manners surrounding preparing to go to said party. What follows is a truly bizarre succession of events that sees Jerry vomit for the first time in fourteen years, George giving up his giant Gore-Tex jacket, a chocolate babka, and Saddam Hussein.

Well maybe it isn’t actually Saddam Hussein but this episode really nails how getting ready to go out is more exhausting than actually going out. Sometimes cancelling plans is just the right thing to do.

What episodes did we miss? What are your favorite Seinfeld episodes? Let us know in the comments!