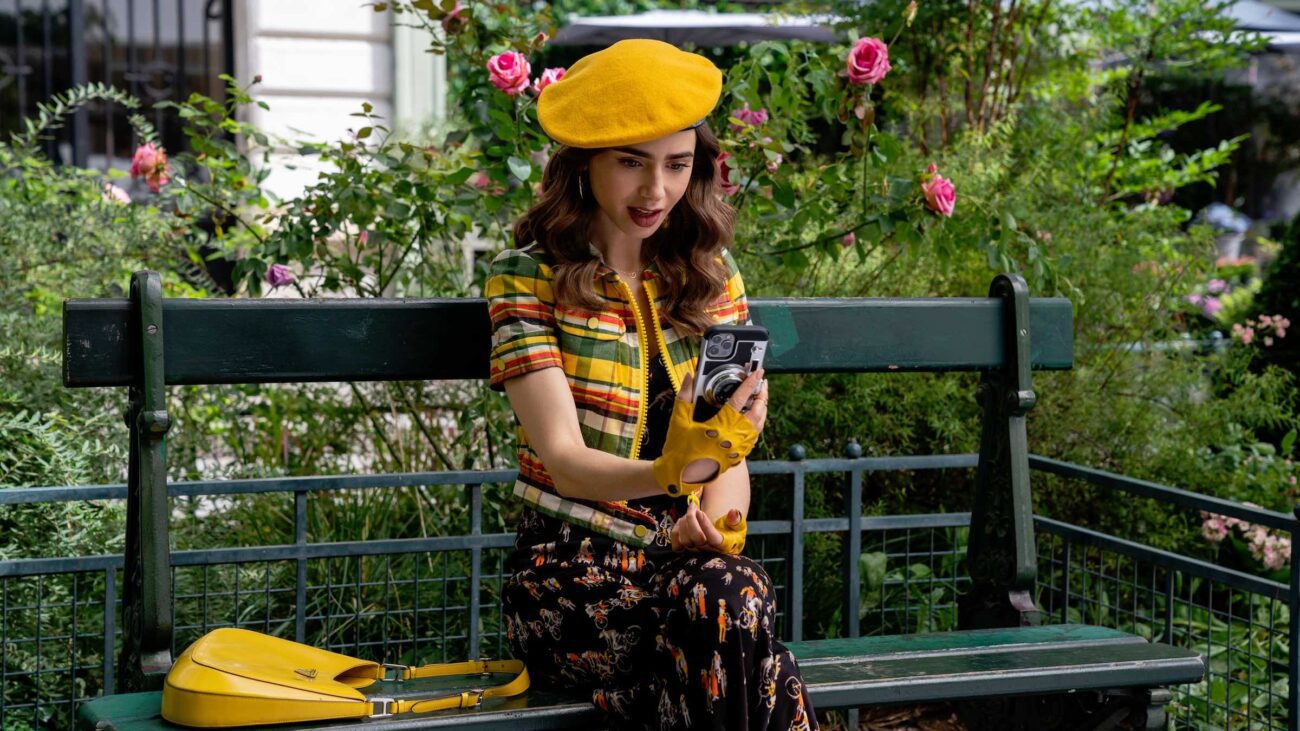 Why does Netflix save some shows and cancel others? While there may not be an exact formula to Netflix’s cancellations, we do know that it’s a numbers game. If enough people are watching them, then Netflix will renew shows — even those that make little sense — for additional seasons.

When the first season of Emily in Paris aired on Netflix, the show tore apart the internet. The show’s premise: Emily being sent to Paris, without knowing French, to spearhead a work project, seems very fantastical for today’s hyper-competitive world. What started off feeling like The Devil Wears Prada quickly descended into an inane account of a flavorless character going through her French adventures.

And yet, people watch Emily in Paris. Not just a handful of viewers, but enough people watched the show when it started to justify its renewal for another season. There are many theories & conjectures to explain why. Some industry experts call this revenge watching or hate-watching. It’s the tendency of people to watch a show or movie they suspect they’ll emphatically dislike. 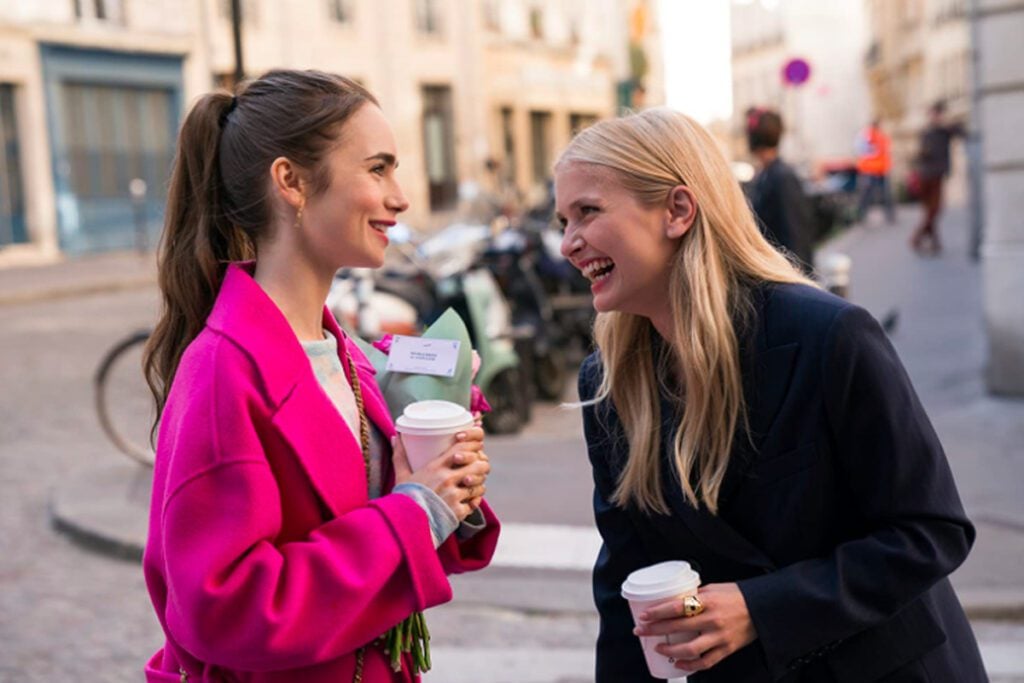 With Emily in Paris, it wasn’t hard to know that there was little of substance in the show.

Early reviews on social media had established that much. So, watching it, we knew we weren’t learning anything new, or finding any endearing characters, so most of us likely watched the show only so we could join in the fun. The ripple effect, however, made sure that an increasing number of people ended up watching the show.

For a show that was so lacking in diversity and any sort of solid flavor in the storyline, it was a shock when Emily in Paris was nominated for some Golden Globe Awards. Not one, but two of these. Add to that list: Emmy Awards, Critics’ Choice Awards, MTV Movie & TV Awards…you get the drift.

In fact, despite all the negative reviews & trash-talking around the show, it still ranked on Nielsen’s list of the top 10 most-watched streaming shows for the week. That’s more than Grey’s Anatomy, the holy grail of an audience magnet. Now, the show is returning for a second season, which is the least surprising part, considering. 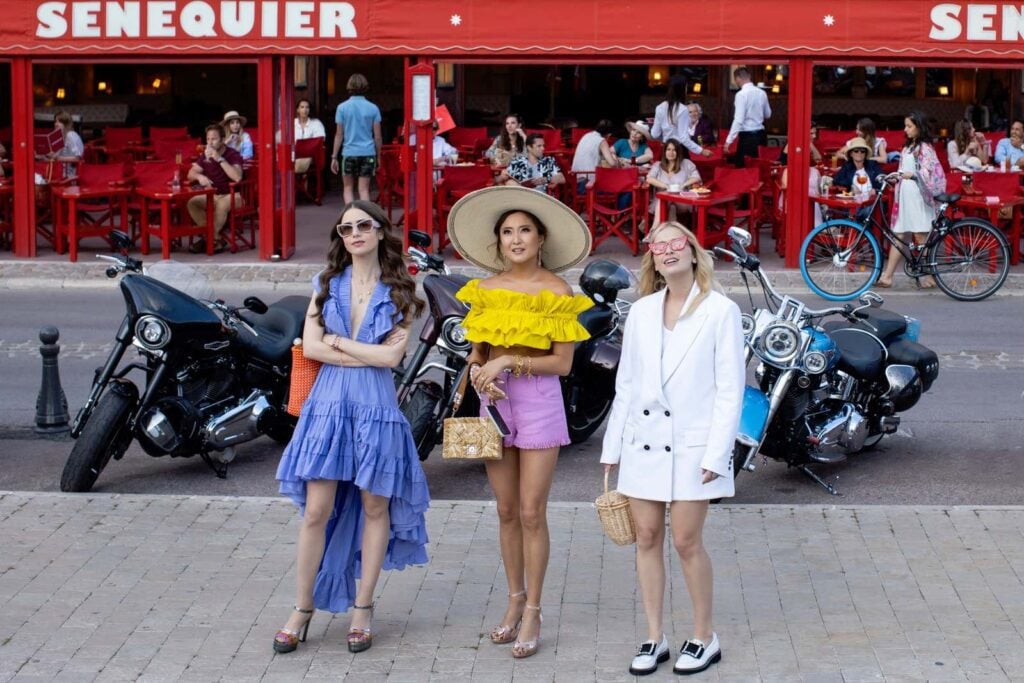 All set for a season 2. Bonjour!

For all you hate-watchers out there, the second season of Emily in Paris is arriving on the streaming giant on December 22. Add that to your Christmas plans. The first look of the new season was revealed at Netflix’s TUDUM event in September.

If you’re clueless about TUDUM, this will help: TUDUM was a global mega-event, the first of its kind for Netflix, that featured more than 145 celebrities, more than seventy series, and twenty-eight films over the course of several hours. That’s where Netflix’s viewers were given a peek into the upcoming titles, including the clip that followed Lily Collins’ Emily across France.

This time, she’s not romancing the cliche of Paris, but soaking up the sun down south in Saint-Tropez. We’re all set for her to explore filthy-luxurious yachts, berserk pool parties, and drink away all the cocktails with an expression of disbelief that is characteristic of Emily. 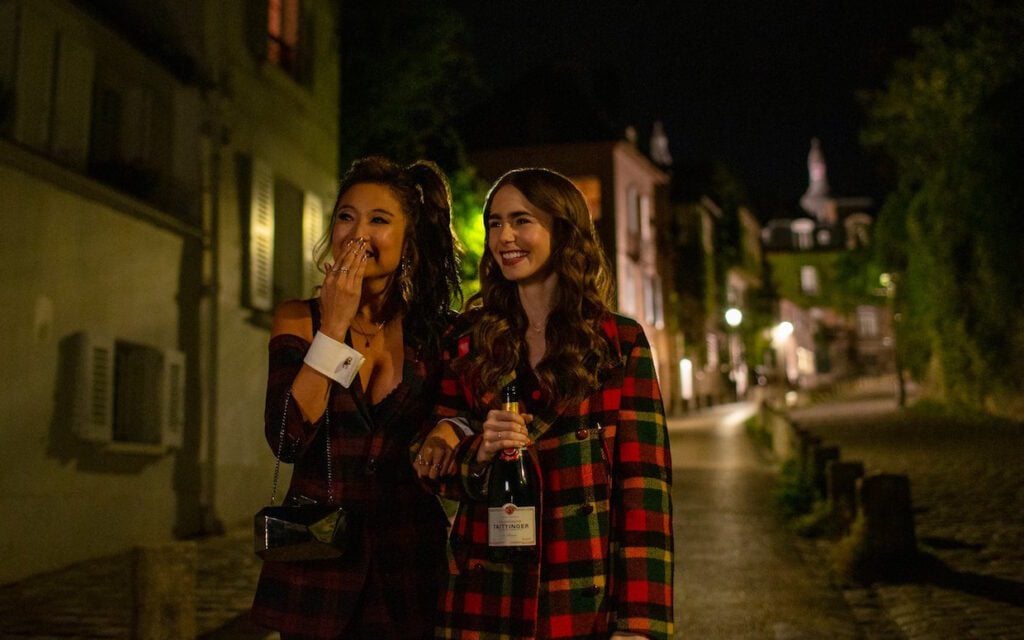 All show & showbiz and no substance?

What viewers found unbelievable was the premise: Emily is asked to move from Chicago to Paris at a moment’s notice when the marketing firm she works for acquires a French company. She lands there only to be treated with trademark French hostility as if she has no authority there.

Not only does this seem highly unprofessional, it’s also unlikely that businesses with this kind of money would leave such tasks of monumental importance in rookie hands. Clearly, Emily hadn’t managed a soul in her life.

But Emily couldn’t care less. Her challenges are all very frivolous, whether they’re at work or in romance. It’s like a show made for the ‘gram. And we can’t wait for them to try our reels.