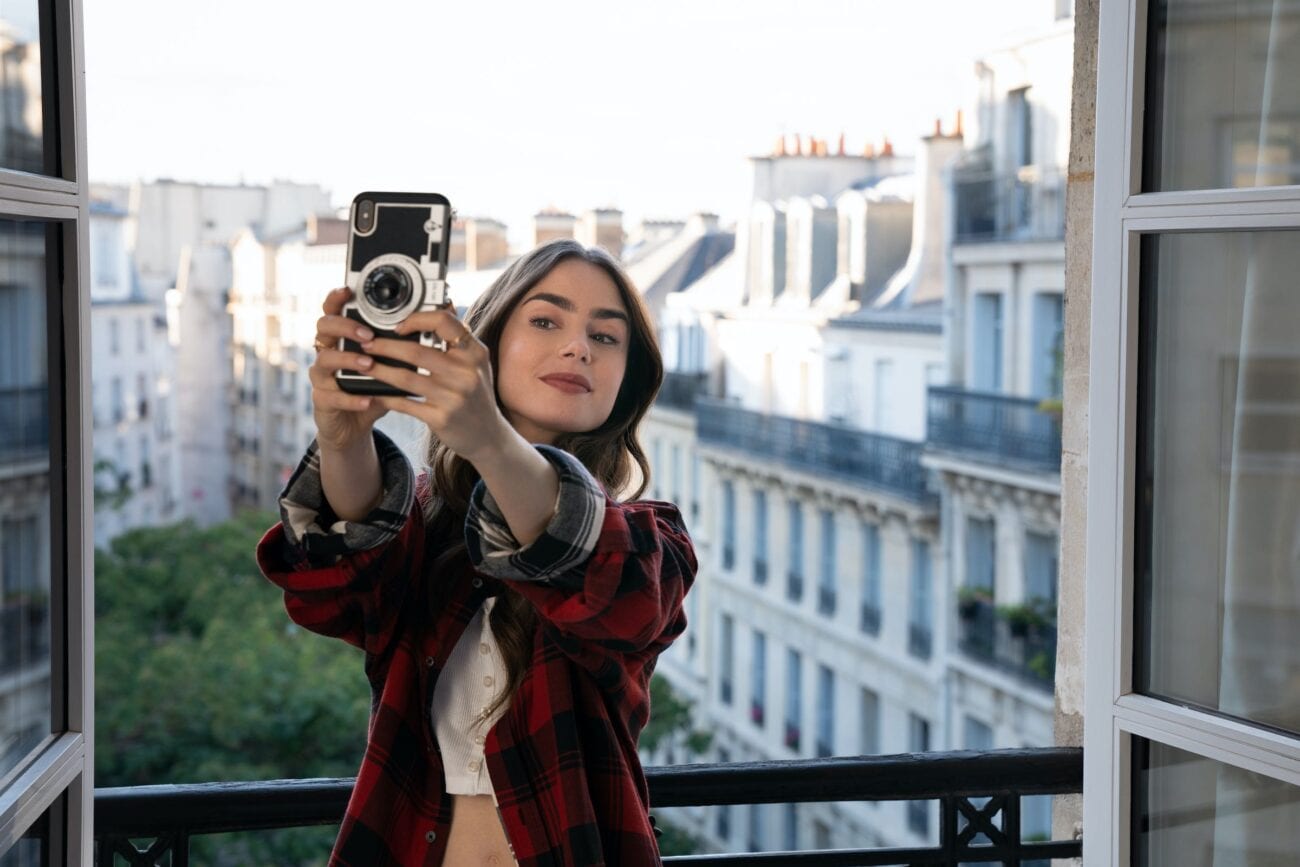 Who would actually want to watch ‘Emily in Paris’ season 2?

Ready for some pure escapism during this dismal time? Say no more, Netflix’s Emily In Paris has been renewed for season 2. Toujours l’amour! Mai, oui!

Lily Collins is set for another Parisian adventure after Netflix renewed Darren Star’s Emily in Paris. The comedy is expected to return to production next spring on location in Paris. An episode count for the new season & premiere date have not yet been determined. The romantic comedy originally was set up at Paramount Network but moved to the streamer over the summer and launched at the start of October.

In Emily In Paris, Emily (Collins), an ambitious twenty-something marketing executive from Chicago, unexpectedly lands her dream job in Paris when her company acquires a French luxury marketing company – and she is tasked with revamping its social media strategy. 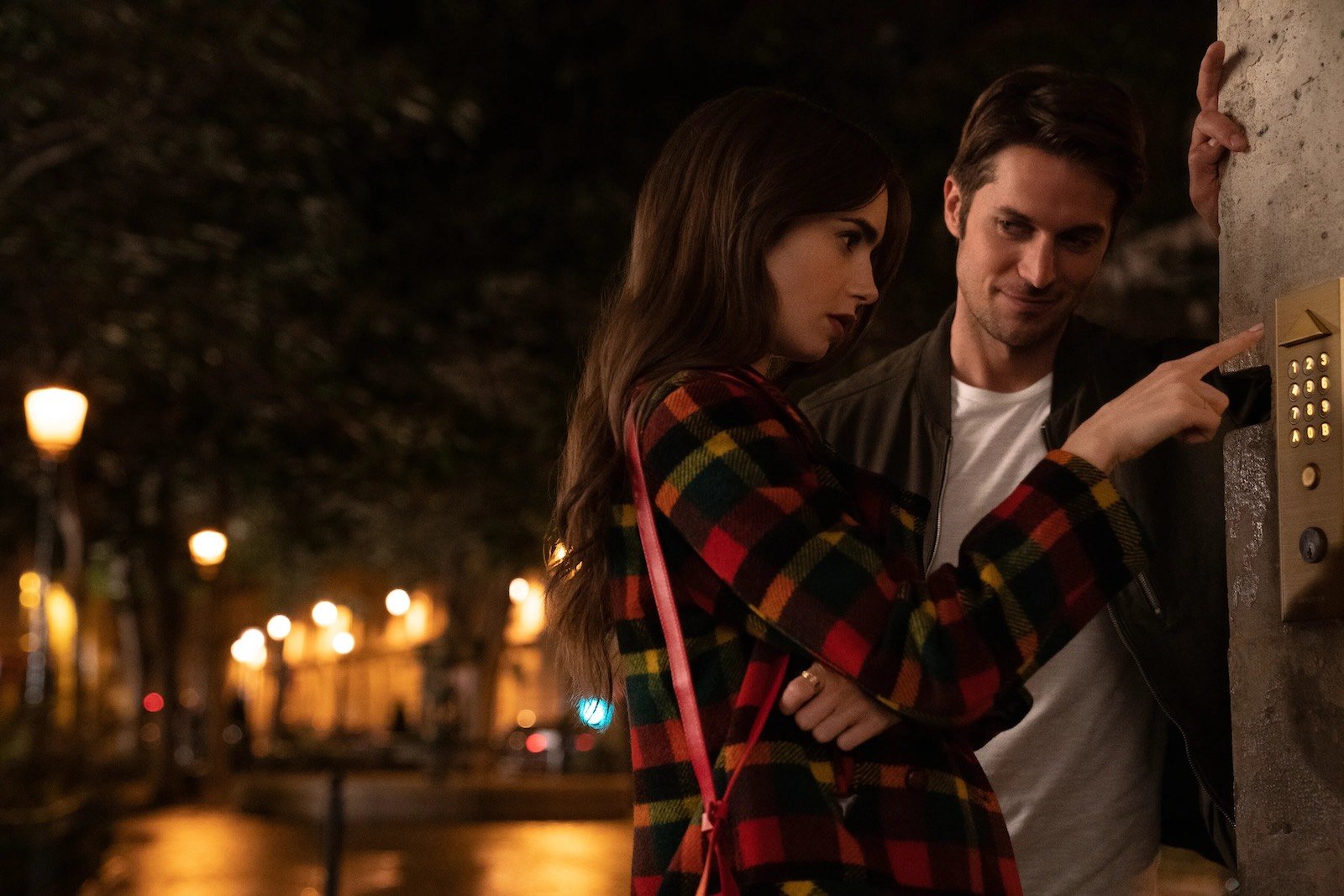 Emily’s new life in Paris is filled with intoxicating adventures and surprising challenges as she juggles winning over her work colleagues, making friends, and navigating new romances. Yet, it doesn’t take long to realize that Emily has no clue what she’s doing.

Basically a clueless young American woman, Emily walks into a culture with which she’s made no effort to familiarize herself. For example, when she first meets her downstairs neighbor, Gabriel (Lucas Bravo), he tells her he’s from Normandy, and this woman, without blinking, says, “Oh, I know that beach; Saving Private Ryan, right?” (Sigh.)

Despite Emily’s fumbles, her journey is relatable to any American who studied abroad in Europe when they were young & stupid. Yes, Emily is supposed to be an adult woman from Chicago with a Masters degree and disdain for Lou Malnotti’s deep dish. 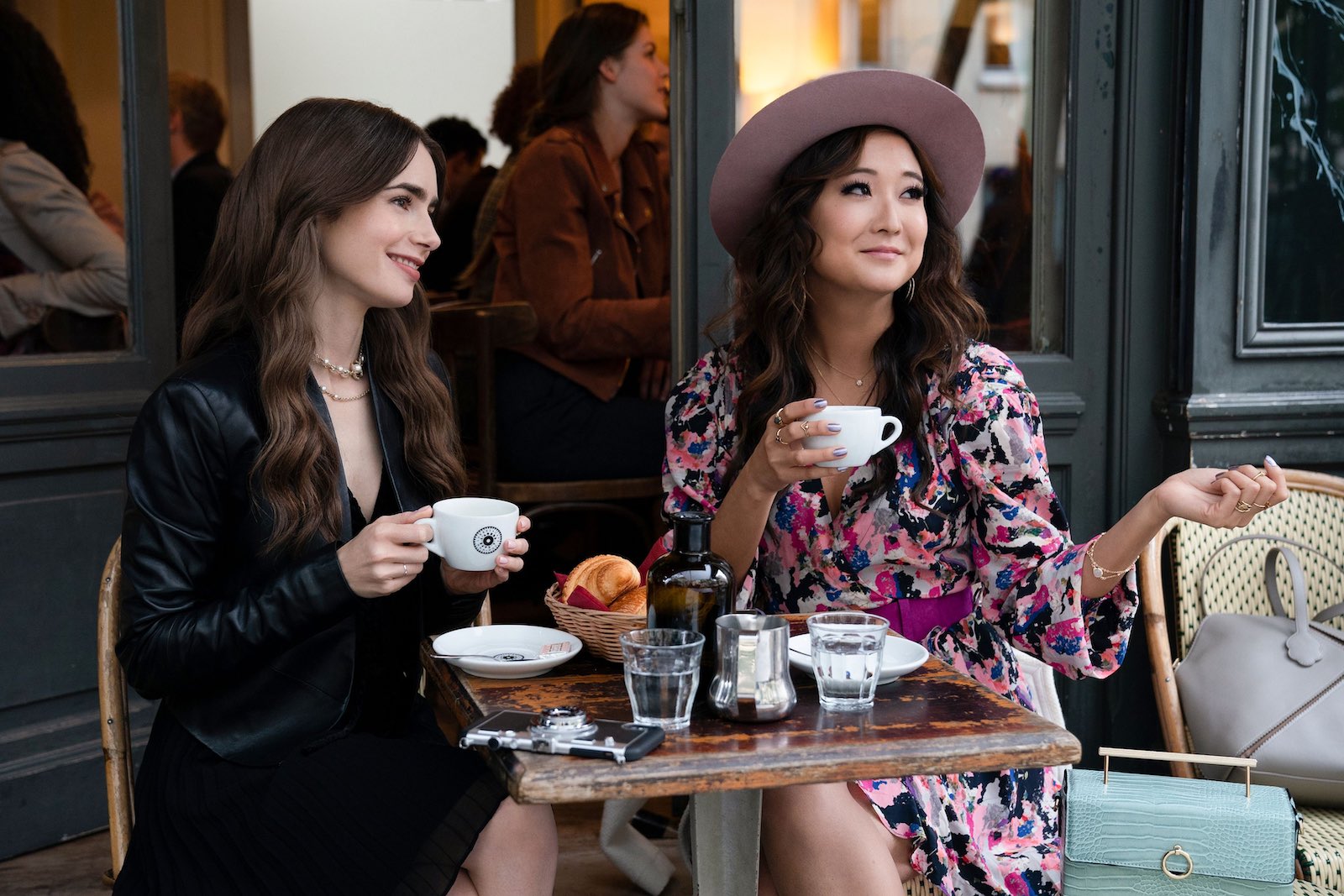 However, she’s living a glamorous life in Paris in 2020 while the rest of us are getting fall-themed face masks shilled to us by Instagram. Seriously, the series is our best option for escaping real life in 2020.

Emily gets to run around in Paris, go to restaurants, have awkward, inappropriate interactions with her boss, and have sex with mediocre men without a care in the world. She doesn’t have to quarantine for two weeks before going to her parents’ for the weekend, or wear a mask as she makes any of her dozens of terrible choices. Emily is free to be an ignorant American in Paris, and that is reason enough to watch.

Collins, speaking at a PaleyFest even said that shooting Emily in Paris was very much “life imitating art” and full of “meta moments” where her real-life experiences in the European city mirrored those of her character. 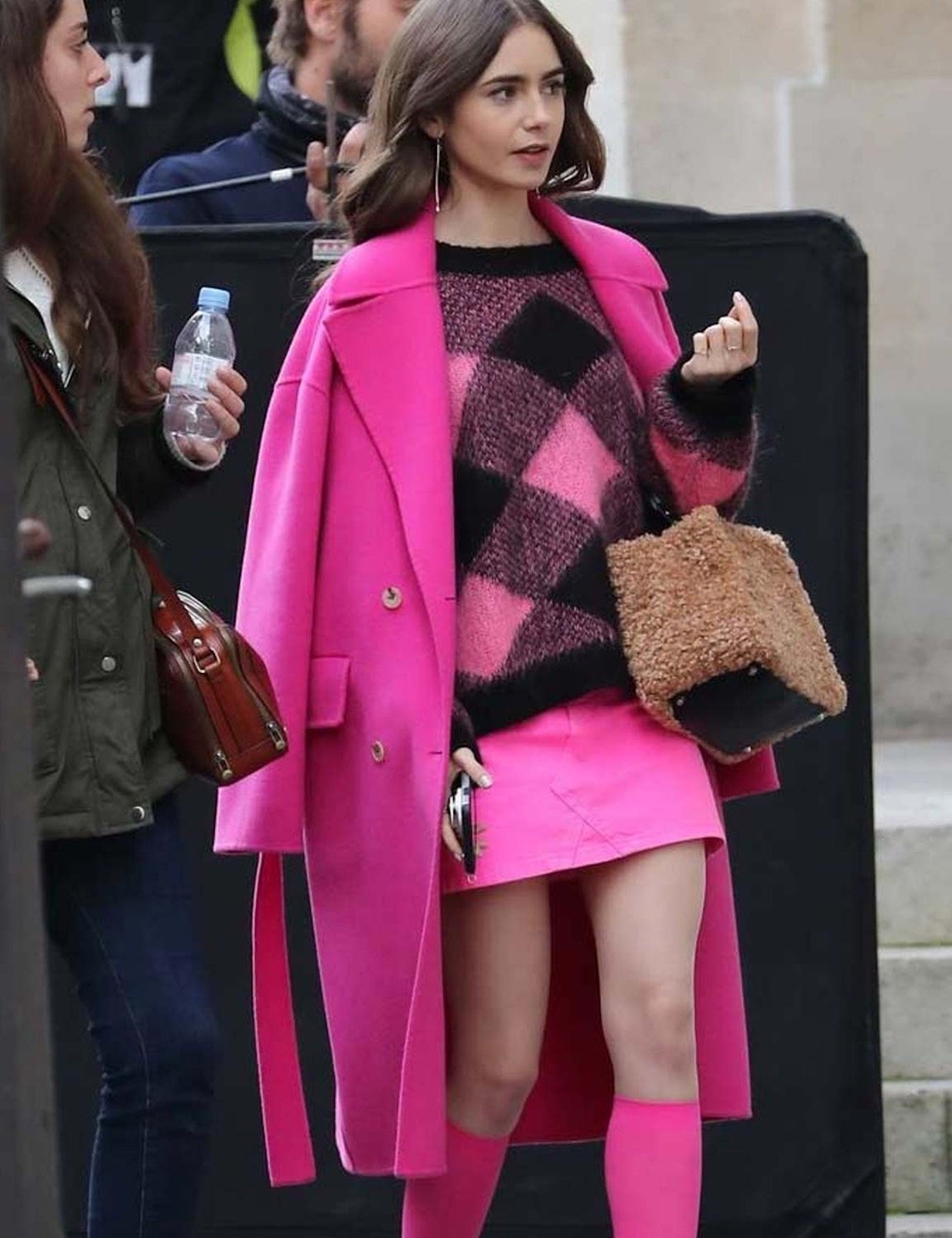 Emily in Paris was created, written, and executive-produced by Darren Star (Younger, Sex and the City). Tony Hernandez & Lilly Burns of Jax Media also executive produce alongside Andrew Fleming. Collins is a producer of the half-hour series. Produced by MTV Studios, the series was filmed on location in Paris and across France.

Since its October 2 debut, Emily in Paris has been a breakout word-of-mouth hit for Netflix. While the streamer does not release traditional viewership data, measurement company Nielsen said subscribers watched more than 676 million minutes of the series within its first week of release. The series has been a mixed bag with viewers & critics alike, drawing a 64% and 60% rating, respectively. 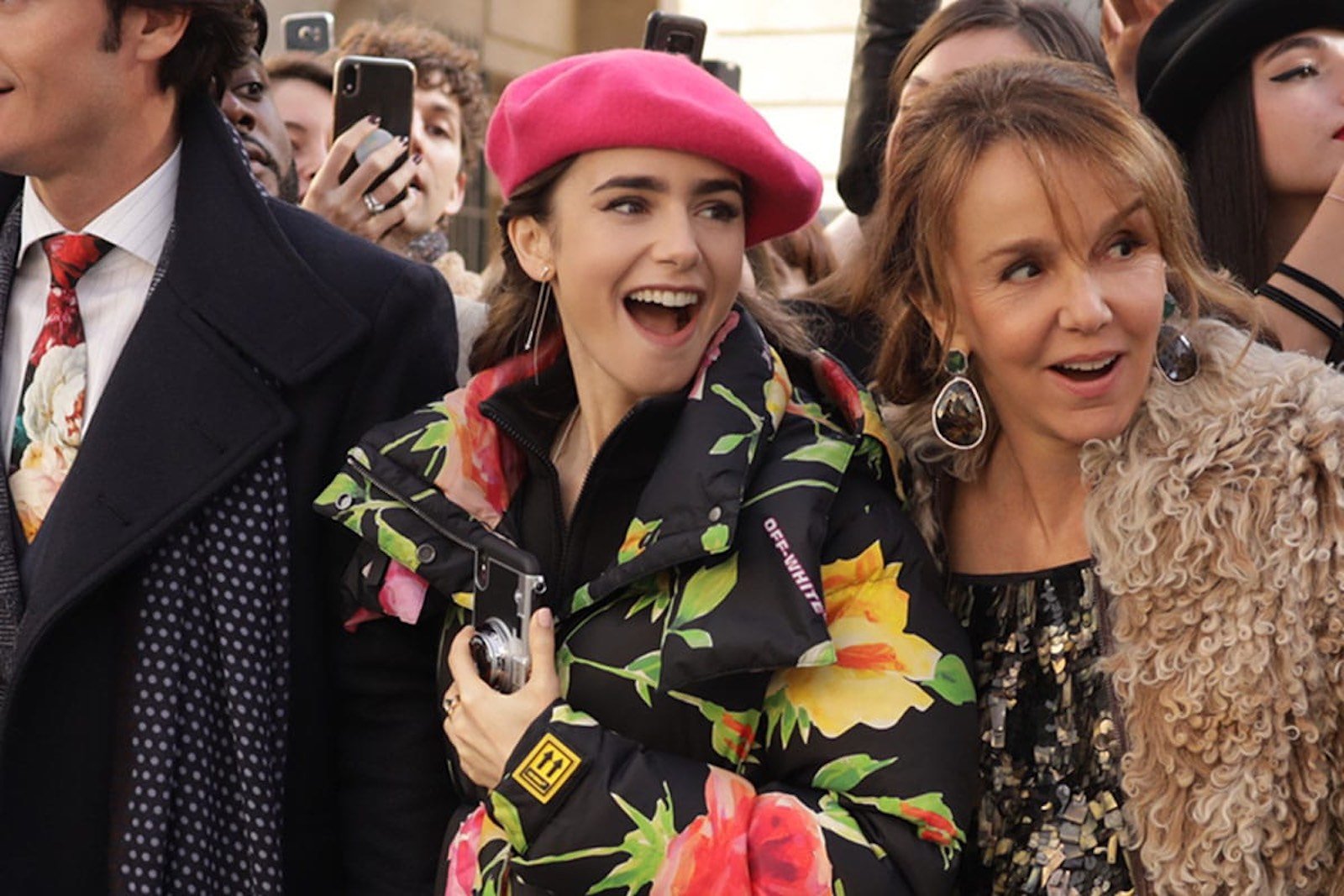 The French press, meanwhile, was not particularly kind to Emily In Paris, with local critics blasting the show for perpetuating stereotypes of the French, glorifying an unrealistic version of Paris and absurdist plotlines, according to The Hollywood Reporter.

“The show is a love letter to Paris through the eyes of this American girl who has never been there,” Star told The Hollywood Reporter as part of a Creative Space interview last month. “The first thing she is seeing is the clichés because it’s from her point of view. I’m not sorry for looking at Paris through a glamorous lens. It’s a beautiful city, & I wanted to do a show that celebrated that part of Paris.”

As for Emily In Paris season 2, Star had not yet decided if the novel coronavirus pandemic will be written into its creative. “I have ideas but I think it’s a big question mark about what effect that has on the show and the storytelling,” he told THR. The French still hate it.